JAMES Lileks has looked beyond the shards of lard and war-effort carrot stuck between our grey teeth to DIY British fashions of the mid 20th Century.

We kick off with…

Lovely bird – drove the lads down at the Enigma labs just mad, except for that chilly Turing fellow – but there doesn’t seem to be enough of her. The more you look at her, the more she looks like a doll that’s been put together from different parts, half of which were attached backwards. But it’s a nice jumper. 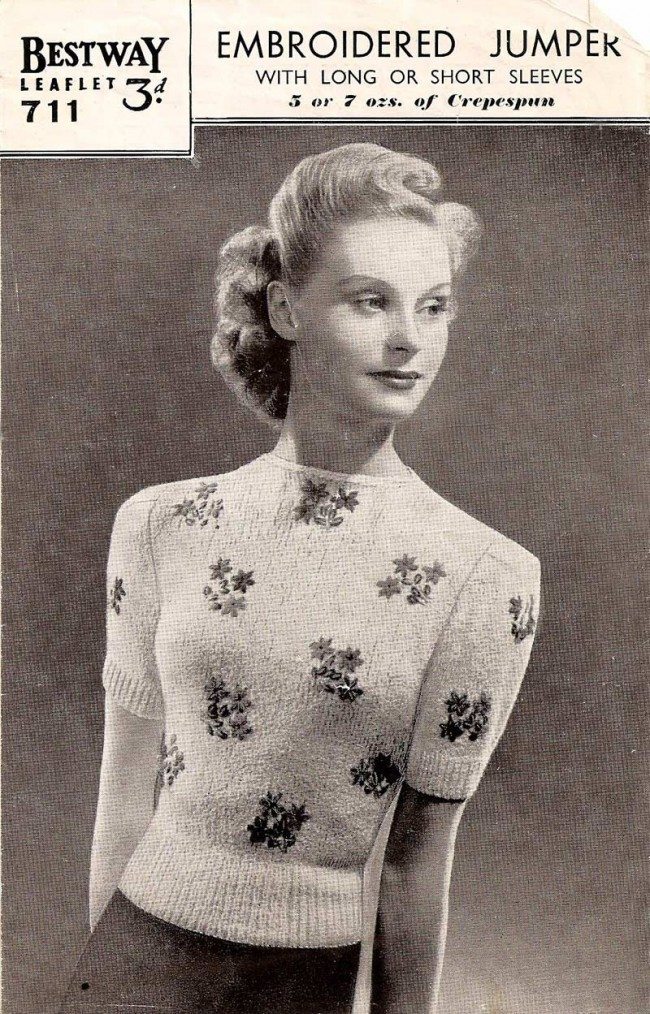 When in Brighton, give her a call; tell her Pinky sent you.

Nice classic look. She seems as if she’s about to flash someone – hello, guv’nor, take a look at the shockingly alluring sight of my inner sweater. 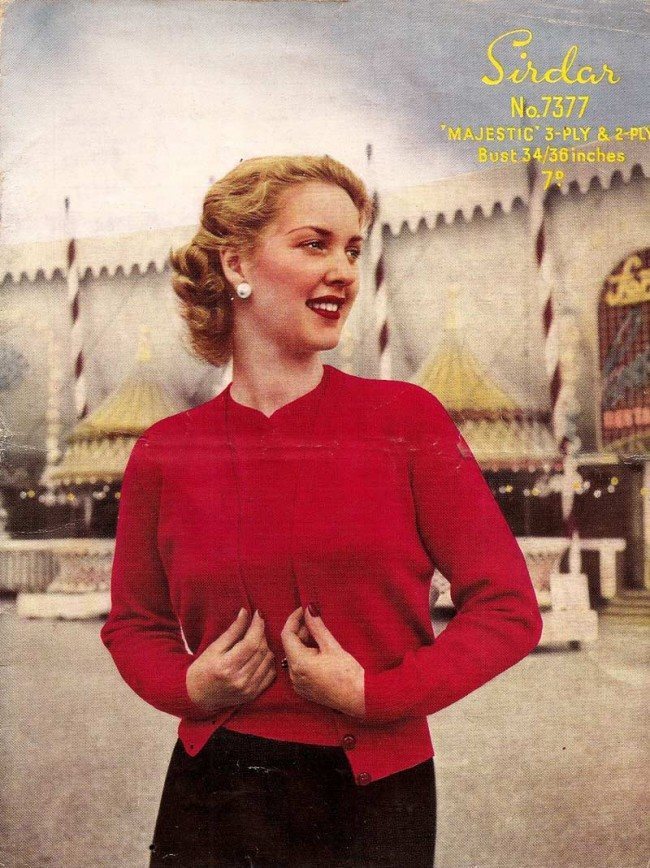 I like the shirt and the tie and the color of the sweater. But what is it with these models and their enormous waxen hands?

We’re in the early-mid sixties here, and while things are mod, they’re not unduly so. Notions of taste and decorum still apply; men are encouraged to look sharp. This fellow looks as if he could be called upon to get up in a plane and shoot down Jerries, if the need arose. Which it possibly could. Bloody Jerries! 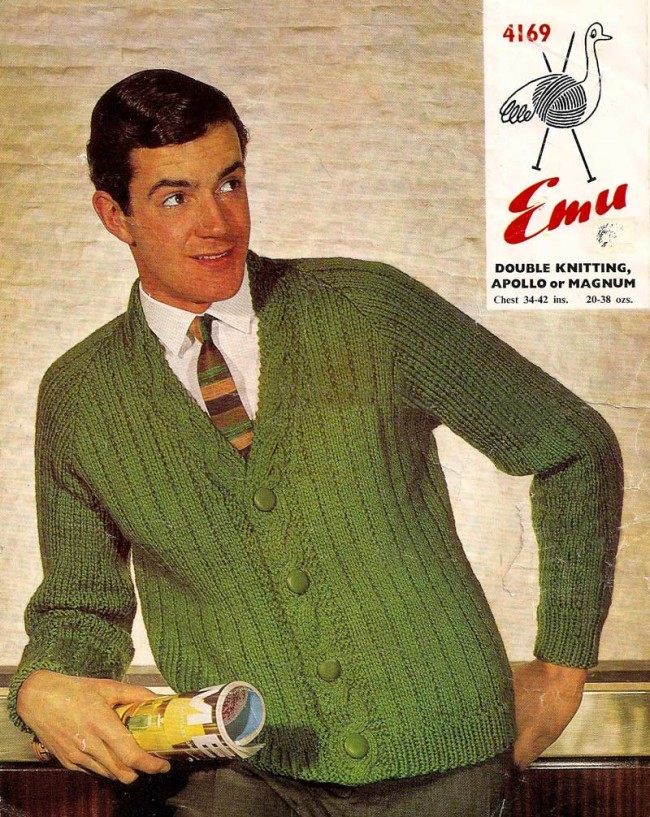 And now the change begins. (Except for the thick-wrist condition, that is.) The pattern is one thing. It’s the unisex idea that marks it as a product of the New Era. Why, the two could be interchangeable. 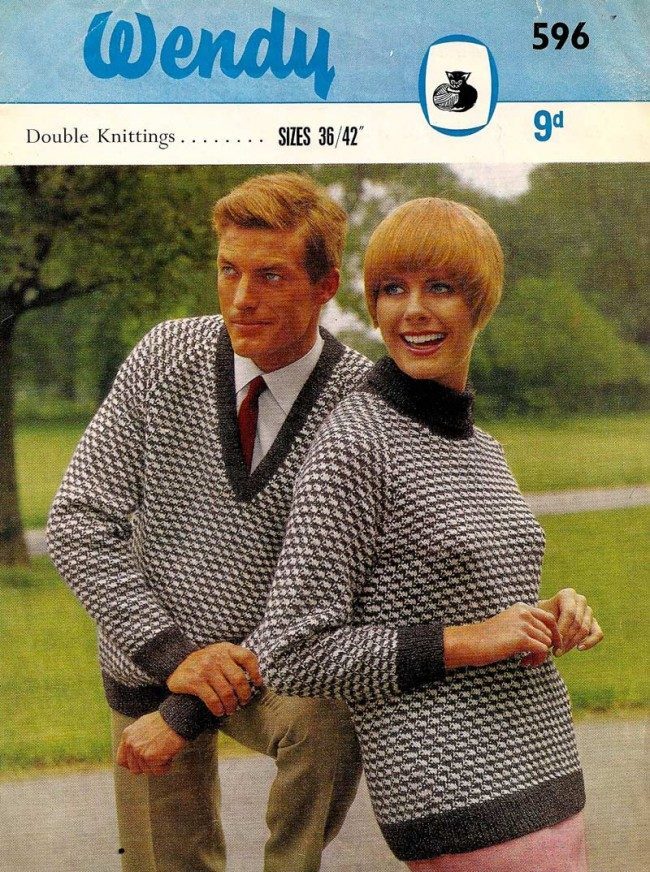 She looks familiar. I’m convinced she had a minor role in some ITC show that ran in syndication years later in the States. Interesting looking woman – almost exotic for the target market.

I am slightly bothered by the fact that she’s wearing a man’s scalp, and can’t even be bothered to put it on straight. 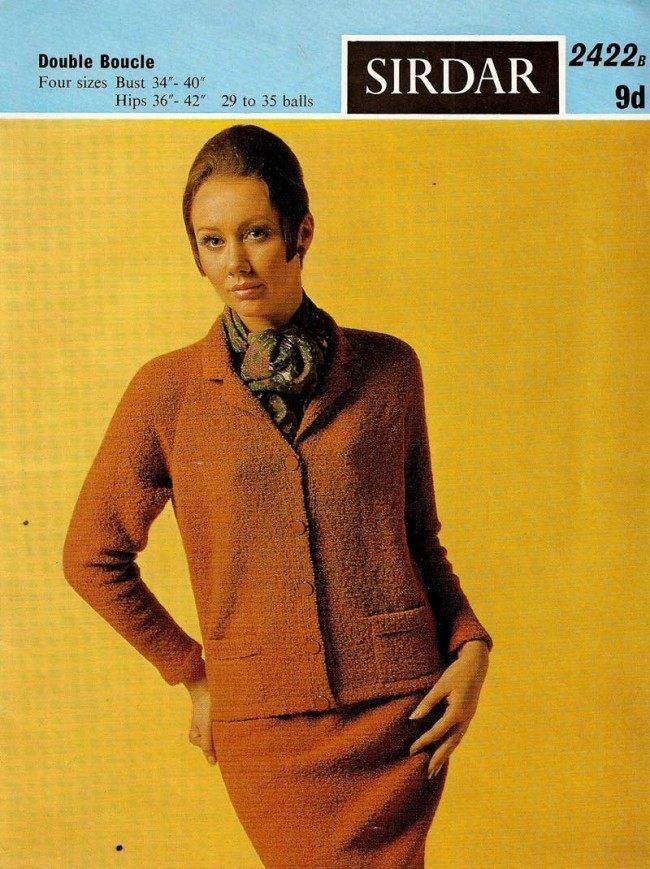 Dear, adjust your collar, the points are – oh, nevermind, you’re the pretty one, no one will care. I’ll just stand over here wearing what appears to be a Navajo swimming cap. 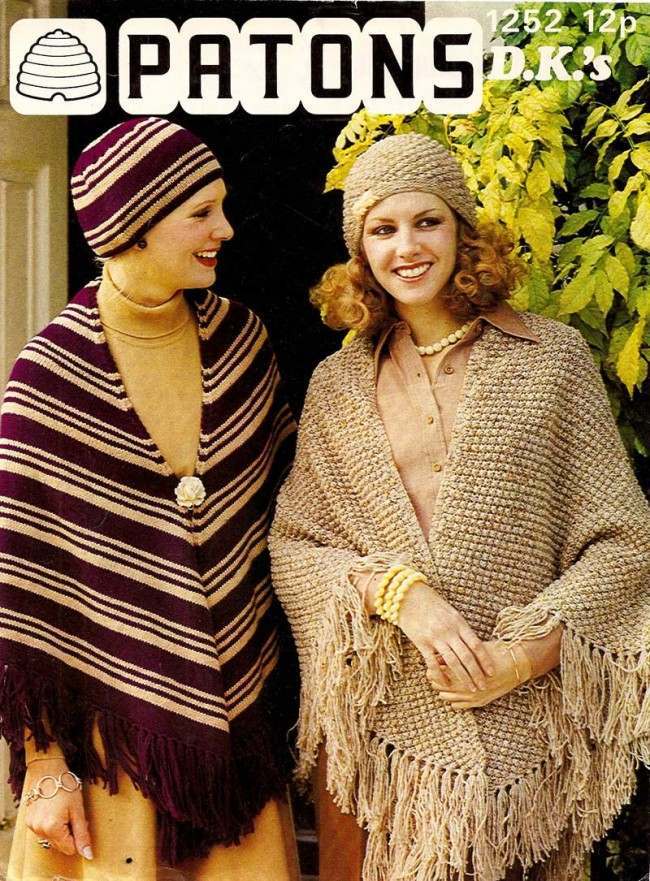 Mum and dad look for any more yarn. Daughter Jane looks away from them towards the quieter sun. 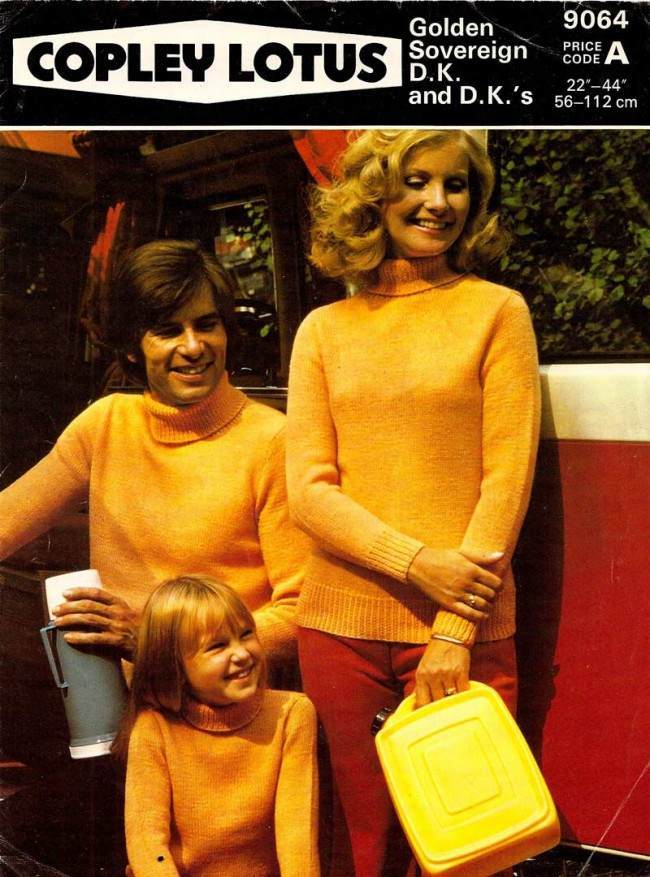 Will Farrell shares a carefree moment, unaware she’s thinking “I made that from the same pattern as mine and he’ll never know! We match, but it’s on a deeper level than I’ve ever known before!” 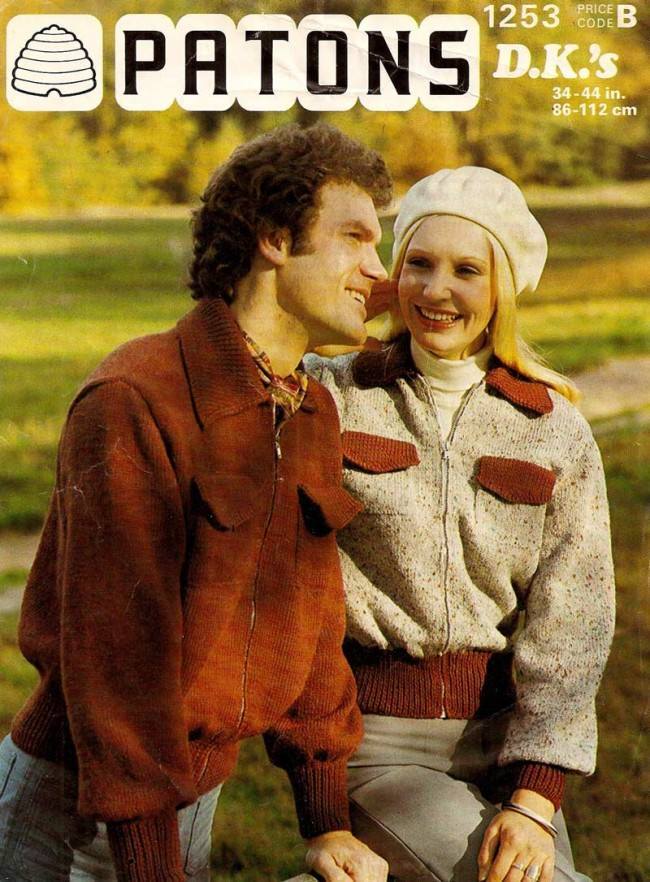 Continue the yarn at Lileks.