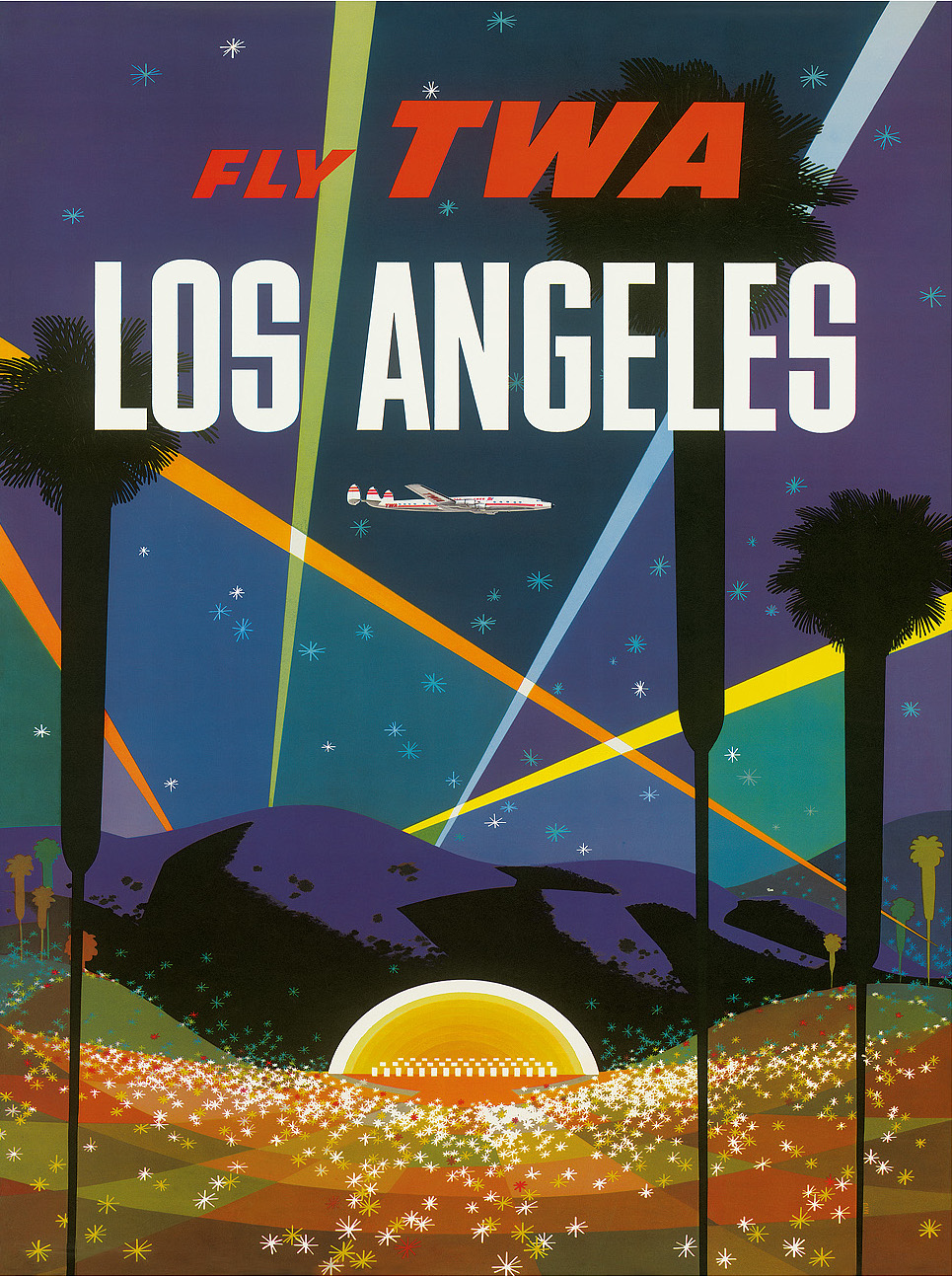 The illustrator and artist David Klein is best known today for his glorious posters for the Howard Hughes owned Trans World Airlines in the 1950s and 1960s. TWA at the time was one of the world’s most well known and admired airlines. It became the first airline to hire an African-American stewardess, the first to show in-flight movies and one of the first to start using the Boeing 747 or the ‘Jumbo Jet’ as it quickly became known. In 1962, TWA opened their revolutionary and still acclaimed JFK terminal.

Klein was born in El Paso, Texas in February of 1918. He moved to California where he attended the Art Center School in Los Angeles. Soon after World War 2, during which he illustrated Army manuals, David Klein travelled to New York and lived in Brooklyn Heights, where he would stay for the next 60 years. In 1947, David Klein became an art director at Clifford Strohl Associates, a theatrical advertising agency, and started illustrating many of Broadway’s best-known shows of the period.

David Klein is best known, however, for his influential work in travel advertising – specifically the TWA posters. These influential and almost timeless posters still look extraordinary and “define the excitement and enthusiasm of the early years of post-war air travel.” 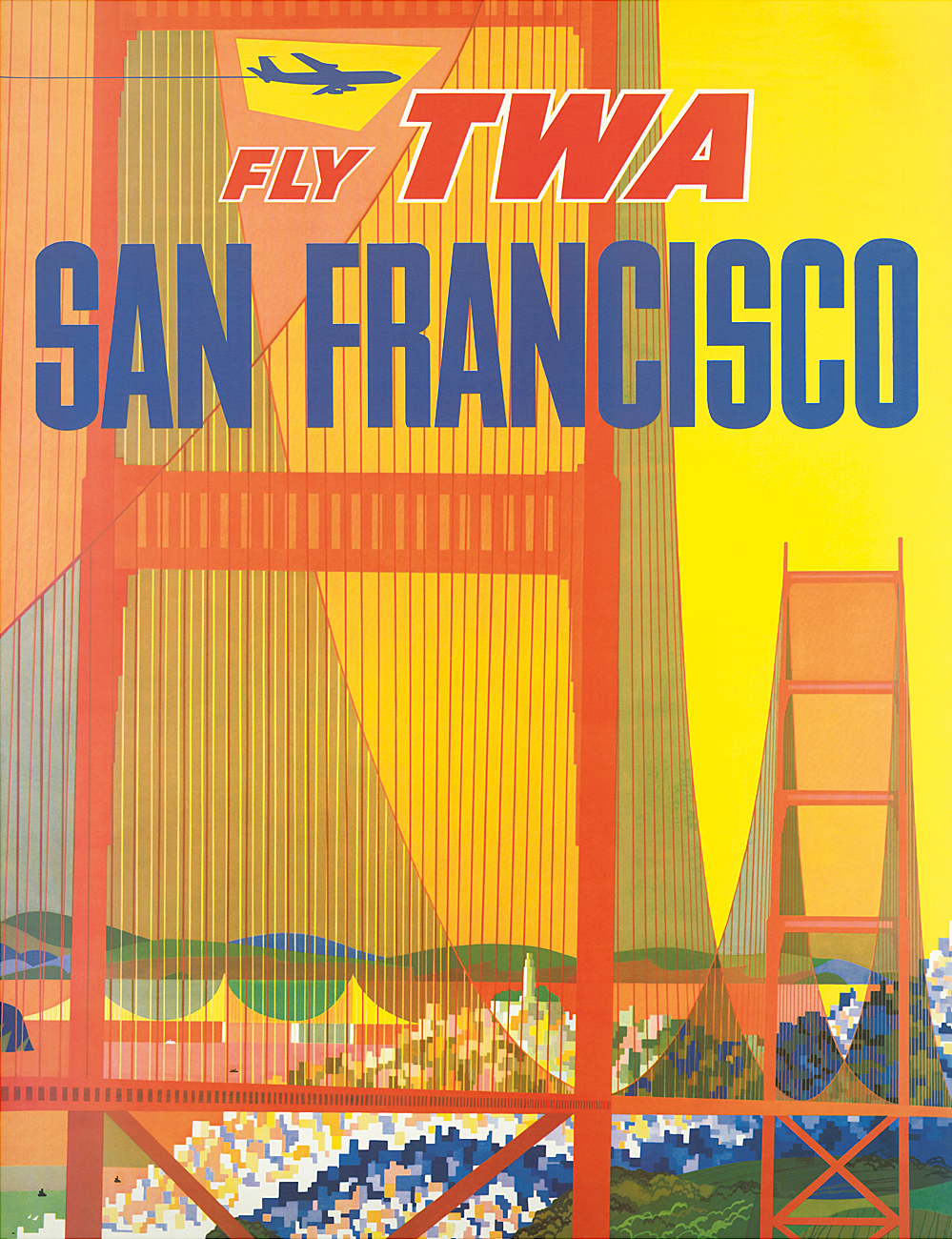 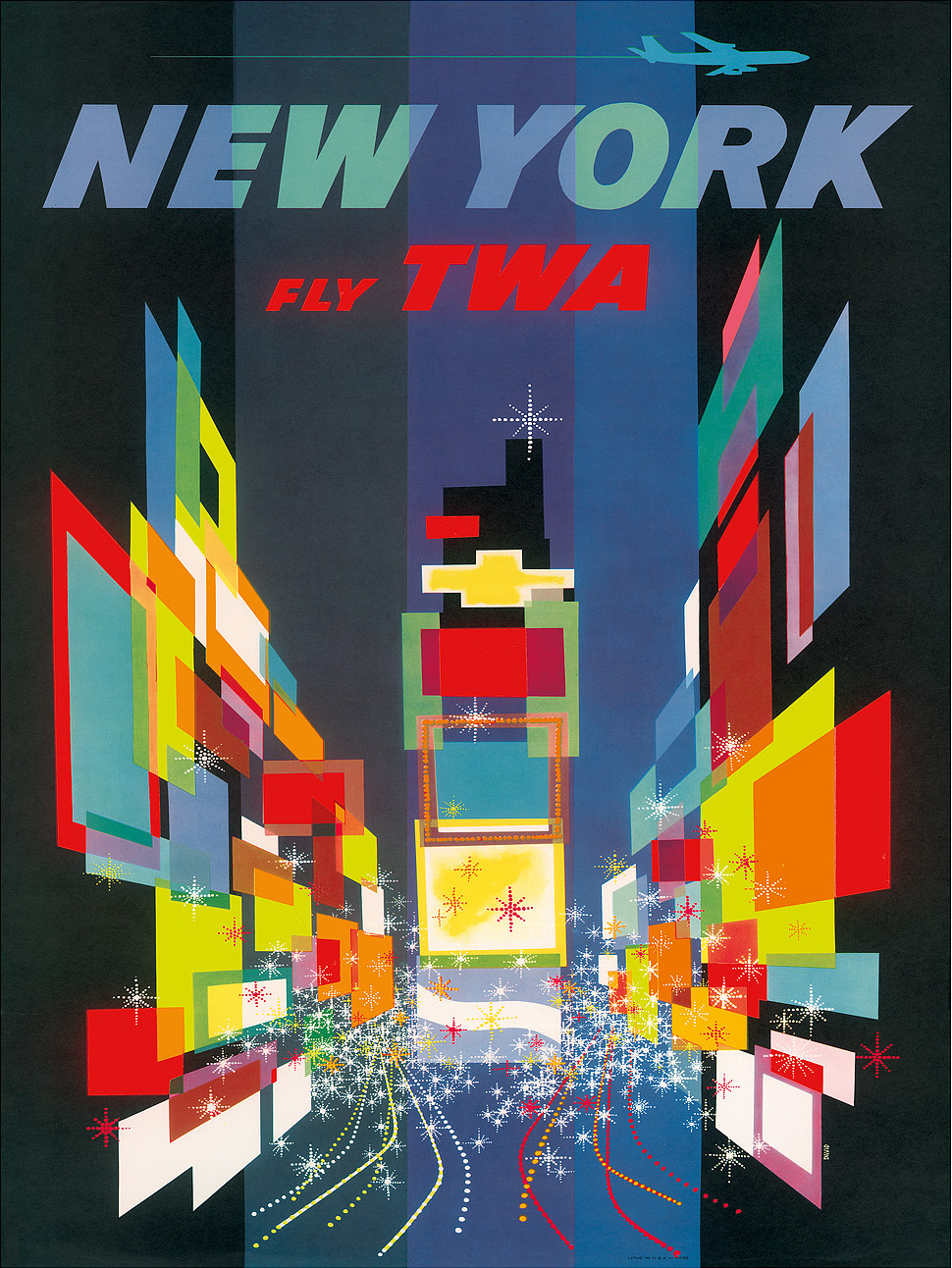 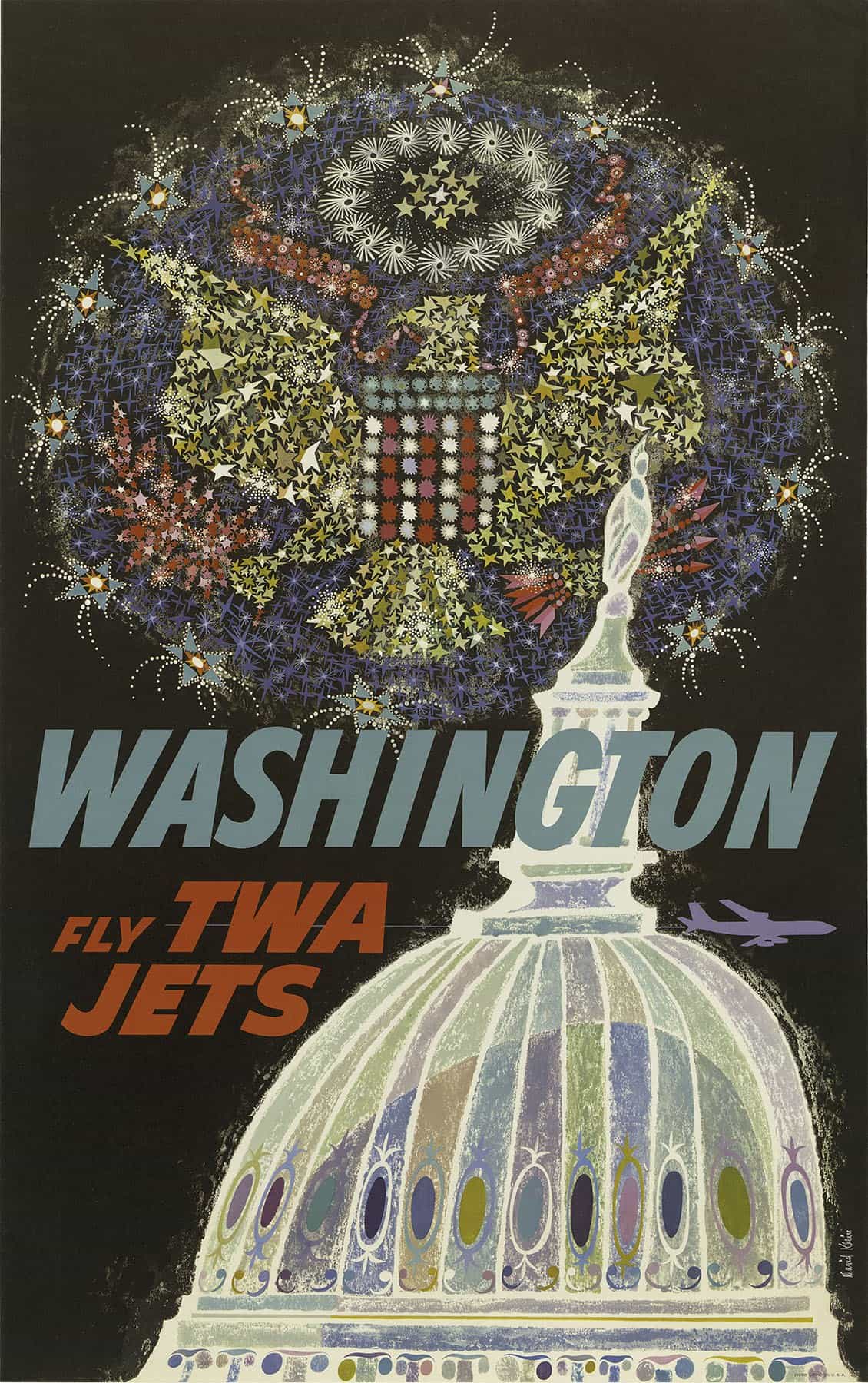 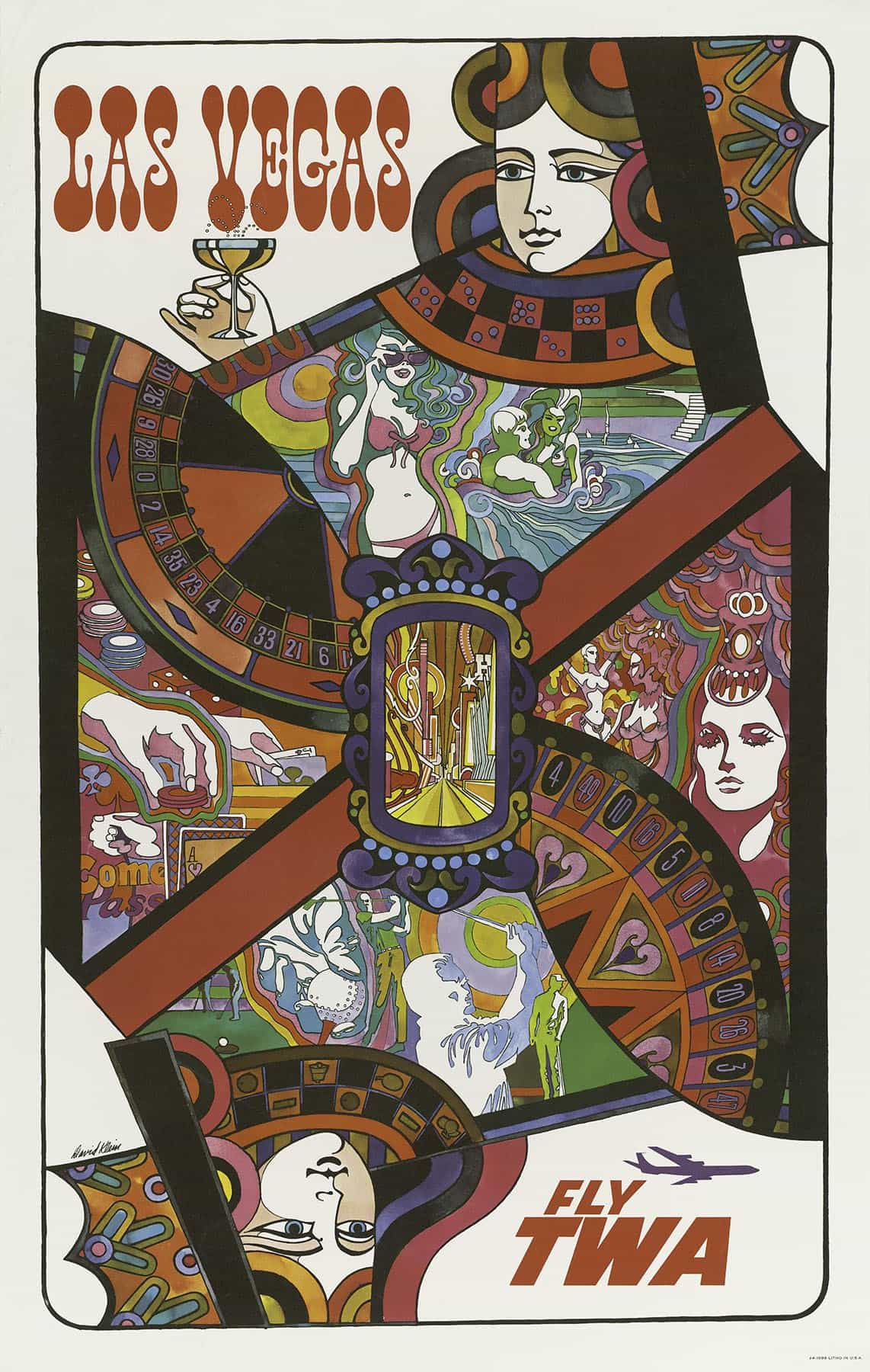 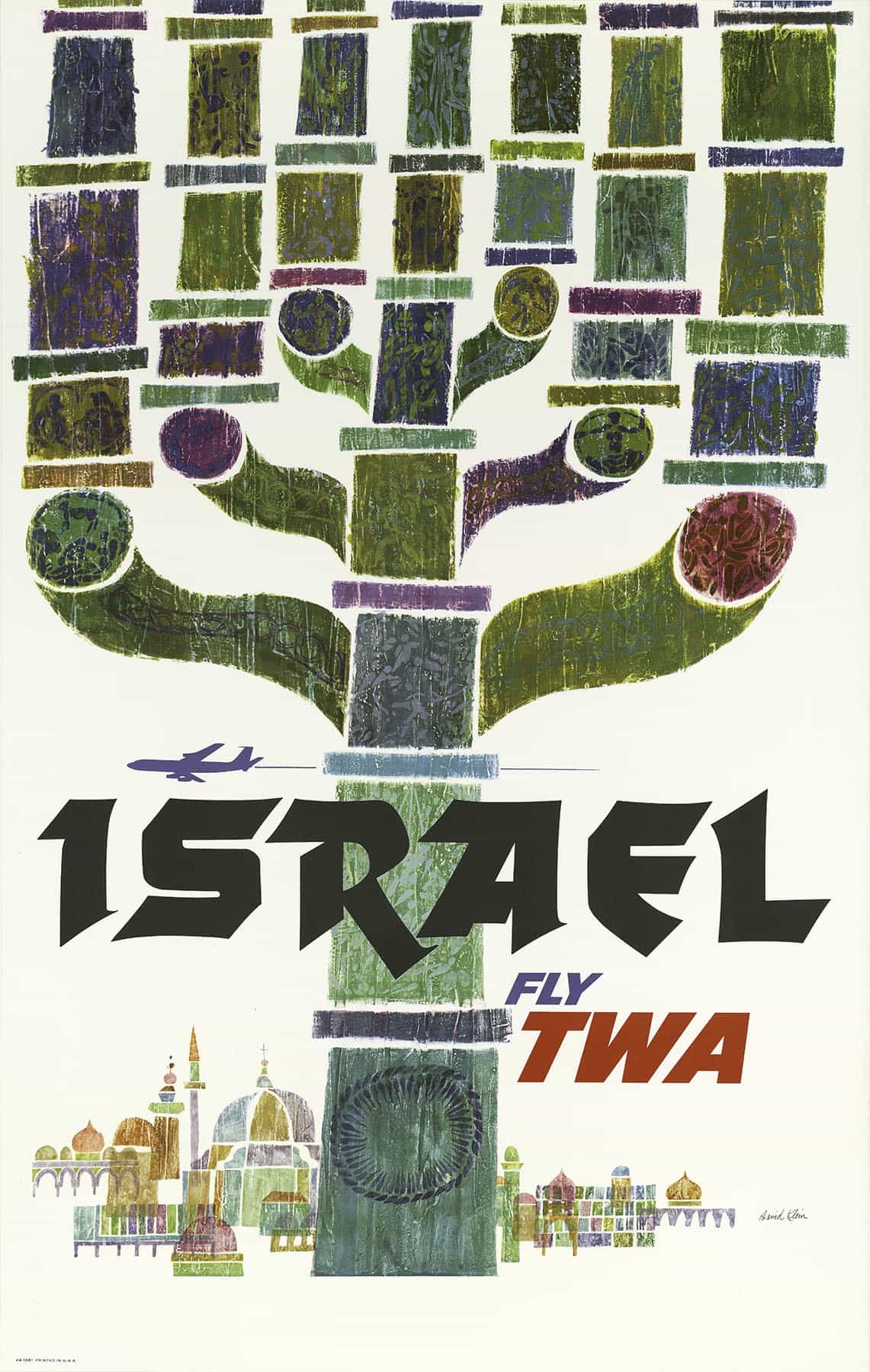 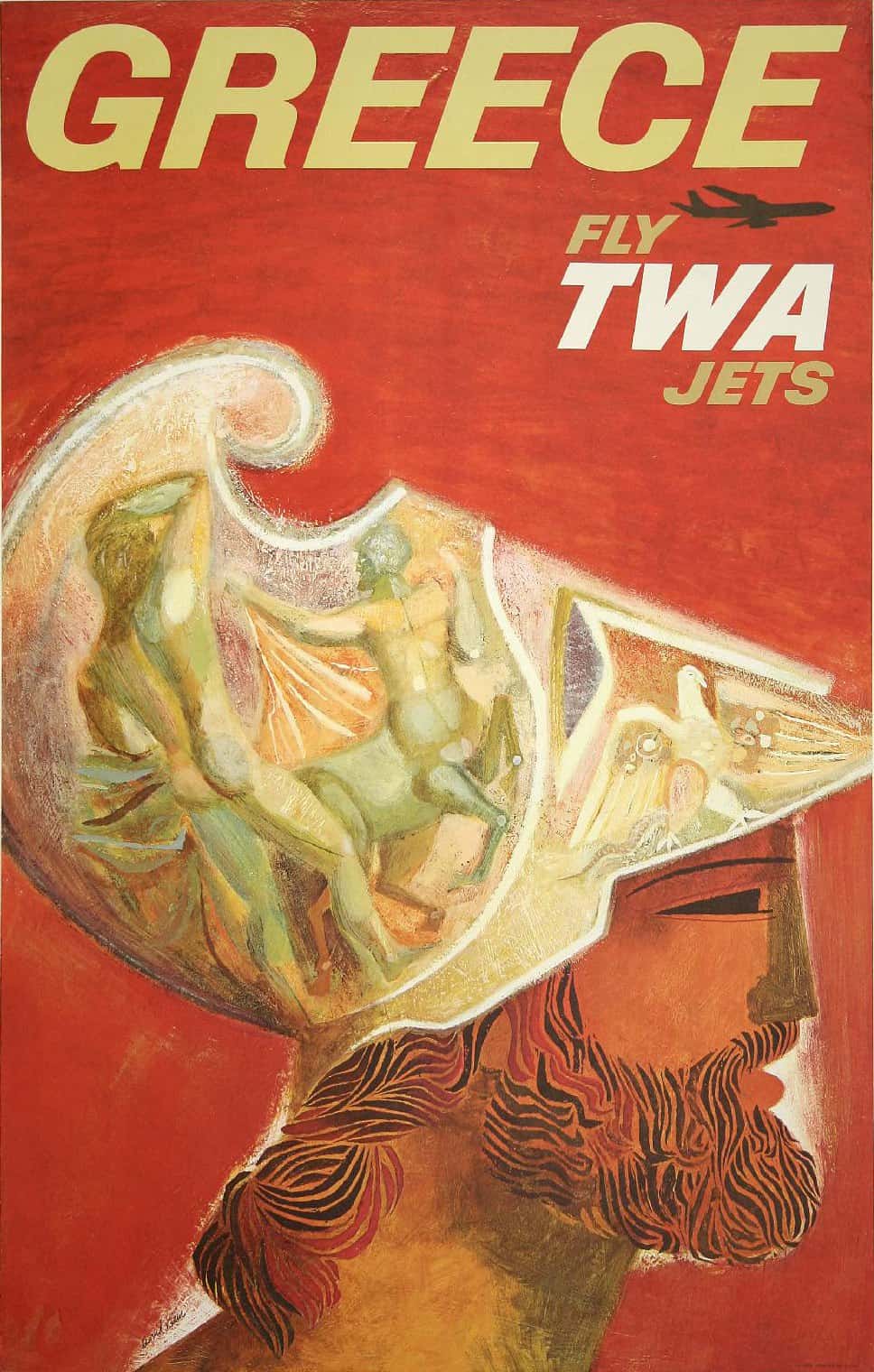 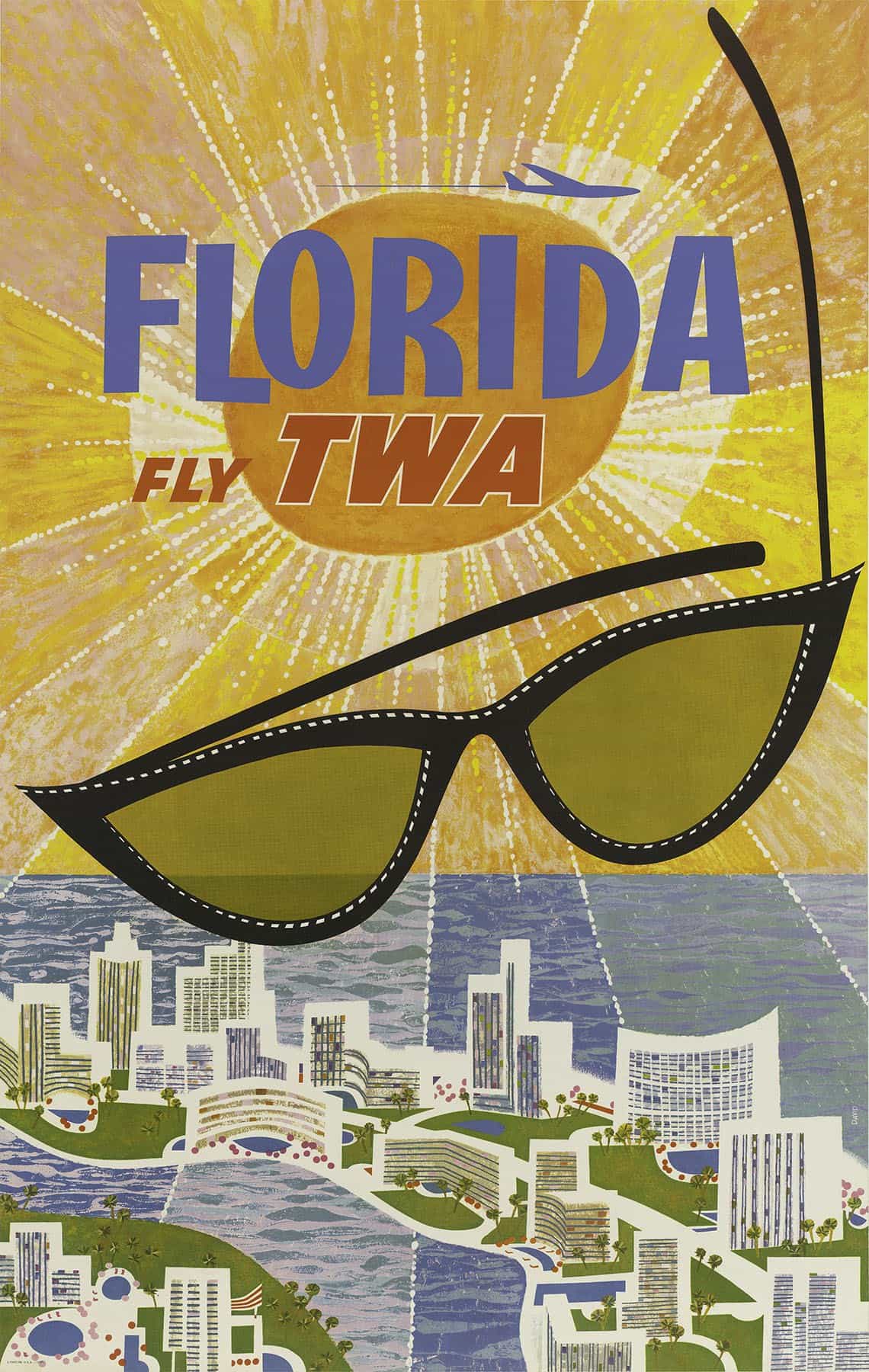 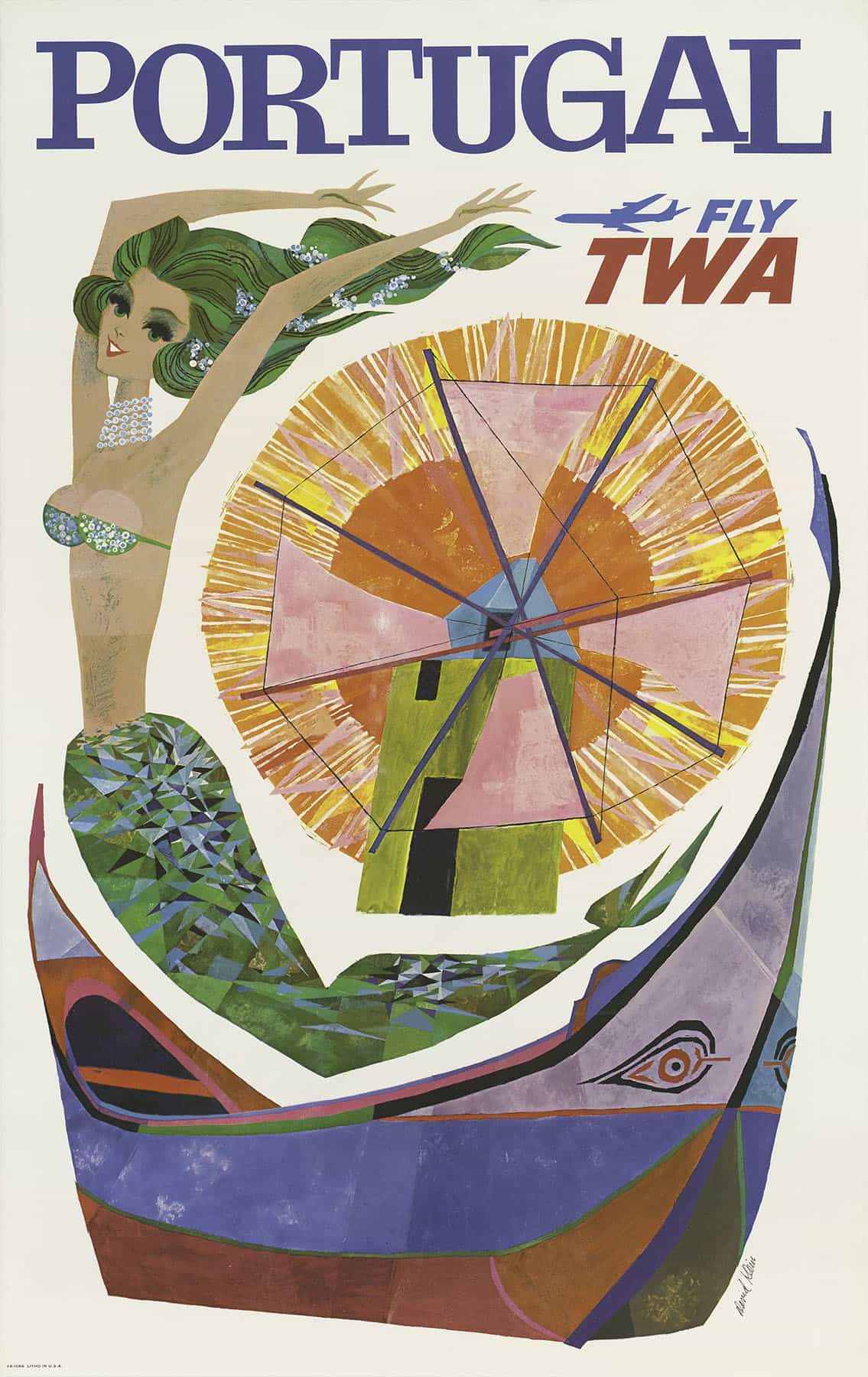 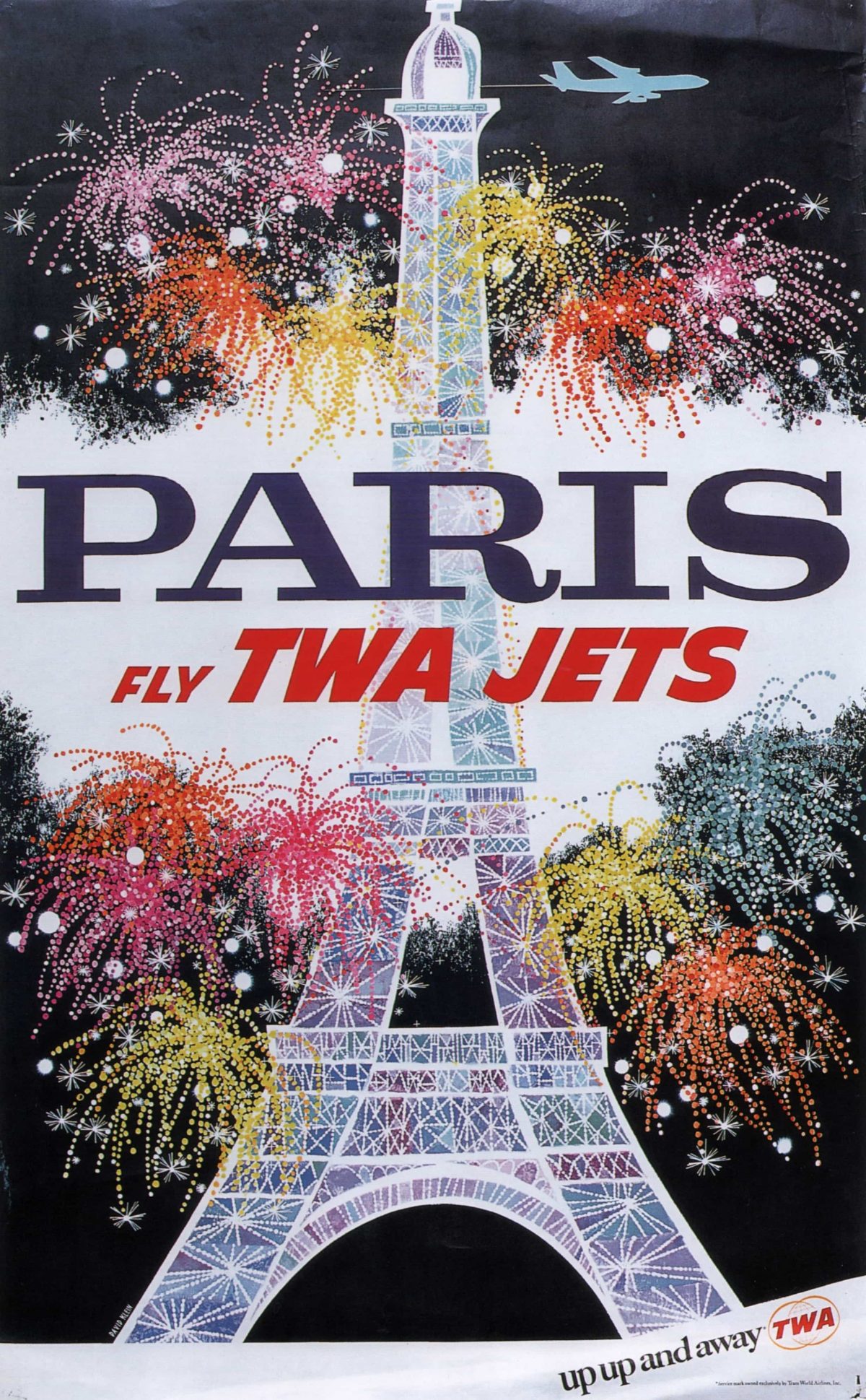 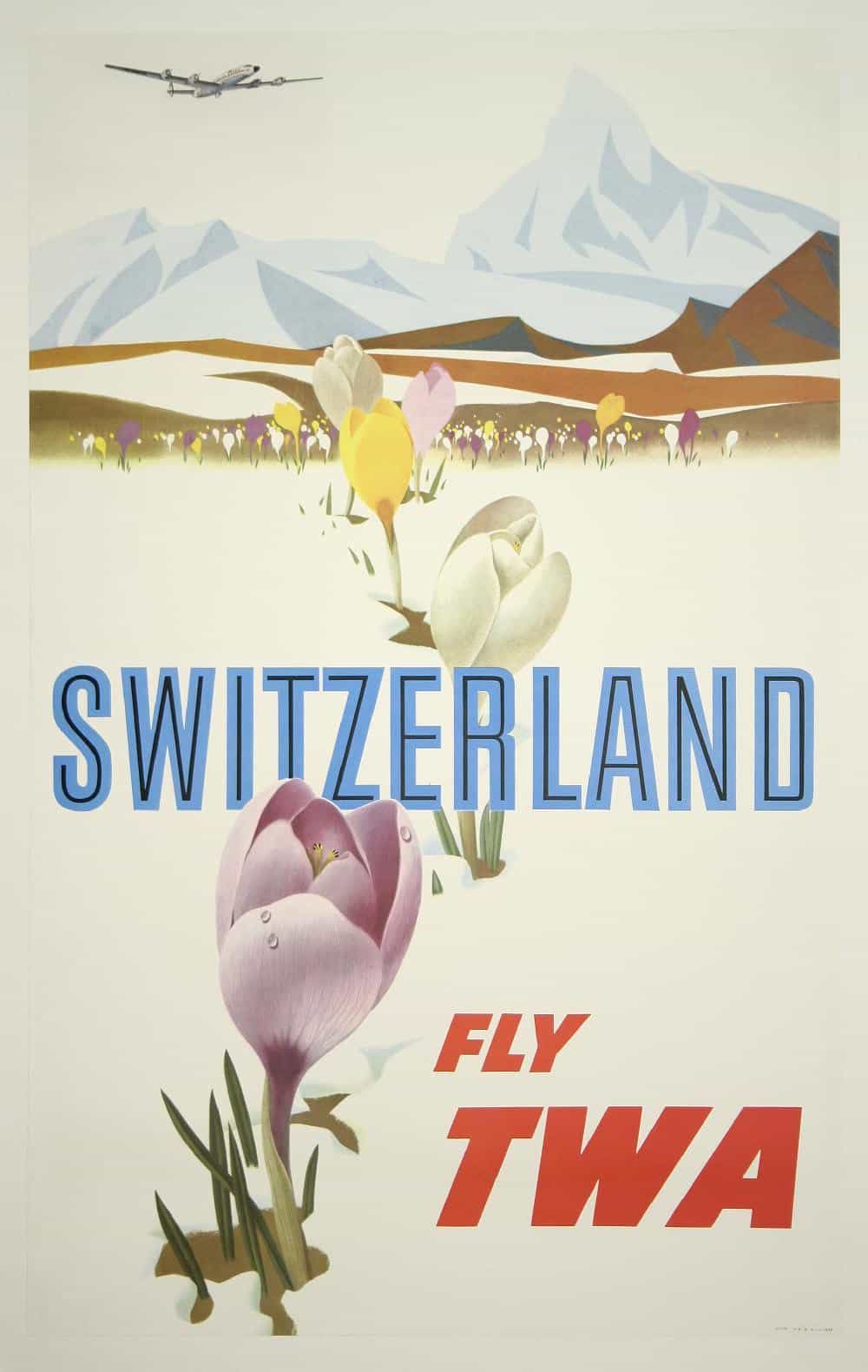 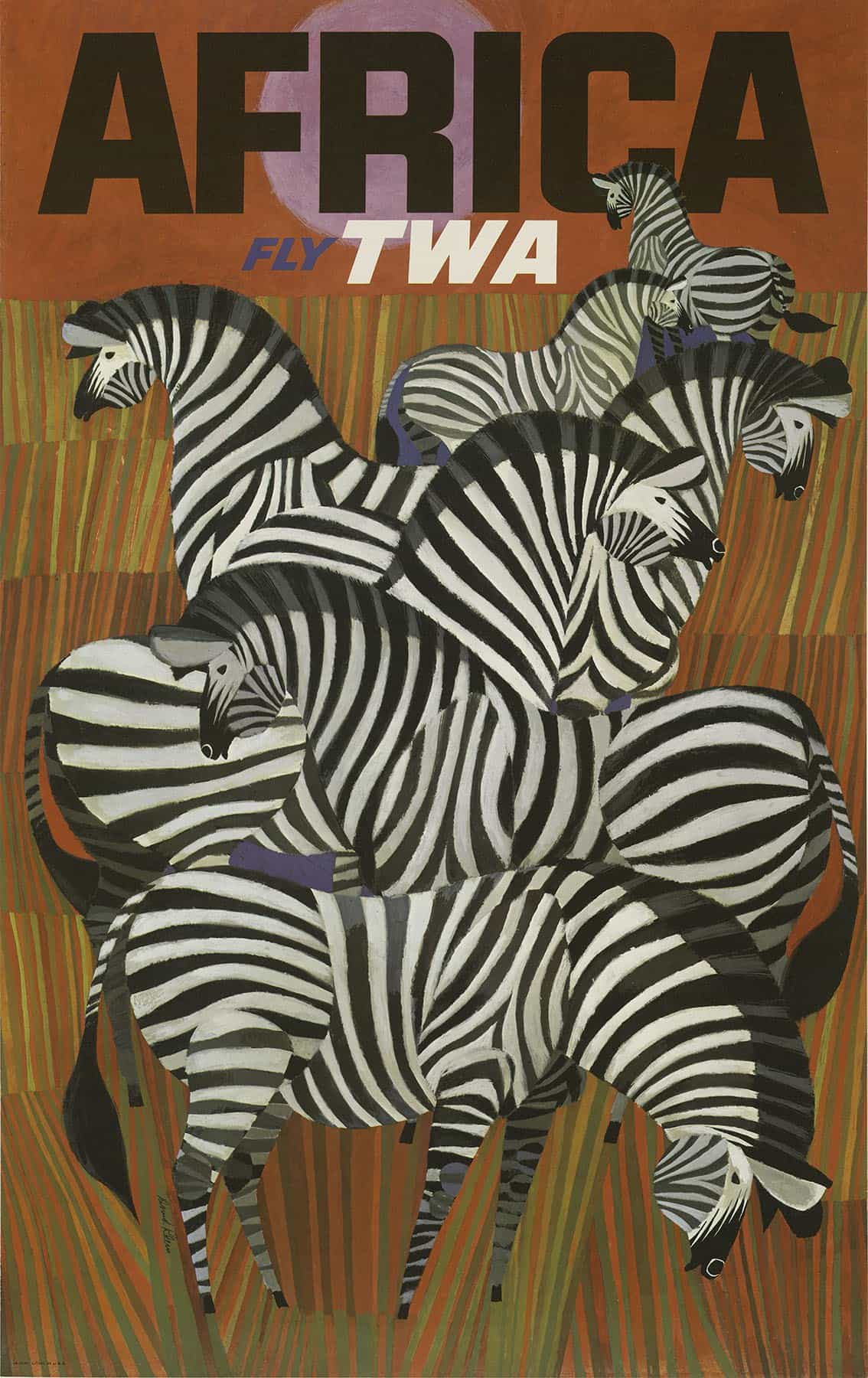 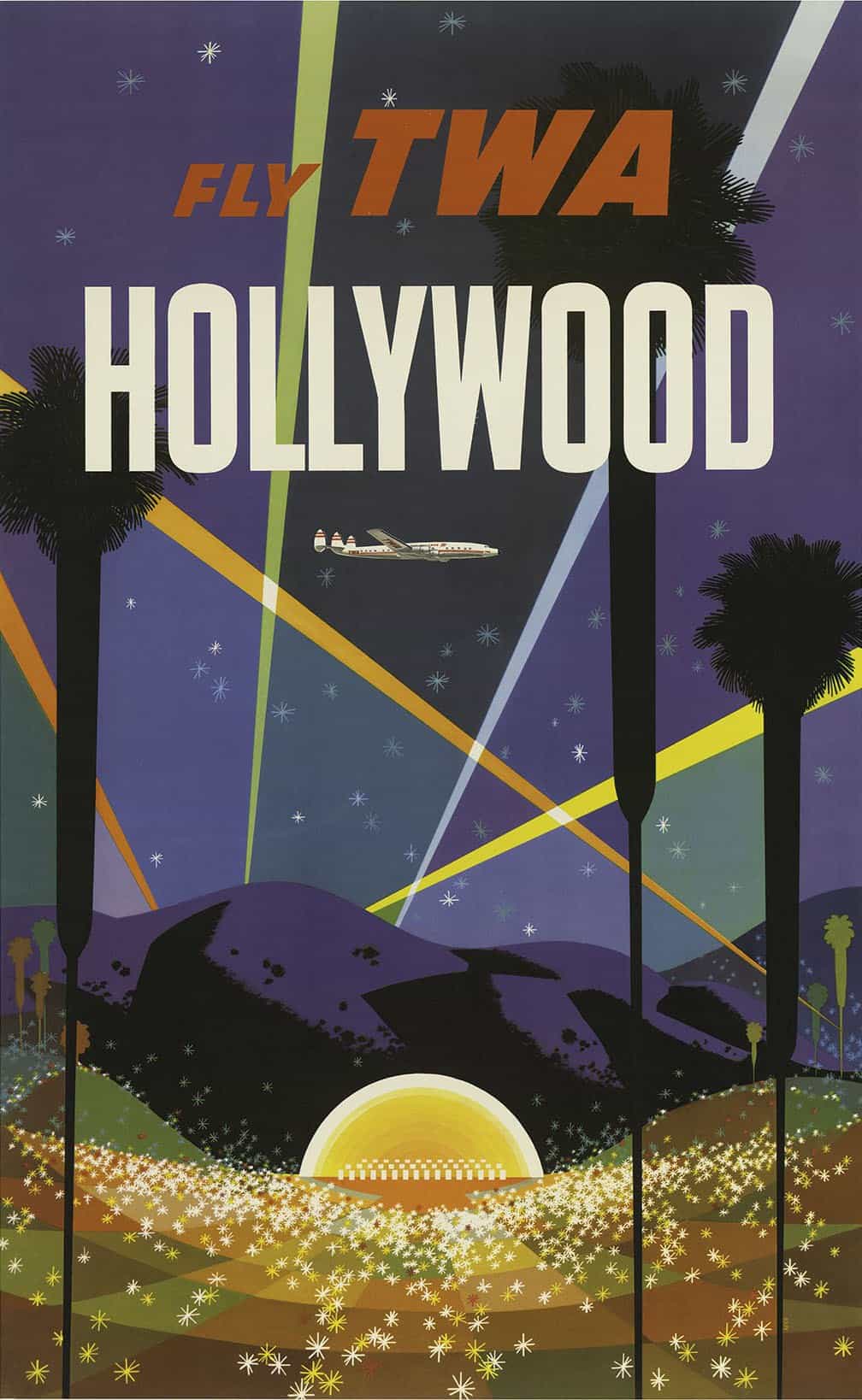 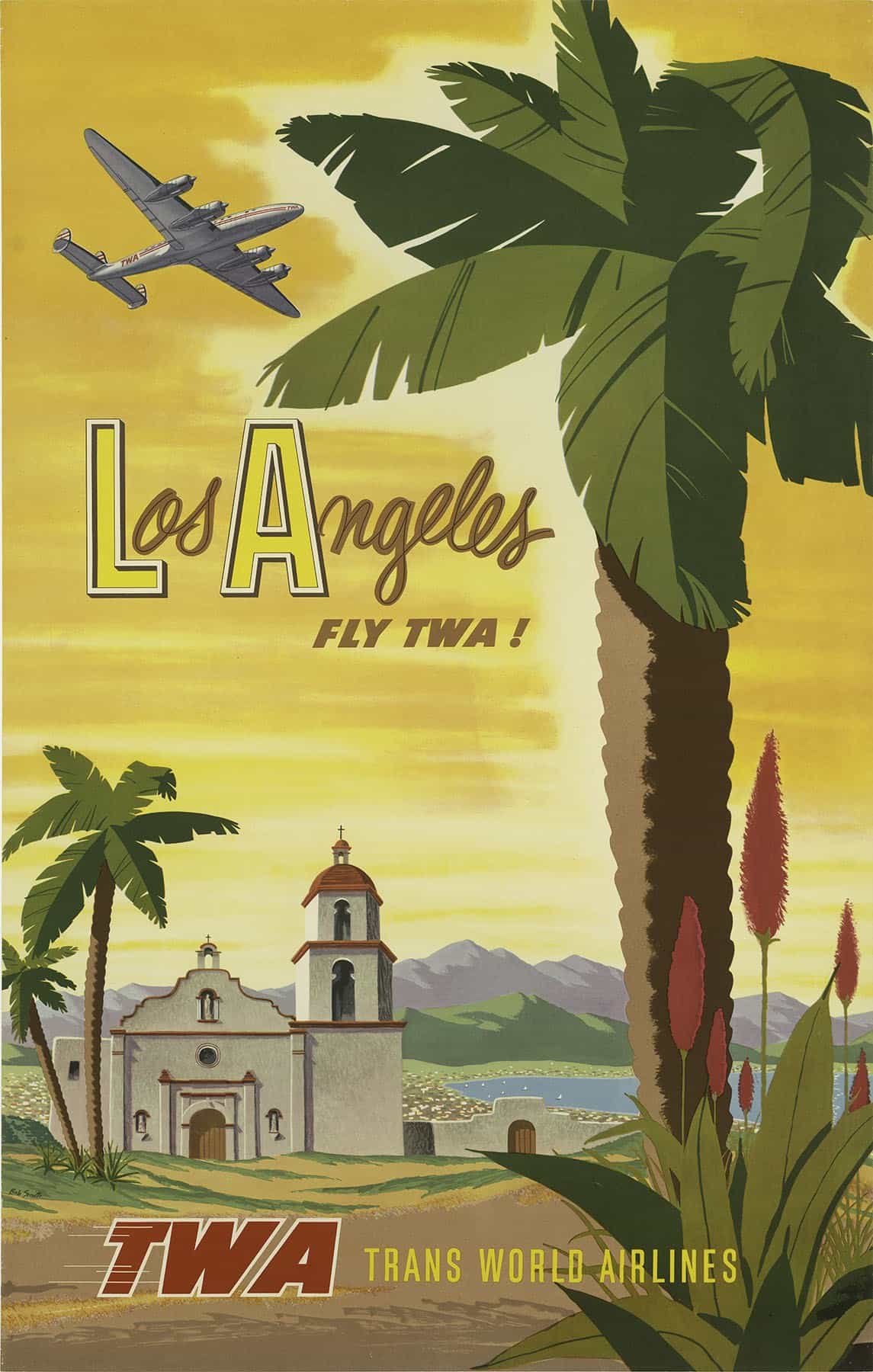 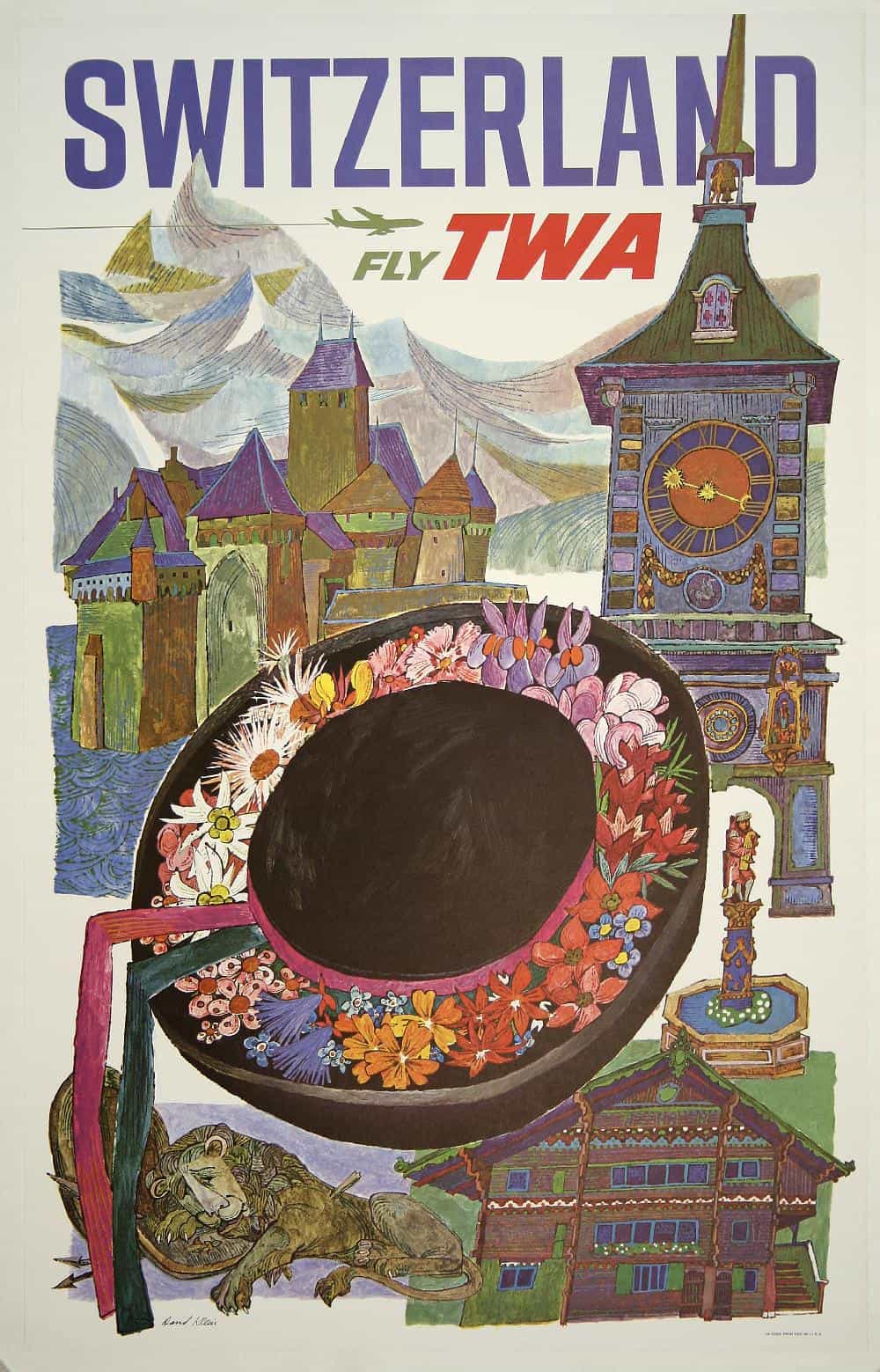