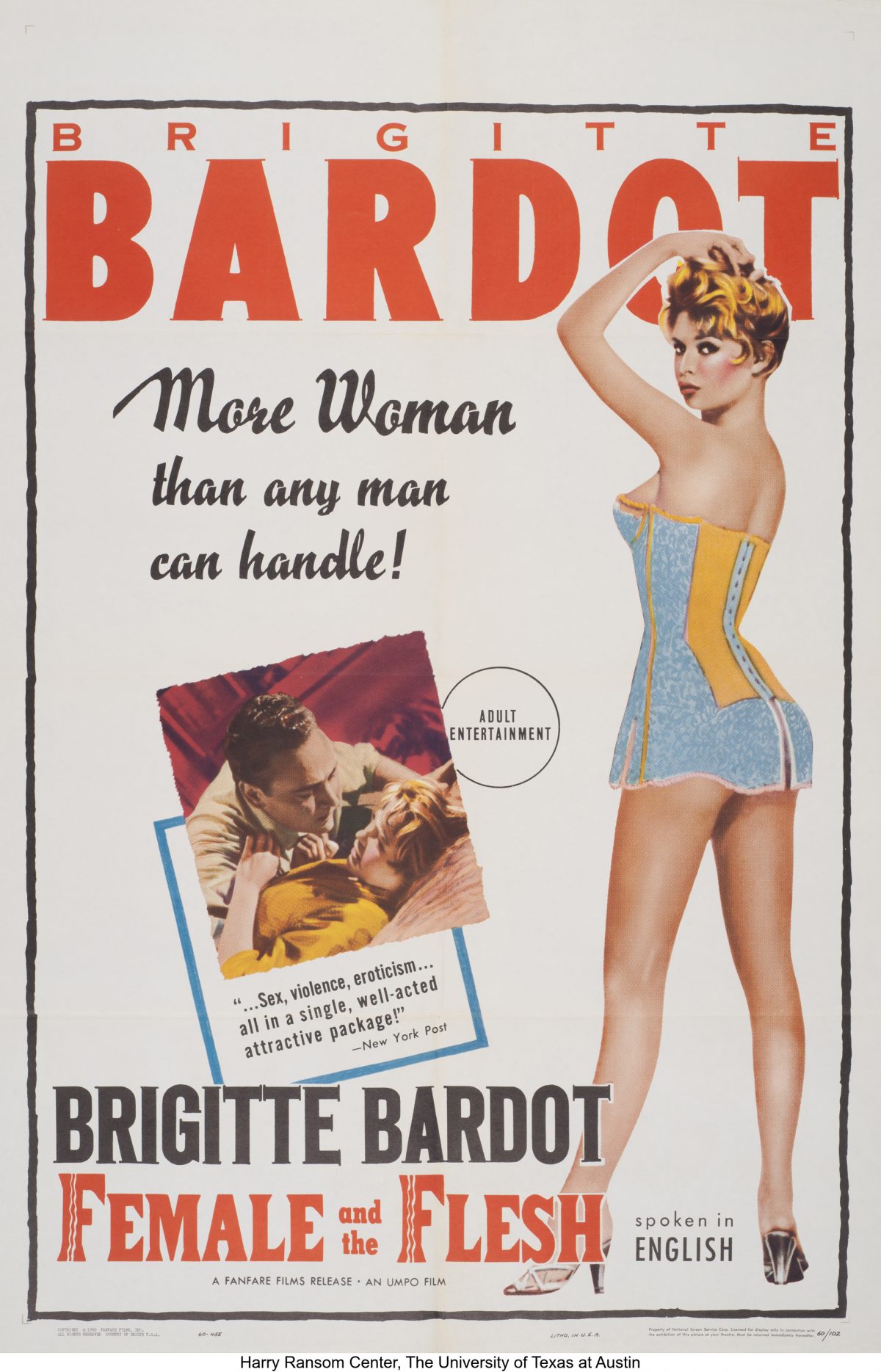 The infamous Hays Code, Hollywood censorship rules formulated in the 1930s and rigidly enforced through the 50s, now presents us with a fascinating precis of the severely restrictive social attitudes in the U.S. at the time, especially regarding sexuality, but also race, religion, and nationalism. One summary explains its “particular applications” as prohibiting, among other things, “nudity and suggestive dances,” “adultery and illicit sex,” “portrayals of miscegenation,” “references to alleged ‘sex perversion,’” including homosexuality, “depictions of childbirth,” and “the ridicule of religion.”

One of the first major challenges to the code came in the 1943 Howard Hughes’ western The Outlaw, which cut 30 minutes of Jane Russell’s cleavage and still only saw limited release until three years later. What sold the film to titillated audiences was a salacious poster advertising Russell, with ample cleavage, as “1943’s most exciting new screen star,” and the movie as “the picture that couldn’t be stopped!” Russell opened the doors for 50s bombshells like Marylin Monroe, with whom she starred in Gentlemen Prefer Blondes, and helped push the boundaries of what Hays code proponents considered acceptable entertainment for white Christian America. (Ironically, Russell herself was a “born again” Christian.)

Fast forward to the early 60s and the Hays Code, while still technically extant until 1965, had been weakened to the point of unenforceability. By 1959, notes NPR, “the man charged with enforcing the rules conceded that if a ‘moral conflict’ provided ‘the proper frame of reference,’ a Code-approved film could deal with pretty much any topic but homosexuality.” That same year, Some Like It Hot cast Jack Lemmon and Tony Curtis in drag, “fending off male suitors.” That film’s “plot was a veritable catalog of once-forbidden topics—gambling and racketeering to get the plot going, a booze-swilling Marilyn Monroe to keep it going.” 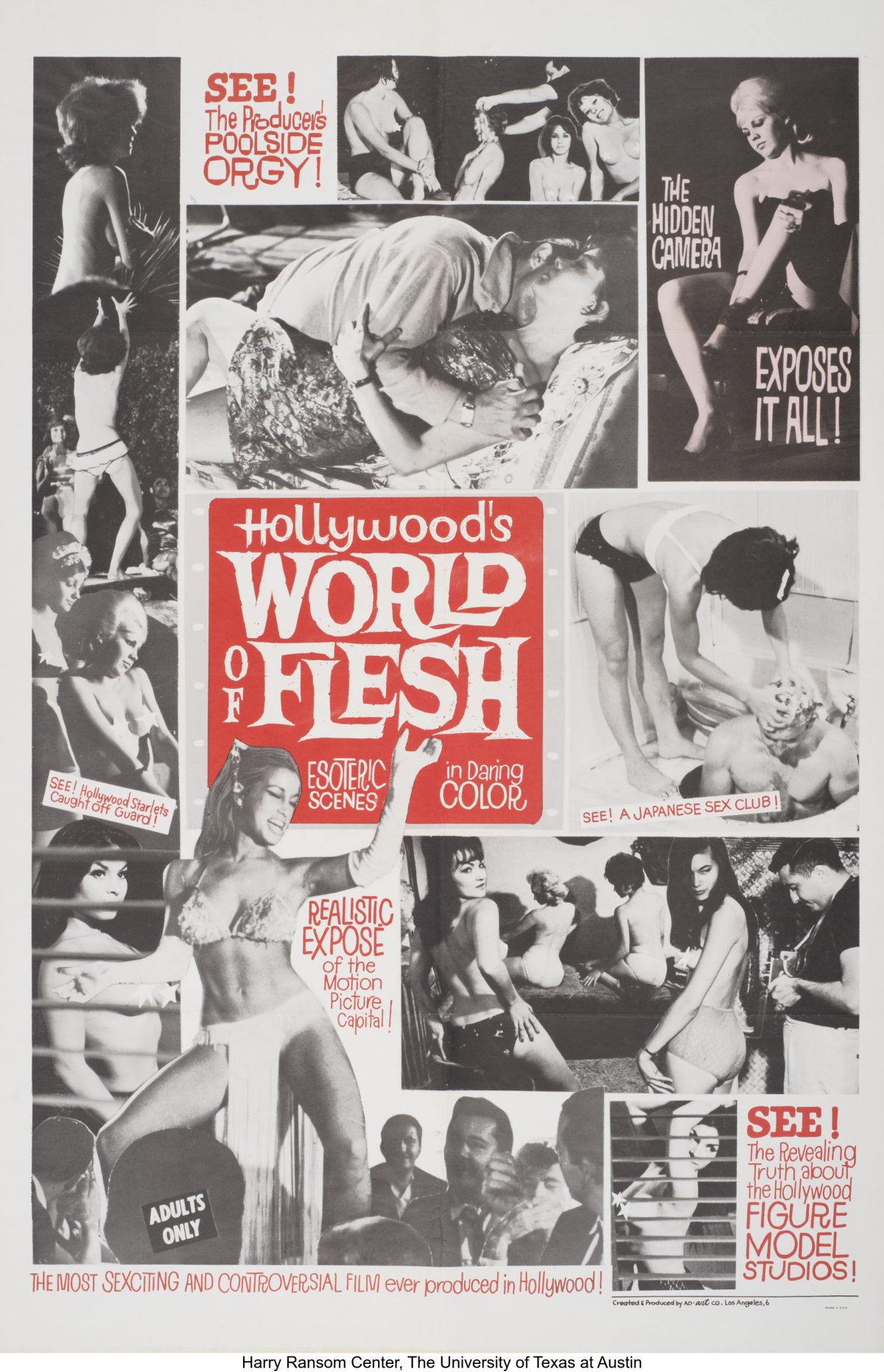 Times had changed and there was no going back. Rather than enforce outdated censorship codes, the Motion Picture Association rolled out the ratings system. Sexy movies from home and abroad hit the theaters in abundance (the posters here all come from theaters in Texas), with ads that hearkened back to Russell’s cleavage in The Outlaw’s advertising—and the pin-ups of the 40s more generally. These posters sold, as Brigitte Bardot’s Female and the Flesh advertised, “sex, violence, eroticism… all in a single, well-acted attractive package!” The quality of the acting, directing, etc. was of course, optional in the brave new world of erotic film. As was the artistic quality of the advertising. What mattered was the promise of gratuitous “illicit sex,” in Hays Code parlance. 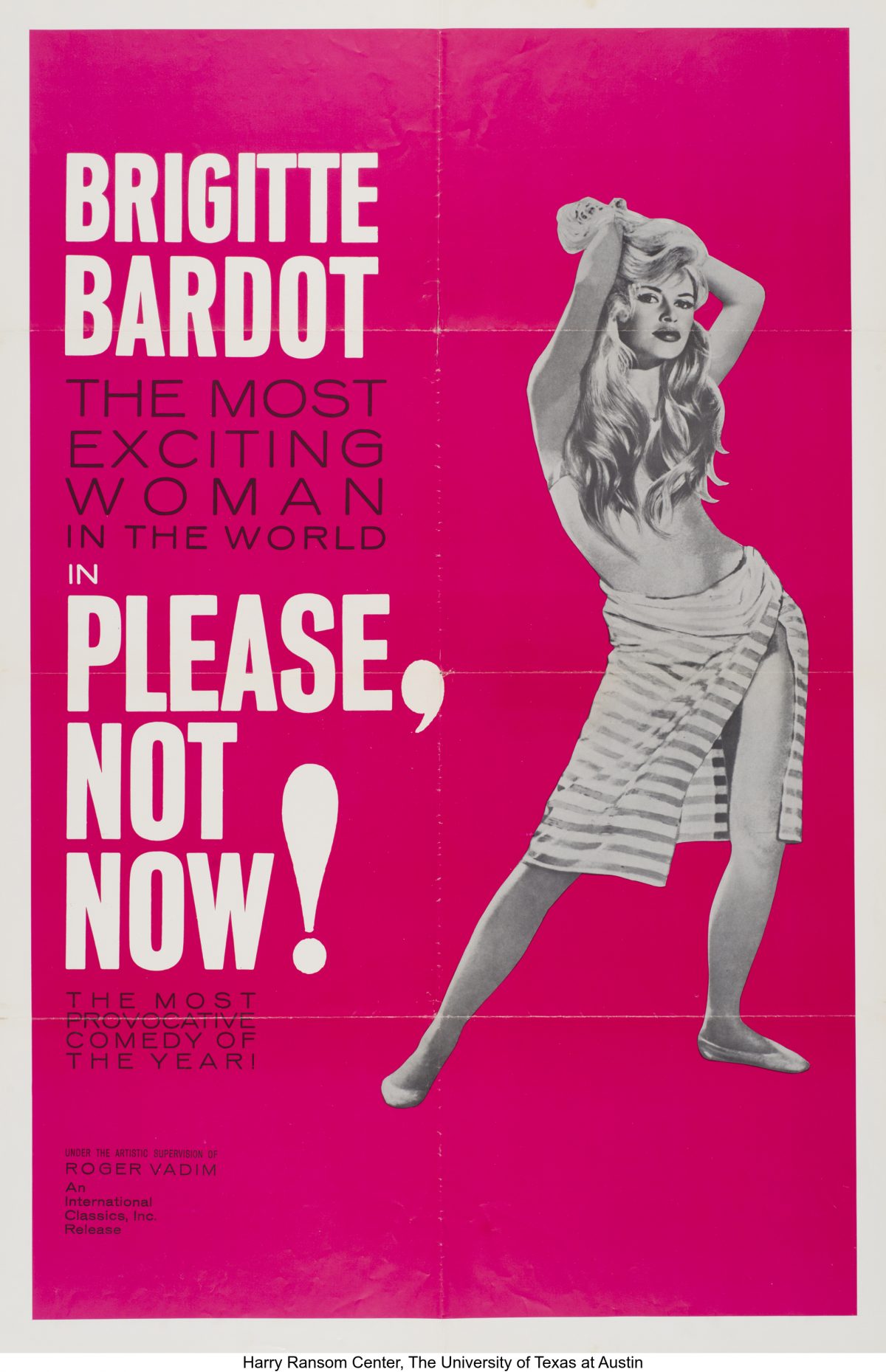 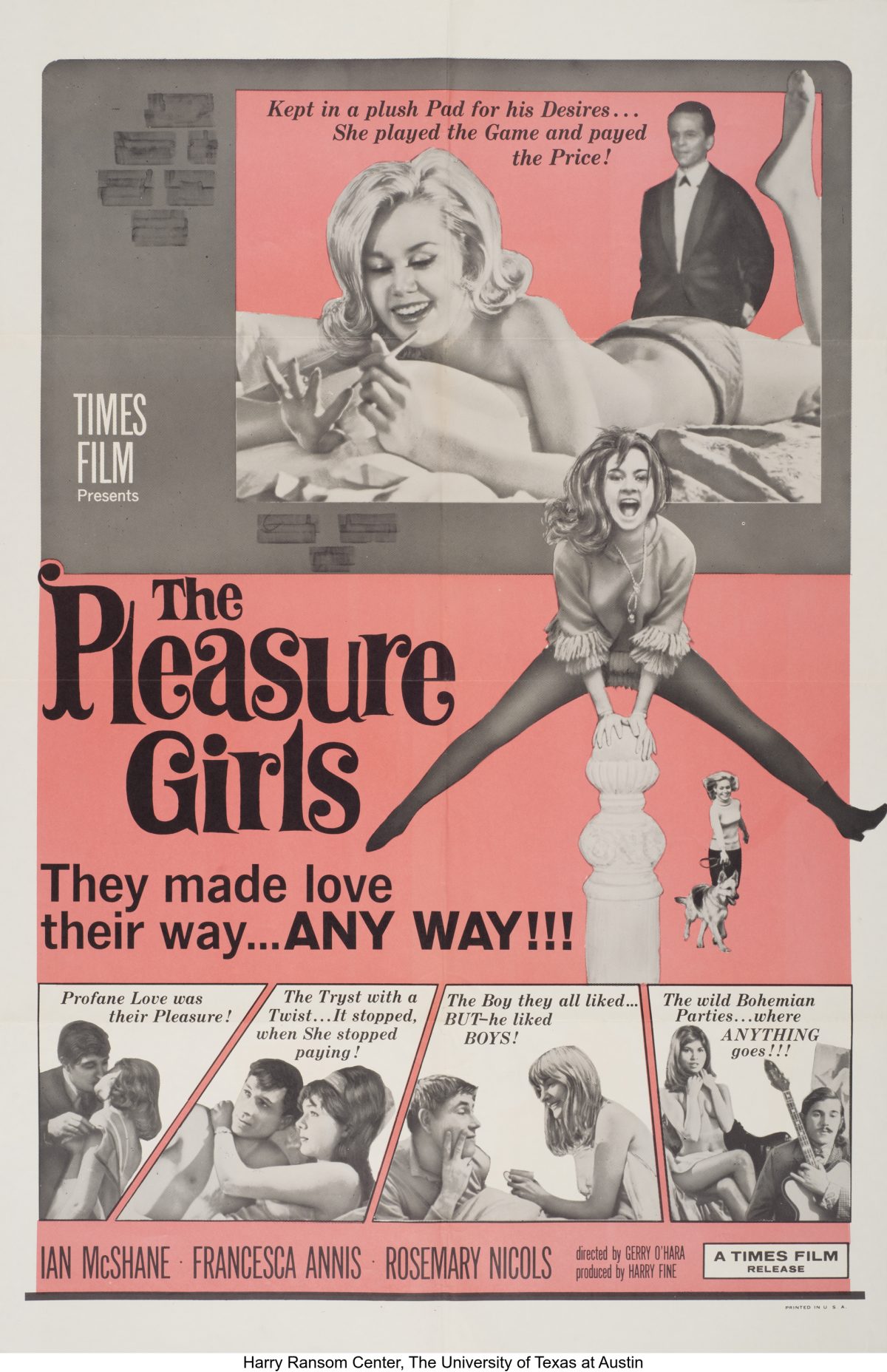 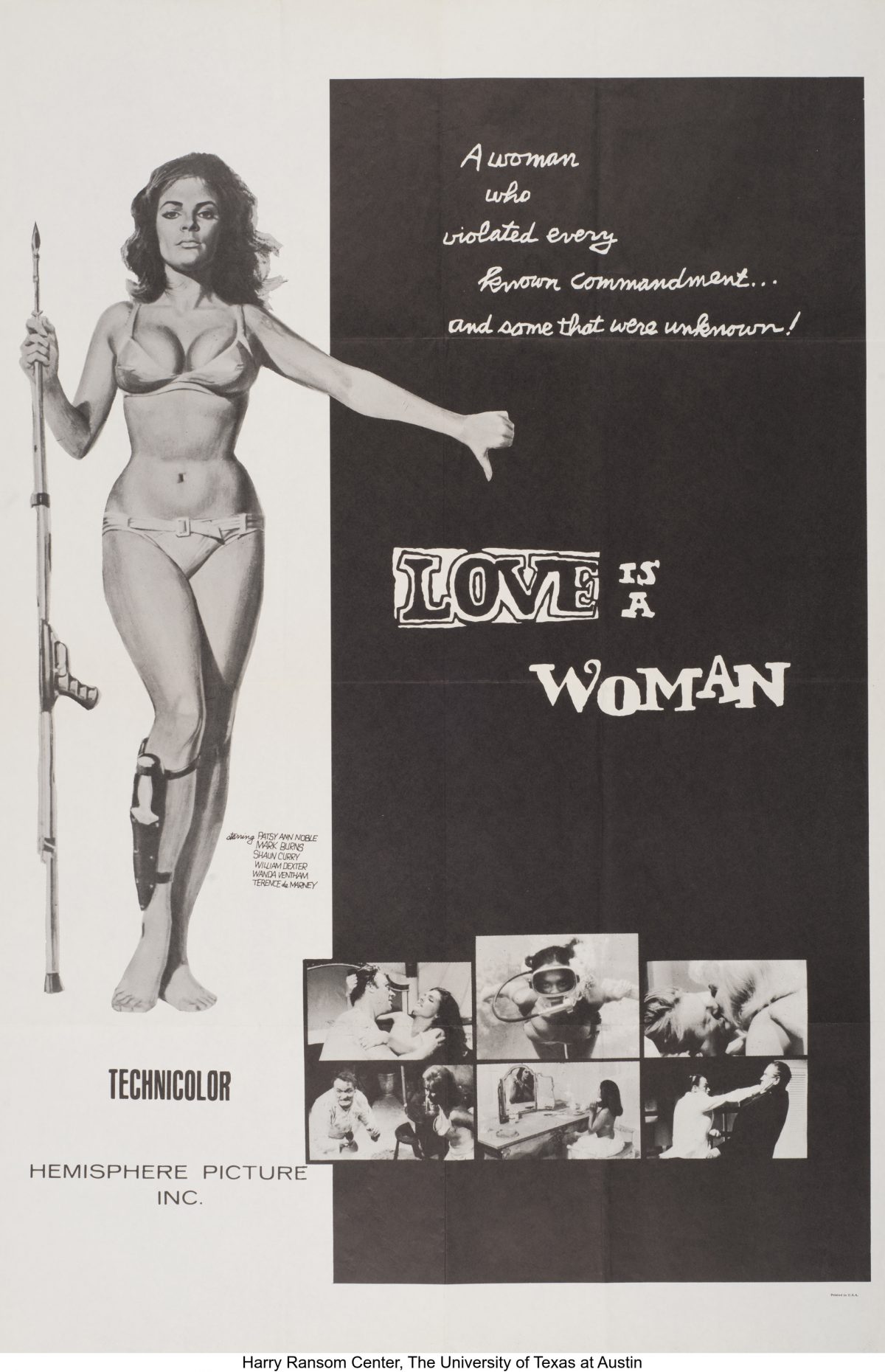 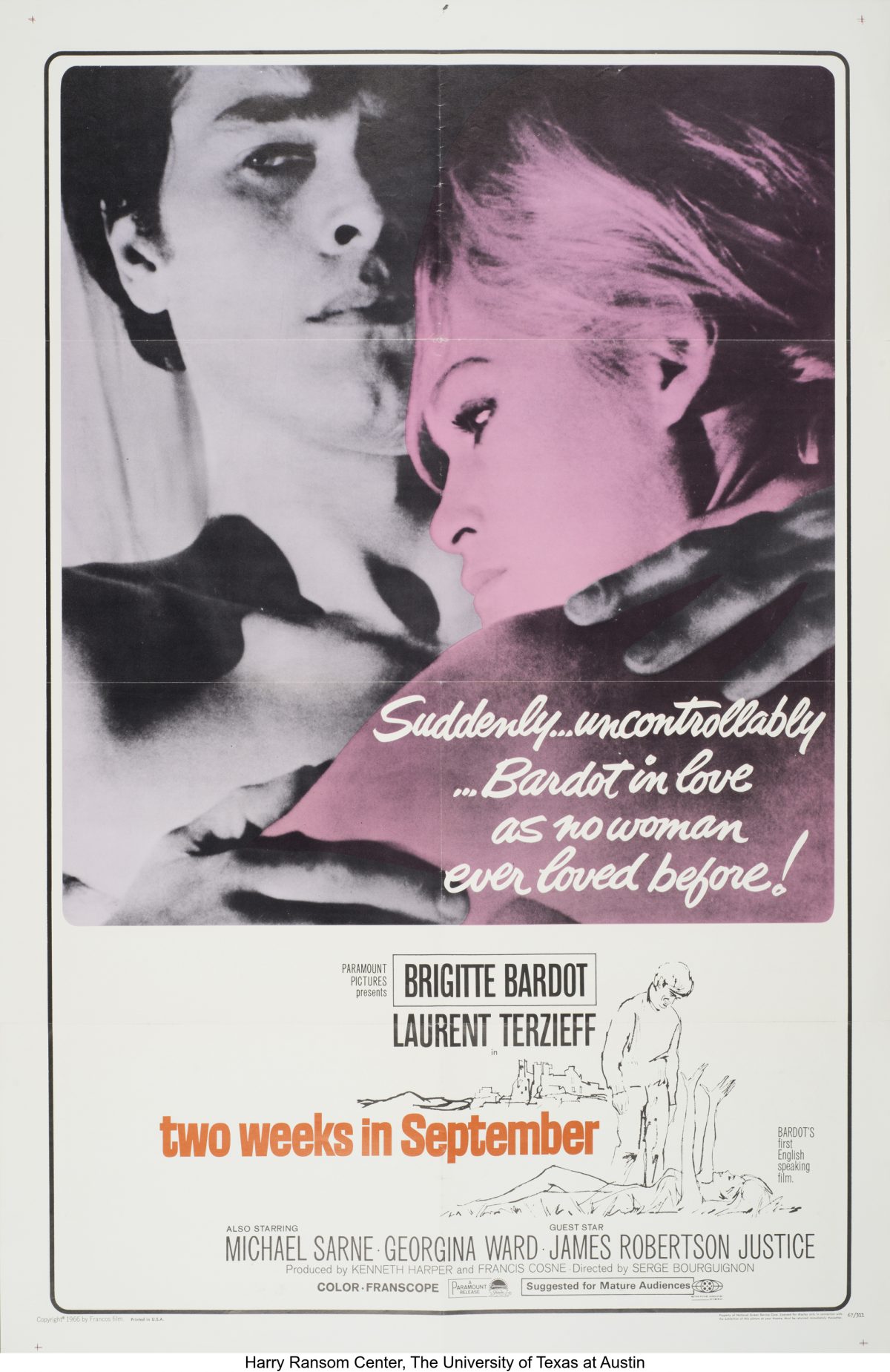 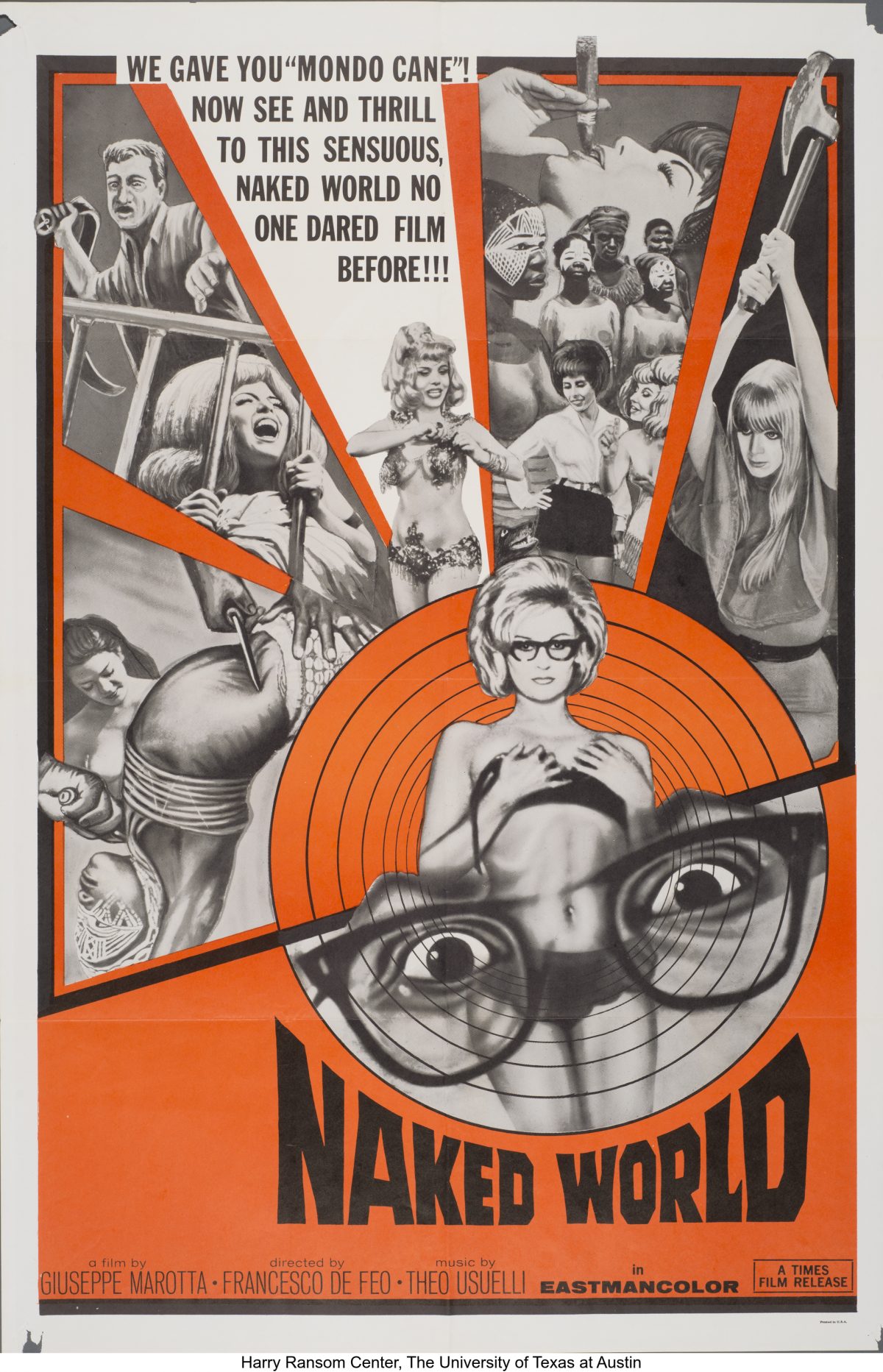