Hockney chose to etch his 39 illustrations seen in the book, thus mirroring the lines of text in six of Jakob Ludwig Karl (1778-1865) and Wilhelm Karl (1787-1859) Grimms’ fairytales, each scratch contributing tone, depth, mood and texture to the whole, just as each word takes the reader further into the story. From over 350 Grimm fairytales, Hockney selected 6: The Little Sea Hare, Fundevogel, Rapunzel, The Boy who left Home to learn Fear, Old Rink Rank, and Rumpelstiltzhen. 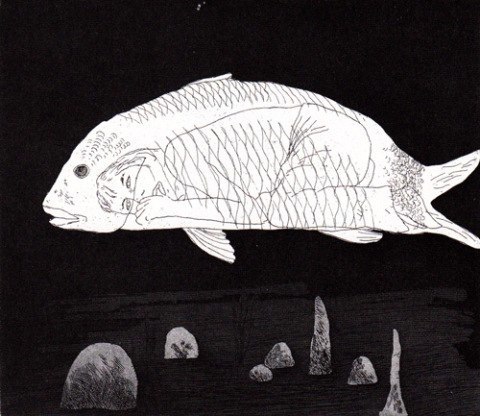 ‘The boy hidden in a fish’ (The Little Sea Hare)

“The stories weren’t written by the Brothers Grimm…they came across this woman called Catherina Dorothea Viehmann, who told 20 stories to them in this simple language, and they were so moved by them that they wrote them down word for word as she spoke” – Hockney 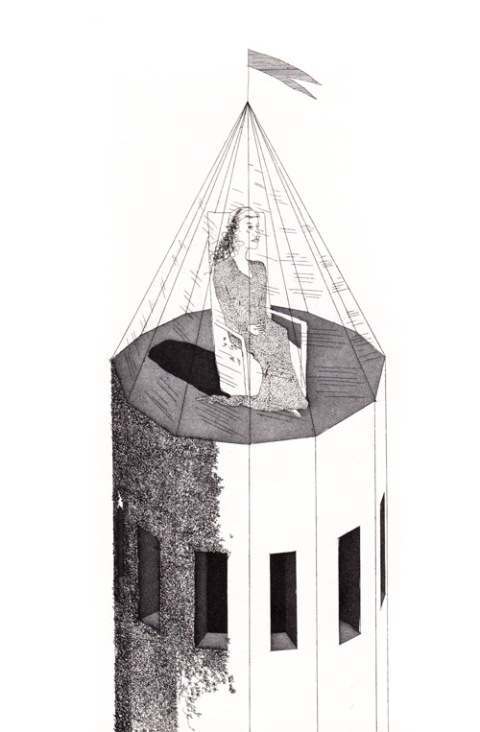 ‘The Princess in her tower’ (The Little Sea Hare) via 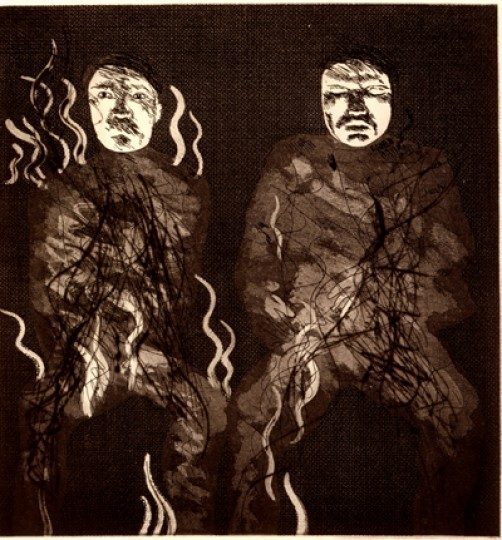 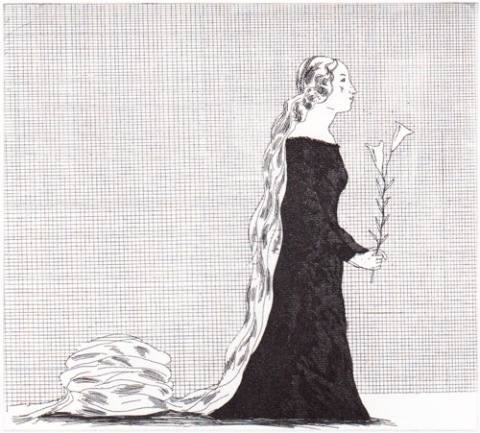 “…the stories really are quite mad, when you think of it, and quite strange. In modern times, it’s like the story of a couple moving into a house, and in the next door’s garden they see this lettuce growing: and the wife develops this craving for the lettuce that she just must have and climbs over to pinch it, and the old woman who lives in the house next door says well, you can have the lettuce if you give me your child, and they agree to it. And if you put it into terms like this and imagine them in their semi-detached house agreeing to it all, it seems incredible” – Hockney on Rapunzel (via) 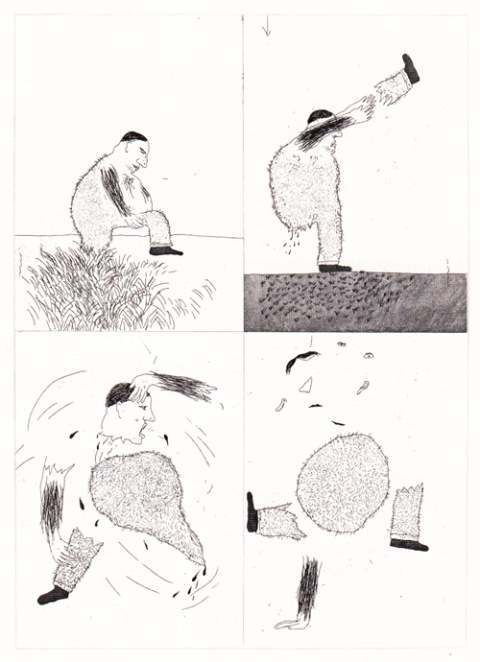 ‘He tore himself in two’ (Rumpelstilzchen) 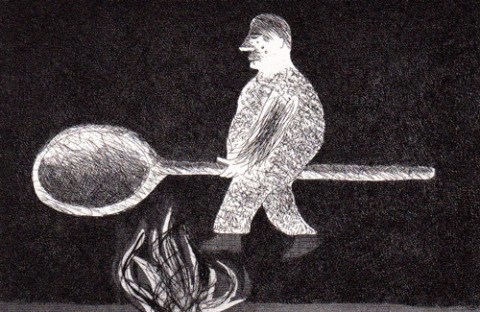 ‘Riding around on a cooking spoon’ (Rumpelstilzchen) 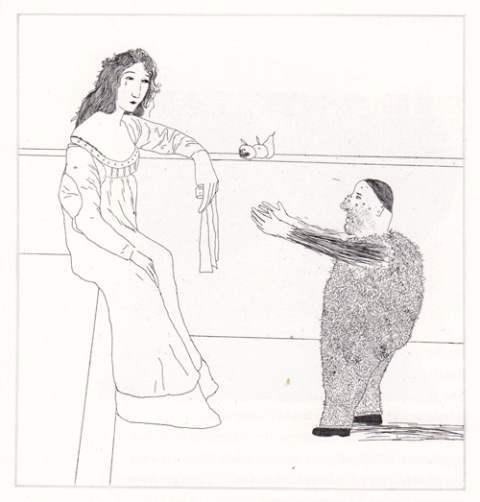 ‘Pleading for the child’ (Rumpelstilzchen) 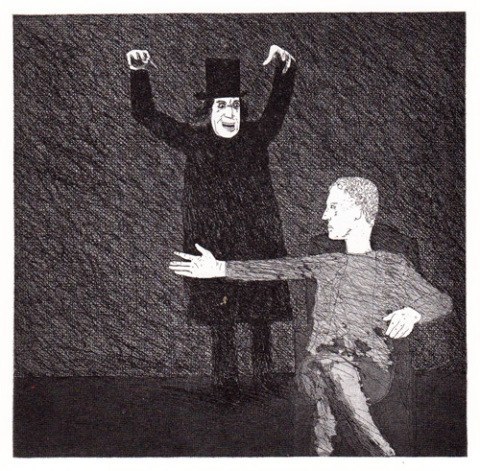 ‘Inside the castle’ (The Boy Who Left Home to Learn Fear) 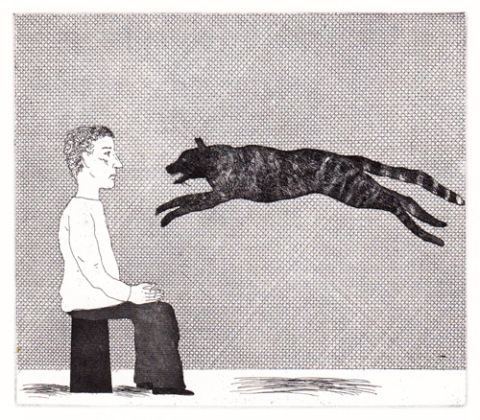 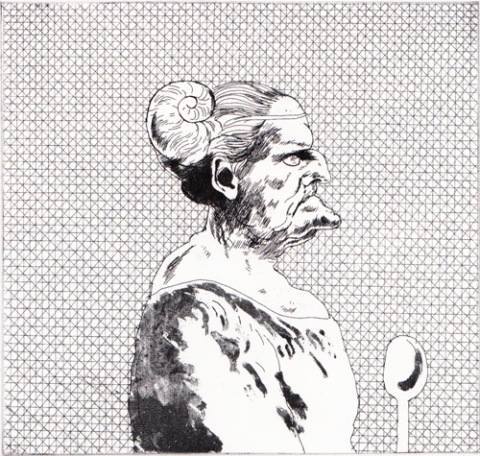 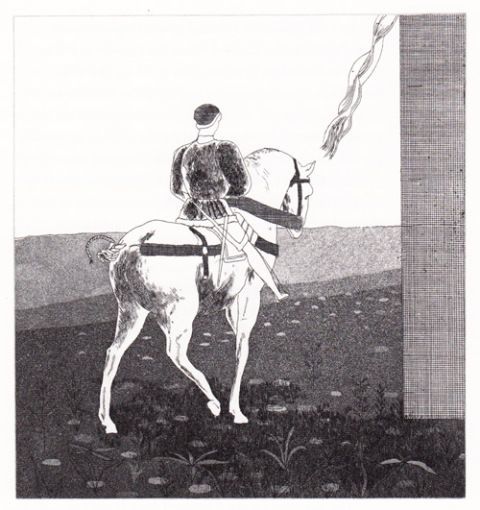 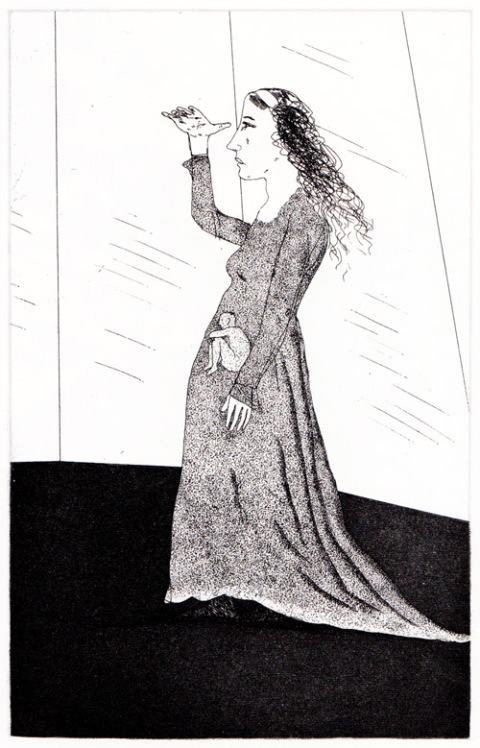 ‘The tower had one window’ (Rapunzel) 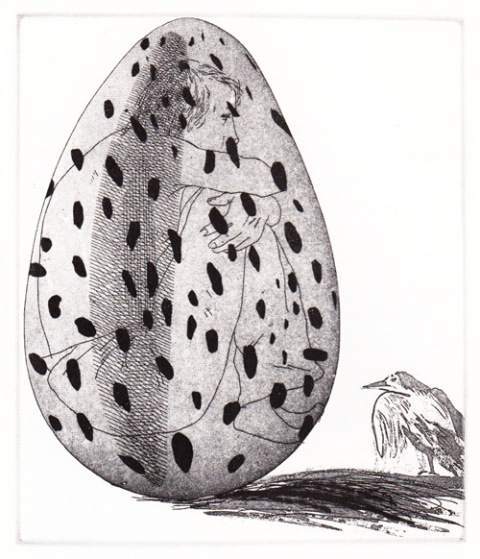 ‘The boy hidden in an egg’ (The Little Sea Hare)