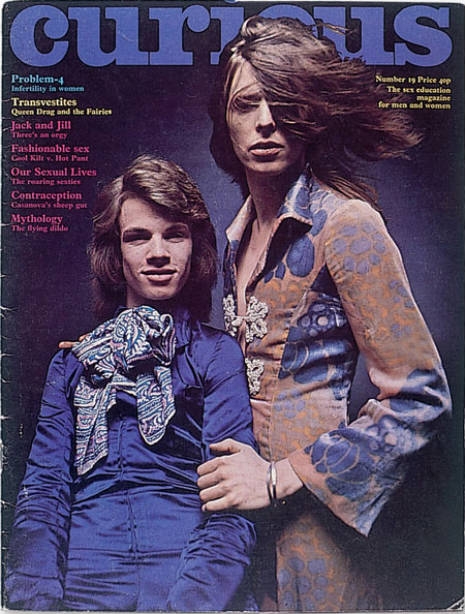 David Bowie modelled a David Fish dress on the cover of Curious magazine Number 19 in 1970. Curious was the “sex education magazine for men and women”. Yours for 40p.

“…an unusual large format magazine which ran through the early 1970s. It is devoted to all aspects of human sexuality and is very much of its time, reflecting the new freedoms of the changing moral codes. With around 52 pages per issue, it is well produced on glossy coated paper and illustrated throughout with photographs and artwork.The articles are intelligently written, accessible but not sensationalised. 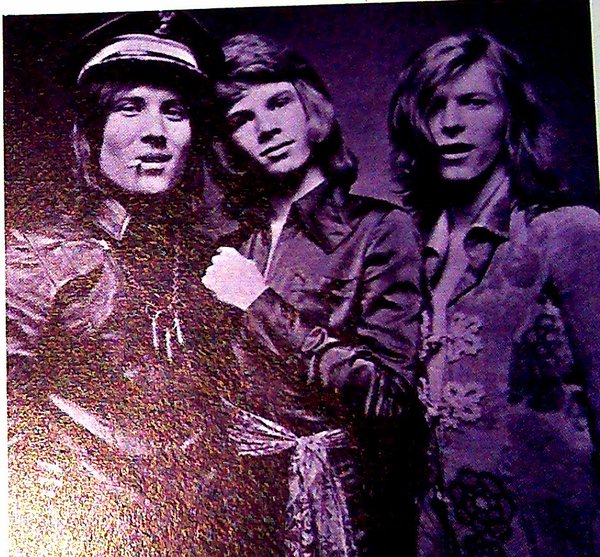 Bowie had worn the Fish dress on the cover of the 1970 album The Man Who Sold The World. 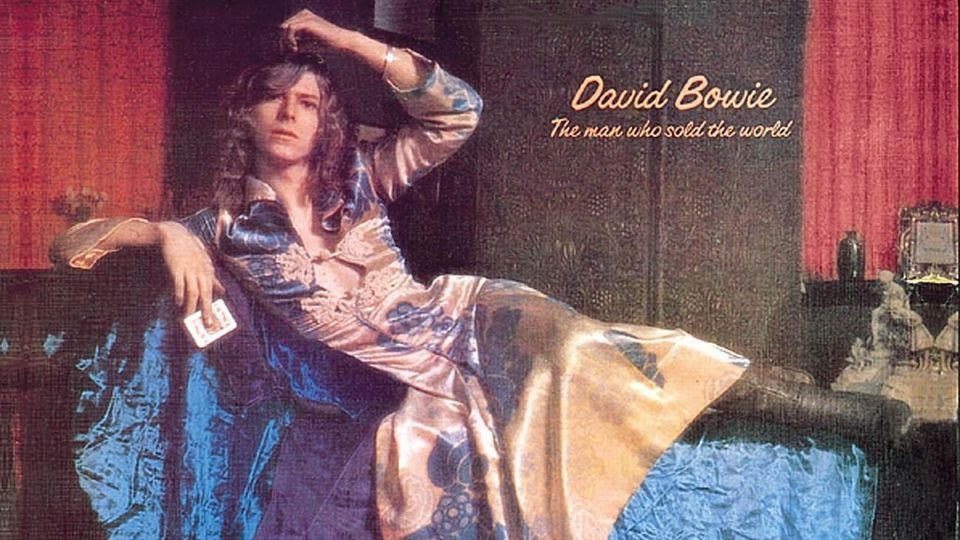 Fish opened his London boutique Mr Fish on 17 Clifford Street in Mayfair in 1966. His pricey, beautifully made clobber was sold beneath the slogan “Peculiar to Mr. Fish”. And nothing was odder than his dresses for men, which got a thorough airing when Mick Jagger wore a Mr Fish white dress for The Rolling Stones free concert in Hyde Park on 5th July 1969.

But Bowie wore it better. 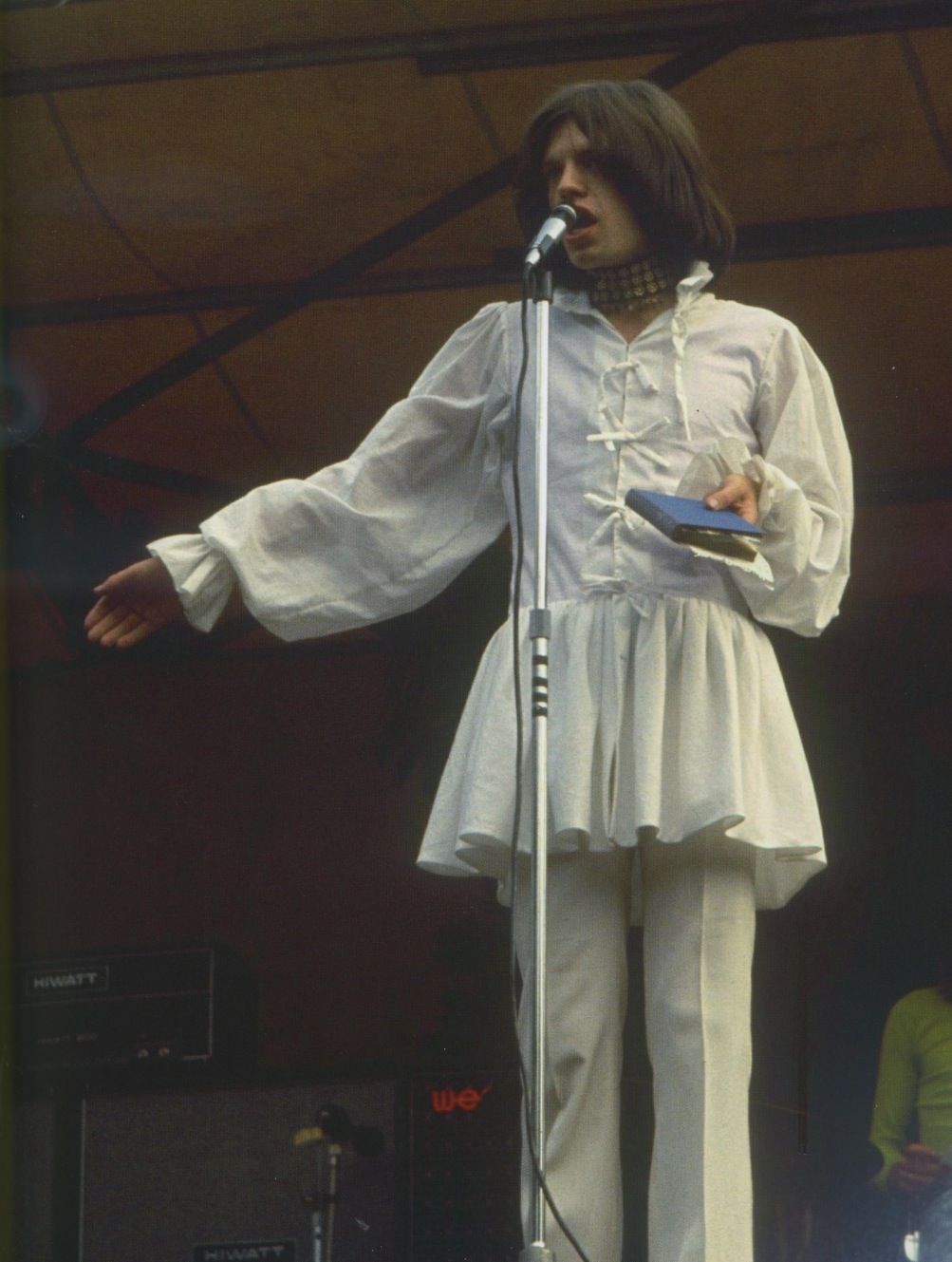 Also on the Curious cover is designer, tailor and musician Freddie Buretti – the self-styled ‘Fred Of The East End’ (ne Fred Burrett and aka Rudi Valentino) – who created some Ziggy Stardust costumes and dressed David and Angie Bowie in skin-tight suits with “high-collared shirts, fat ties, nipped-in waistcoats, teetering platforms and, in particular, a dazzling jacket for Bowie with black and white stripes in velvet and crepe and the exquisitely tailored flared trouser suit in ice-blue satin worn by Bowie in Rock’s bleached-out Life On Mars promo”.

As Paul Gallagher notes, “Bowie tried to make a star of Buretti with his side-project band Arnold Corns, recording a version of “Moonage Daydream” with Buretti.” But it failed to lift off.

From the magazine we learn:

Bowie says that Rudi is the leader of the whole gay scene, but Rudi himself is a little more modest – “I really want to be a big name and make it in America,” he says. “I have a single out written by David called Moonage Daydream and that’s only the beginning. An album Looking for Rudi will be out very soon.”

“I believe that Rudi will be the first male to appear on the cover of Vogue,” said Bowie. “I believe that the Rolling Stones are finished and Arnold Corns will be the next Stones.” Said Buretti: “Really I’m just a dress designer.” He sang like one.