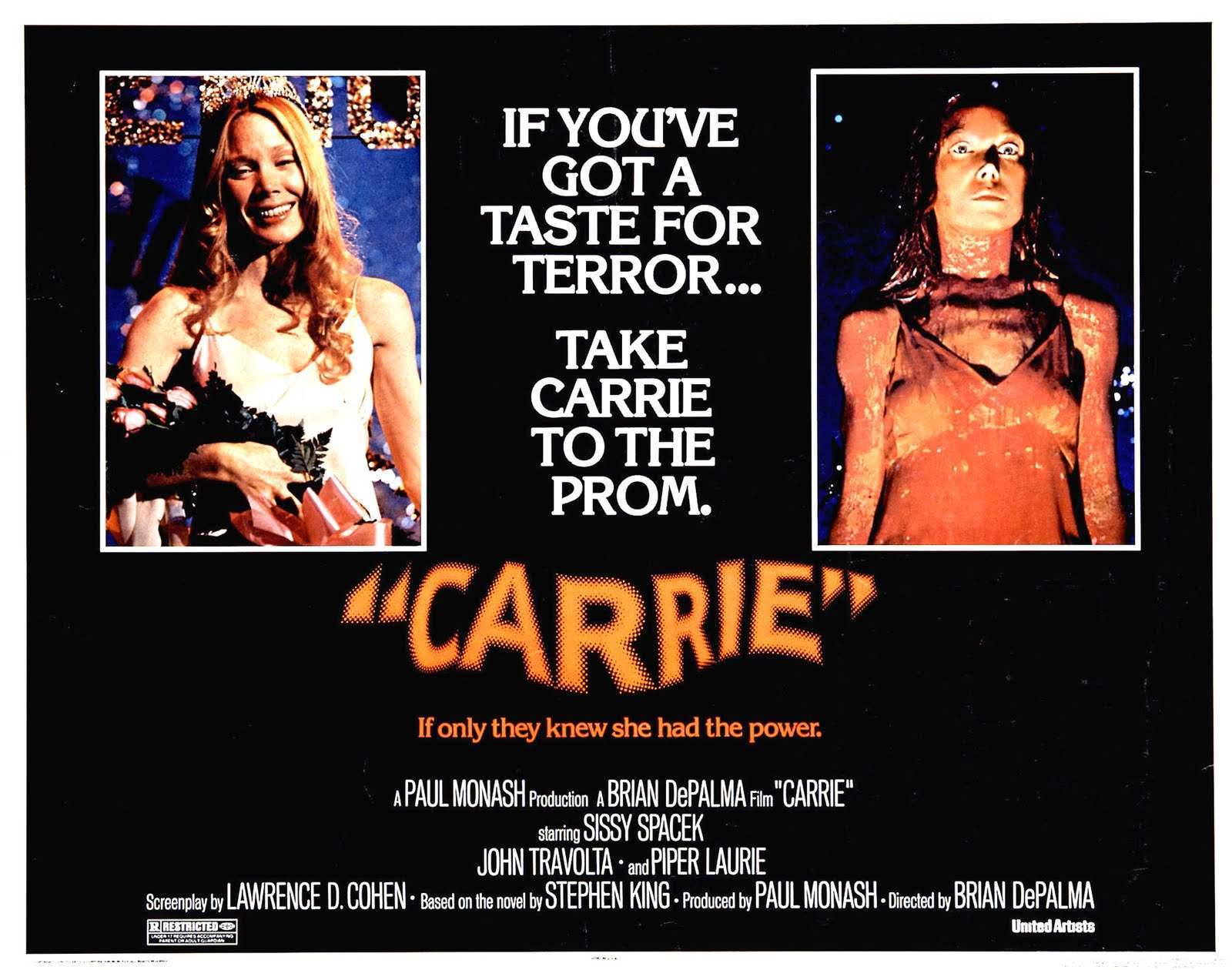 Brian De Palma’s Carrie (1976), based on the novel by Stephen King was a huge box office success, and a critically-acclaimed initiative as well.

With his accomplished visual sense, De Palma created an unforgettable portrait of adolescent, high-school cruelty. The film was Lord of the Flies in a locker room, but starring mean girls instead of wild boys. In her review for New Yorker, Pauline Kael noted that prior to De Palma’s film, “no one else has ever caught the thrill that teenagers get from a dirty joke and sustained it for a whole picture.”

Not surprisingly, many horror filmmakers were inspired by the film and its high school horror setting and characters. By 1978, they had distilled the very essence of Carrie as a creative work, and sought to re-package and resell the film’s magic with only minor modifications.

Carrie’s crucial ingredients include an unpopular adolescent (often named in the film’s title), bullying members of the popular teen crowd, the central adolescent’s revenge — brought about by non-natural means — and the savage turn-back, in which the lead character is consumed by his or her own power and hatred.

Often, the lead character’s unhappy family life is also featured in these films.

With these conceits in mind, below are five of the most memorable knock-offs of Carrie. 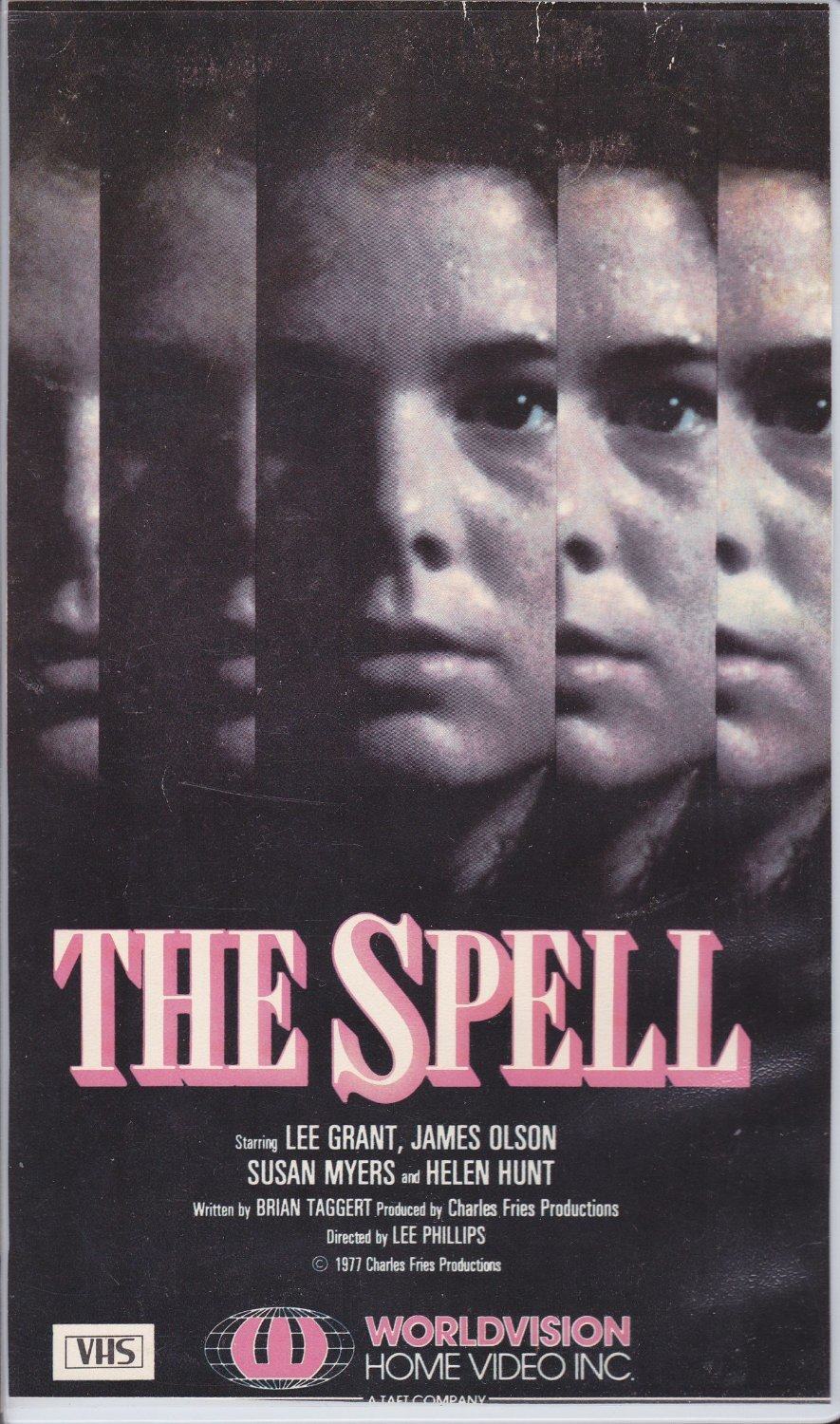 This made-for-TV movie, which aired on NBC the night of February 20, 1977, was perhaps the first production out of the gate in terms of Carrie knock-offs.

The film involves fifteen year old Rita Matchett (Susan Myers), who is bullied by other students at school because she is overweight. Making matters worse, Rita’s sister (played by a young Helen Hunt) is well-liked.

But resentful Rita soon is able to harness telekinetic powers to get back at her tormenters, a fact which worries her parents (played by Lee Grant and James Olson).

All the Carrie hallmarks are here, for sure. 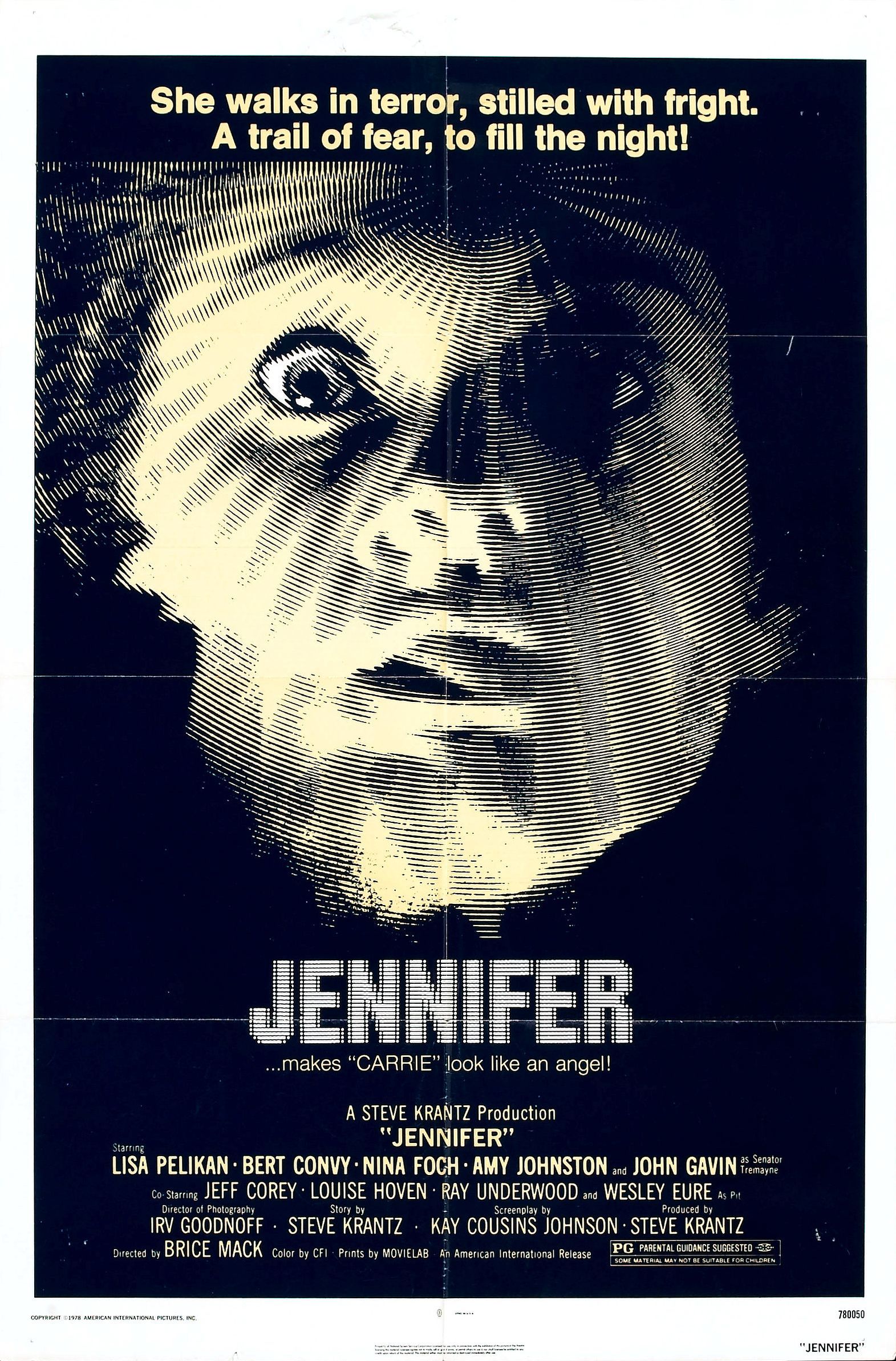 In this film, which was advertised with the tagline “Compared to this, Carrie was an angel,” young Jennifer Baylor (Lisa Pelikan) is subject to the whims and rulers of her Bible-thumping father (Jeff Corey), a stand-in for Carrie’s Piper Laurie.

Meanwhile, the students at school, especially Sandra Tremayne (Amy Johnston) strongly dislike Jennifer, and torment her relentlessly.  They crack eggs over her books, throw her jacket in the gym’s pool, steal her clothes after a swim, and photograph her nude without her realizing it.

After Jennifer’s best friend, Jane (Louise Hoven) is raped by Sandra’s boyfriend, Jennifer summons the “vengeance of the viper” to execute her otherworldly revenge. In this case, that means snakes of all shapes and sizes materialize to kill the bullies (and finally, the high school principal too). 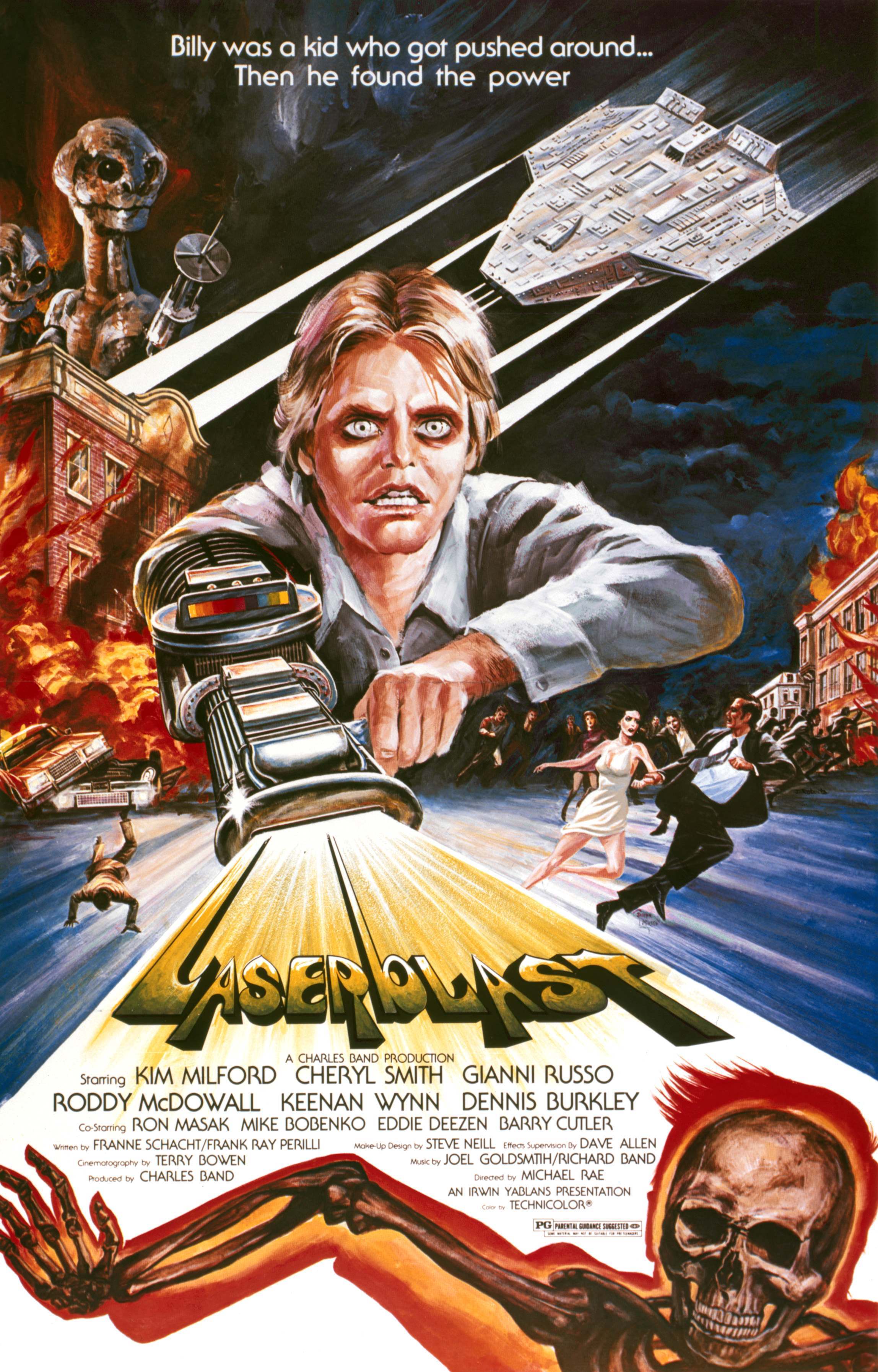 At first blush, Laserblast doesn’t appear to be a rip-off of Carrie, but on closer look, all the tell-tale ingredients are there.

The film tells the story of Billy (Kim Milford), a bullied teenager, who discovers a means of revenge against his oppressors.  In this case, the means is non-natural, like Carrie’s telekinesis, but extra-terrestrial rather than paranormal in nature.  Billy finds a discarded alien laser blaster in the desert, and uses it to blow apart his enemies, including Froggy (Eddie Deezen).

In the end, we also get Carrie’s savage-turn-back trope. The alien weapon transforms Billy into a green-skinned, buck-toothed monster, and the alien owners of the gun return to Earth and destroy him. 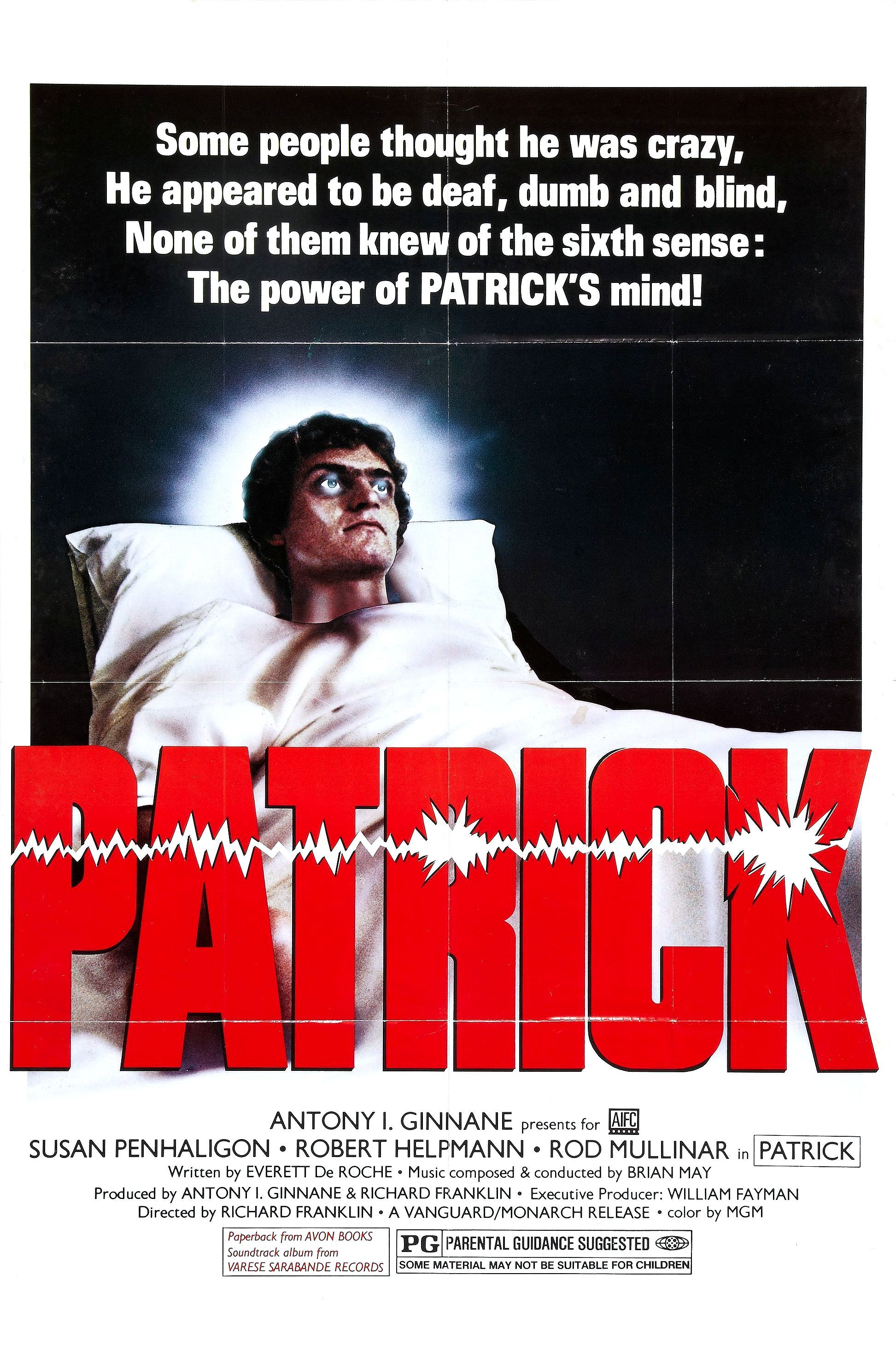 Perhaps the best film on this list, Patrick was crafted by Richard Franklin, the director and Hitchcock protégé who later contributed such classics to the horror genre as Road Games (1982), Psycho II (1983), and the vastly underrated Link (1986).

In Patrick, a nurse, Kathy (Susan Penhaligon) tends to a comatose patient, Patrick (Robert Thompson).  But Patrick is no ordinary patient.  He possess frightening psychokinetic powers.  Soon, the patient is in love with his nurse, and his consciousness reaches out to harm those who threaten their relationship, including her husband, Ed. (Rod Mullinar).

Patrick is not as obviously a re-take on Carrie as the other films featured on this list, though it features the same brand of one word title (with the lead character’s name), and obsesses on a person who uses telekinetic abilities to harm others.

As Franklin told Cinefantastique’s Alan Jones in 1986, the film’s script was around long before Carrie, though the “shock ending was certainly a concession to that film.” 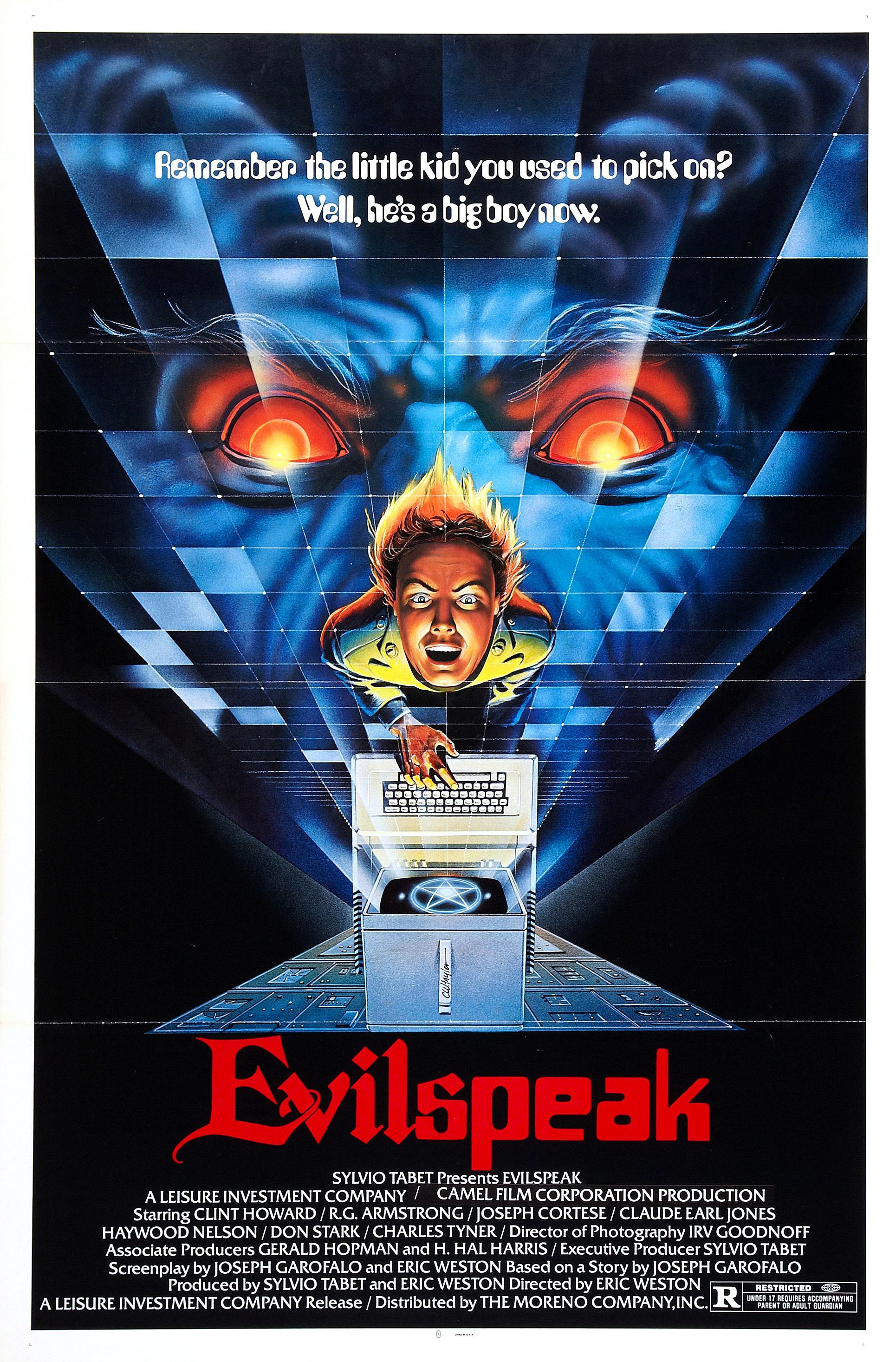 Evilspeak concerns a loser and “welfare case” at West Andover Military Academy, Coopersmith (Clint Howerd), who is bullied by his fellow cadets.  hey destroy his class project (a model catapult), and kill Coopersmith’s puppy too.

In response, Coopersmith conjures a Satanic form of revenge, unleashing the Spanish devil-worshipper, Esteban (Richard Moll) against his enemies.

In the end, in the savage turn-back trope, Coopersmith is damned to the underworld for his allegiance to Satan. Like Carrie White, Coopersmith burns in Hell.