Londoner Peter Mitchell (born 1943) began taking photographs of Leeds in the early 1970s. After studying art at Hornsey College of Art in north London, he travelled to Leeds to visit friends. “I set up a silk-screen studio in the basement of where I was living,” he says. In 1973, he took a job as a lorry driver with Sun Electrical. “I delivered electrical items such as fridges and heaters to factories and homes all over the city,” he says. “For a couple of years, every day I went all round Leeds.” And as he travelled for work he took these colour photographs: 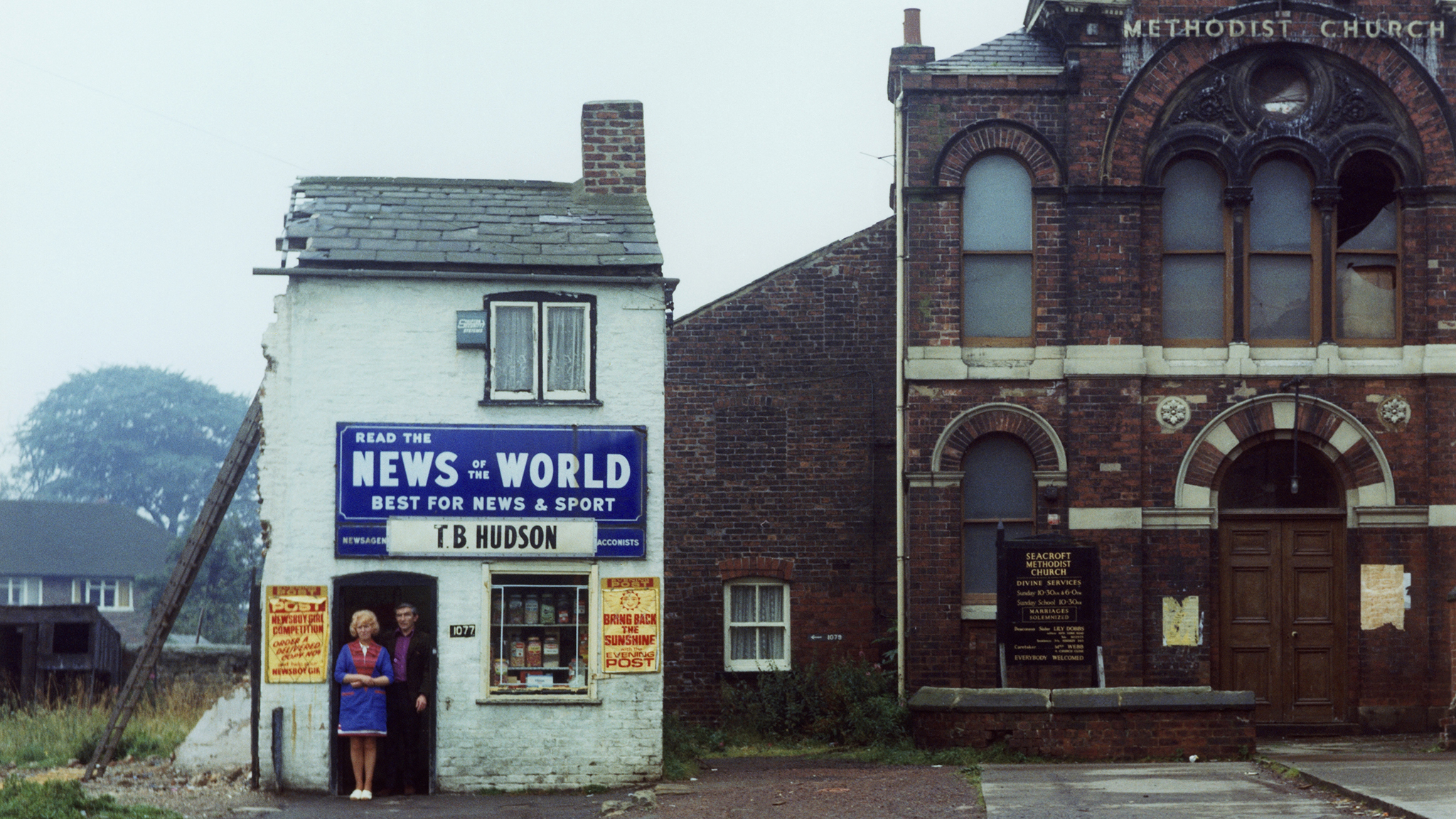 Mr and Mrs Hudson outside Hudson’s newsagents, Seacroft Green, Leeds, in 1978. “Mr and Mrs Hudson in Seacroft Green, Leeds. I took this photograph on the 14 August 1974 at about 11am. I like the way the ladder is propping up the shop. They had just moved into a new shop on the same spot, with the church getting a facelift to match” -Peter Mitchell

“I was surprised at how quickly it was changing,” Mitchell says. “I was amazed by the great deserts springing up in south Leeds. It was so easy to demolish the back-to-back terraces. They just wrapped a chain around them and pulled.” 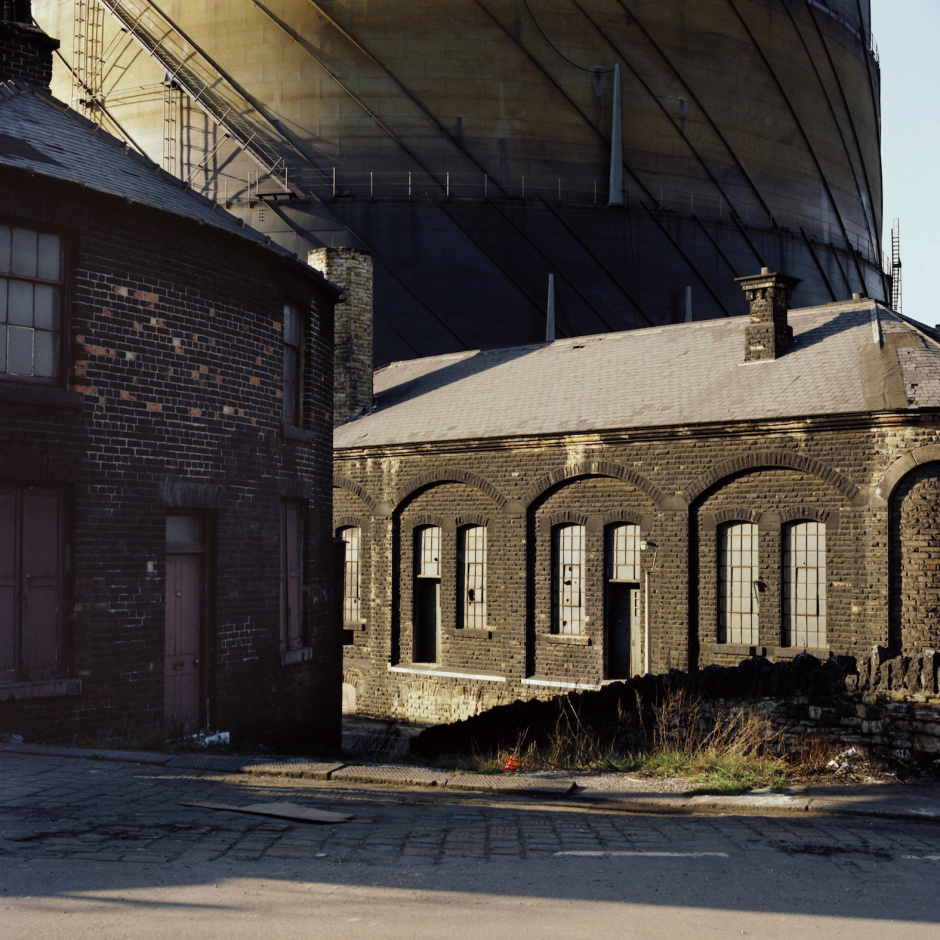 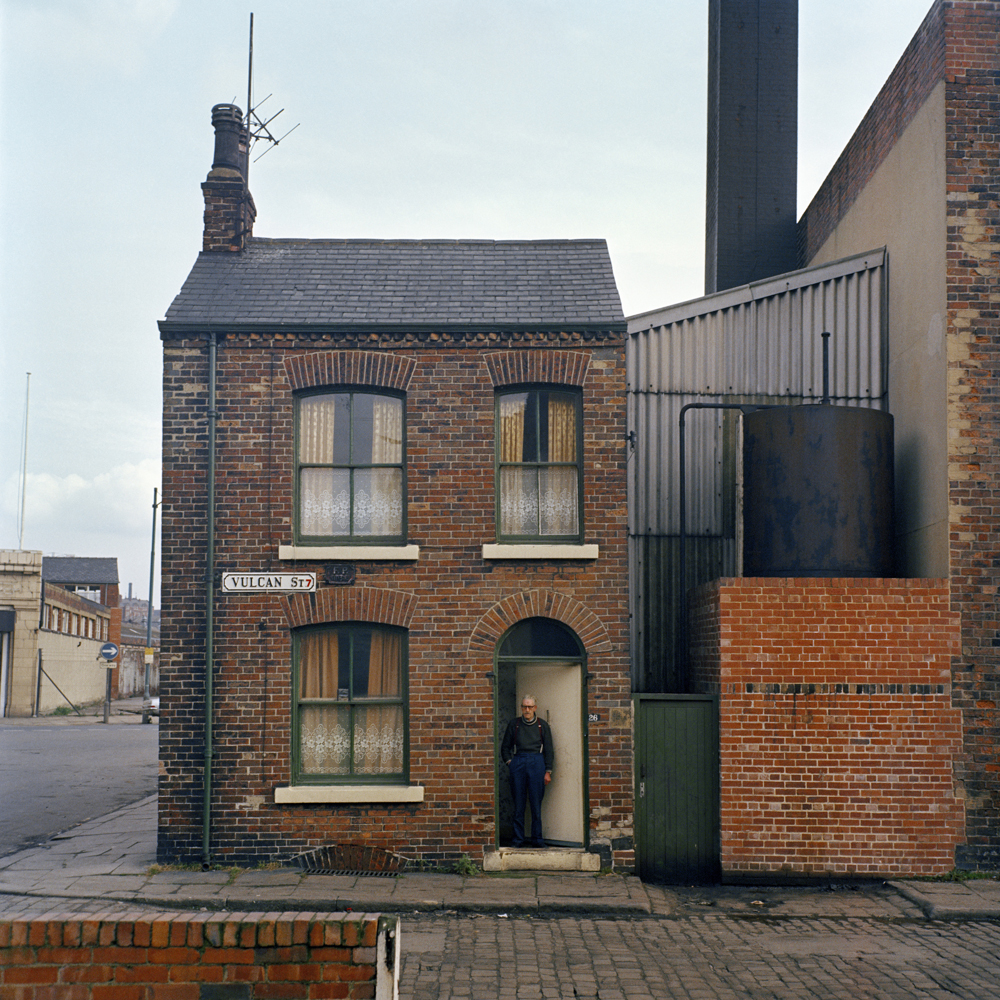 Eric Massheder, a dripping-refinery worker, poses outside his home next to the factory he’d worked at for 12 years, on Vulcan Street in 1975 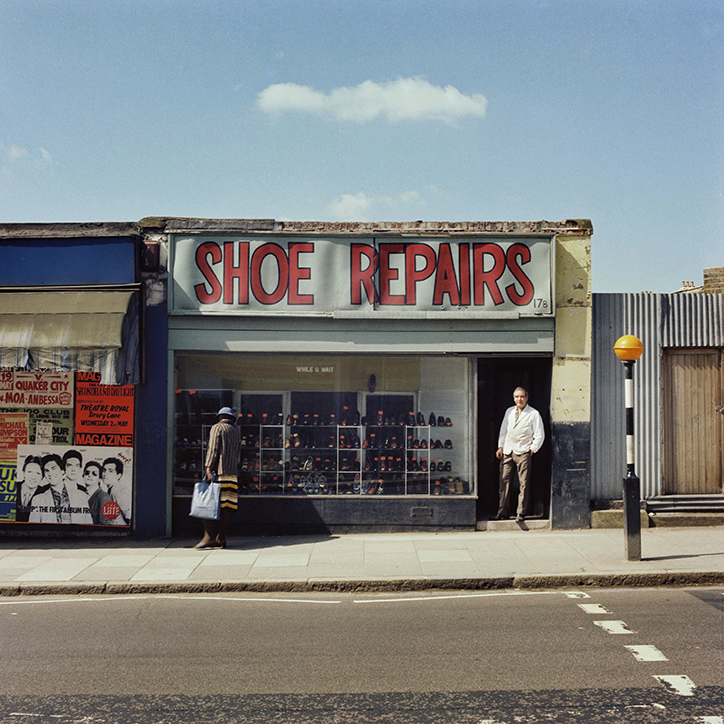 Mr Costas on Stroud Green Road, London in May 1979 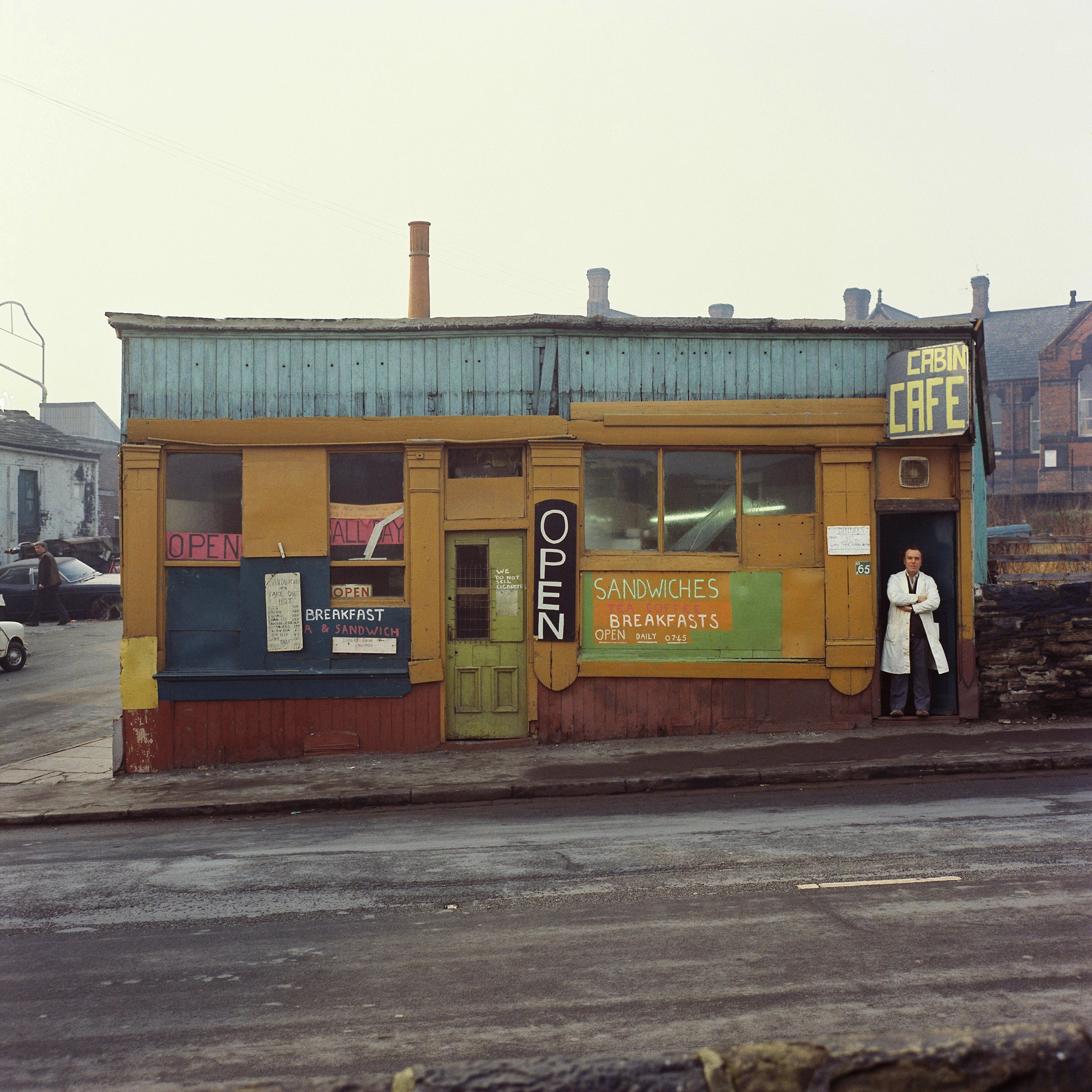 “I’ve always thought Leeds was a very philistine place. I’ve been taking that back over the last two or three years, I have to say. But I came to Leeds in 1970, and I remember all those gable ends that you saw from the train coming into Leeds, whole lines of them to the railway edge. This is what amazed me about Leeds, coming from the metropolis where you could only see little bits of north London or south London, but Leeds you could see in a whole day. And I got the impression that Leeds’ time was up, that it was being demolished all over the place — which it was.” – Peter Mitchell 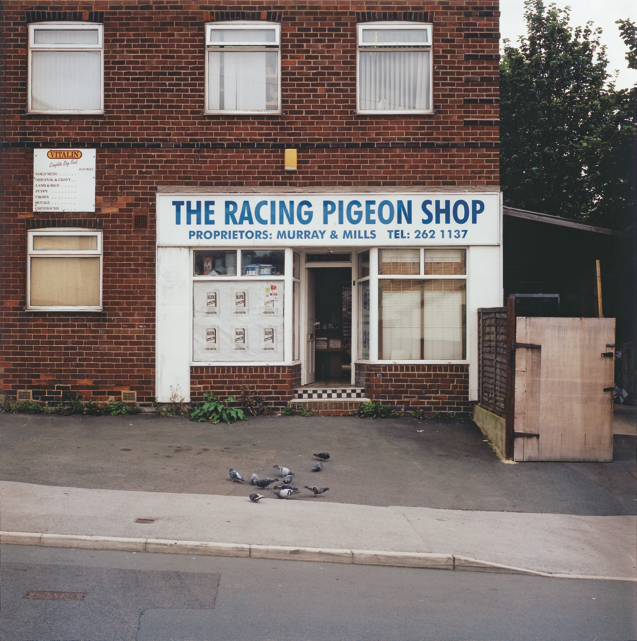 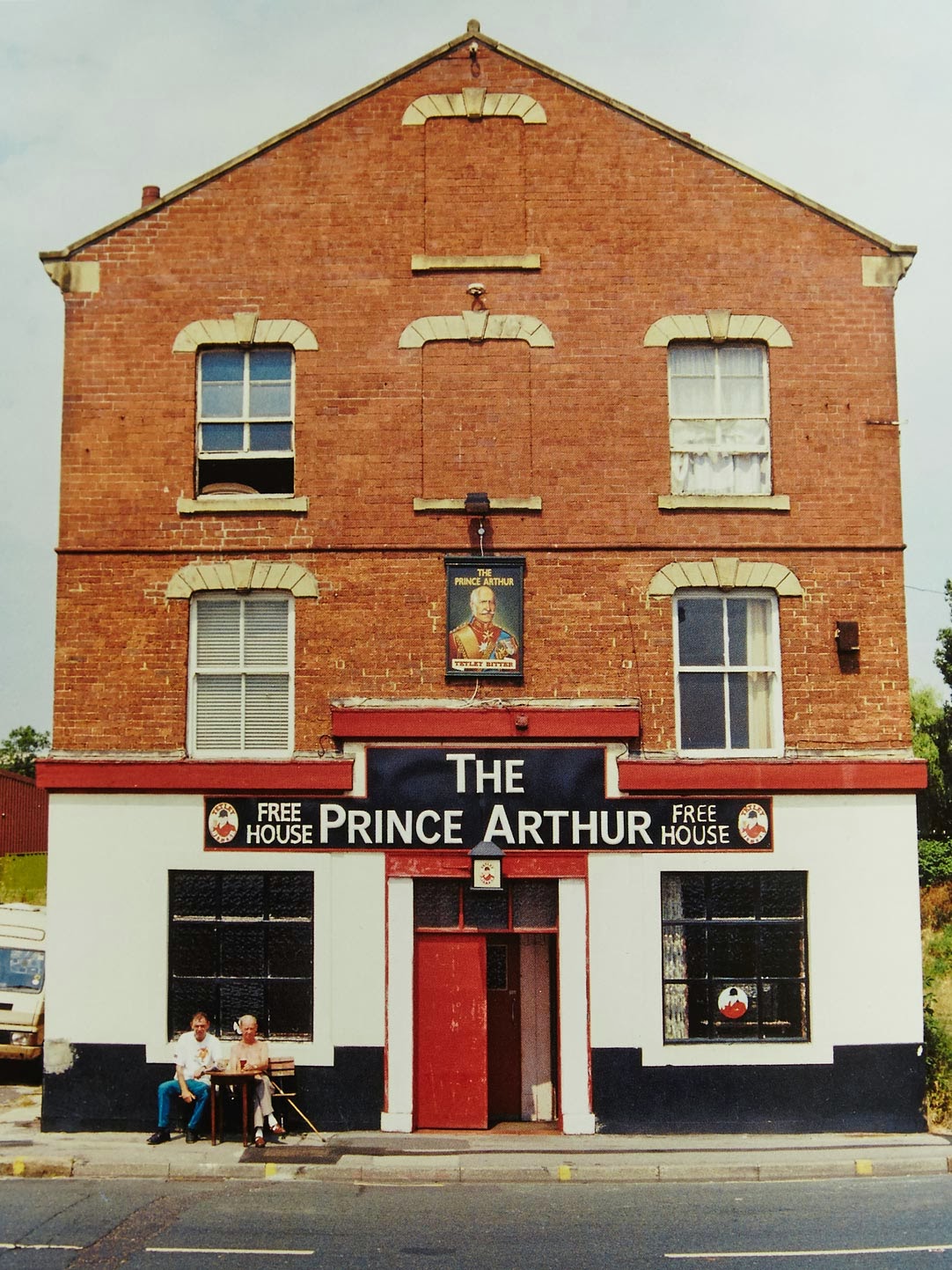 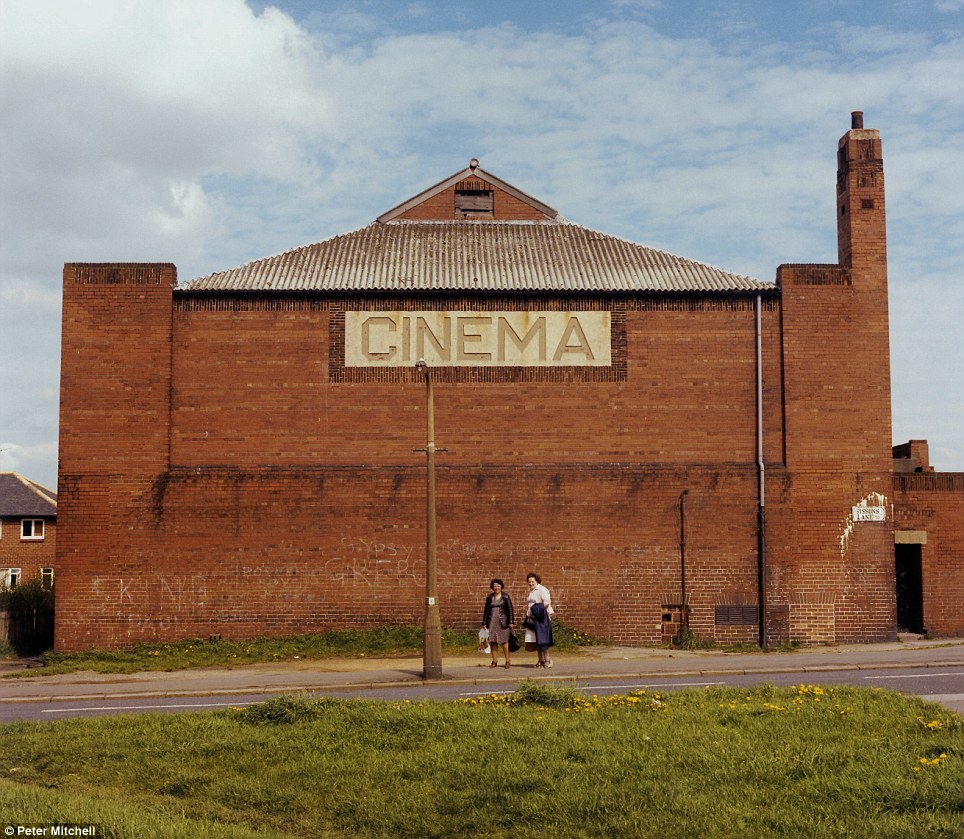 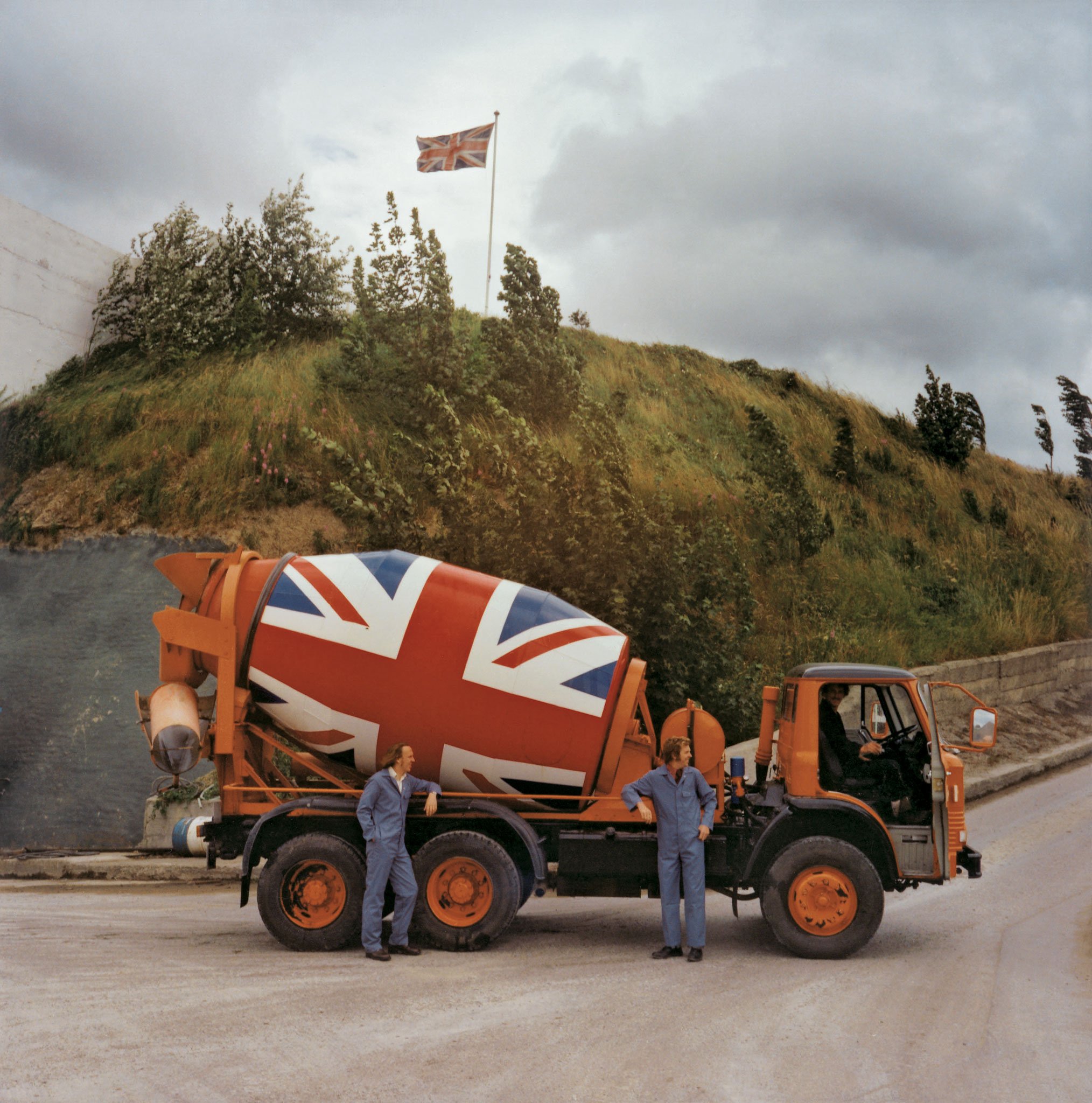 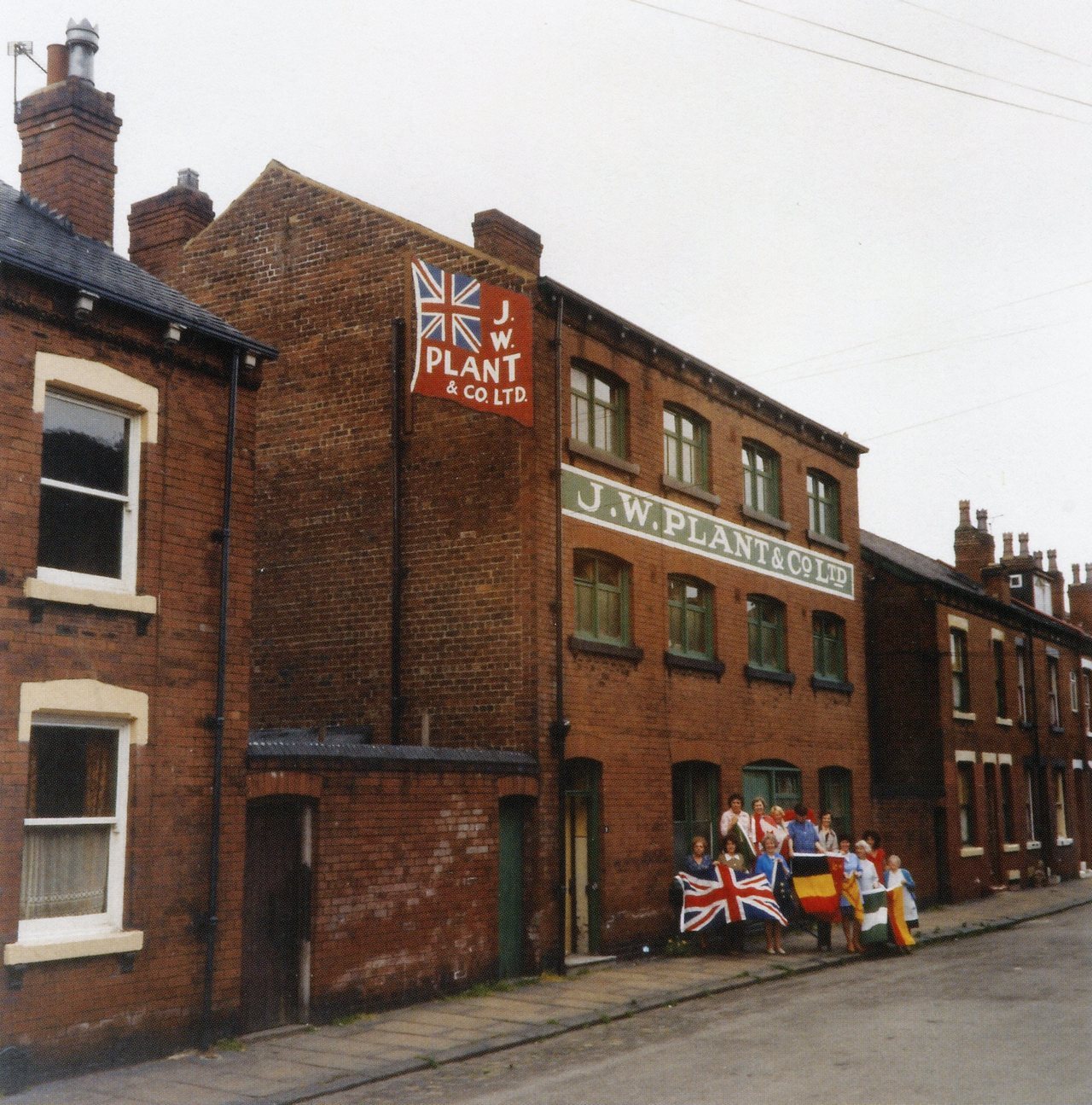 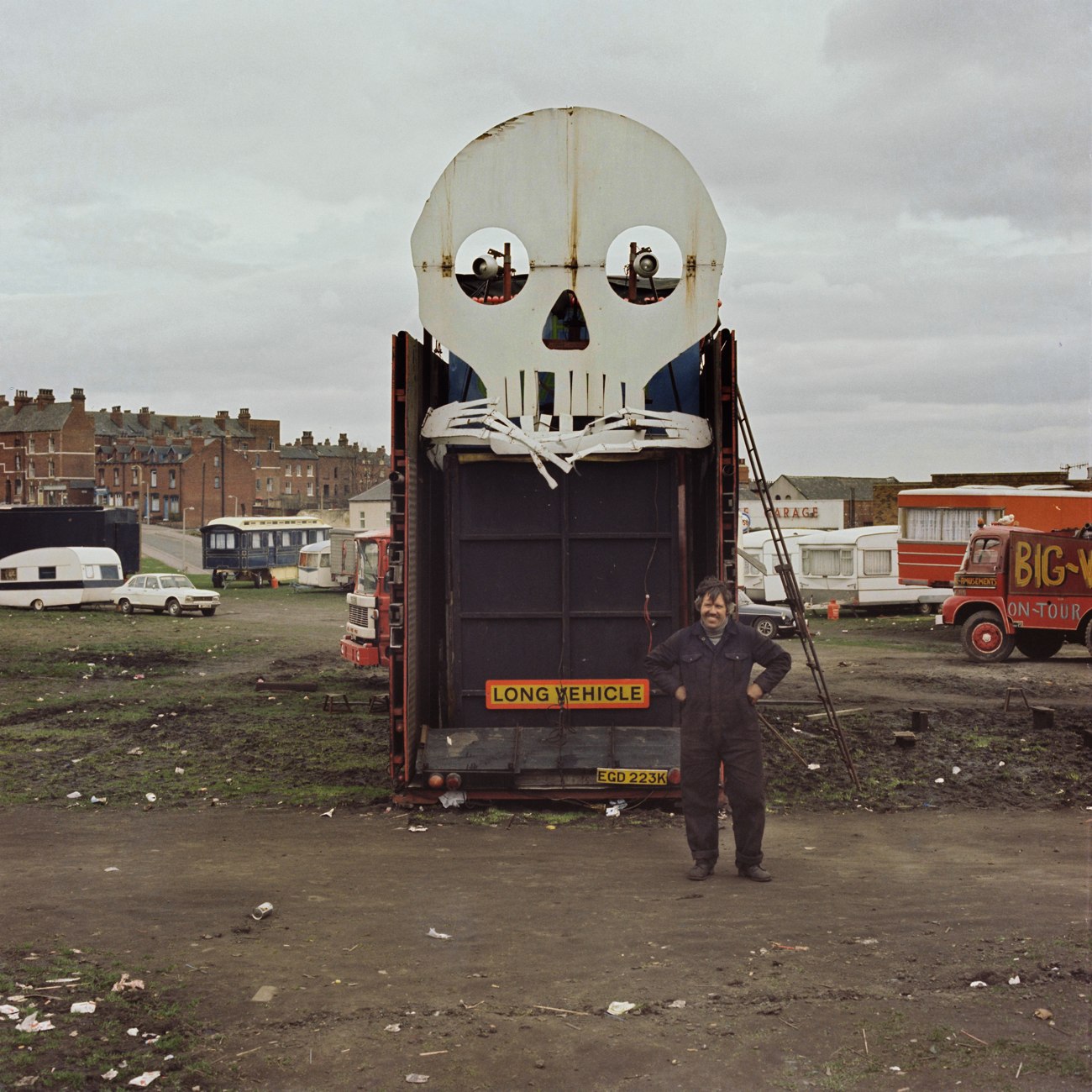 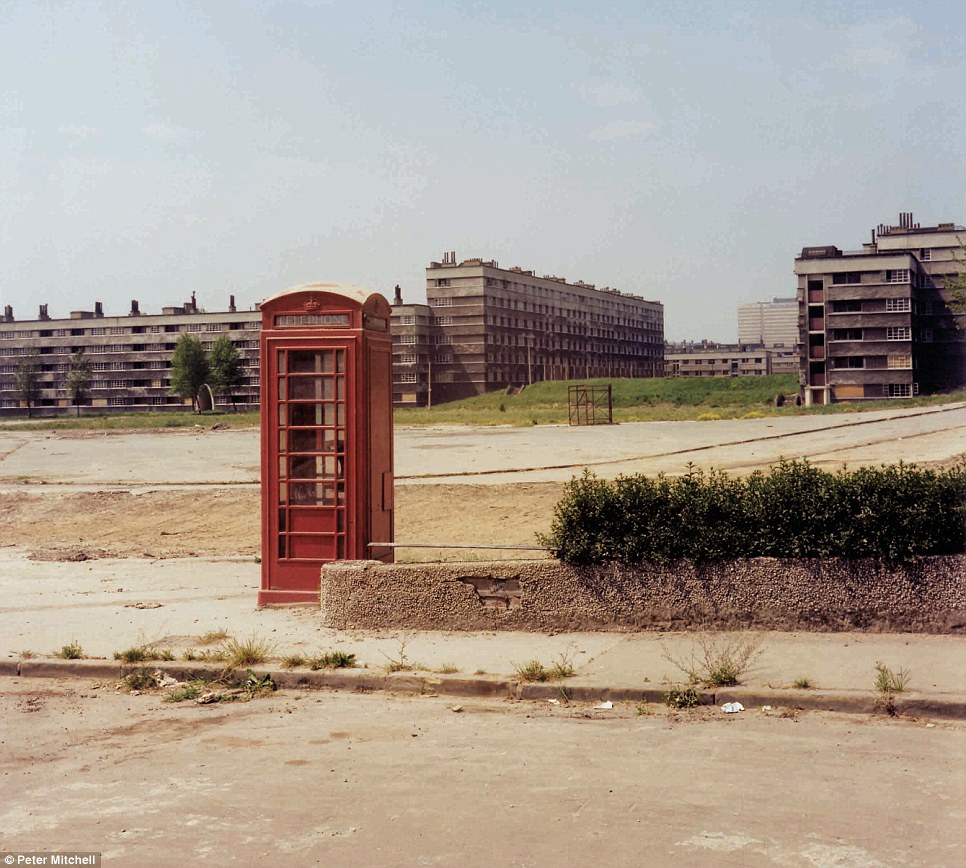 Quarry Hill Flats in Leeds, seen here in the summer of 1977 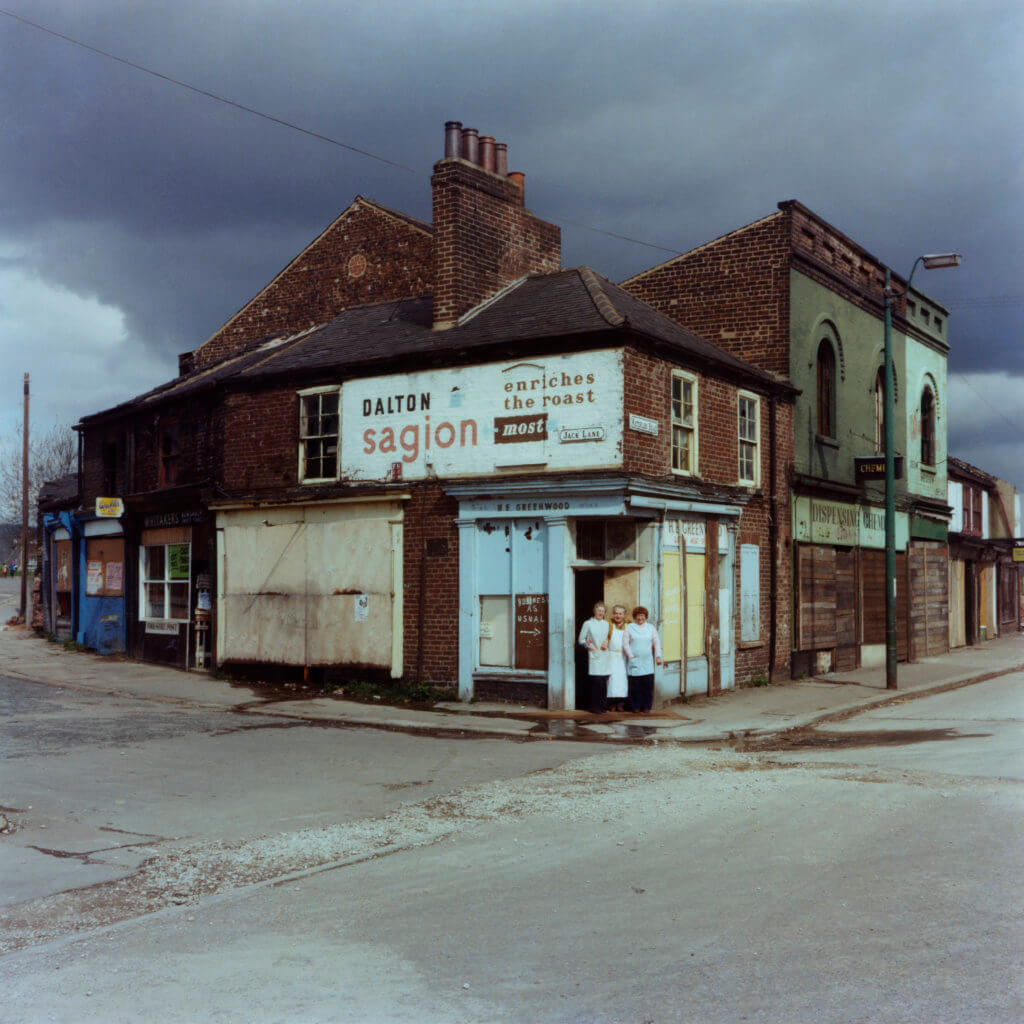 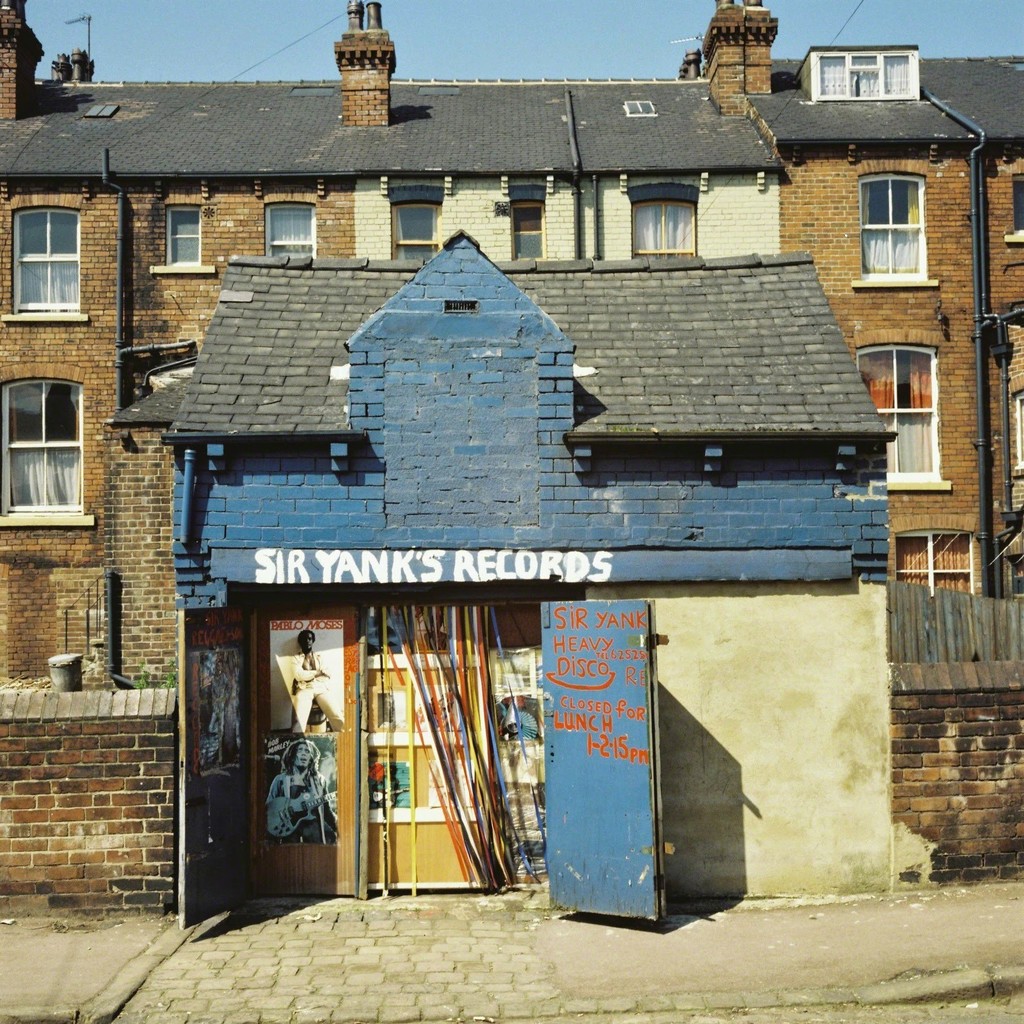 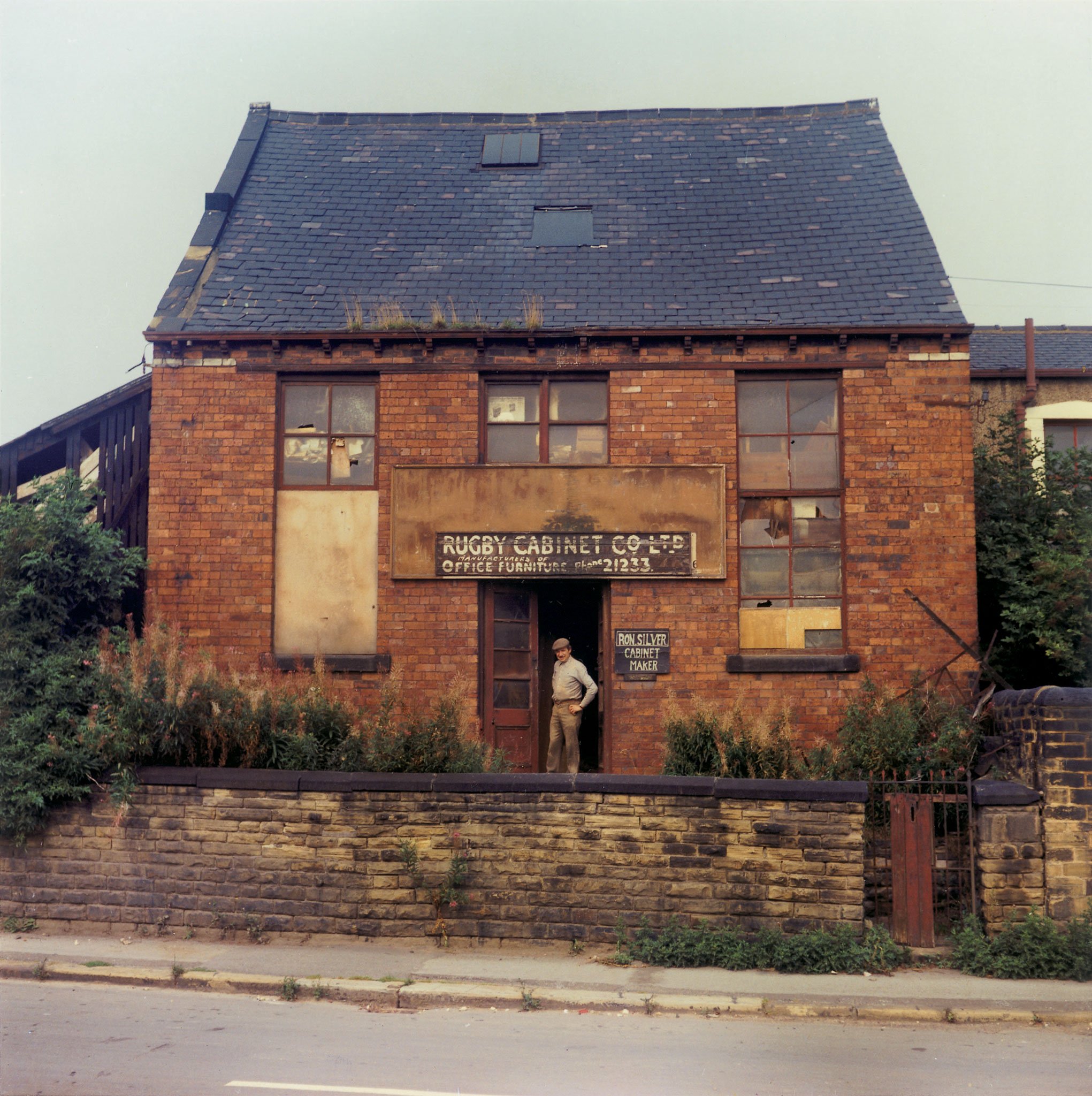 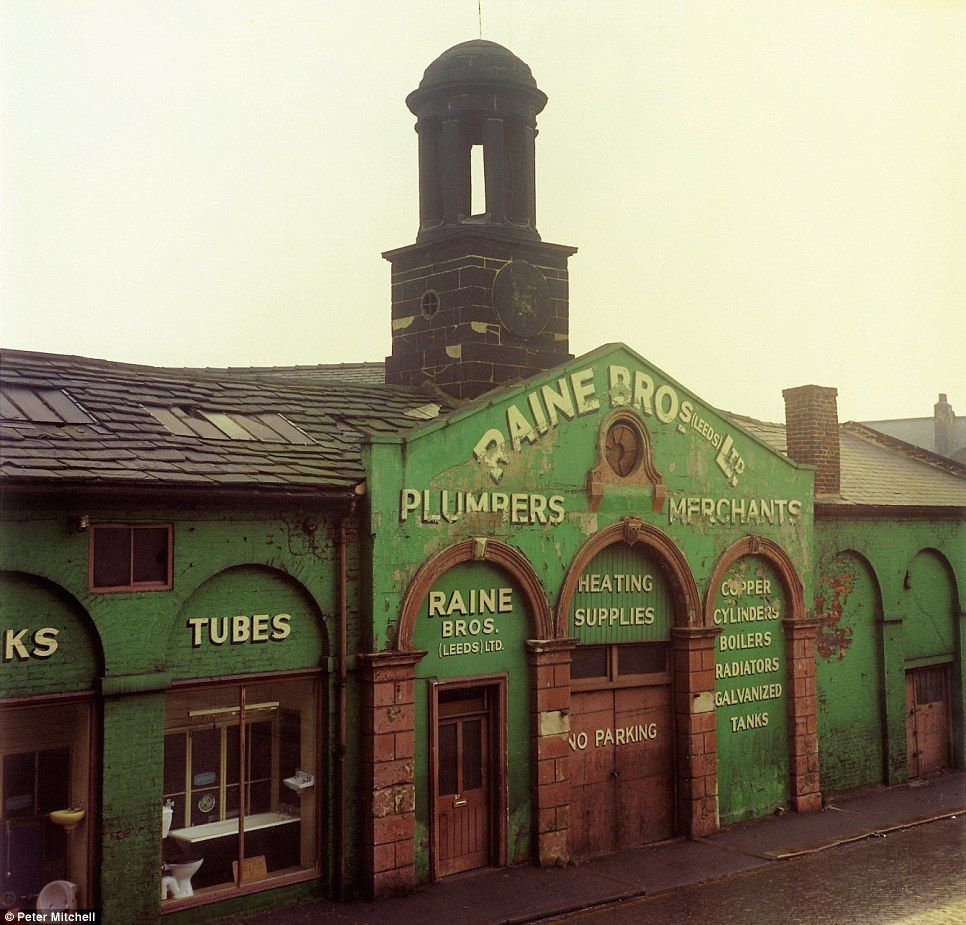 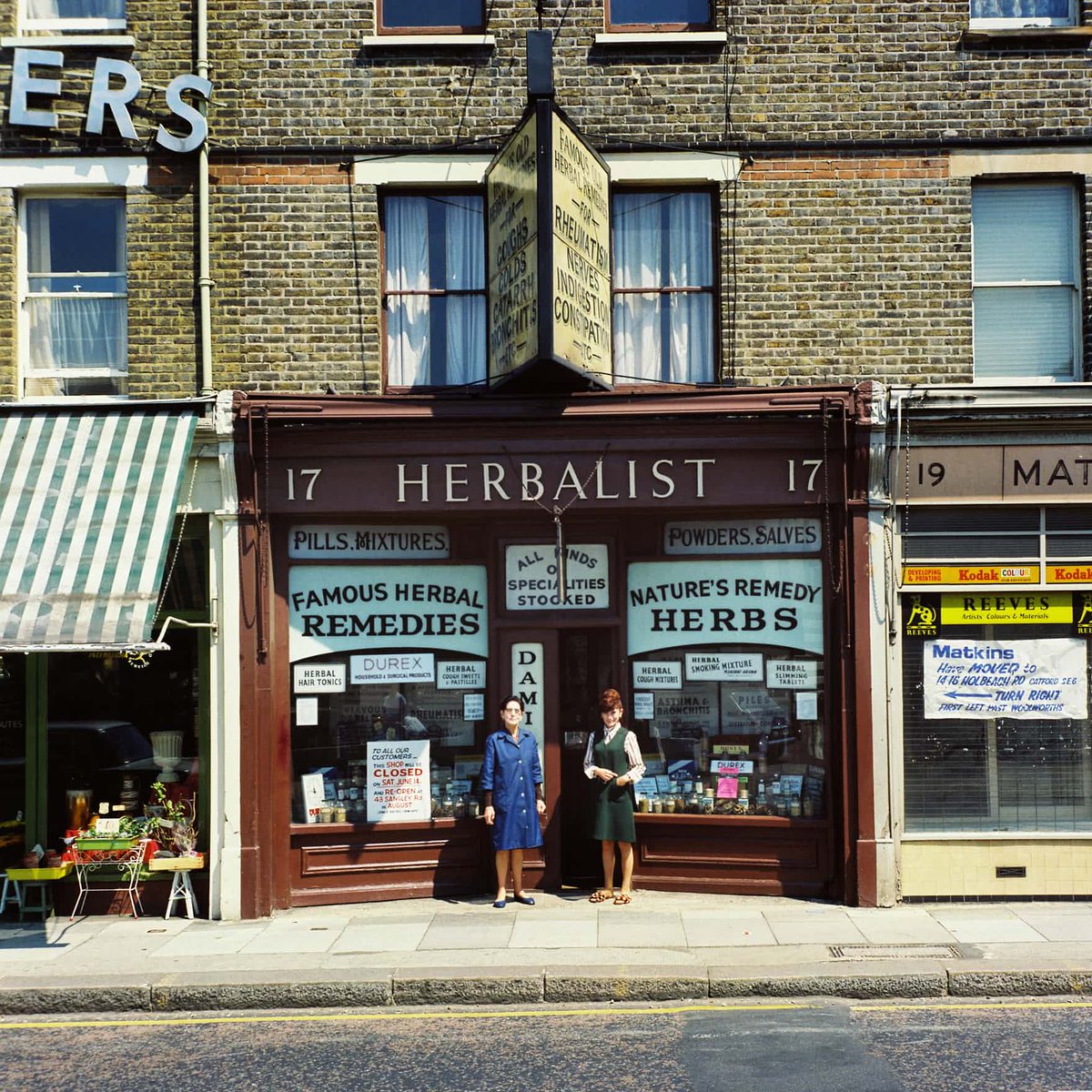 Mrs McArthy and her daughter outside the London herbalist in Stanley Road, June 1975. 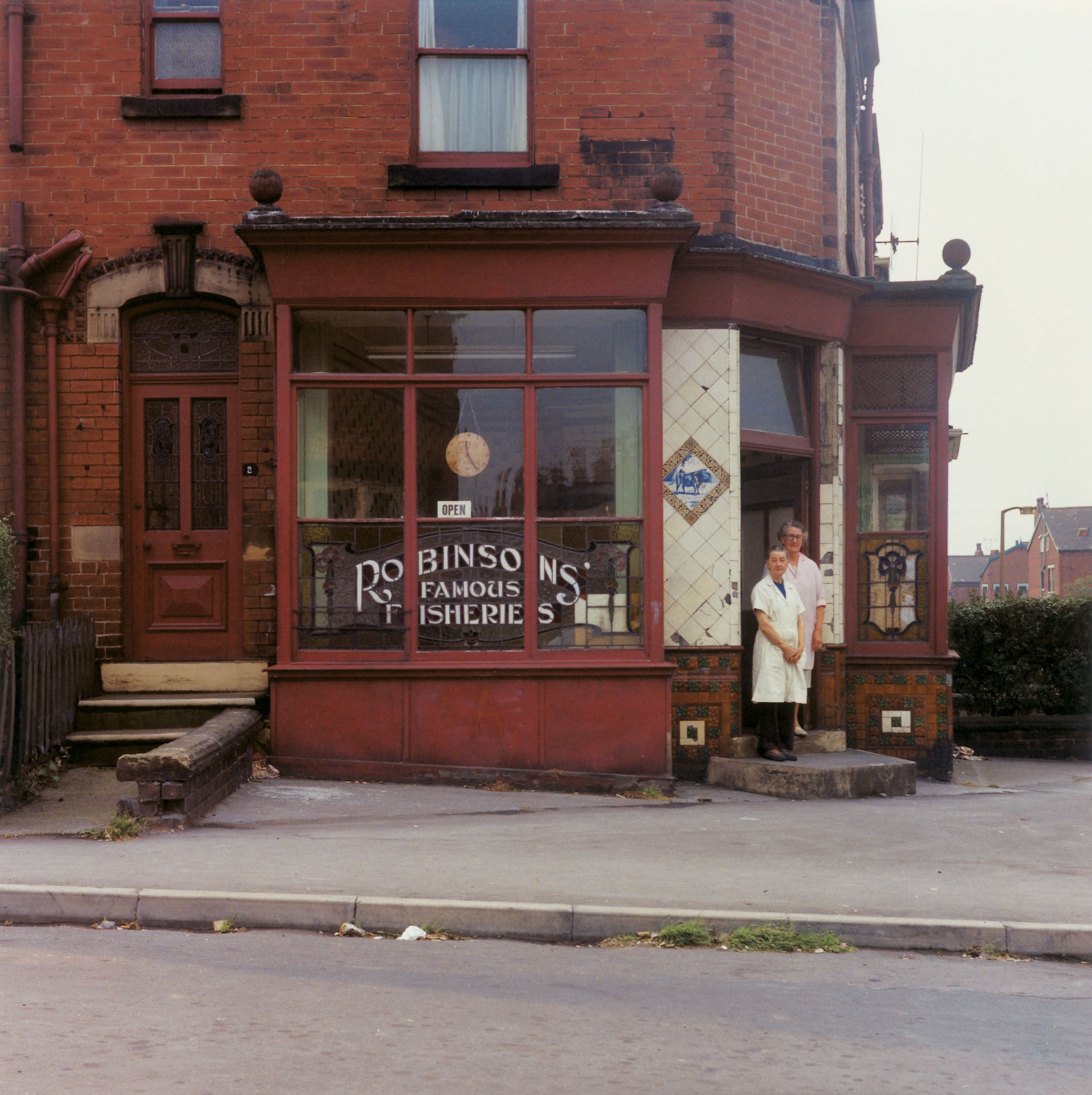 Mrs Collins and Mrs Clayton, outside Robinsons’ Famous Fisheries on Beck Road, Leeds in the summer of 1974. 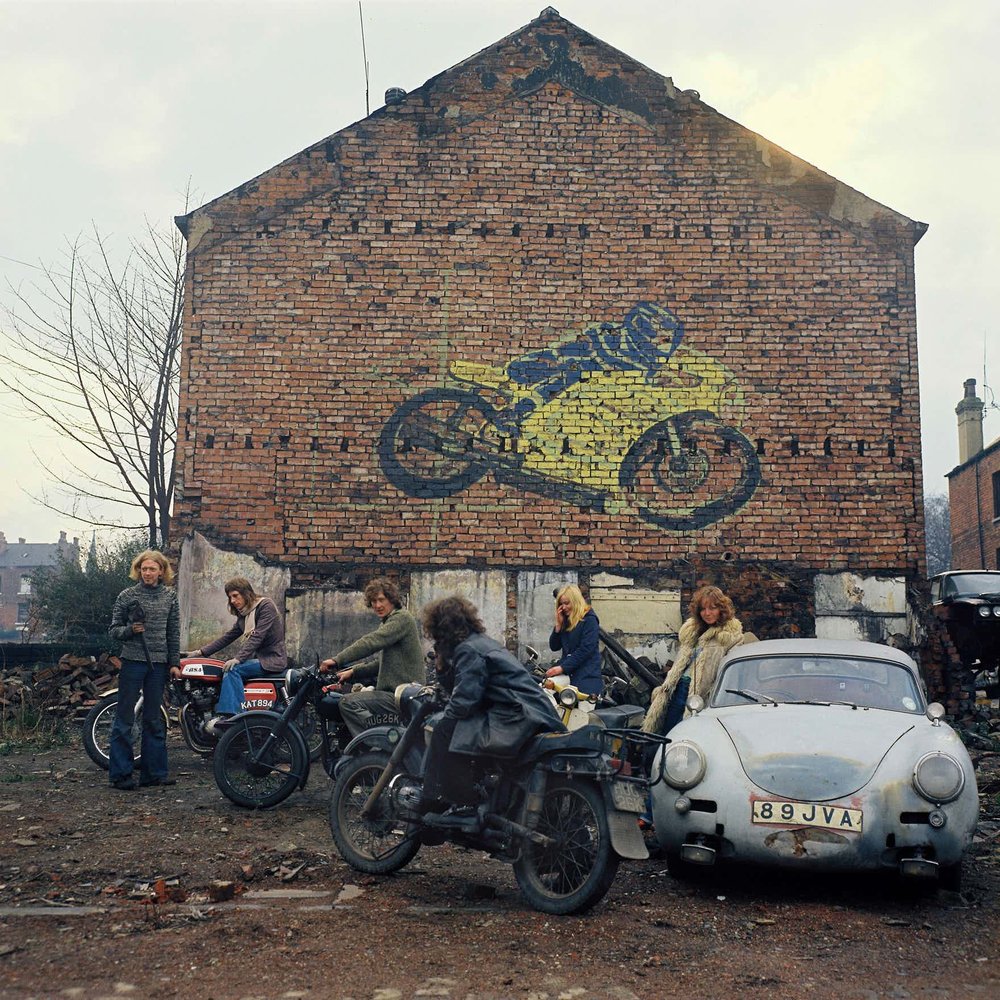 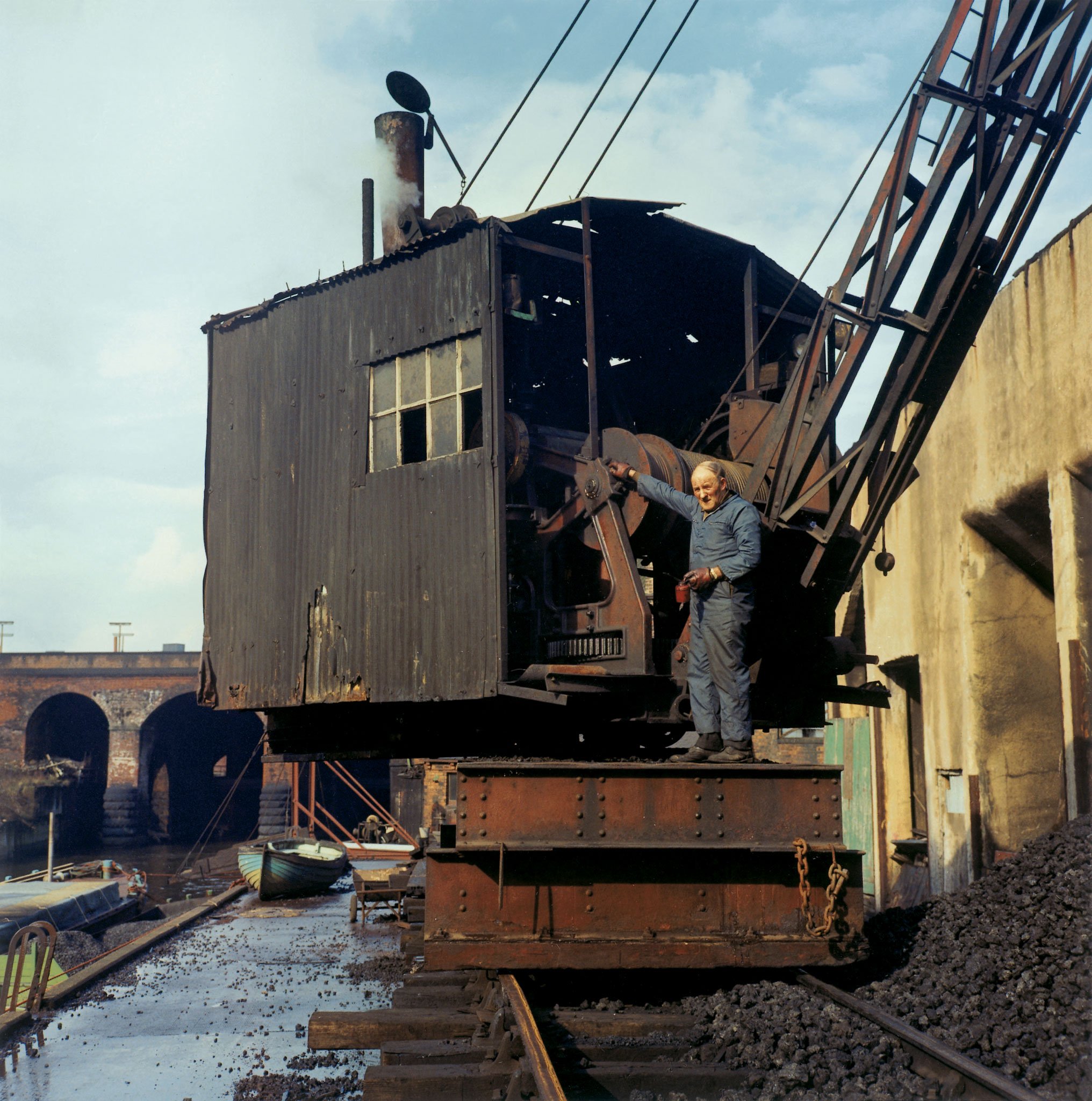 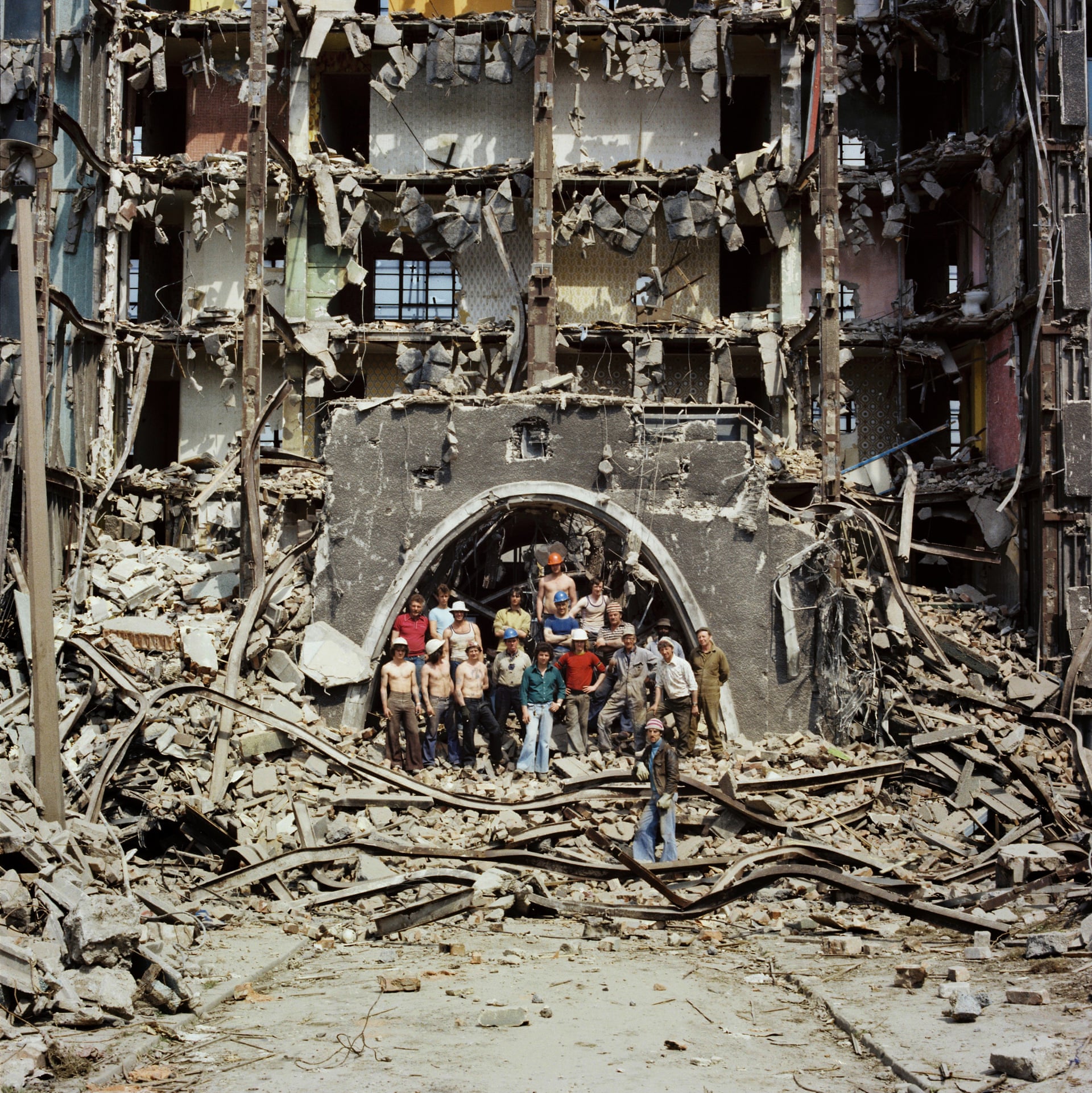 Quarry Hill Flats in Eastgate, Leeds in May 1978 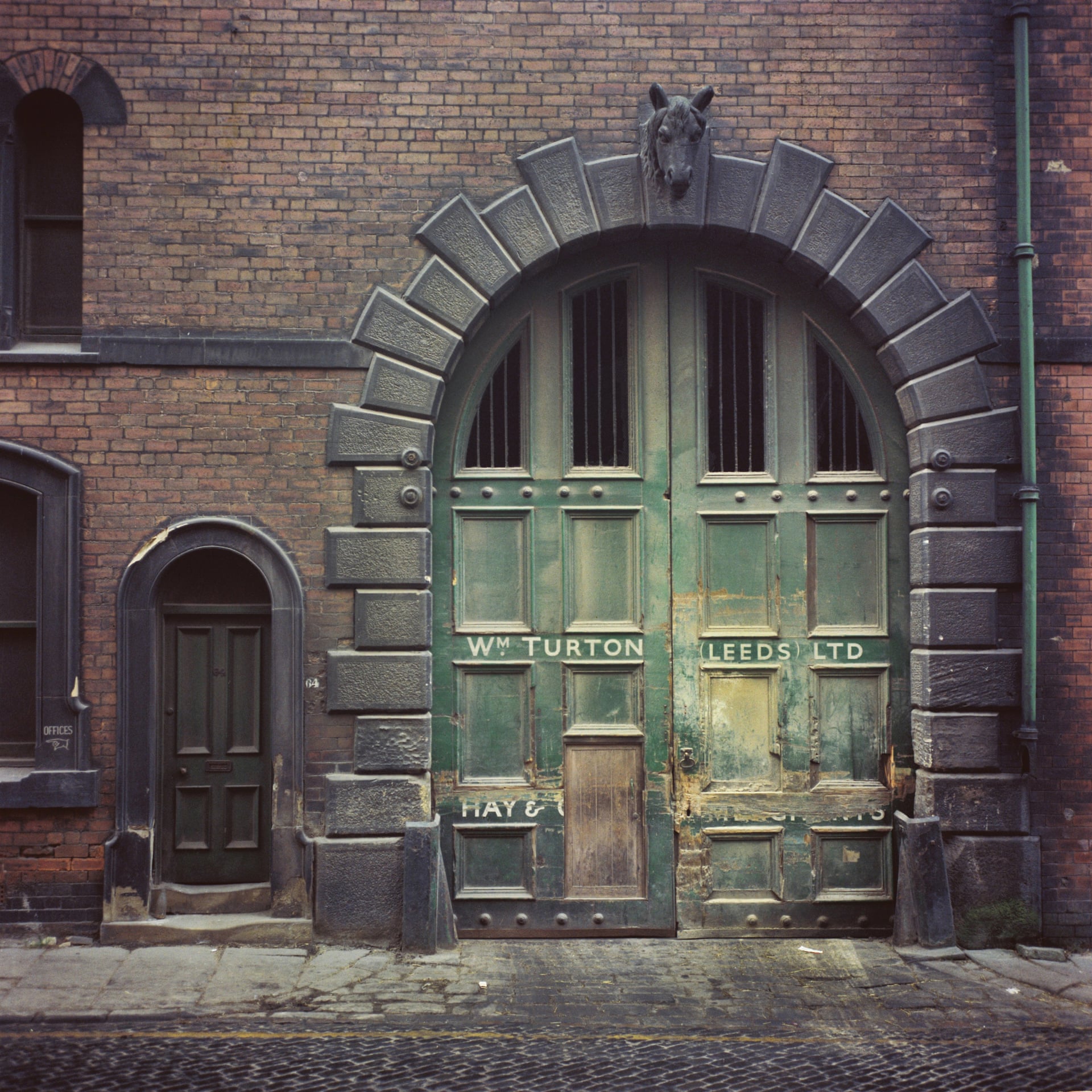 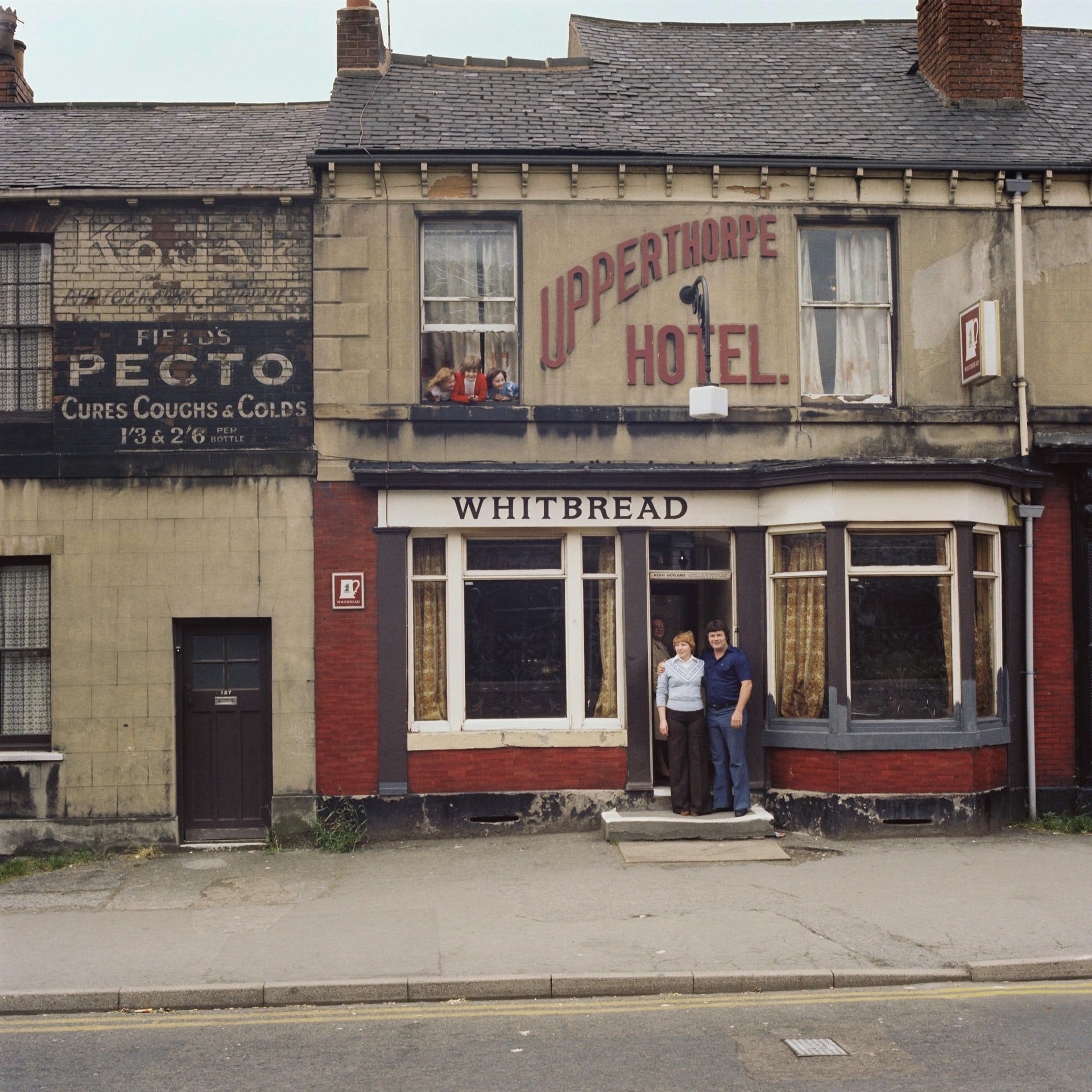 Keith and Sandra run a cosy pub on Portland Street, Sheffield. It’s closing time on a Sunday in June 1978 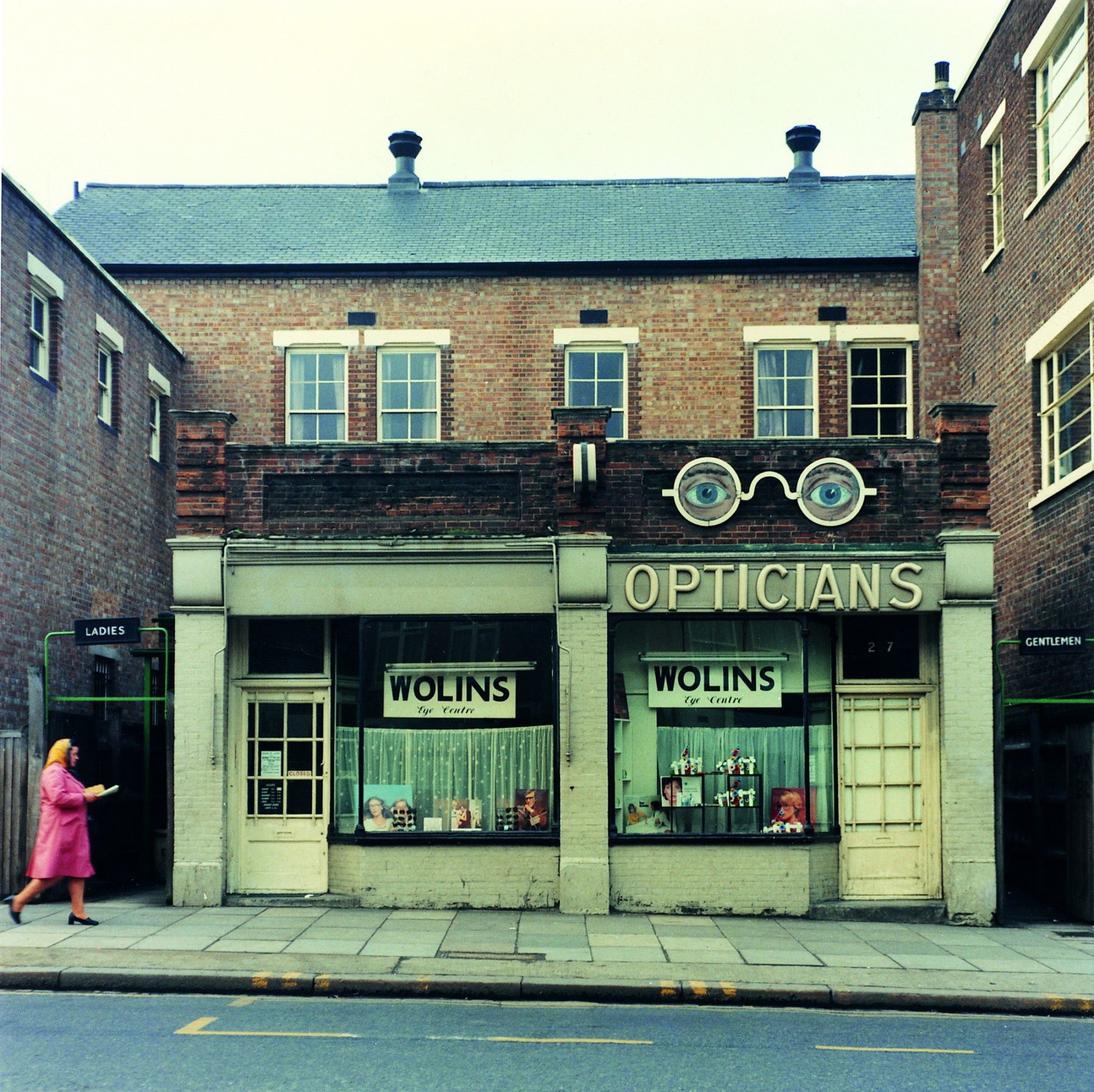 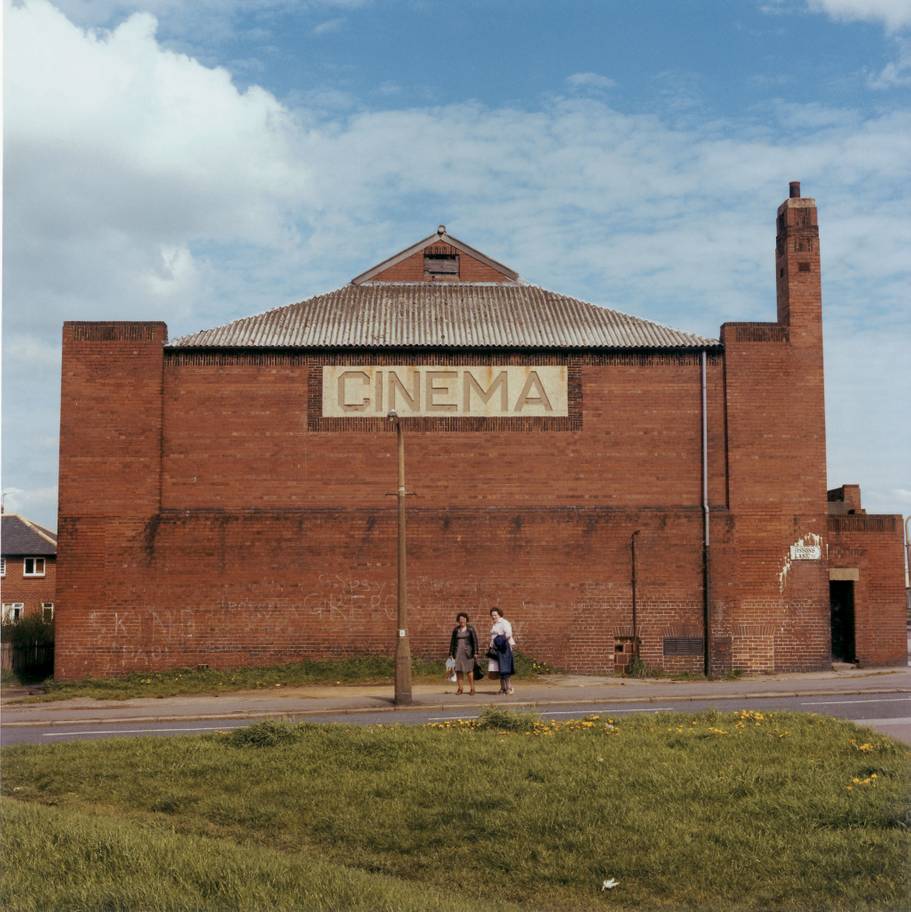 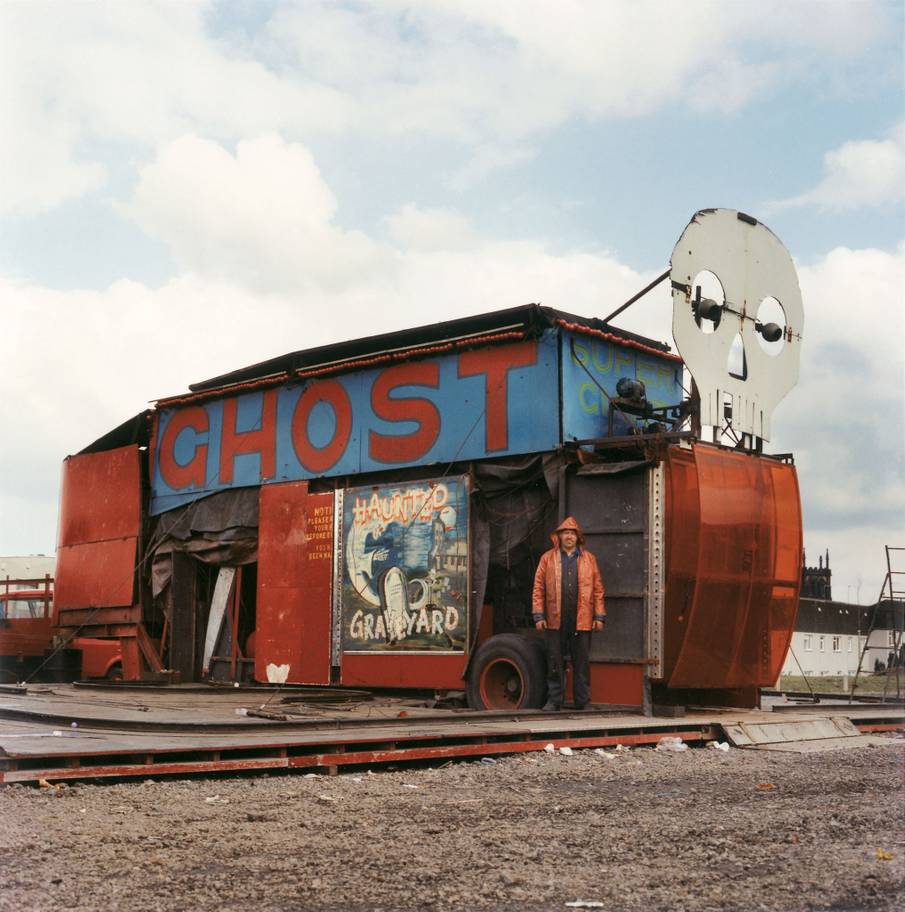 ‘Strangely Familiar’, a monograph of Mitchell’s work, is available from Nazraeli Press (nazraeli.com, email orders.uk@nazraeli.com), at £40