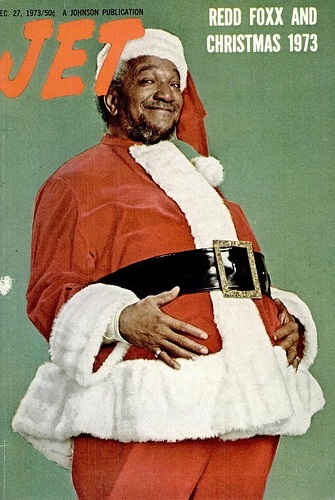 Let’s take a long, hard look at Christmas ’73, but be warned – it wasn’t pretty.

These fashions might very well have been neatly folded in boxes under your tree. For the men, there’s the form fitting acrylic sweater vest which perfectly compliments the turtleneck underneath. The houndstooth nylon slacks with elastic waist also accentuate the layered look for this rugged man of the season. 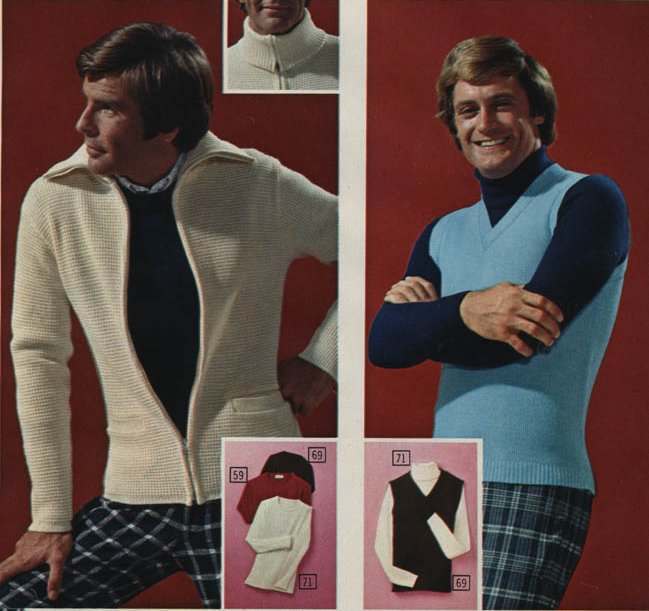 Or maybe your Christmas package contains some Pepto Bismal colored gabardine. No, this is not a cast photo of Alice, this is fashion at its most….. uh,mmm… pink. The $5.00 halter insert in the middle is slightly frightening, so save your receipts! 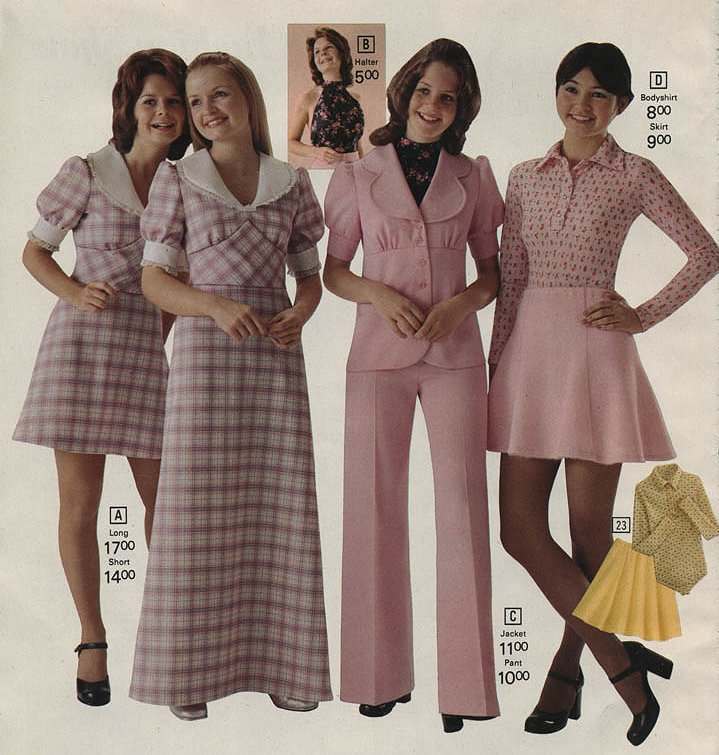 What sort of toys might you be getting this year? Well, we’re still a few years away from the really cool stuff like Six Million Dollar Man and Star Wars action figures. Stretch Armstrong was also yet to arrive on the scene . So, what was there for the kids? Not a lot really. 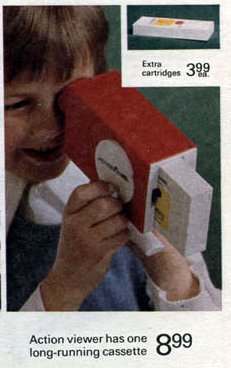 Wanna see what I got in ’73? Take a look above. Impresive, huh? Stick a cartridge in, wind the dial, and watch some animation. I loved it, but then I was easily amused. 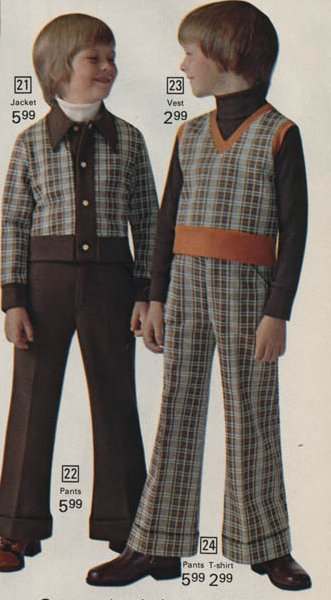 Back in the 70s kids got a lot of clothes for Christmas. It’s not like today where clothes for the youngsters are more like a side item – back then it was often the main course. Boxes and boxes of sweaters and slacks and precious few toys. Maybe it was different in your home – but you were the exception, not the rule (you lucky dog).

Holy crap was it awful looking. I realize that tastes in fashion change with the times, but I can just about guarantee the fashions of 1973 will never, ever, ever make a comeback.

I want to make it clear to all readers who weren’t born yet in ’73 that we did not regularly dress like the two lads in the picture to the left. These were church clothes, going to visit relatives clothes, clothes to wear to your cousin’s graduation – not everyday clothes! If you wore these to school you would become the guaranteed recipient of the oh-so-painful Atomic Wedgie.

Unfortunately, these were the types of clothes you’d find under the Christmas tree – not the cool looking Buffalo Bills t-shirt you’d had your eyes on.

But if you thought the fashion was bad, check out what was on the road… 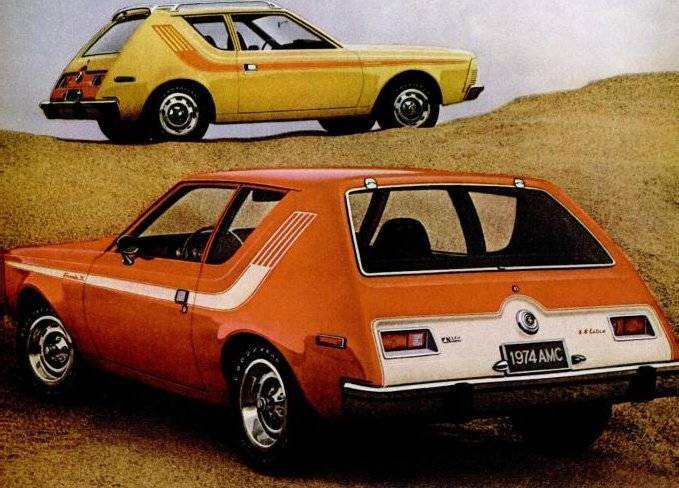 In 1973, there was a lot of worry about the fuel shortage. The OPEC oil embargo created what has been called “oil price shock”, and it lasted well into 1974 before things calmed down a bit. Subsequently, compact cars became quite popular around this time. The Gremlin (above) got 18 mpg – something to brag about back then, considering average fuel economy has gone up over seventy percent since 1973!

Amid this oil crisis, a lot of families had what is often called a “hard candy Christmas” in 1973. In other words, a very real concern over fuel prices caused a lot of people to keep it cheap that year. Probably not a good year to purchase electronics. 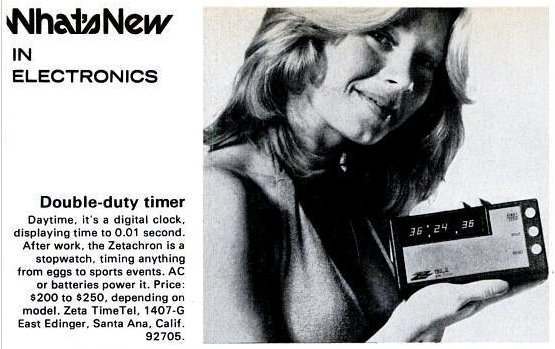 To give you an idea how expensive some of this stuff was, the digital clock above cost $250 in 1973. This converts to $1,198.60 in today’s dollars. A grand for an effing clock! Digital displays were something new, so that explains why it’s so steep. However, a standard color television was about the same price – still pretty high considering how small the picture was (not to mention the lousy picture quality and the fact that you only picked up 3-4 channels). 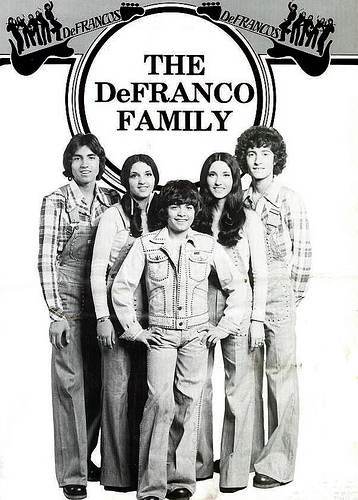 As for popular culture, the heart throb of the day was undeniably Tony DeFranco. The Jackson 5 were big, but Tony owned the hearts of pre-teens during the holiday break of 1973. It would be short lived.

If you were a 10-11 year old girl in December 1973, odds are you had the DeFranco album under your Christmas tree. However, the rest of the population had no need for the DeFrancos – here’s the top ten from Billboard’s Hot 100… 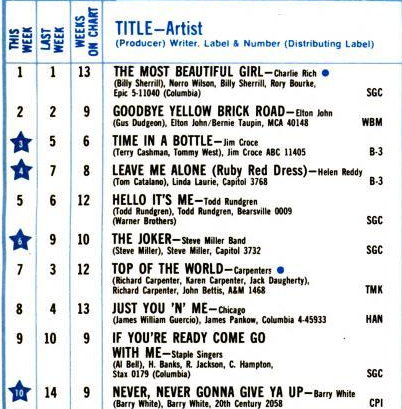 And what about that tree your DeFranco album and skin tight sweater vest was under? Chances are it was 100% synthetic. Back then, the artificial trees didn’t look as realistic as they do today, so you basically had two options: (1) be proud of your artificial tree and make it gawdy pink or blue aluminum or (2) hide its ugliness with tons of flocking, miles of popcorn garlands, and piles and piles of tinsel… 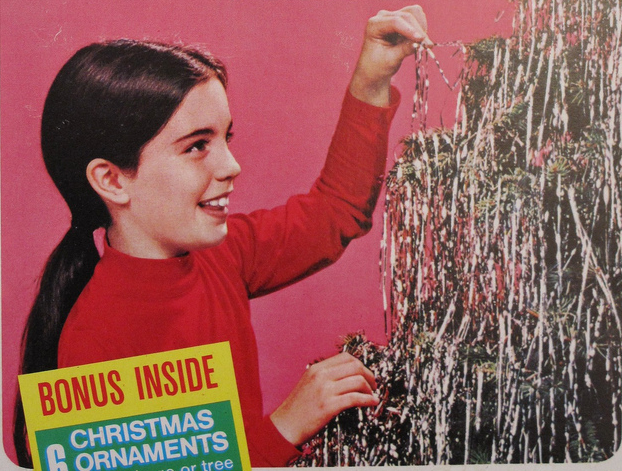 The obnoxiously fake pink and blue trees of the 60’s were fast fading out of fashion, so more than likely you had the fake tree with billions of metallic icicles that you’d still find embedded in your shag carpet at Easter. At least, if you had a real tree you could throw it out with the icicles still on it. Those with artificial trees, however, had to painfully pick those damn things off!

December 1973 was an interesting time – Nixon was well on his way to impeachment at this point, and I could go on and on. But, I guess this is about as good a place as any to stop this stroll down memory lane. Hope you enjoyed it.