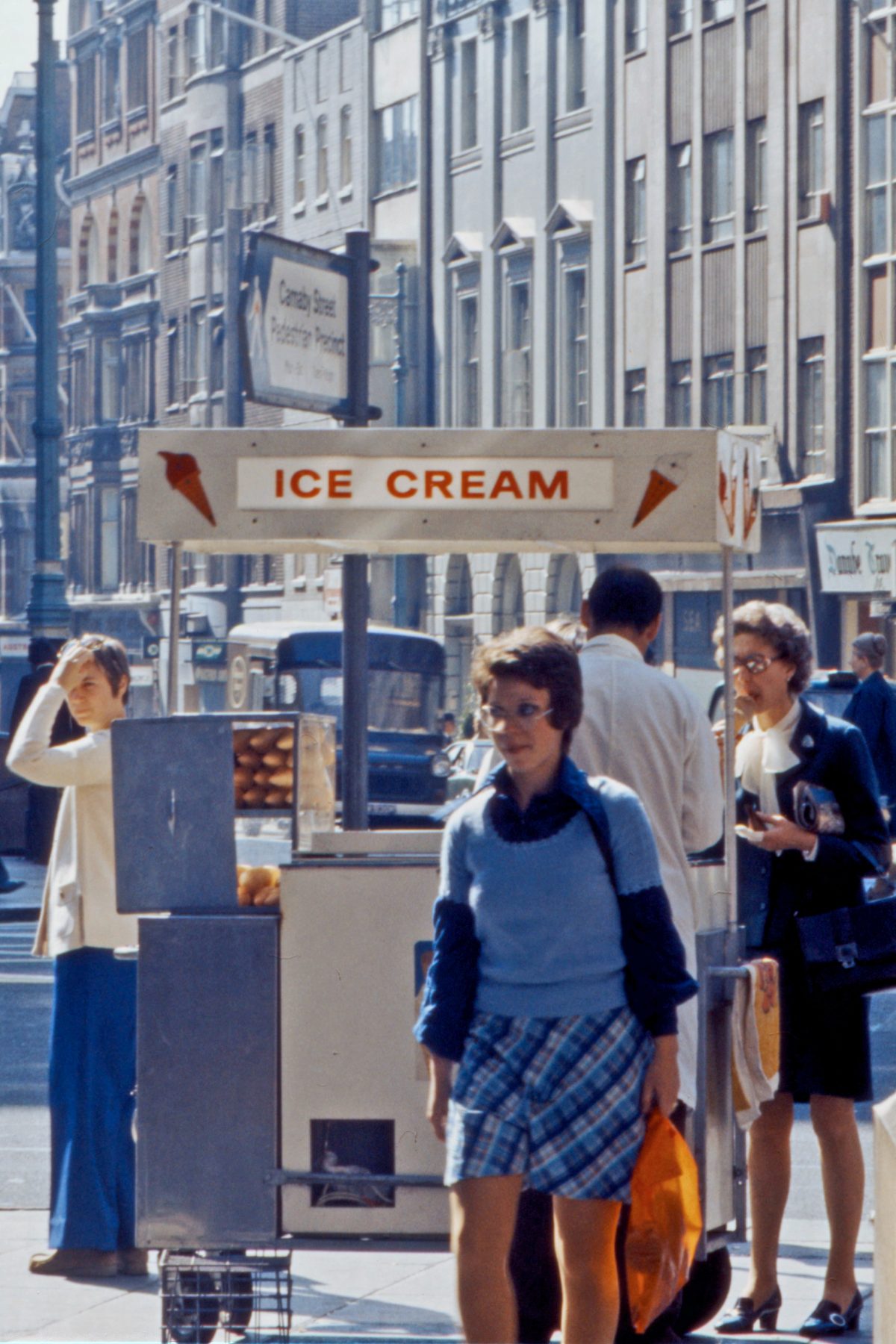 These fascinating photos of London in 1973  are shown courtesy of Antydiluvian on Flickr – he described his trip to me: “My camera was a Minolta SRT101, and London was the first stop on a month-long tour of Europe my wife and I took on our own.” He wasn’t impressed with the food:

Much of the food we tried in London — and in England generally — was bland, tasteless, and (in restaurants) overcooked, as we’d been told it would be. Saying no to it was easy.

No Nigella Lawson then.

Two examples (of many) from my journal:

Saturday, September 8, 1973:
[An Italian restaurant on Greek Street in Soho] “I had steak (read “shoe leather”) and spaghetti, while Lin had pork chops (read “fat and bone”) and spaghetti. The other family in the place (English) seemed to be enjoying their meal, but ours was terrible.”

Tuesday, September 11, 1973:
[Outside Hampton Court] “All that was left was the ‘Mr. Softee’ truck across the road. The ice cream wouldn’t do—English ice cream stinks. So it was lemonade for me (horrible) and cola for Lin (passable).” 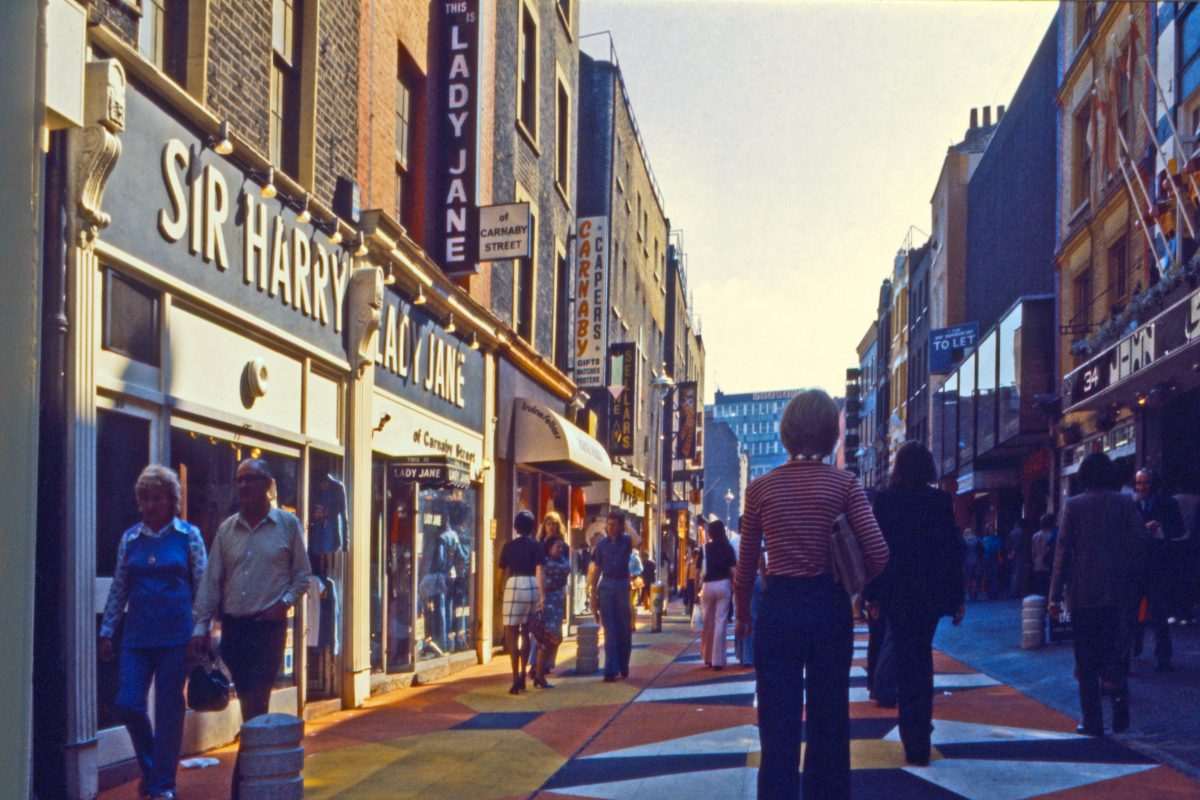 In 1964 Time Magazine wrote: “The fashion Mecca for Mods is Soho’s Carnaby Street, where a string of shops offers pink denim shirts, crimson leather vests and blazing red tartan pants for ultra-slicks.” In 1973, nine years later, when we were there, this image of “Swinging London” had devolved a bit. Now Carnaby Street was t-shirt racks along the sidewalks and rubberized panels on the pavement to make shopping a little easier on the feet. 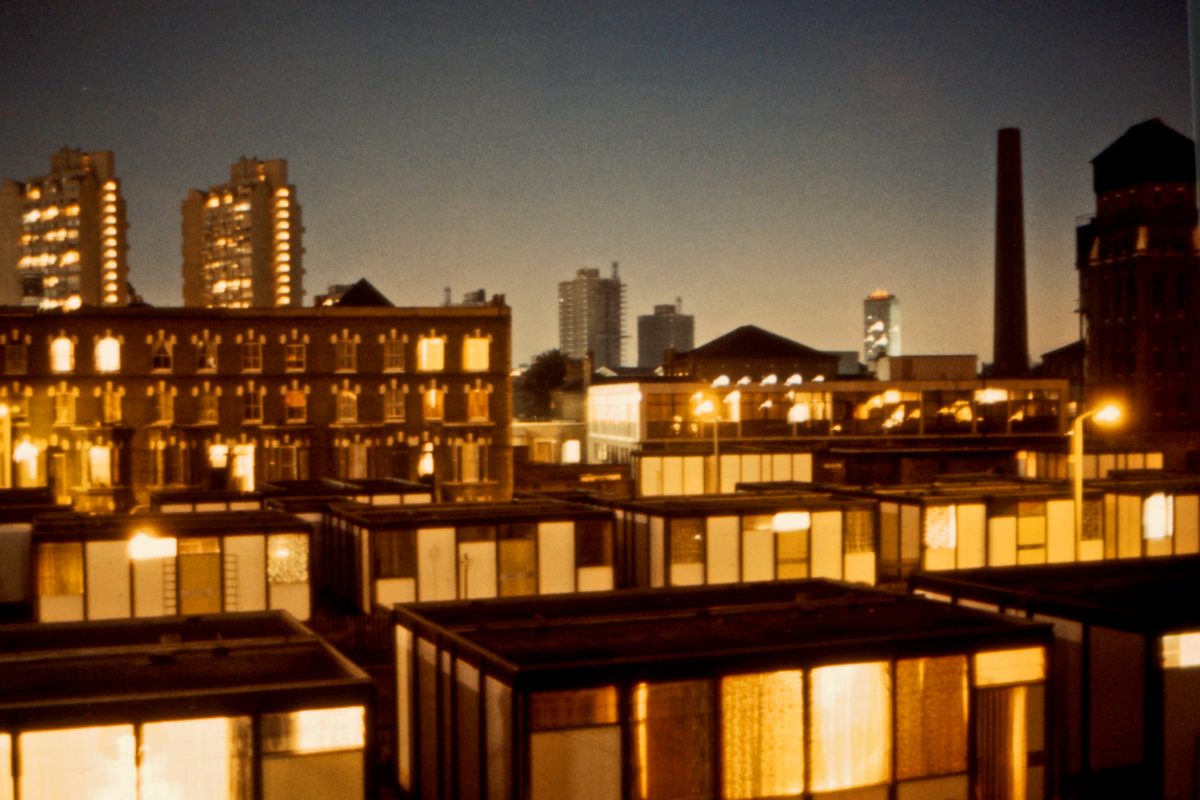 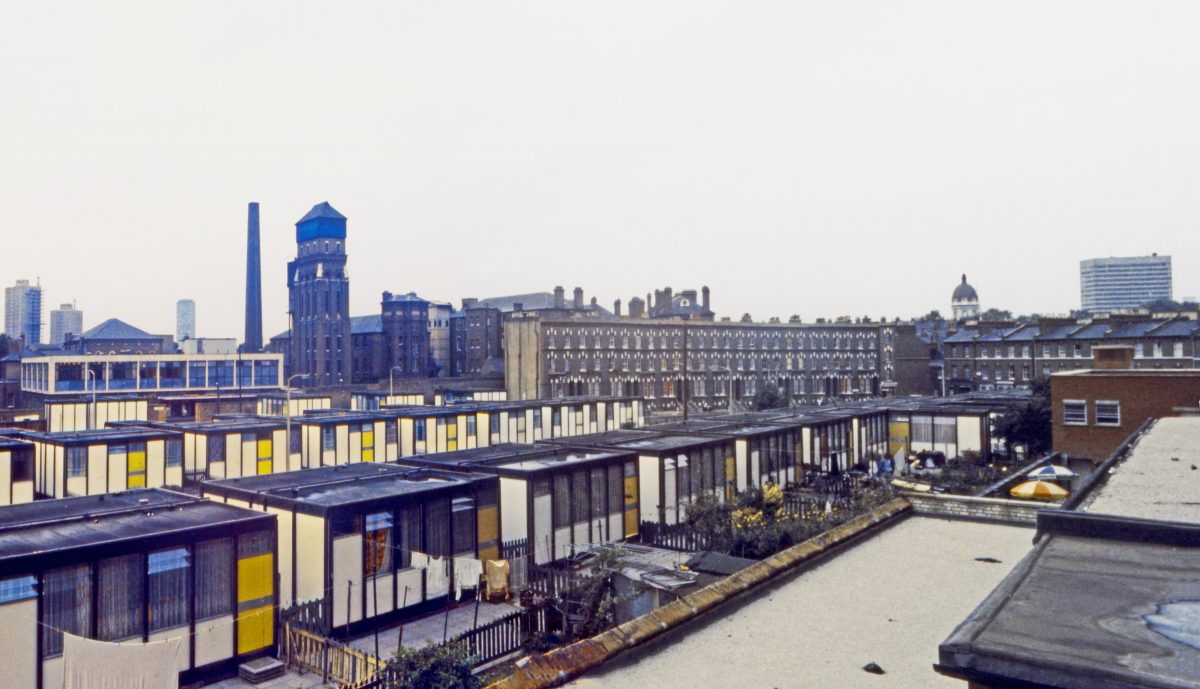 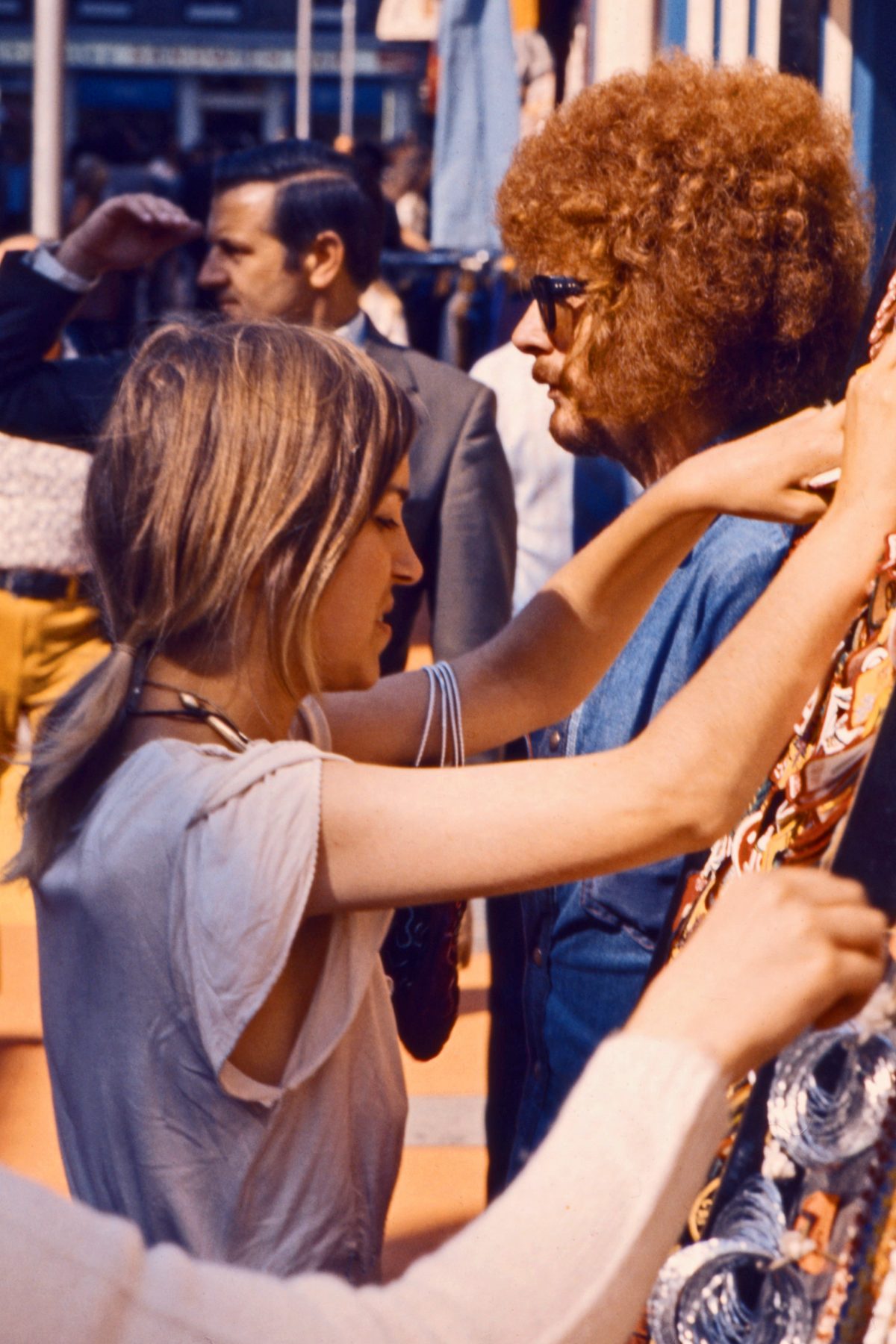 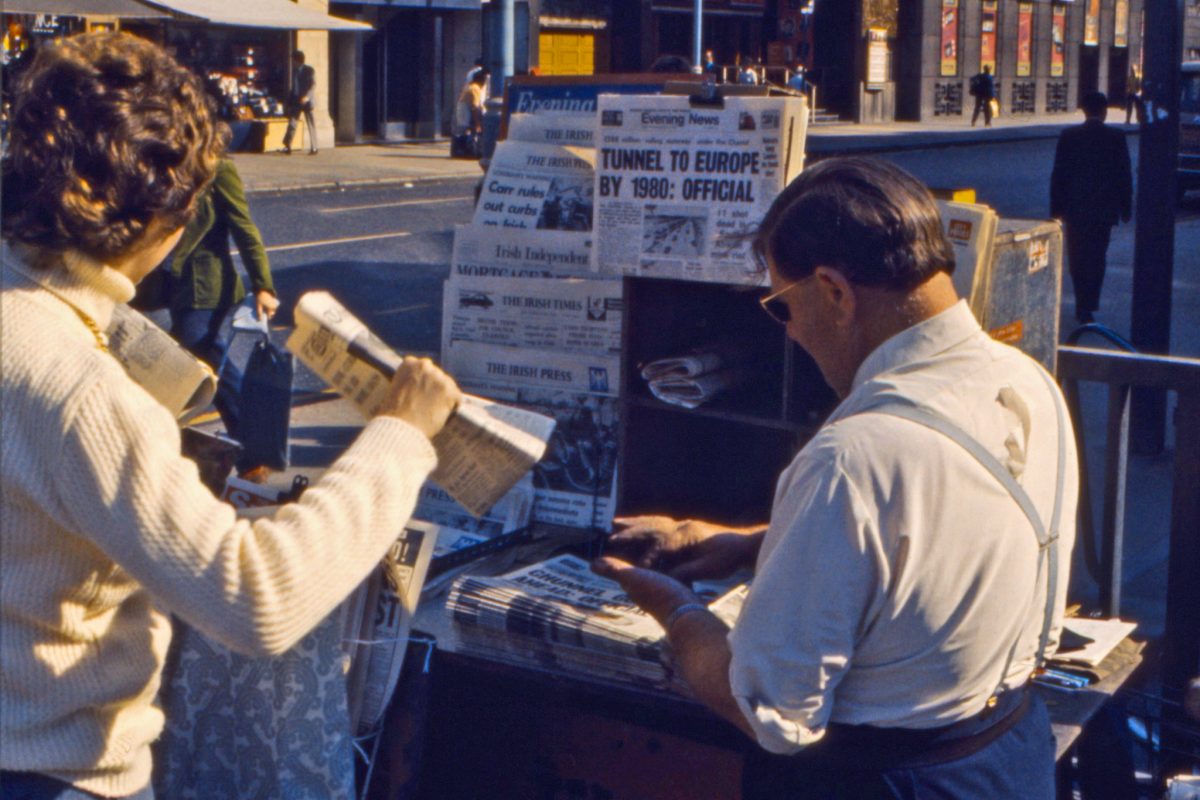 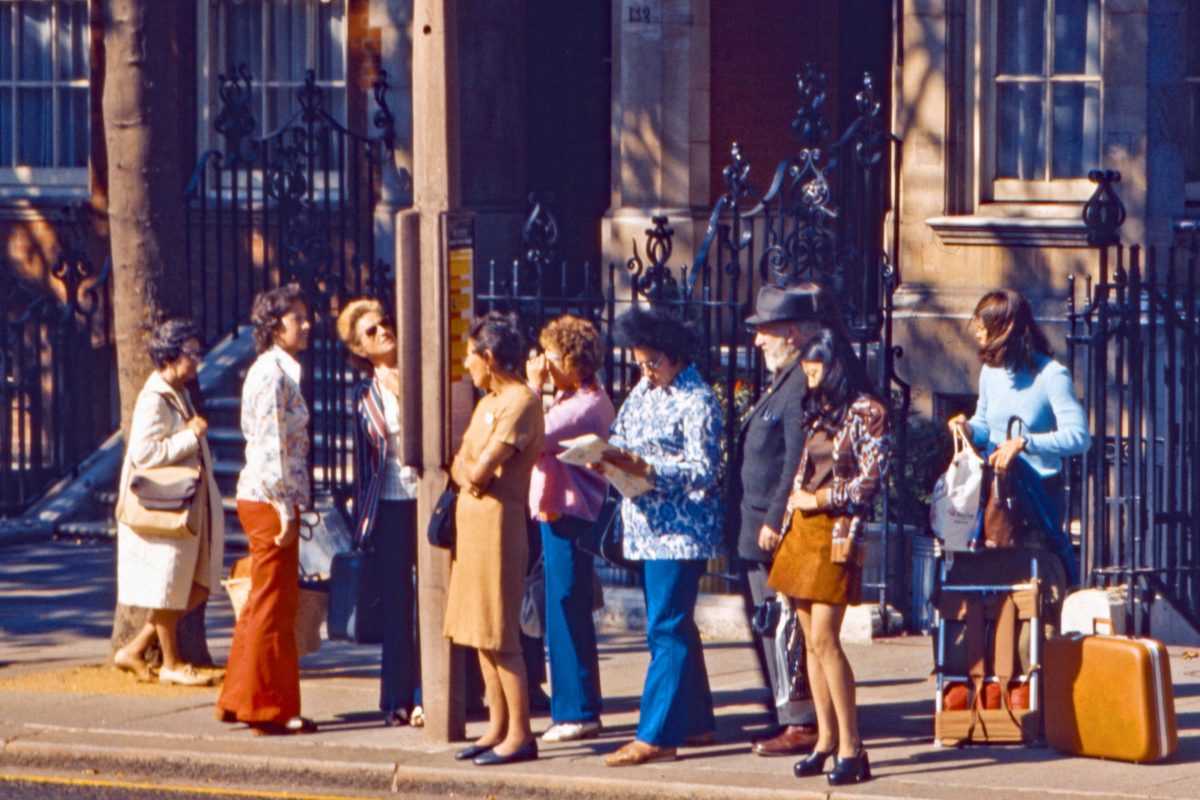 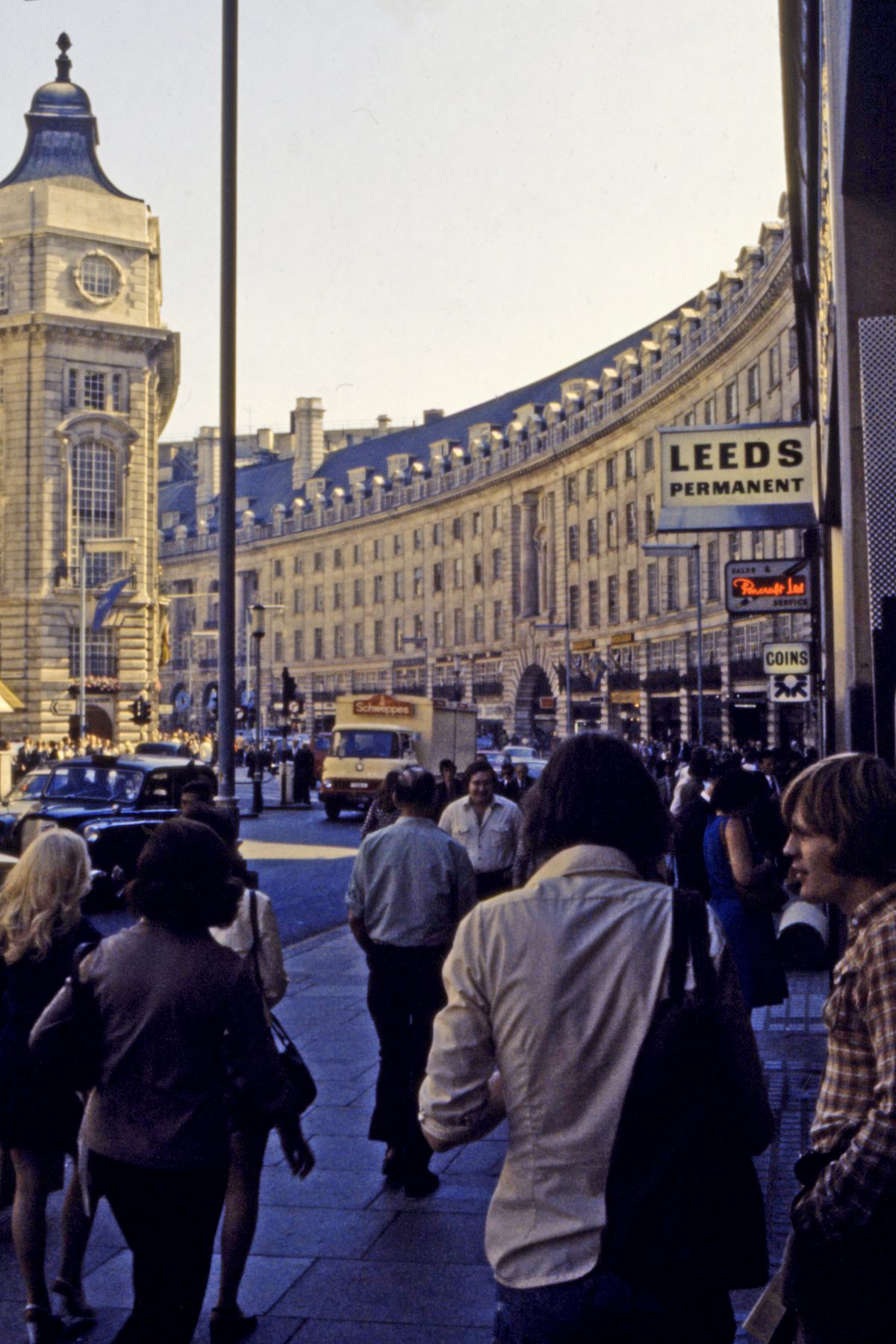 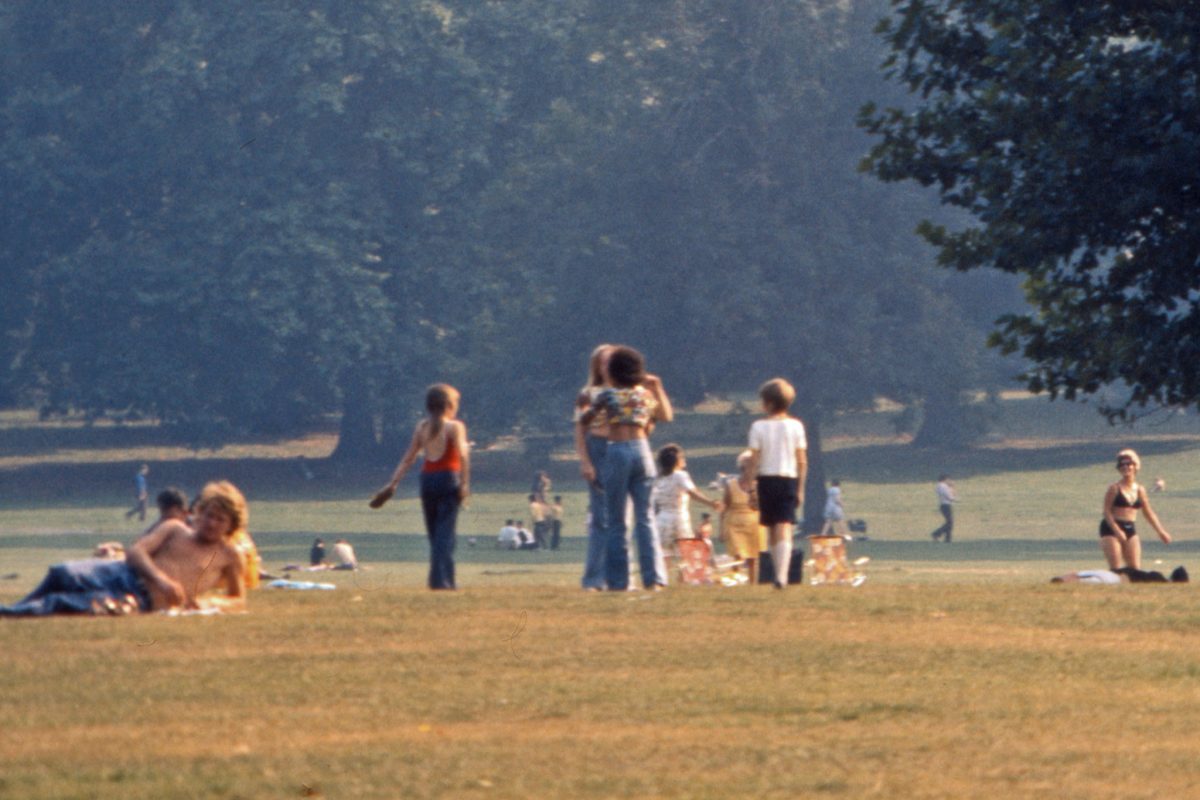 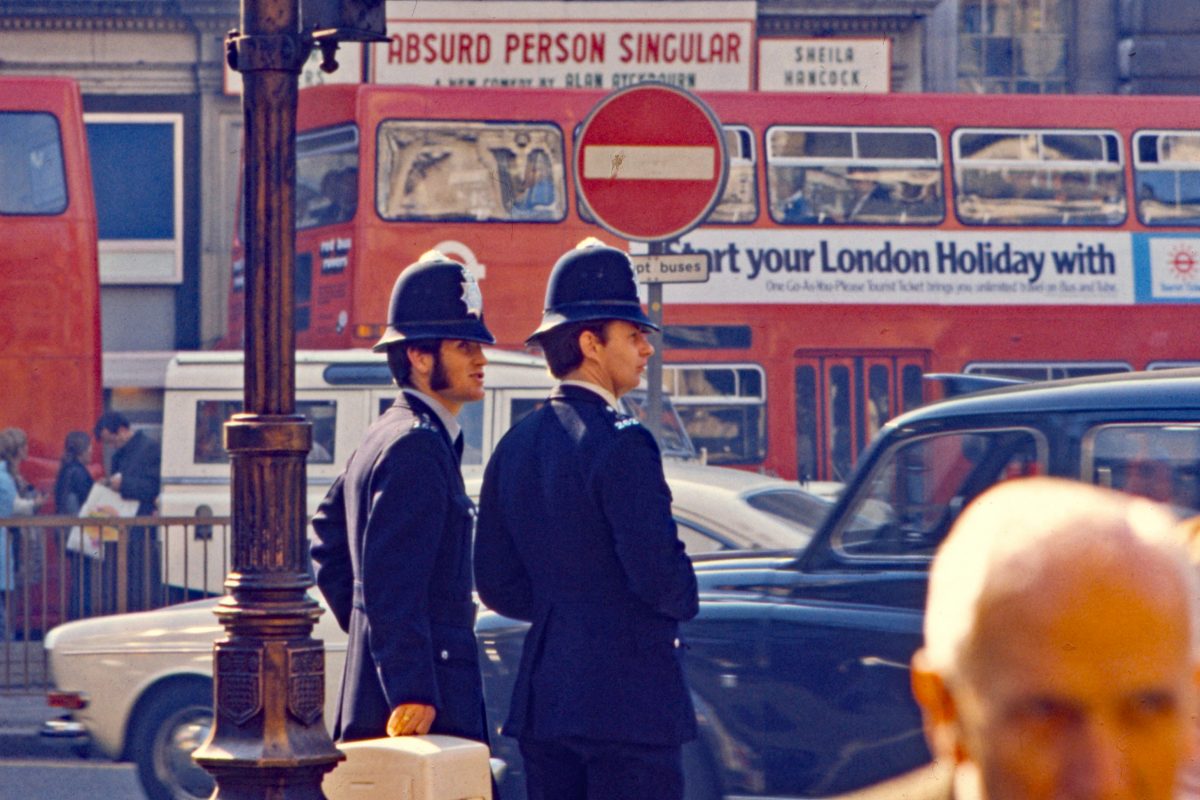 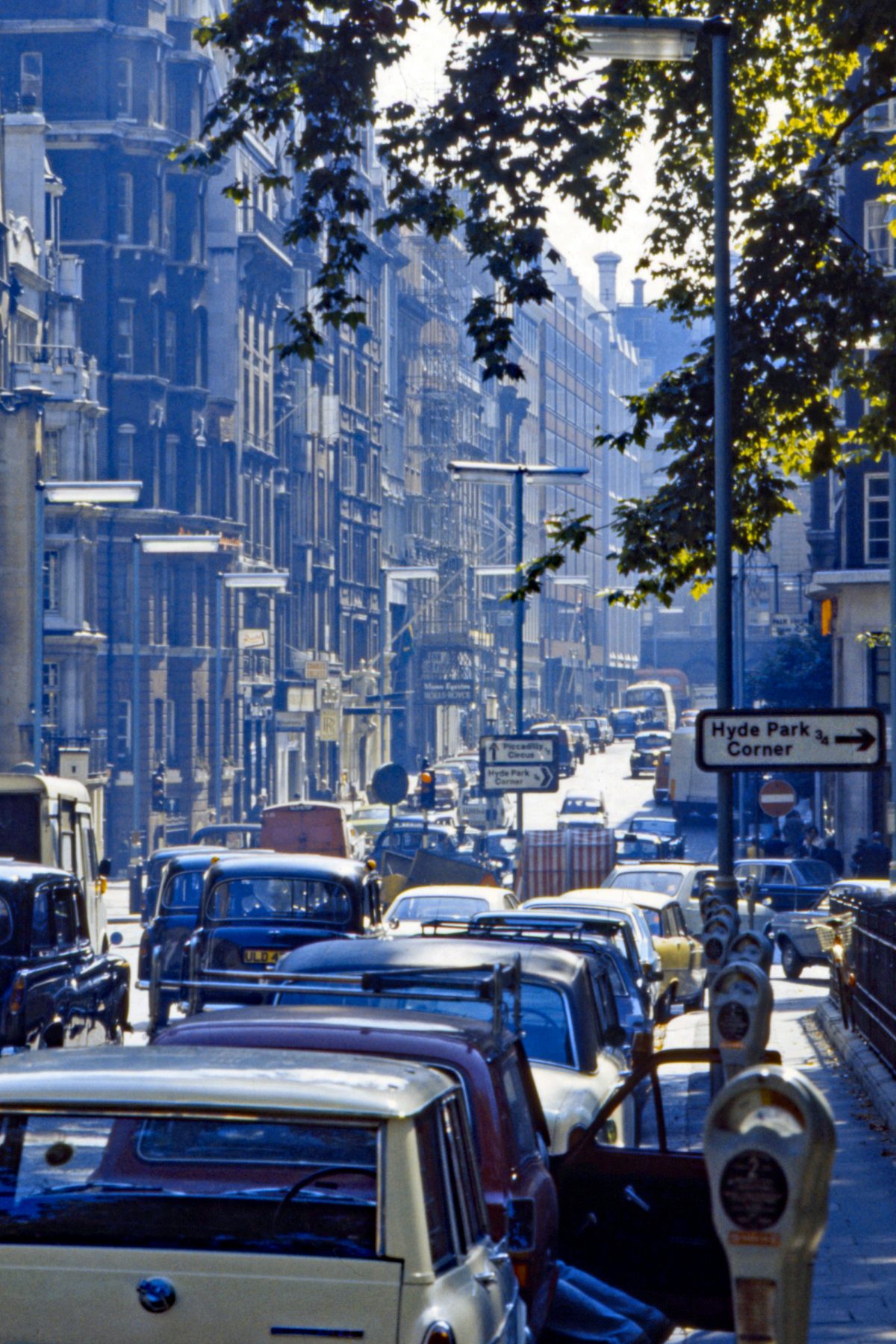 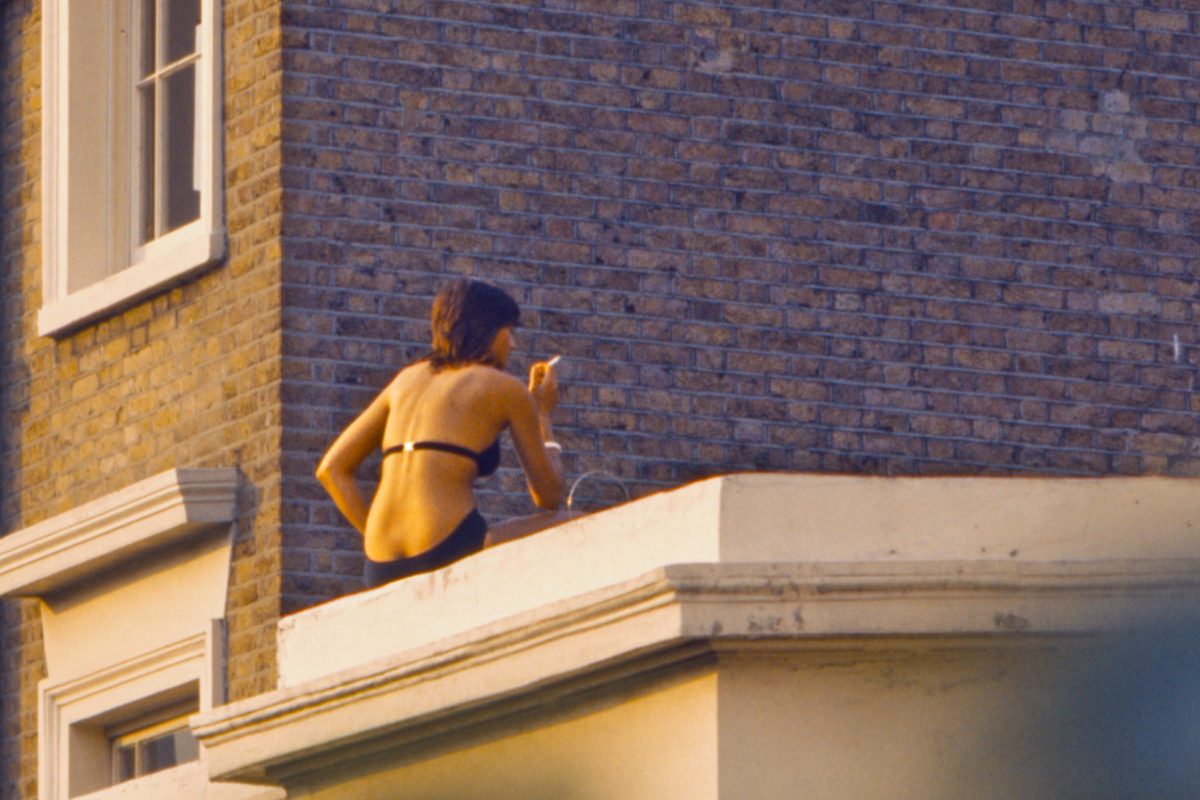 Sunbathing in Little Venice by the canal 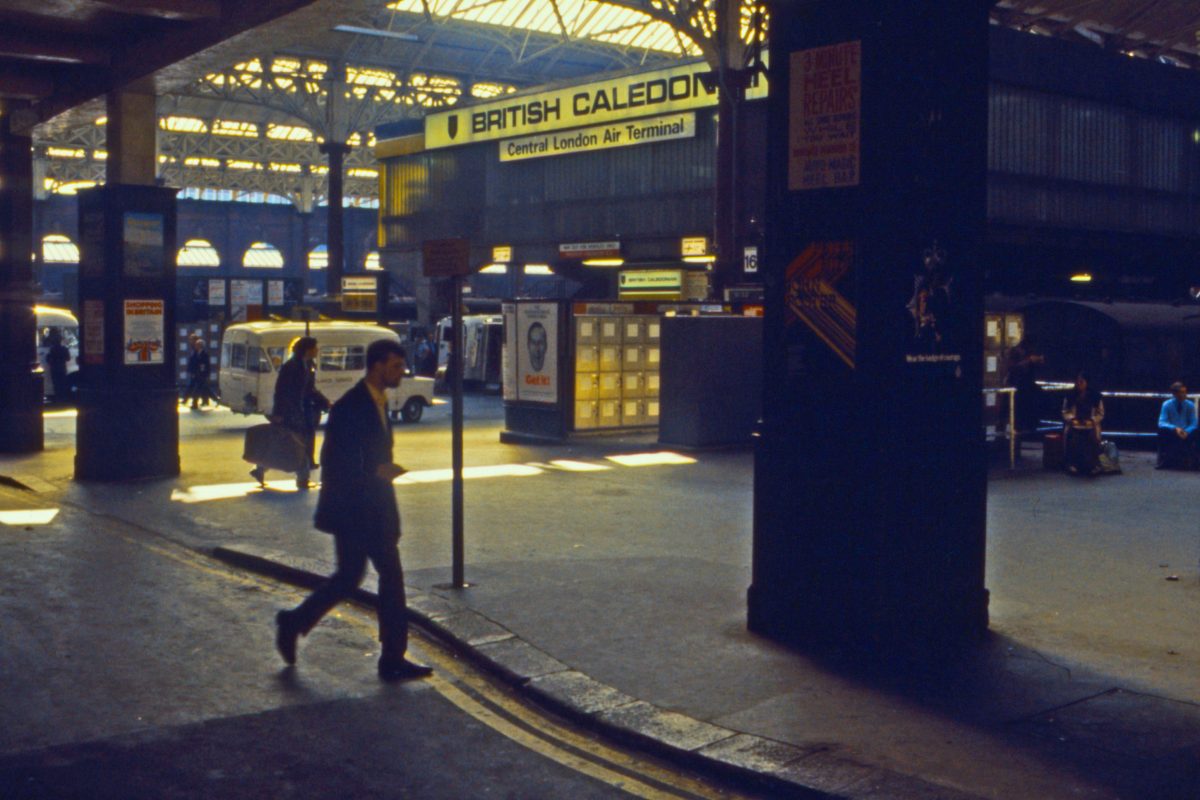 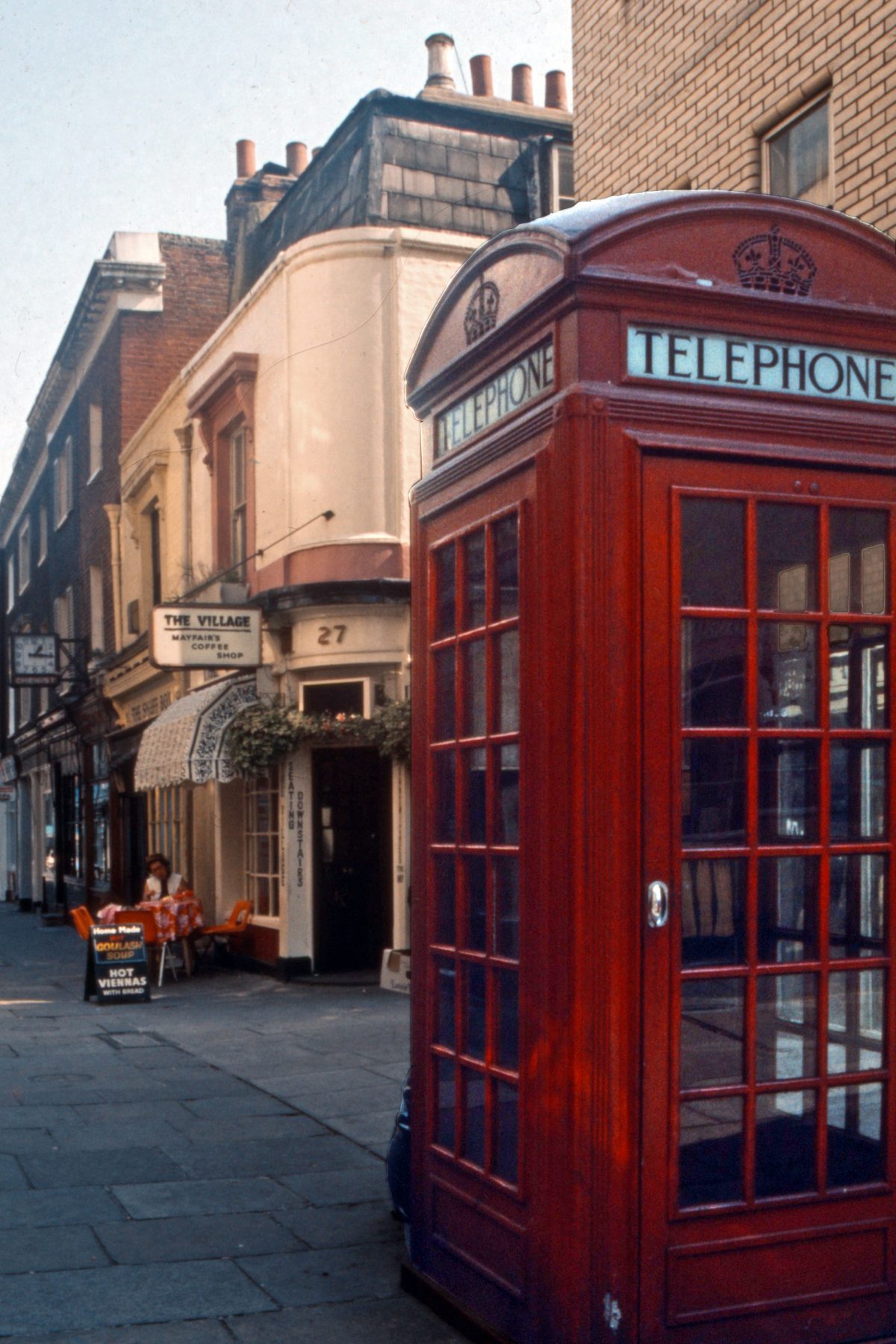 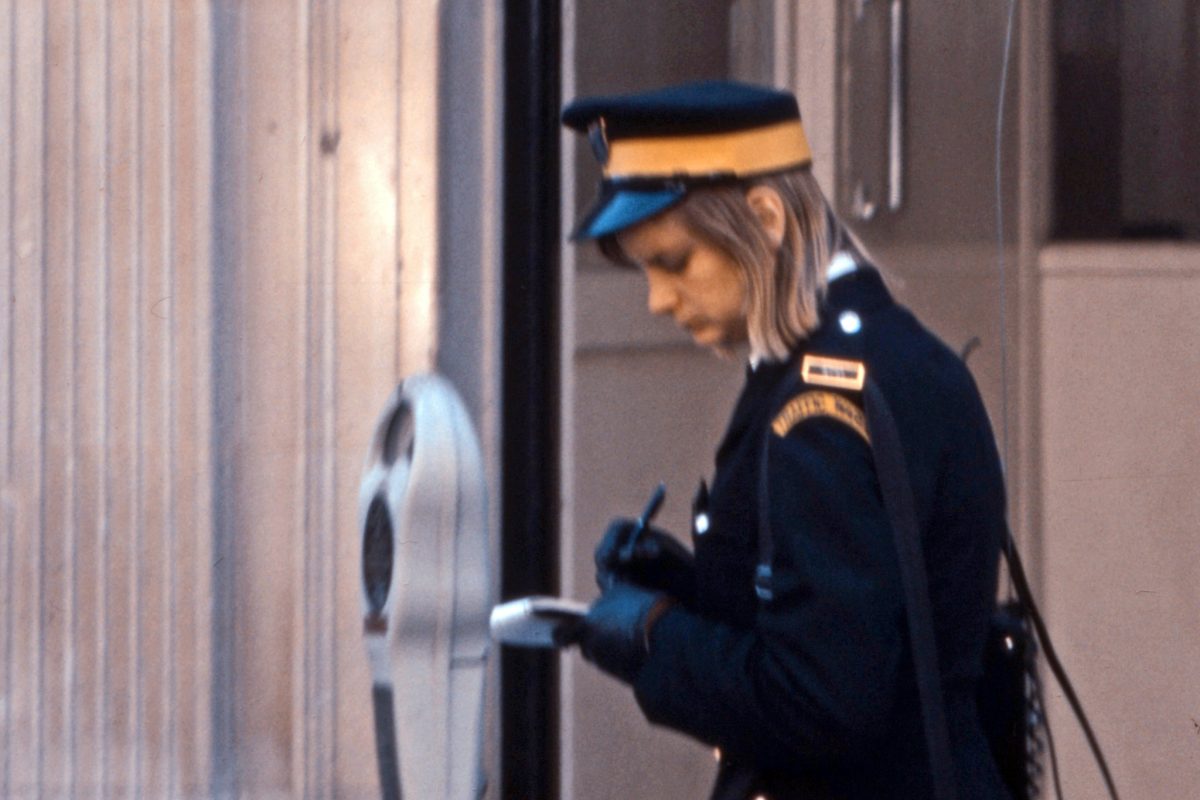 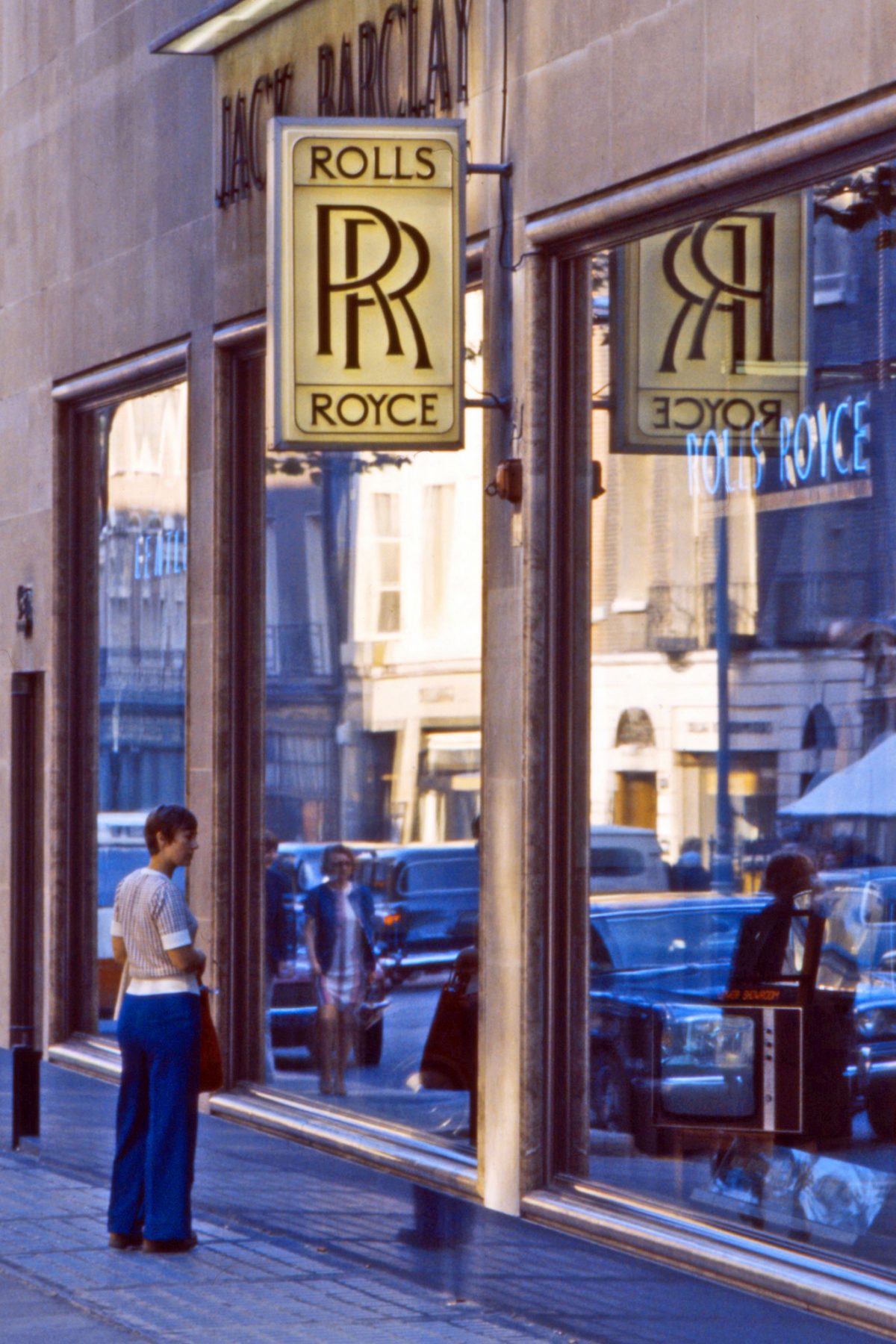 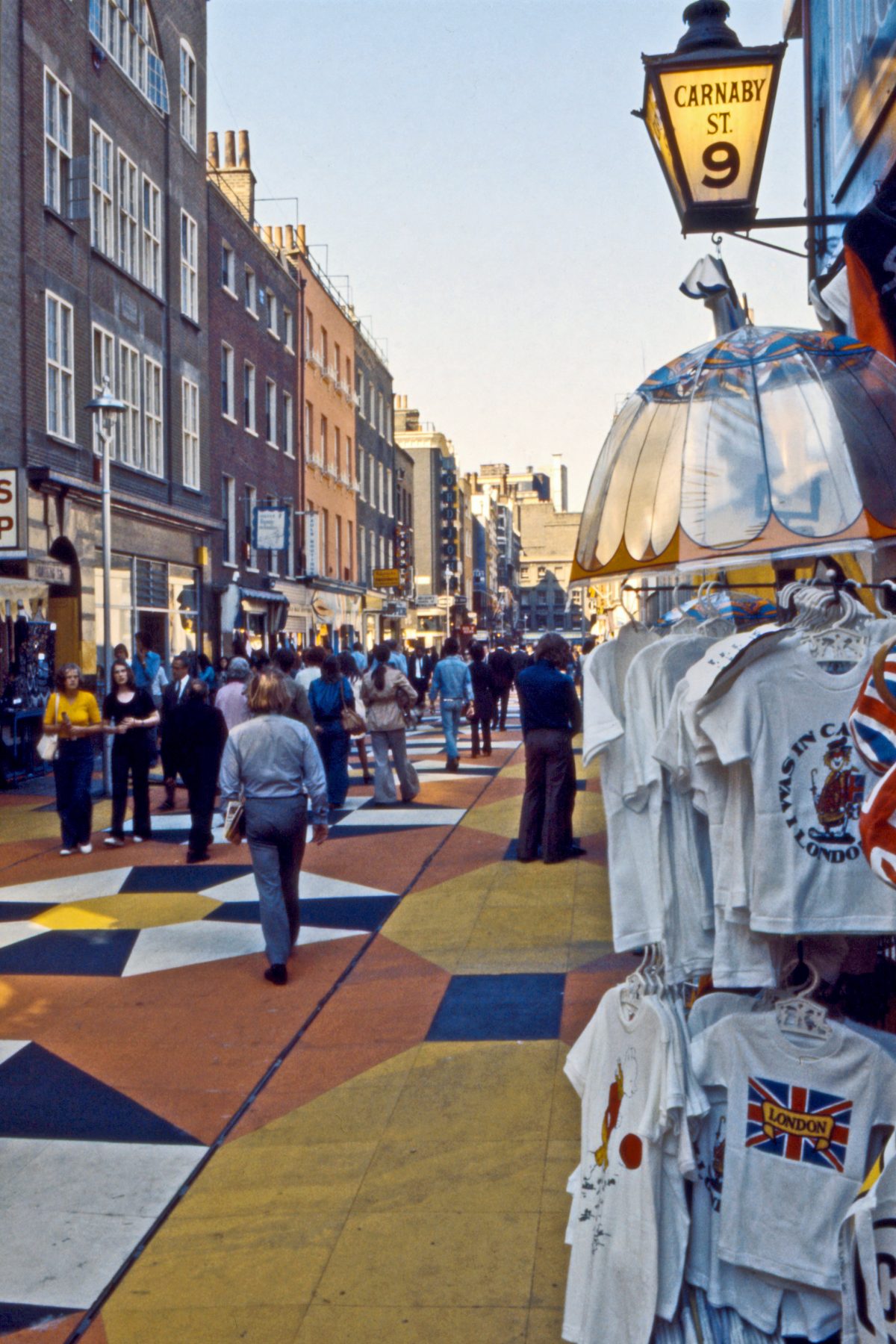 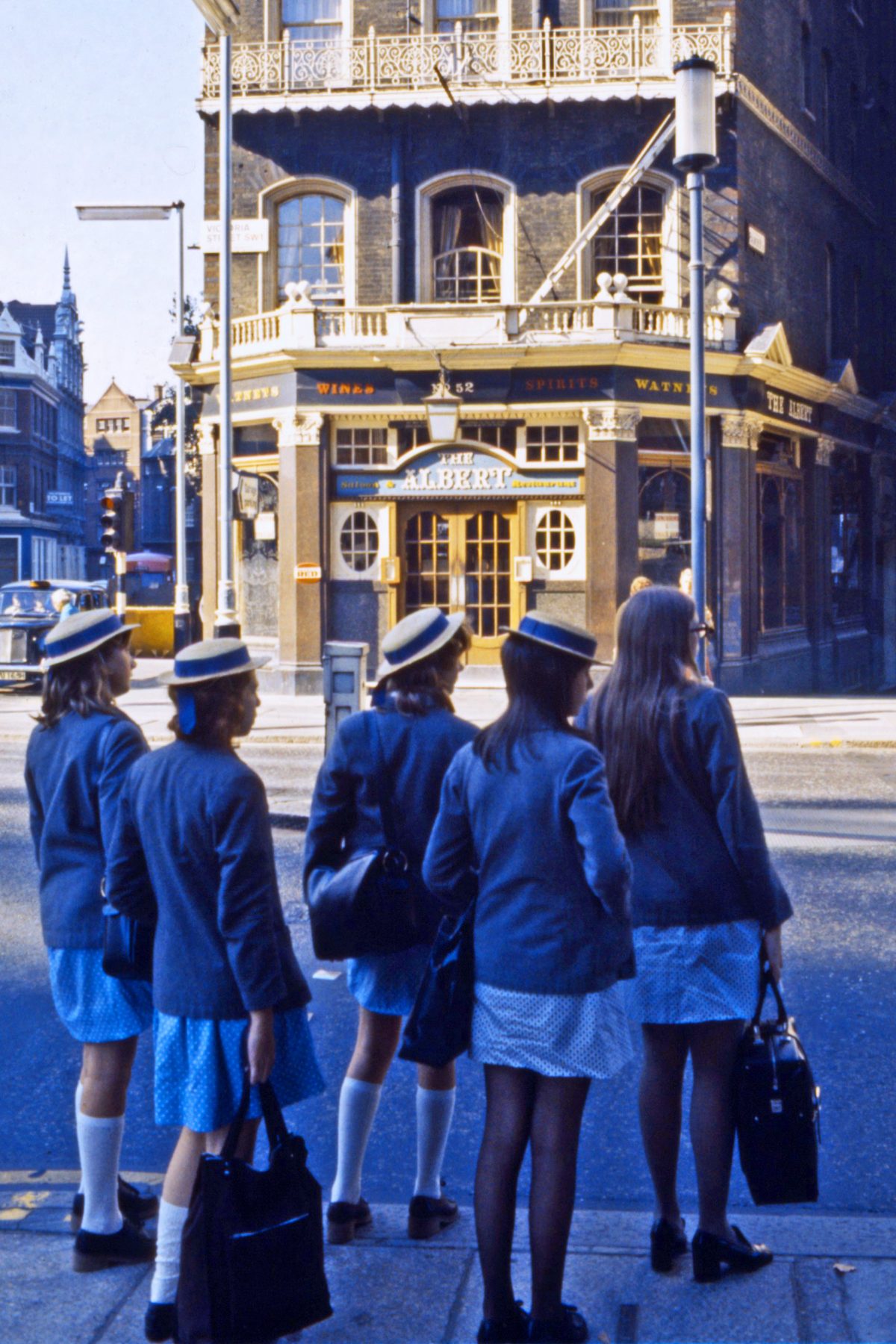 Schoolgirls on Victoria St opposite the Albert pub in Victoria 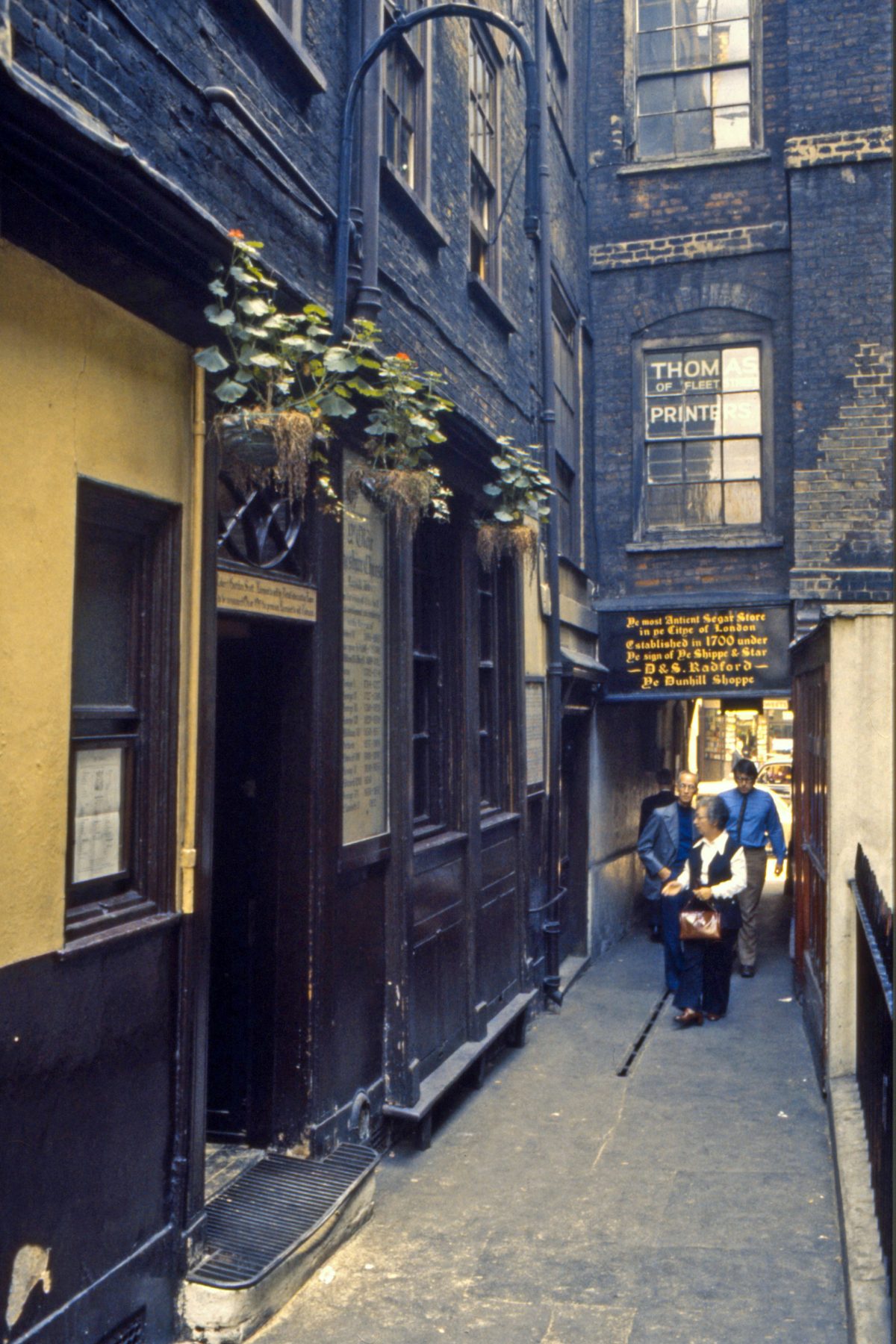 It was rebuilt after the Great Fire of 1666 and has been visited by such as Dickens, Samuel Johnson, Pope, Thackeray, Conan Doyle, Mark Twain, Voltaire, and Yeats. Before we ate, I had three ales in the pub — where a portly English gentleman (already sloshed a half hour after the pub opened) called my wife “buster” (she thought he said “bastard”). In the restaurant I tried the steak, kidney, mushroom, and game pie with braised onions—and I’m happy to say that here was an English meal worth the eating. 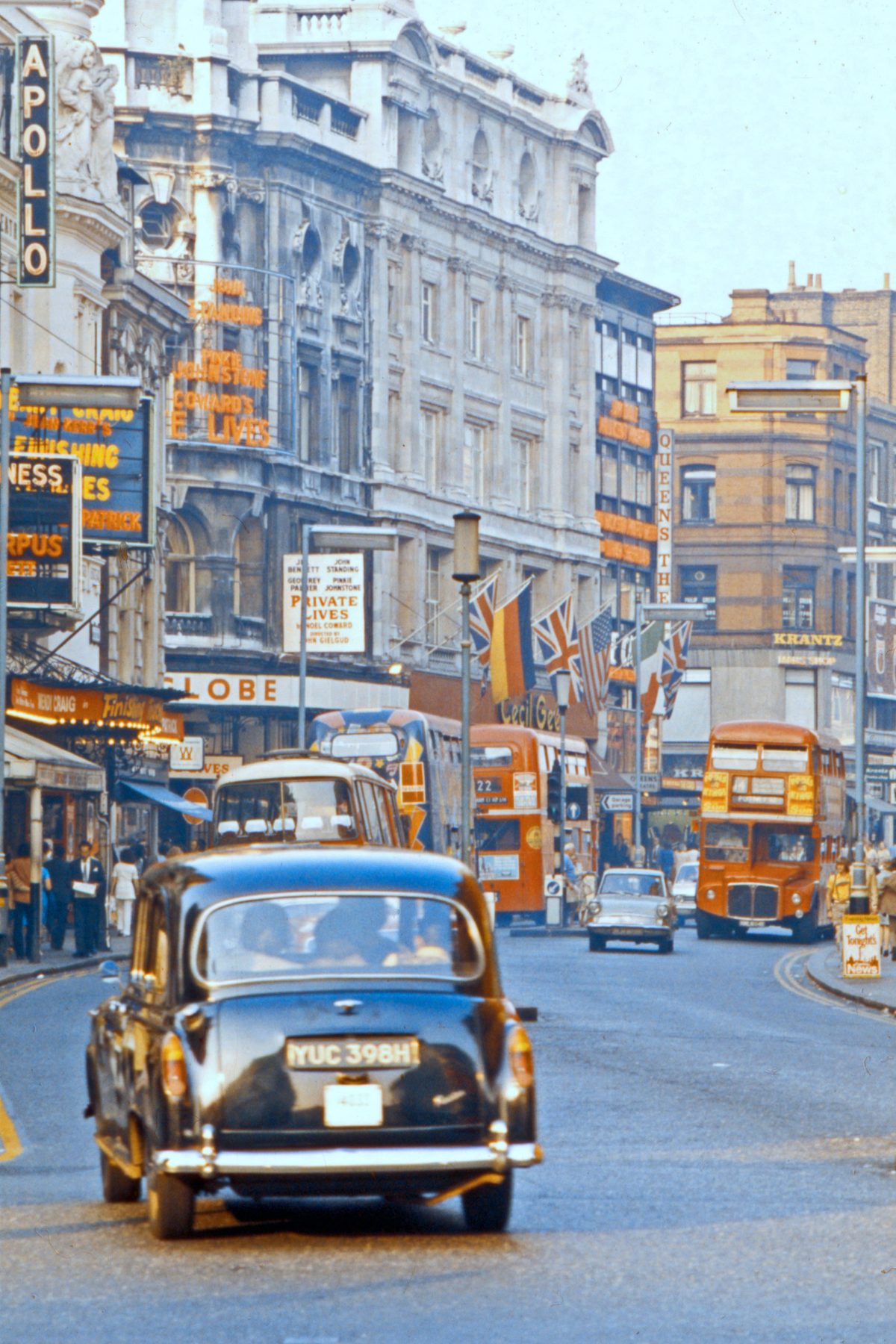 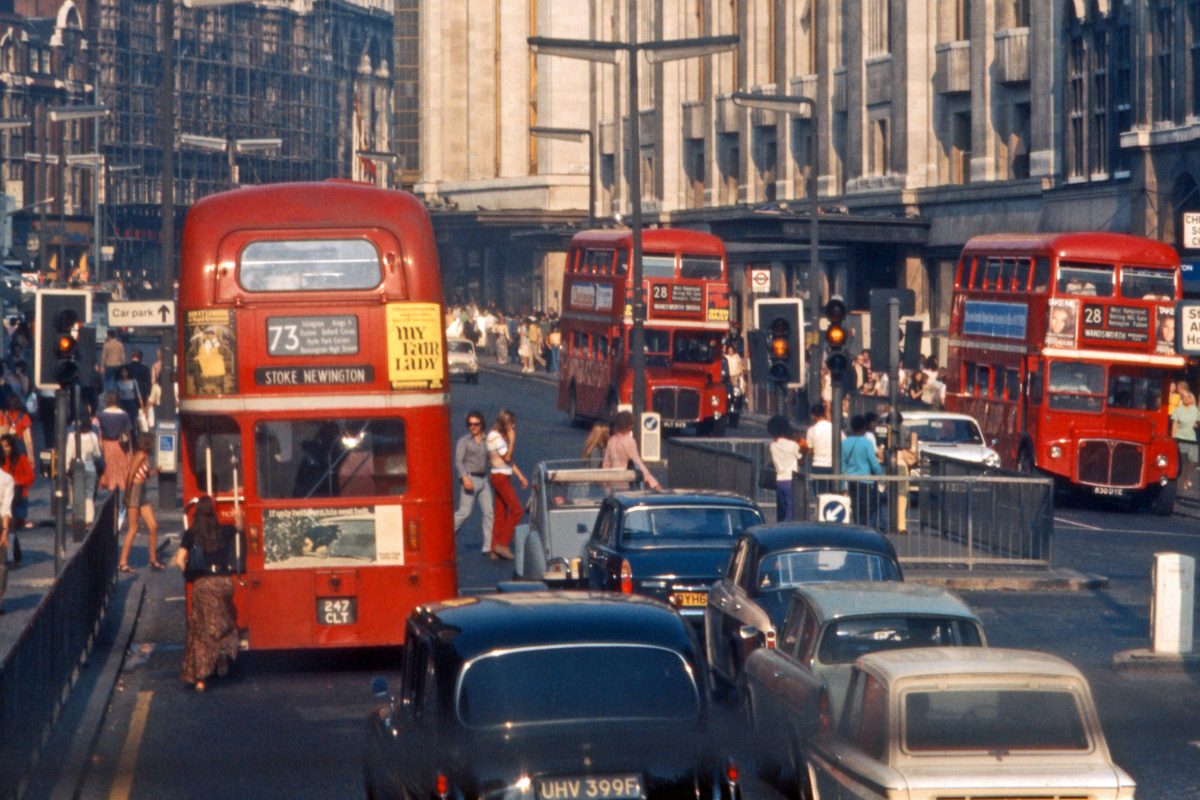 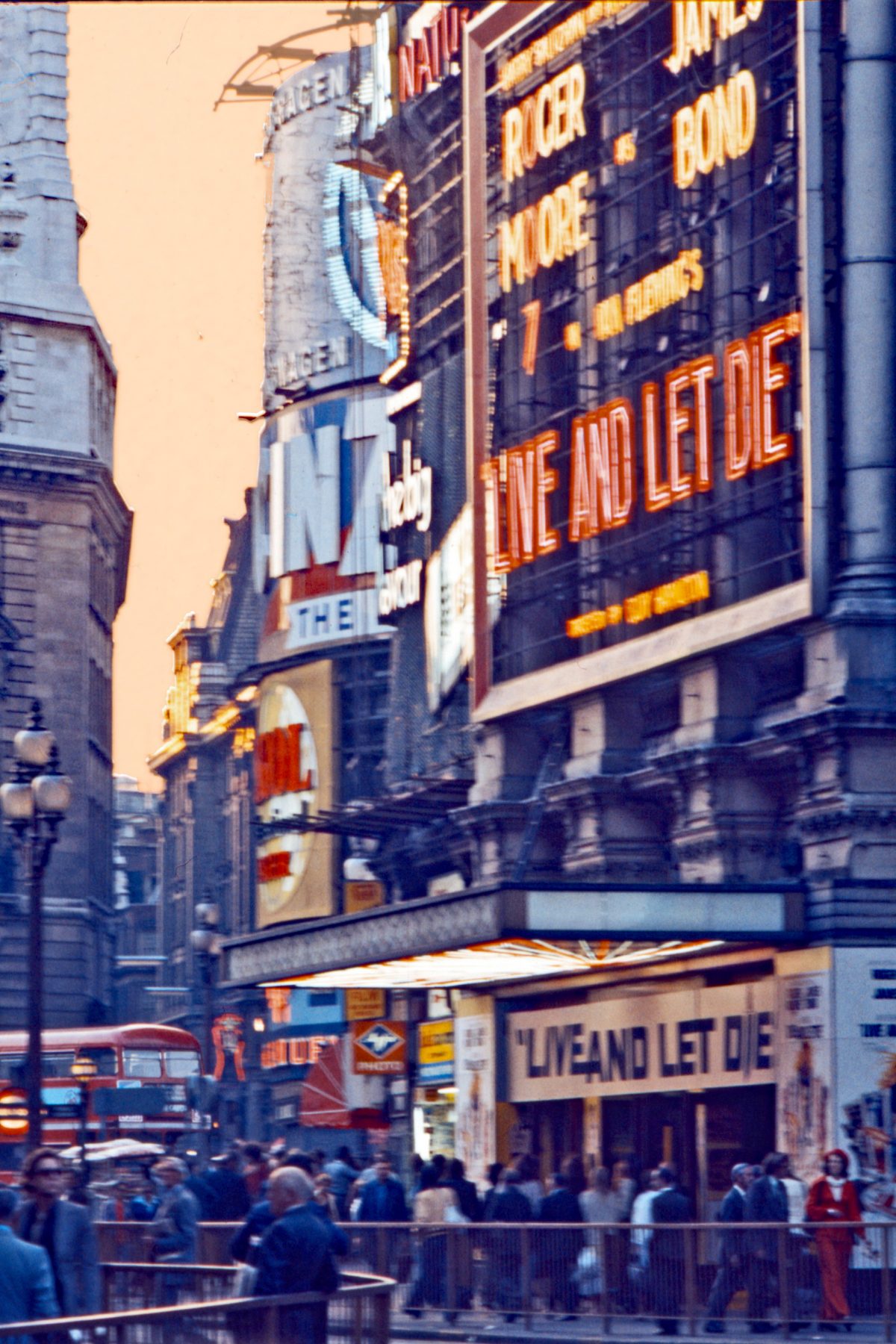 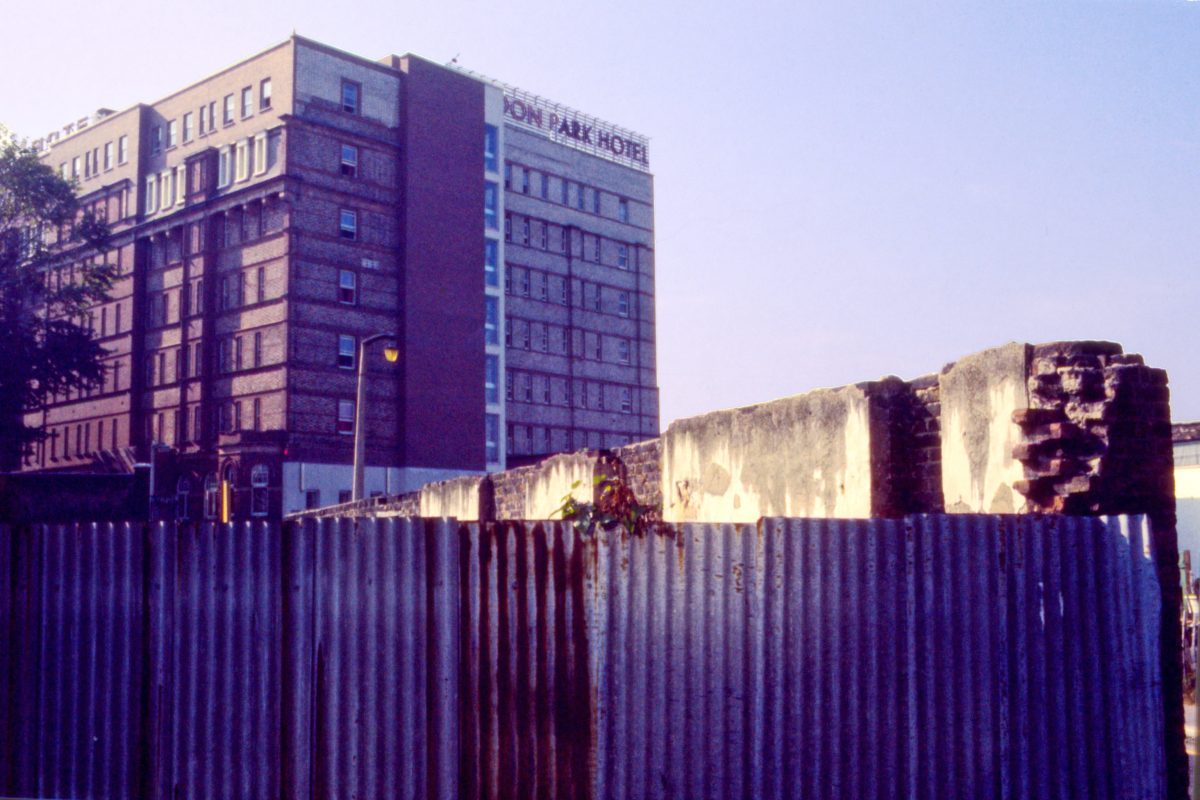