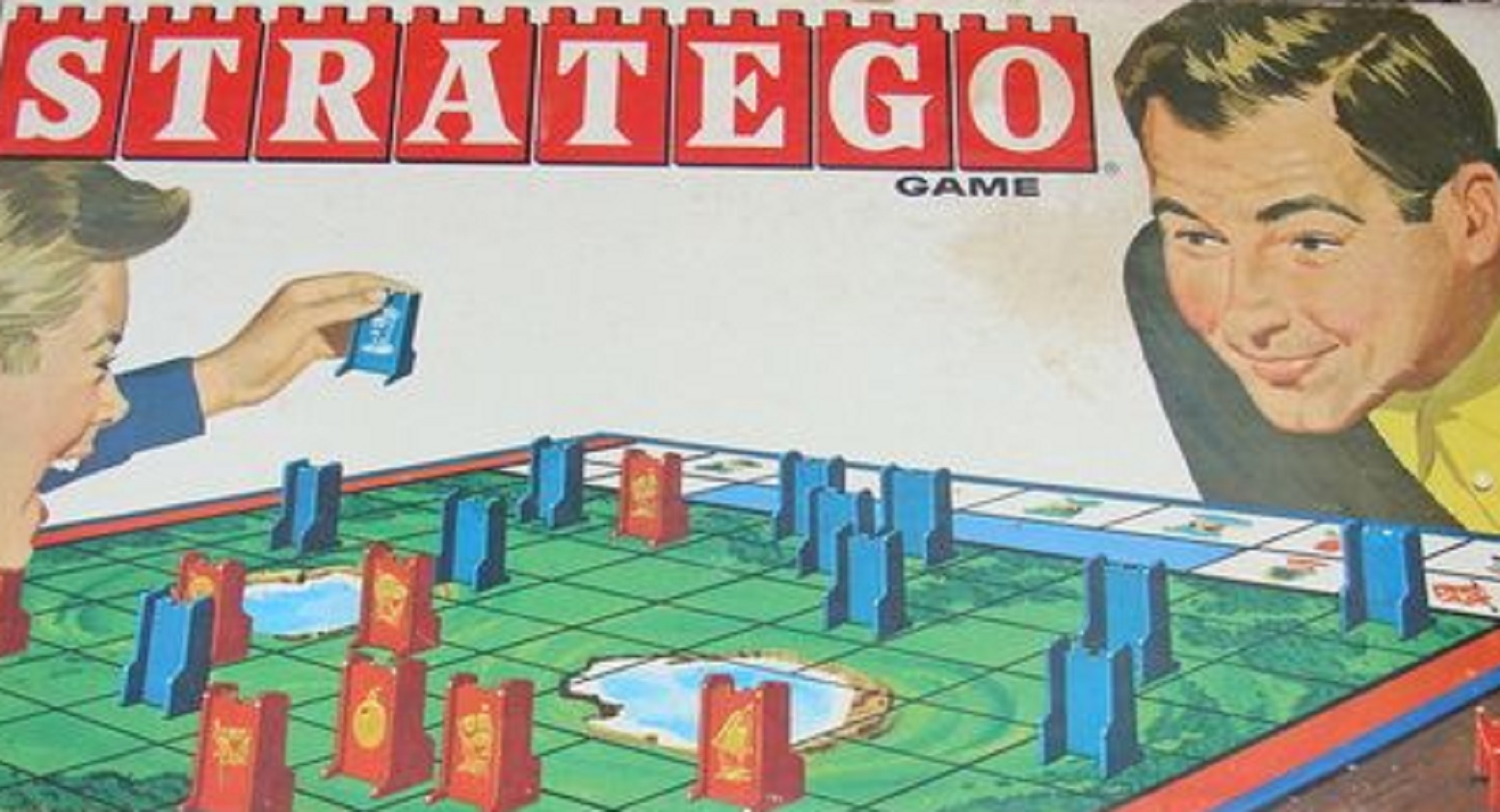 Created in the Netherlands in the early 20th century, Stratego was first licensed by Milton Bradley in 1960, and introduced to the public in 1961.

The fifty-five year old game was marketed as a “fascinating two-handed strategy game” in which the object was to “move hidden value pieces to outwit your opponent and capture his flag.”

Here’s a look back at a 1970s TV commercial for the durable game:

Although wooden pieces were used originally for the game, they were soon replaced with red and blue plastic pieces (which didn’t fall over as easily…), and soon after Stratego became part of the pop culture lexicon.

Over the years there have been sci-fi versions, nostalgia and ultimate versions, and in 1982, an electronic version was even introduced.

Here’s a commercial for Stratego from 1983:

In recent years, there have been Star Wars, Lord of the Rings, Marvel, Chronicles of Narnia and Transformers Editions of the Milton Bradley game as well.

Since 1991, Stratego competitions have been held around the globe.

On The X-Files (1993-2002), Agent Fox Mulder (David Duchovny) even mentioned his love of Stratego occasionally. Indeed, it was the very game Mulder and his sister Samantha were playing in the year 1973, on the night she was abducted (ostensibly by aliens).

In 2012, Stratego Online was launched with this commercial:

For me, my love of Milton Bradley’s Stratego stretches back to the early 1980s, and my teenage years.  My father would come home from work, and bring the Milton Bradley game down from the top shelf of his office closet.

Then we would sit down at a small table to play each other. I usually lost, but I loved the time we spent together matching wits and armies (not to mention tripping over bombs).

I wasn’t able to find a good high-def picture of ‘my’ Stratego game board cover online, but the box was gray and kind of mysterious in nature, and it made the game-play experience all the more intriguing