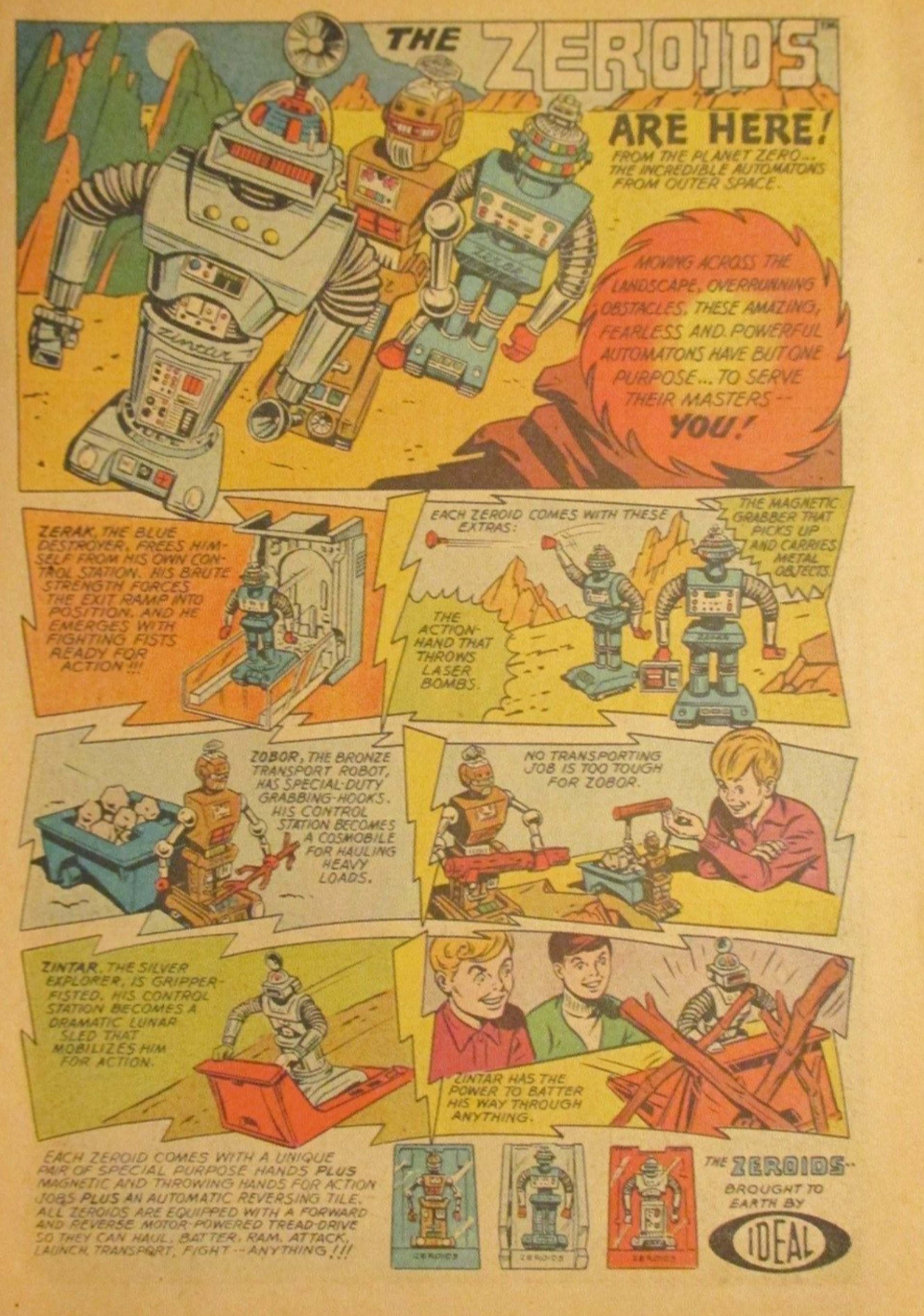 In 1968, Ideal Toys released the Zeroids: a set of toy robots described as “incredible workers of the future” from “the Planet Zero!”

These pint-sized robots were powered by small, removable electrical motors, and they promptly became the must-have Christmas present of the year for children of all ages.

In the first batch of Zeroids released came Zerak (“the blue destroyer”), famous for his brute strength and “throwing arms.”

At the same time, Ideal released “Zobor” (“the bronze transporter”), who featured special “gripping claws,” and Zintar (“the silver explorer”) who came equipped with a lunar sled for dragging ore and other materials found on alien surfaces.

Each of these nifty ‘bots sold in the United States for under $5.00.

In 1969, a new toy — The Commander Action Set — revealed the Zeroids’ team leader, Zogg, and a vehicle and control panel for him to operate as well. This set cost about twice as much as the original Zeroids had, owing to the additional items. 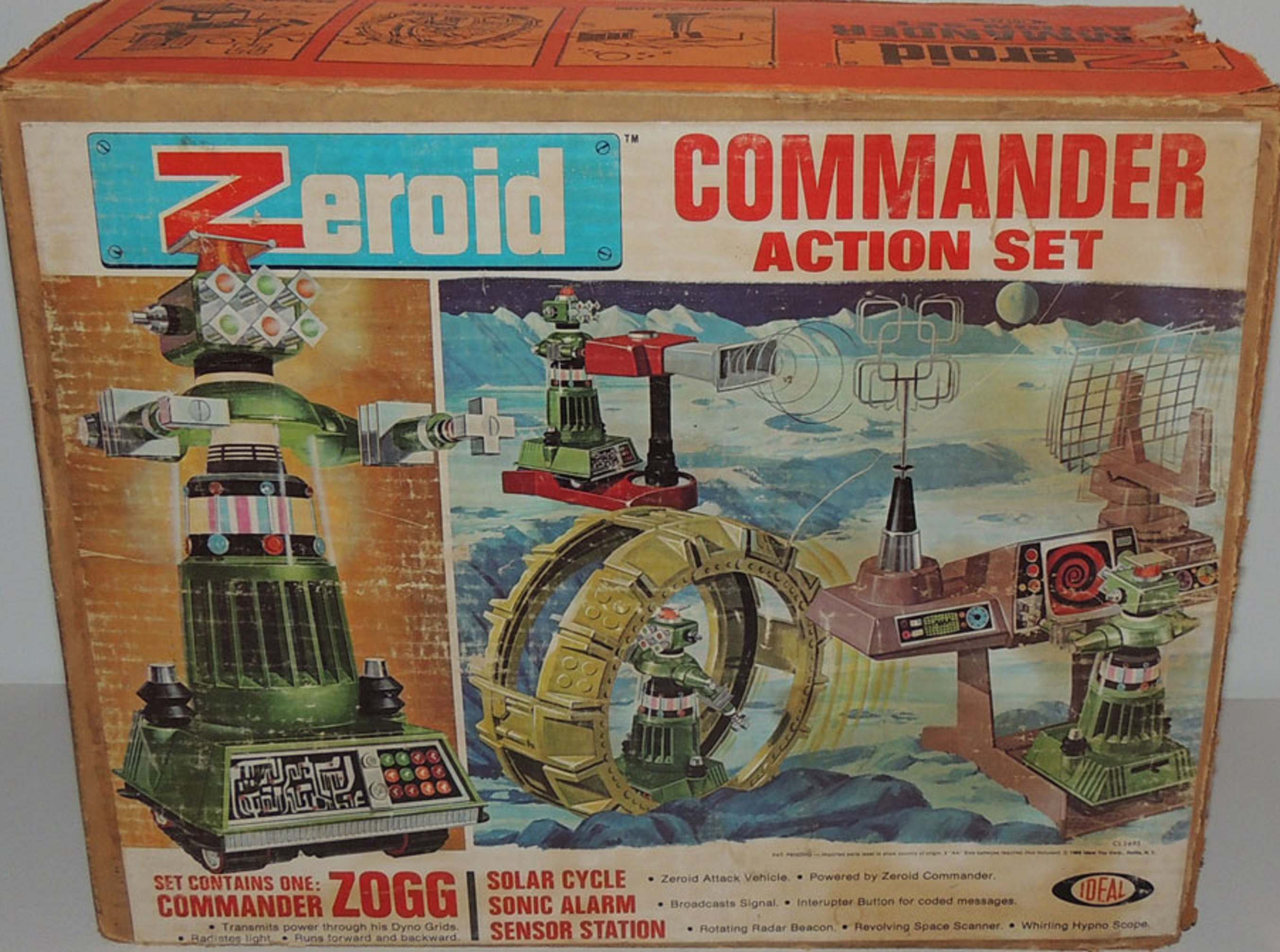 In 1970, two more characters joined the Planet Zero Universe.  These were Zemo — a bright red Zeroid — and an alien villain.

With all these futuristic characters of the space age, children were directed to become the “master” of the Zeroid automatons.

In the mid-1970s, following the unexpected, worldwide success of Star Wars (1977), Ideal immediately re-purposed the once-popular Zeroids and one of their vehicles (the Star Hawk) as part of a new line called The S.T.A.R. Team.

And as recently as 2013, the Zeroid universe has also been revisited in comic-book form, keeping the robot legacy alive well into the 21st century.

Below, an original TV commercial for Ideal’s Zeroids from 1968: