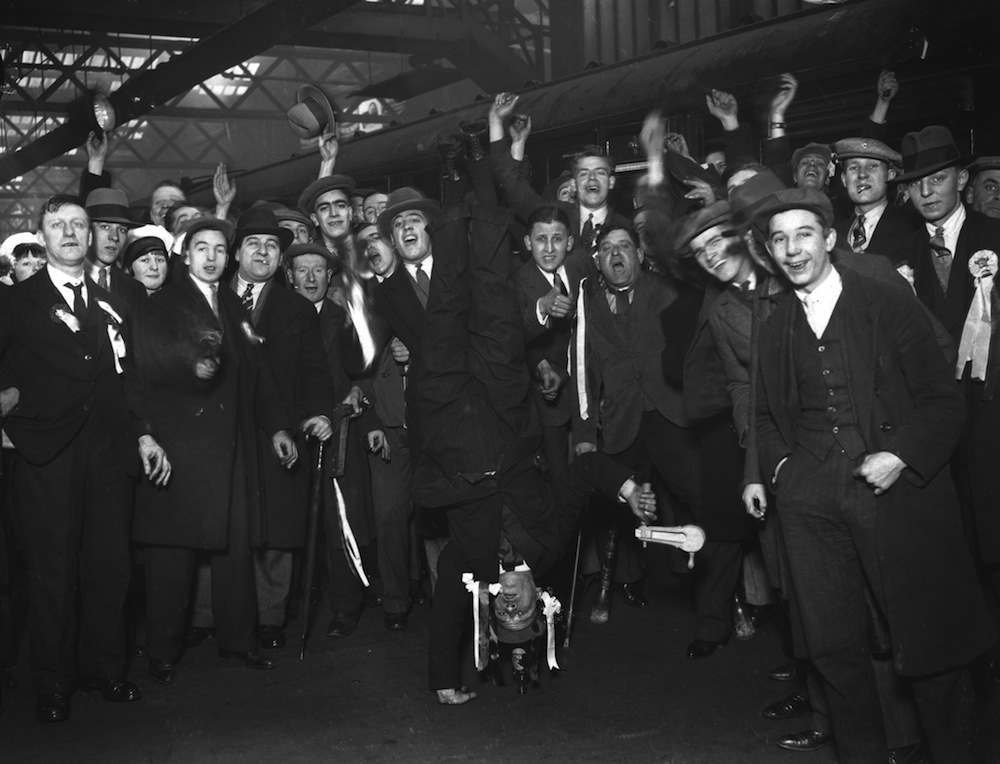 An Arsenal fan performs a one handed handstand at Euston Station to entertain his fellow supporters on their way to Birmingham for the F A Cup replay, 29th January 1930. (Photo by S. R. Gaiger/Topical Press Agency/Getty Images)Living 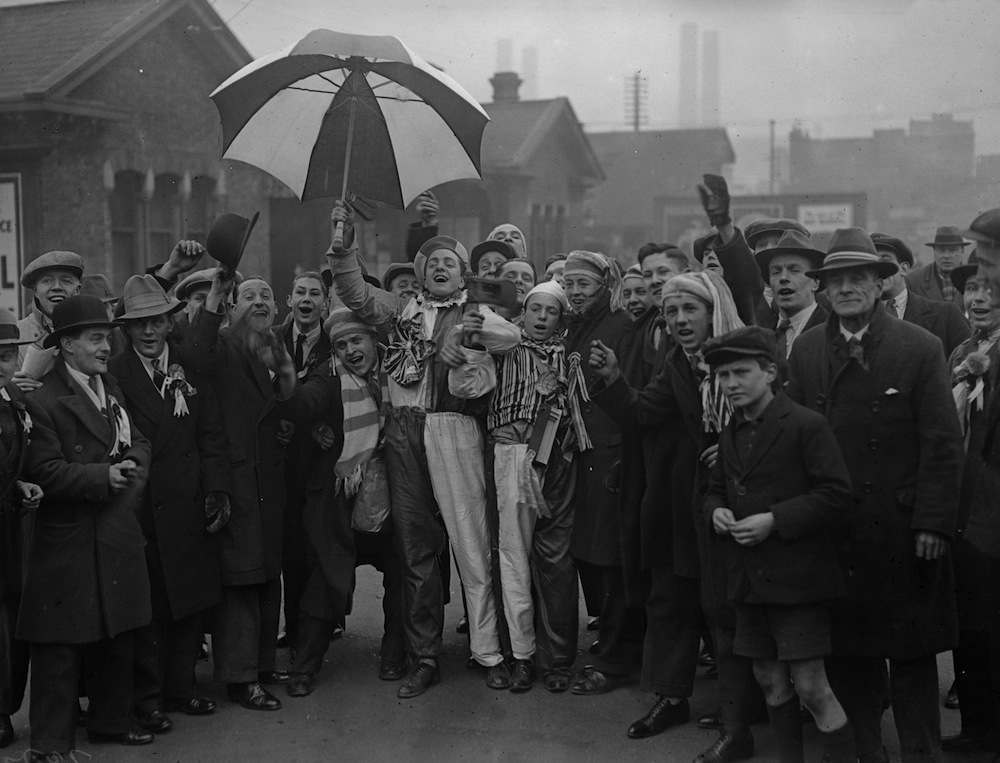 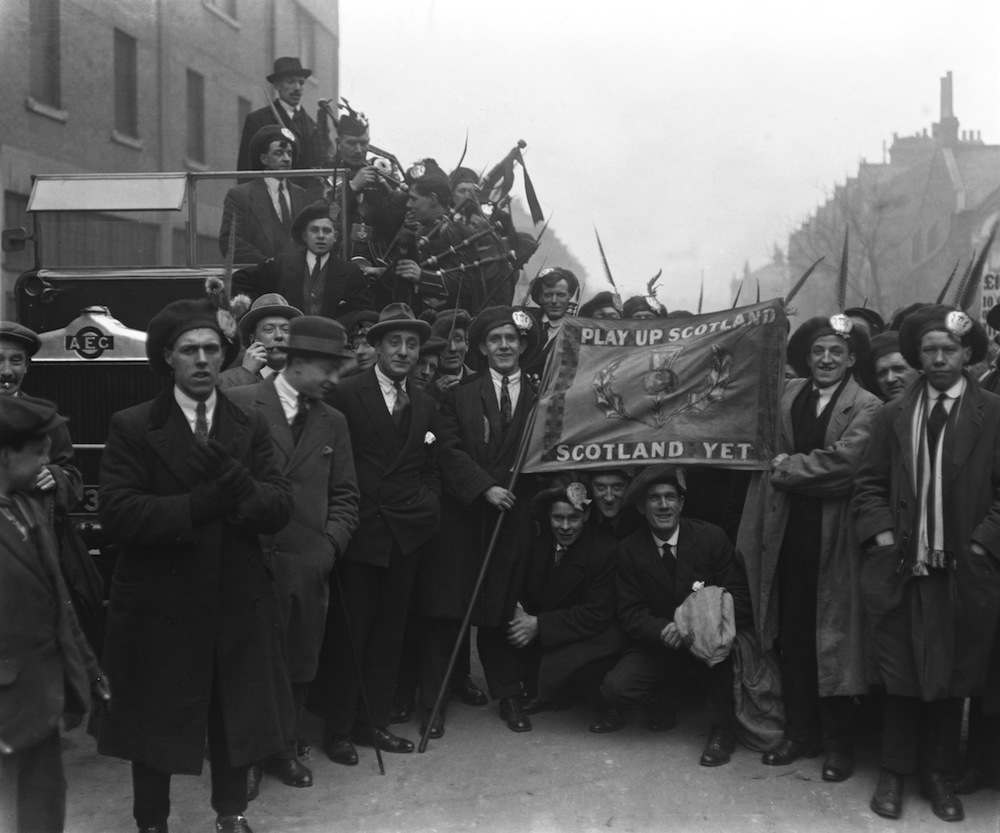 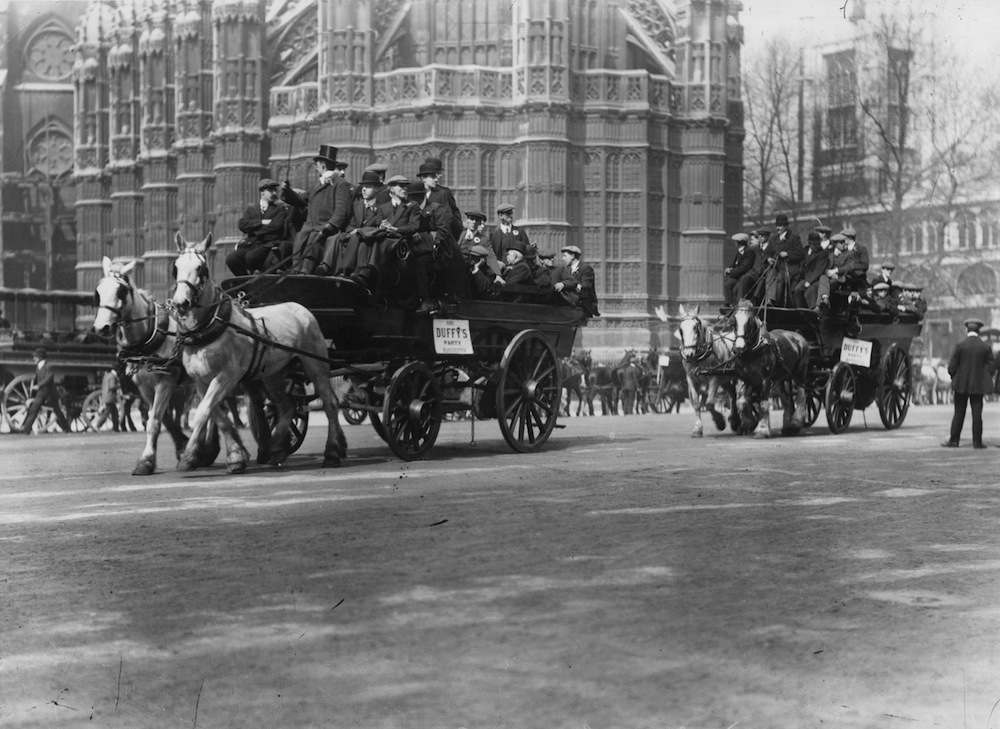 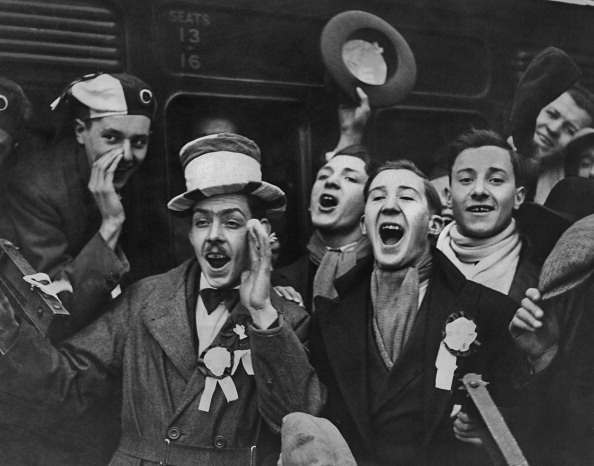 A group of West Ham supporters cheering as they leave Waterloo Station for a match at Boscombe, 22nd August 192 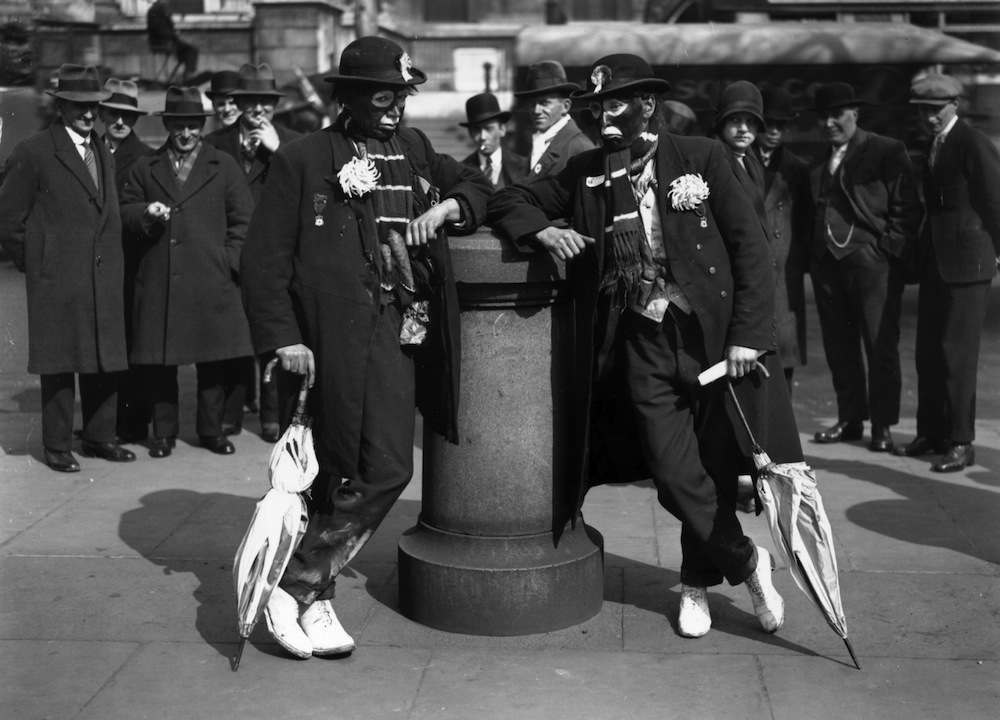 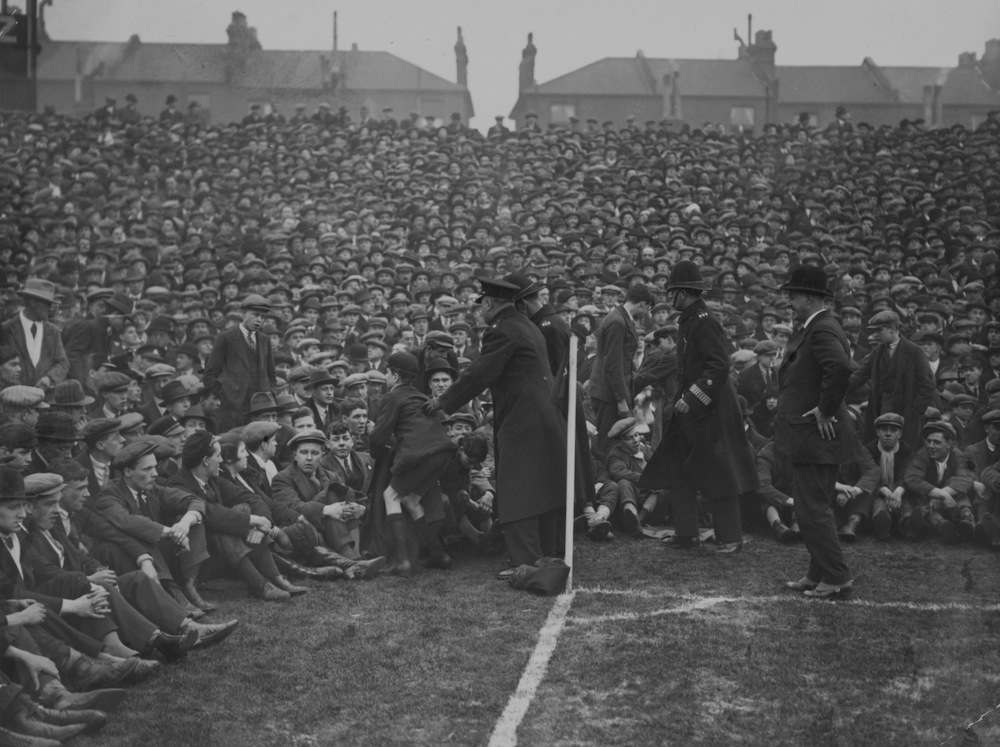 18th February 1928: Police regulate the crowd at the touchline as great numbers of spectators crowd the pitch at Highbury in London for the cup tie battle between Arsenal and Aston Villa. (Photo by Davis/Topical Press Agency/Getty Images) 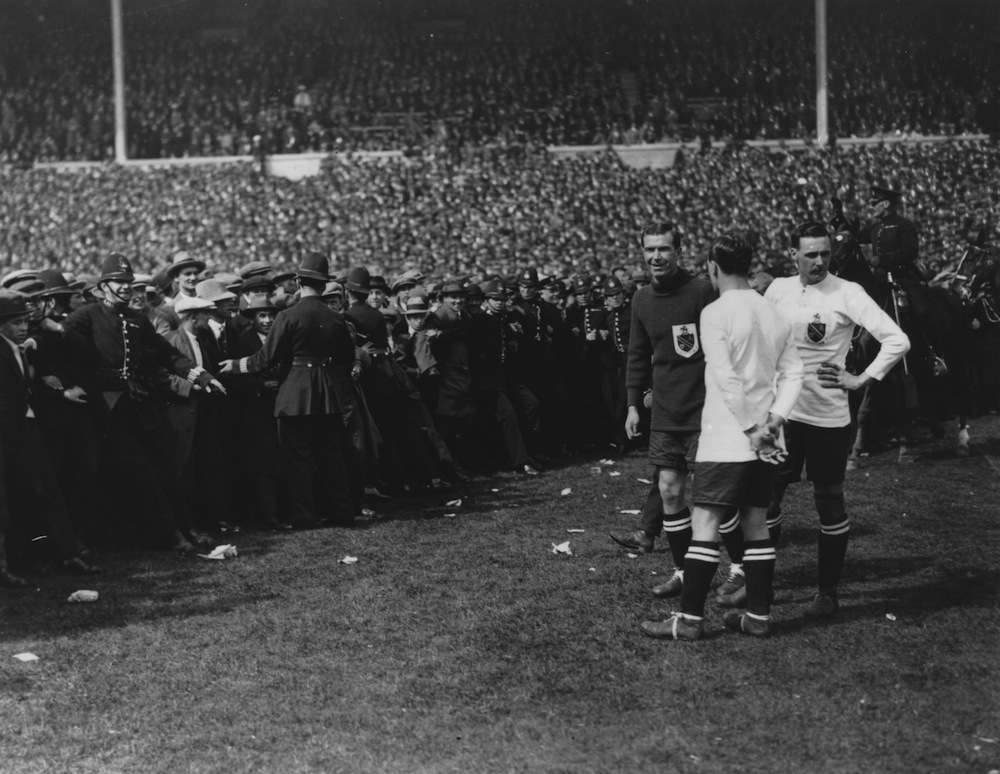 28 APR 1923: POLICE ATTEMPT TO KEEP THE CROWDS OFF THE PITCH BEFORE THE START OF THE FIRST F.A. CUP FINAL TO BE PLAYED AT WEMBLEY STADIUM. THE MATCH BETWEEN WEST HAM UNITED AND BOLTON WANDERERS ATTRACTED AN ESTIMATED 200,000 PEOPLE. BOLTON WON 2-0. Mandatory Credit: Allsport Hulton/Archive 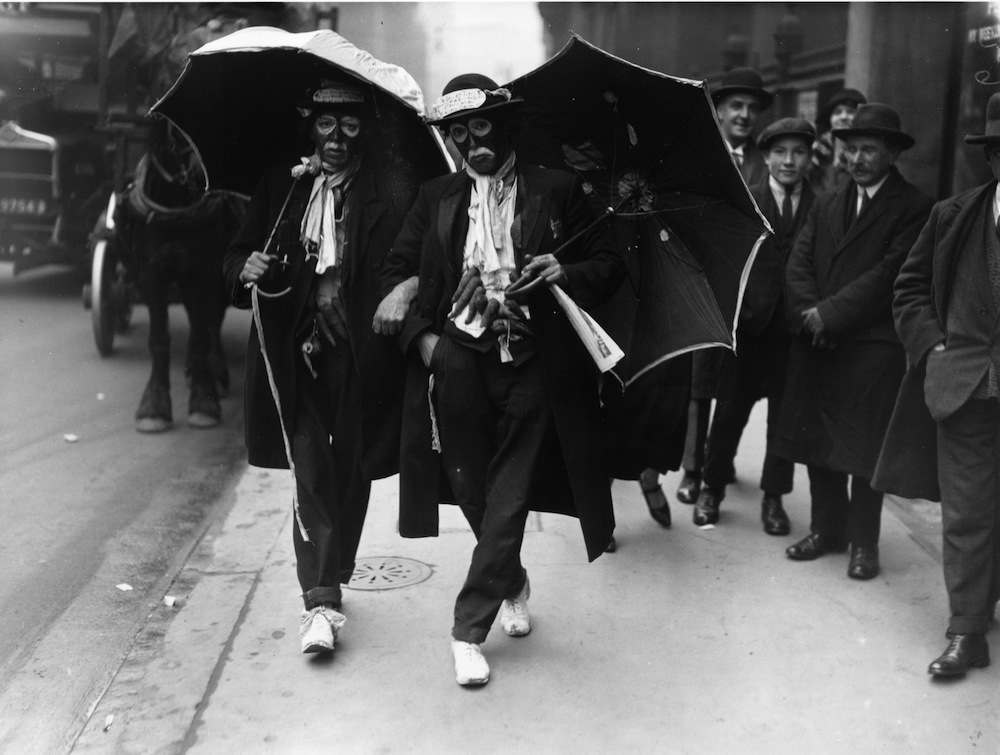 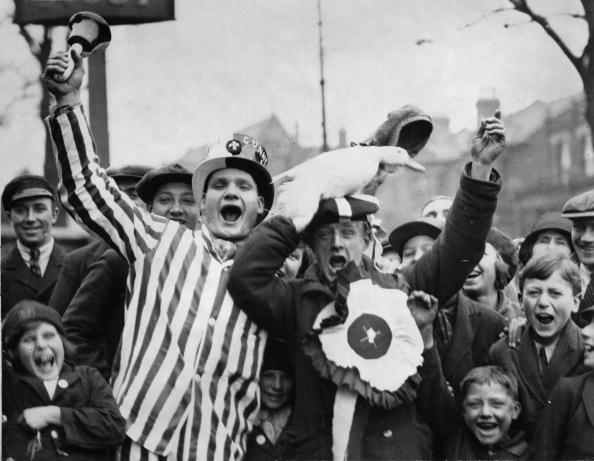 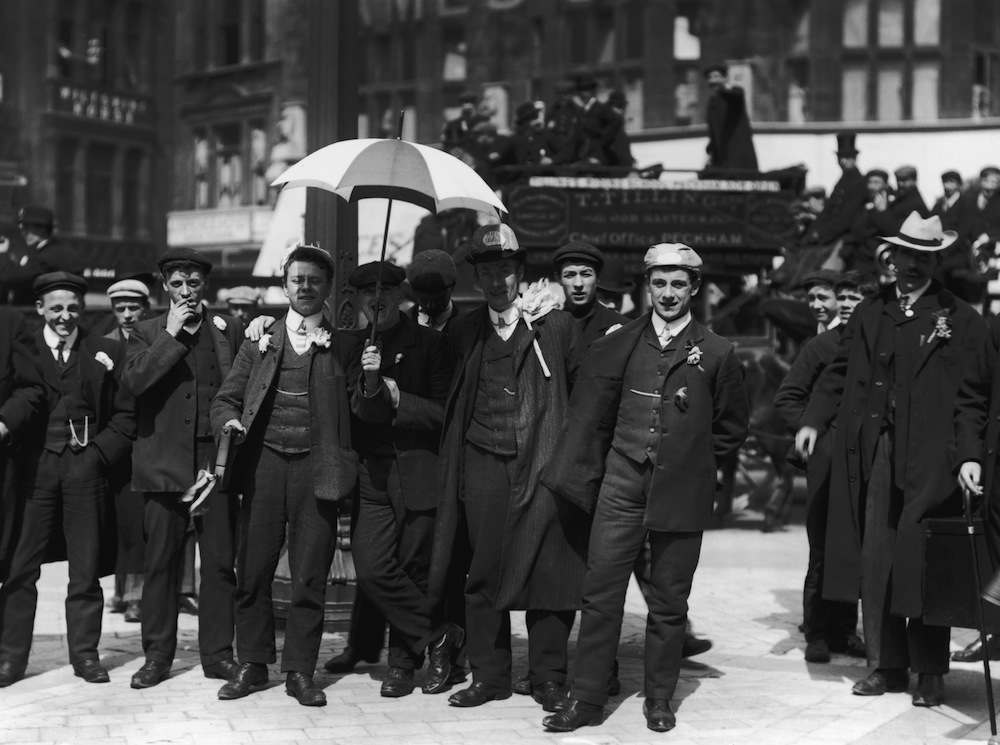 A group of Everton supporters outside St Paul’s Cathedral, London, before making their way to Crystal Palace for the FA Cup final between Everton and Newcastle United, which Everton won 1-0. (Photo by Topical Press Agency/Getty Images) 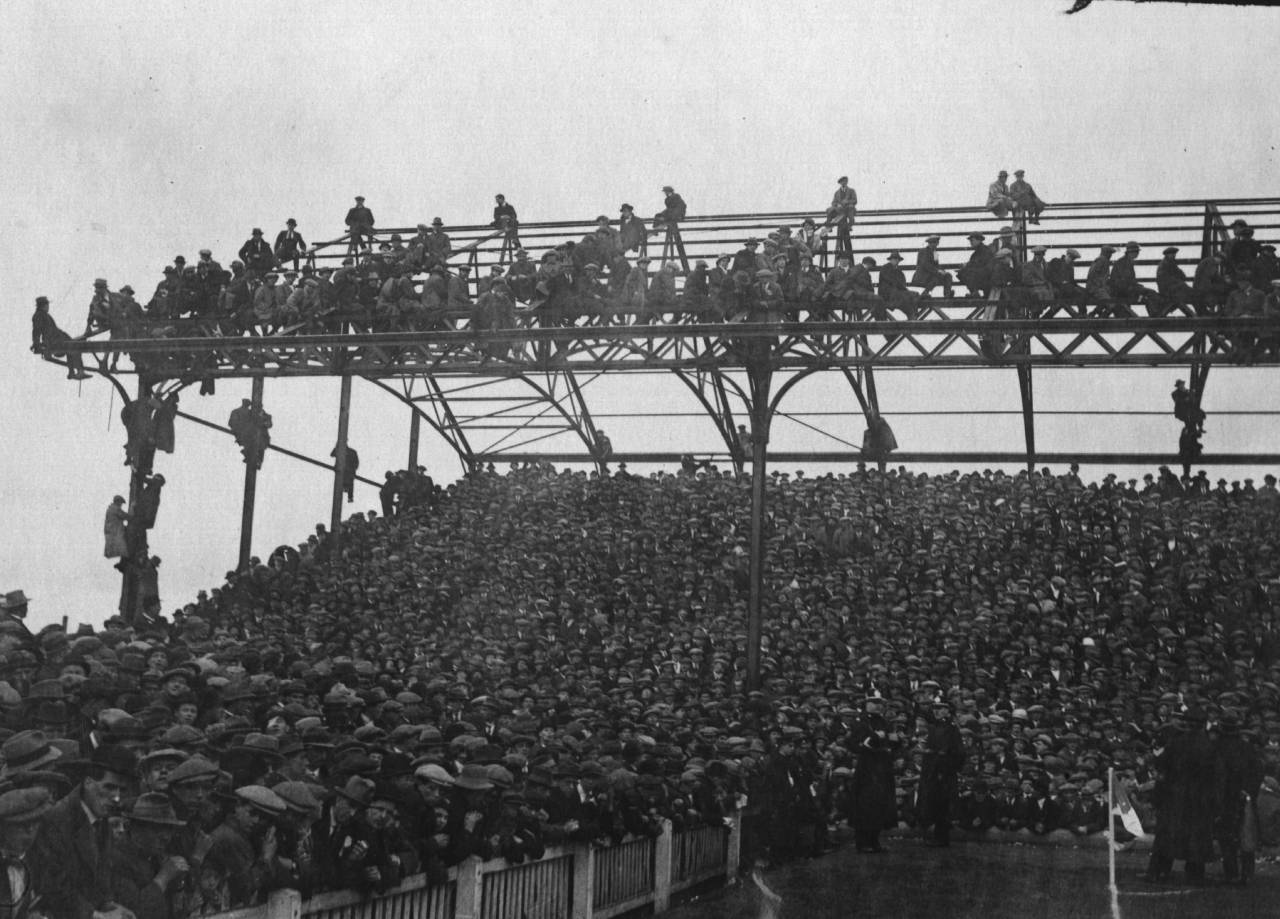 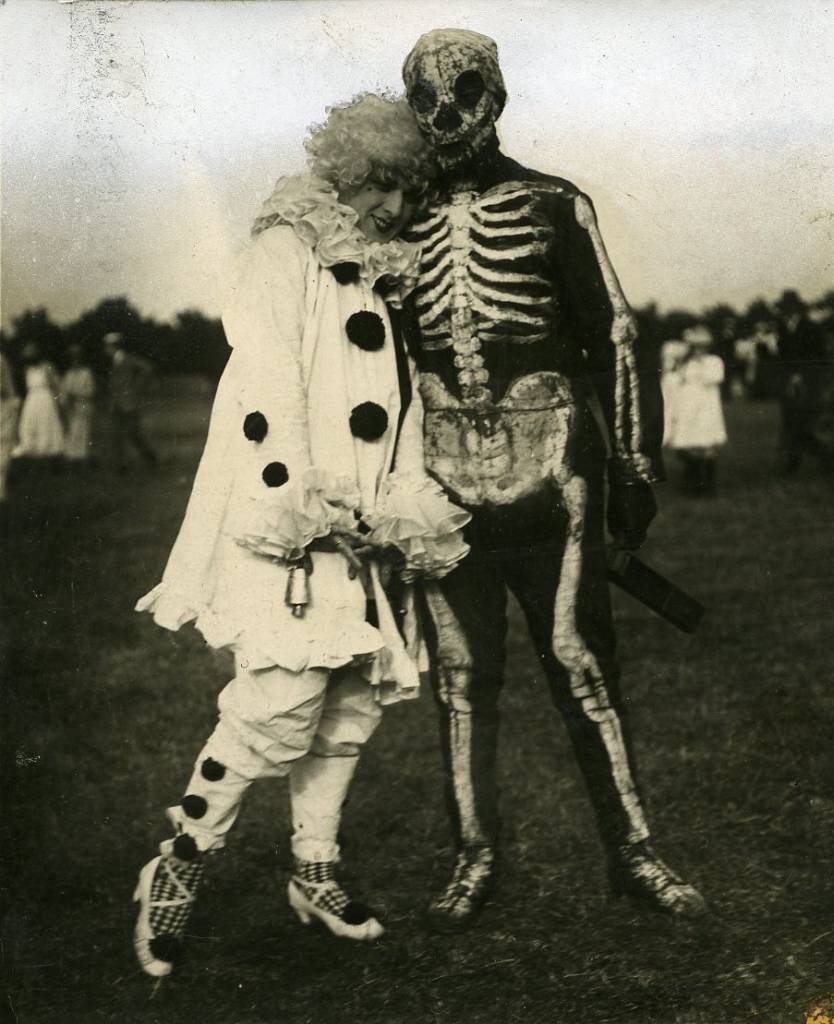 costume football match, 1920
Football players in costume. Photograph from University of Westminster Archives. More about the event can be found in the Polytechnic Magazine July 1920.