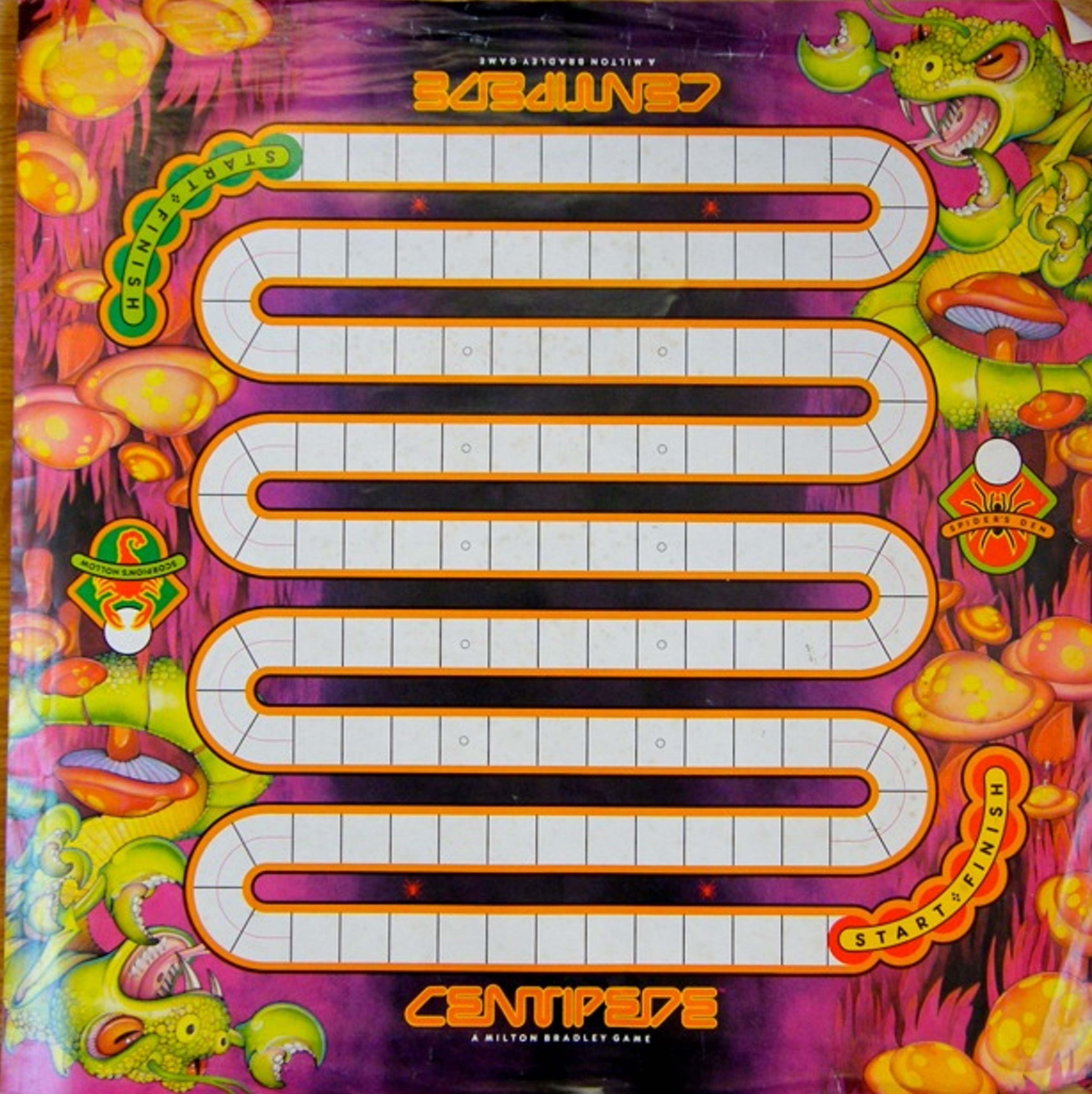 Just imagine this scenario. The year is 1982 or 1983. You are 11 years old and you love video games. You beg and plead for your parents — or your aunt or grandparents for that matter — to buy Pac Man for the Atari 2600, or Donkey Kong if you own Coleco-Vision.

Your mind immediately conjures images of hours spent in front of your TV and Atari, or other console, having fun with an exciting new game cartridge. You’ll be the envy of all your friends.

Then your birthday arrives, and you unwrap your gifts only to find that you have been swindled. Your relative have given you the board game version of the video games you wanted.

This is no idle nightmare, my friends.

This actually happened to untold numbers of kids in the early 1980s. Game companies such as Milton Bradley and Parker Bros. turned a generation’s favorite video game excitement into “board” — bored? — games.

Below are five such offenders from an era when game makers managed to make new video games feel, well, old hat.

Seriously I love (and collect) old board games. They had great art-work and inventive play.  Still, this trend was such a disappointment.

Still, these board editions of video game properties did have one major benefit over their video game originals. 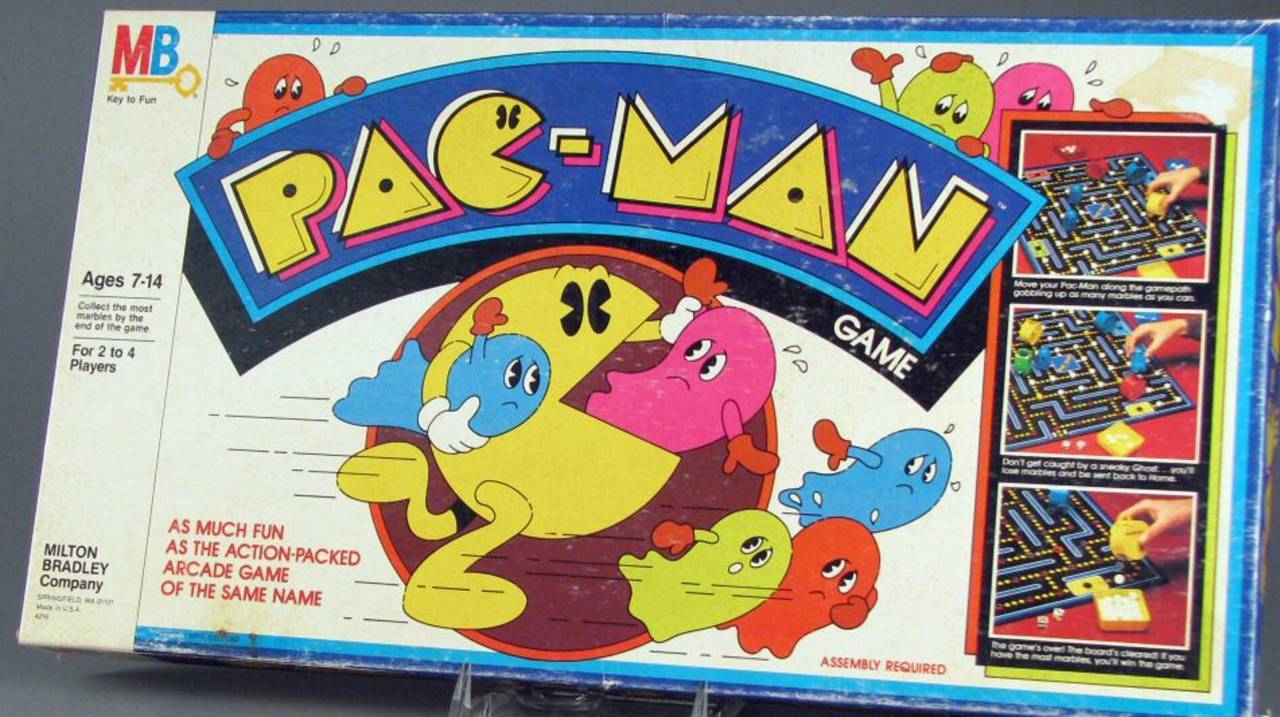 This Milton Bradley board game promised — somewhat dishonestly — to be “as much fun as the action-packed arcade game of the same name.”

The object of the game? “Collect the most marbles by the end of the game.”

There was also a Ms. Pac Man board game, so this game was an equal opportunity disappointer. 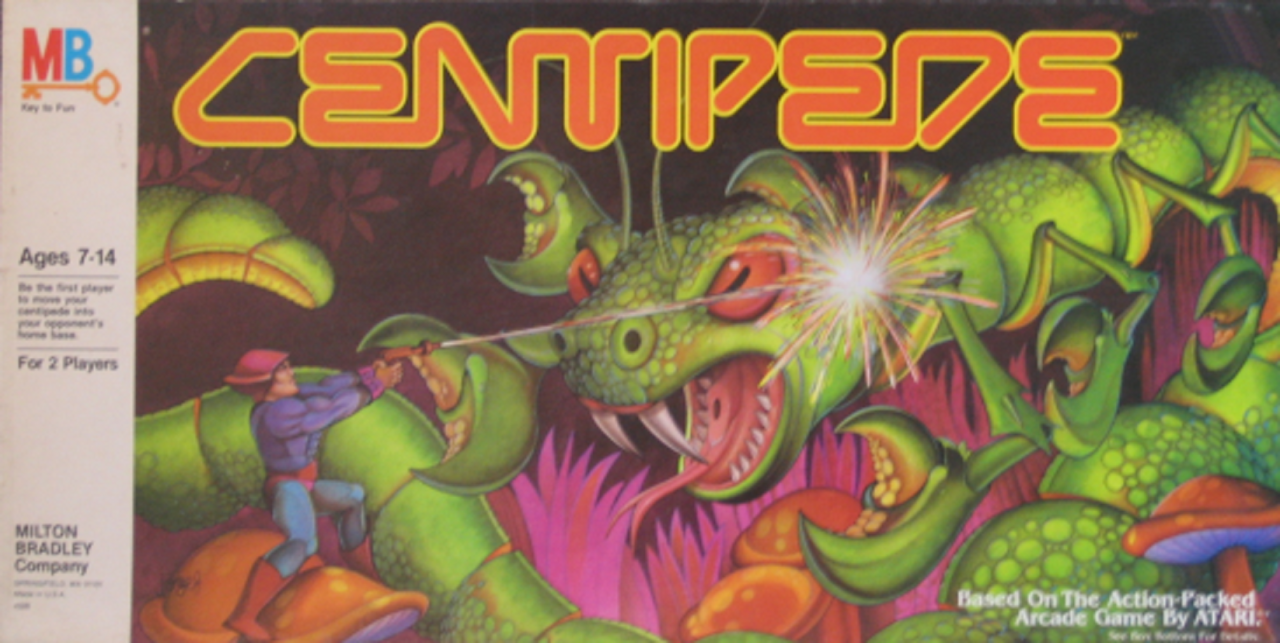 This one advertised that it was “based on the action-packed Arcade Game by ATARI,” but had a somewhat different goal or object than the original.

Here, you wanted to be the first play to “move your centipede to your opponent’s home base.”  So in other words, you were playing as the Centipede, not the bug sprayer. 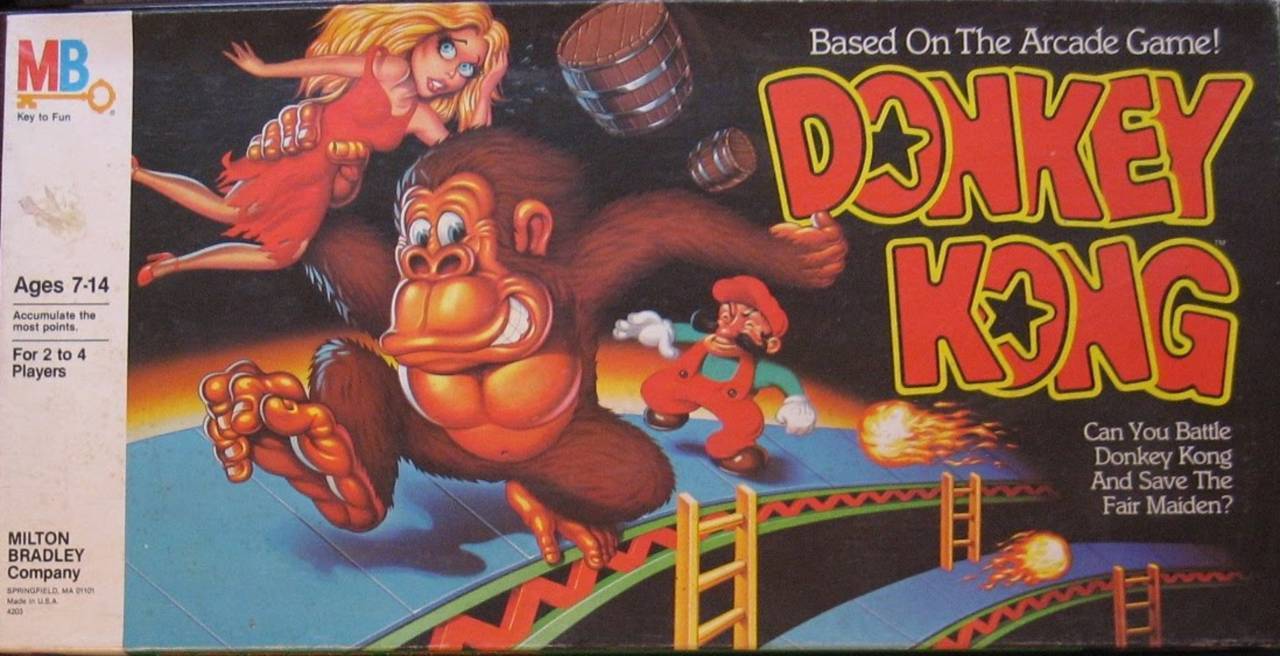 “Can you battle Donkey Kong and save the Fair Maiden?” this board game, also from Milton Bradley, asked.  The answer was affirmative, but wouldn’t it be more fun to do so in the actual Donkey Kong video game available for Colecovision?

The game’s object? “Accumulate the most points.” 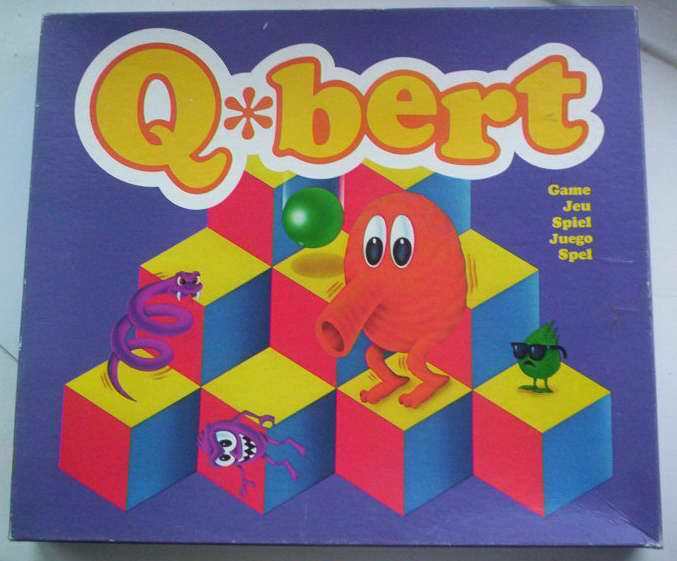 From Parker Bros., this was a 3-D board game version of Q-Bert, with tons of pieces, including pegs, so you could hop up and down the pyramidal board. The goal? “Collect more pegs than your opponent.”

Again, the video game promised that it was “based on the exciting Arcade Game.” 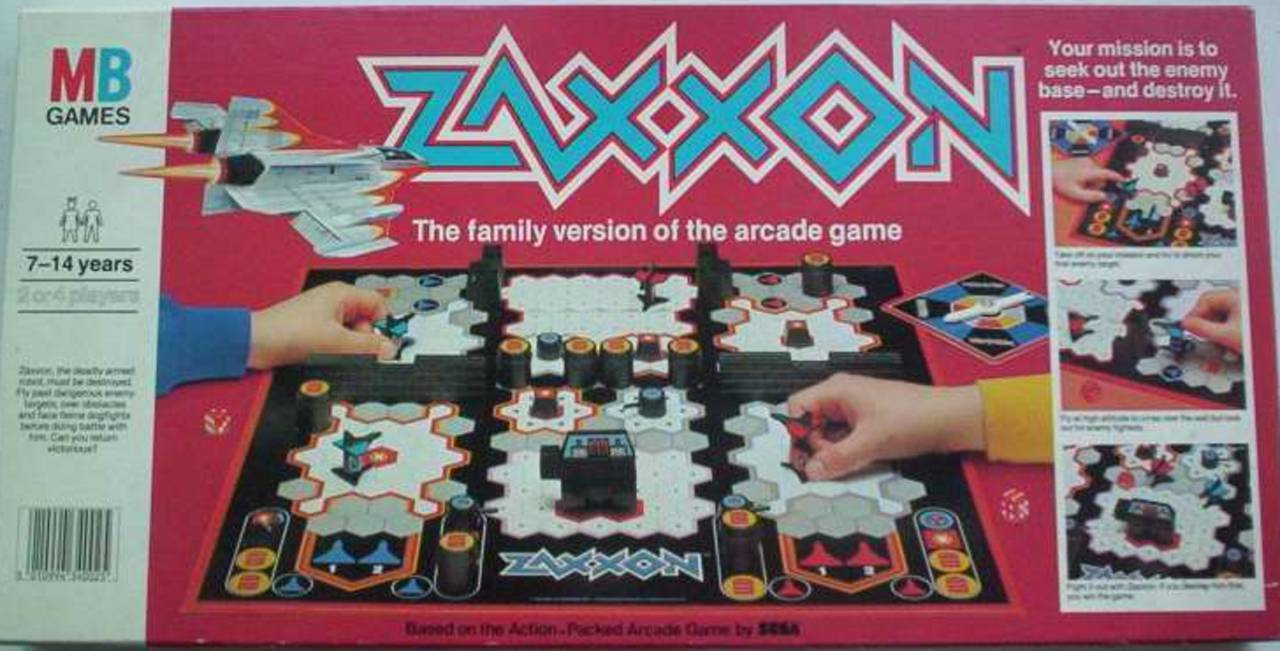 “Your mission is to seek out the enemy base and destroy it,” suggested the box art for this Milton Bradley board game.

It was described as “the family version of the Arcade Game” and trumpeted that it was based on “the action-packed Arcade Game by Sega.”