“As if there was much of anything in any human utterance, oral or written, except plagiarism! The kernel, the soul — let us go further and say the substance, the bulk, the actual and valuable material of all human utterances — is plagiarism. For substantially all ideas are second-hand, consciously and unconsciously drawn from a million outside sources…” – Mark Twain in a letter to Helen Keller (1903) 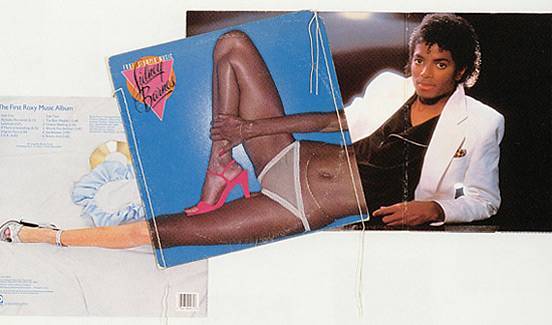 These mash-ups appear as if by happy accident, but Marclay has long used collage to produce something new from found sounds, pictures, films and objects. In the 1980s, cut up various vinyl records and glued them back together in different configurations. “As they were played, the needle would sample from different fragments of records, he tells the JCA. “The music was loud and gritty.”

He adds: “To be totally original and start from scratch always seemed futile. I was more interested in taking something that existed and was part of my surroundings, to cut it up, twist it, turn it into something different; appropriating it and making it mine through manipulations and juxtapositions.” 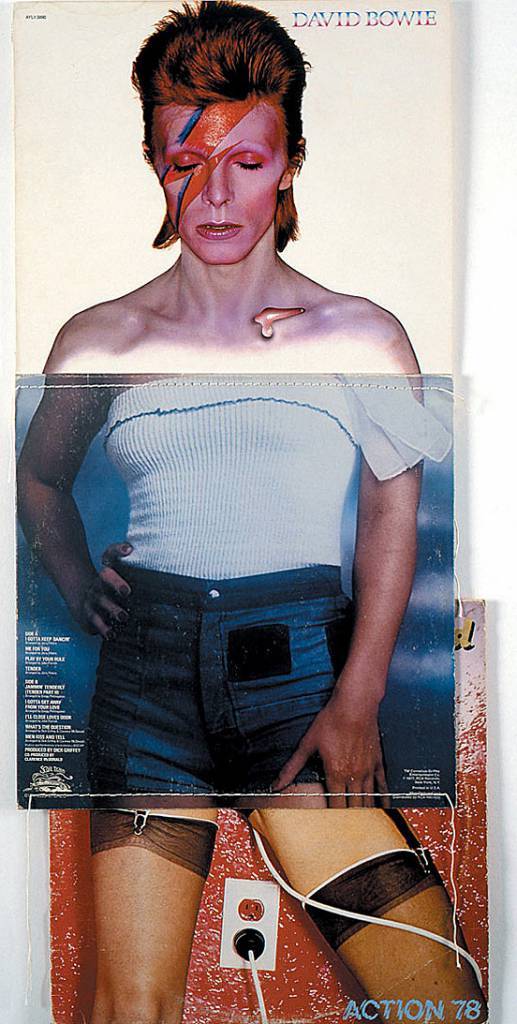 There is an implied violence in photography because of its cropping quality. Photog-raphy is about stealing, displacing, chopping up. The camera is a sharp weapon. Like sound recording, photography is a mechanical device that tries to simulate life. The recording and the photograph, both incomplete reproductions of nature, come together as record/ album to reinforce each other in their illusion. Like the “Charmin’ Chatty” doll, the record is inside the body. You pull a string and it speaks. It’s an aural accompaniment to the visual appearance. If you only saw one of the Body Mix pieces, it would have less of an impact, you might think, oh, what a nice coincidence! But when you see so many you have to wonder, what is going on here? Patterns begin to emerge. The amount of crotches and breasts and legs makes them almost so unoriginal and formulaic. 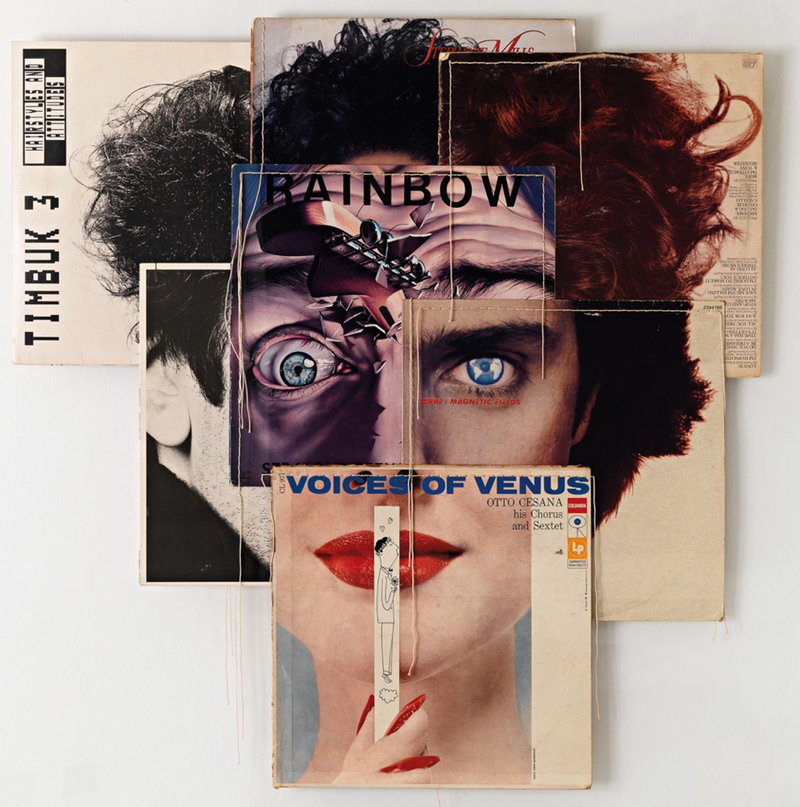 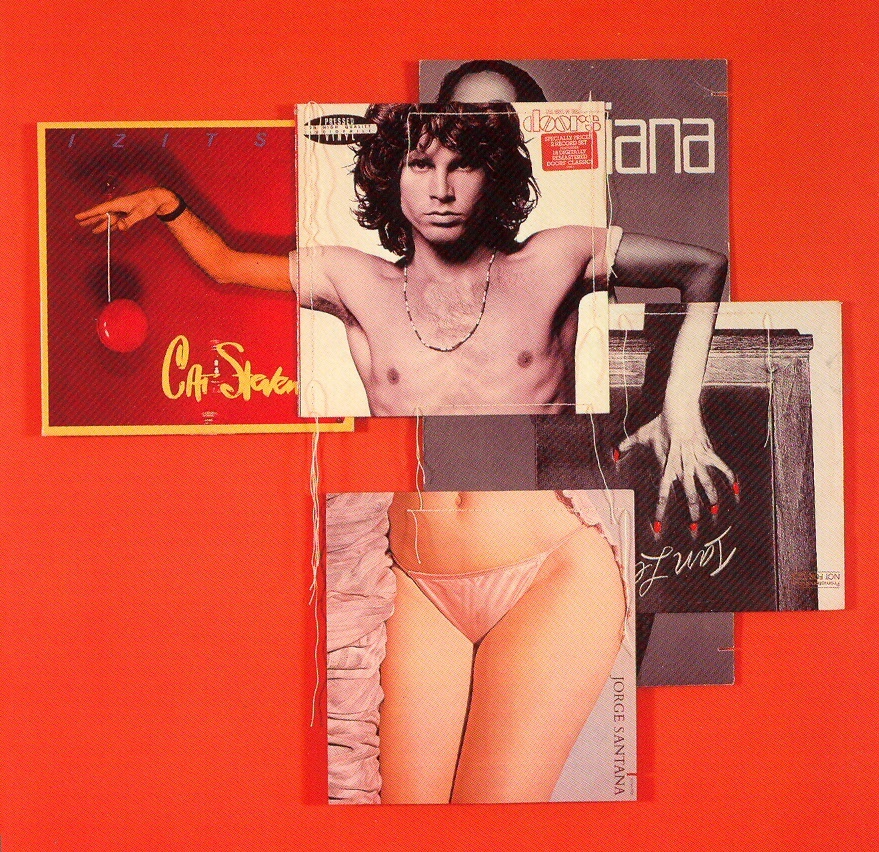 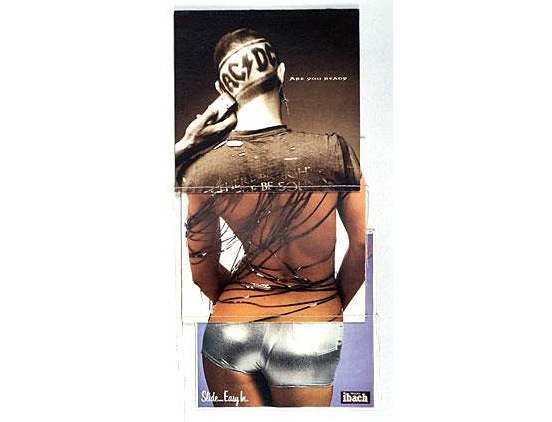 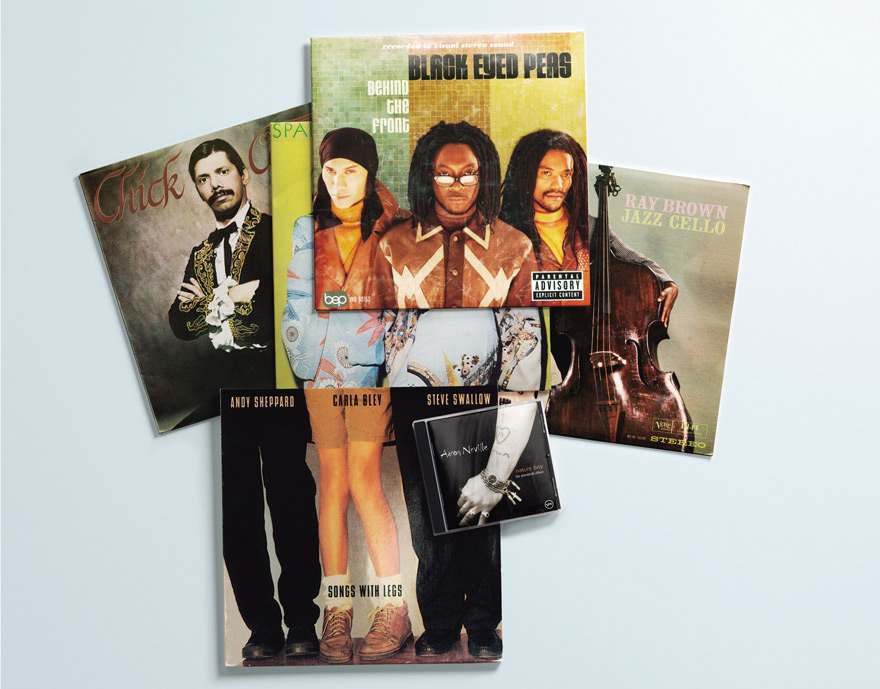 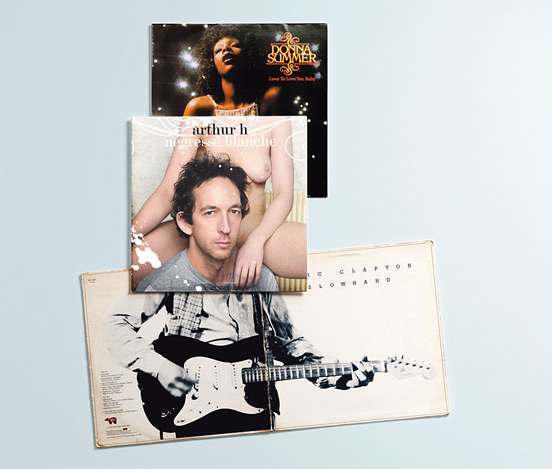 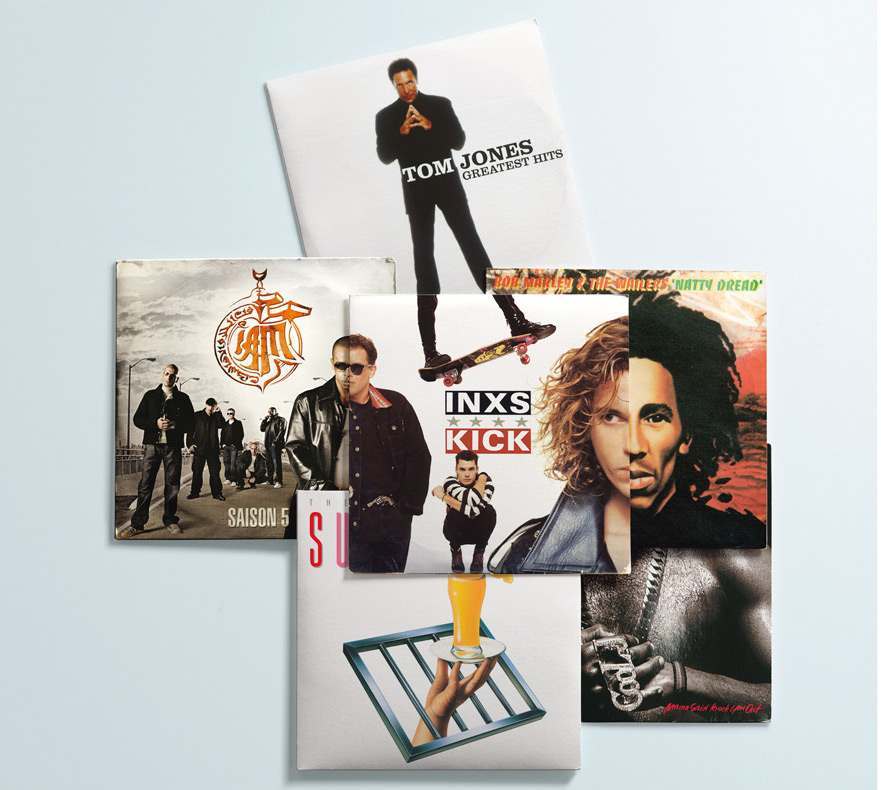