Advertisers of decades past knew that nothing would get a man to open his wallet for a Summer vacation better than the sight of a bikini. Thus, it seems every travel advert from the 1960s-80s featured young gals in skimpy two-piece bathing attire.  Once the male population lost their monopoly over the family budget, travel advertising couldn’t rely on bikini babes to sell every vacation destination from Bermuda to Wisconsin.  They had to get a little more creative and less bikini reliant.

Here’s a look at a handful of vintage travel adverts, back when travel advertising just let the bikini do the selling. 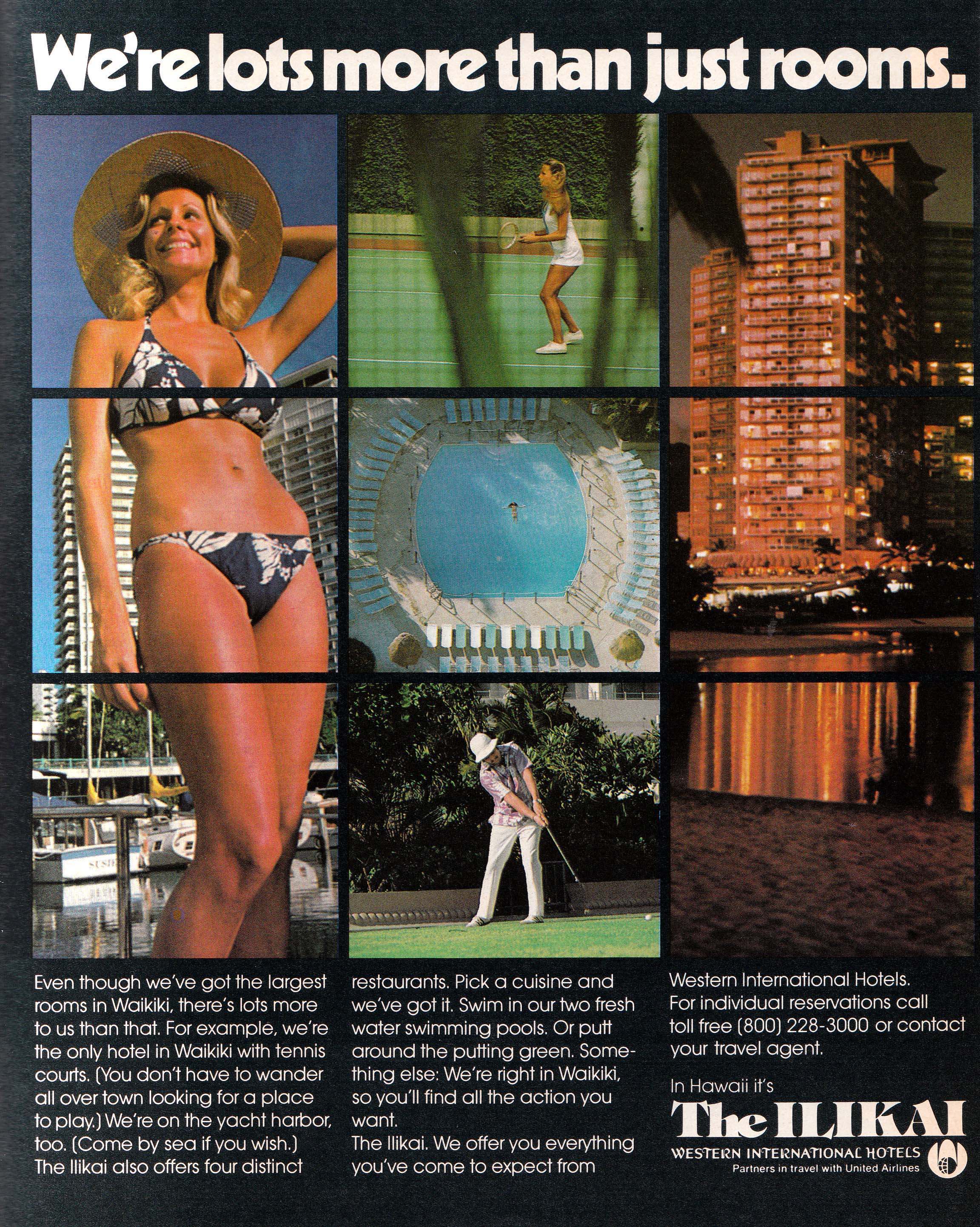 The Ilikai hotels in Hawaii

They’re lots more than just rooms…. namely, they’re a place with women in bikinis. Yes, there’s a smattering of golf and the hotel looks pretty enough at night…. but mainly it’s about women in bikinis. 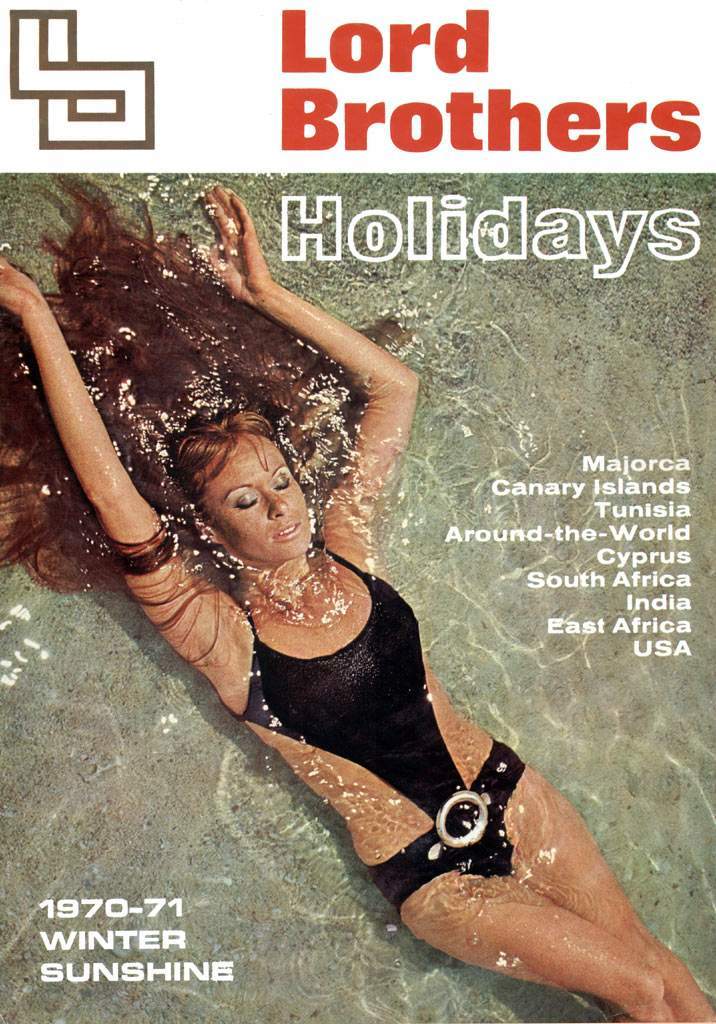 What do apartheid South Africa, India, Tunisia and East Africa have in common? They’re all places you will never find a woman wearing a bathing suit like this. 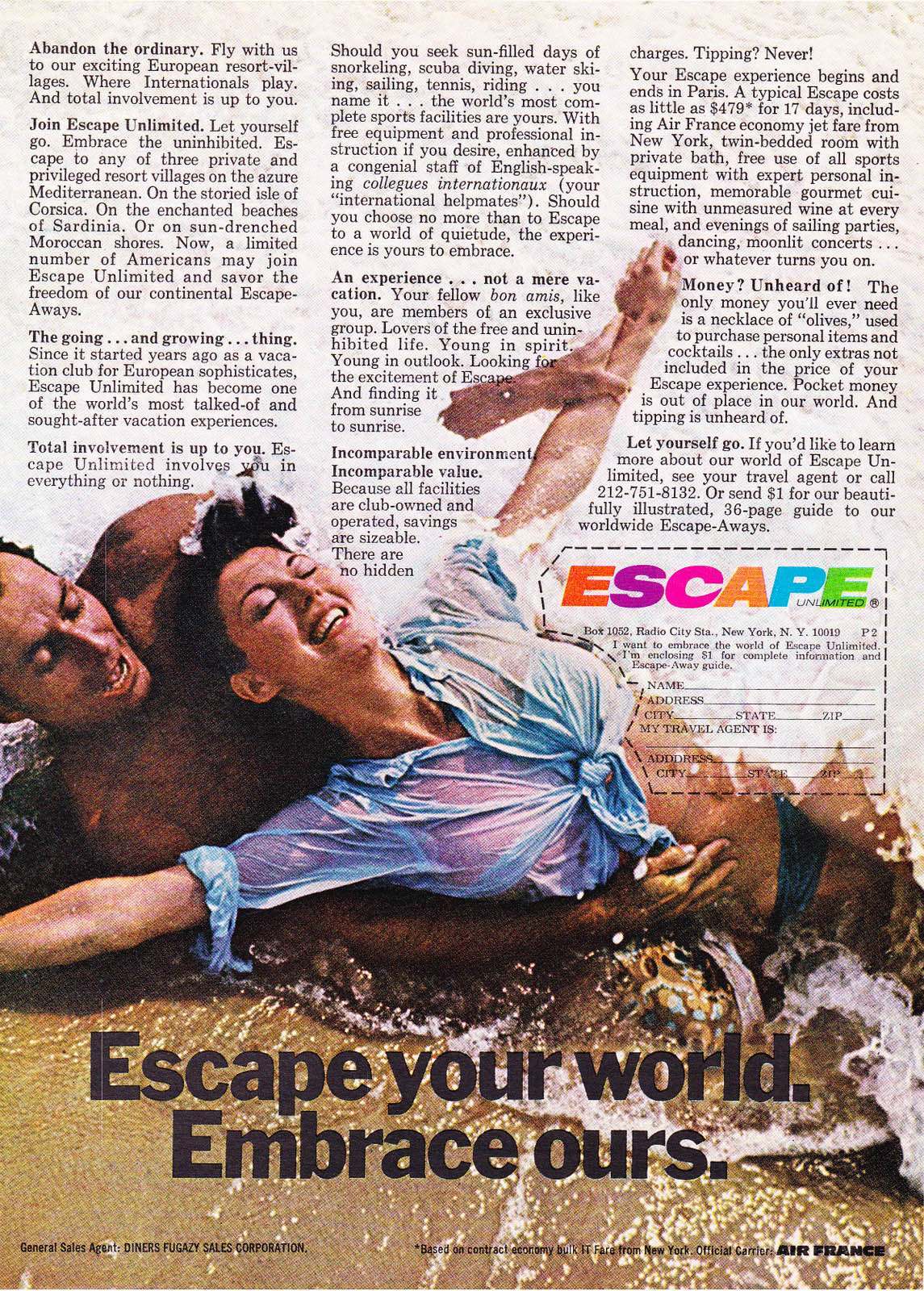 What began as a travel club for European sophisticates has, like so many other things in the 1970s, devolved into just another opportunity for sex. Older adverts might have featured the Louvre, Bavarian castles, the Parthenon… in the 70s, it features foreplay. (Although, to be honest, they might actually be past that stage.) 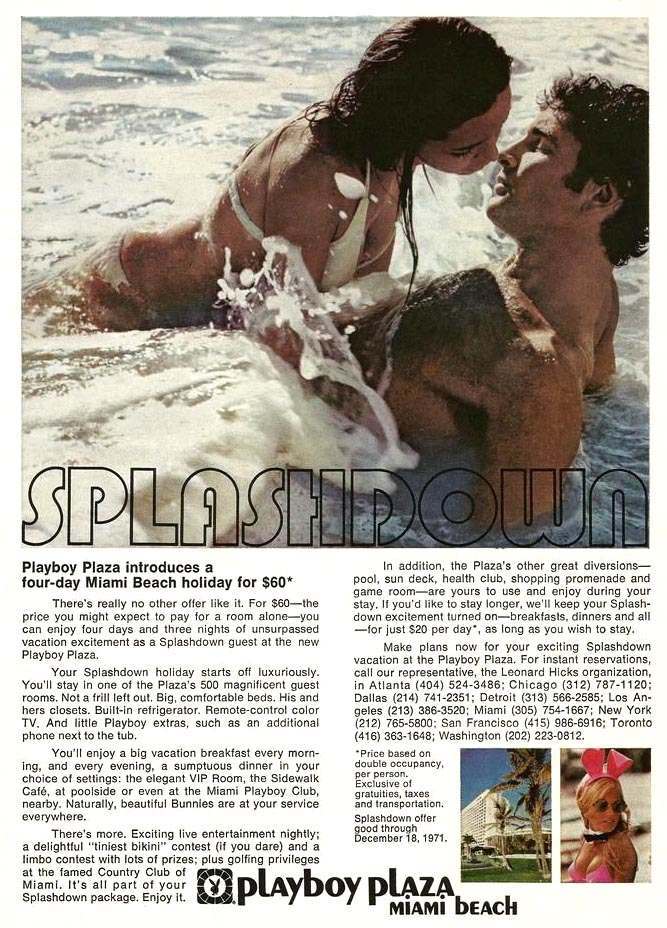 …and more horseplay in the foam. 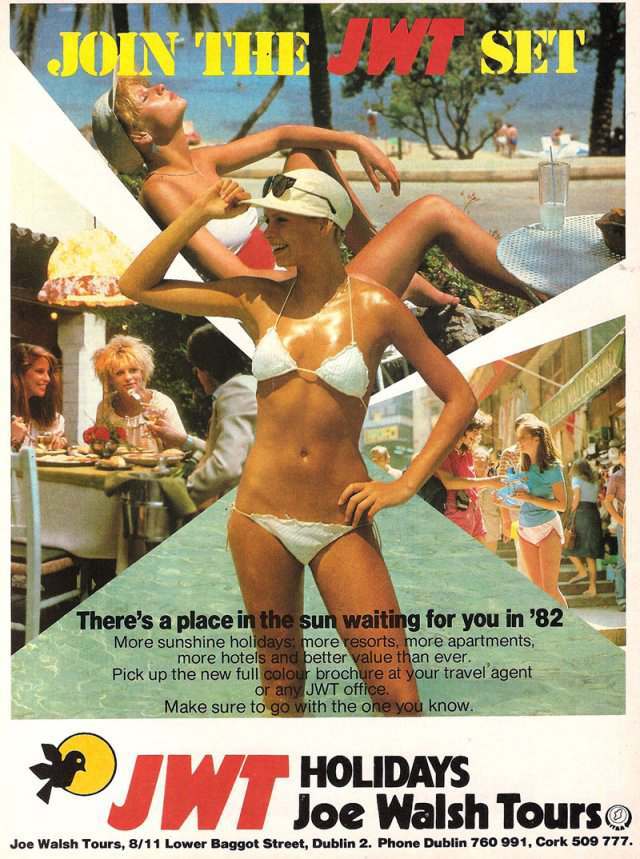 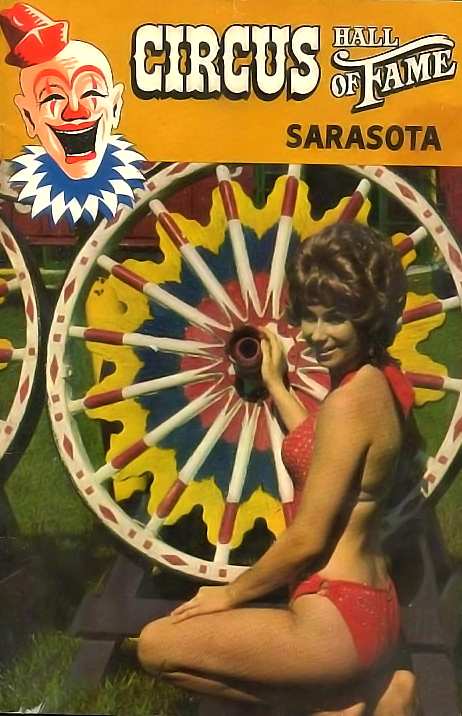 Even Sarasota, Florida’s Circus Hall of Fame gets the bikini treatment. If there’s one thing that can dull the shock and horror of those nightmare clowns, it’s a girl in a bikini (especially if she’s playfully caressing a wheel shaft). 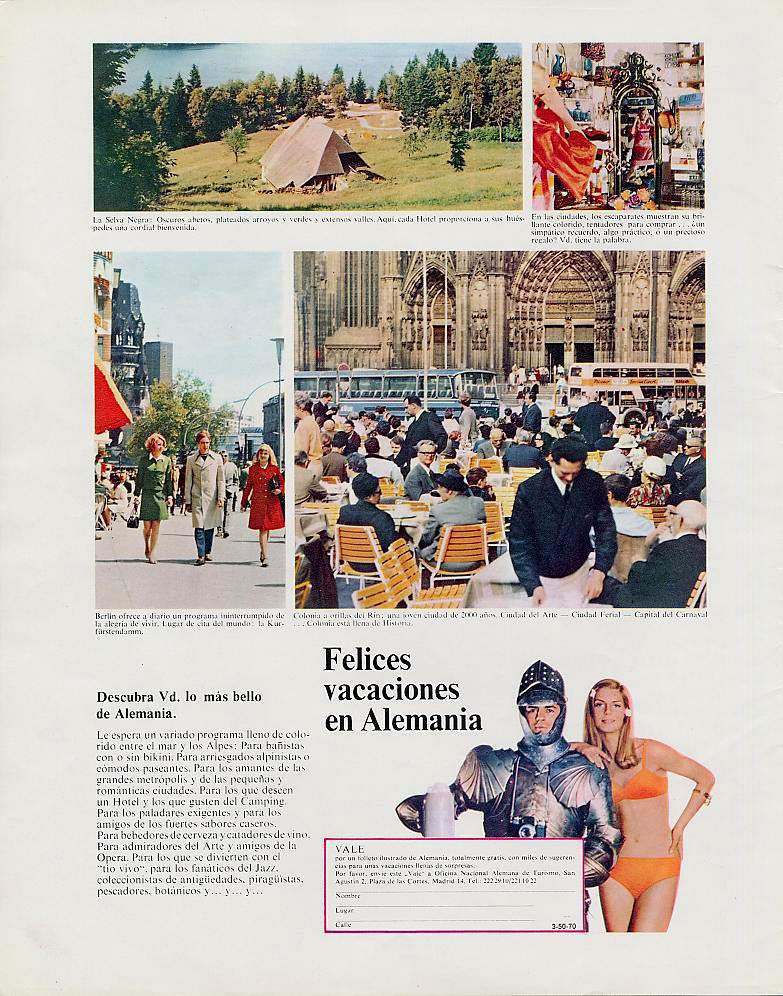 If this doesn’t demonstrate that bikinis were the default travel advert technique, nothing does. If there is anything on earth that doesn’t scream “bikini” it’s Germany. Yet, here it is. 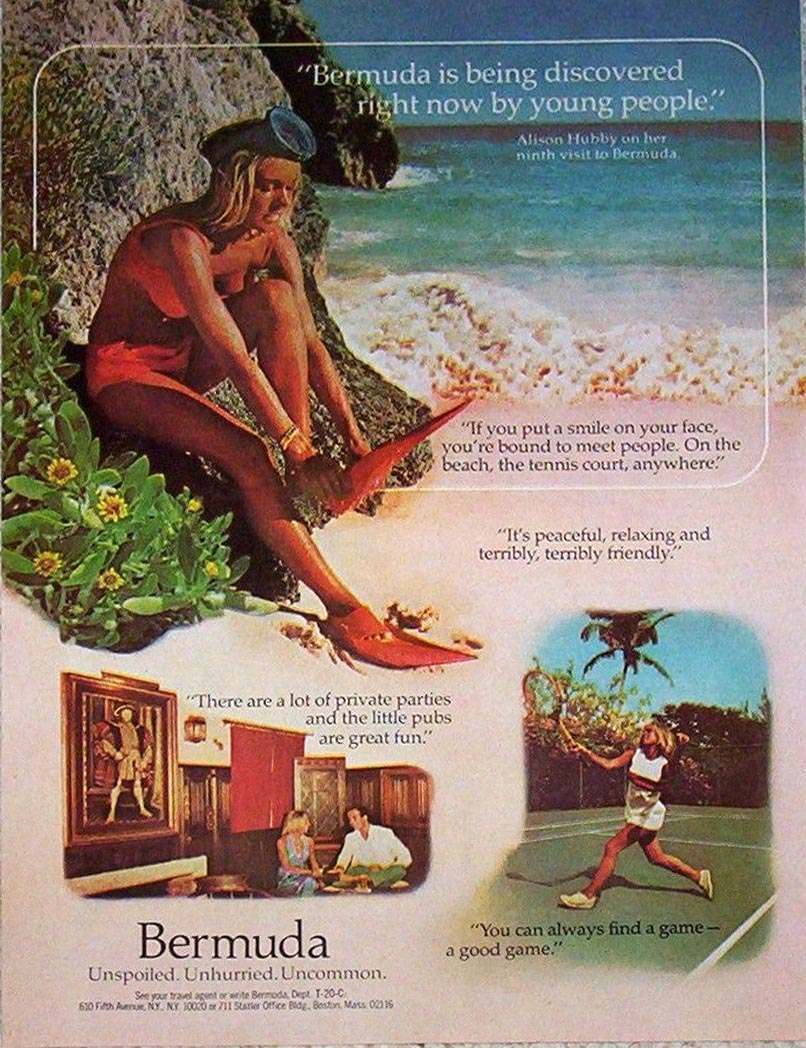 “Bermuda is being discovered right now by young people” (Translation: No grandparents on their gold anniversary cruise here; it’s loaded with babes.)

“Alison Hubby on her ninth visit to Bermuda” (Translation: In case you didn’t believe us when we said it’s loaded with babes; this chick has been here 9 times. We can’t make it any clearer.) 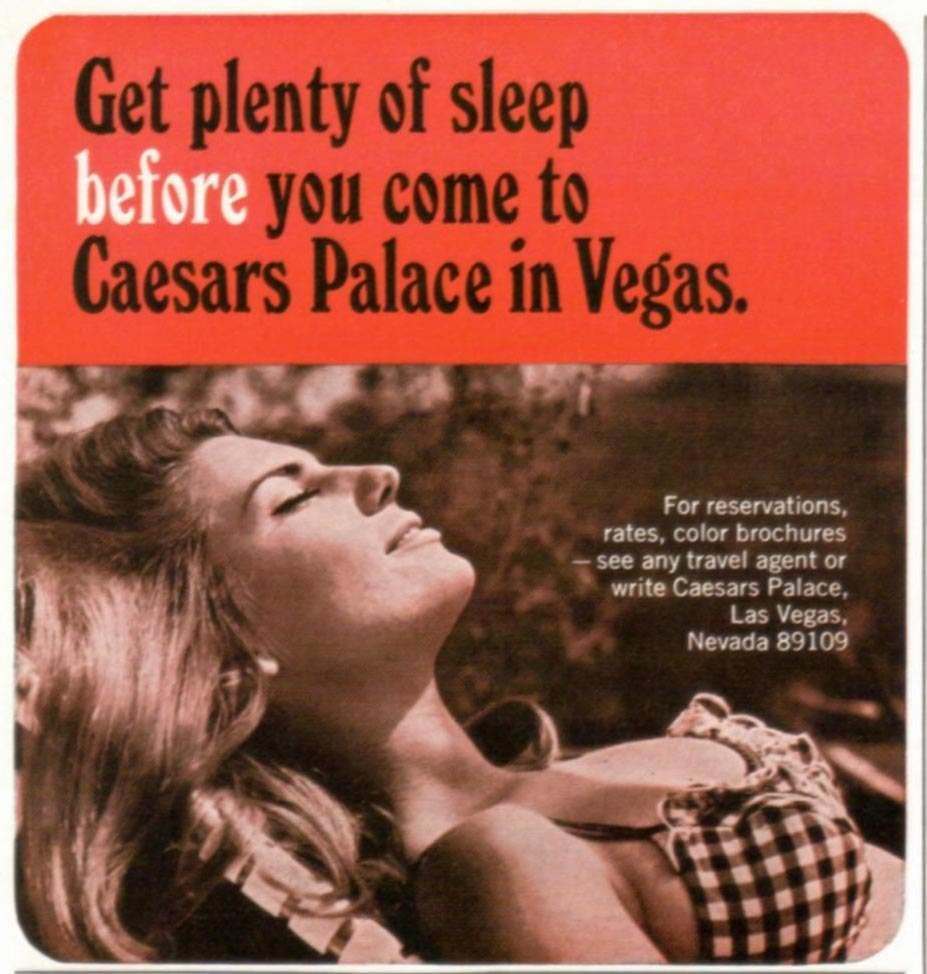 … and we’ll show you a chick in a bikini taking a nap to illustrate the act of sleeping. 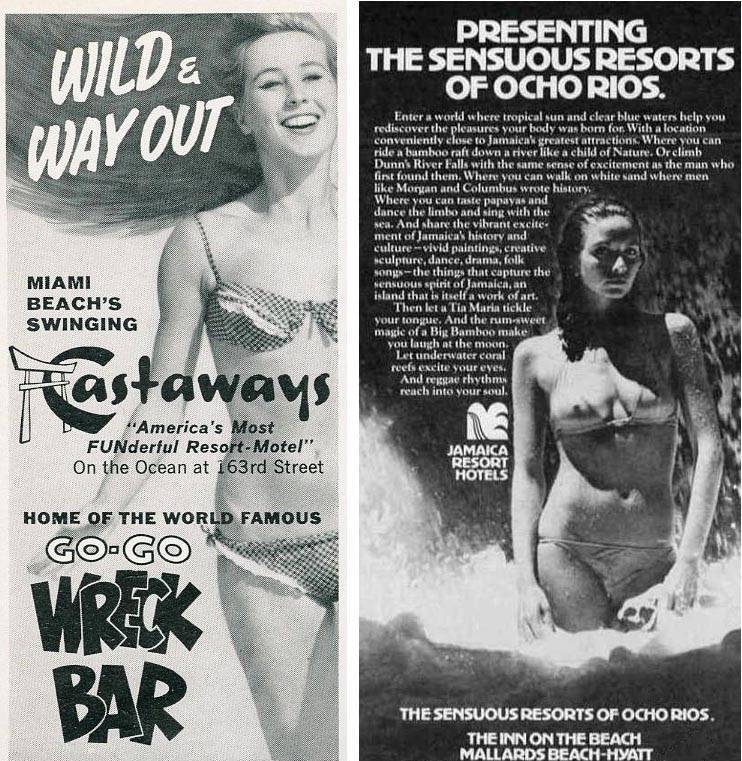 How could you not want to go to Castaways – it’s FUNderful. (ugh) The Jamaica Resort Hotels are much better wordsmiths: “…let a Tia Maia tickle your tongue. And the rum-sweet magic of a Big Bamboo make you laugh at the moon.” Okay, whatever. Just point us in the direction of the bikini girls like the one in the ad. 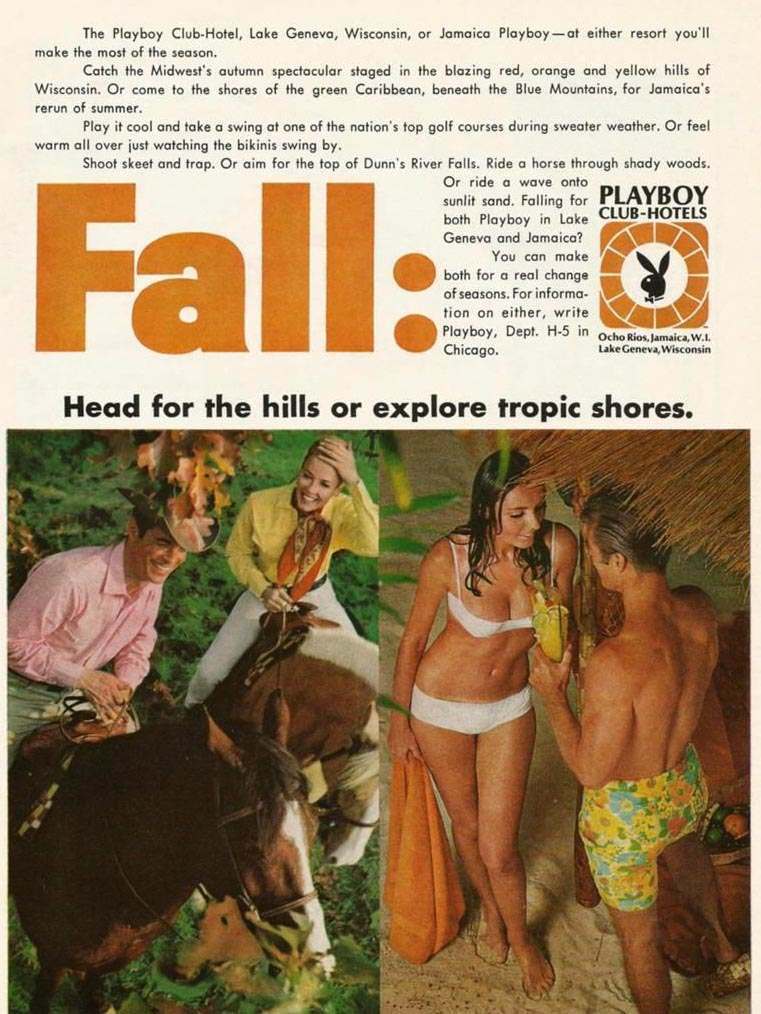 Wisconsin or Jamaica…decisions, decisions. As the advert describes “shoot skeet and trap” or “feel warm all over just watching the bikinis swing by”. It’s such a hard choice; I’ll have to toss a coin (and pray to God it lands on bikinis).