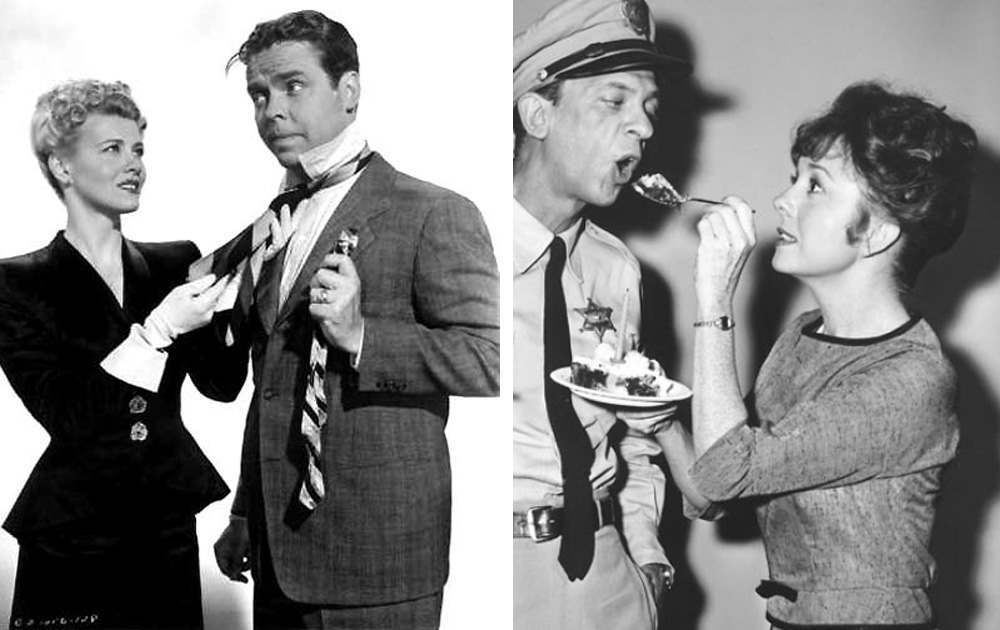 Throughout the history of television, you could always count on one thing: an abundance of shows featuring a beautiful woman paired with some goofy schmuck. Time after time, plausibility is tossed out the window in favor of eye candy. The genesis of this whole tradition may be the Blondie TV series (which, of course, originated from the comic strip and then movies). Dagwood Bumstead was a bumbling idiot, and his wife was the definition of poise and beauty. Of course, this wasn’t near as implausible as Barney Fife and Thelma Lou. 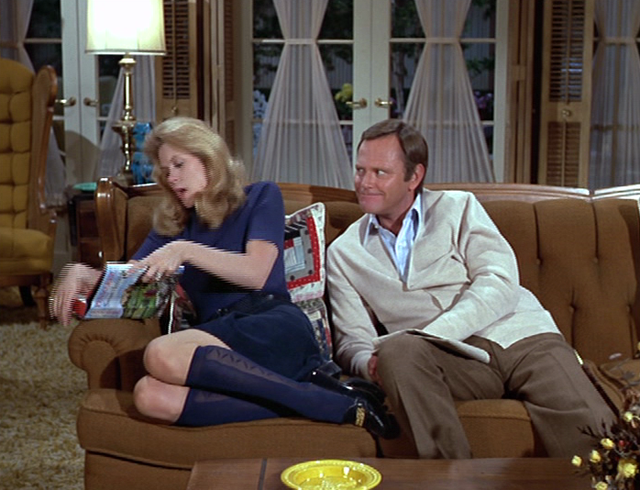 Check out Darrin’s hungry look. Are we positive Dick Sargent was gay?

Elizabeth Montgomery is an intelligent and incredibly beautiful woman. Plus she has magical powers that could grant your every wish. So, who does she choose as a mate? A neurotic moron who won’t let her do magic. He’s not even all that good at his job – Larry Tate is constantly threatening to have him fired. That is, until Samantha can save his incompetent ass once again.

The Flintstones and The Jetsons are also prime examples. Fred and George are overweight, ignorant, and extremely grouchy – prone to shouting at their ladies. Barney is short, fat, and a complete imbecile. And yet, their spouses are smart, level headed and drop dead gorgeous. Go figure.

Bob Newhart is a successful psychiatrist with a razor sharp dry wit; this adds some bonus points with the ladies, I’m sure. But Suzanne Pleshette? Come on. Next you’re gonna tell me Bosley was makin’ it with all three Angels.

Note that Ladykiller Bob would again find a gorgeous wife in his next show, Newhart. 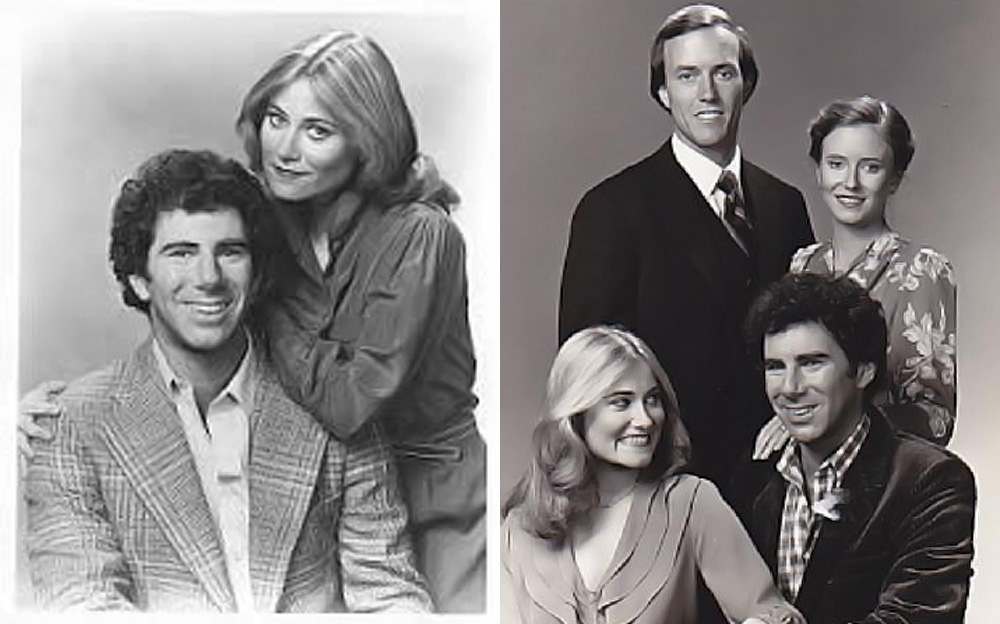 Perhaps the one I take most umbrage to is The Brady Brides. I’m sorry, but there is no way in hell that the perfect Marcia Brady married this slovenly doofus. Whoever created this show obviously never watched a single episode of The Brady Bunch. Marcia was a cheerleader, school president, miss popularity and all around overachiever… simply being in the same home amid this manic drive for perfection drove Jan to the very edge of sanity. Not to mention, Marcia was a total knockout – not the type to hook up with this lame cornball.

The smoking hot Loretta (Mary Kay Place) has a much older balding man who simply could not look more repulsive… and when he removes his shirt to make love to his wife, audiences are treated to a pale white body covered in a thick mange. Back hair never looked so repulsive.

As out-of-his-league as Loretta was, the show delighted in its own bizarre undertones.  However, there was no such self-referential irony in our top two shows… 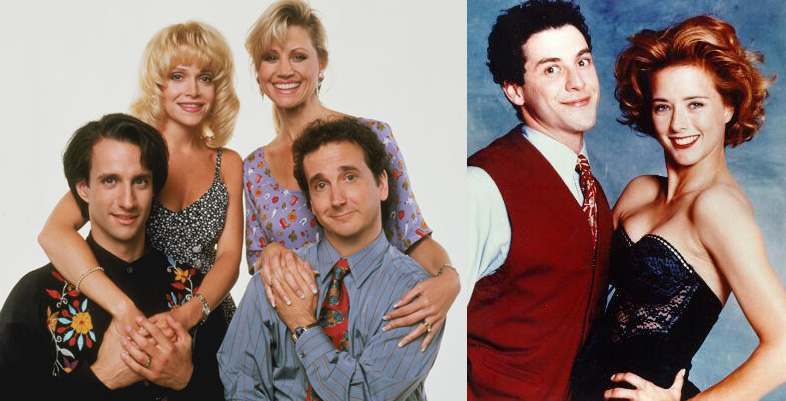 One of the most unbelievable examples would have to be Perfect Strangers. Explain to me how Larry and Balki, two of the goofiest individuals who ever lived, can be intimately involved with two hot blonde stewardesses? I mean, these guys make Shemp seem suave and handsome. To quote Balki: “Don’t be ridiculous!”

The honor for the most absurd, completely unbelievable mismatch in the history of television would have to be Téa Leoni and Corey Parker in Flying Blind (1992-1993). There’s no possible way this match could have taken place – not even under the influence of large amounts of alcohol. If Flying Blind had been a science fiction program taking place on a remote corner of the galaxy where nerdy dumb-asses are considered attractive, then I might buy it.

I think Seinfeld deserves a mention. Somehow a neurotic stand-up comedian manages to have one fashion-model girl after another. I mean, this guy makes Sinatra and Lee Majors look like lightweights!  However, he never stuck long enough with a single girlfriend to have an official pair. 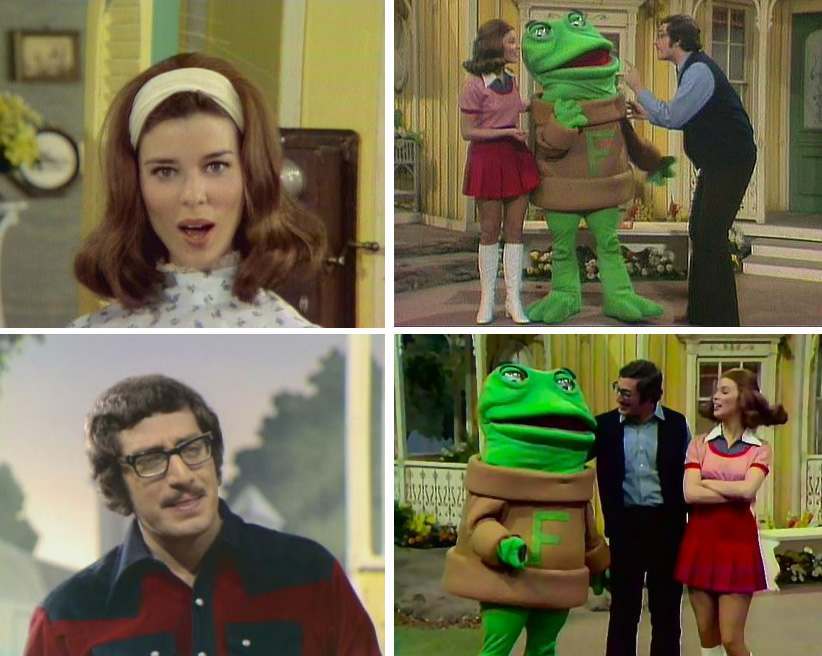 I nearly included Doug and Emmy Jo from The New Zoo Revue as shining examples of a mismatched couple. Emmy Jo was a stone cold fox, while Doug was as nerdy as they come.  However, they are a real couple and happily married to this day! Hardly what I’d call a mismatch.

It demonstrates the superficiality of this whole exercise…… however, can you name a single example where the reverse is true – where the guy is a studly winner and his wife is an ugly loser?

I won’t wait around till you come up with one.