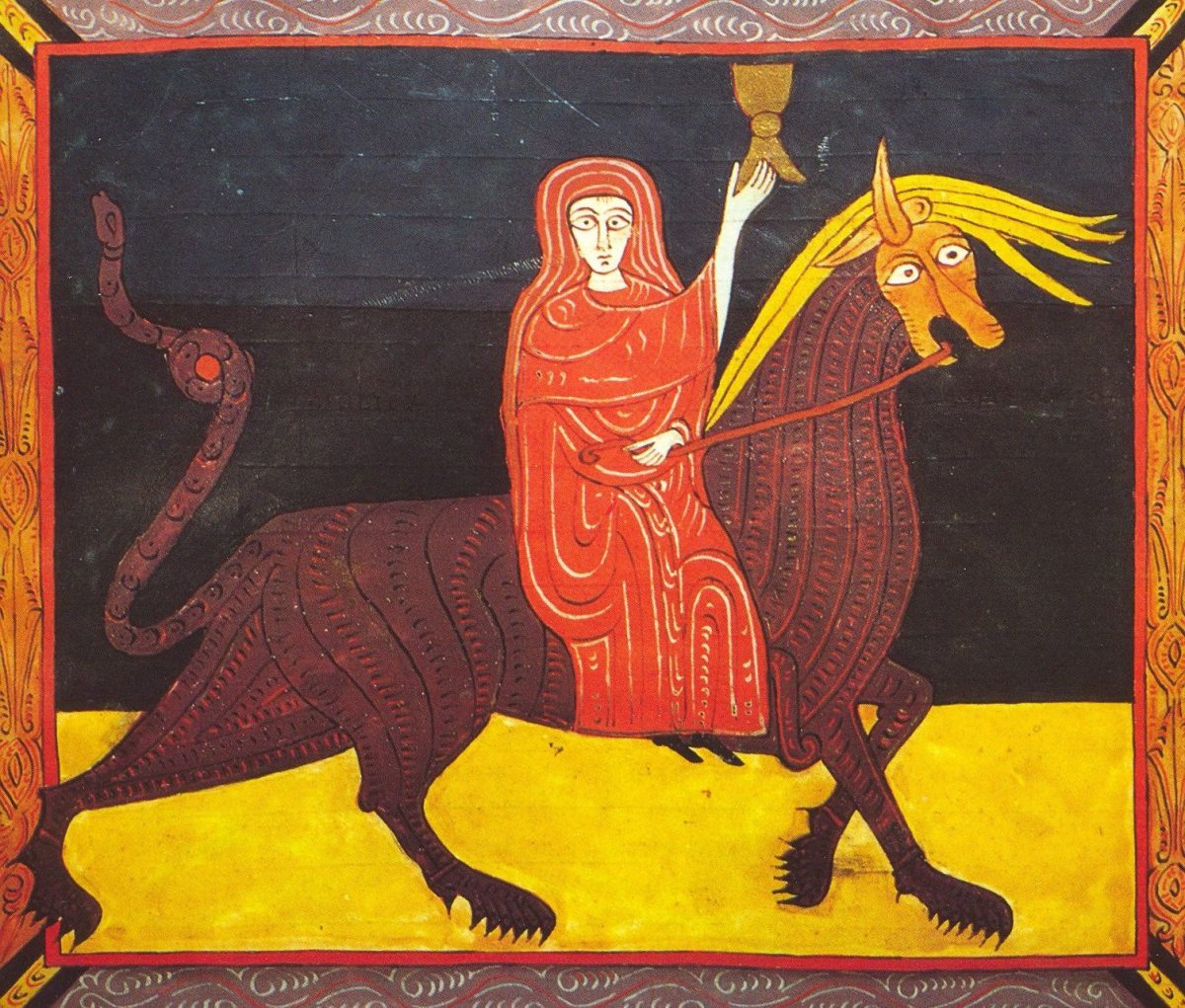 In 1047, Facundus presented King Ferdinand I of León, Castile, and Galicia and his wife Sancha with his take on the Beatus Of Liébana, an eight-century commentary on the Apocalypse made by a fellow monk named Beatus, resident at the Monastery of Santo Toribio de Liébana. The Revelation of John was now freshly illuminated in luminous colours for the King and his court to browse at their leisure.

The odd bit, of course, is that the illustrated end of all things has outlasted the myriad tales told over the last 2000 years that the end is nigh. 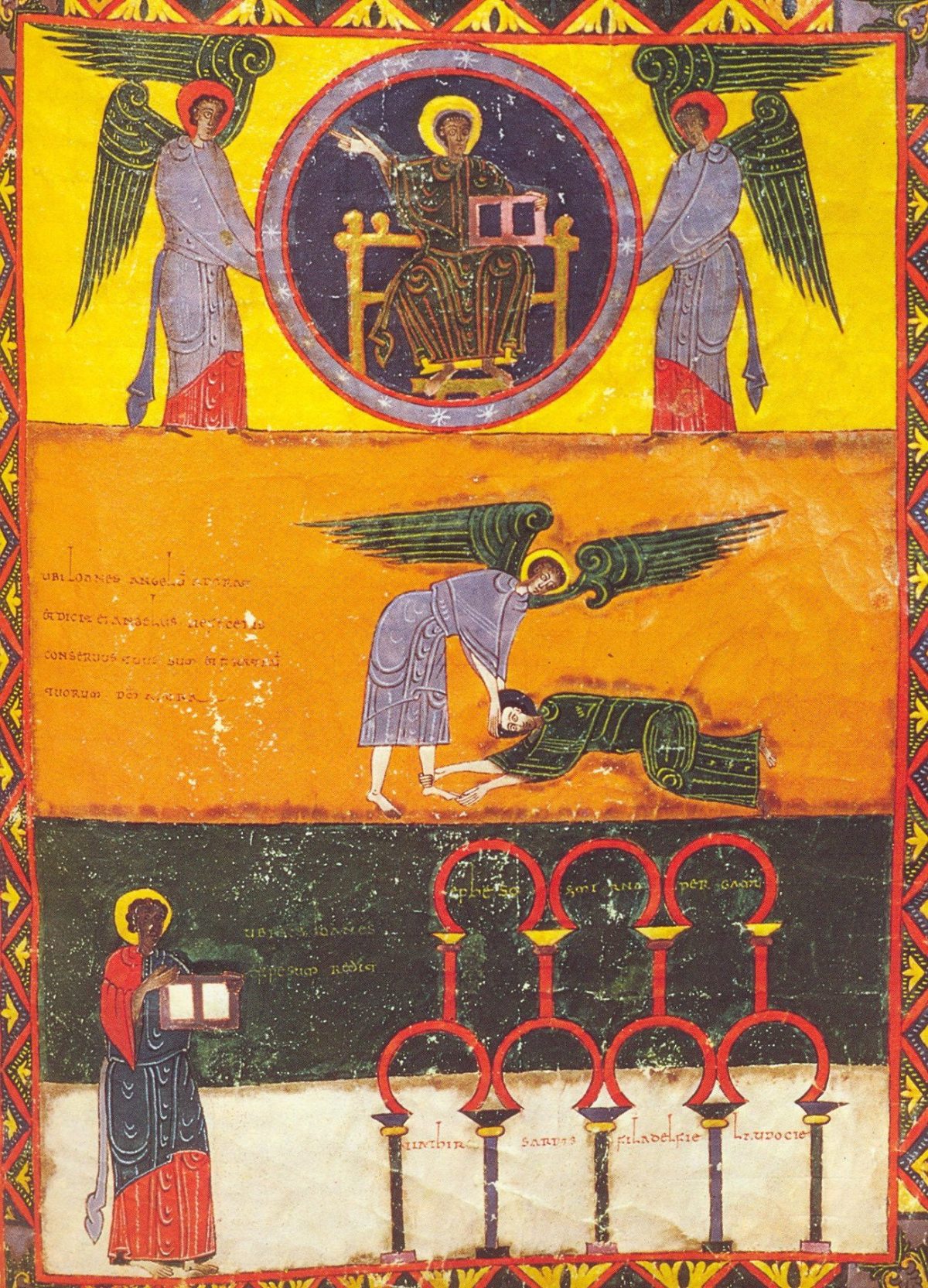 In the the 8th century, in a monastery in the mountains of northern Spain, 700 years after the Book of Revelations was written, a monk named Beatus set down to illustrate a collection of writings he had compiled about this most vivid and apocalyptic of the New Testament books. Throughout the next few centuries his depictions of multi-headed beasts, decapitated sinners, and trumpet blowing angels, would be copied over and over again in various versions of the manuscript. Here is a selection of images from one such manuscript known as the Beatus de Facundus (or Beatus de León), dating to 1047 and painted by a man called Facundus for Ferdinand I and Queen Sancha. It is composed of 312 leaves and 98 miniatures. 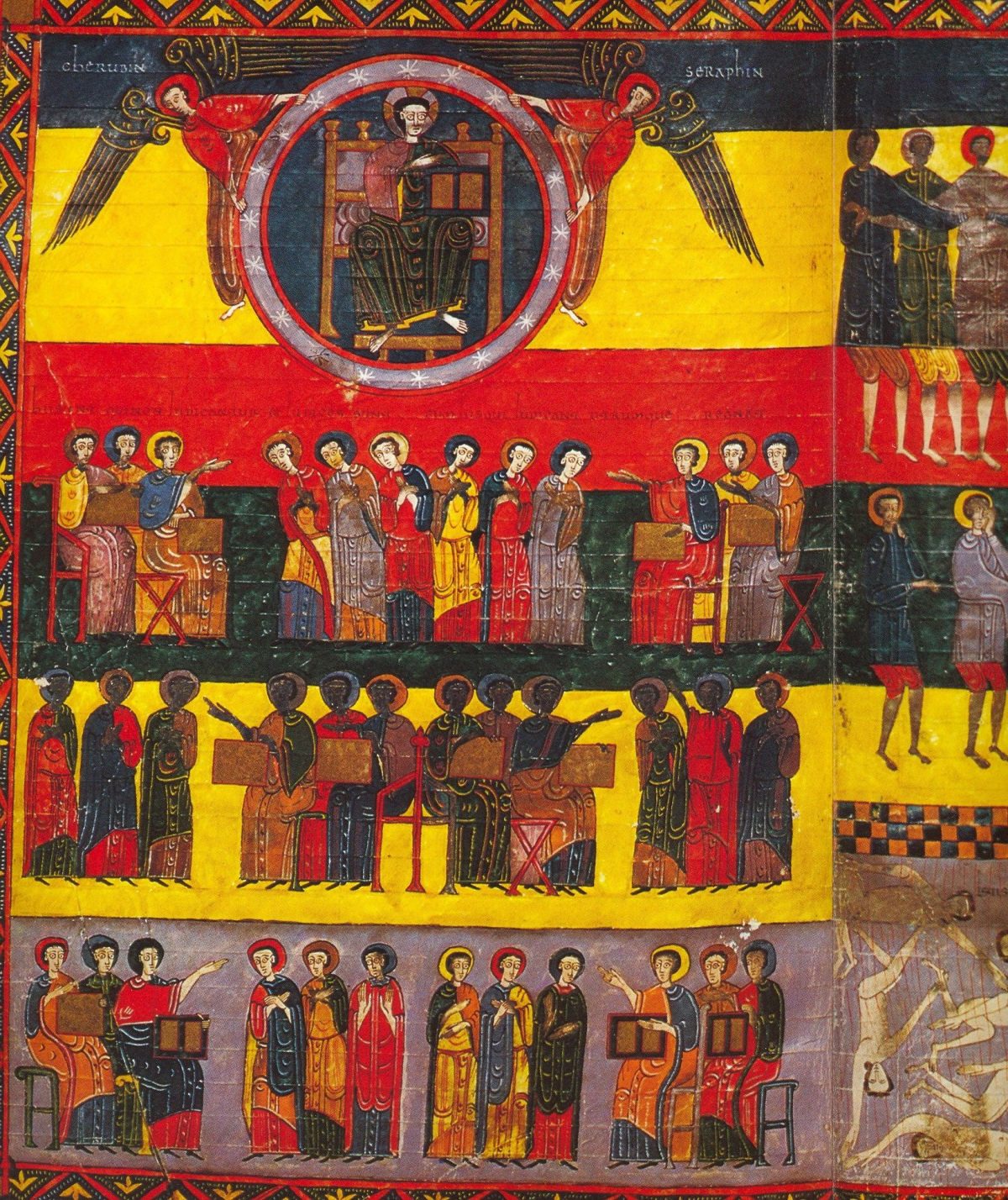 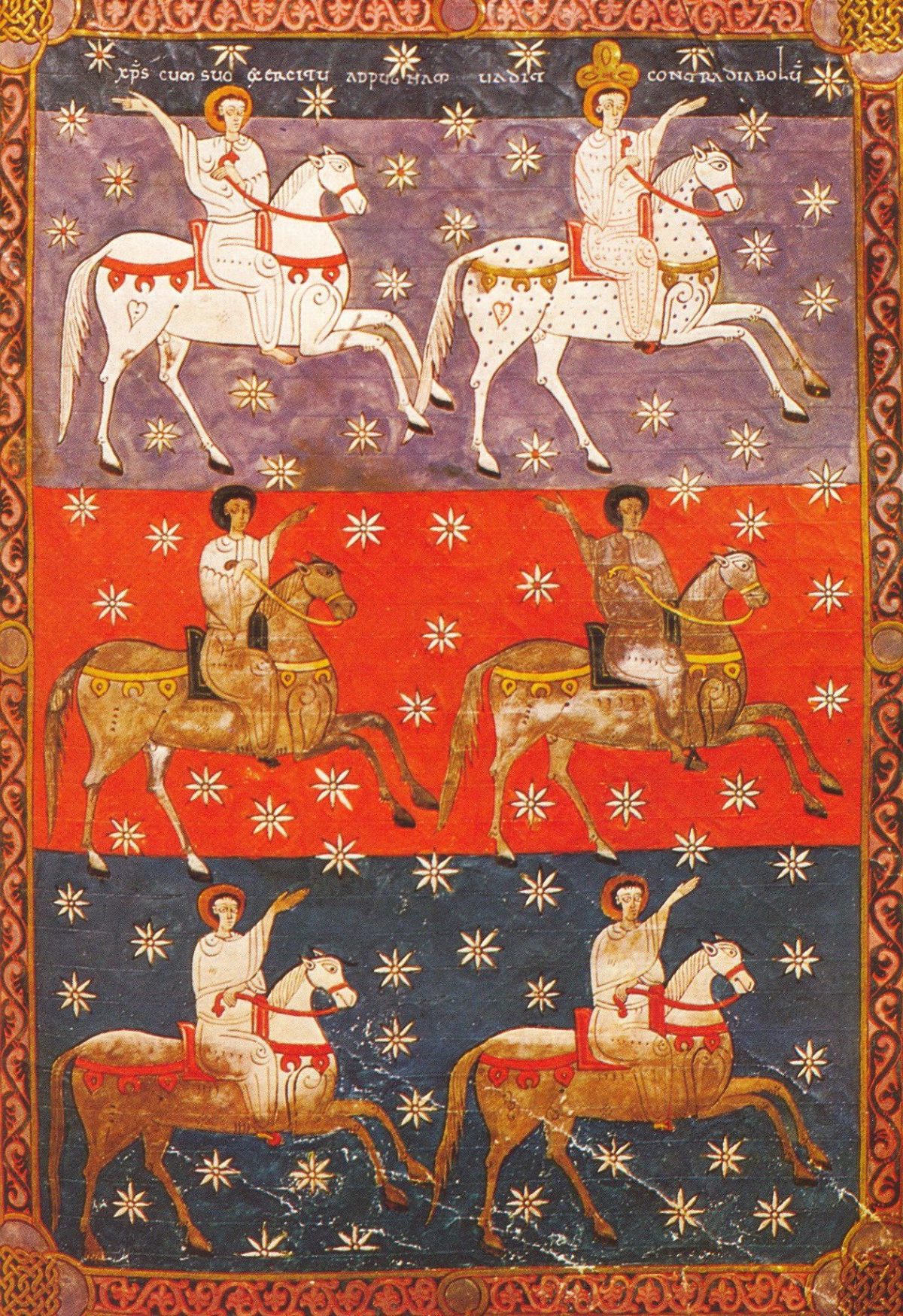 The faithful and true gentleman. The armies of heaven. Apoc. XIX. 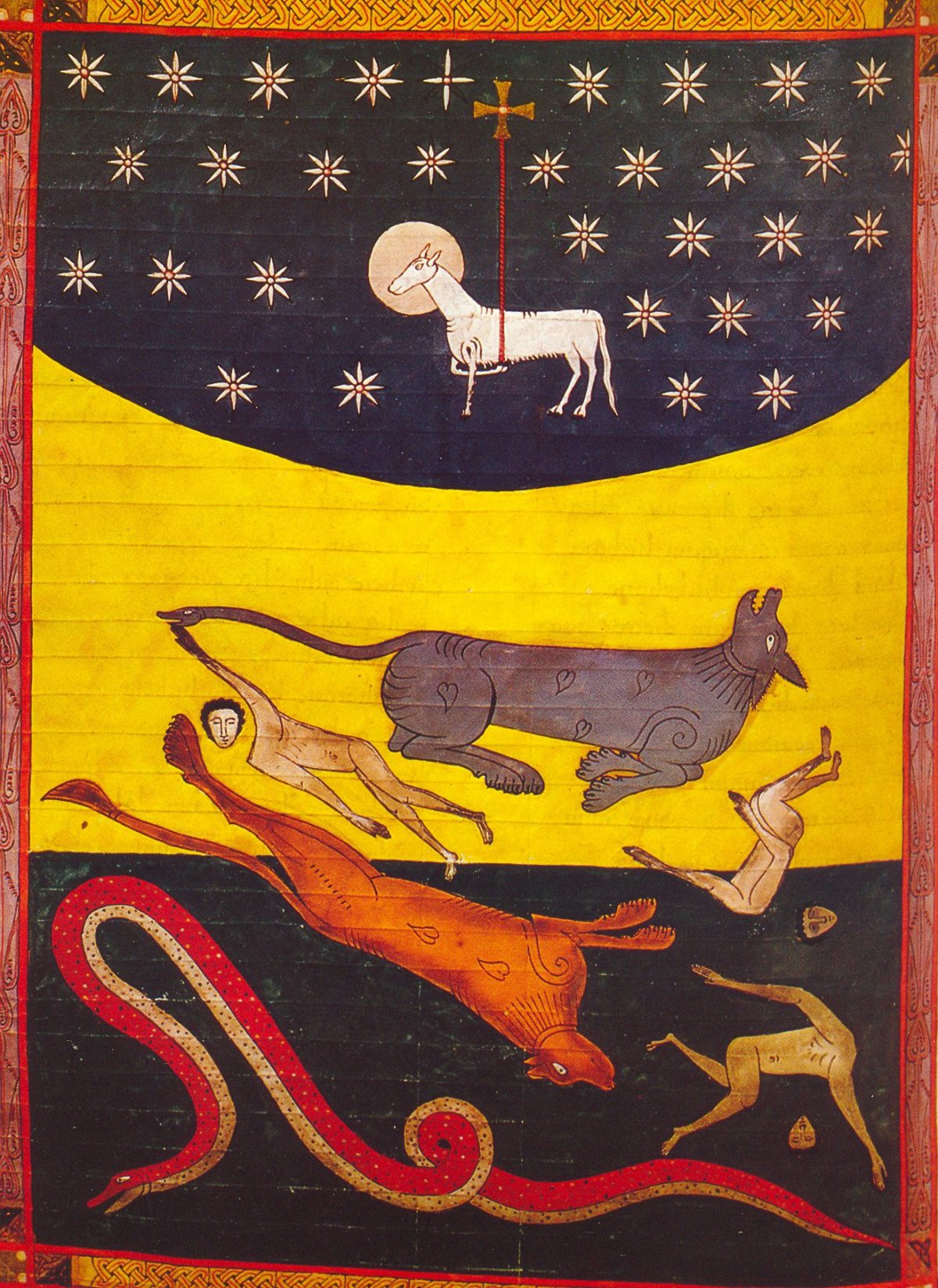 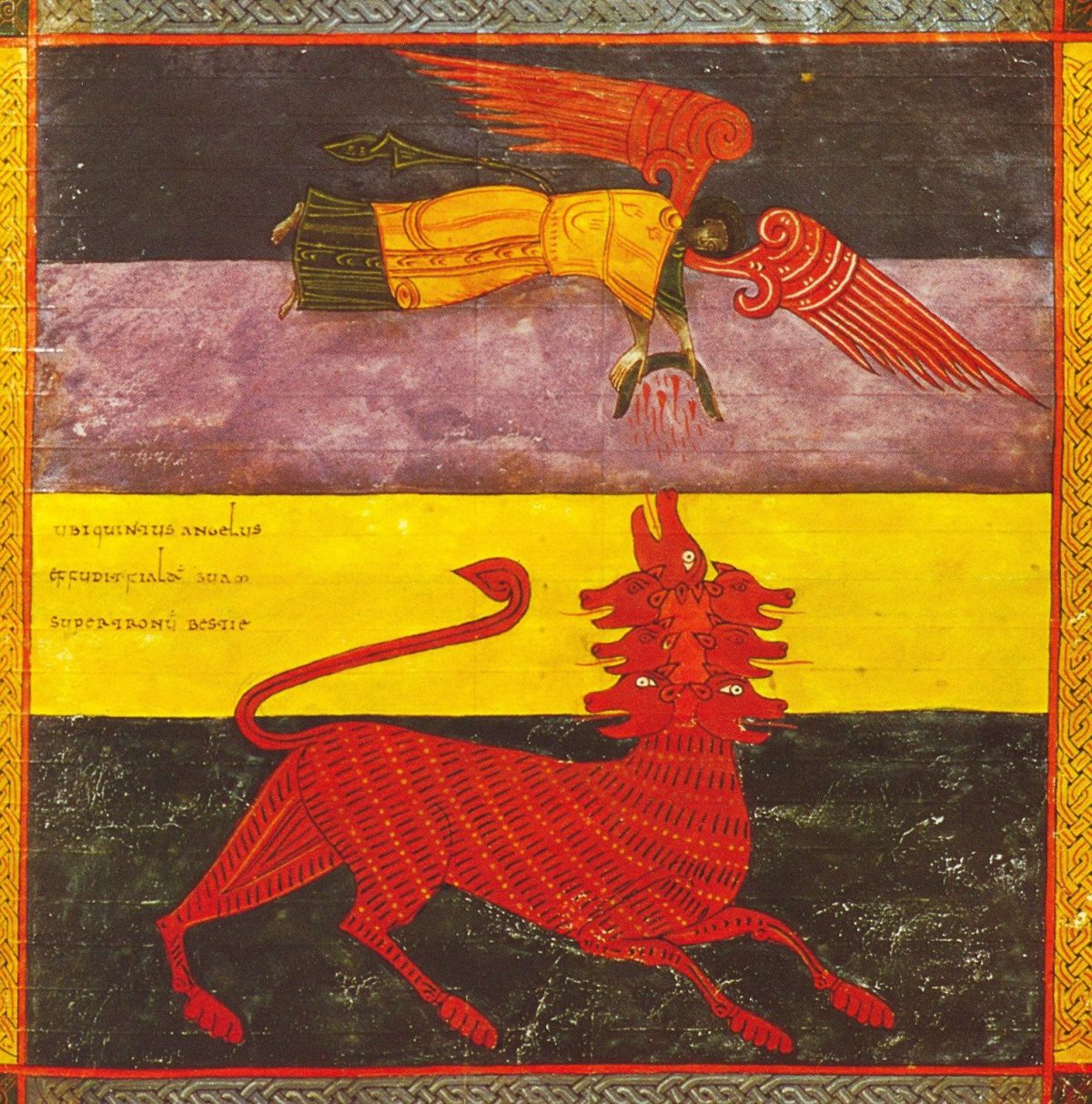 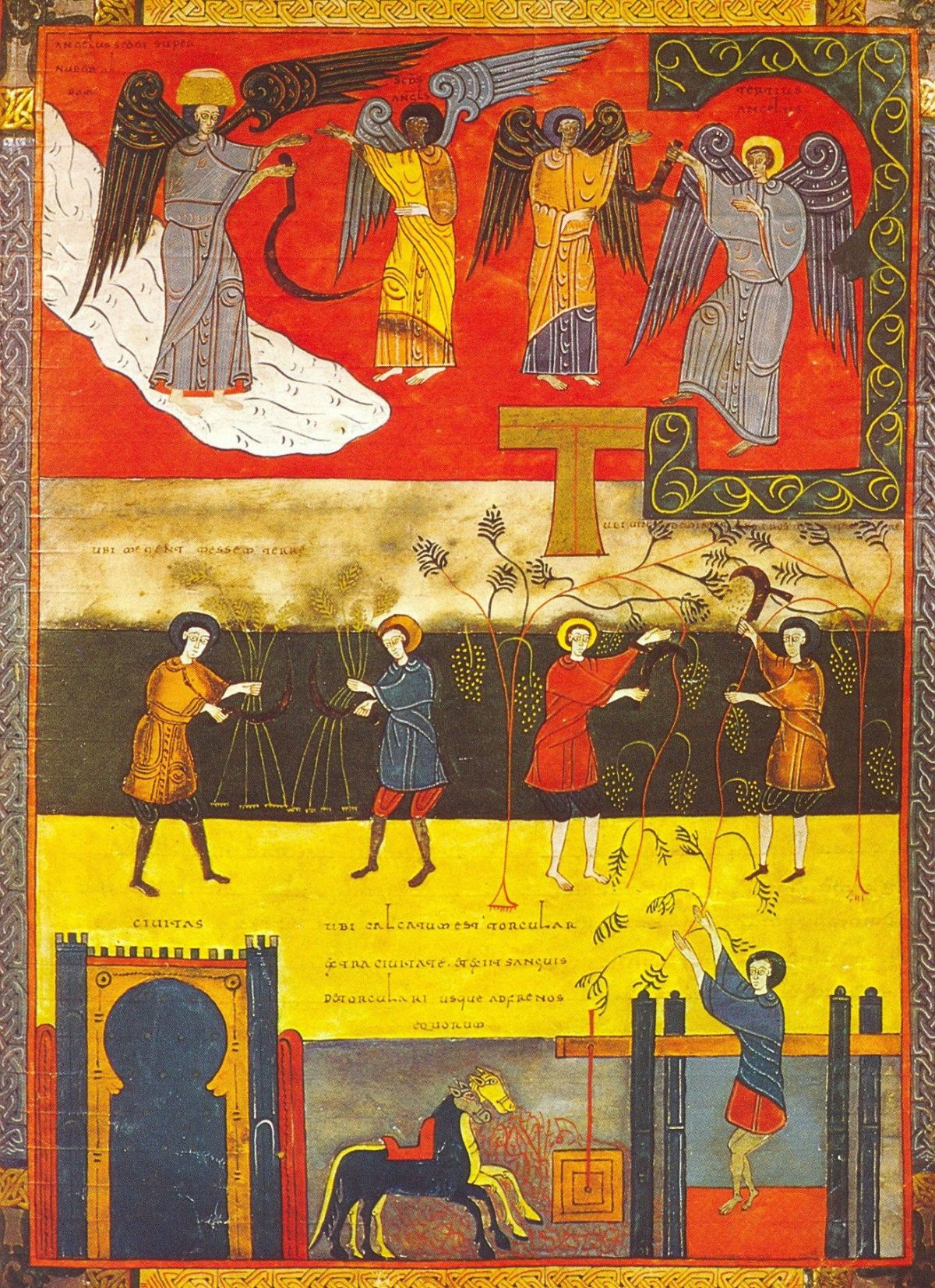 The angels with the sickles. Mowing The vintage of the Earth. The tread of the vine in the winery of the age of God. Revelation, XIV, 14-20. 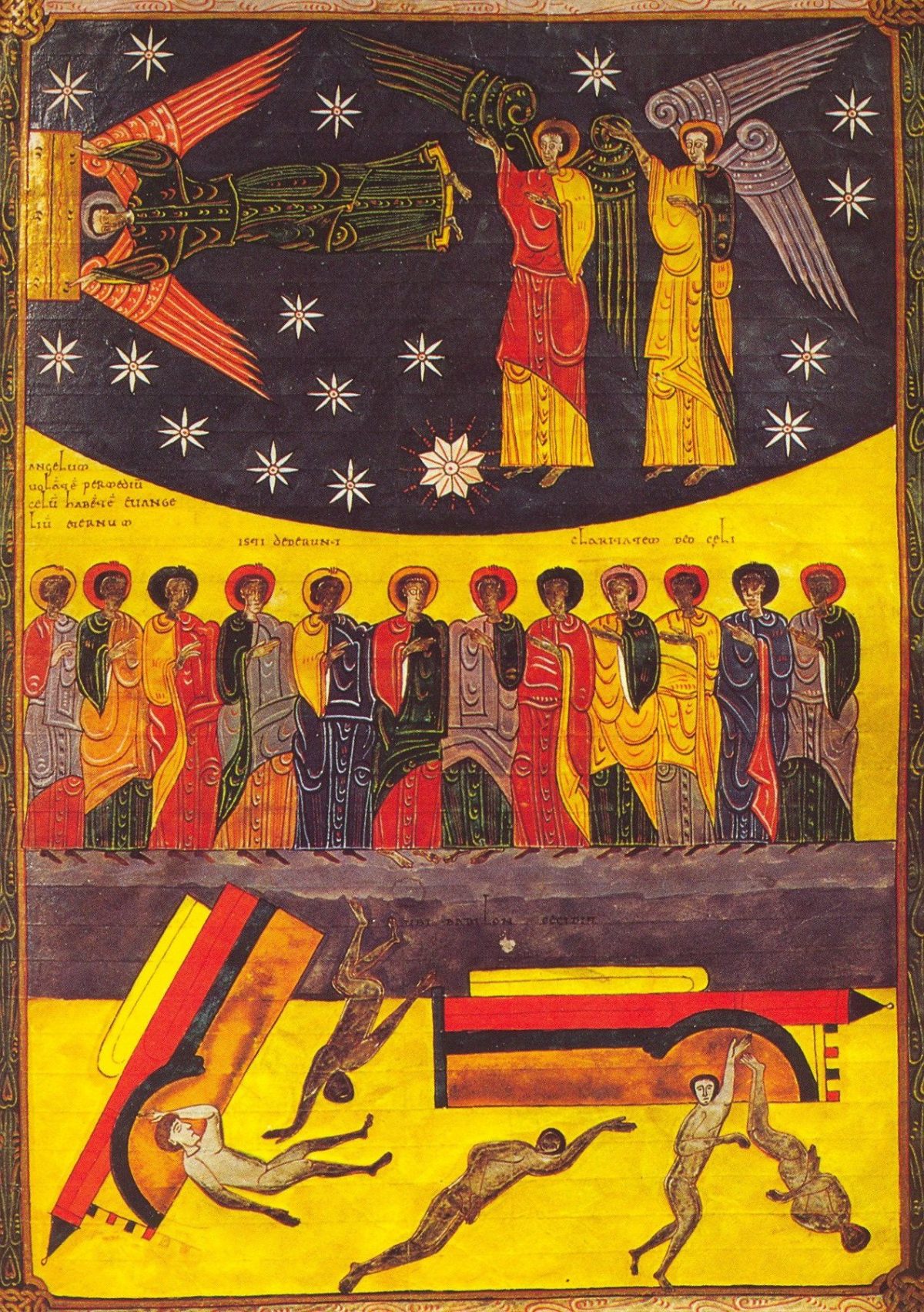 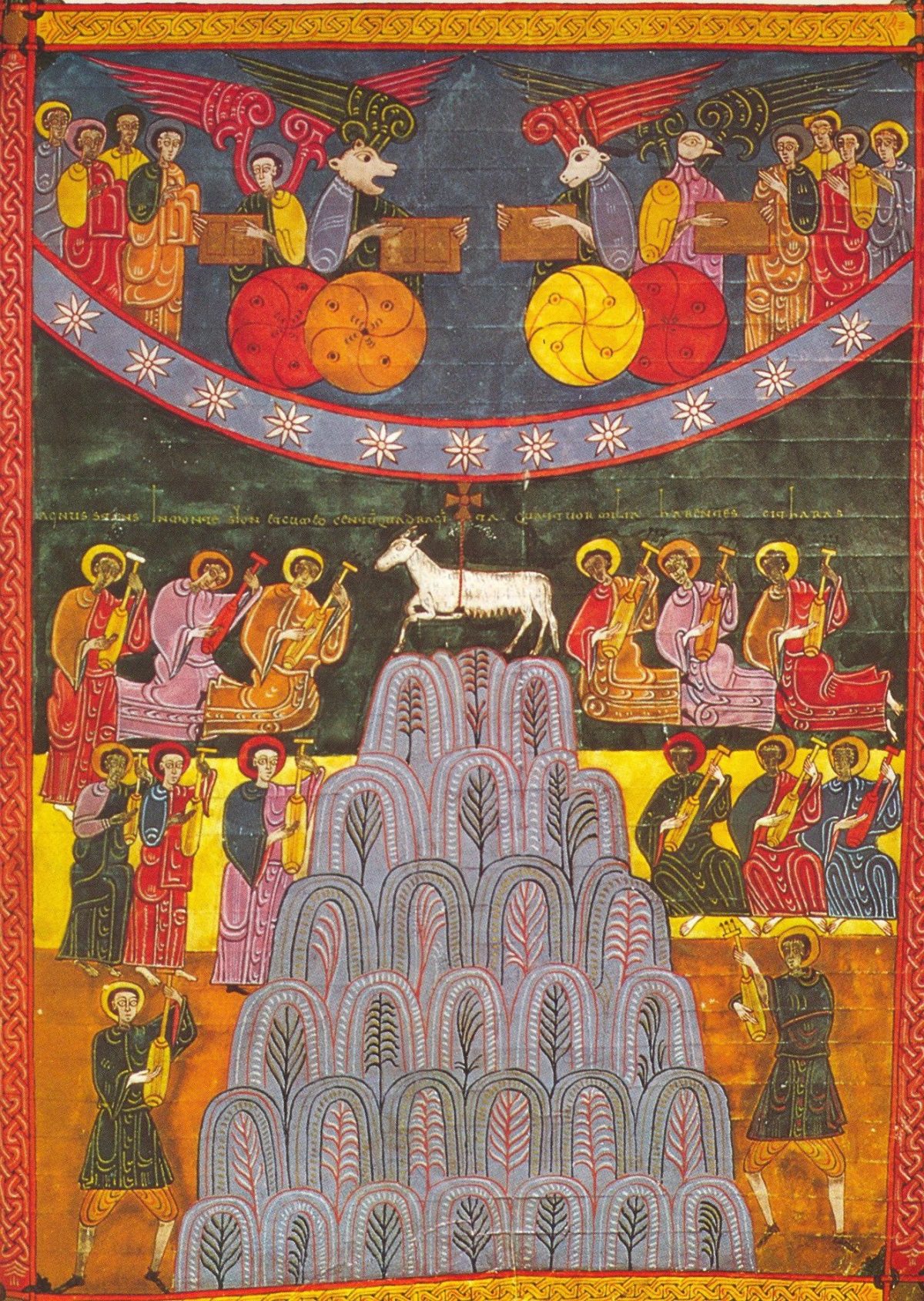 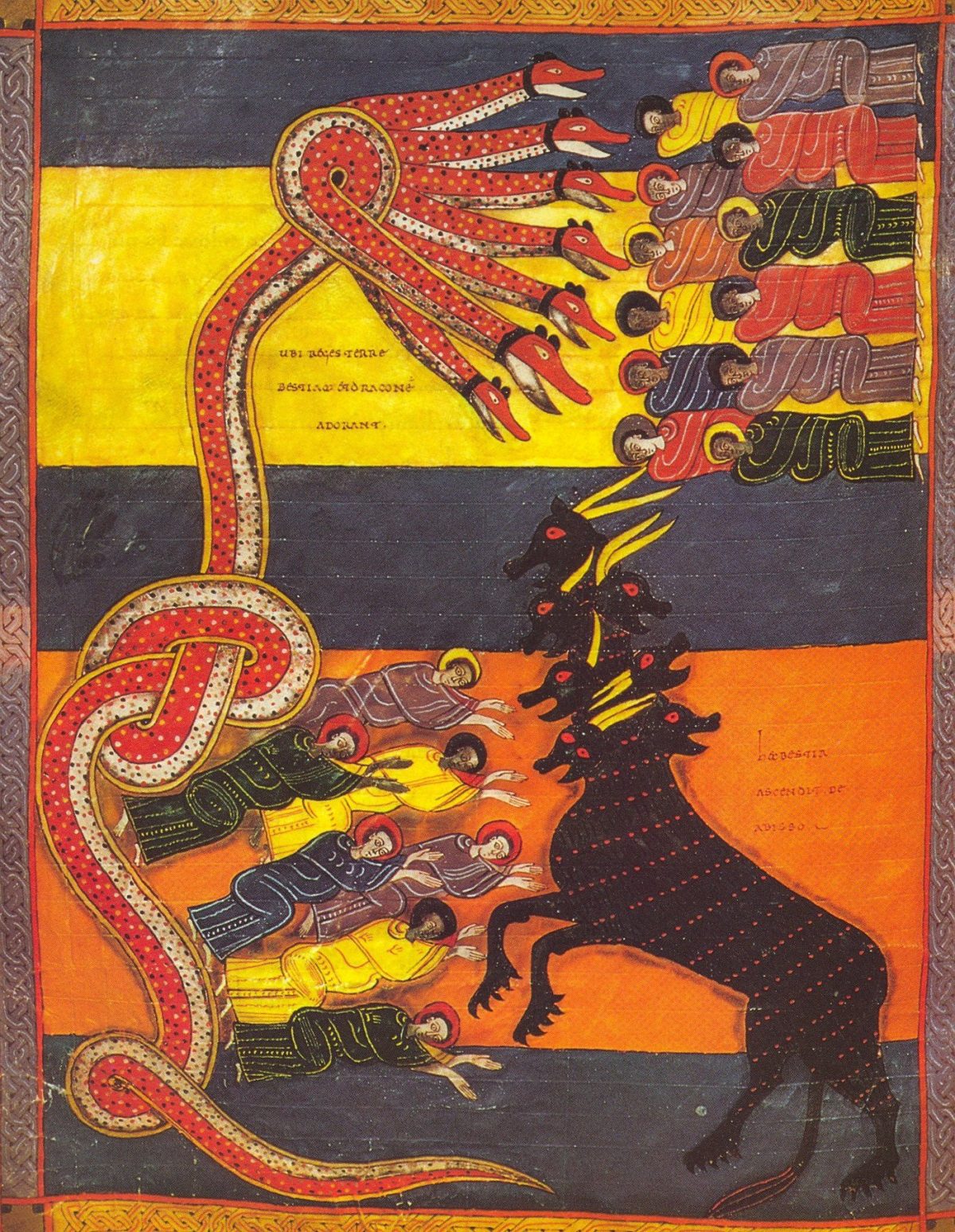 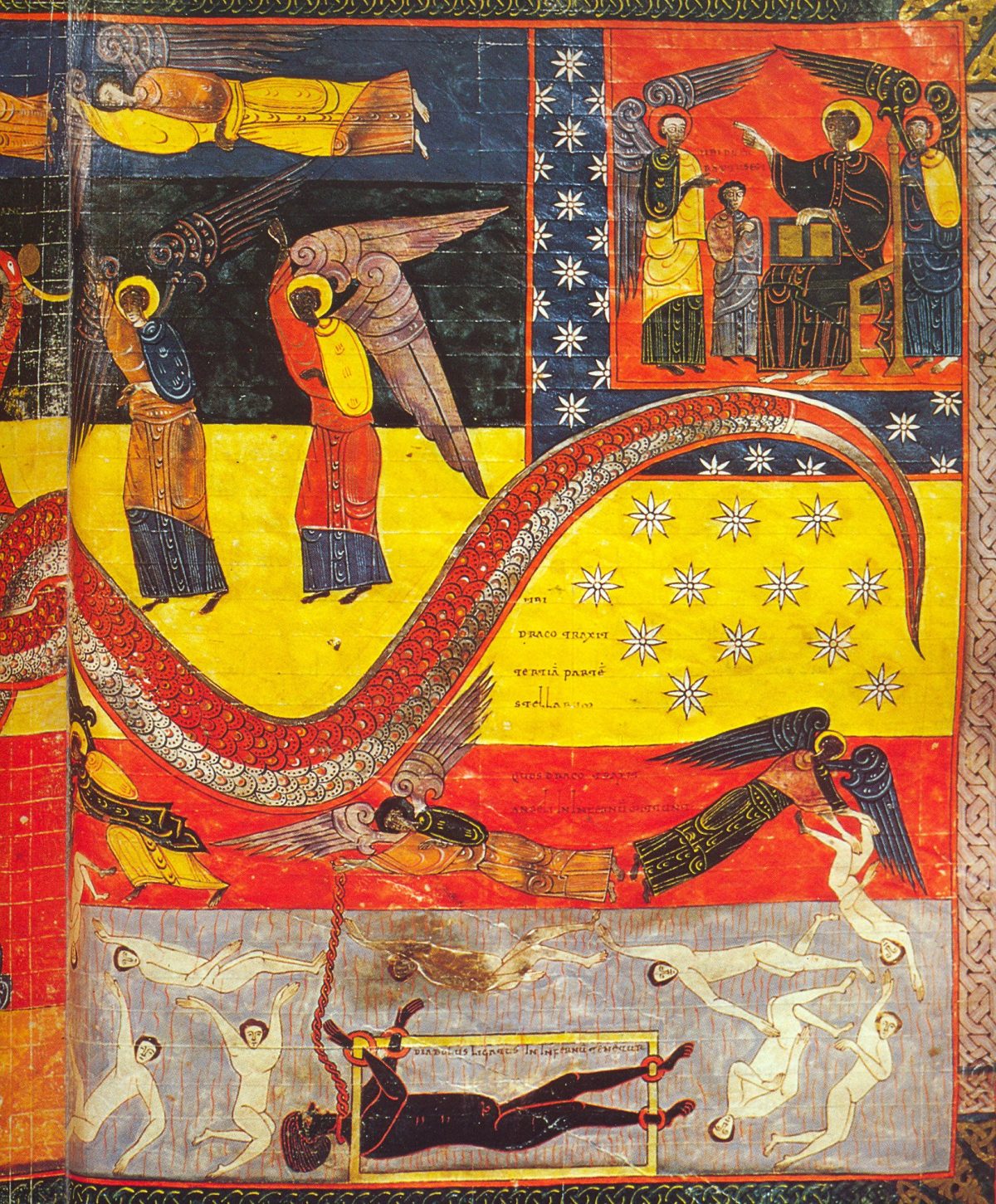 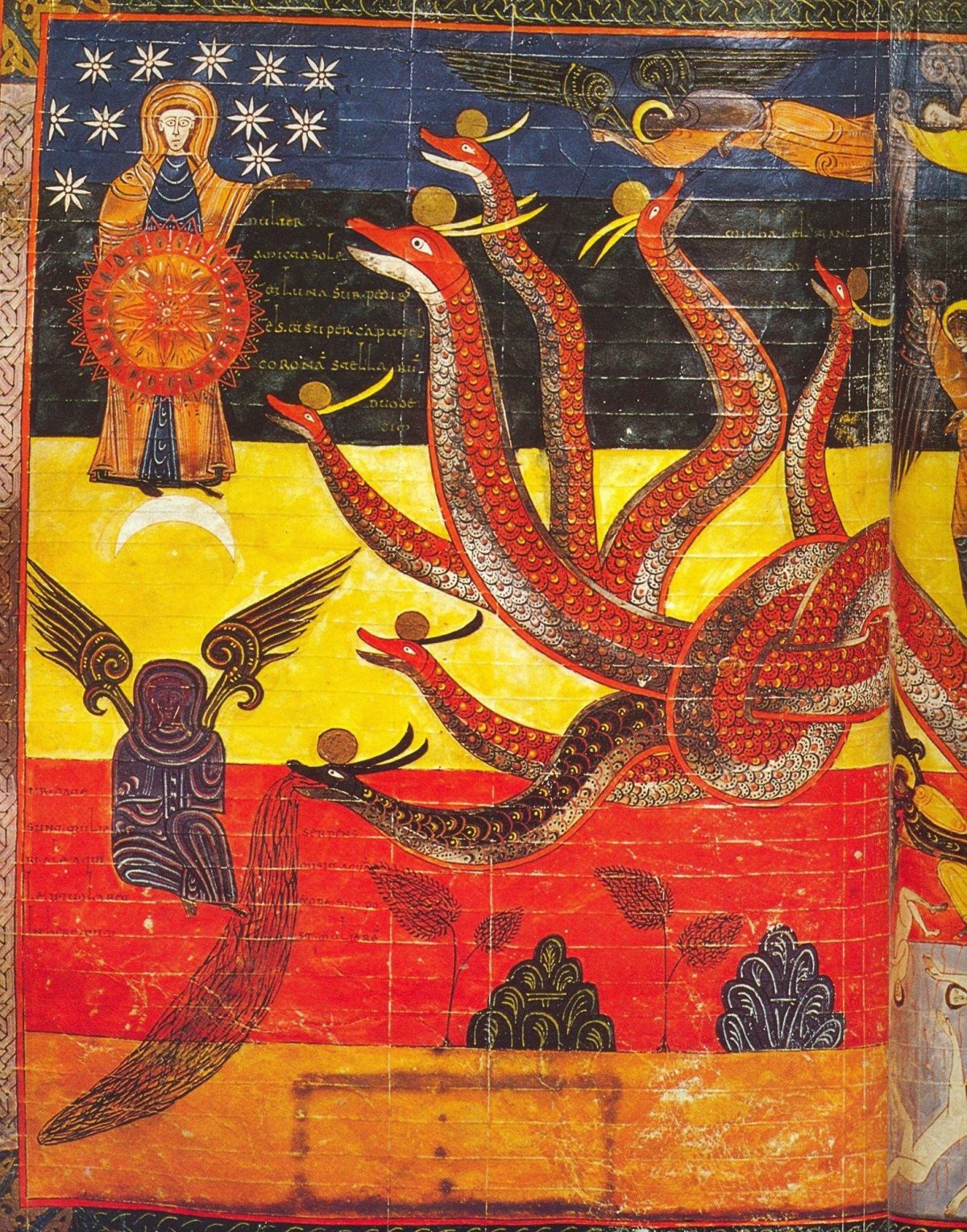 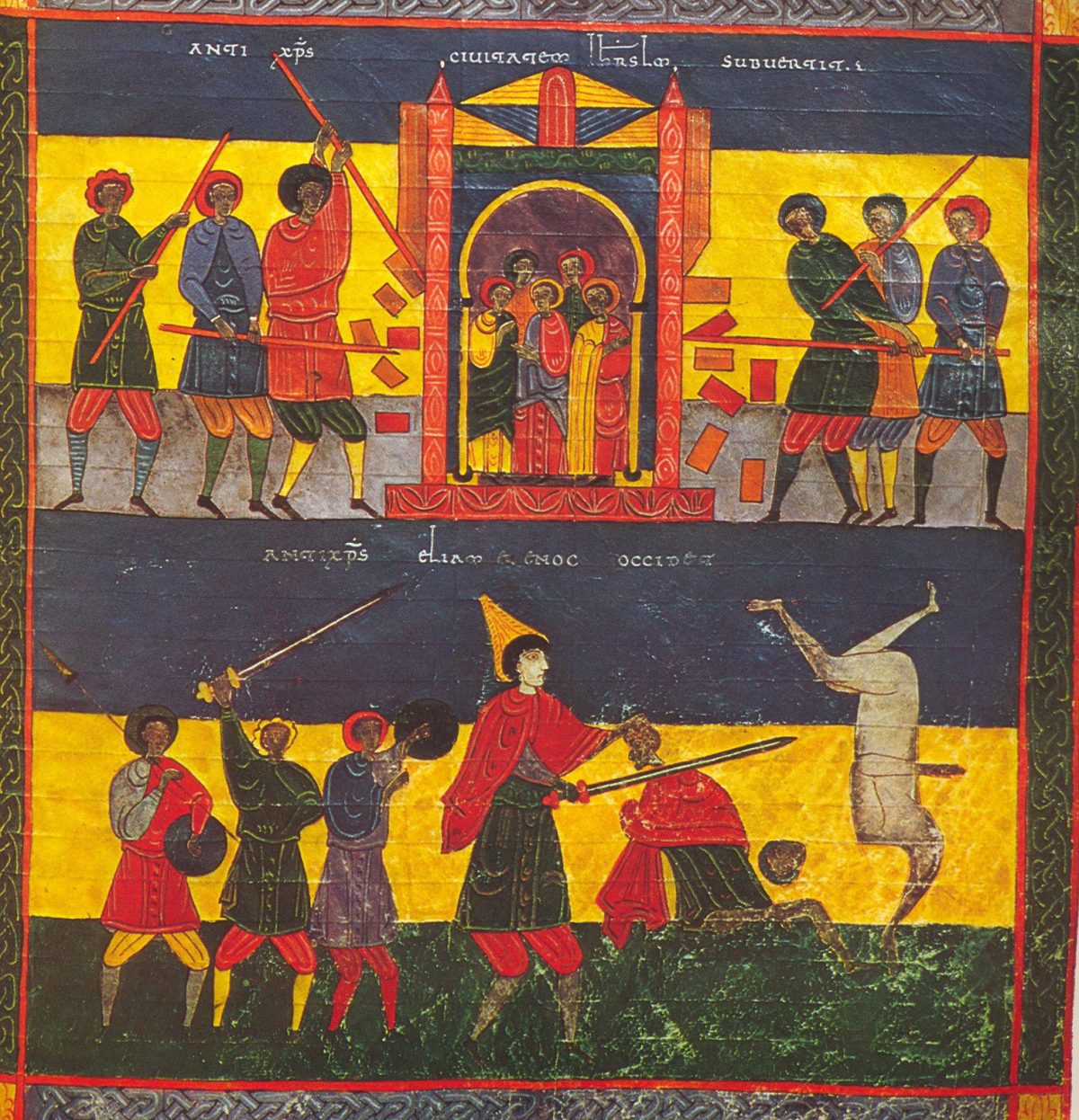 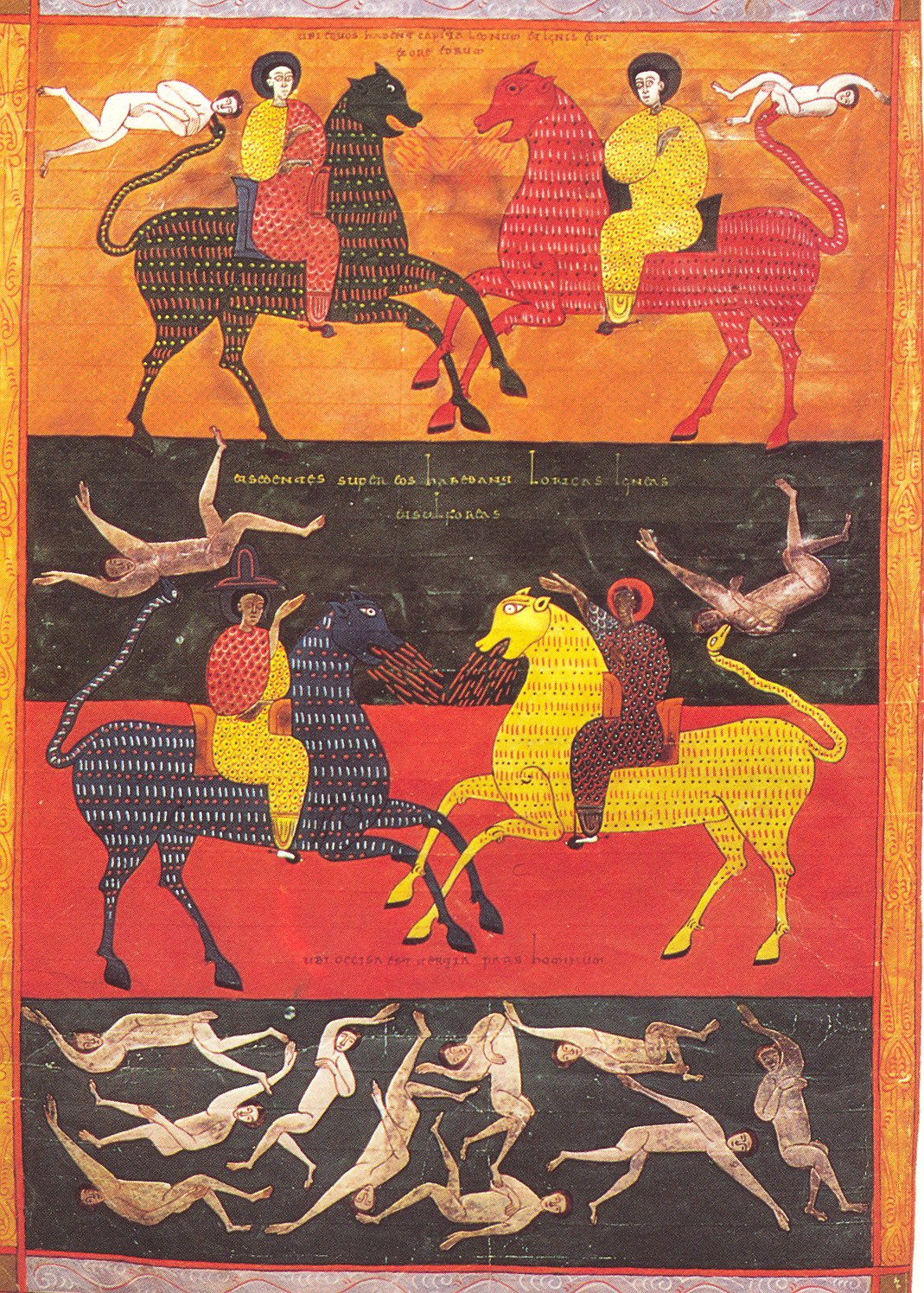 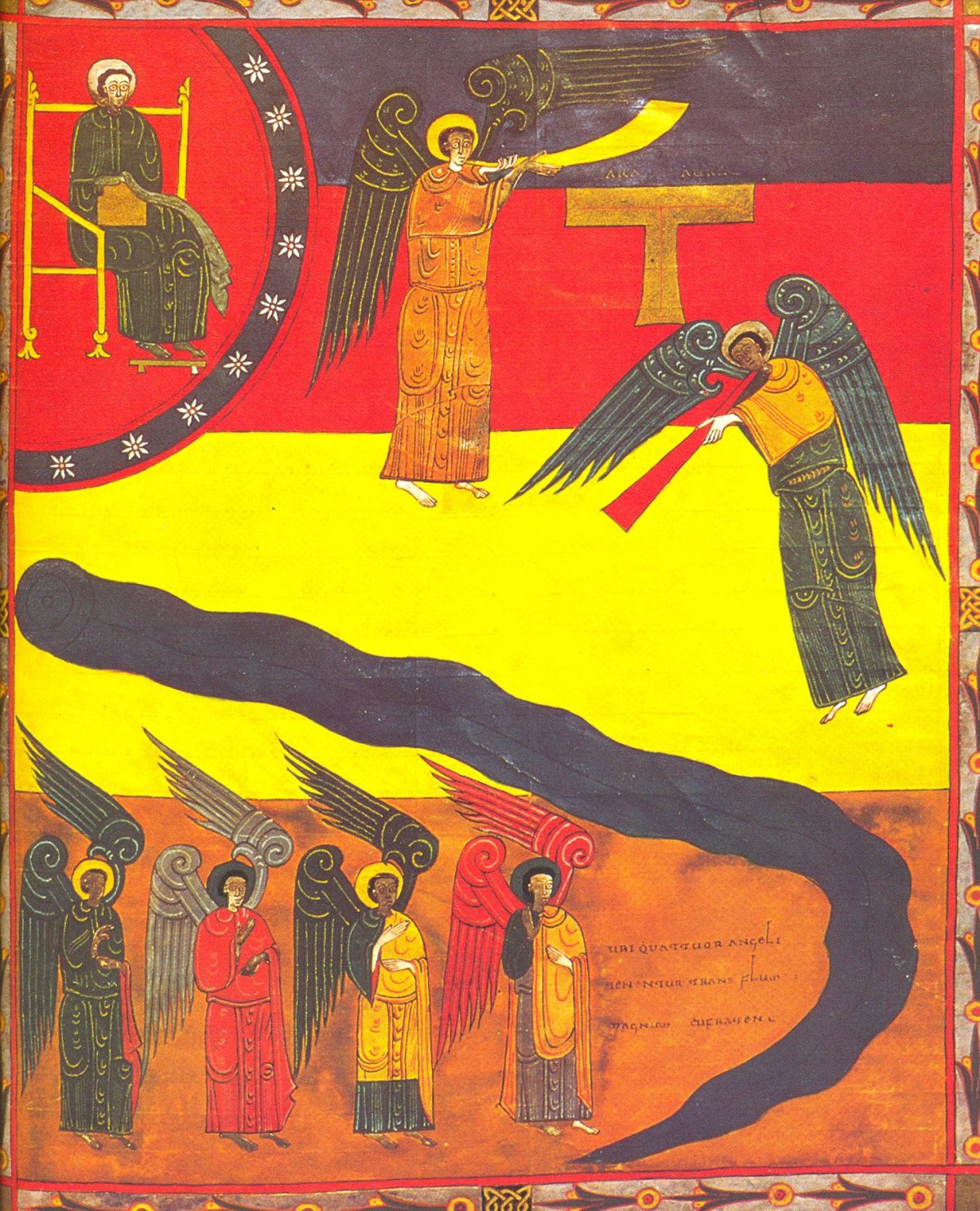 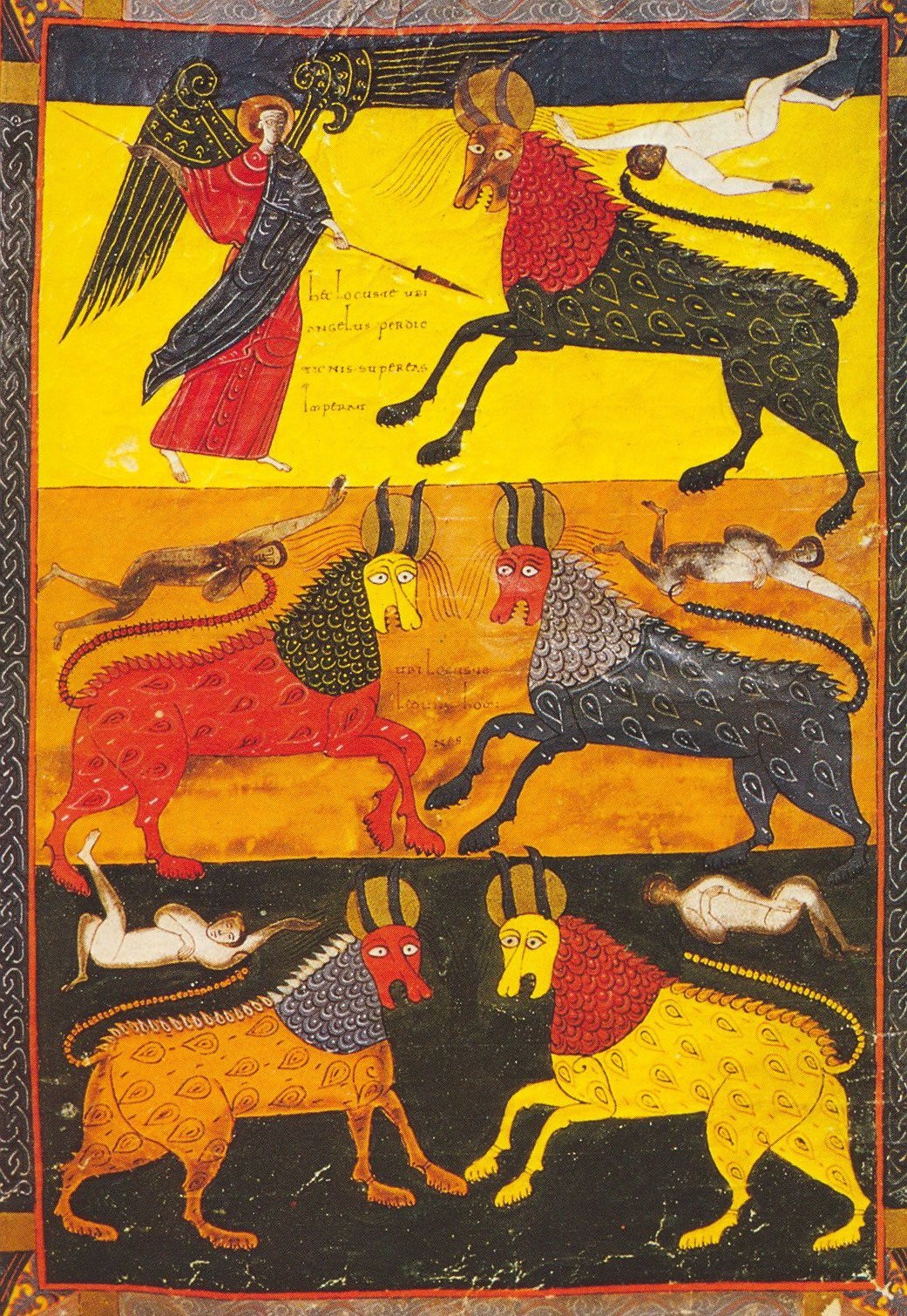 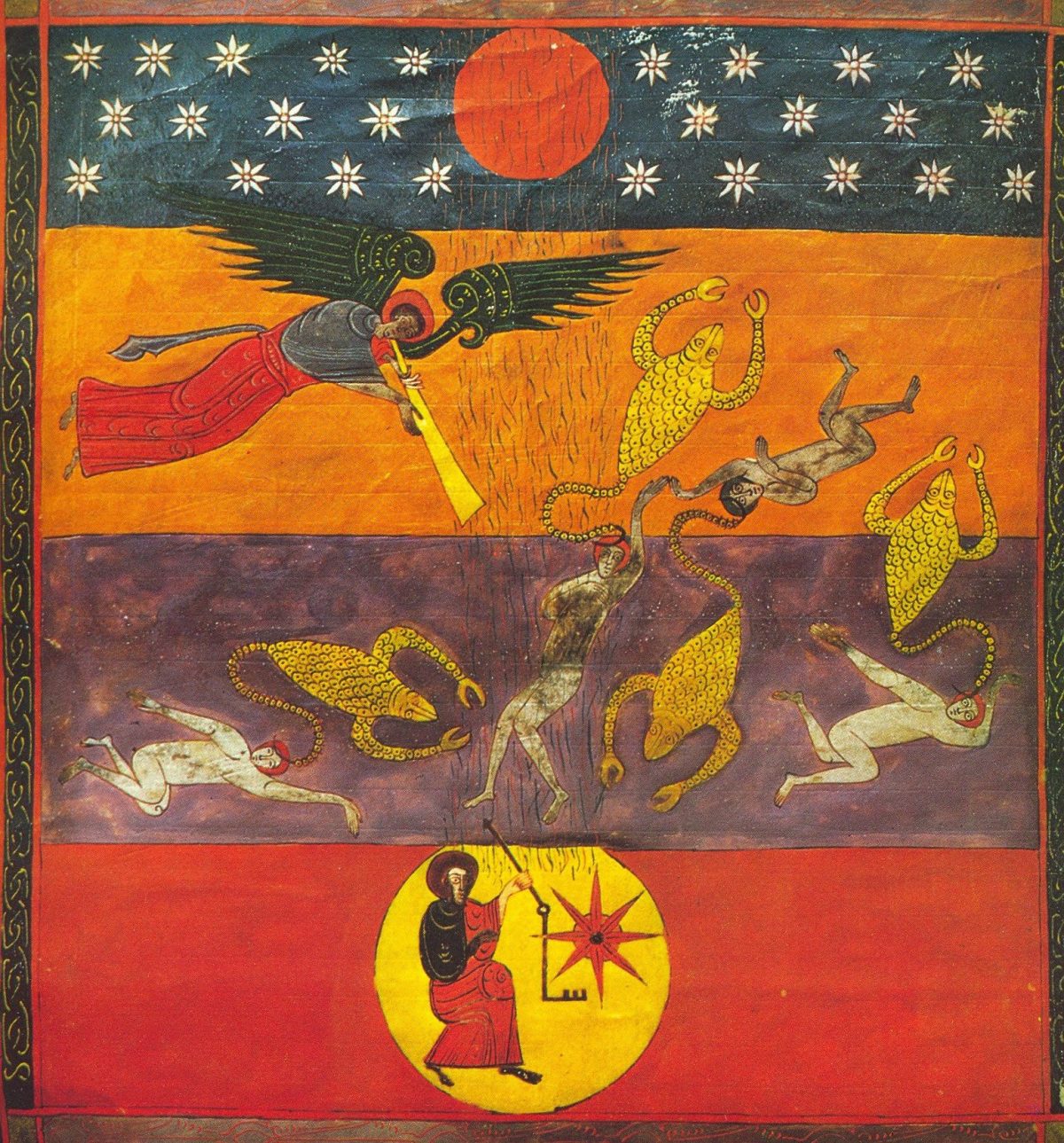 And the fifth Angel sounded the trumpet: and I saw a star fall from heaven upon the earth, and to him was given the key of the bottomless pit (Apoc:9 – V:1-11) – in the Beatus de Facunda 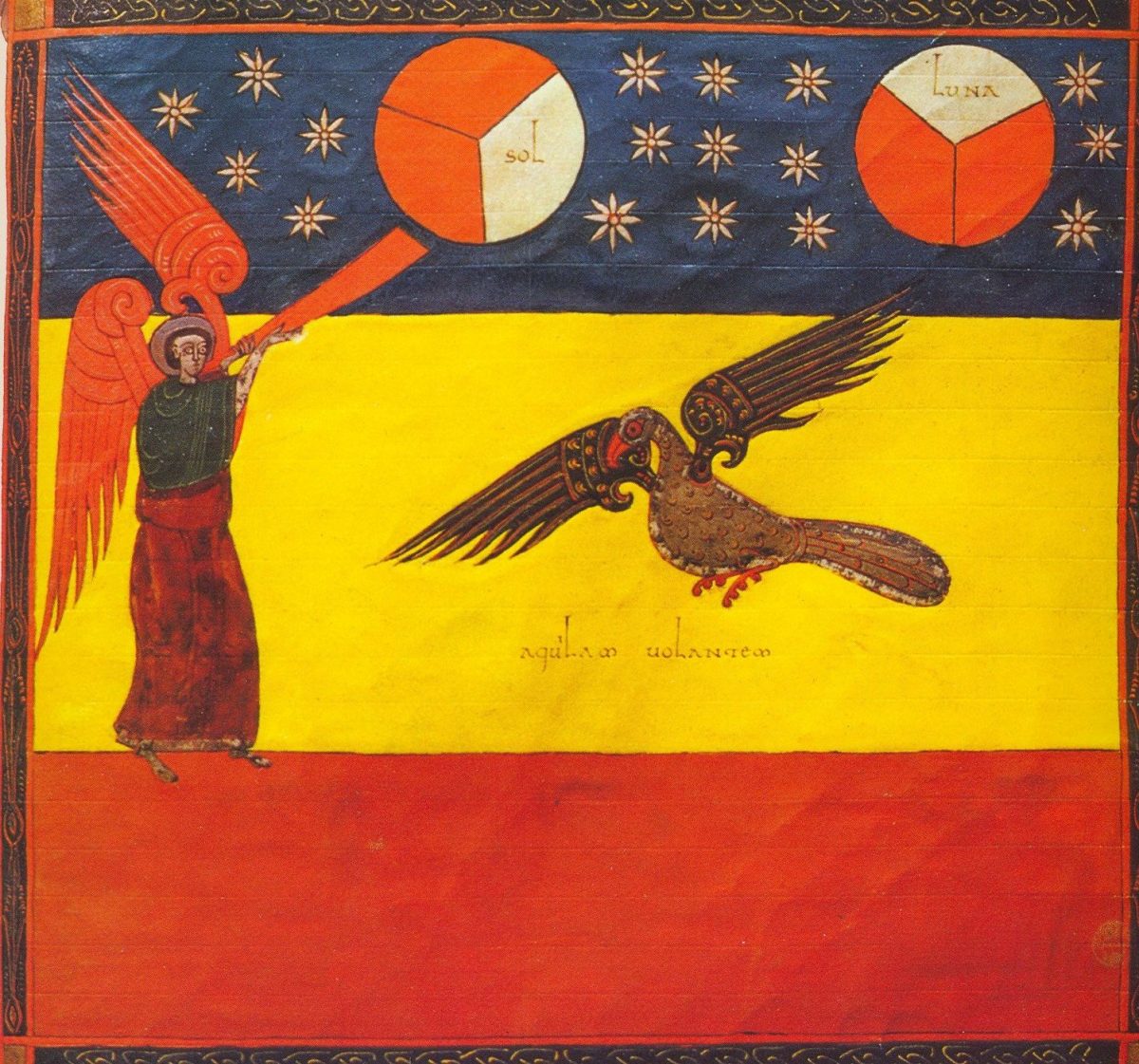 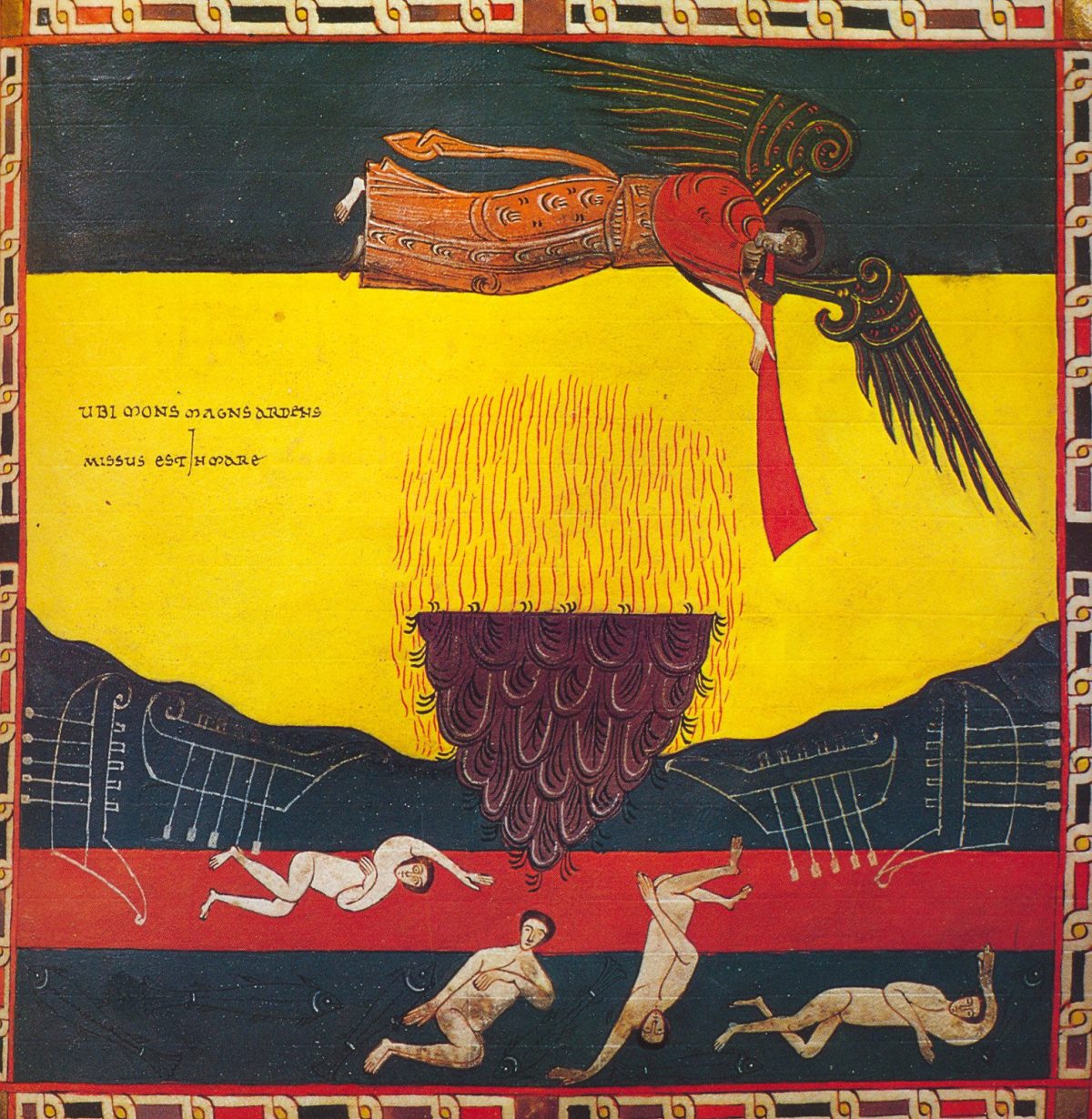 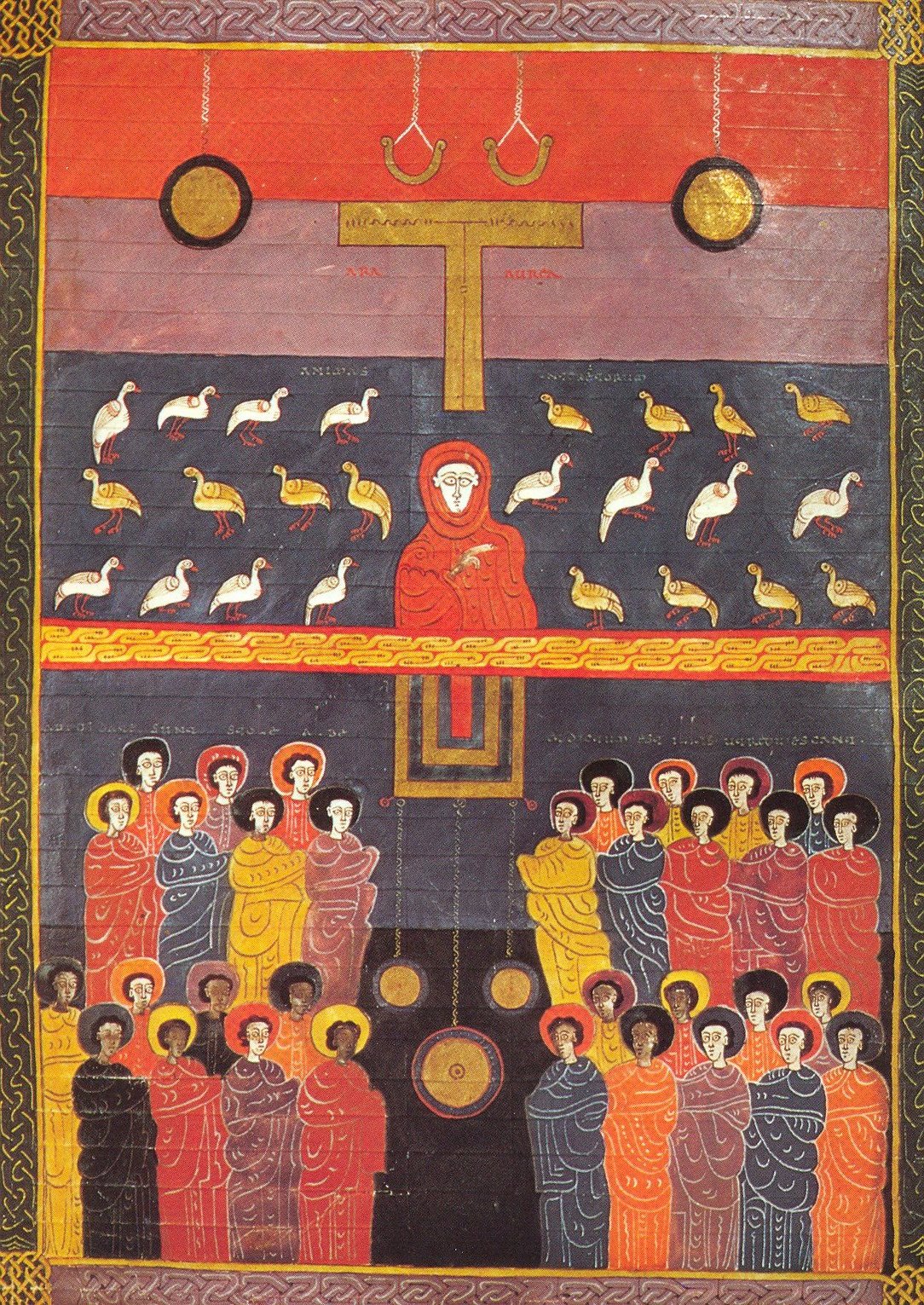 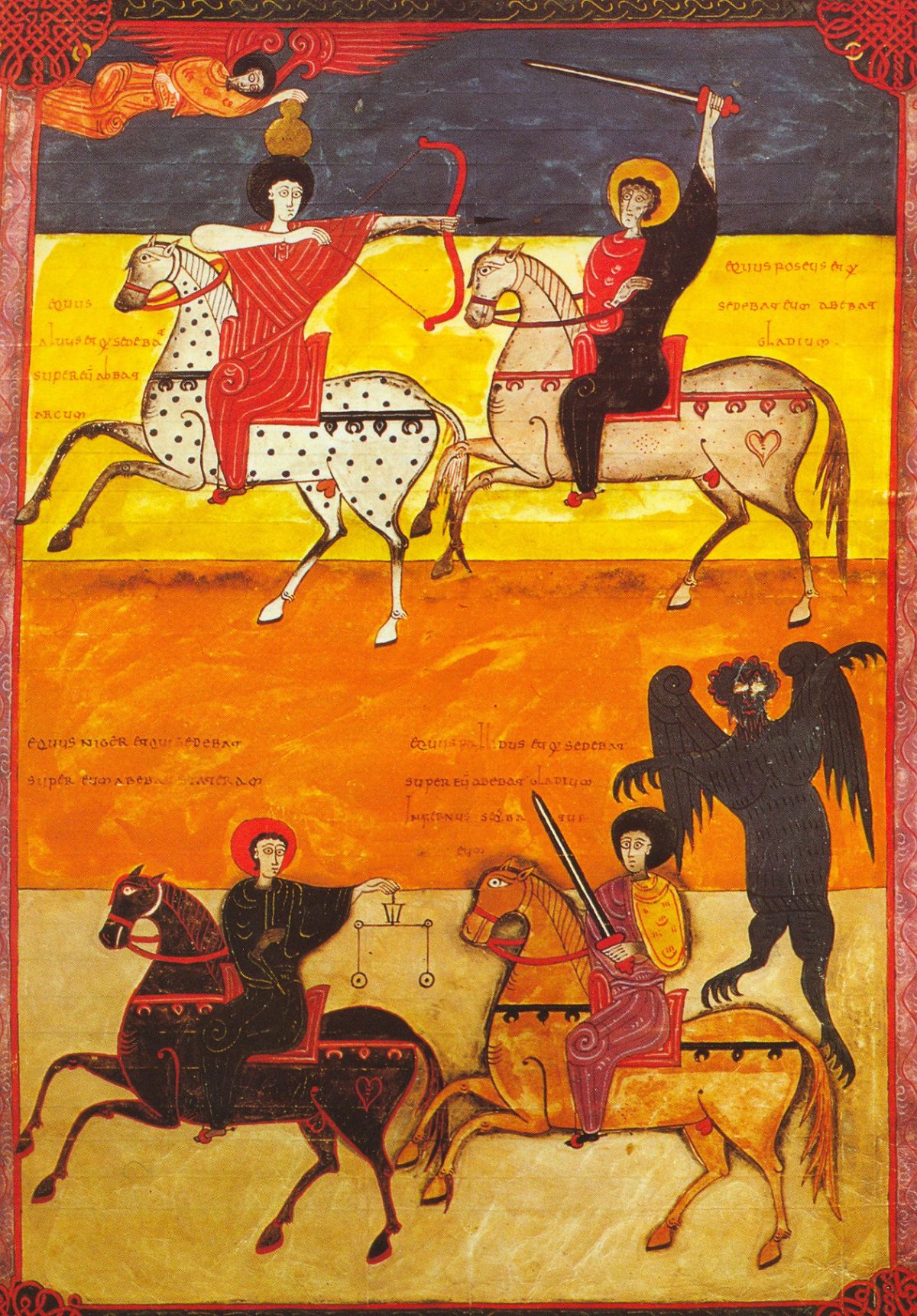 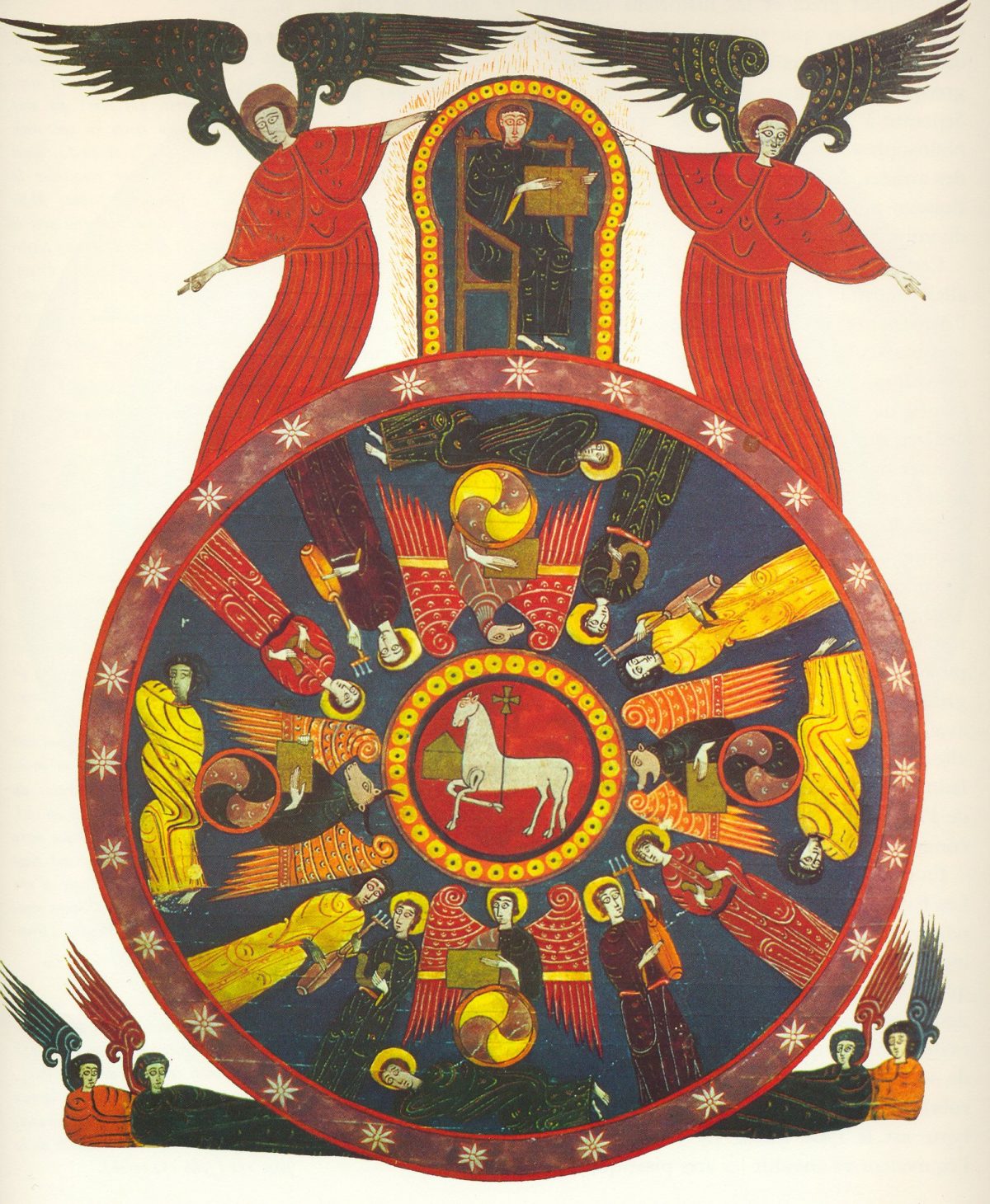 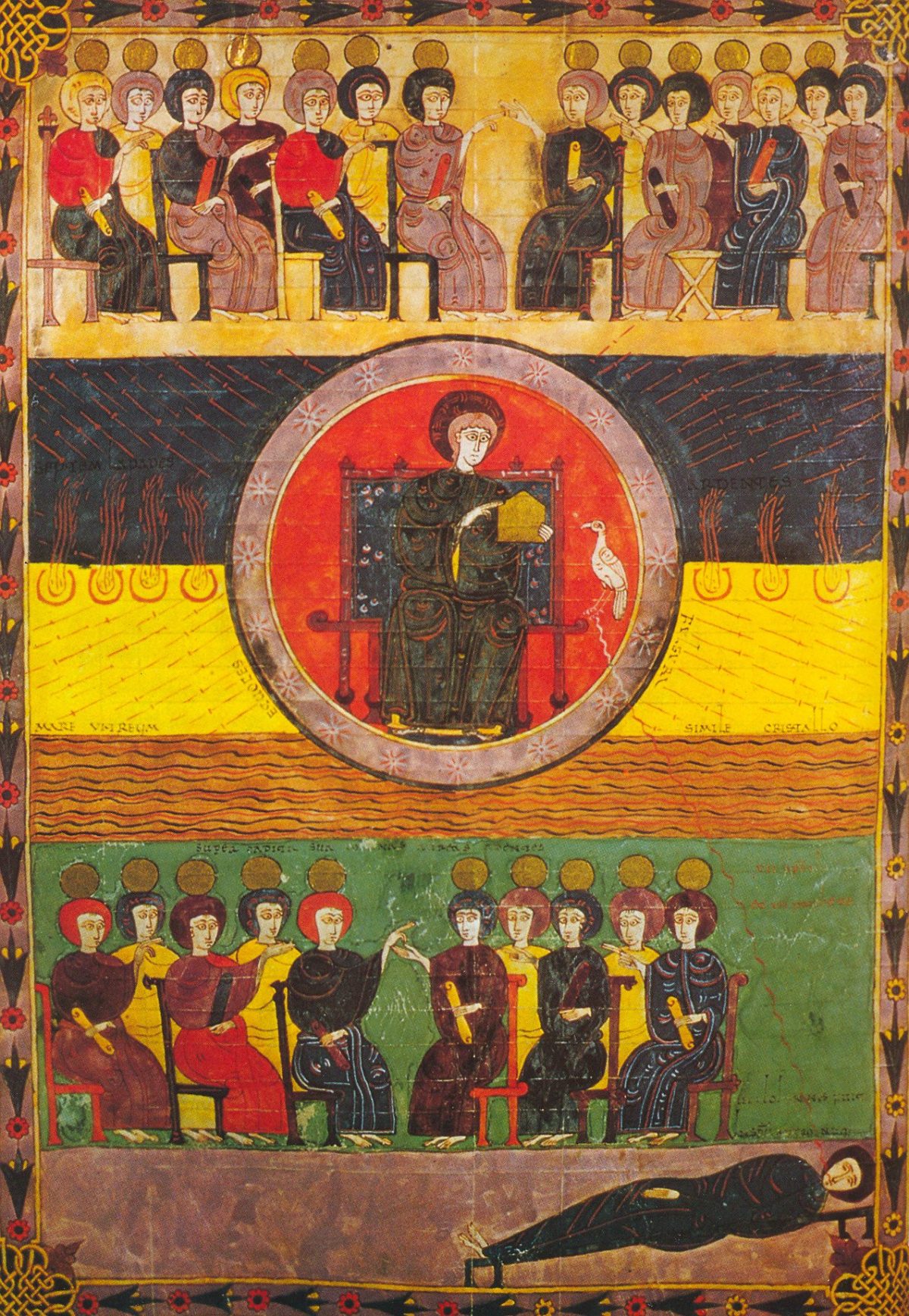