IN 1982, The Who took the corporate coin and sold out to Schlitz. 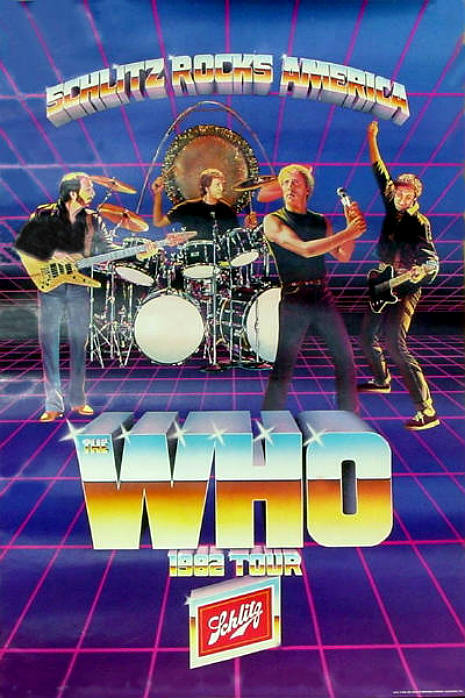 Before the 40-date sponsored tour (The Who scored anything from $1m to $2m to showcasing the fizzy beer-pop, depending on what report you read), came the advert: 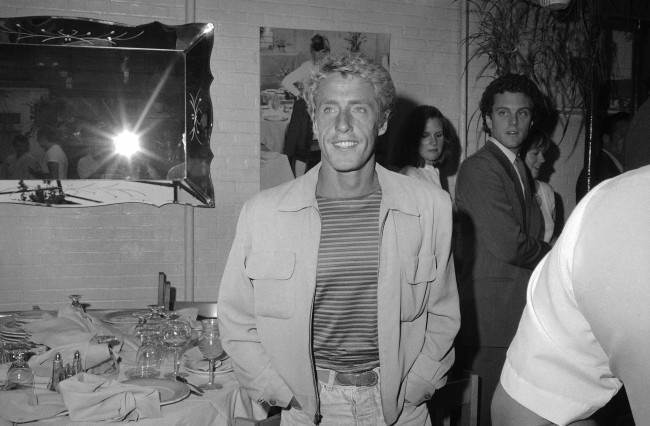 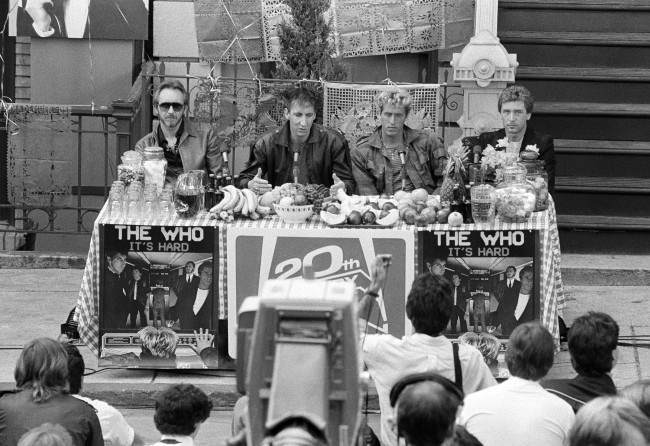 Members of the Who are shown during a news conference in New York, Oct. 29, 1989. From left: John Entwistle, Peter Townshend, Roger Daltrey, and Kenney Jones. 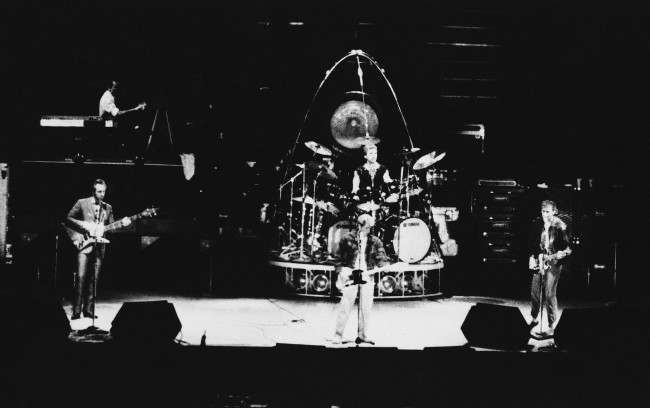 The Who, on its farewell tour of the United States, performs its final Phoenix-area concert at Sun Devil Stadium in Tempe, Ariz., Sunday, Nov. 1, 1982. 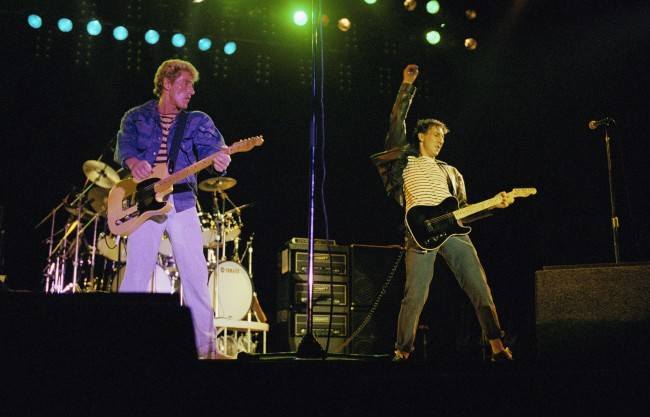 Roger Daltrey watches as Peter Townshend, right, use a windmill motion to strum his guitar during The Who concert in the Seattle Kingdome on Wednesday, Oct. 21, 1982. 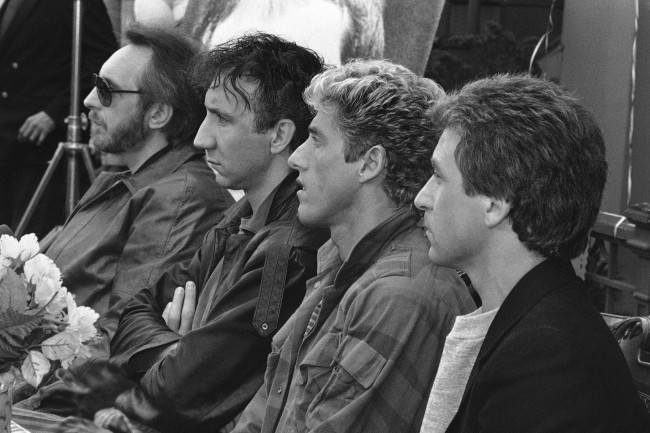 Members of ‘The Who rock group listen to questions at news conference in Los Angeles. Friday, Oct. 29, 1982 before start of their concert at the Los Angeles Coliseum. From left are John Entwistle, Peter Townshend, Roger Daltrey and Kenney Jones. The Who are currently on a 32 city, 34 concert tour of North American. 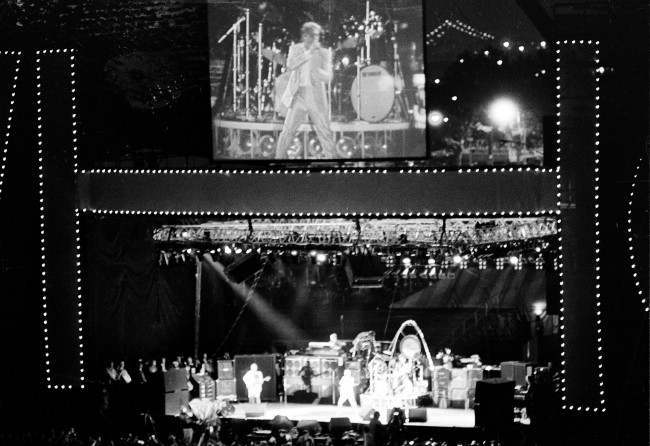 Roger Daltrey, lead singer of the British rock group The Who, appears on a giant video screen in the outfield of Shea Stadium in New York, October13, 1982, as the band tours for the last time in America. 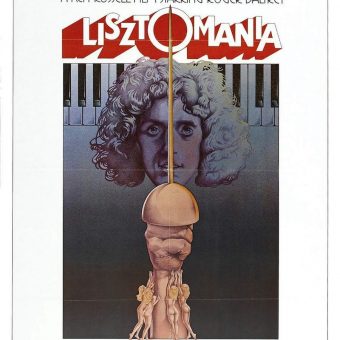