It’s the Fall of 1989 in America, and, from the looks of things, television has gone to hell. It would be a good while before Netflix and cable would breathe new life into the medium (via Mad Men, Breaking Bad, Game of Thrones, True Detective, The Sopranos, etc.). With precious few exceptions, the TV lineup is an undifferentiated heap of garbage. Let’s have a look at the coming attractions for Fall of ’89 and see for yourself… 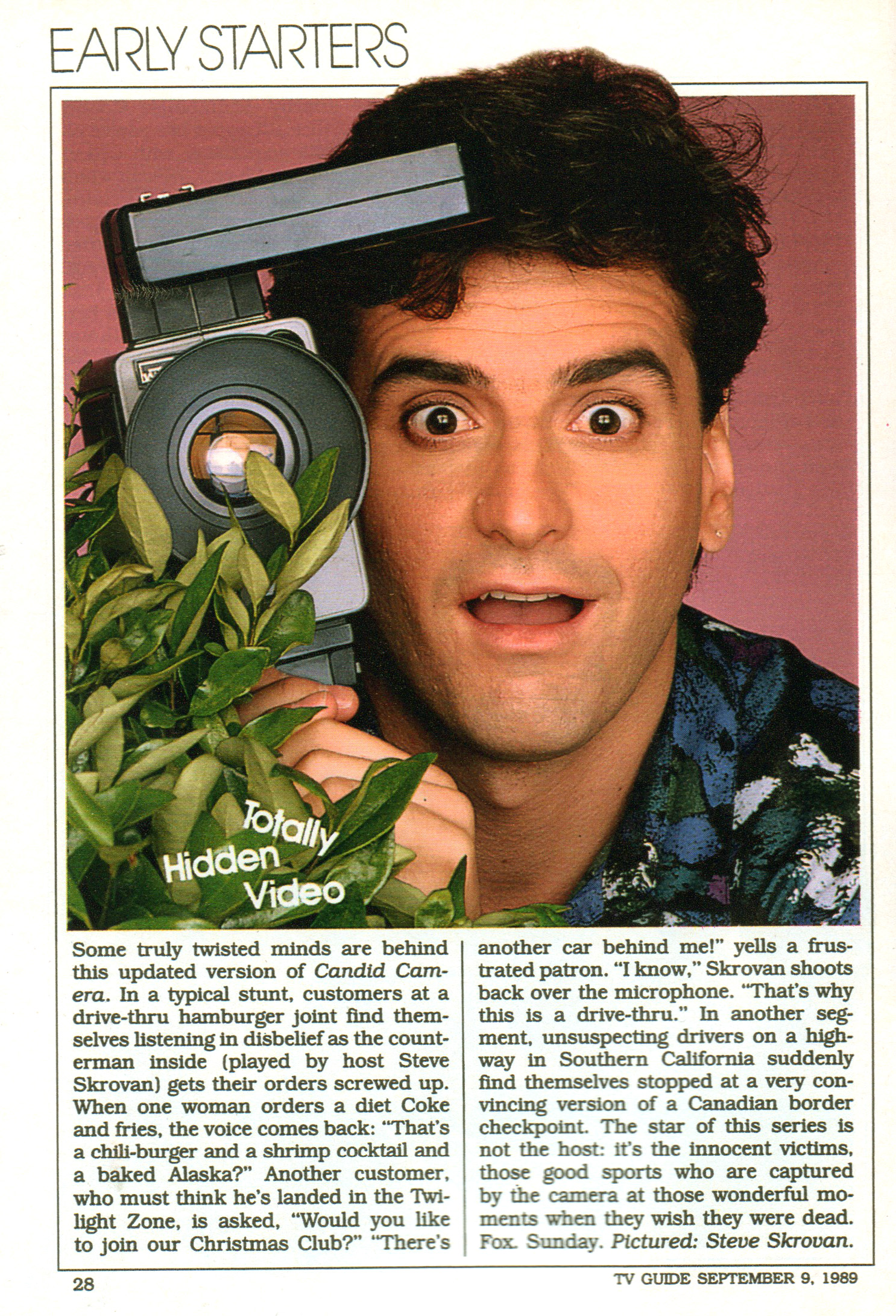 Basically a rip-off of Candid Camera, but without the charm… and without my favorite pervert, Alan Funt. 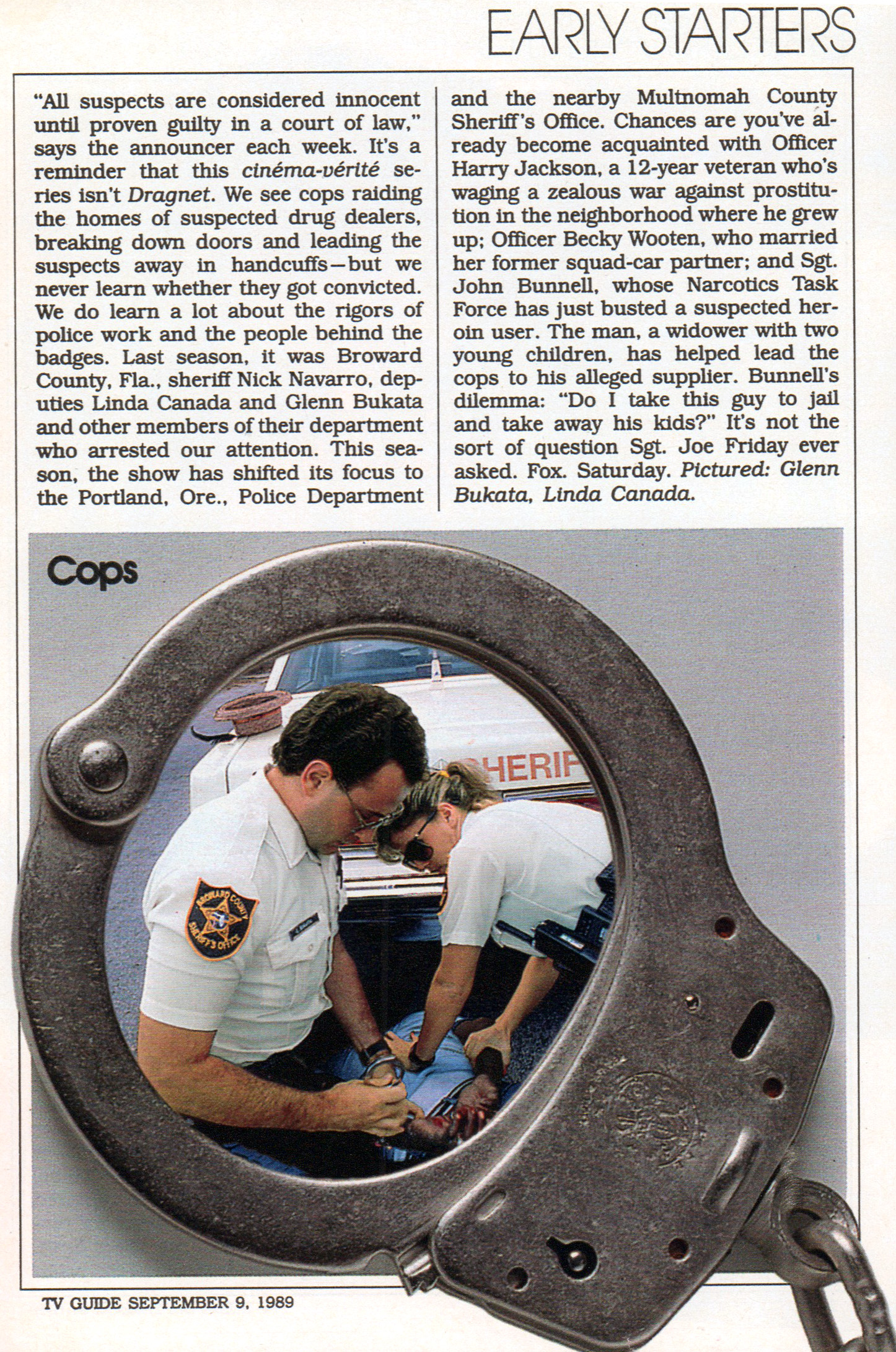 Yes, this is where COPS began, and I believe it’s still kickin’ today. The novelty of seeing dirty crackheads getting chased by out-of-shape officers just never gets old. 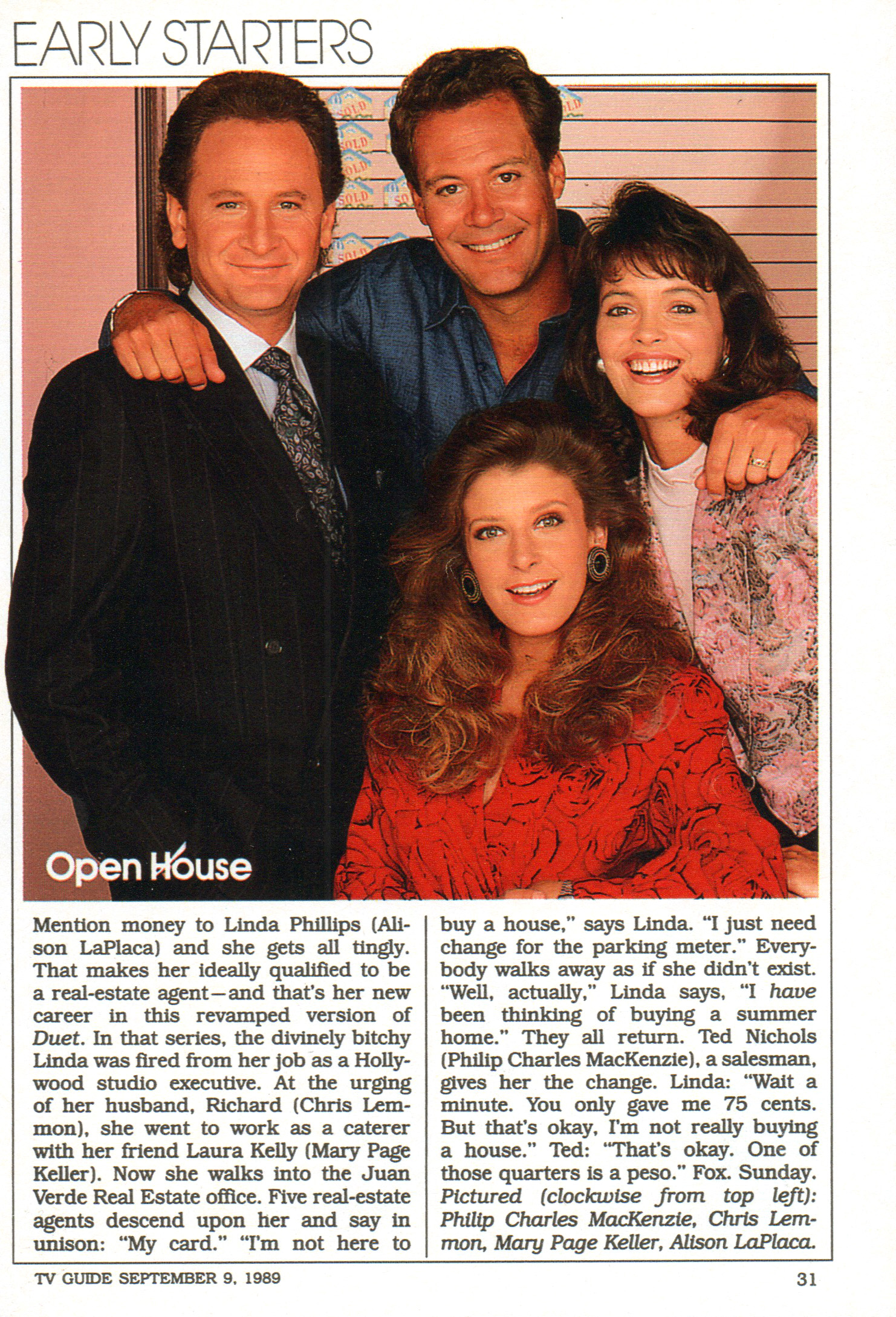 I’d forgotten about this drivel. Apparently, it was a revamp of an equally awful sitcom, Duet. Say what you will about the preachy Norman Lear sitcoms of the seventies, they at least had substance. 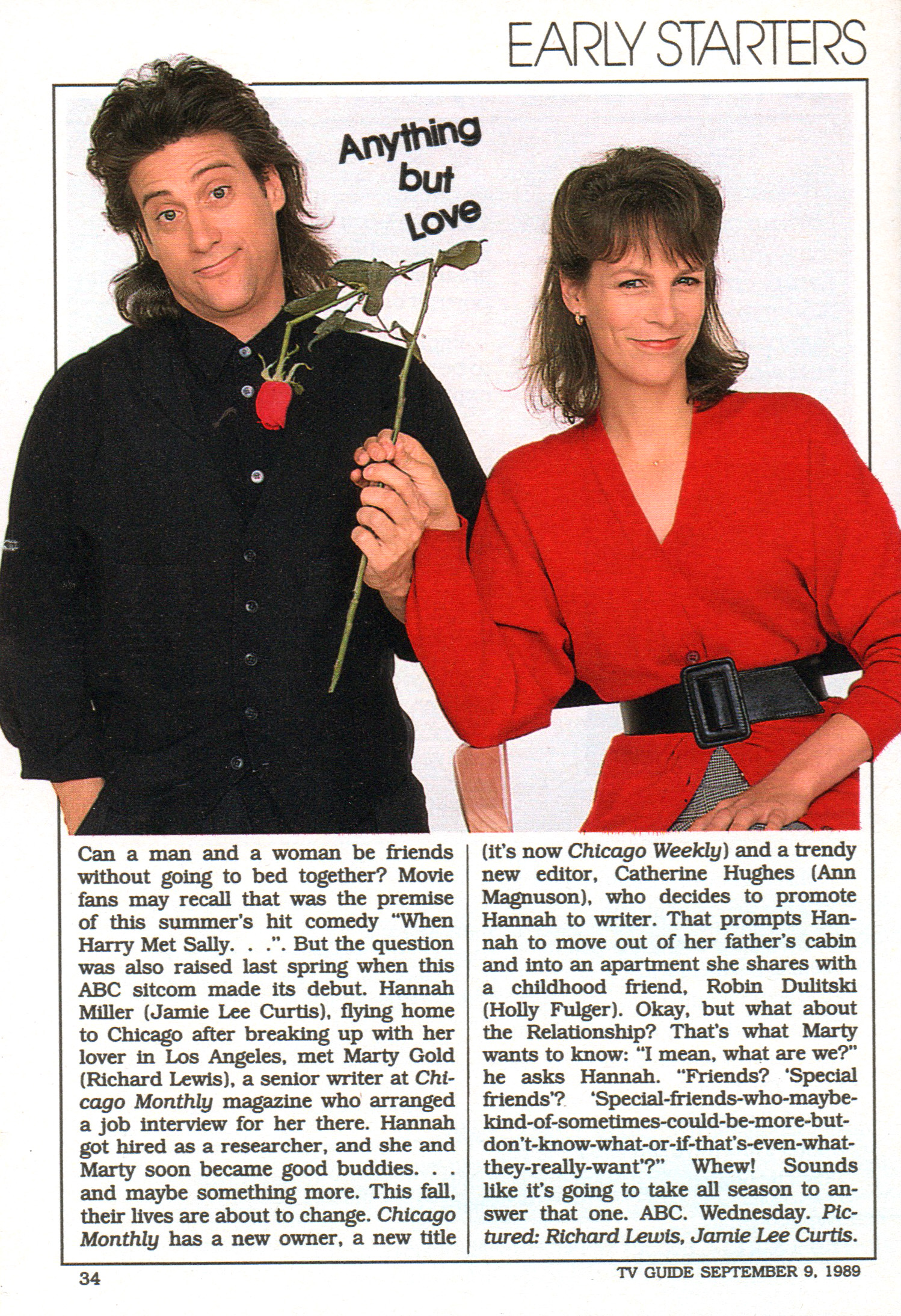 Yeesh. I actually watched this stuff. What was wrong with me? Surely there was something better to do than watch Anything but Love? I had friends, I was in college, I lived in Southern California…. yet, there I sat, watching this garbage. Go figure. 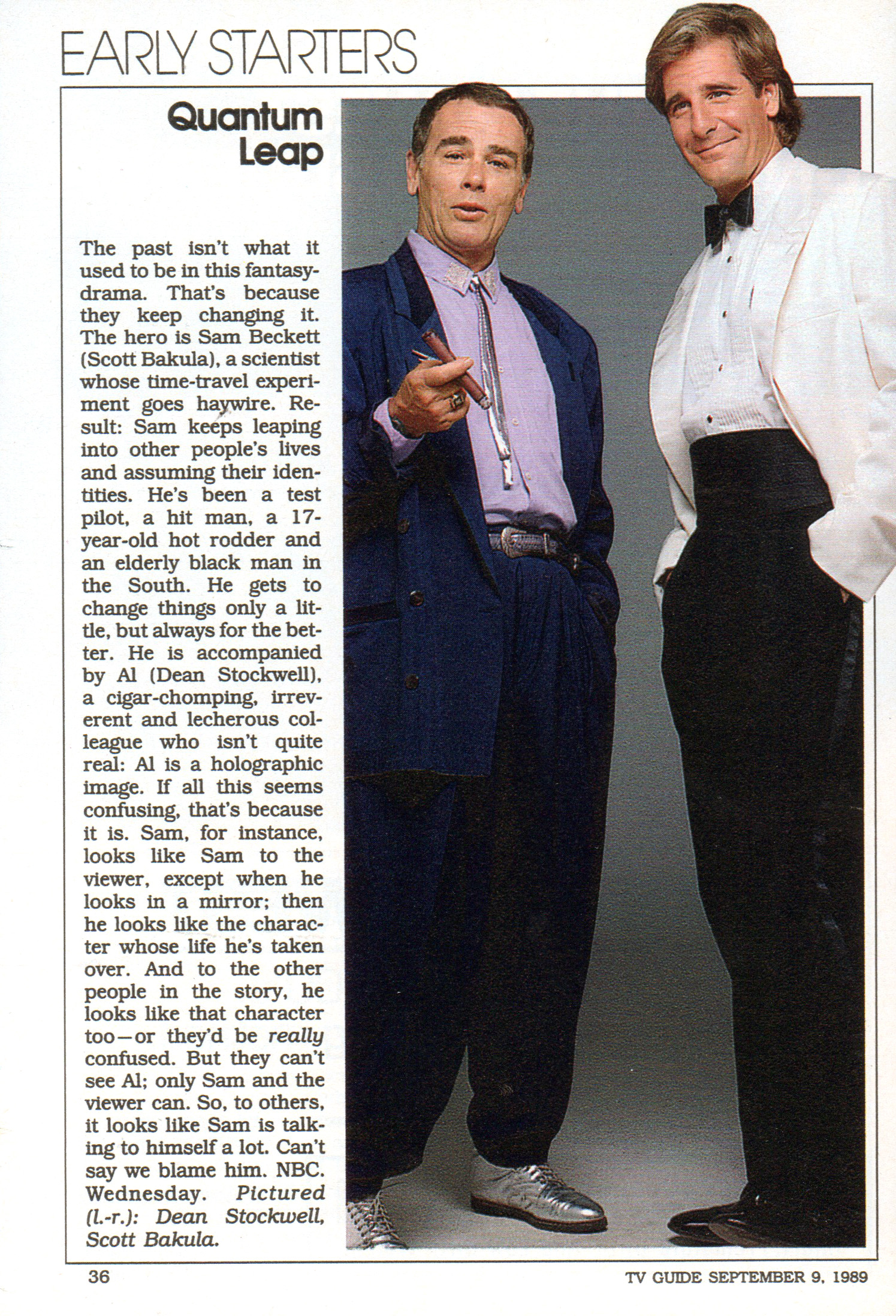 I completely understand why people like this show; however, I just was never able to get into it. It wasn’t for lack of trying; it just didn’t do it for me. But I concede it was a quality program. 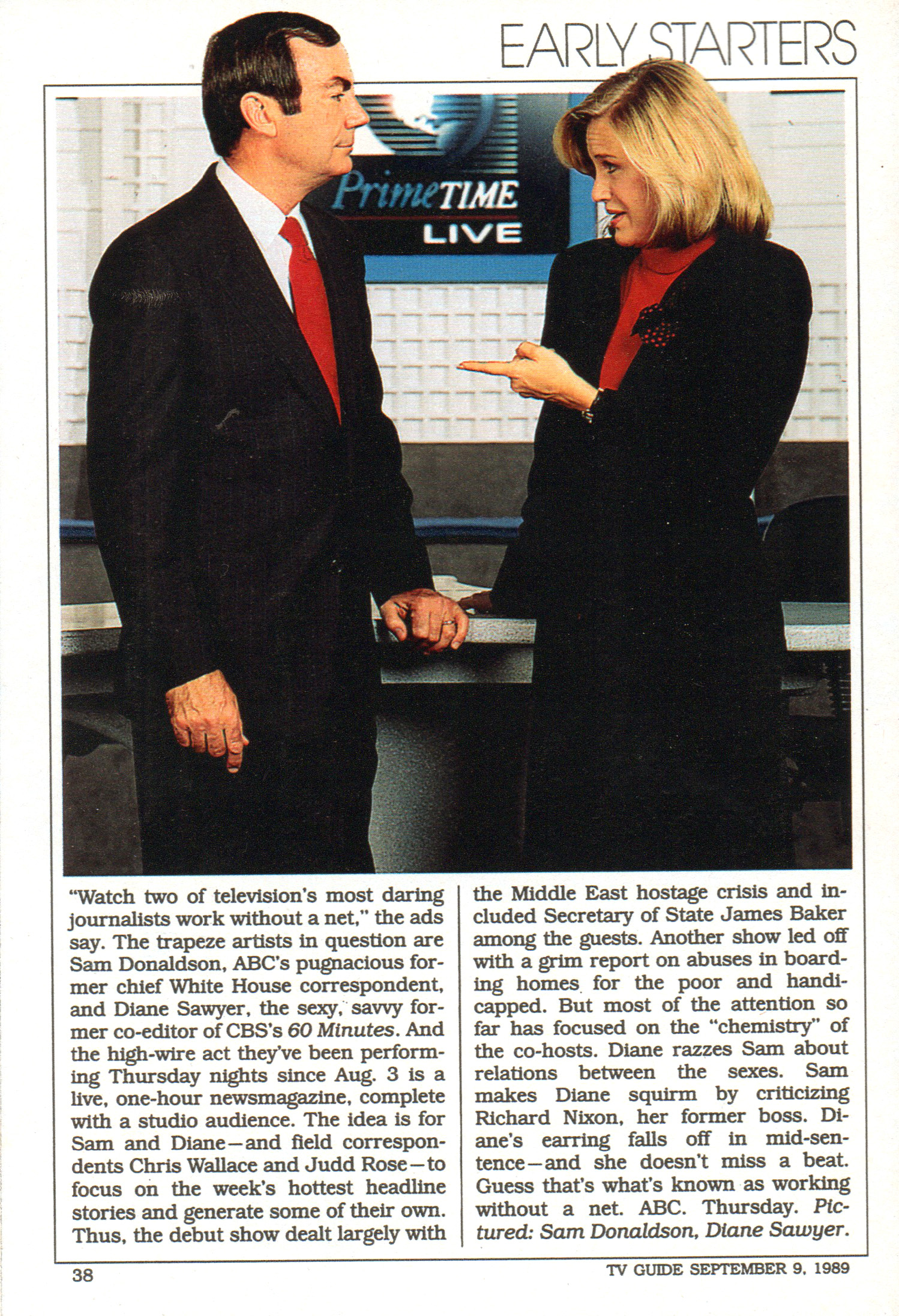 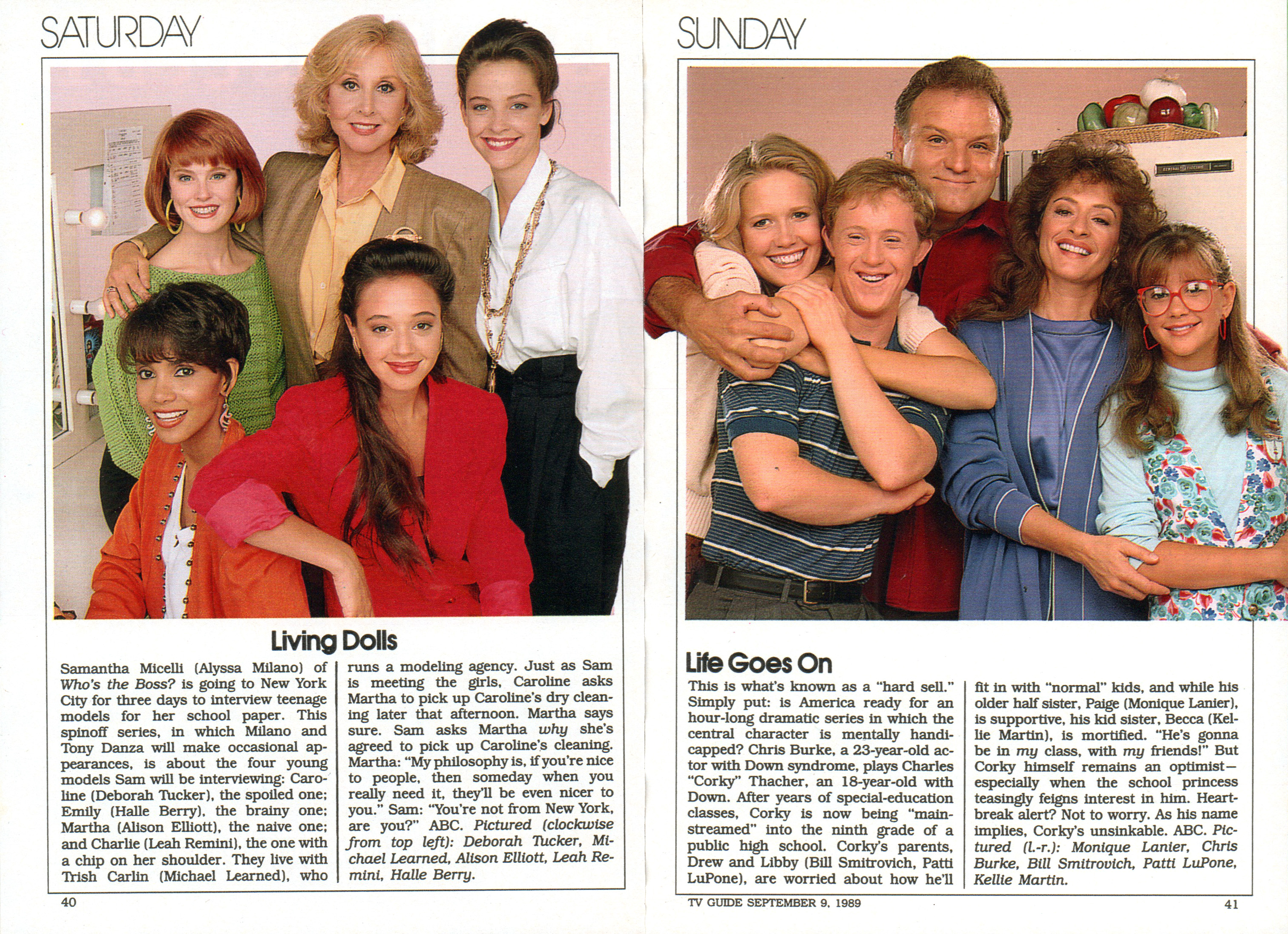 Living Dolls – Funny, I don’t remember there being a spinoff of Who’s the Boss…  and it starred Halle Berry.

Life Goes On – Who doesn’t love the affable Corky Romano, the Down’s Syndrome kid who brings such wisdom and joy to his family and high school classmates?…. Me, that’s who. 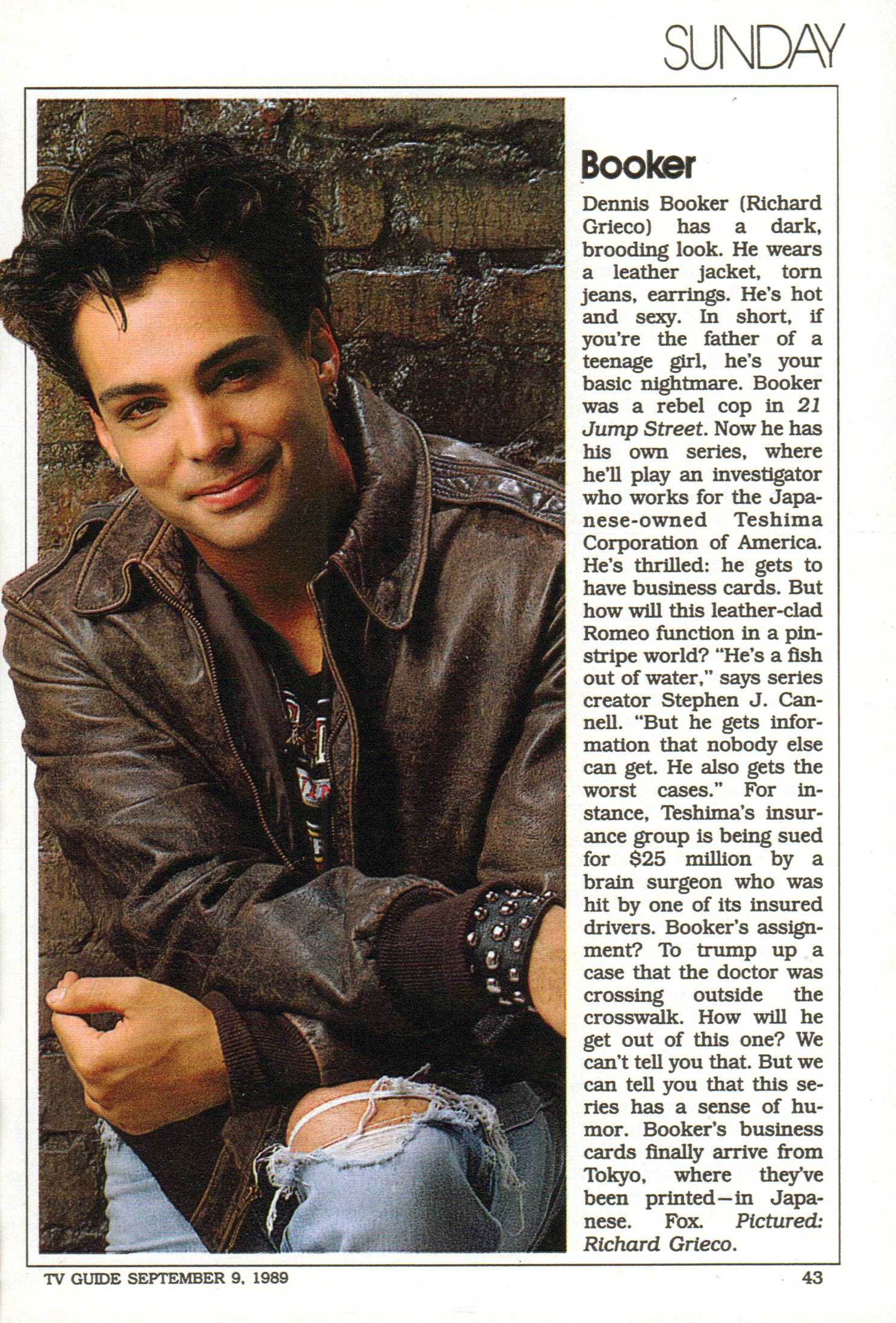 Grieco was Johnny Depp’s replacement on 21 Jump Street as I recall…. and as I also recall, I couldn’t stand this SOB.  He was supposed to be tough because he had holes in his jeans, but he looked and acted like Zoolander. 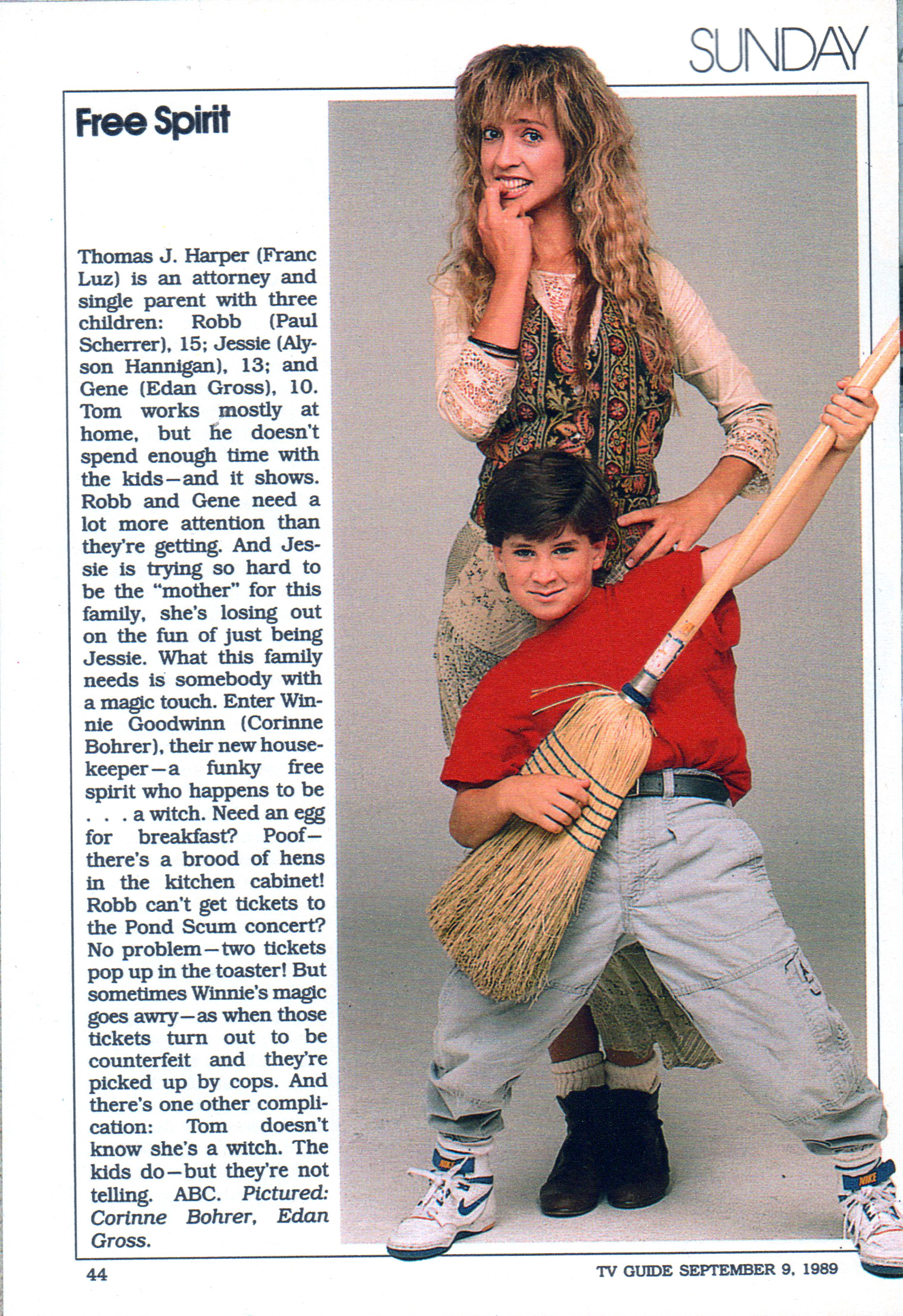 So, they hire a witch for a housekeeper…. and the yawnfest begins. Not edgy, not intelligent, not funny, not original, not well acted, and not… renewed for a second season. But it did have Alyson Hannigan. 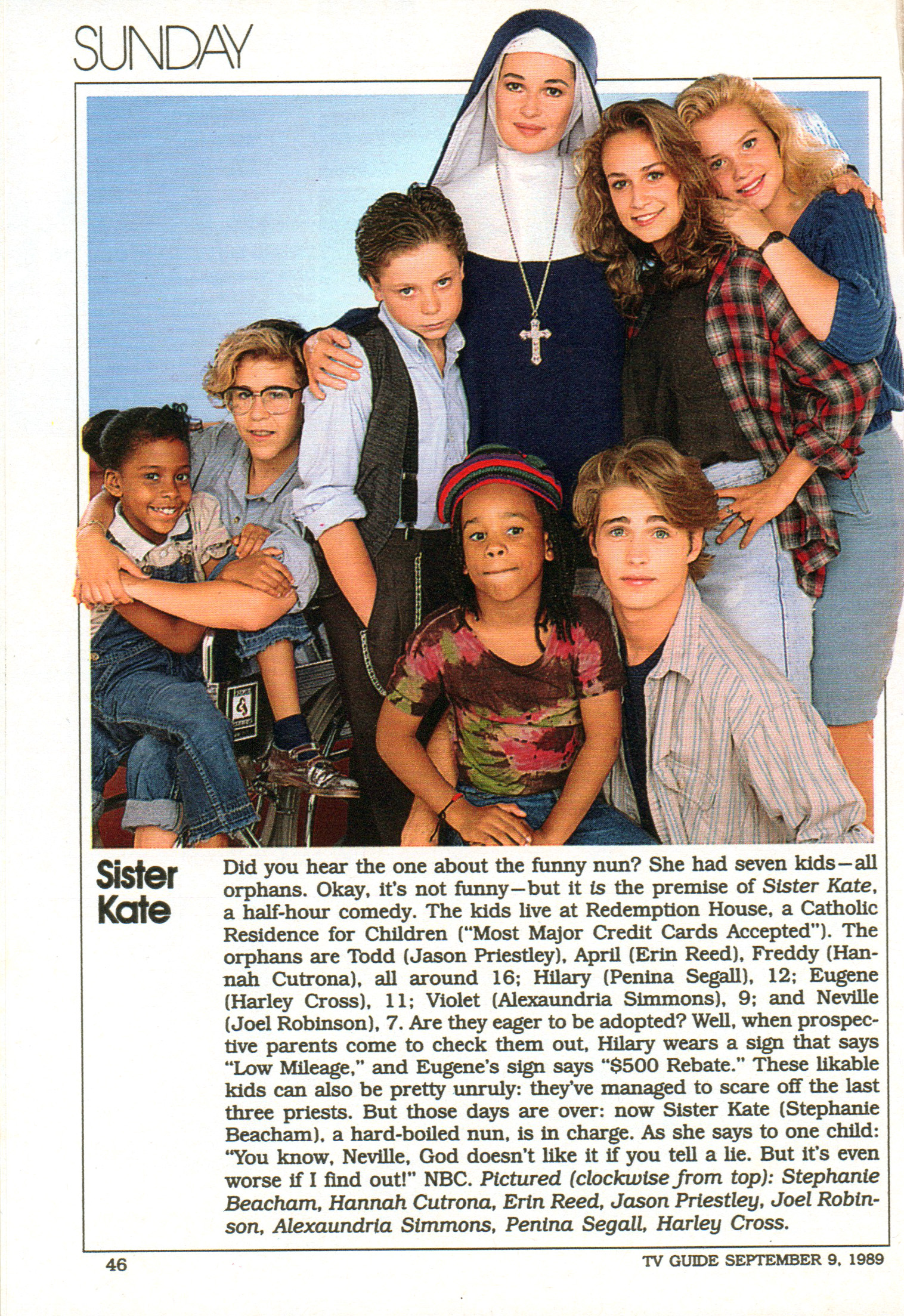 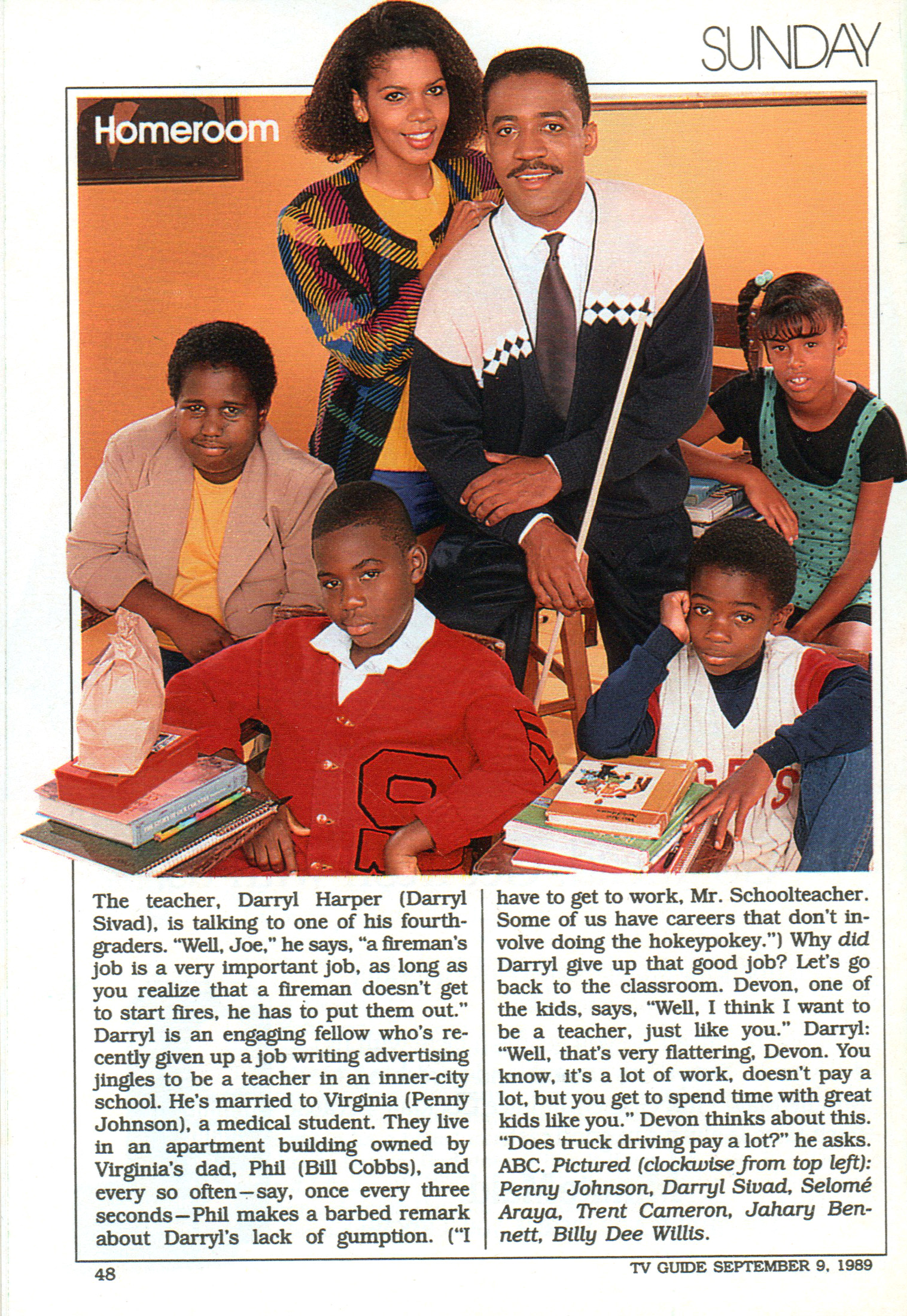 I have no memories of this show whatsoever.  It could have been underappreciated genius – I’ll never know. 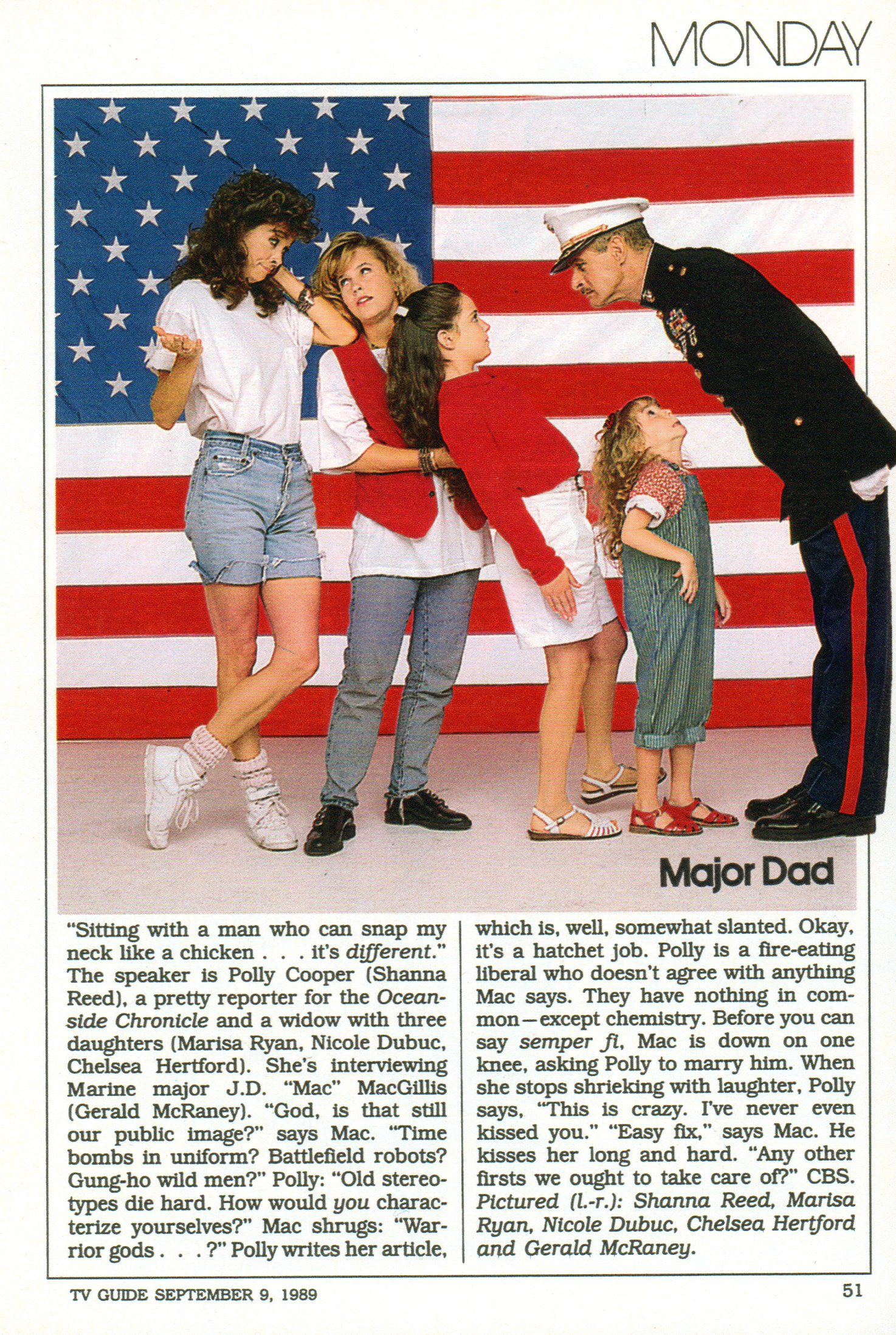 Another piece of garbage.  I know I sound overly critical and curmudgeony; but I’ve been known to positively gush over programming from the seventies and early eighties.   For me, the networks were really laying turds by the end of the eighties…. which is why, I believe, Seinfeld caught on- it was so different from this mess.

THE PEOPLE NEXT DOOR 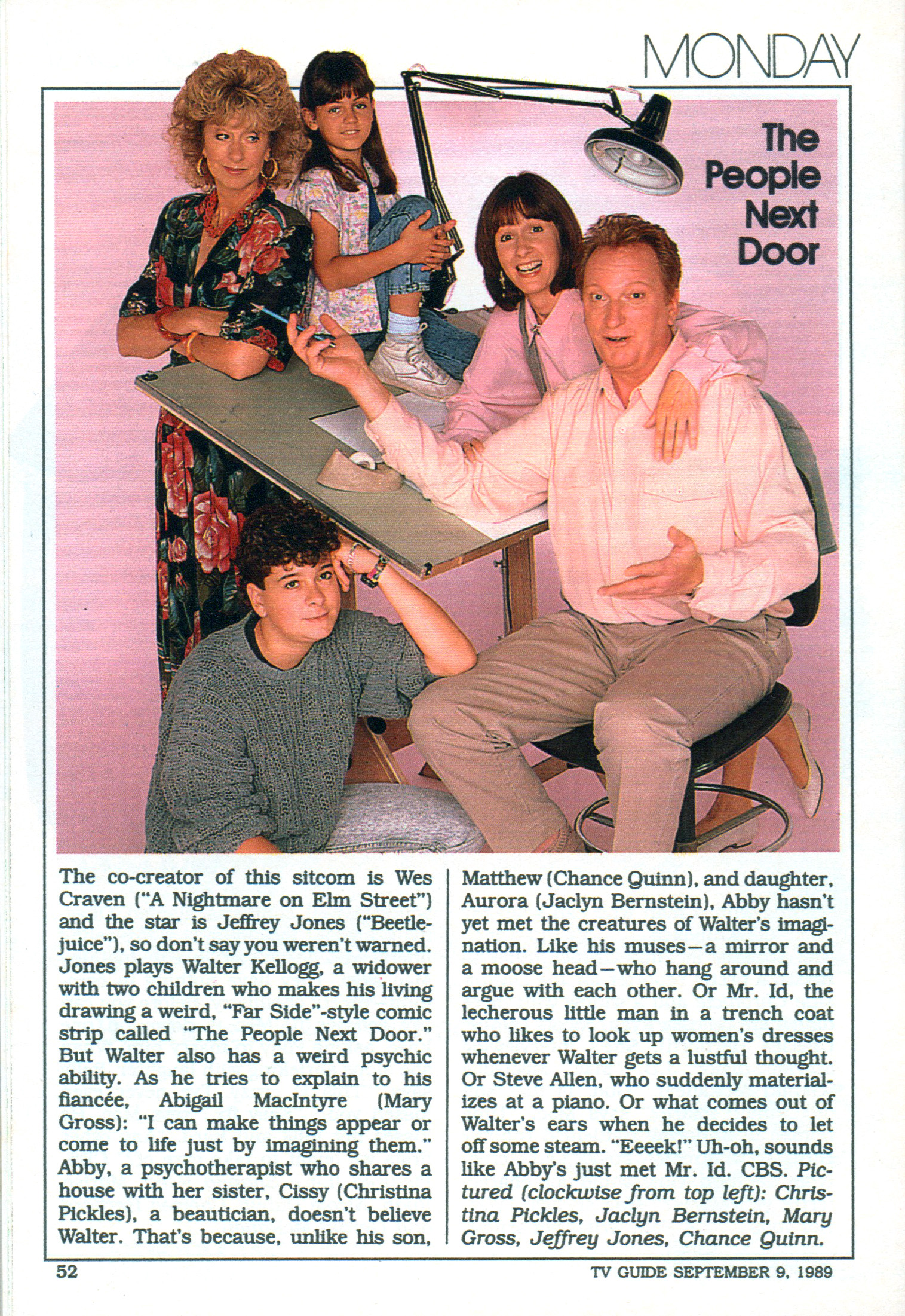 Whoah!  A sitcom directed by Wes Craven?  I had no idea this existed.  Starring pedophile Jeffery Jones as well! 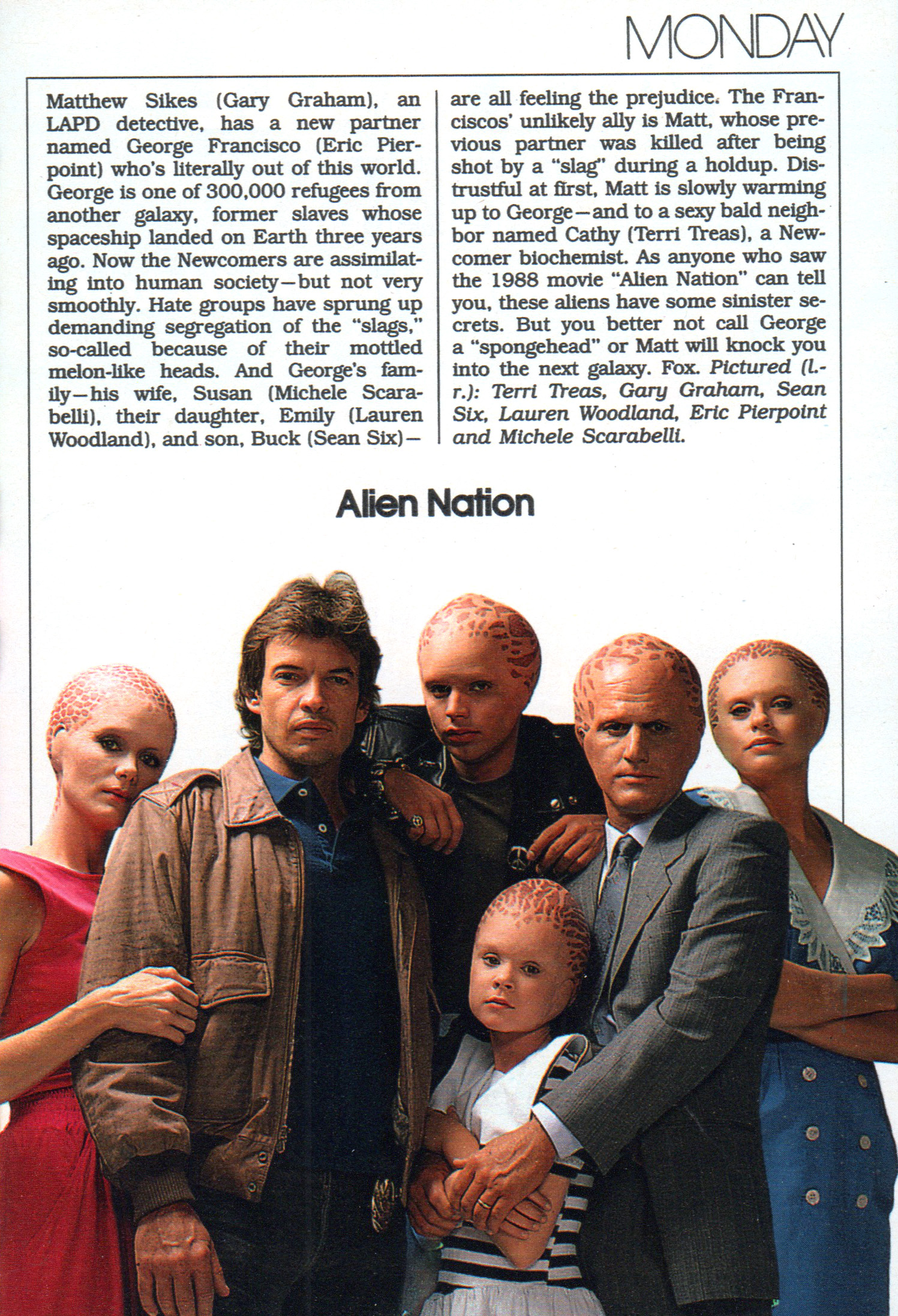 Social commentary disguised as sci-fi.  Sometimes that’s a good thing… and, in this case, not so much. 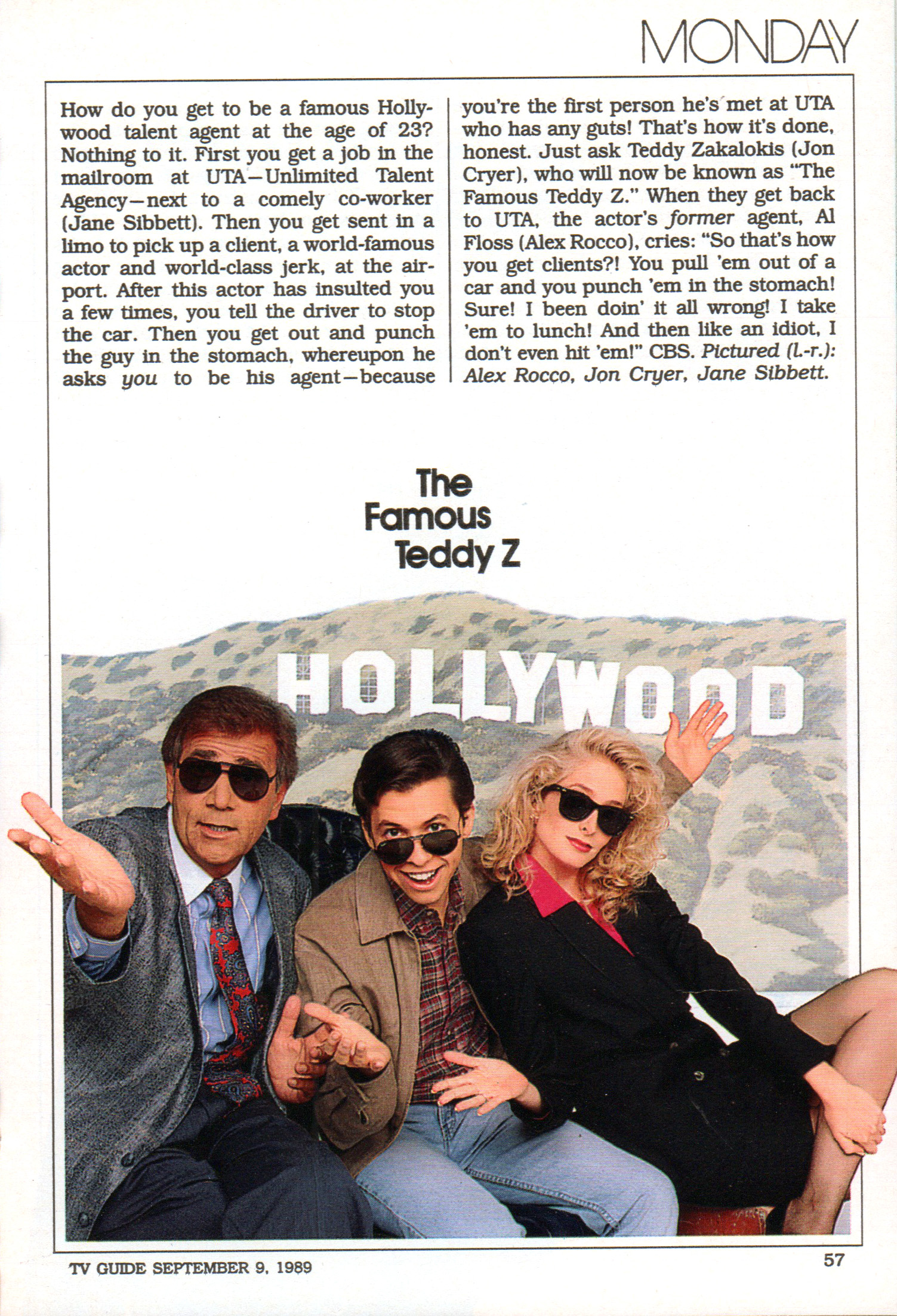 I don’t remember this show, but I understand it wasn’t so bad.  The pilot is supposed to be hilarious, and it won a few Emmys.  But, unfortunately, no one watched and it was cancelled after 20 episodes. 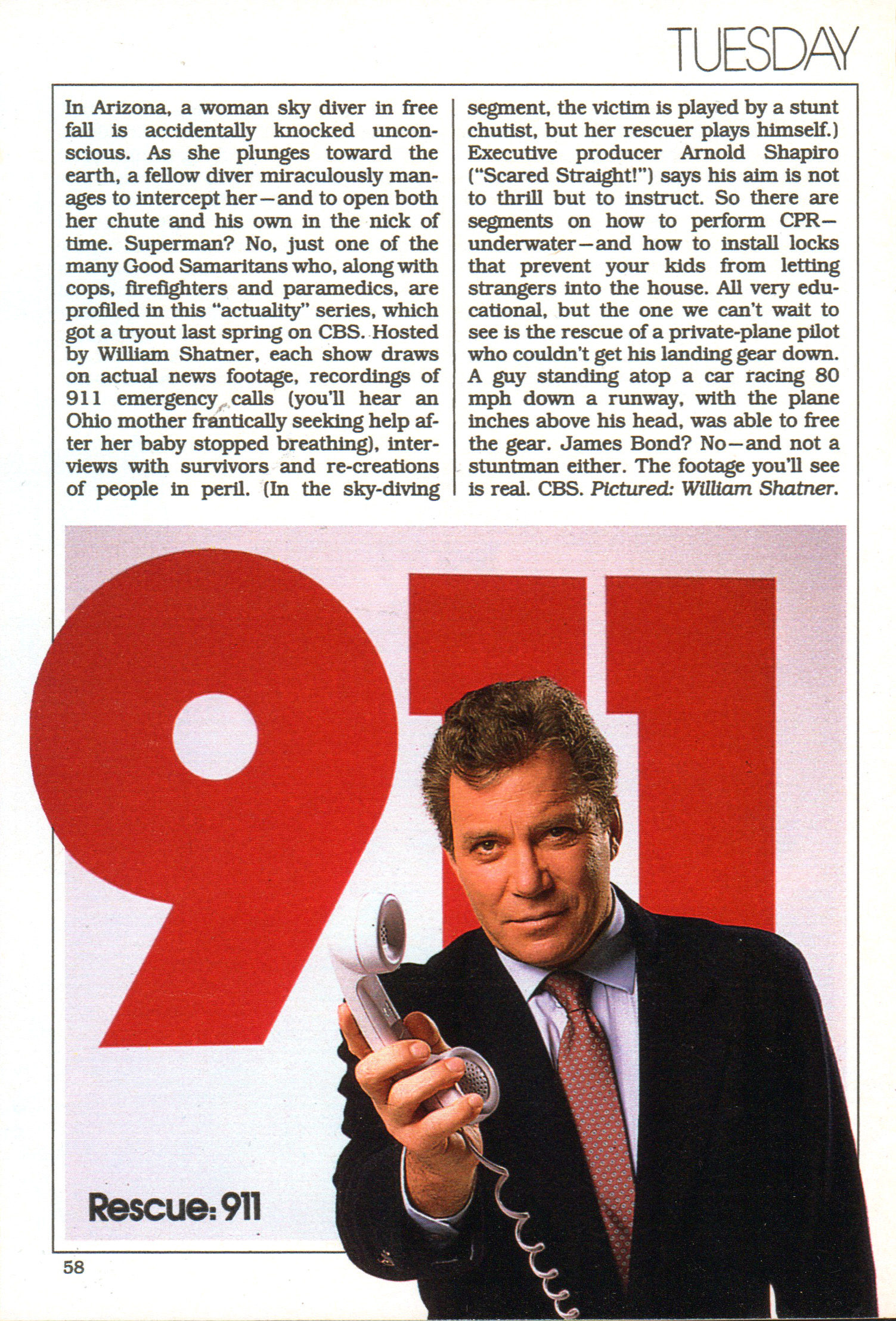 Anything with The Shat is cool in my book. It’s another show from this lineup that  routinely watched. It wasn’t so bad, but pretty standard fare. Unsolved Mysteries was much better. 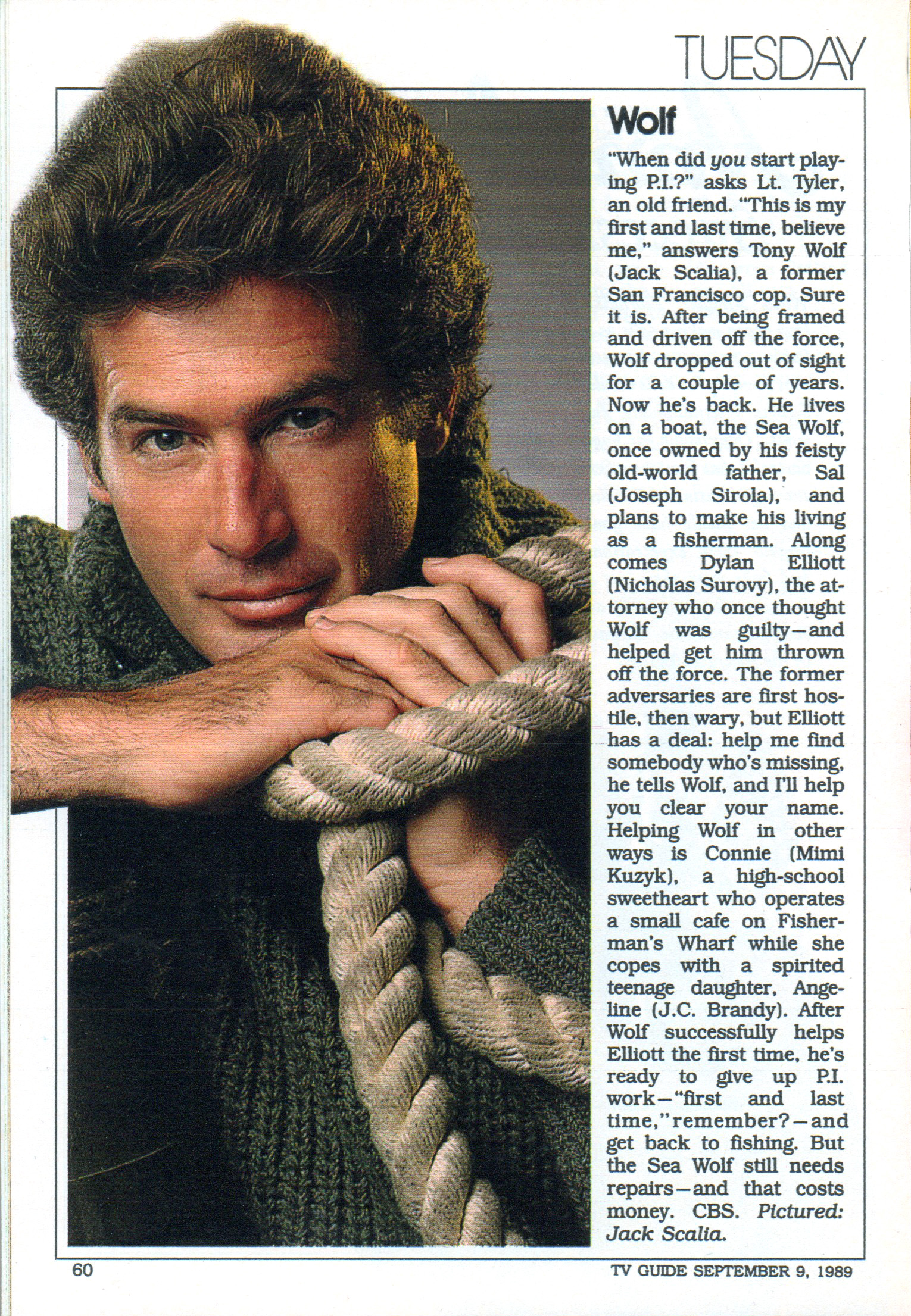 Reading this description, I’m amazed at the sheer number of cliches.  It’s an impressive feat to pack that many overused tropes into a single blurb.  Well done. 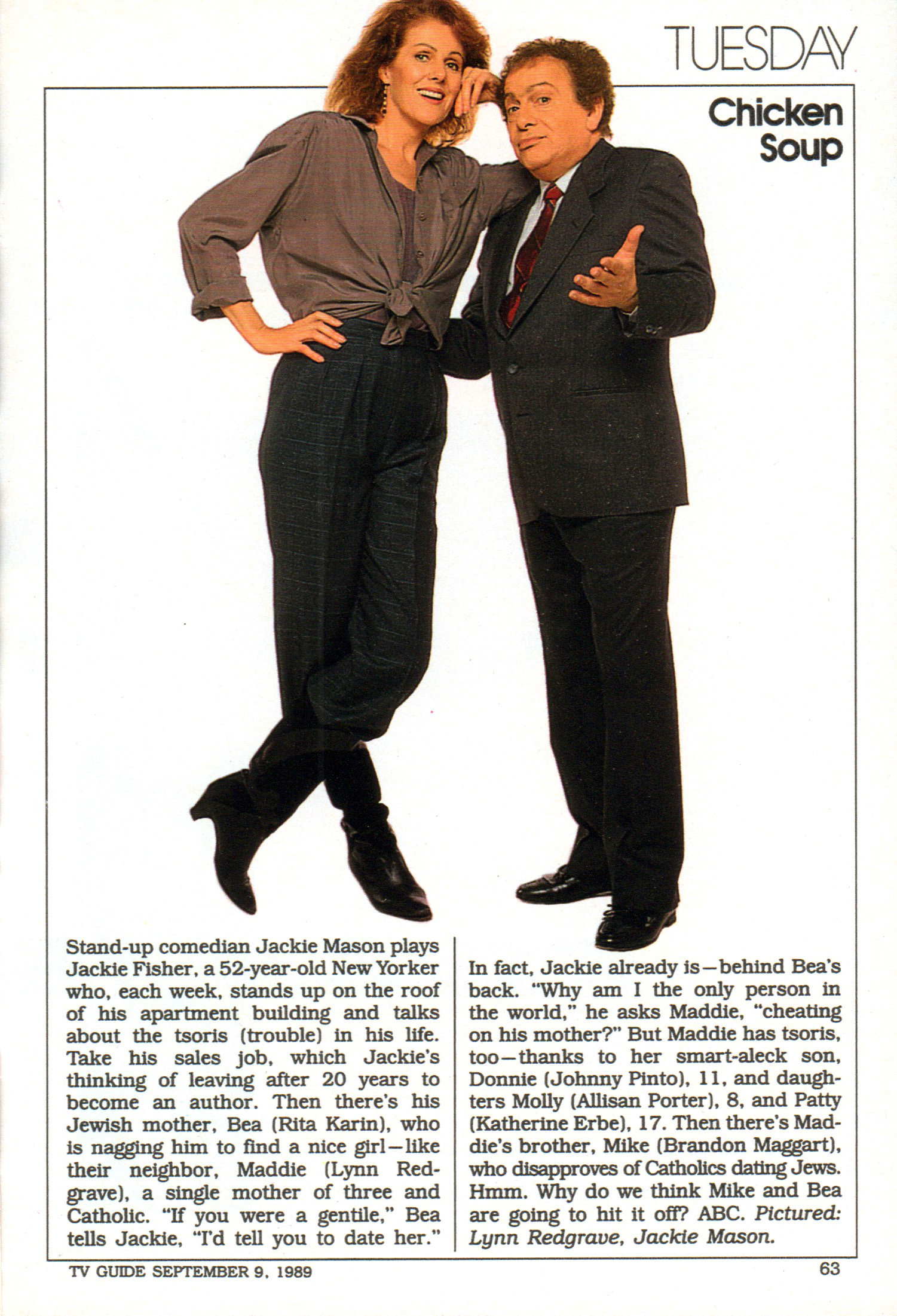 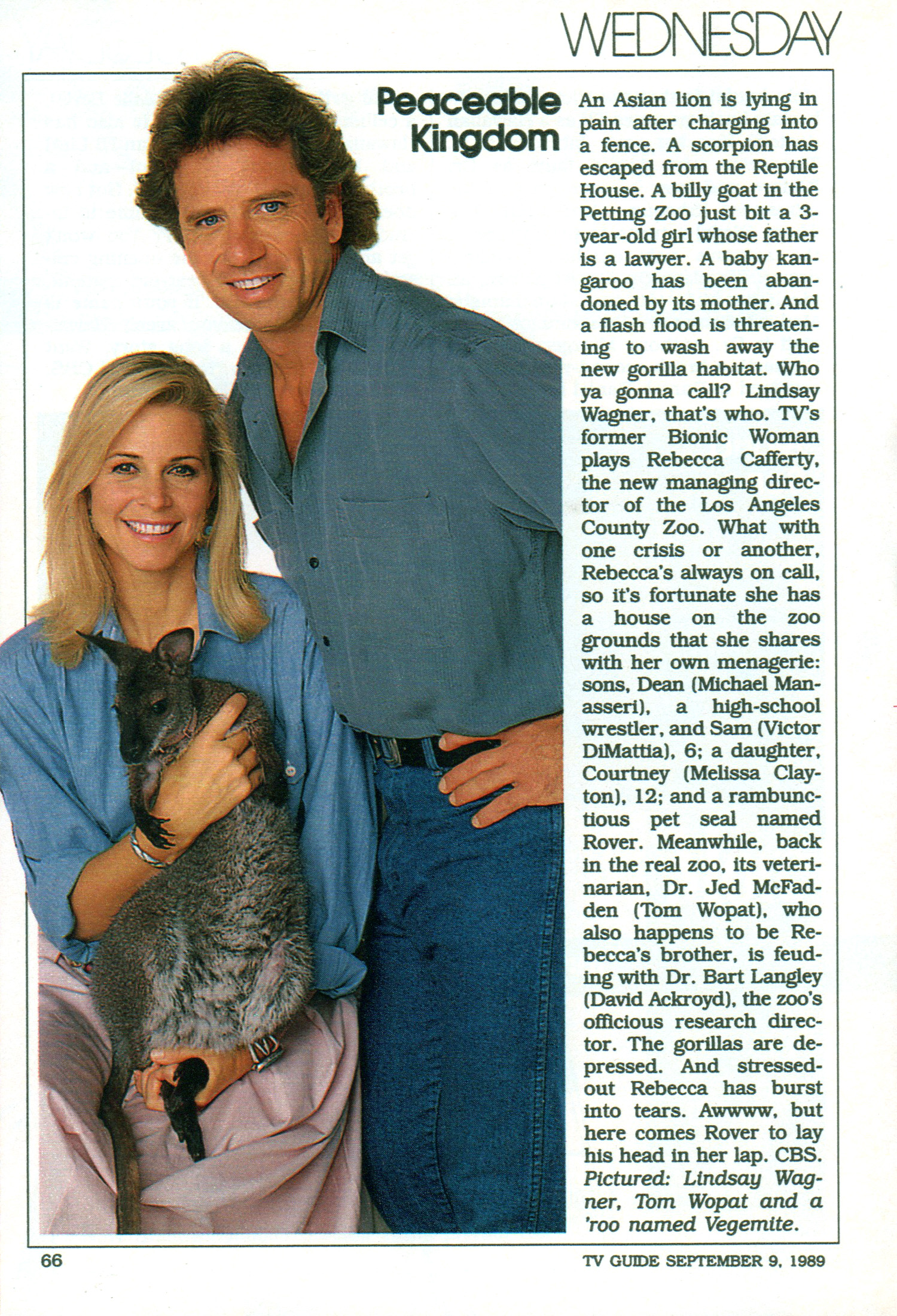 Just read this description.  Nothing I can say will do it justice.  This is what the bottom of the barrel looks like, folks. 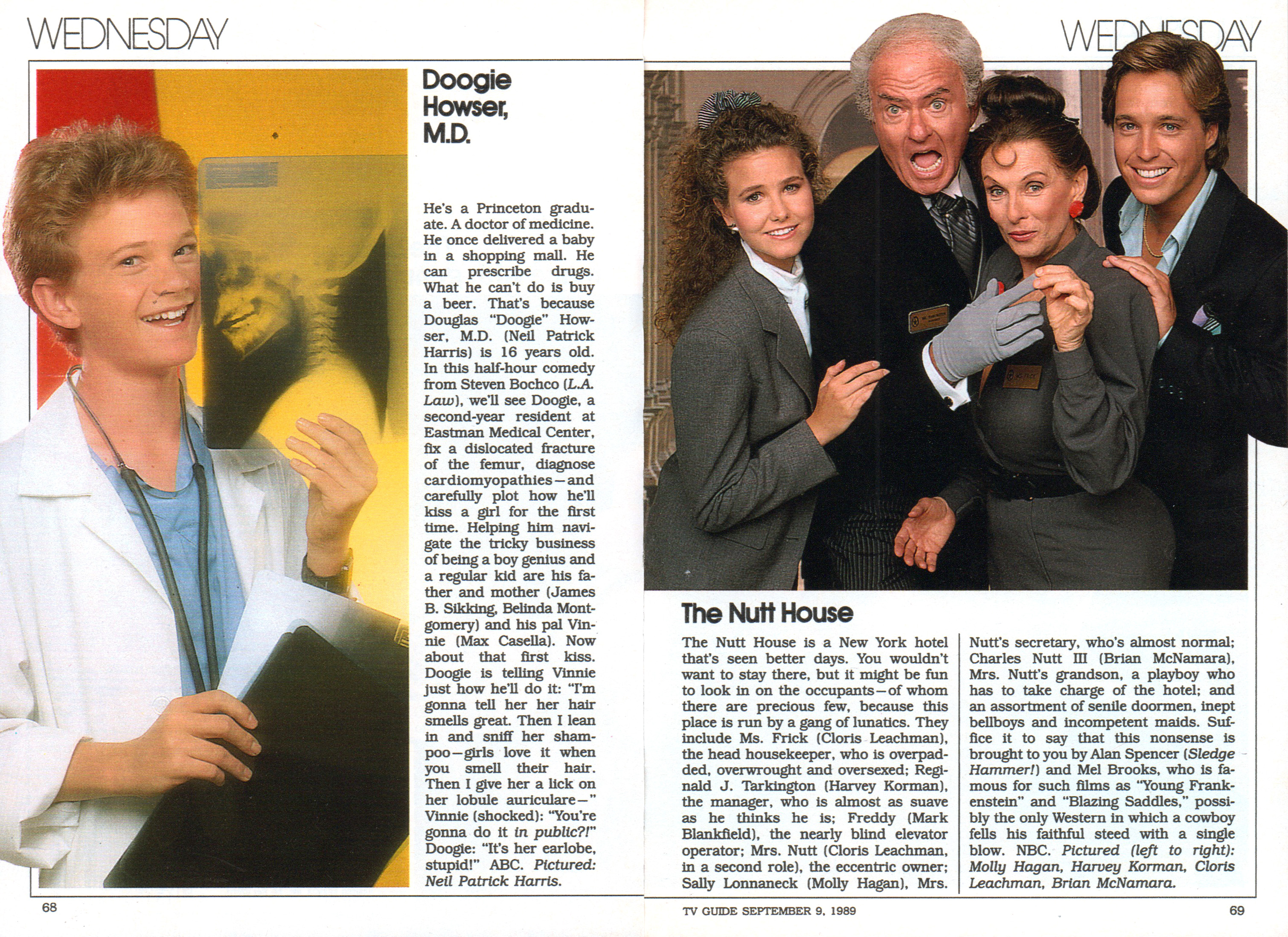 I understand there are a lot of folks that like Doogie, so I won’t knock it. It certainly wasn’t in the same league as the rest of this mess.   And The Nutt House – how was this not amazing? It’s the work of Mel Brooks and the mastermind behind Sledgehammer, and it stars comic legends Korman and Leachman….. this should have been incredible! 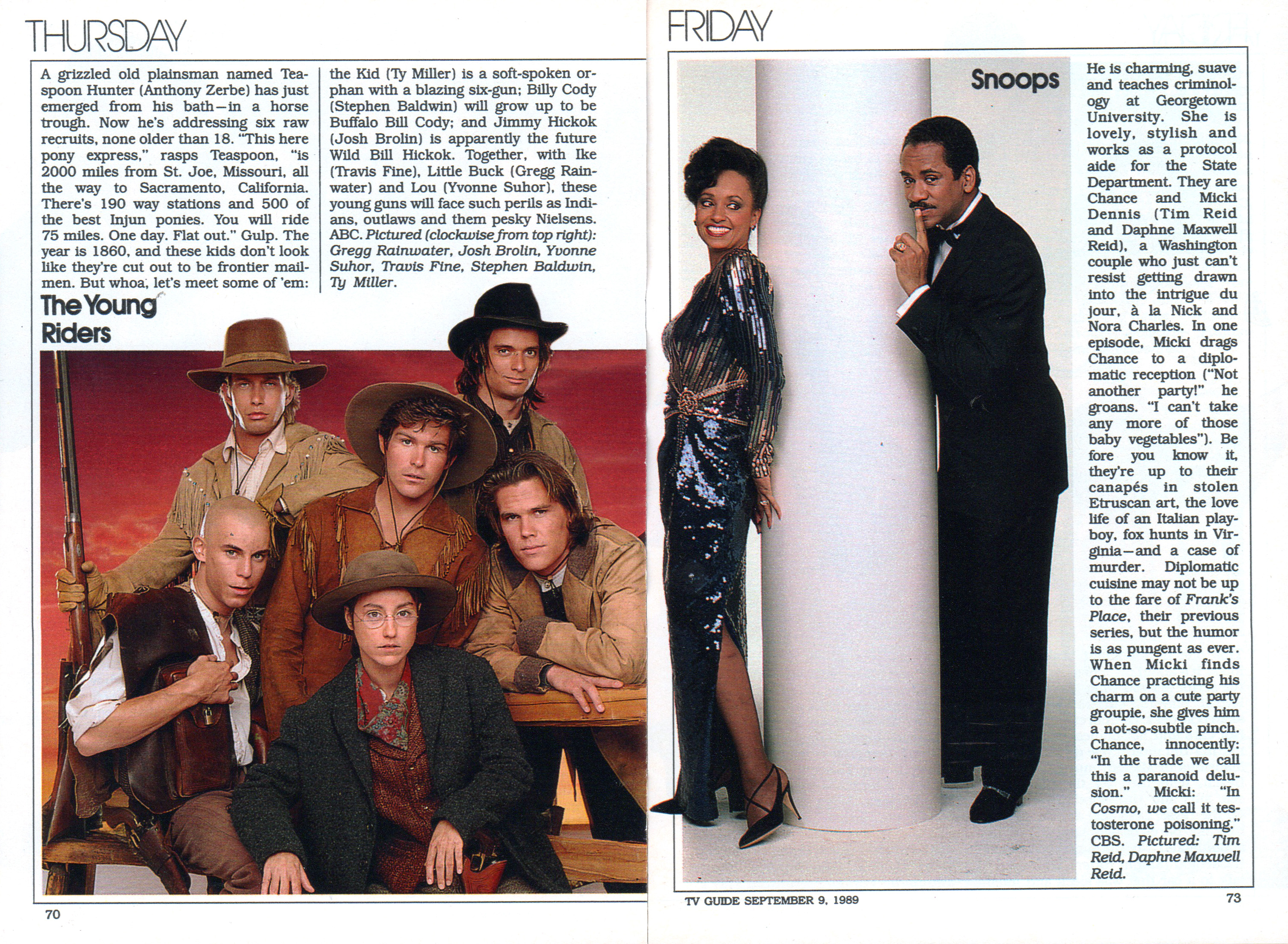 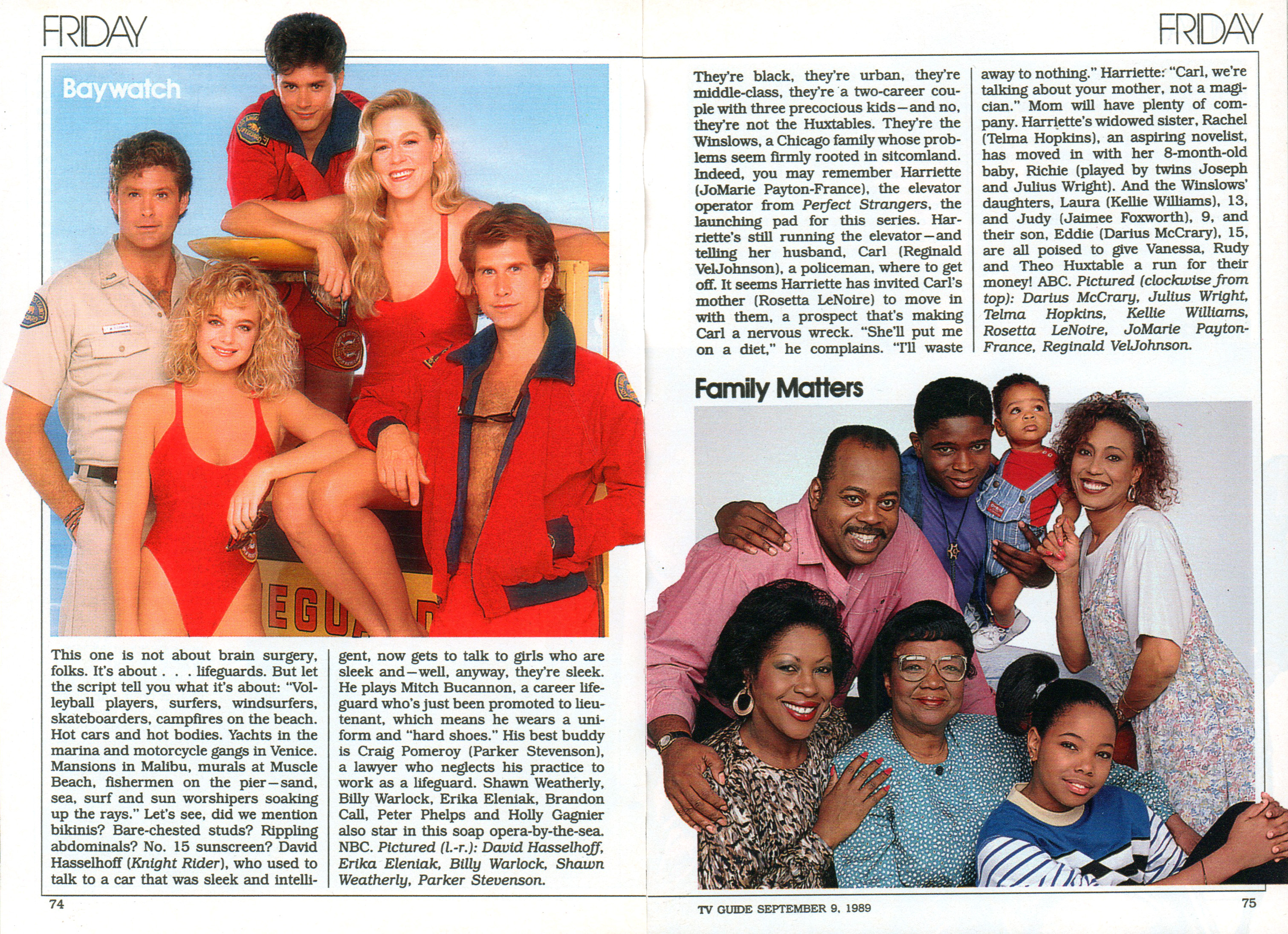 Two shows that need no introduction: one with The Hoff, the other with Urkel. Both stupid as the day is long, and both wildly popular. 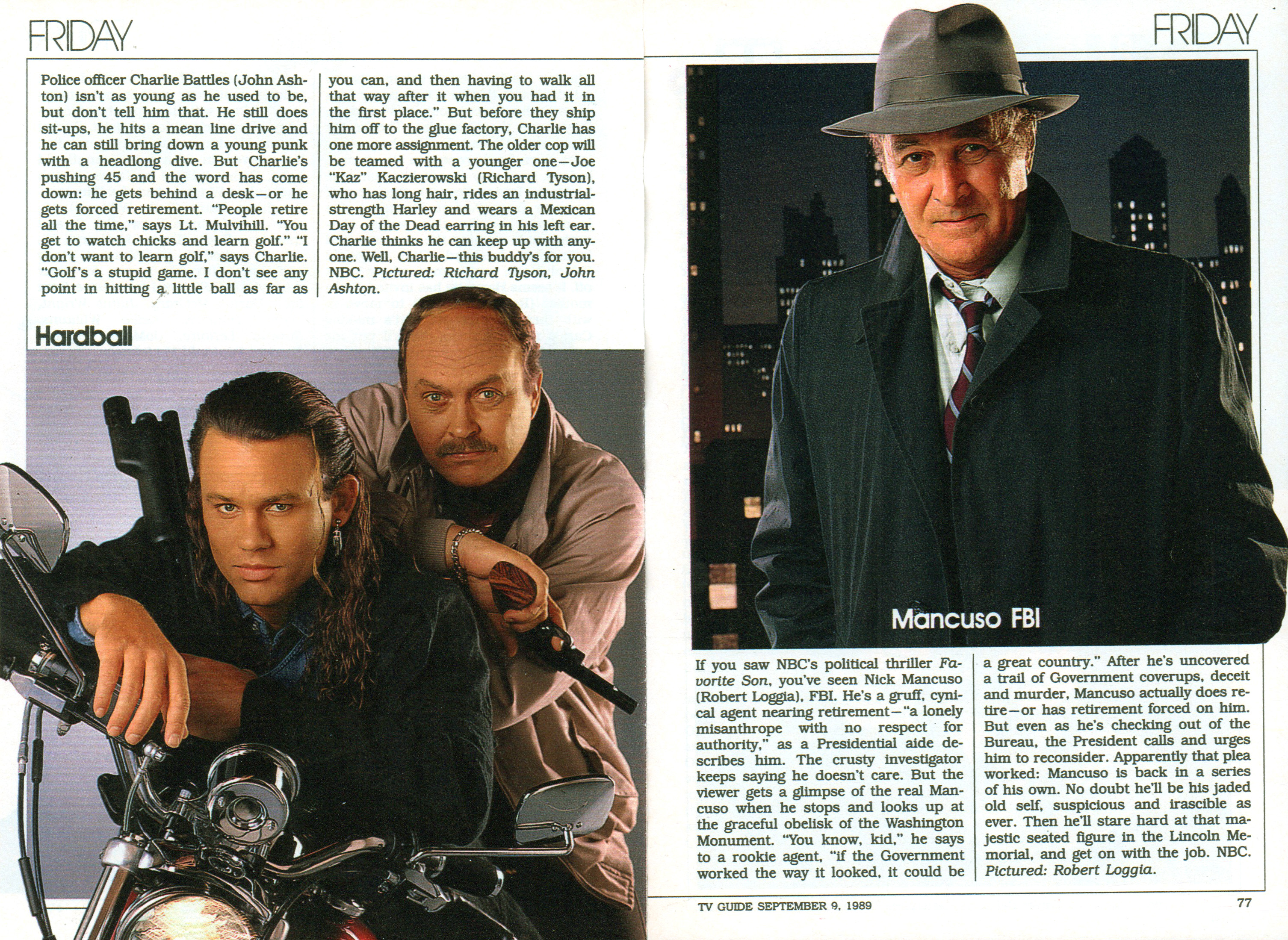 Well, that’s it for what’s coming in Fall of ’89.  As you can see, the world was in desperate need of Seinfeld and Sopranos (and Twin Peaks was just around the corner in 1990). The big guns of the 80s were over or on their last leg, namely Cheers and Cosby… and this was their replacement?  When the best in the batch may be Doogie Howser, you know there’s a problem.