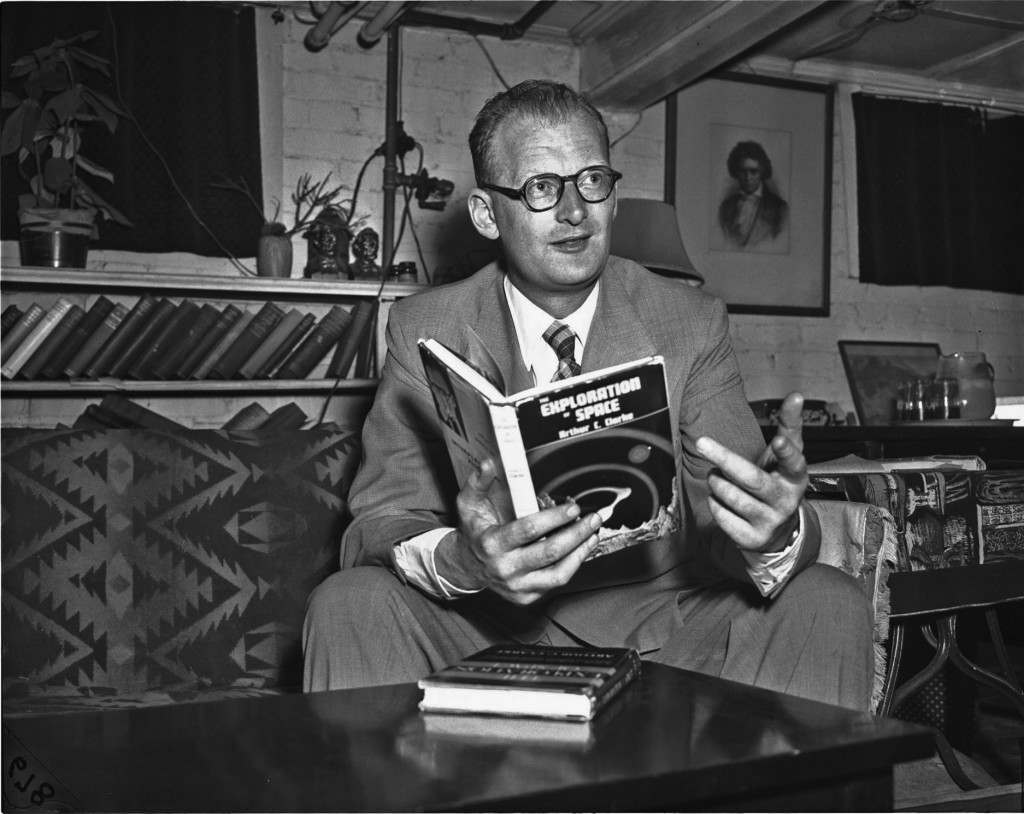 Science fiction author Arthur C. Clarke holds a copy of his book, “Exploration of Space” at a home in Washington, D.C., in this June 9, 1952 file photo.

Before we read that forecast, we can hear what Clarke saw when he looked into the future on the 1964 BBC show Horizon. He said:

“If by some miracle some prophet could describe the future exactly as it was going to take place, his predictions would sound so absurd, so far-fetched that everyone would laugh him to scorn.”

Some of what he said was prescient:

“These things will make possible a world in which we can be in instant contact wherever we may be. Where we can contact our friends anywhere on earth, even if we don’t know their actual physical location. It will be possible in that age, possibly 50 years from now, for a man to conduct his business from Tahiti or Bali just as well as he could from London.”

We still don’t have monkey servants (and by ‘we’ I mean anyone outside the Royal Family). But Clarke could see the power of the remote communication, computing and 3D printing making us lazy and avaricious. 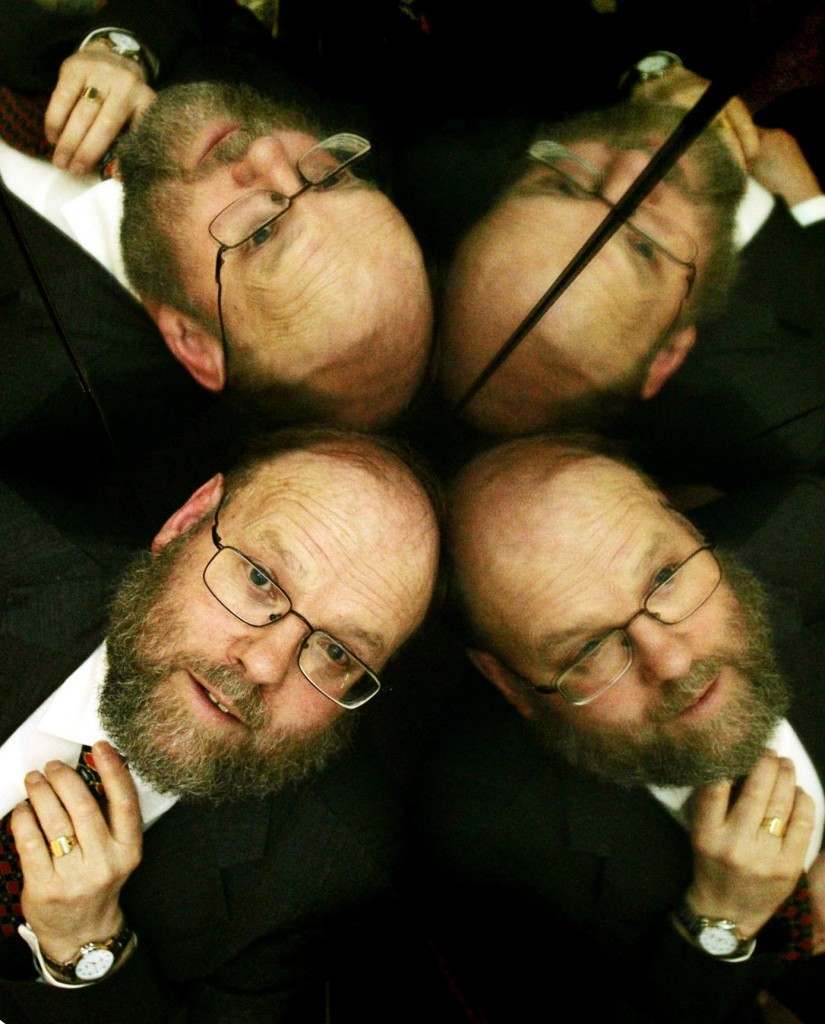 Professor Ian Wilmut part of research team based at the Roslin Instistute near Edinburgh have been granted a licence by the Human Fertilisation and Embryology Authority (HFEA) to clone human Embryos for research that may one day help find a cure for Motor Neurone disease. However, expert Dr Donald Bruce said there was a “significant danger” that maverick scientists would misuse technology to clone babies. 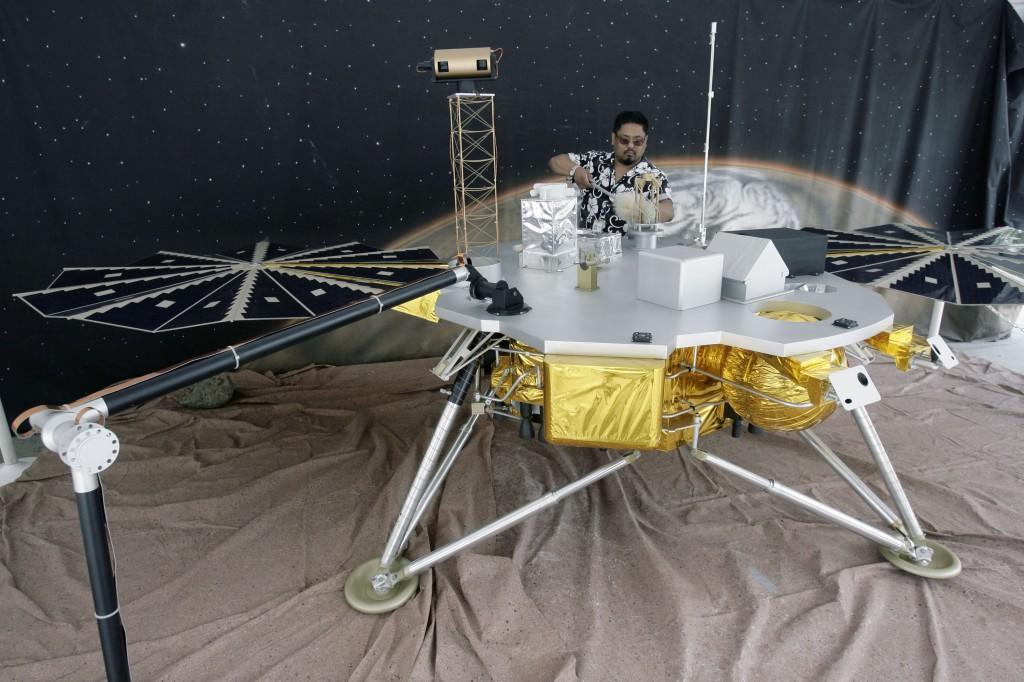 JoJo Aguilar, a Mars exploration team member, dusts a full-scale model of the Phoenix lander Thursday, May 22, 2008, at NASA’s Jet Propulsion Laboratory in Pasadena, Calif. The lander will reach Mars on Sunday, May 25, to begin a three-month mission studying an arctic site on the Red Planet. (AP Photo/Ric Francis) 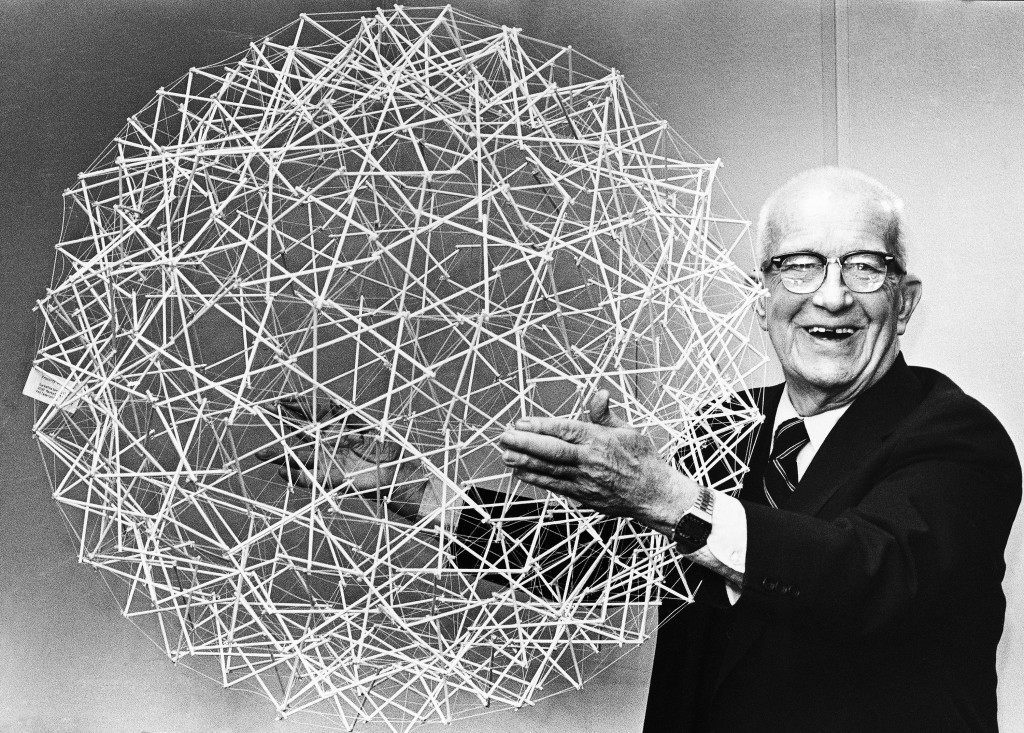 In a Philadelphia, United States, office, on April 18, 1979 R. Buckminster Fuller holds up a Tensegrity sphere – one of his inventions thatÂs inspired a space project. Dr. Ernest Okress of the Franklin Center envisions the structure, made of rods and cables, as the basis for a Spherical Tensegrity Atmospheric Research Station Â STARS. A giant Tensegrity sphere could be light and strong enough to support a floating space station a mile in diameter. (AP Photo/WGI)

But dude, where’s my flying car..?