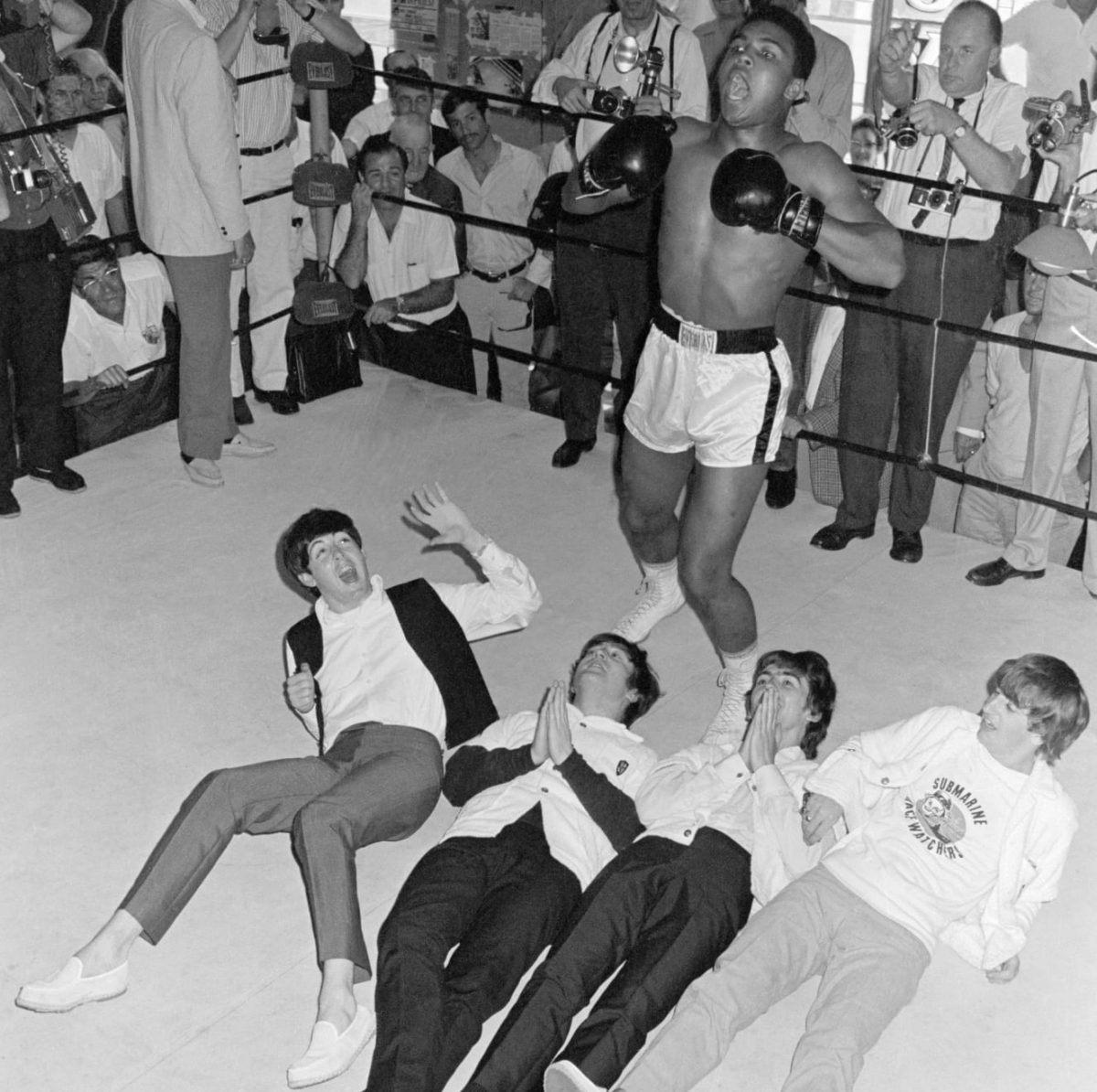 The Beatles and Muhammad Ali, still at that time known as Cassius Clay but not for much longer, met on February 18 1964 at Miami Beach’s 5th Street Gym. Ali was just one week away from a bout with Sonny Liston who was expected to win, easily. In fact The Beatles people initially approached Liston, who after all was the 7-1 favourite, to take part in a photo op. But the 34 year old boxer from Arkansas ‘unequivocally refused’.

Ali was late for the meet-up and the Beatles wanted to leave upset after being left hanging around. Suddenly Ali arrived dressed in his boxing shorts blocking the light in a doorway and The Beatles all gasped.

“Hello there, Beatles! We oughta do some road shows together. We’ll get rich!”

When Liston reads about The Beatles visiting me / He’ll get so mad, I’ll knock him out in three!

A week later Ali won by technical knockout after Liston failed to answer the bell for the seventh round. Although at that point the fight was level on the official scorecards. It was the first time since 1919—when Jack Dempsey defeated Jess Willard — that a world heavyweight champion had failed to leave his stool.

Journalist Robert Lipsyte, who had traveled to Miami to cover the fight for The New York Times would later say that Ali retired to the dressing room for a massage after The Beatles had left and asked him just who exactly “those little sissies” were.

After Ali’s death in 2016 Paul McCartney wrote: “I loved that man. He was great from the first day we met him in Miami, and on the numerous occasions when I ran into him over the years. Besides being the greatest boxer, he was a beautiful, gentle man with a great sense of humour who would often pull a pack of cards out of his pocket, no matter how posh the occasion, and do a card trick for you. The world has lost a truly great man.” 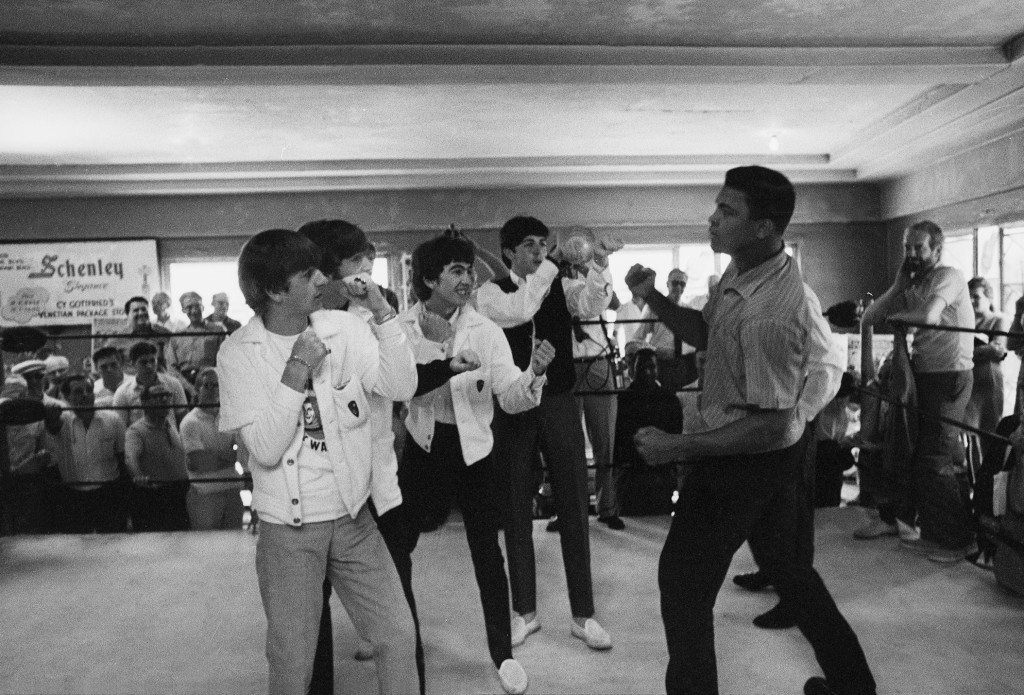 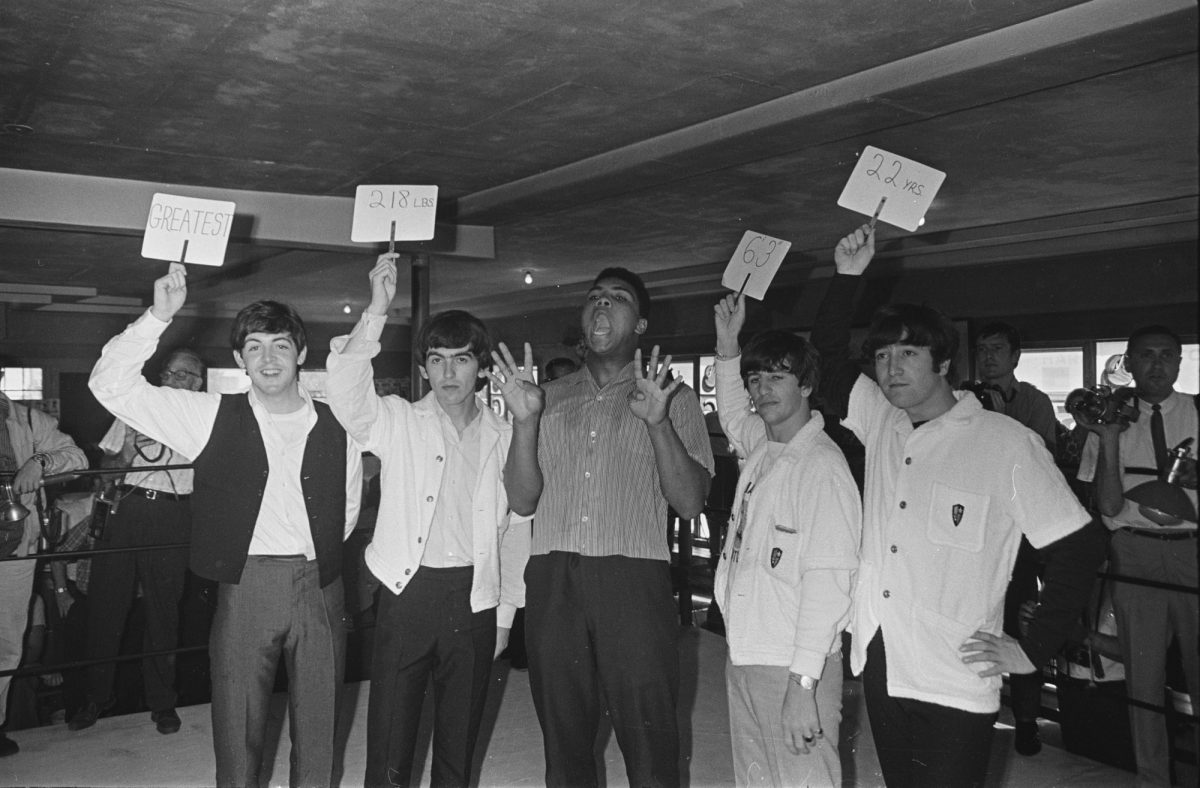 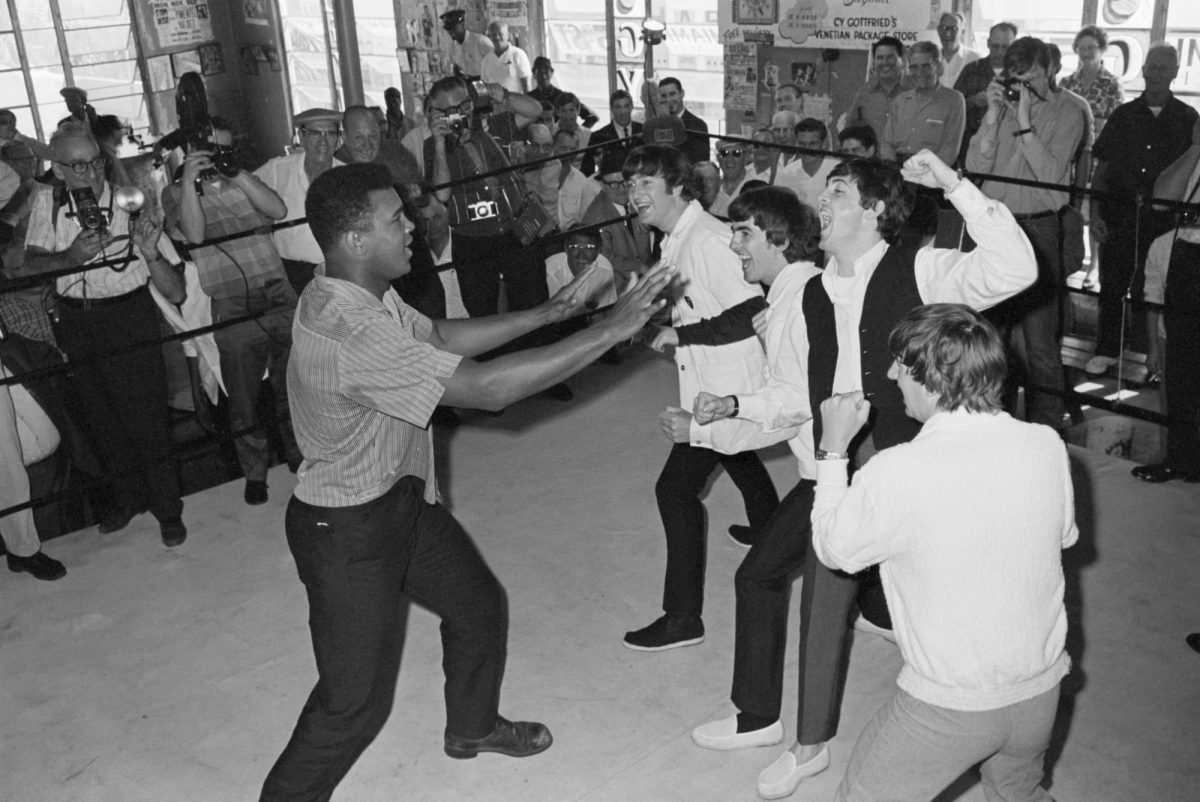 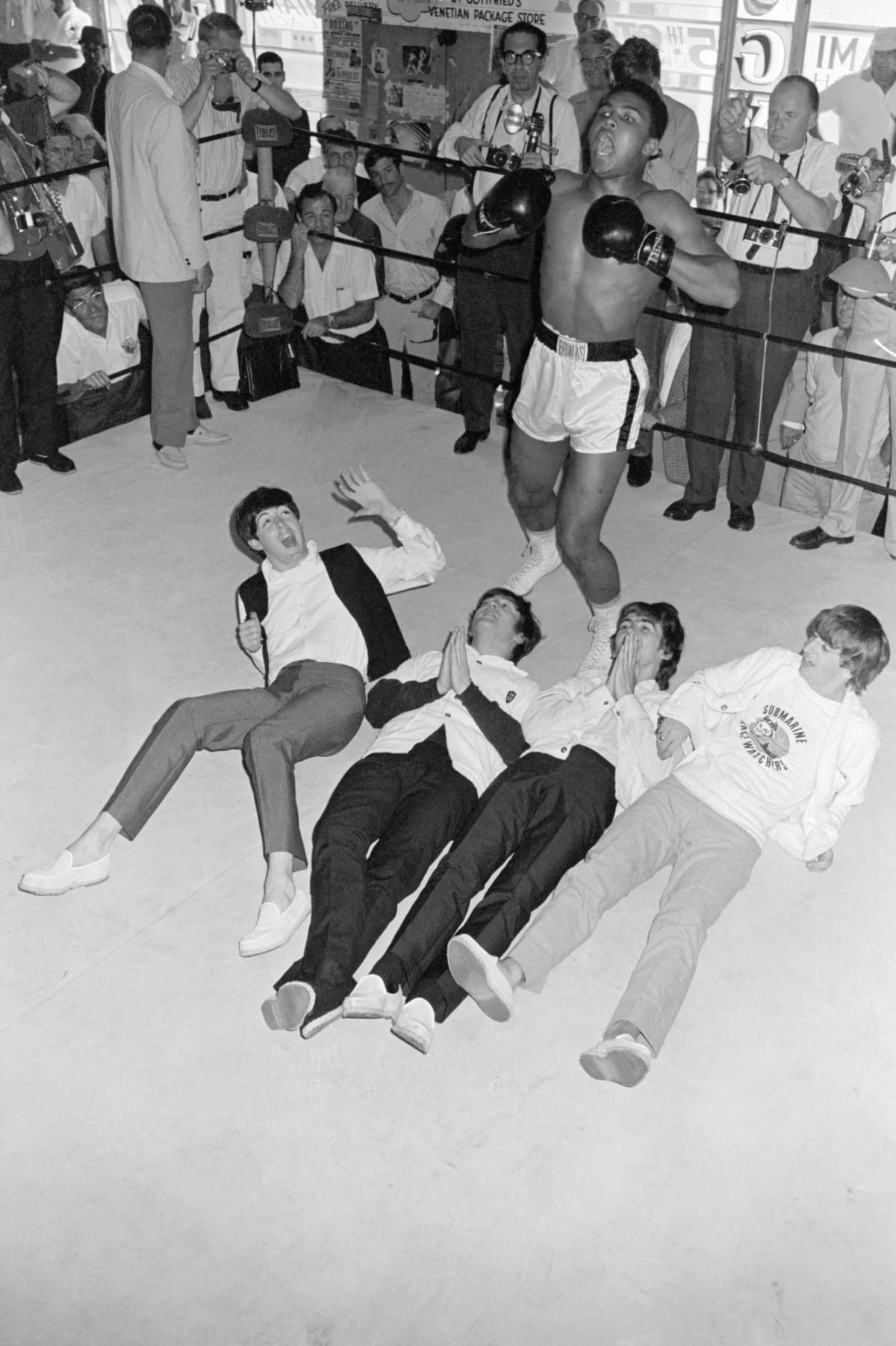 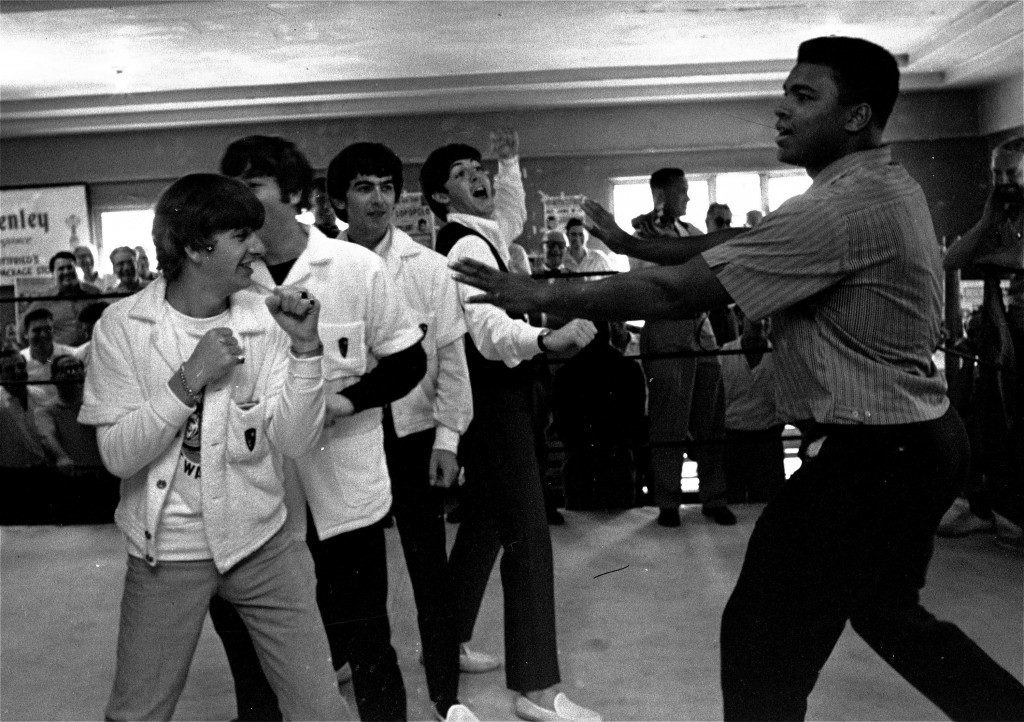 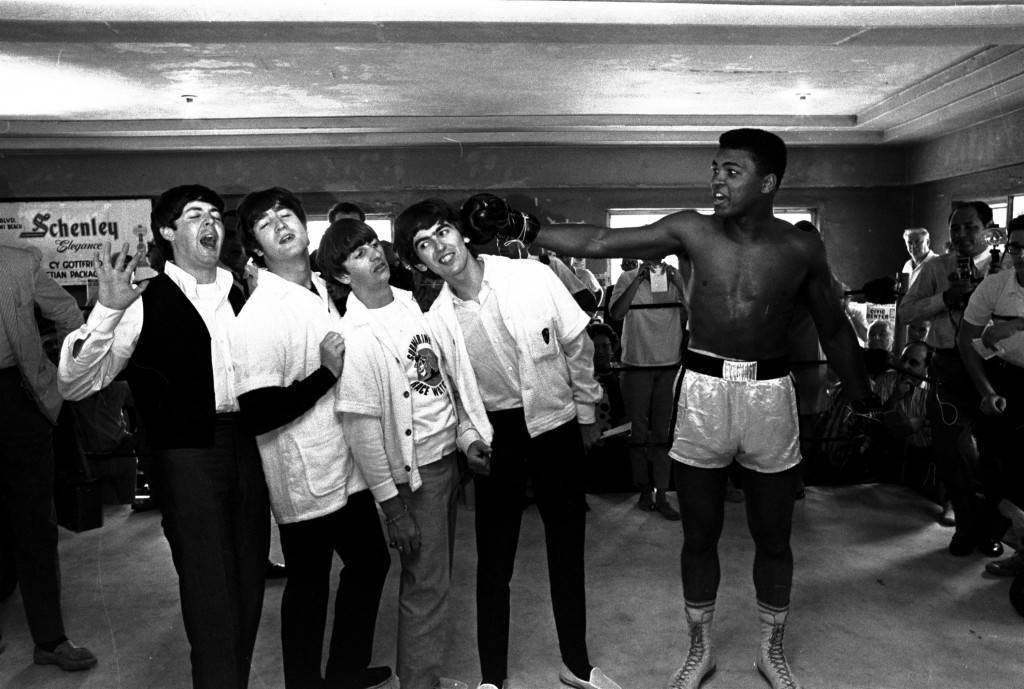 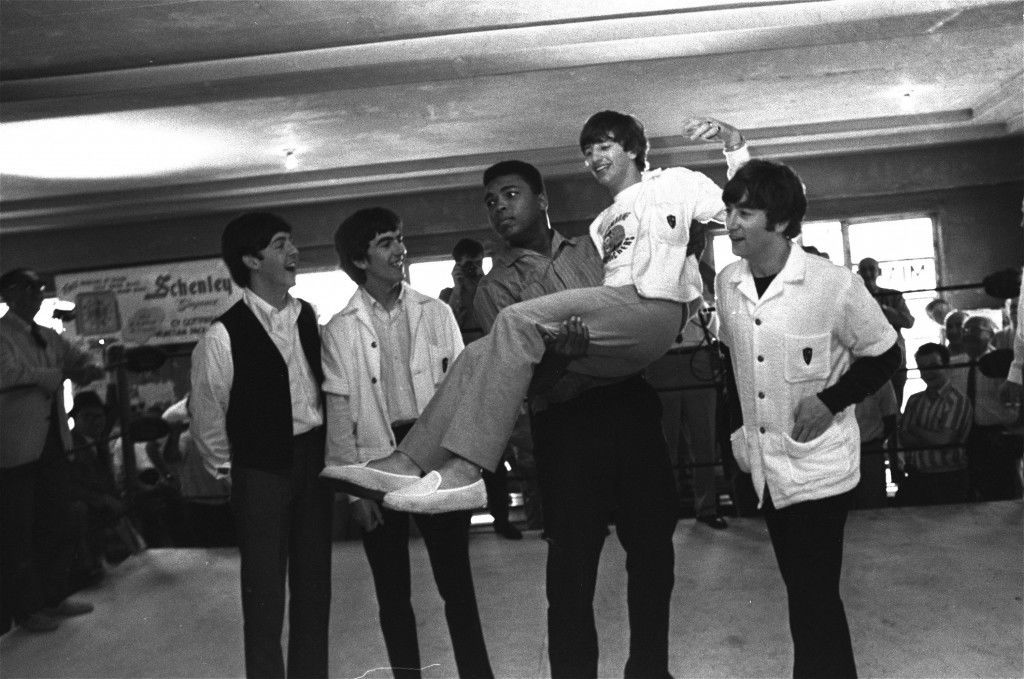 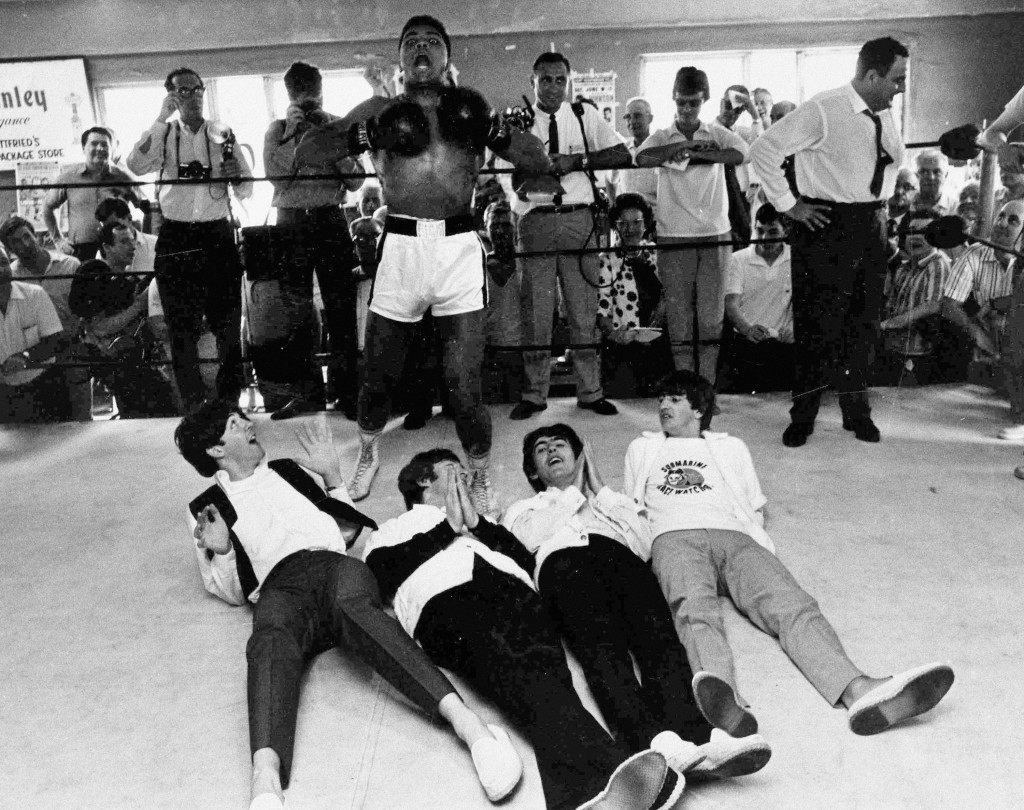