Part of Franklin Delano Roosevelt’s New Deal was the Works Progress Administration (WPA), which in 1935 created the Federal Project Number One to help artists, actors, writers, and musicians get work. Lobbied for by Eleanor Roosevelt, Federal One would infuse art and culture into the daily lives of Americans. It was, says Don Adams and Arlene Goldbard, “the U.S. government’s first big, direct investment in cultural development.” The project’s goals “were clearly stated and democratic; they supported activities not already subsidized by private sector patrons… and they emphasized the interrelatedness of culture with all aspects of life, not the separateness of a rarefied art world.” 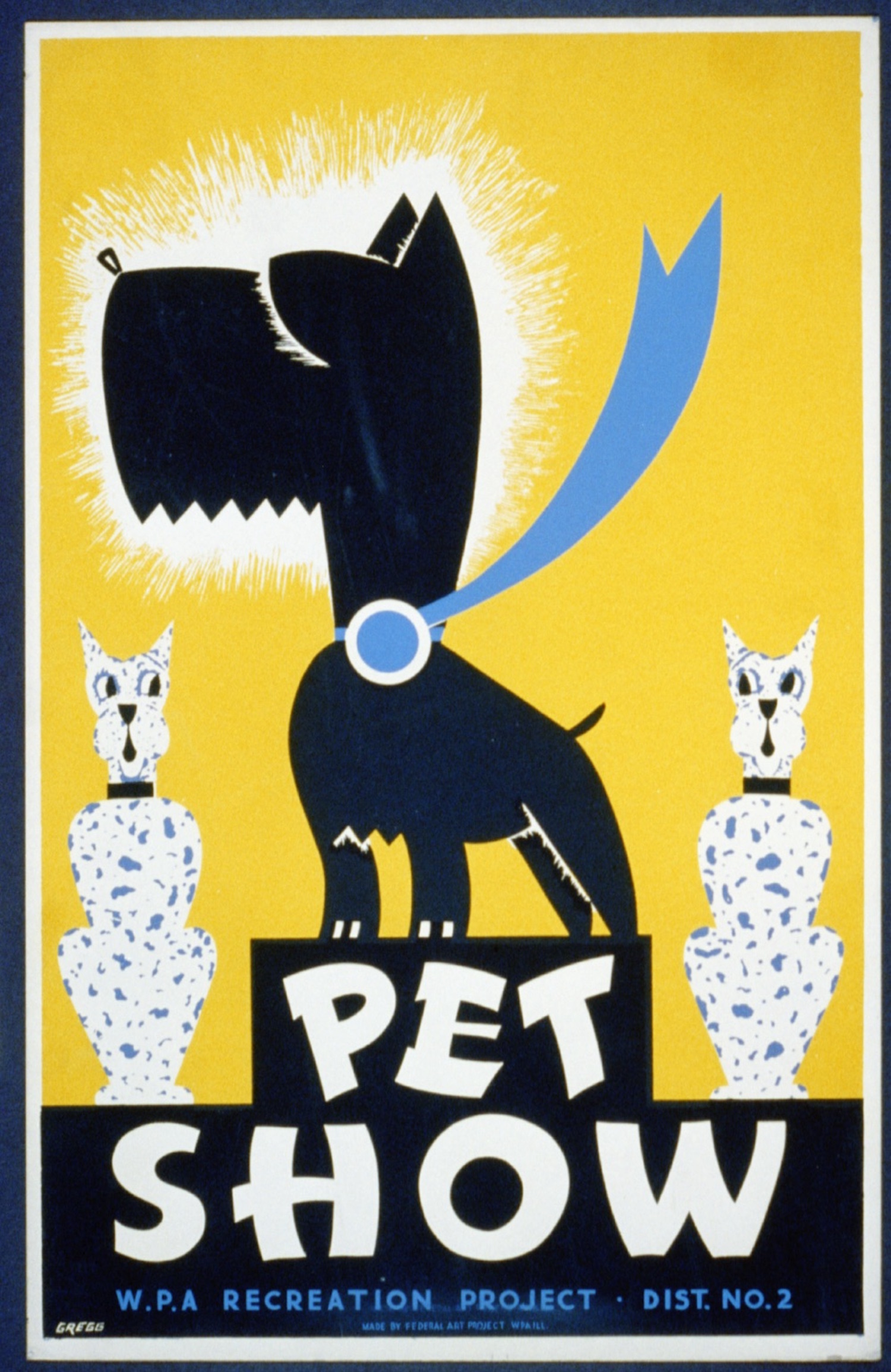 Federal One grew branches (via):

The Federal Writer’s Project (FWP) employed writers to produce a variety of publications. The FWP’s most famous effort was a series of guidebooks for states, cities, and localities such as Death Valley.

The Federal Music Project provided jobs for thousands of musicians who performed for millions during the lifetime of the project.

The Federal Art Project had painters and sculptors create works of art and teach studio and art history classes.

The Historical Records Survey employed historical archivists to collect an conserve historical records across the country.

It was huge. Jeannie Friedman had some numbers (via):

Little has been written or said about the WPA Poster Project and the two million silk-screened posters and 35,000 original designs that it produced in studios across the country between 1935 and 1942. Nor has there been discussion of the major innovation wrought in graphic design by the WPA Poster Project: government sponsorship of commercial artists as a group.

By 1938, the New York City Poster Project alone, which employed only about 50 artists, had produced a total of 306,472 prints from 11,240 original designs. At its peak, the New York City division of the Federal Art Project employed 2,323 artists in a variety of activities, including mural and easel painting, graphics and printmaking, sculpture, photography and poster design. The project provided jobs for thousands of unemployed artists during the Depression. These artists also taught classes across the country in community art centers and neighborhood houses.

She adds a note on style (via):

The surge of interest in new typographical design and the influence of the WPA Poster Project’s supervisor, Richard Floethe, had a dynamic effect on the project designers. Floethe had studied at the Bauhaus and genuinely believed in a utilitarian approach to art. The designer, he felt, should be equally at home in industrial design, stage design, typography or painting. Good visual thinking could be applied to any discipline.” 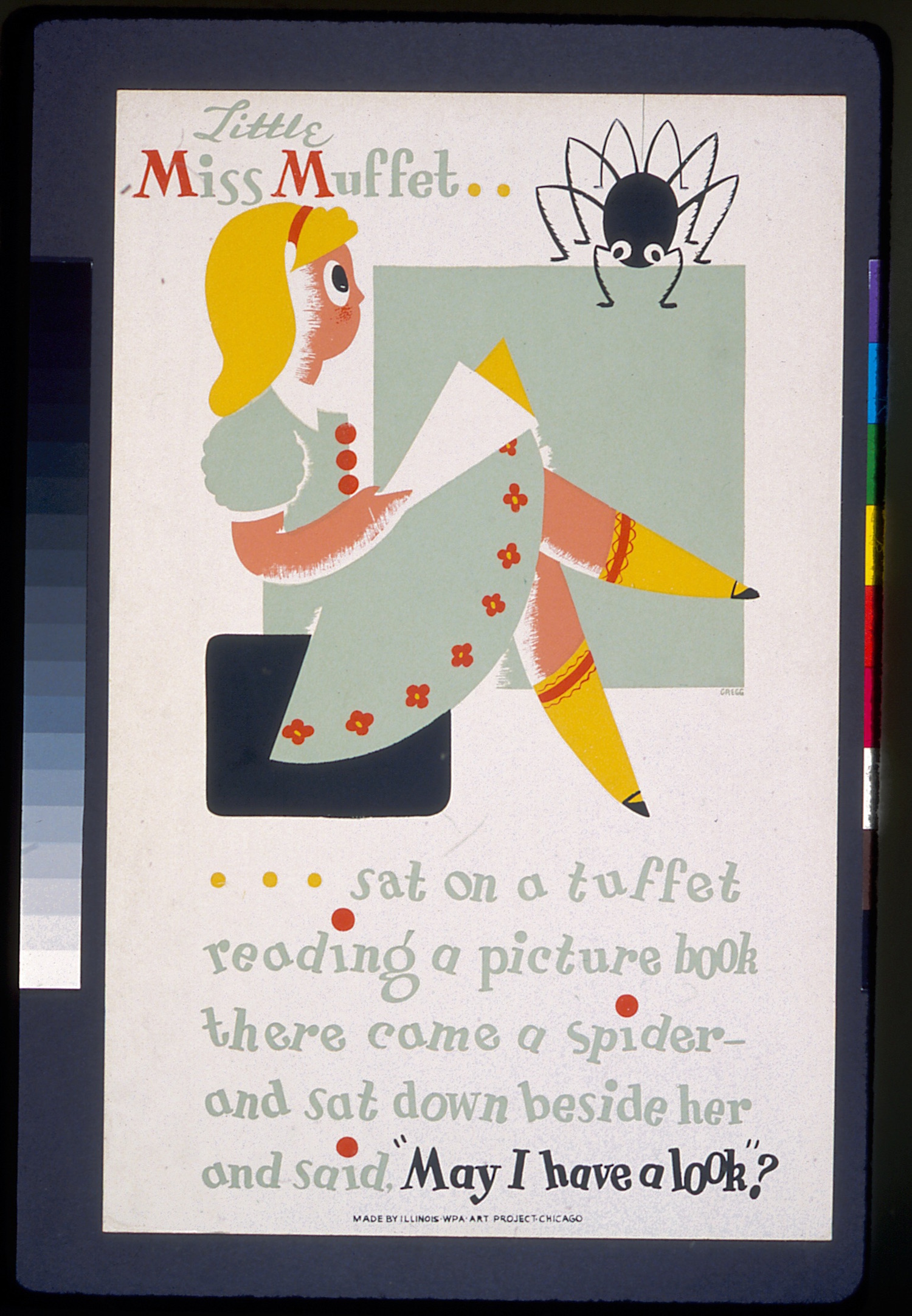 Federal One had lasting successes, as Josh Jones writes:

Orson Welles made his directorial debut, with a hugely popular, all-Black production of Macbeth; Walker Evans, Dorothea Lange, and others documented the Great Depression in their now iconic photographic series; Diego Rivera painted his huge murals of working people; folklorists Alan Lomax, Stetson Kennedy, and Harry Smith collected and recorded the popular music and stories of South; Zora Neale Hurston conducted anthropological field research in the Deep South and the Caribbean; American writers from Ralph Ellison to James Agee found support from the WPA. This is to name but a few of the most famous artists subsidized by the New Deal.

The WPA was formally ended by a presidential proclamation in 1942 which marked the Conclusion of Federal Project Number One.

We’ll be featuring a number of the artists who contributed to the project. First up is Arlington Gregg, whose work for the Illinois WPA Art Project offers sound advice on taking care of books: 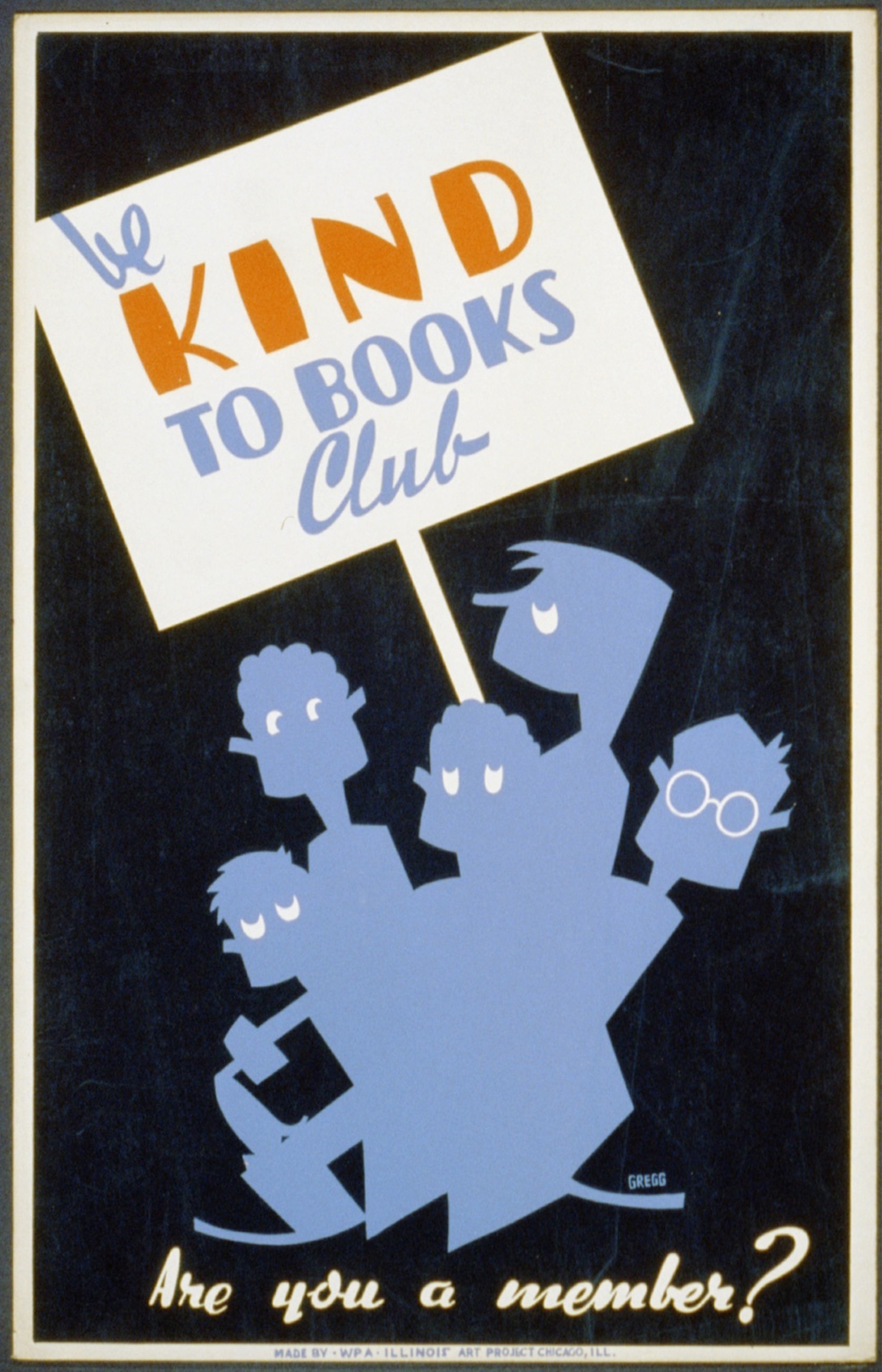 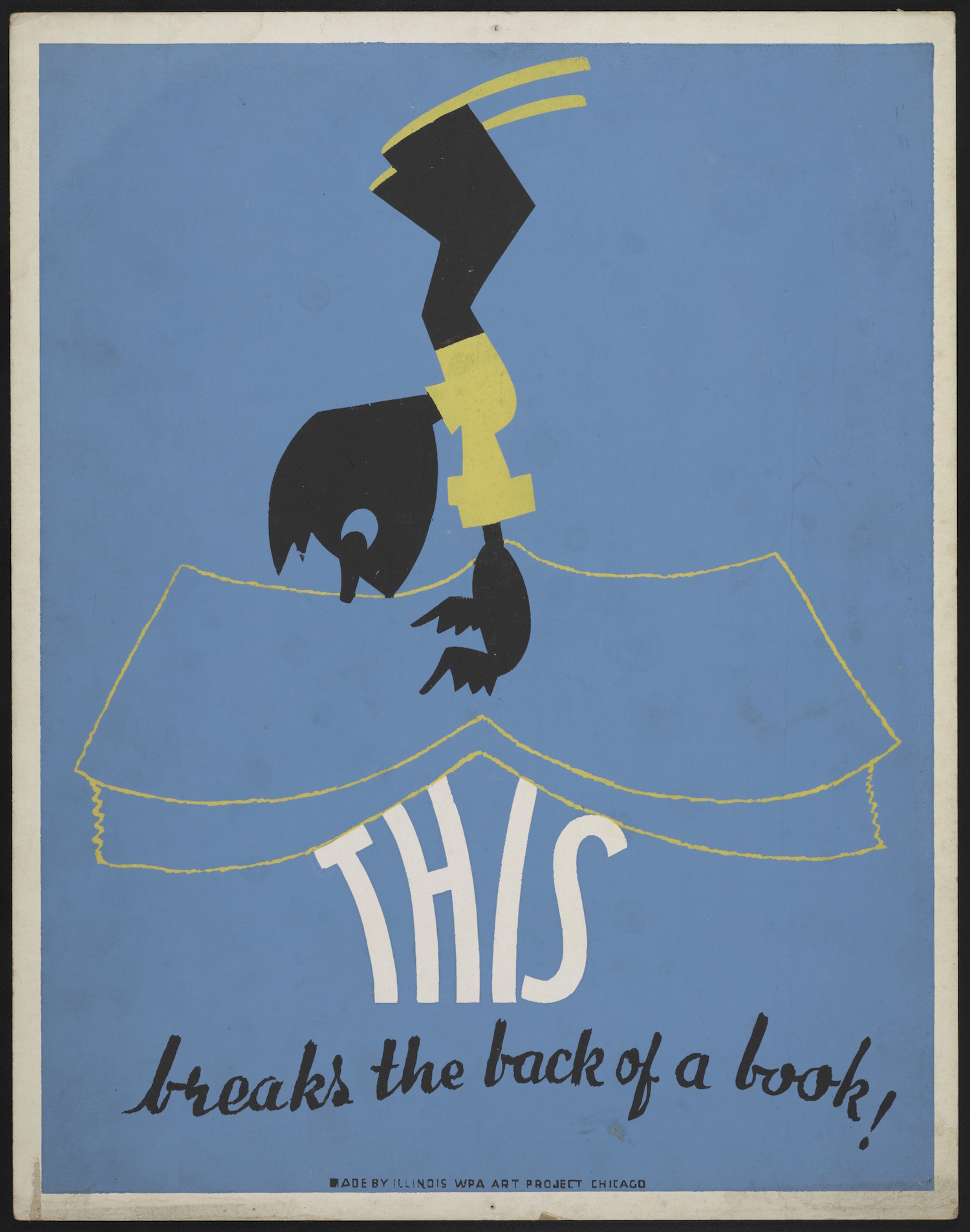 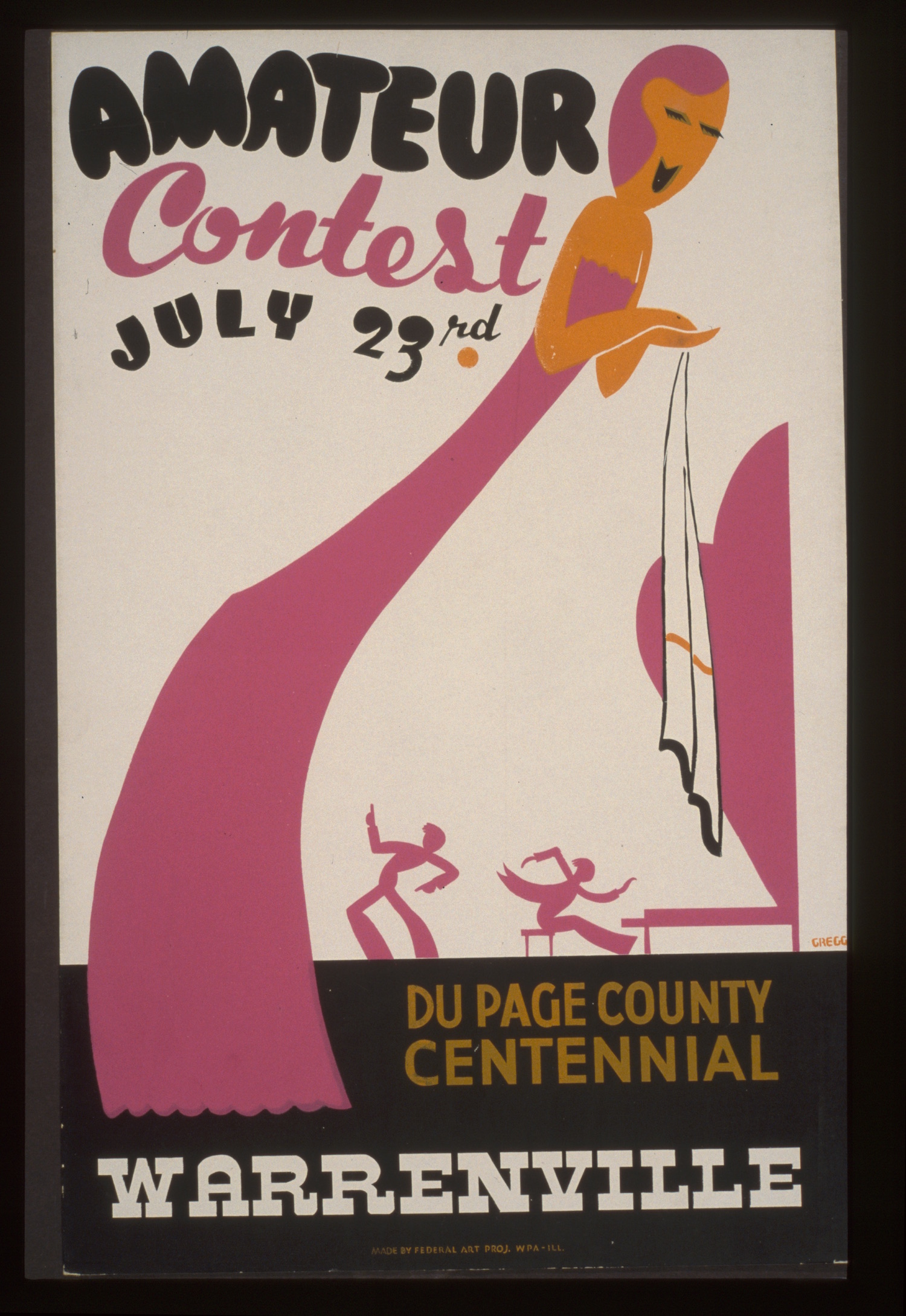 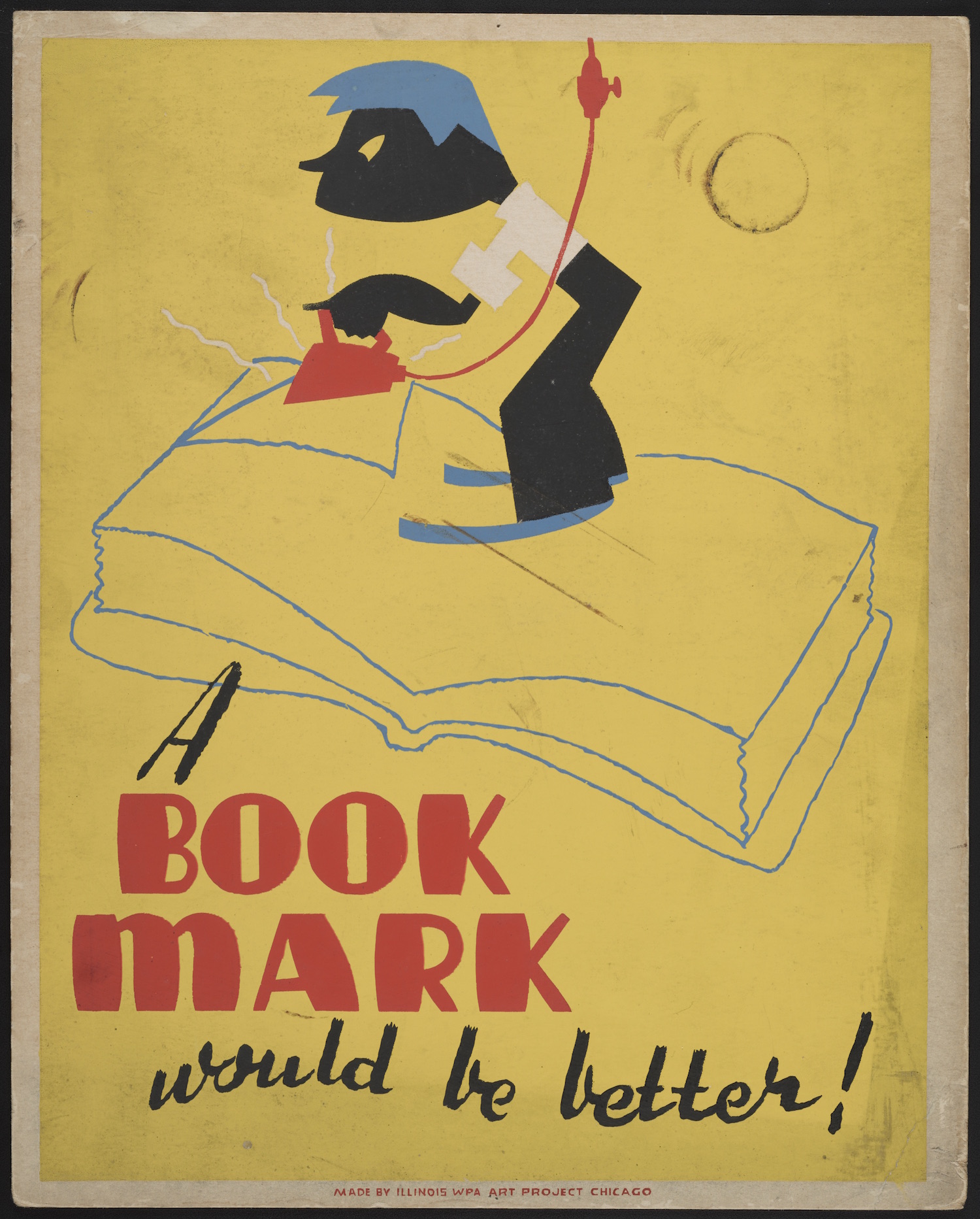 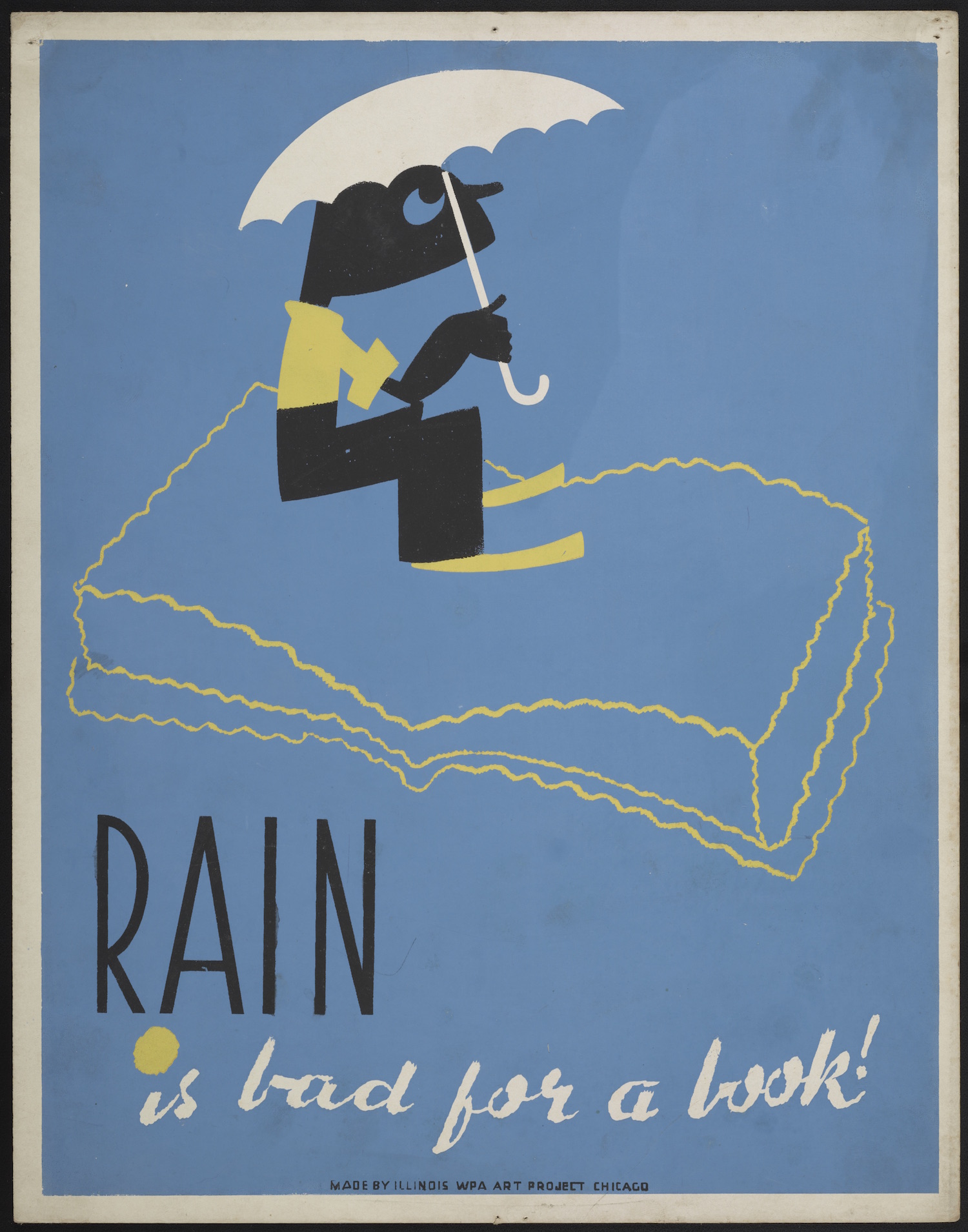 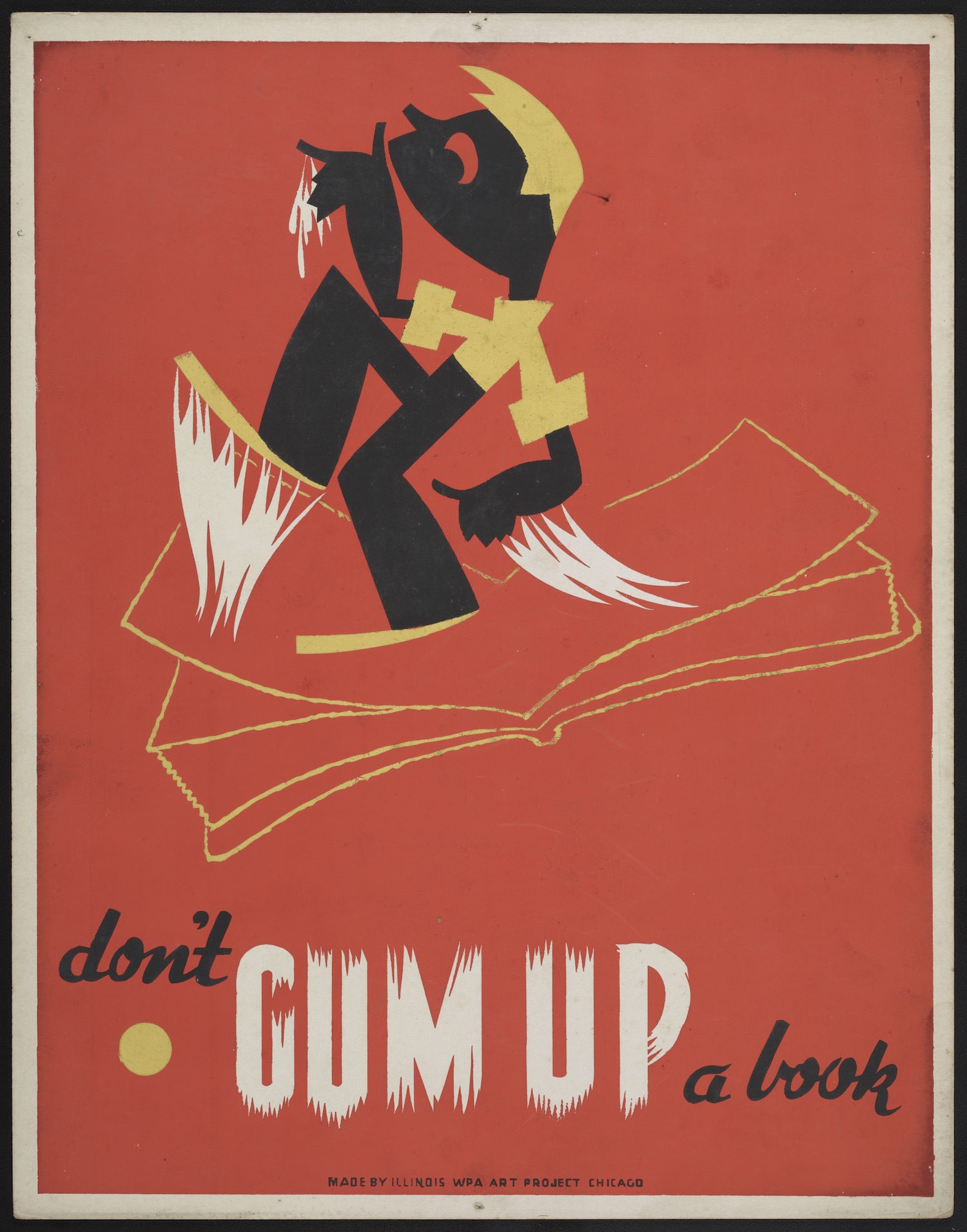 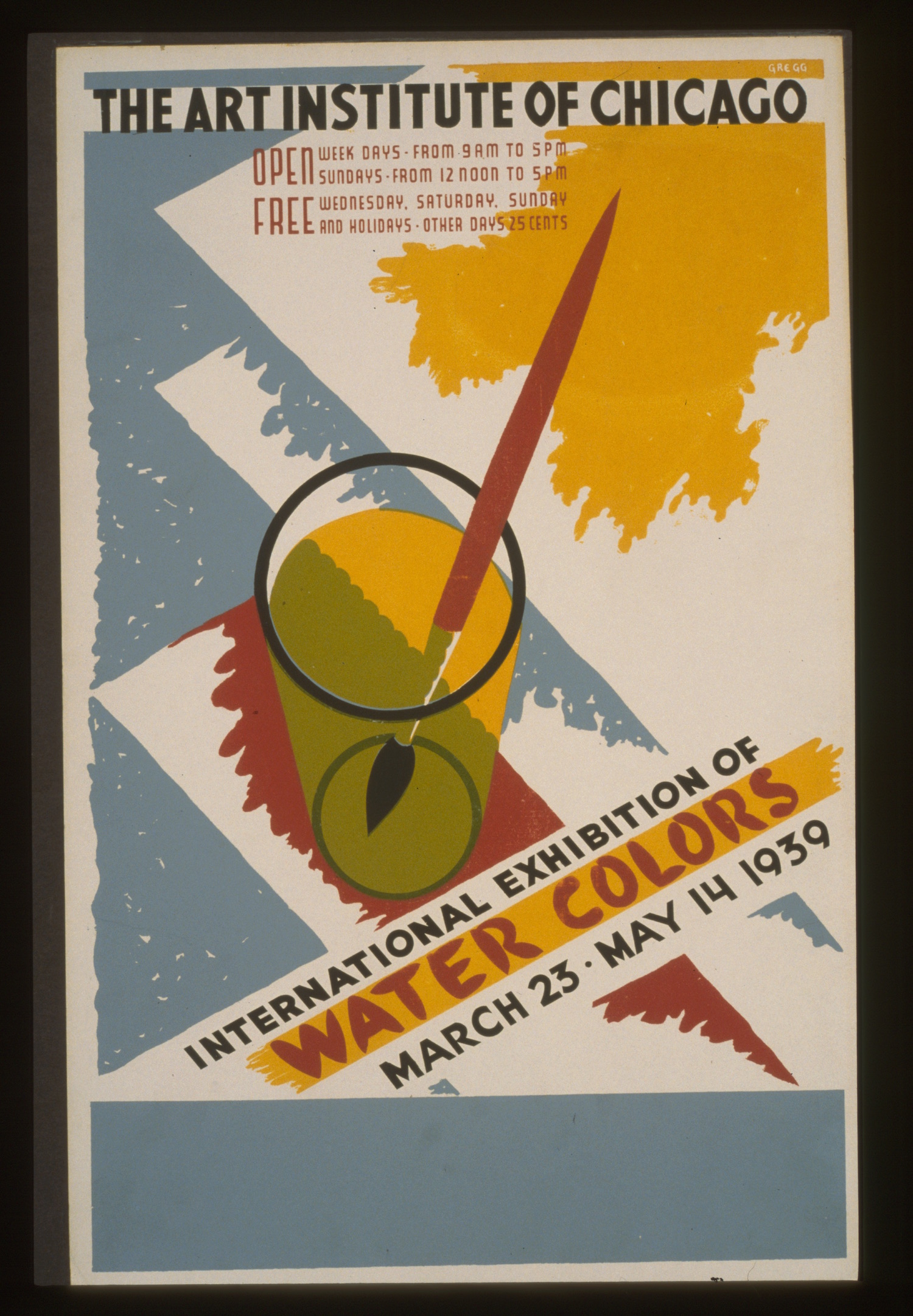 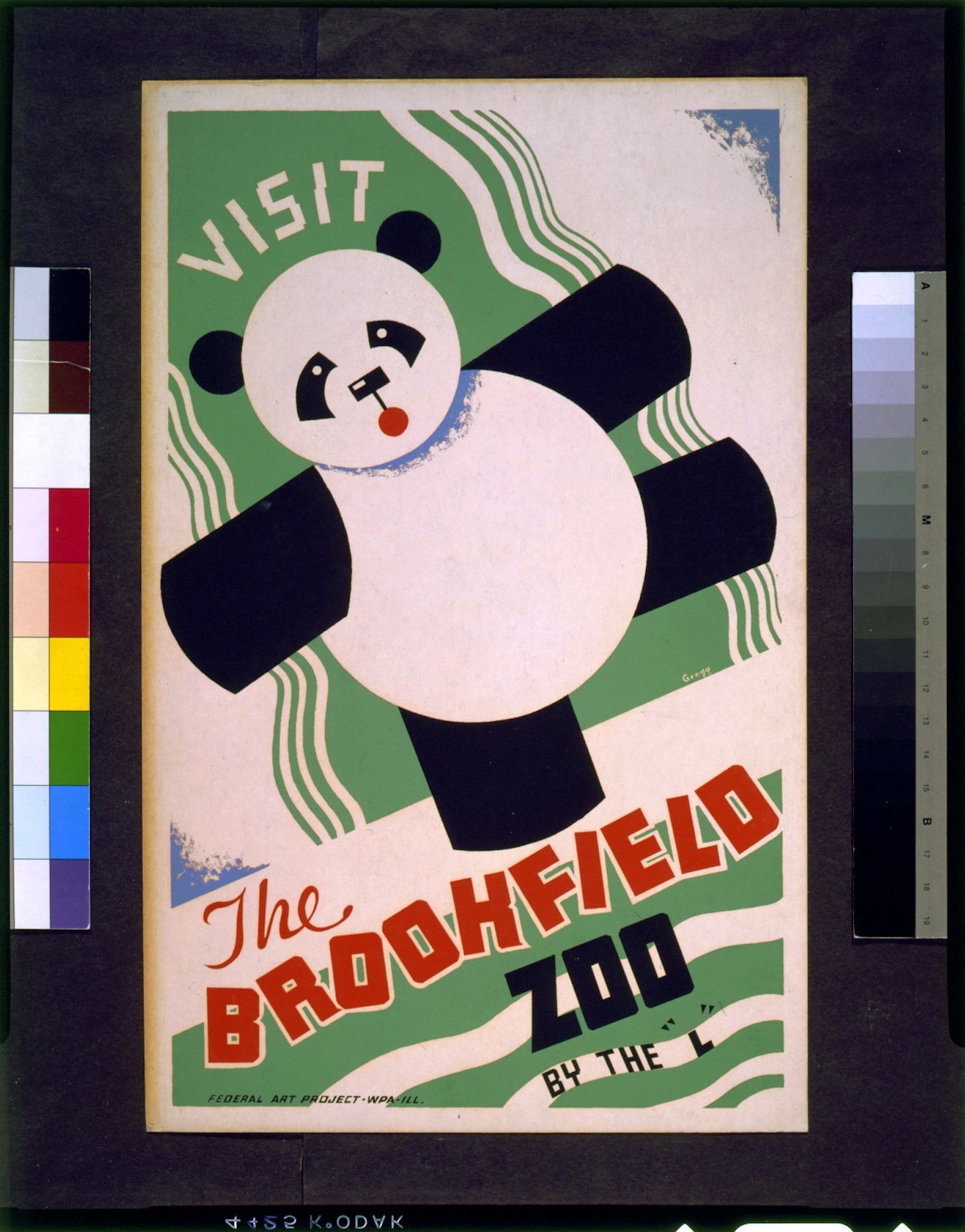 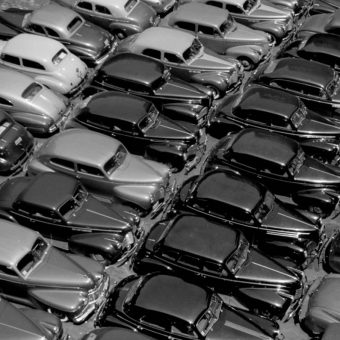 Striking Images of 1941 Chicago by John Vachon, One of the New Deal’s Most Original Photographers