“If I had enough money, I would take busloads of people out to the fields and into the labor camps. Then they’d know how that fine salad got on their table.”
– Roberto Acuna, farm worker

“In the souls of the people the grapes of wrath are filling and growing heavy, growing heavy for the vintage.”
John Steinbeck, The Grapes of Wrath 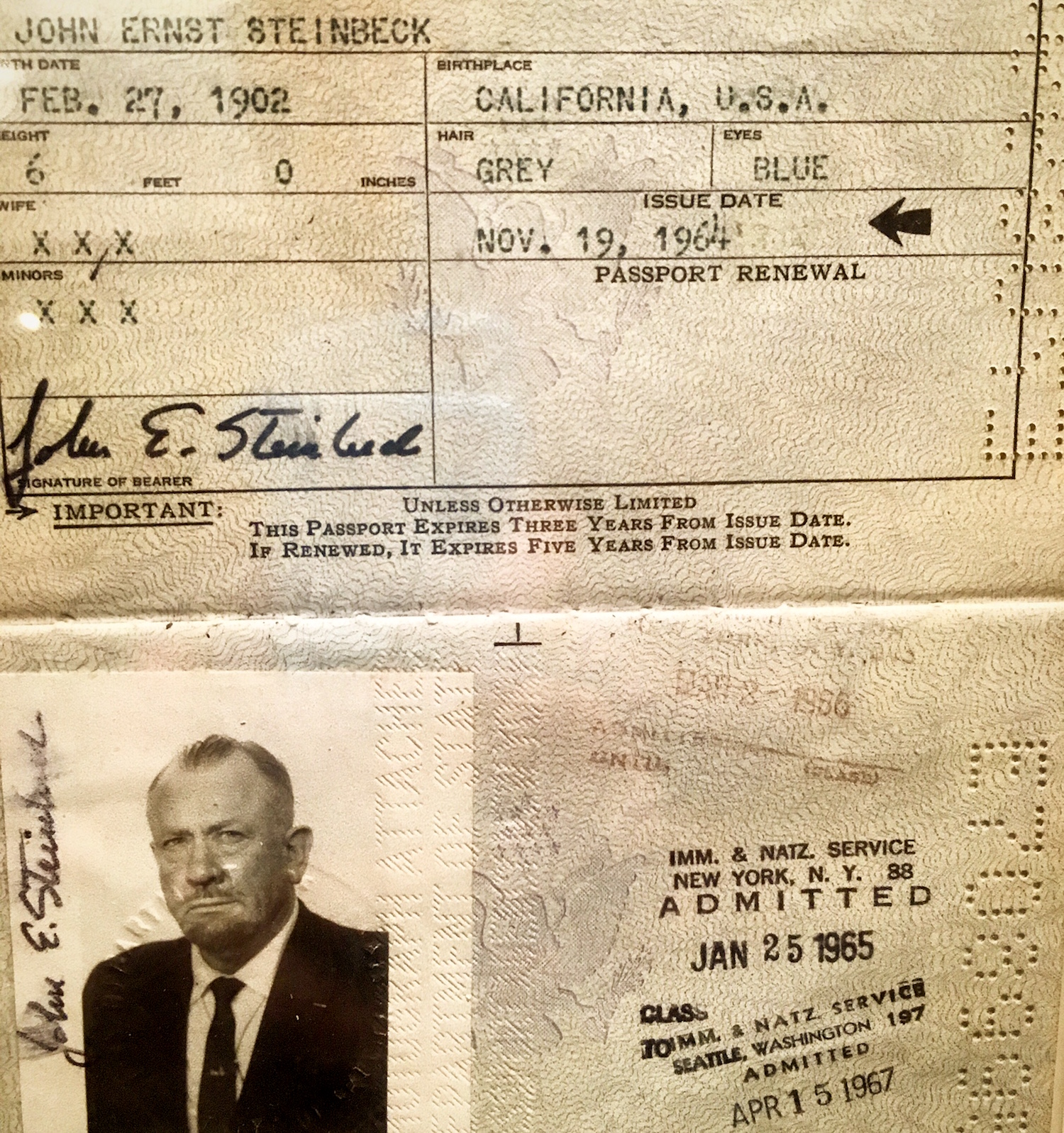 Roberto Acuna picked lettuces in California. His life and others like it helped form The Grapes of Wrath by Pulitzer Prize winning writer John Steinbeck (February 27, 1902–December 20, 1968). Born on the land to a family of migrant crop-pickers, Acuna was there when in September of 1936 frustration at inhuman working conditions turned to anger.

“15, 1936, a convoy of large trucks filled with lettuce rolls through the center of Salinas, California. The road sides are filled with crowds of agitated pickets belonging to the Fruit and Vegetable Union…. Tensions are high, the fuse is lit and the situation explodes. The pickets let fly a hail of stones, bottle, and bricks toward the trucks. Growers protecting the trucks return fire with tear-gas…police officers wielding clubs and ax handles attack the crowd.”

Agricultural workers began to unionize in the 1930s. Filipino workers in Salinas, California formed the Filipino Labor Union in 1933. In 1934 and ’36 the union organised strikes in pursuit of a wage increase. The local sheriff, growers and vigilantes did for the first, torching the workers’ camp and evicting them at gun point. In 1936, the strikers lost again in no less brutal manner. 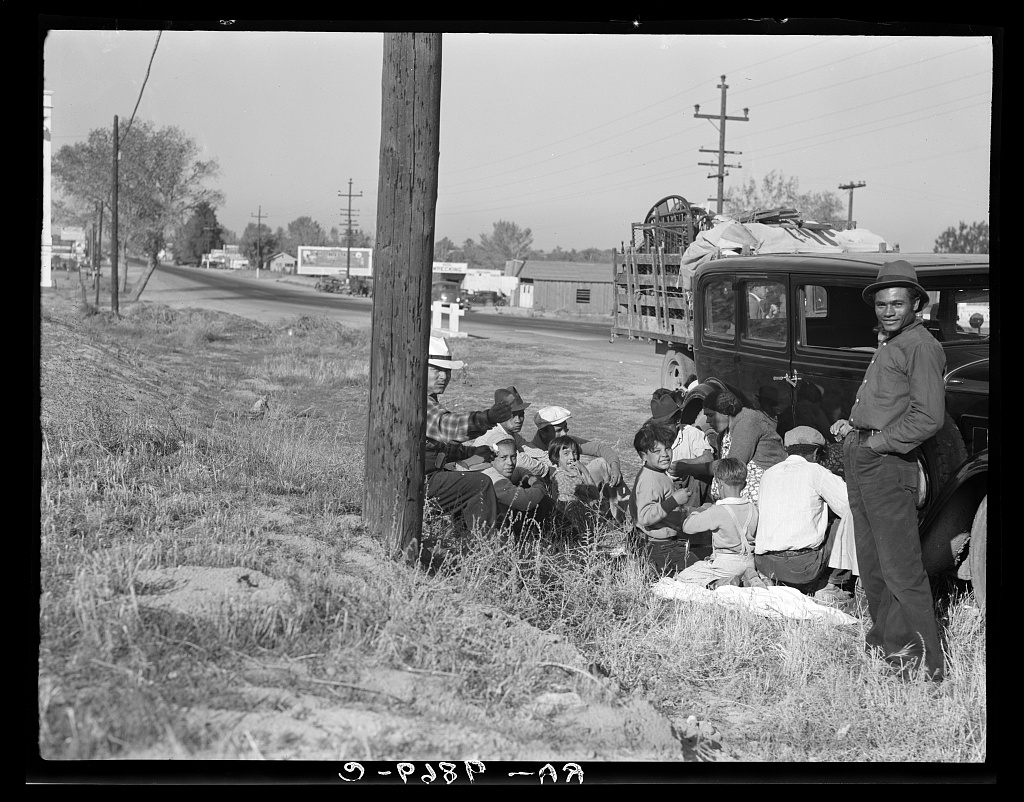 He again chronicled the struggles of agricultural labourers in a series of seven articles called “The Harvest Gypsies“ he wrote for the San Francisco News, published daily from October 5–12, 1936. According to Steinbeck scholar Robert DeMott, Steinbeck wrote these stories after “countless hours of listening to migrant people, working beside them, listening to them and sharing their problems”.

And there was the book that never was. Steinbeck finished L’Affaire Lettuceberg and then destroyed it. Steinbeck wrote to his editor: “This is going to be a hard letter to write… this book is finished and it is a bad book and I must get rid of it. It can’t be printed. It is bad because it isn’t honest.”

He’d try again to tell the story of hard-working people fighting for dignity and to be recognised as humans doing work with meaning. The Grapes of Wrath hit home. But would things change? 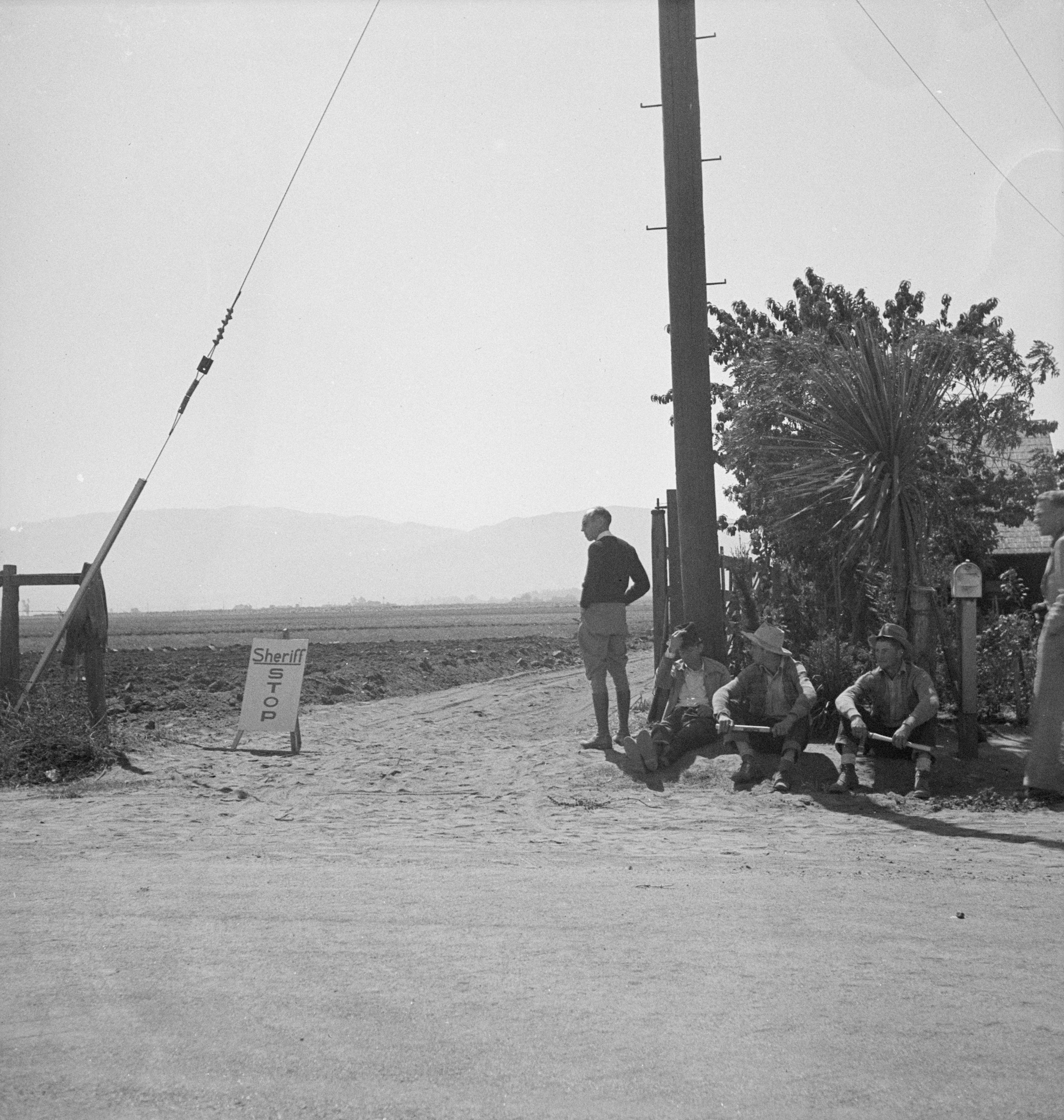 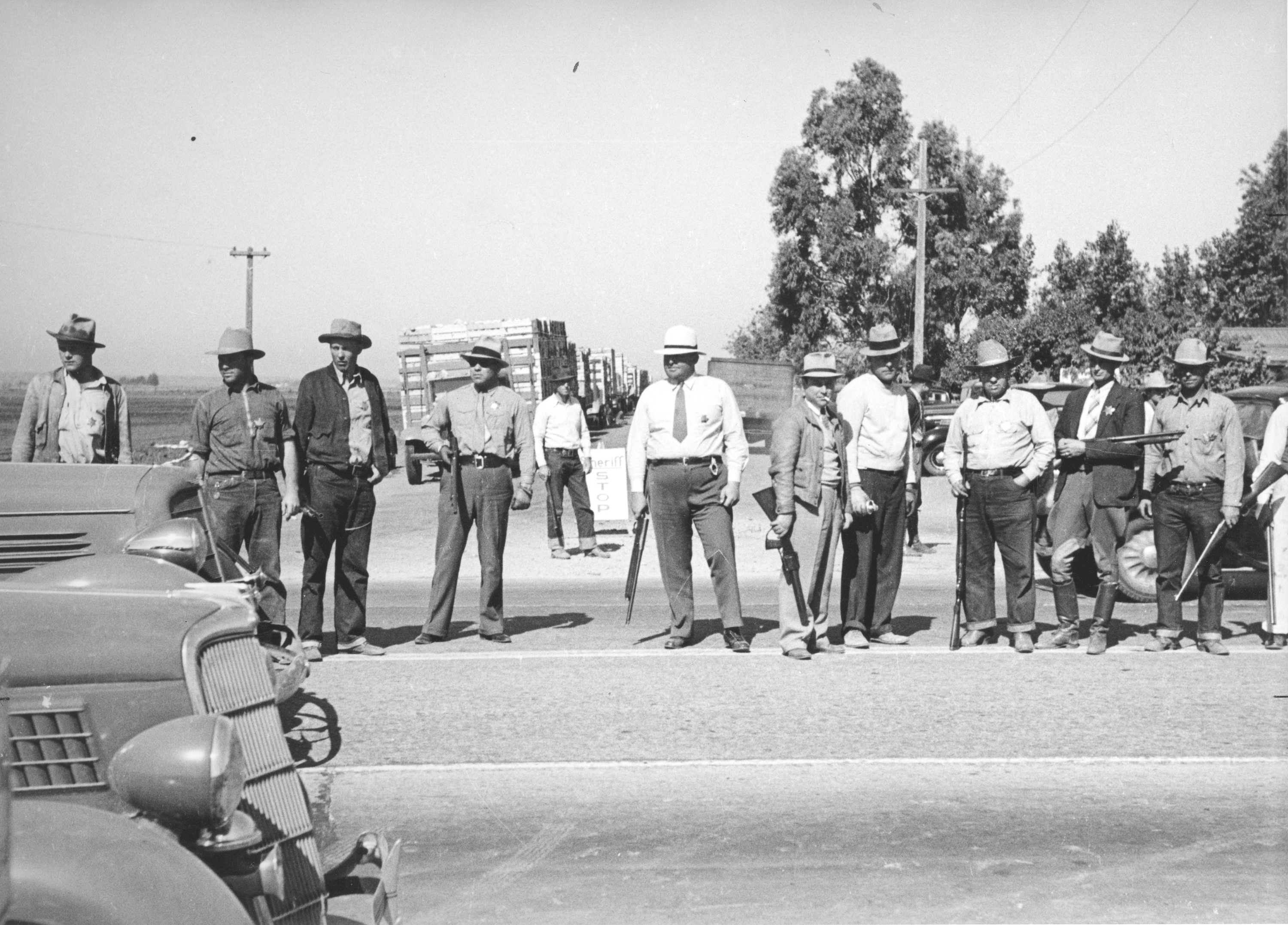 Law enforcement creating a blockade during the Salinas Lettuce Strike, 1936. Sheriff Carl H. Abbott declared the situation “beyond the ability of the regularly constituted law enforcement agencies.” Citing Penal Code Section 723, Abbott commanded all able-bodied male citizens between 18 and 45 to report to his office and assist him in seizing, arresting, and confining persons. Residents were forbidden to congregate on the public streets and public places of the city. 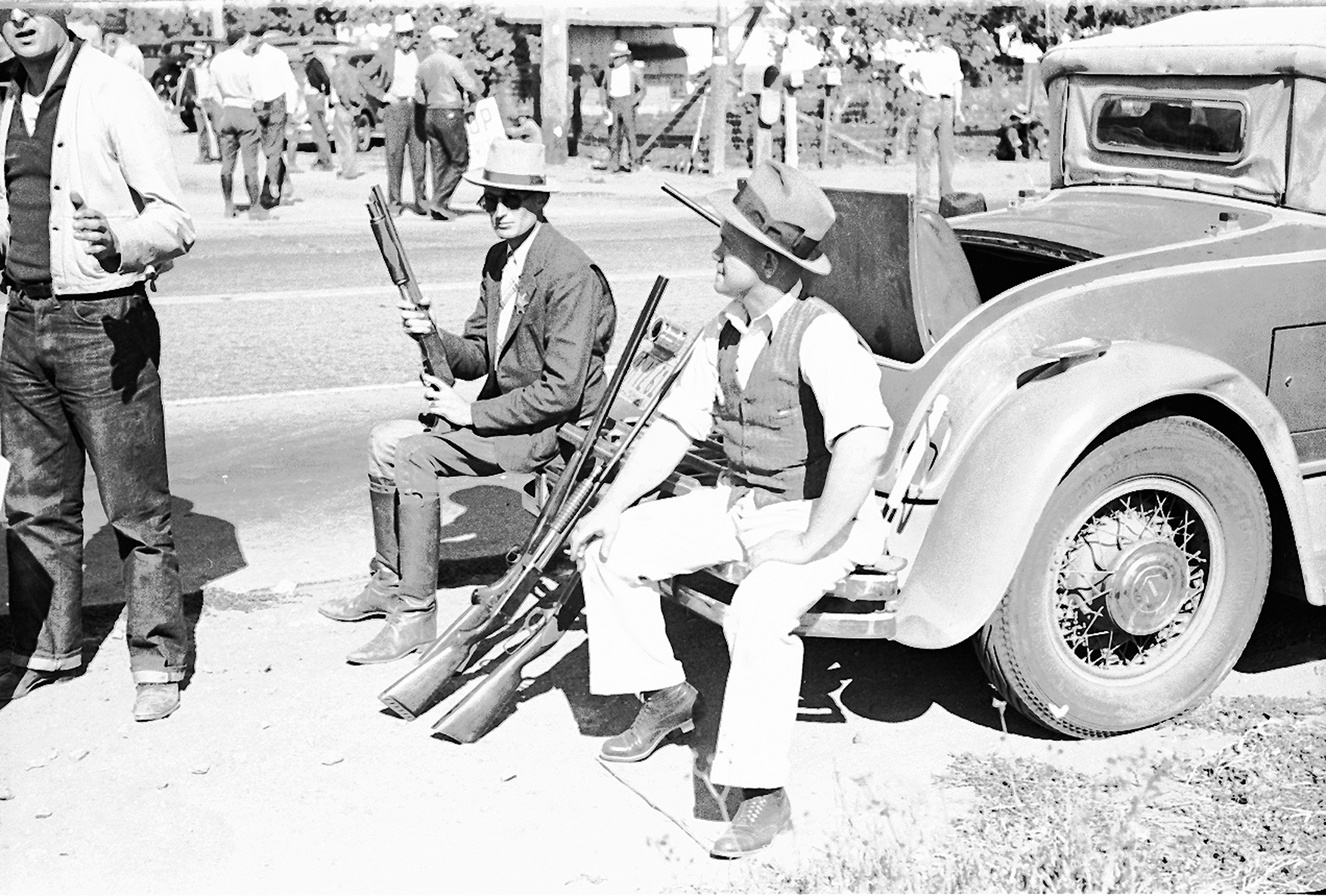 In conversation with American writer Studs Terkel (May 16, 1912 – October 31, 2008), Acuna told his story. You can read it Terkel’s 1972 book, Working in which, as the forward states, “Mr. Terkel found, work was a search, sometimes successful, sometimes not, ‘for daily meaning as well as daily bread.”

“Working in the fields is not in itself a degrading job,” says Acuna. “It’s hard, but if you’re given regular hours, better pay, decent housing, unemployment and medical compensation, pension plans – we have a very relaxed way of living. But the growers don’t recognize us as persons. That’s the worst thing, the way they treat you. Like we have no brains. They have only a wallet in their head. The more you squeeze it, the more they cry out.” 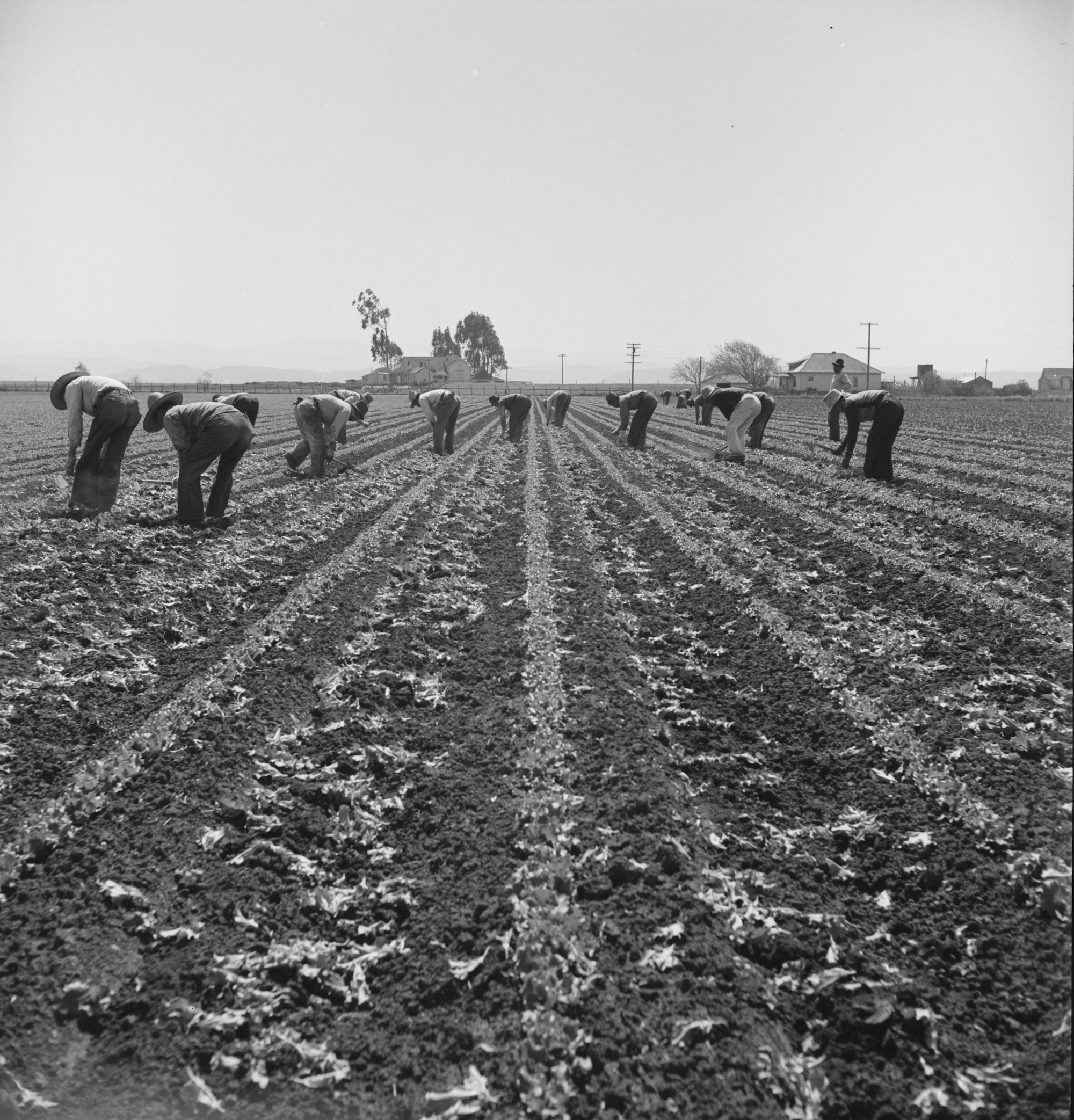 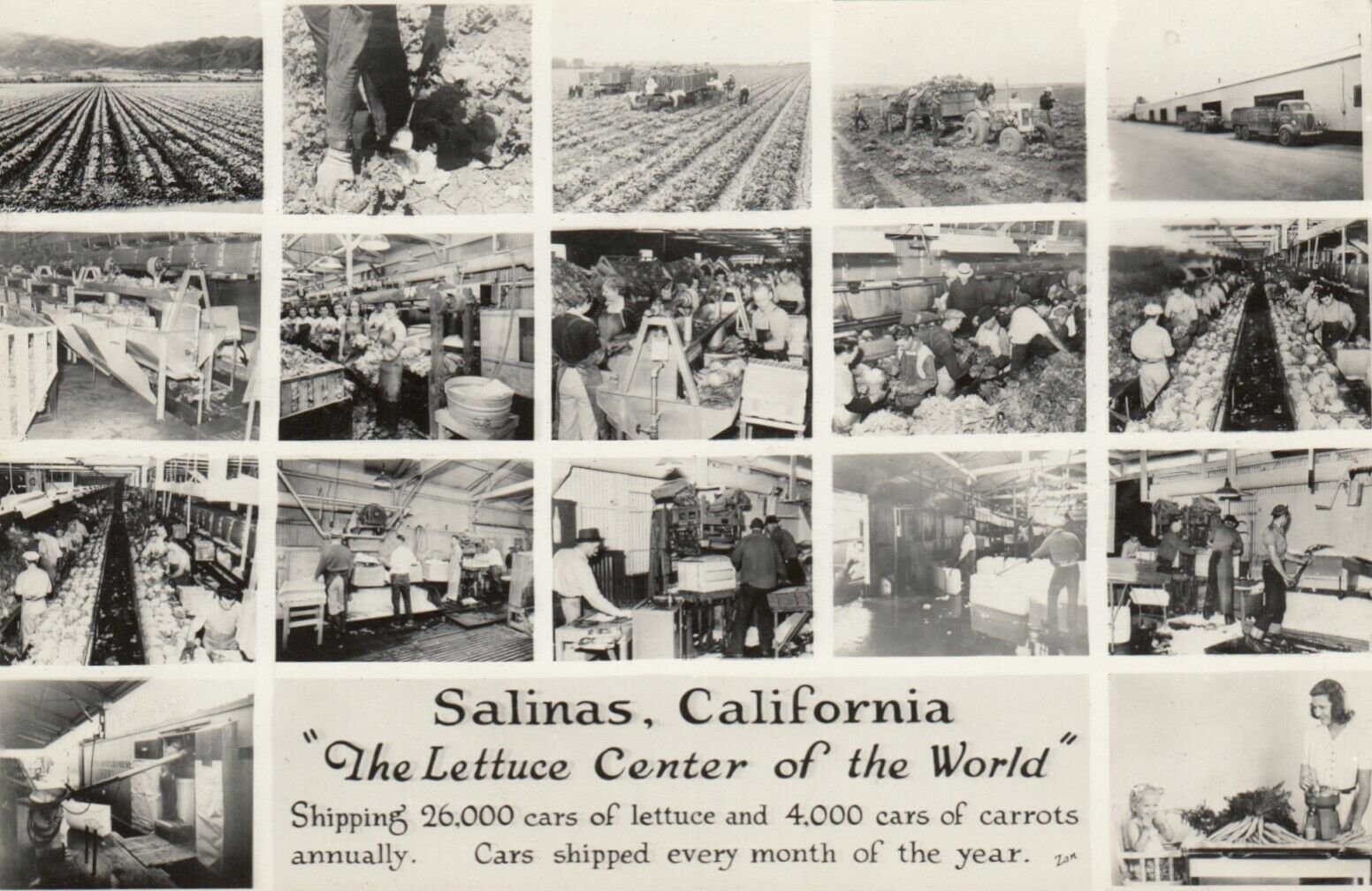 Steinbeck was listening. He looked on as oranges and livestock were destroyed to keep prices high. He writes in the Grapes of Wrath.

The people come with nets to fish for potatoes in the river, and the guards hold them back; they come in rattling cars to get the dumped oranges, but the kerosene is sprayed. And they stand still and watch the potatoes float by, listen to the screaming pigs being killed in a ditch and covered with quick-lime, watch the mountains of oranges slop down to a putrefying ooze; and in the eyes of the people there is the failure; and in the eyes of the hungry there is a growing wrath.

In the souls of the people the grapes of wrath are filling and growing heavy, growing heavy for the vintage.”

Others were listening, too. Reverend Leon Milton Birkhead (April 28, 1885-December 1, 1954) was a Christian missionary-turned atheist preacher and National Director of his pet project ‘Friends of Democracy’. “The churches are on the wrong pedestal,” he opined. “They do not understand life as it is, they talk too much on how it should be, yet lack a remedy to change the conditions. Let the churches get close to the quivering pulse of humanity, and we will have a better world.” Making Heaven on Earth was a noble call.

In the summer of 1931 Birkhead spent part of European tour in Germany. Intrigued by the Nazis, he returned in 1935 and met Julius Streicher, the ‘Jew-baiter of Nuremberg’ who founded and published the virulently anti-semitic newspaper Der Stürmer. During the meeting Streicher’s secretary boasted about the worldwide network of anti-semitic sympathizers. She showed Birkhead lists of their “friends” in the United States. Birkhead began collecting information on the names he’d seen. In 1937, Friends of Democracy began to monitor various fascist and communist sympathizers.

“His first target was Gerald Winrod, an anti-semitic minister in Wichita who was running for the Senate in 1938,” says the Unitarian Universalist History & Heritage Society. “Winrod, called by some the ‘Jayhawk Nazi’, was defeated largely because of Birkhead’s efforts that included a brochure called “What’s Wrong With Winrod.” (Not that other weren’t just as vociferous in their opposition to Winrod, if not more so.) 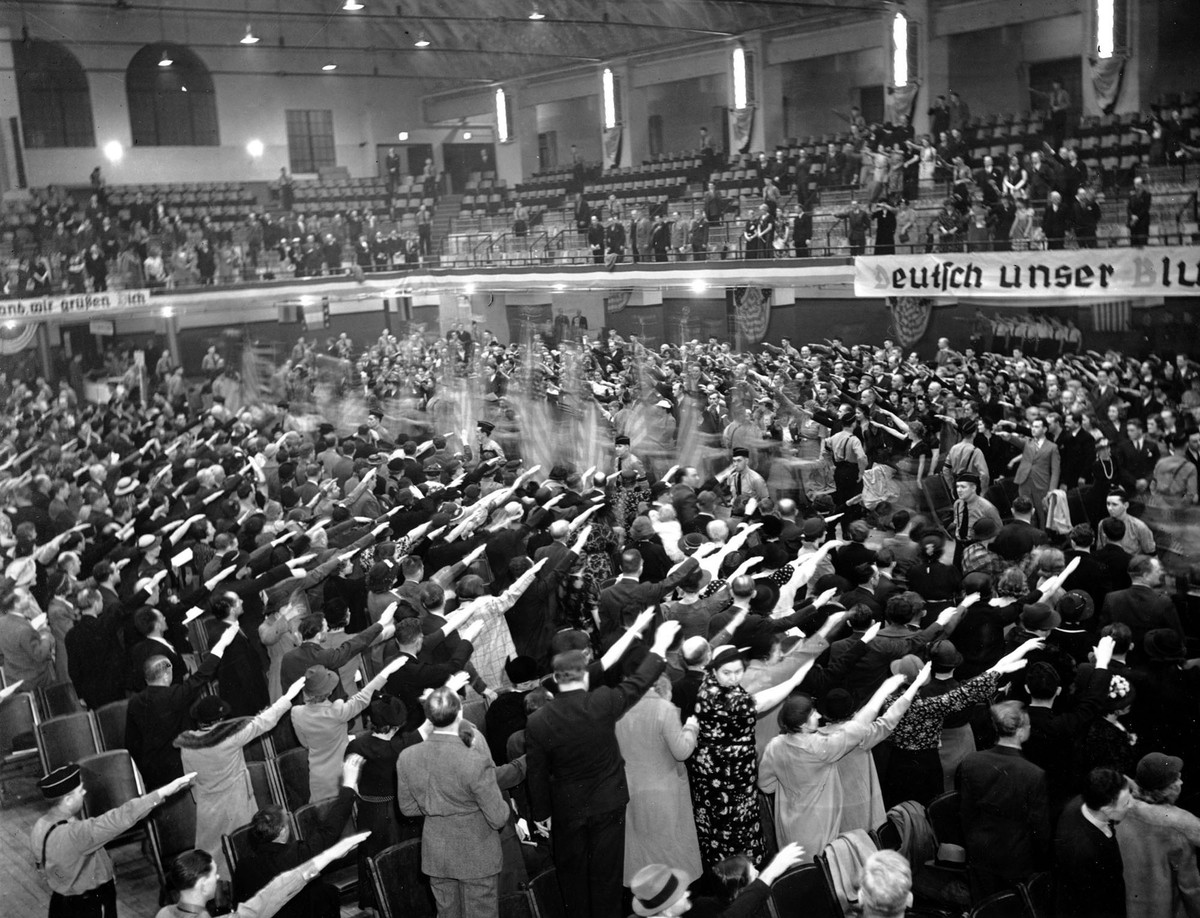 Pro-Nazi members of various singing and gymnastic societies salute a procession of flags at White Plains Hall in N.Y. in April in the 1930s.

And so from the Friends of Democracy head office in New York City, on May 2, 1940 Birkhead wrote Steinbeck a letter. He said he is “combating the pro-Nazi and anti-Semitic propaganda so wide-spread throughout the country.” And then he posed a question:

I hope you will not think I am impertinent, but our organization has had put up to it the problem of your nationality. You may consider that it is none of our business, nor the business of anyone else in the country. However, there is a very widespread propaganda, particularly among the extreme reactionary religionists of the country, that you are Jewish and that ‘Grapes of Wrath’ is Jewish propaganda.

I wonder if you have any sort of statement that you could send me which would clarify this issue. I think you will be interested in the work that our organization has been doing in combatting the pro-Nazi and anti-Semitic propaganda so widespread throughout the country.

I am sending you a copy of our most recent publication, ‘Father Coughlin: Self-Condemned.'”

Too many ask today that same question on race and identity. In 2003, a writer for the UK’s The Guardian newspaper opined: “I have developed a habit when confronted by letters to the editor in support of the Israeli government to look at the signature to see if the writer has a Jewish name. If so, I tend not to read it.” Know your race, and they know your mind? No debate. No complexity. No individuality. From the Filipino picking lettuce and asking for the same rights as white unions to the Jew expressing a thought, you are reduced to your racial identity.

And now pause to ask yourself, innocent reader, what I have saved you from. Jewish cunning? A Jew concealing his identity in order to win you round to his way of thinking? But how could I do that, Jewish or otherwise, unless my thinking struck you as persuasive? And would discovering my identity make my reasoning at a stroke unpersuasive? Is there a reader out there so gullible or so easily manipulated that he cannot assess the worth of an argument on its own merits, but first must know the ethnic identity of the person from whom it originates?

Jacobson reaches the crux of such a question:

…he who would ask any man to declare himself ethnically or religiously makes a stranger of him, saying this is my country not yours.

I am answering your letter with a good deal of sadness. I am sad for a time when one must know a man’s race before his work can be approved or disapproved. It does not seem important to me whether I am Jewish or not, and I know that a statement of mine is useless if an interested critic wishes to ride a preconceived thesis… It happens that I am not Jewish and have no Jewish blood but it only happens that way. I find that I do not experience any pride that it is so.

If you wish – here is my racial map although you know what an intelligent anthropologist thinks of racial theories. As you will see, I am the typical American Airedale.

Anyway there it is. Use it or don’t use it, print it or not. Those who wish for one reason or another to believe me Jewish will go on believing it while men of good will and good intelligence won’t care one way or another. I can prove these things of course – but when I shall have to – the American democracy will have disappeared. 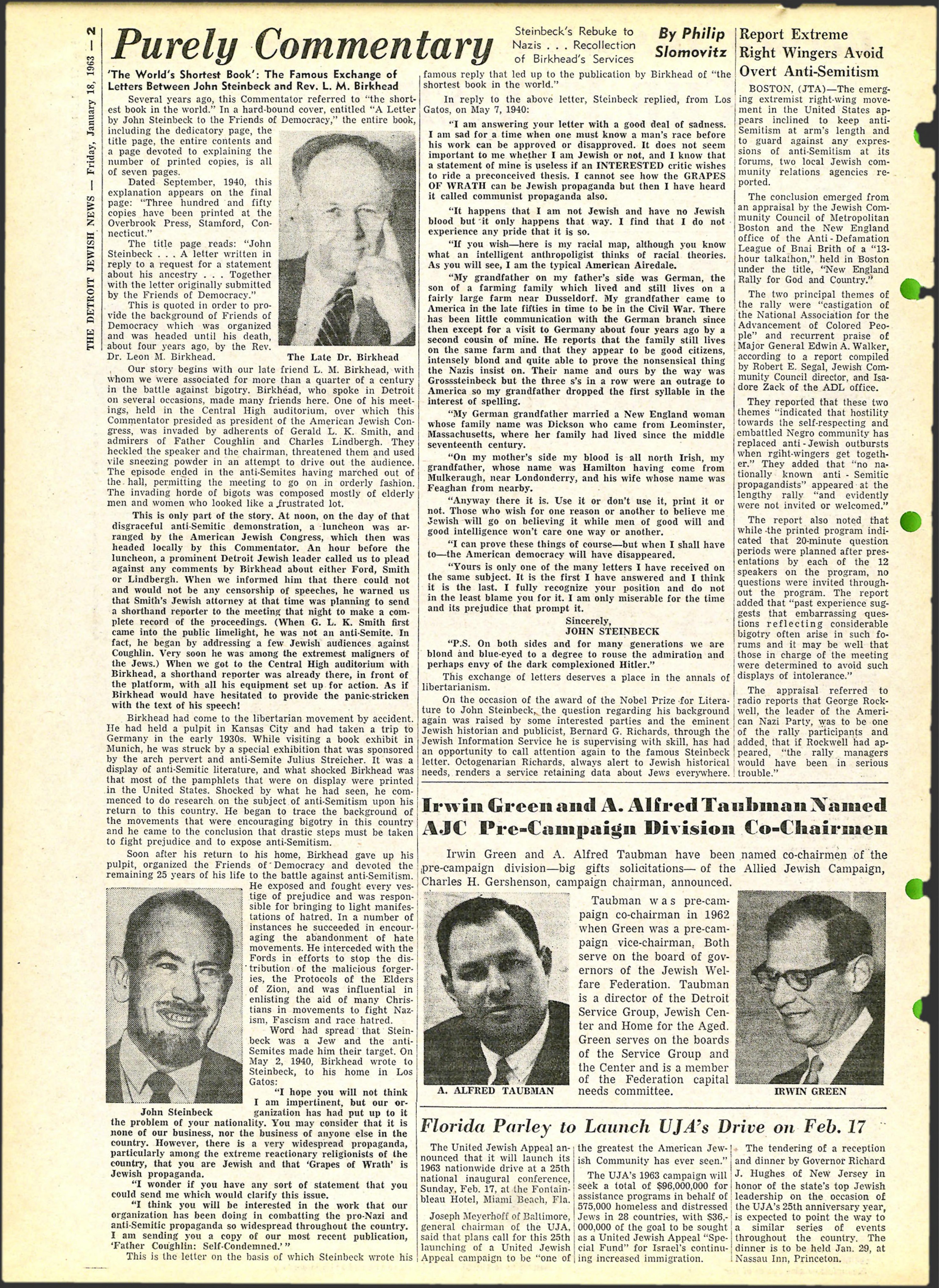 Steinbeck’s letter in full – Via University of Michigan 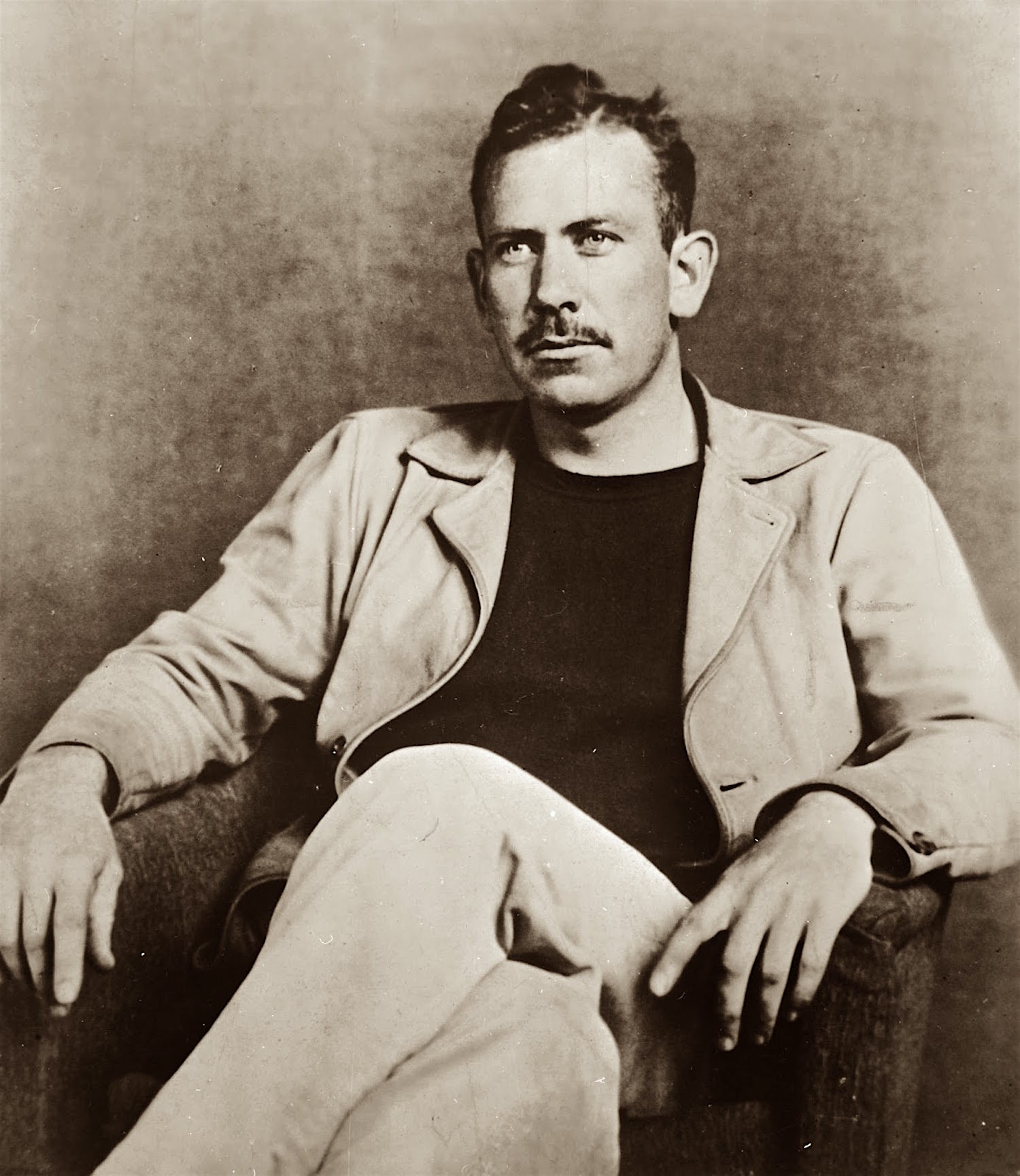