Albina Felski (1916–1996) was a Canadian–American self-taught folk artist. Her work can be found in the collections of the Smithsonian American Art Museum and the Smart Museum of Art. She began to paint in 1960. ​

As she wrote: “Im very busey [sic] around the house and I work in a factory I paint in fall, winter & spring time I enjoy summers the most.” 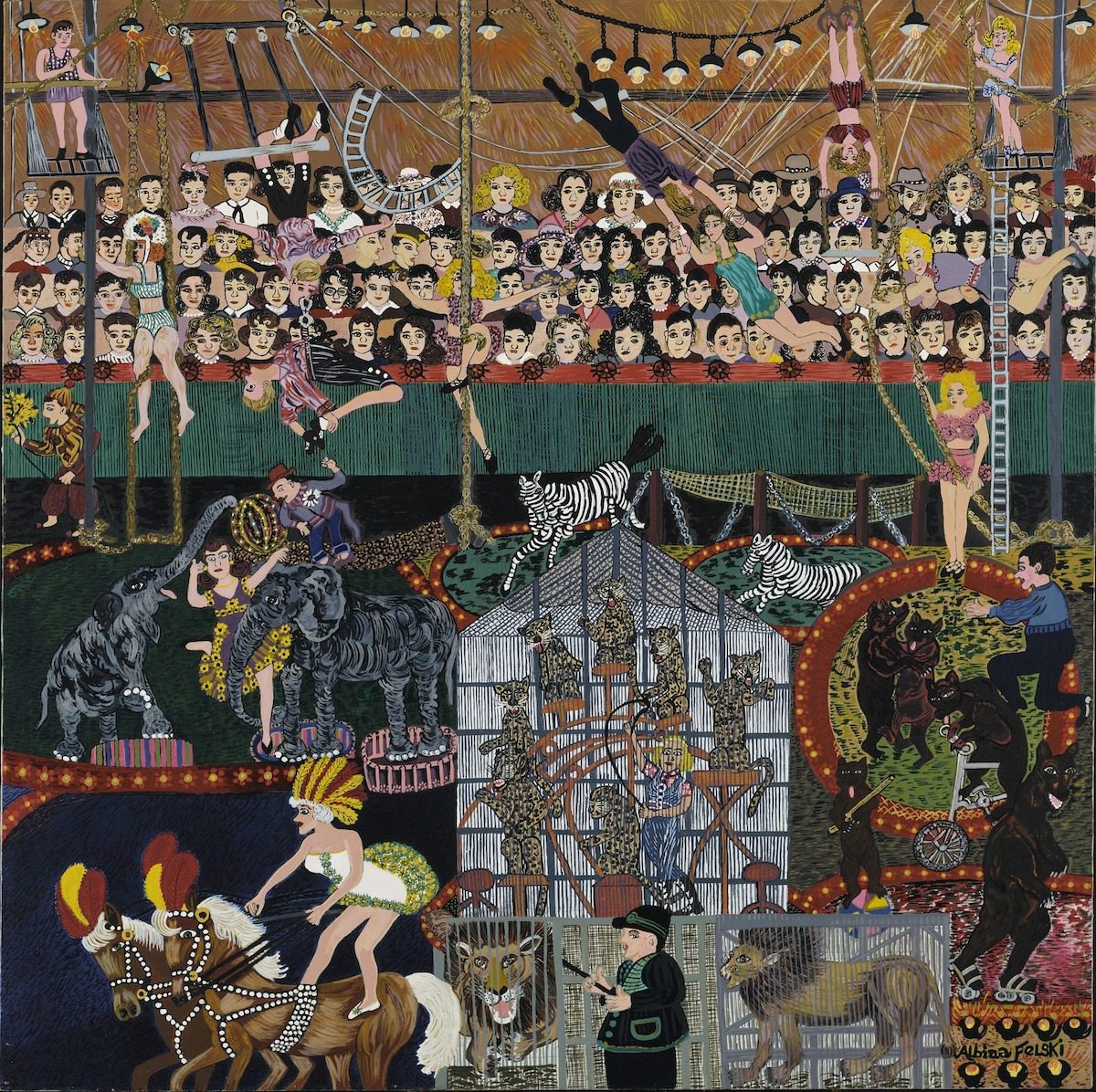 Albina Felski took almost a year to complete a single painting, working from the top to the bottom of a large canvas (typically 4ft x 4ft) without making any preliminary sketches. The Circus (above) shows in detail an eight-ring circus with almost all the acts performing.

Having worked as a rivet catcher in a Canadian shipyard during the war, in 1945 Felski came to Chicago from her native British Columbia, working for 27 years in an electronics factory, doing machine and assembly work. Upon retirement, she painted often. She owned an easel but preferred to pain on a canvas spread flat on a table, her work inspired by childhood memories of her homeland.

Her work is often billed as ‘outsider art’, making her an outsider artist, a term that carries hints of the peculiar. Better, perhaps, to refer to her work as contemporary folk art. Whatever the label, it’s gorgeous. 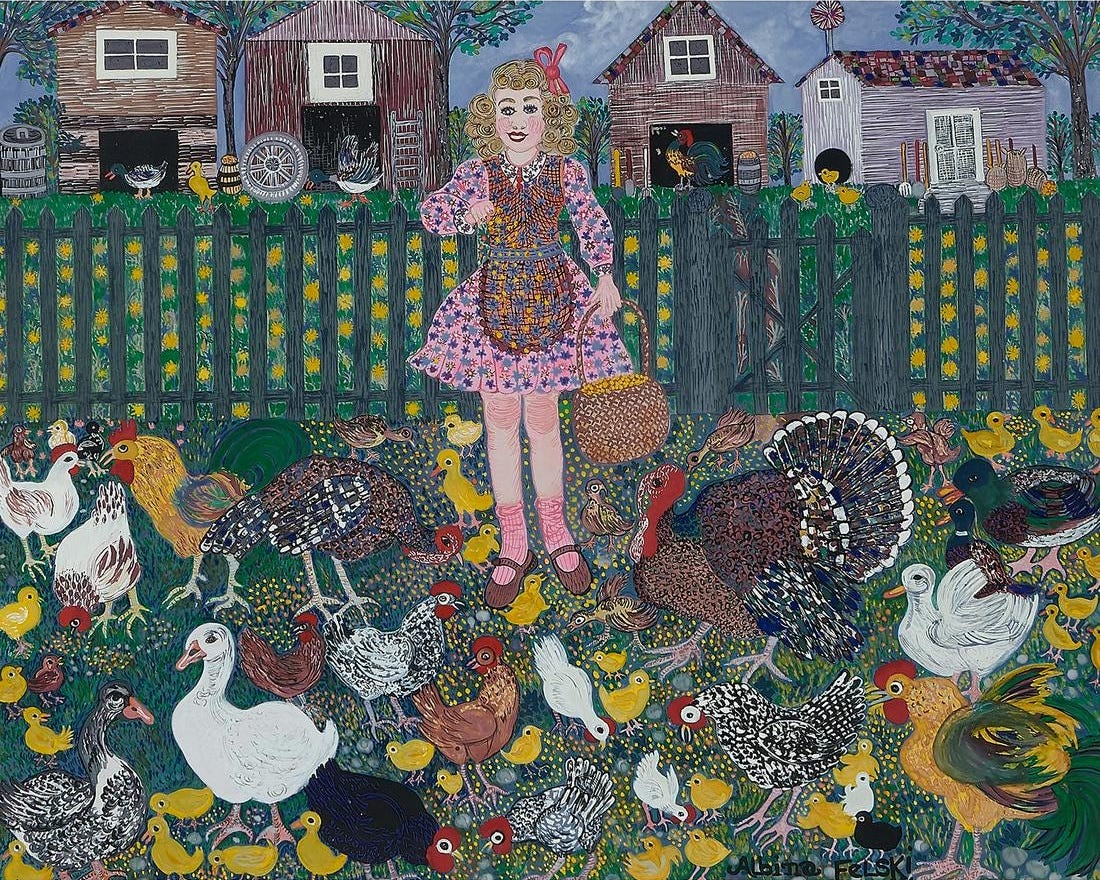 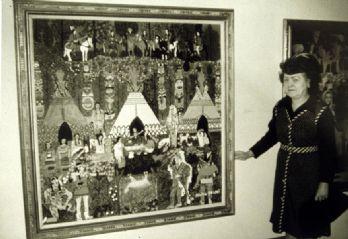 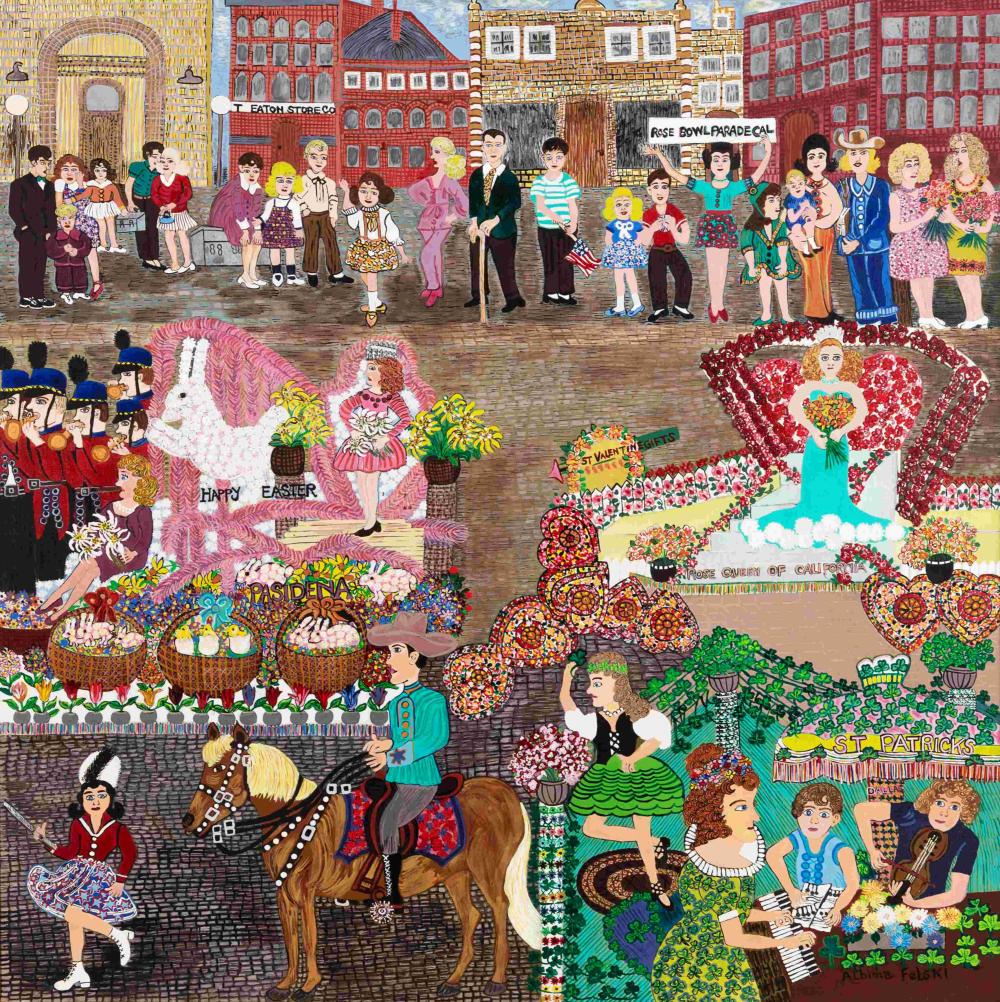 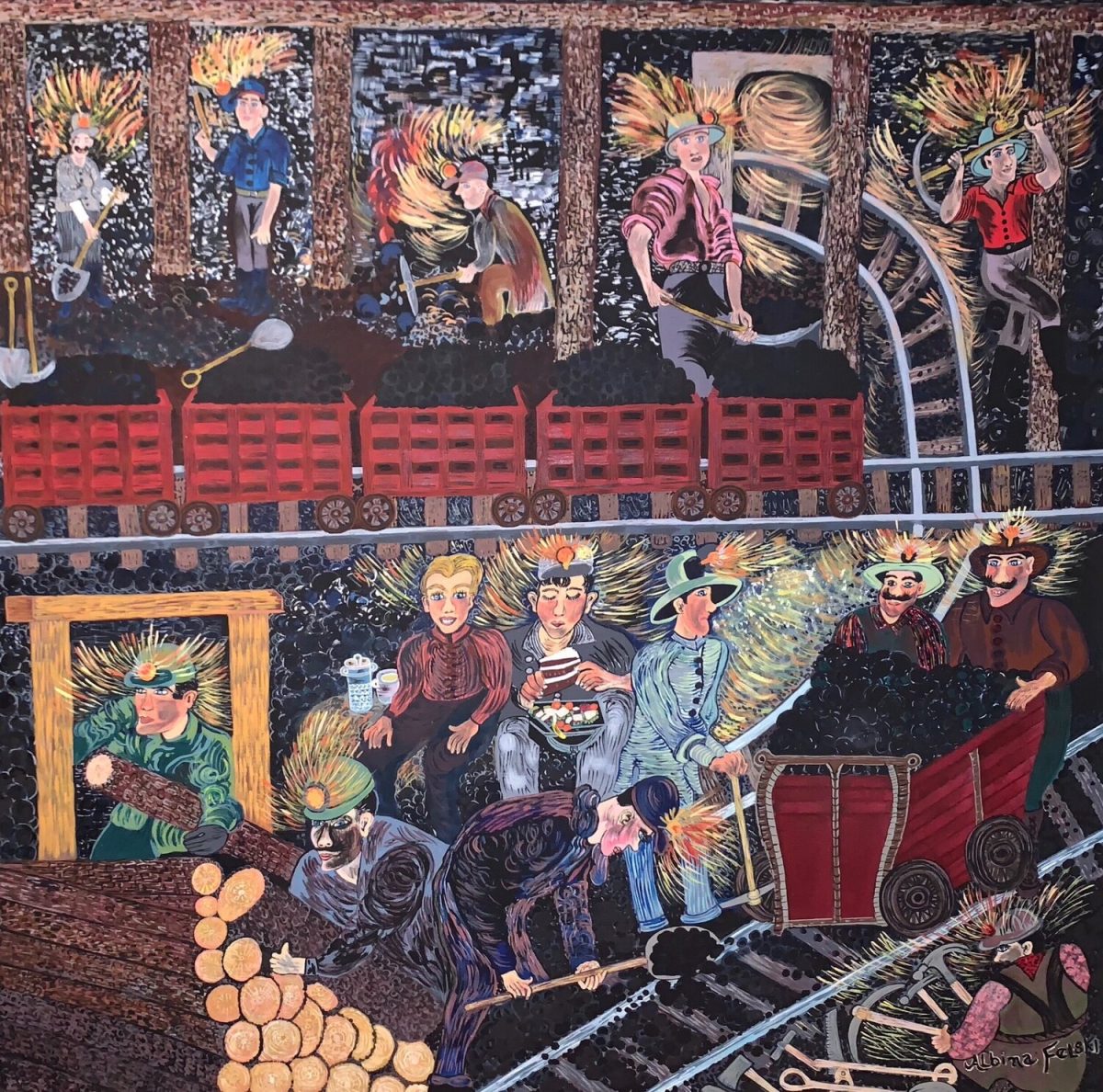