“Oh I’m an incredible sausage machine, a perfect sausage machine!… I always think it must end soon, then I’m so glad when the next one comes along and it’s not so difficult to think of something new after all” – Notes from an interview for The New York Daily News. 1975 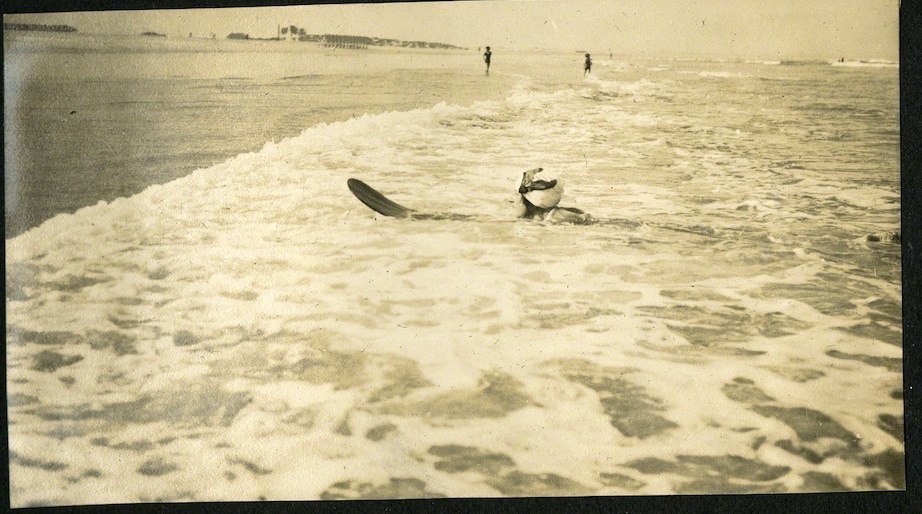 Surfing in Muizenberg. 7 February 1922. ‘That rushing through the water at what seems to you a speed of about 200 miles an hour; all the way in from the far distant raft, until you arrived, gently slowing down, on the beach… It is one of the most perfect physical pleasures that I have known.’

The Agatha Christie: Unfinished Portrait photography collection takes its name from the semi-autobiographical novel written by Agatha Christie and first published in the UK in March 1934 and in the US by Doubleday later in the same year. The British edition retailed for seven shillings and sixpence (7/6) and the US edition at $2.00.

It was the second of six novels Christie wrote under the pen name Mary Westmacott. 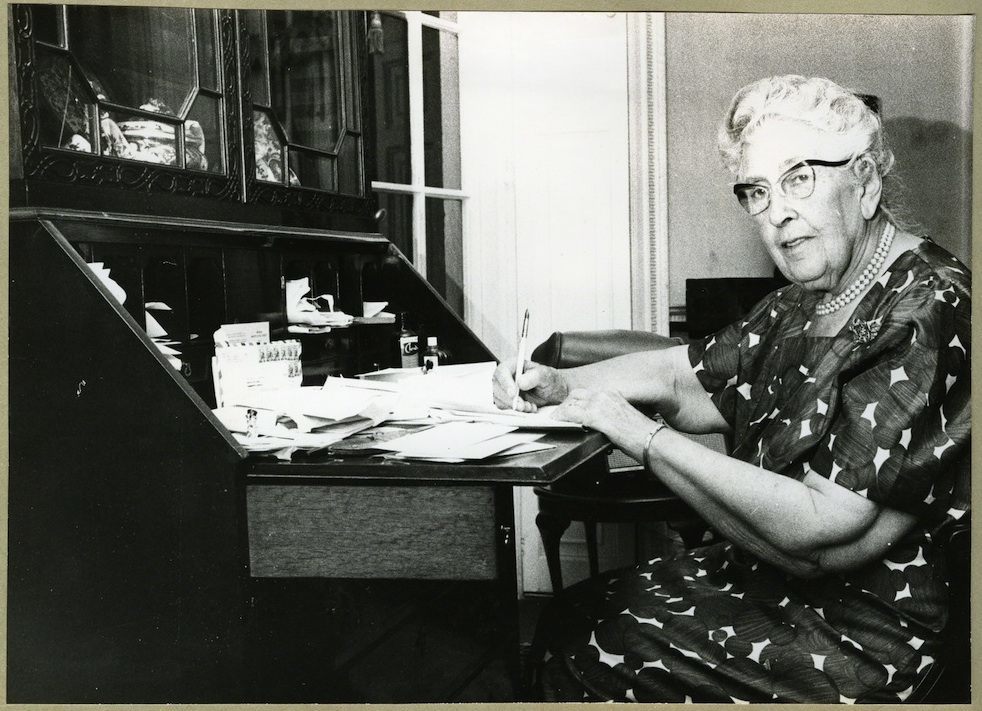 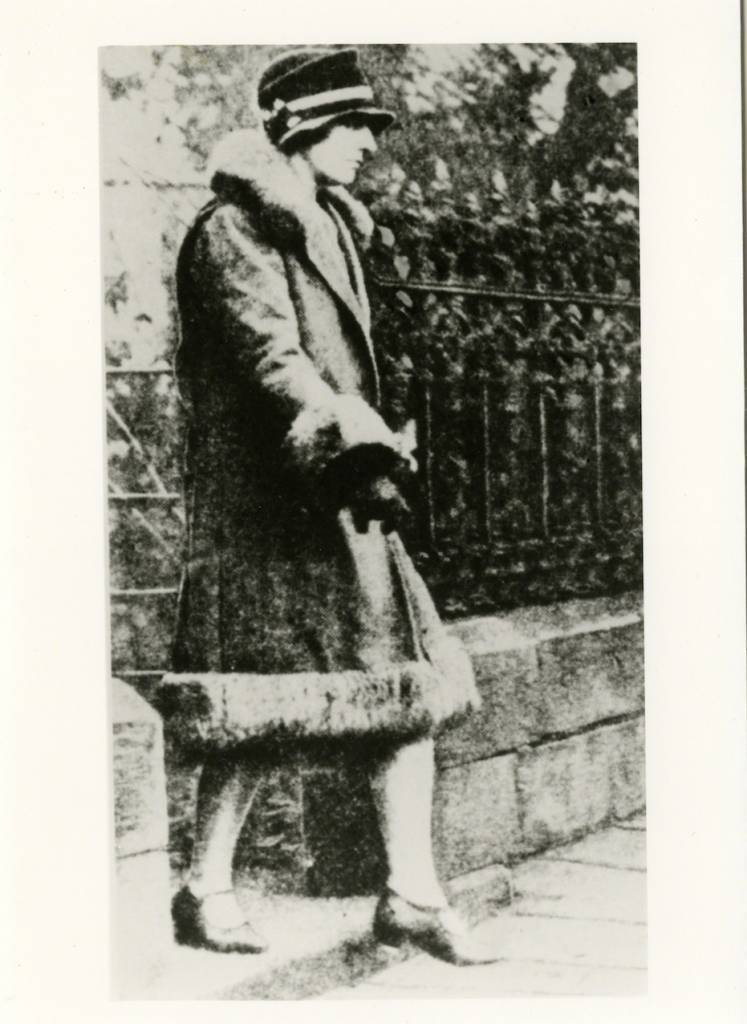 15 December 1926. First press sighting of Agatha leaving The Harrogate Hydro spa hotel after going missing for 11 days. ‘I felt like a fox, hunted, my earths dug up and yelping hounds following me everywhere. I had always hated notoriety of any kind, and now I had had such a dose of it that at some moments I felt I could hardly bear to go on living.’ 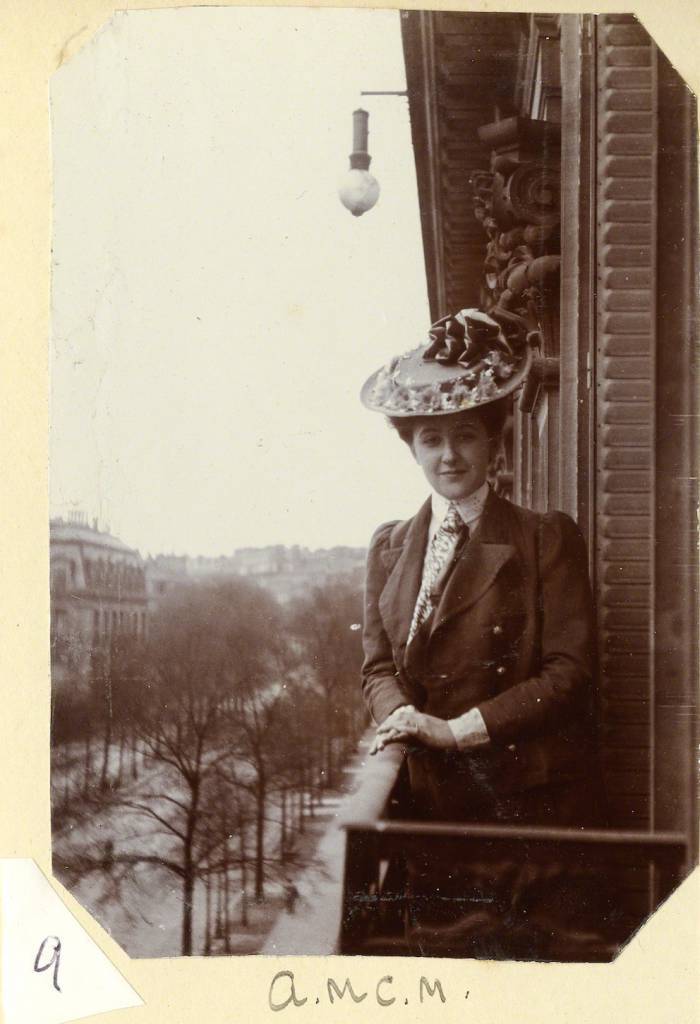 Paris. 1906. ‘My first love was music — I wanted to be a pianist — I studied piano and singing in Paris… I was very disappointed when I found out that I would never be good enough to be a professional — my voice was not strong enough for opera and I was too nervous to succeed as a pianist.’ 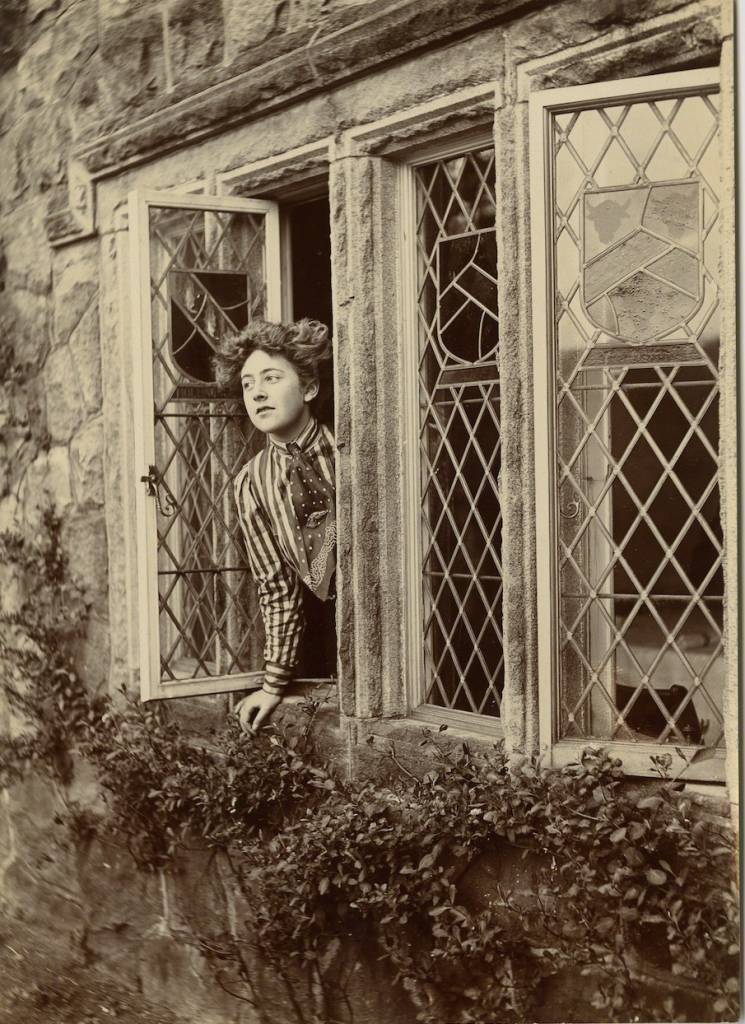 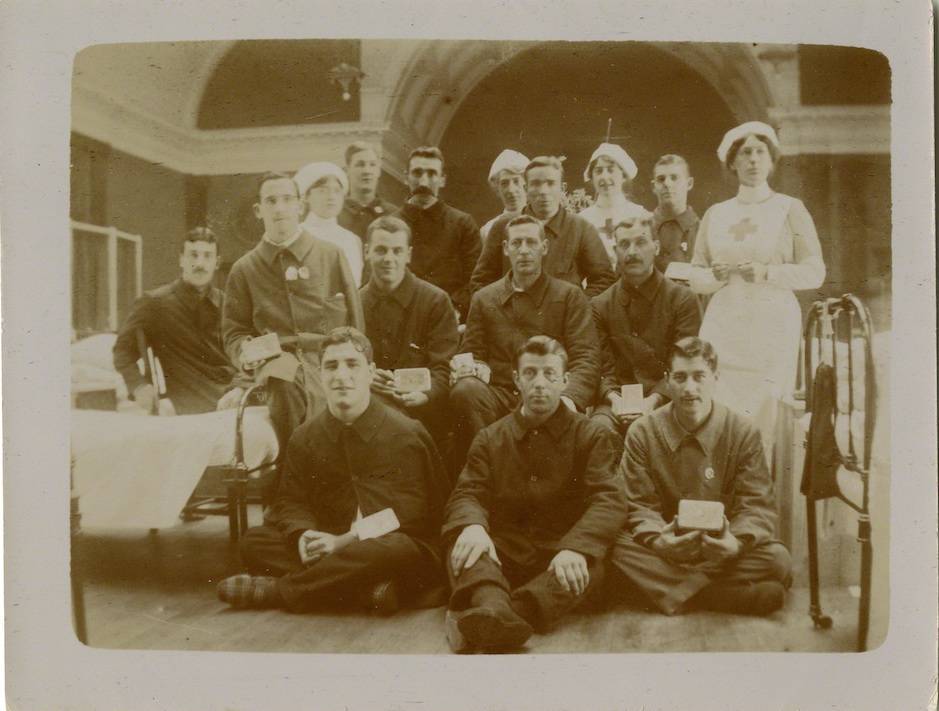 Agatha — top row third from left. With soldiers holding Princess Mary’s Christmas gift. Torquay,1914. ‘Why not make my detective a Belgian? I thought. There were all types of refugees. How about a refugee police officer? A retired police officer. Not too young a one. What a mistake I made there. The result is that my fictional detective must really be well over 100 by now.’ 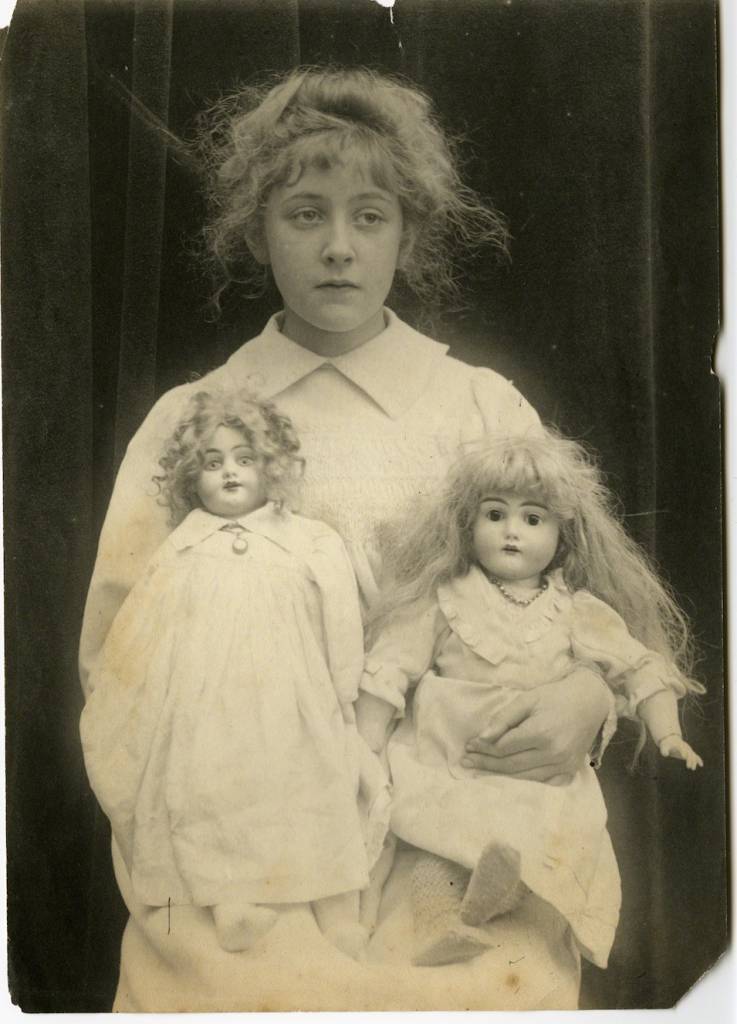 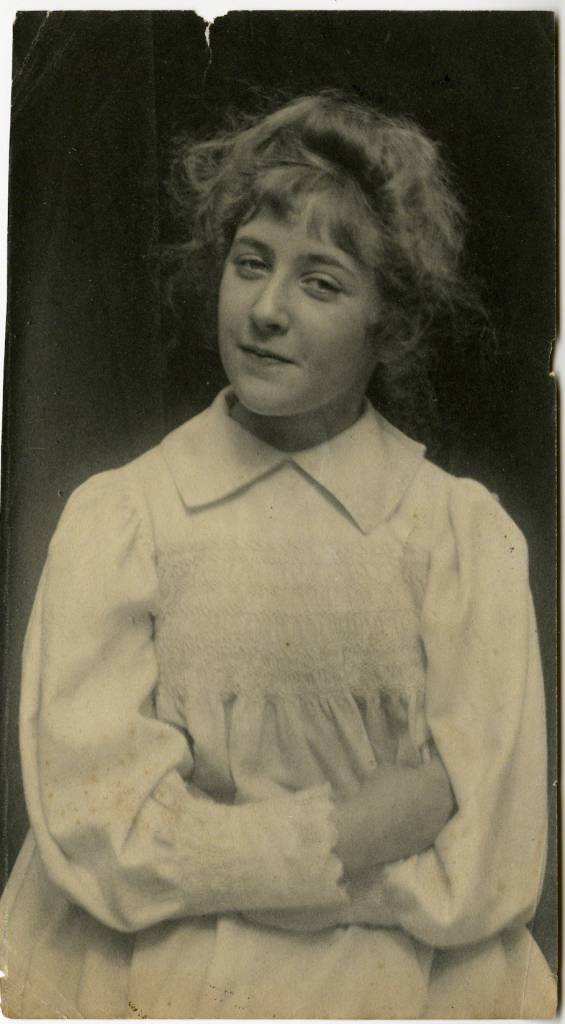 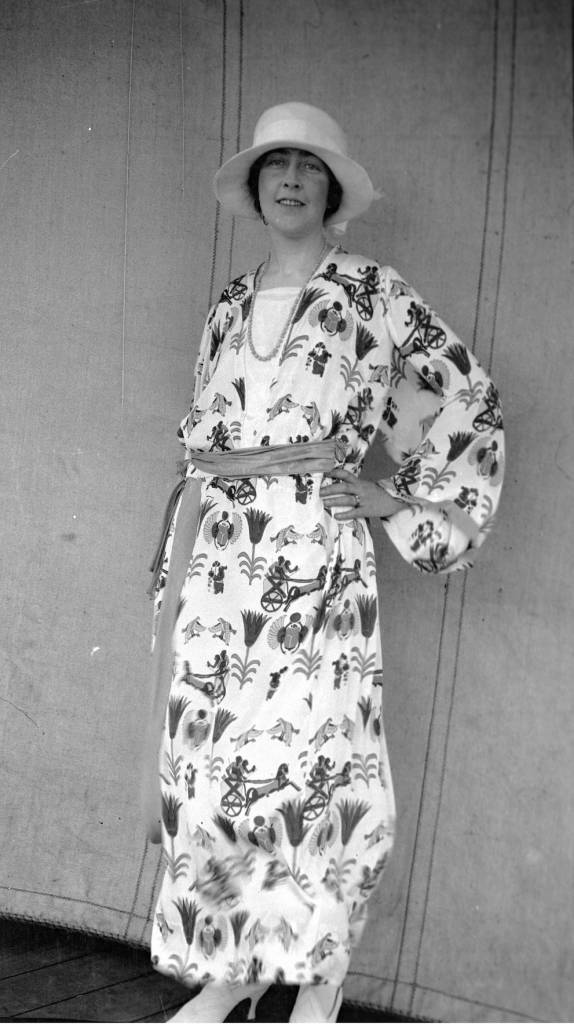 Setting off on a world tour with Archie as part of a trade delegation for the Empire Exhibition, aboard RMS Kildonan Castle from Southampton. January 1922. ‘Now there loomed before us a luxury tour indeed… everything in first class style. Nothing but the best was good enough for the British Empire Exhibition Mission. We were what would be termed nowadays VIPs.’ 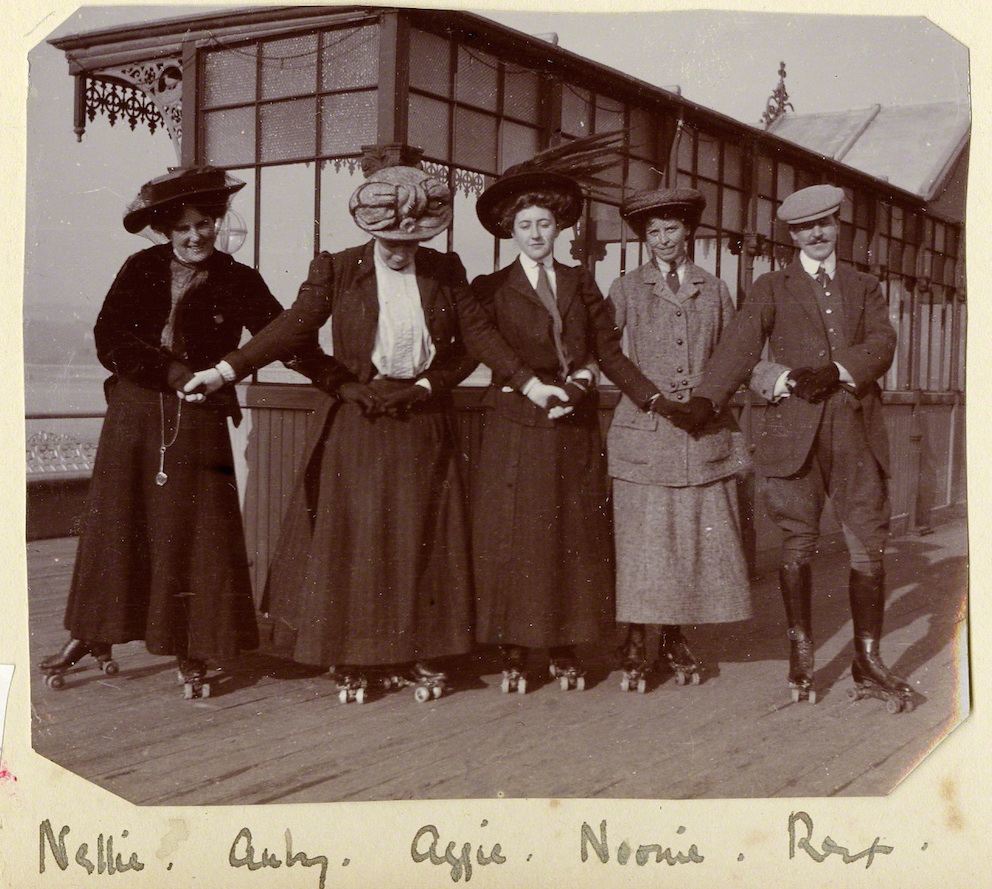 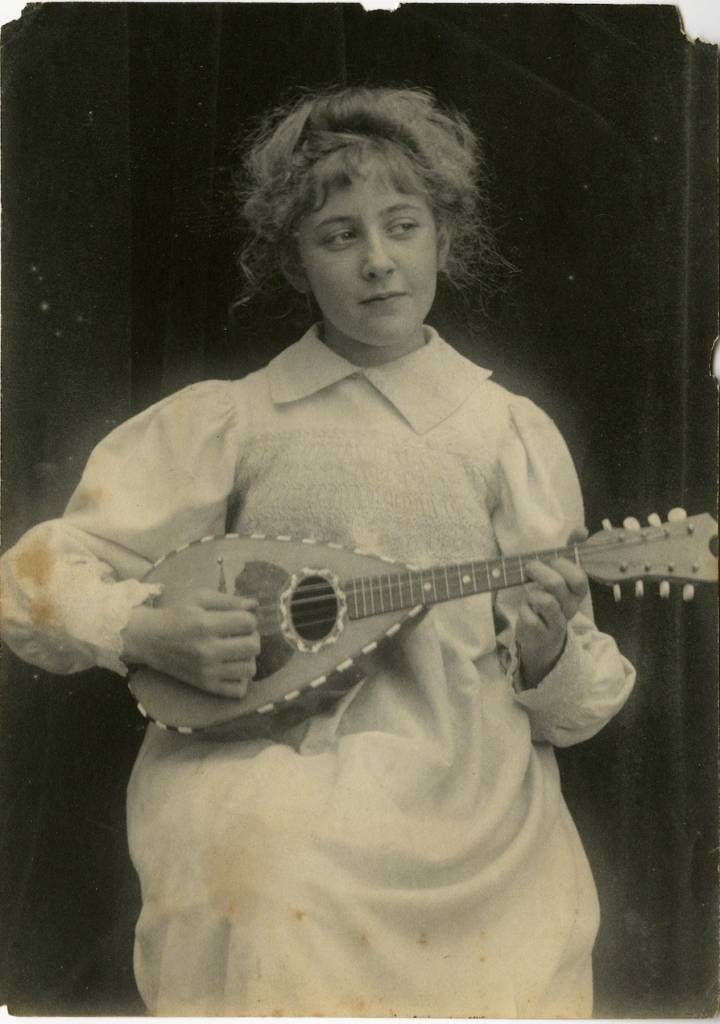 Agatha playing a mandolin. c 1898. ‘I am today the same person as that solemn little girl with pale flaxen sausage-curls. The house in which the spirit dwells, grows, develops instincts and tastes and emotions and intellectual capacities, but I myself, the true Agatha am the same.’ 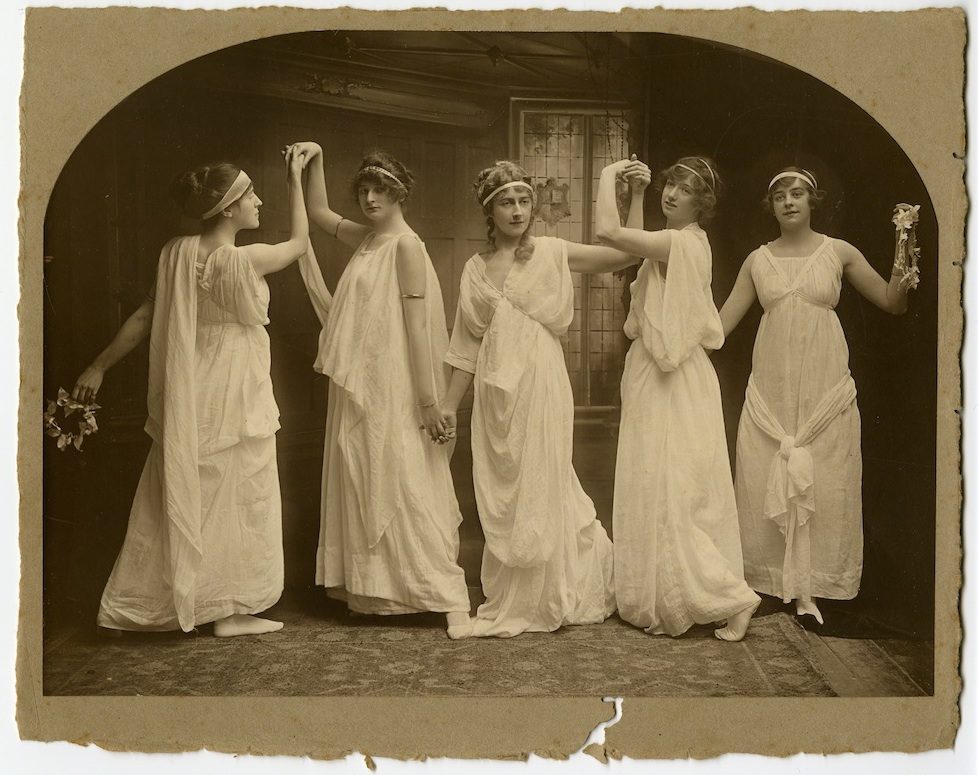 Dance class in Torquay. Agatha in the centre. c 1904. ‘We were like obstreperous flowers — often weeds maybe, but nevertheless all of us growing exuberantly — pressing violently up through cracks in pavements and flagstones, and in the most inauspicious places, determined to have our fill of life and enjoy ourselves, bursting out into the sunlight, until someone came and trod on us. Even bruised for a time, we would soon lift a head again. 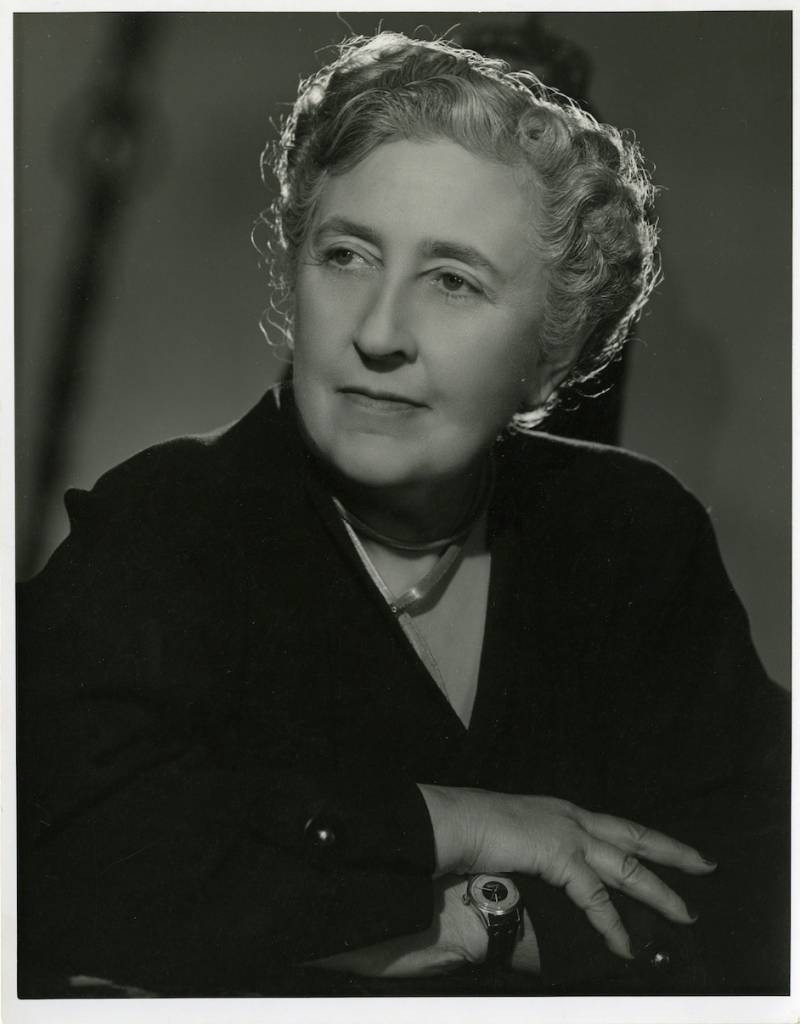 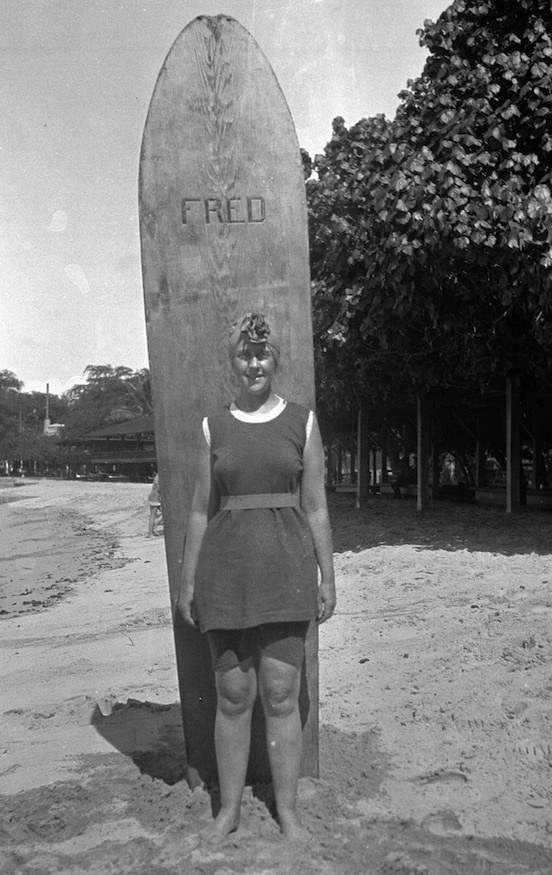 Honolulu, 1922. ‘A wonderful, skimpy, emerald green wool bathing-dress which was the joy of my life, and in which I thought I looked remarkably well. Archie thought I did too.’ 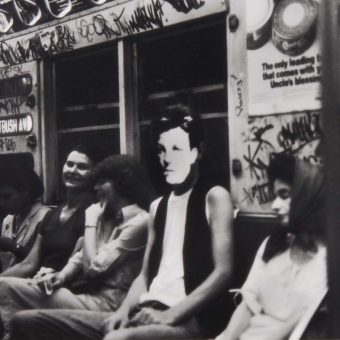 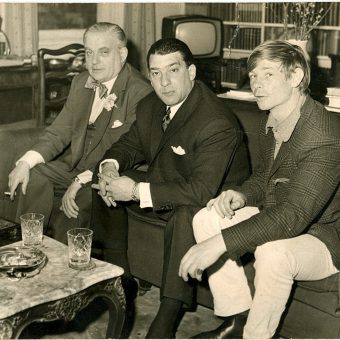 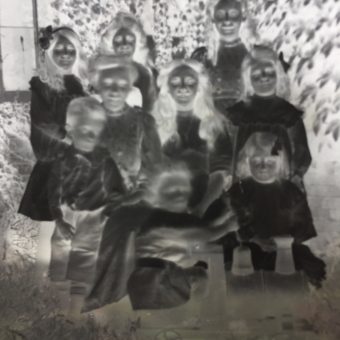