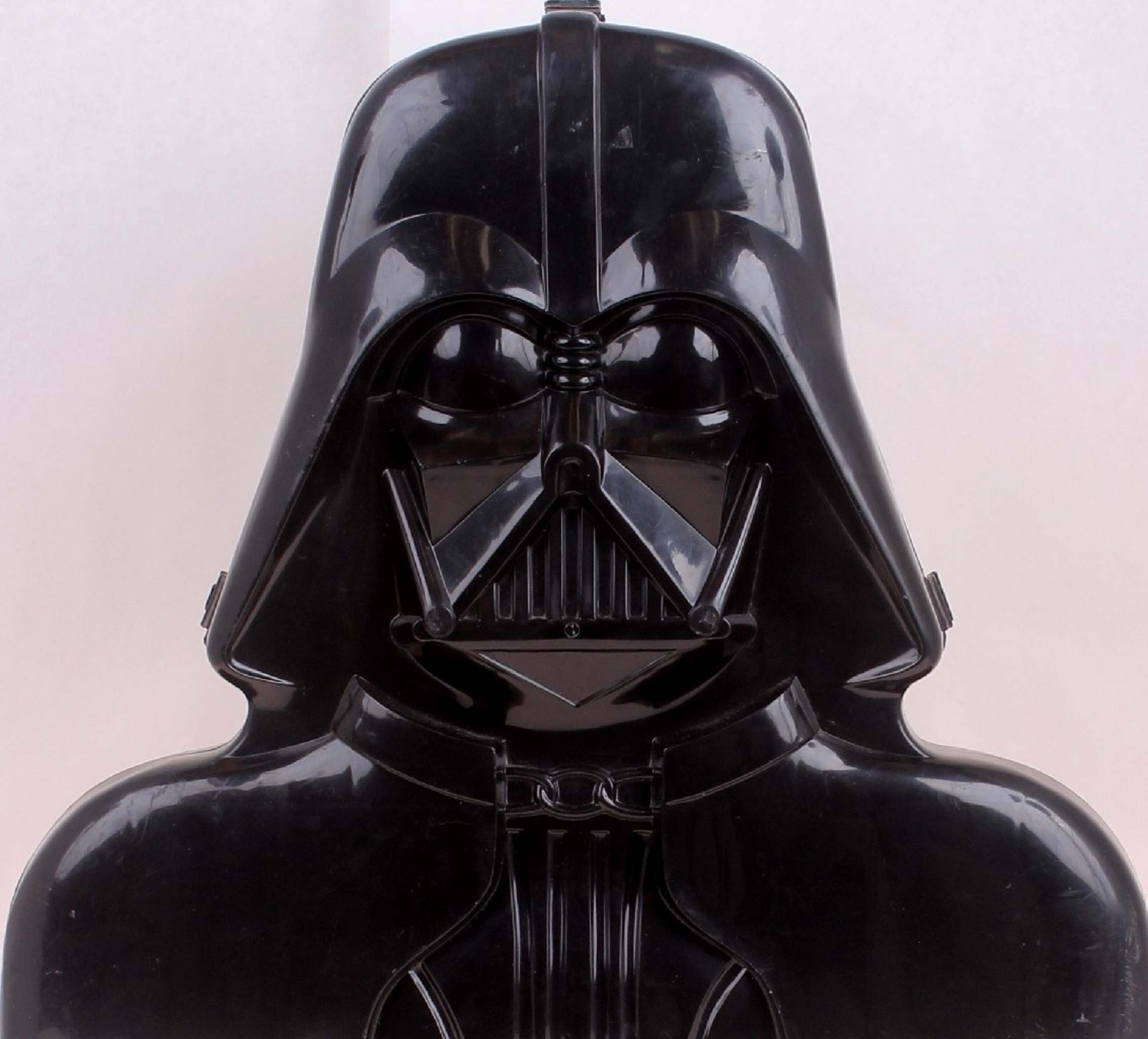 As a kid growing up the 1970s and 1980s, the worst toy I could possibly receive as a gift was a carrying case.

Well, there was a universe of action figures out there to collect, play with, and enjoy, and I would end up with…luggage?

I don’t know if others felt the same way that I did about them. But getting a carrying case as a gift was more like a hint from your mother that you needed to clean your room and organize your toys than it  was like getting an actual toy.

Still, Kenner did its part with the Star Wars line, to make the carrying cases as attractive and cool as possible, as the below commercial suggests.

Notice that Star Wars carrying cases are termed “Collector’s Cases.”  That description classes the whole thing up a bit.

One was forged in the shape of Darth Vader’s head, and was released in conjunction with The Empire Strikes Back (1980).

The next three were all released when Return of the Jedi (1983) premiered.

One was See-Threepio’s head, and it was infinitely less desirable than the similar Vader case. 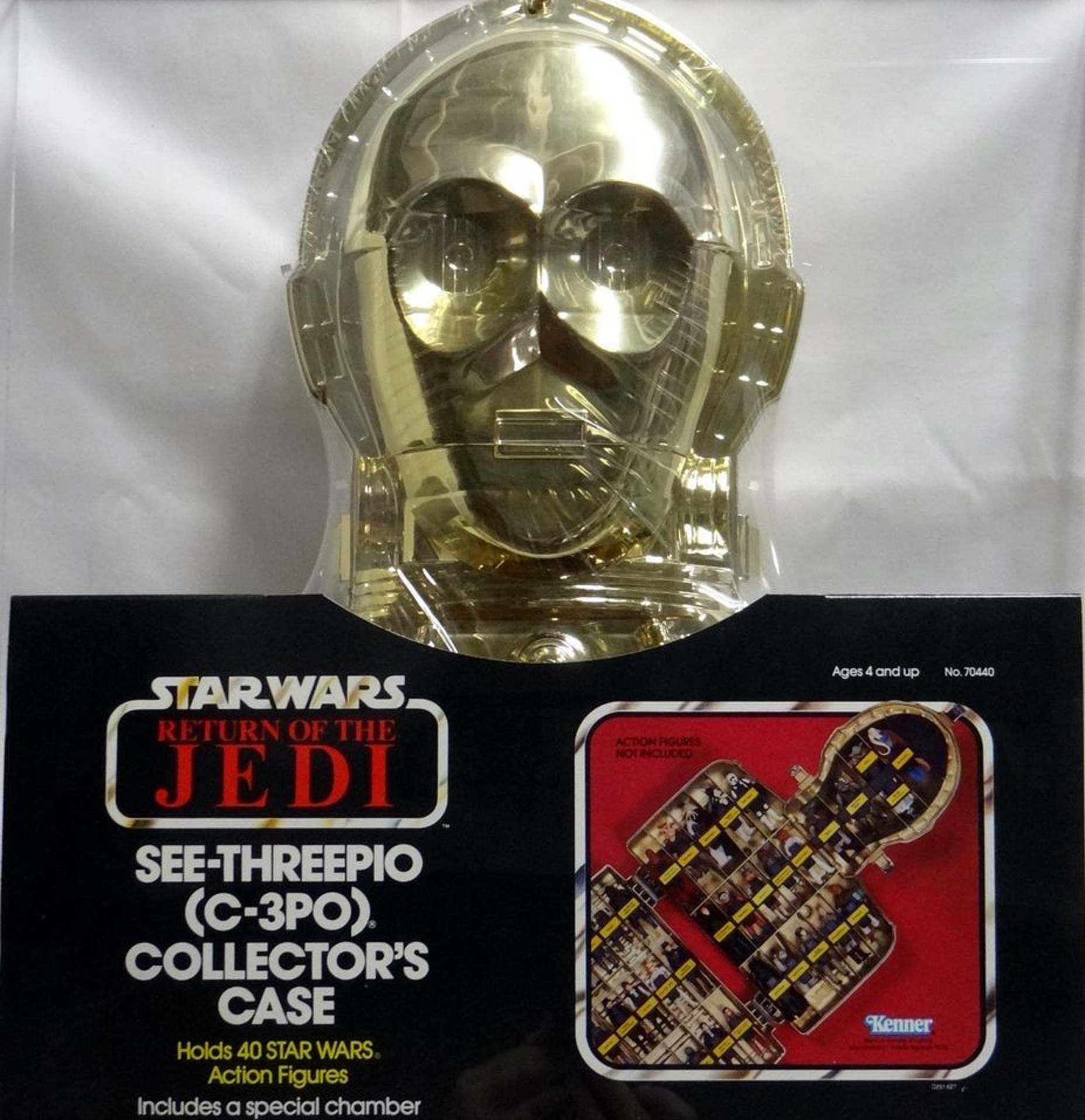 The Laser Rifle collector’s case was cool too, but it didn’t much resemble a blaster from the Star Wars films.

On the plus side, it could double as a pretend gun in laser battles with your best friends.

And finally, there was the most impractical collector’s case of the bunch: Chewbacca’s bandolier. 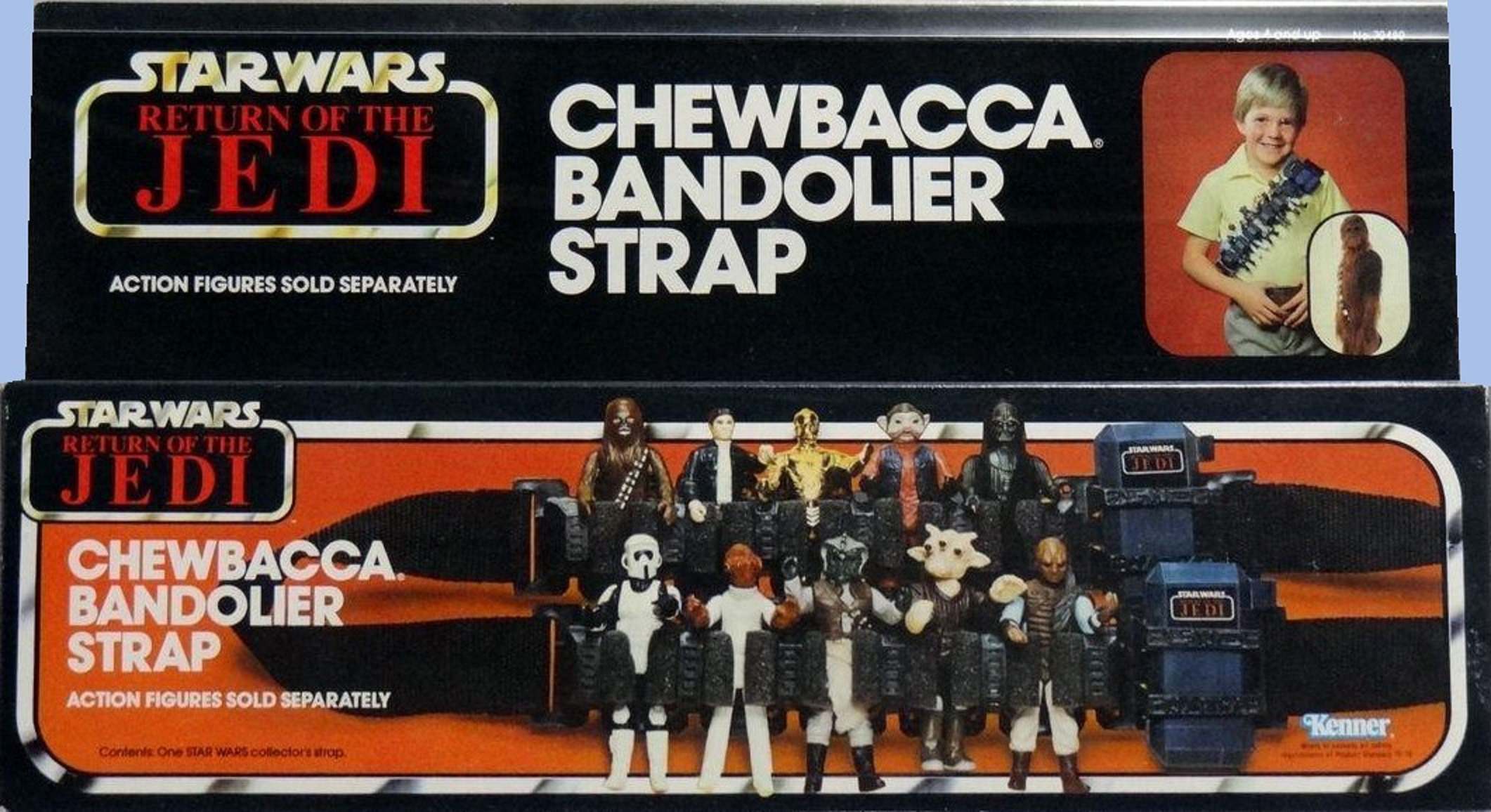 I suppose the original and unique designs of these carrying case’s made the bitter pill of receiving one go down a little easier. A more traditional Star Wars–themed collector’s case was a “mini” case:

Also, on the plus side, at least if you got one of these cases for your birthday, you could rest comfortably in the knowledge that it wasn’t a knock-off, like the sound-alike named “Star World” carrying case that is pictured below. 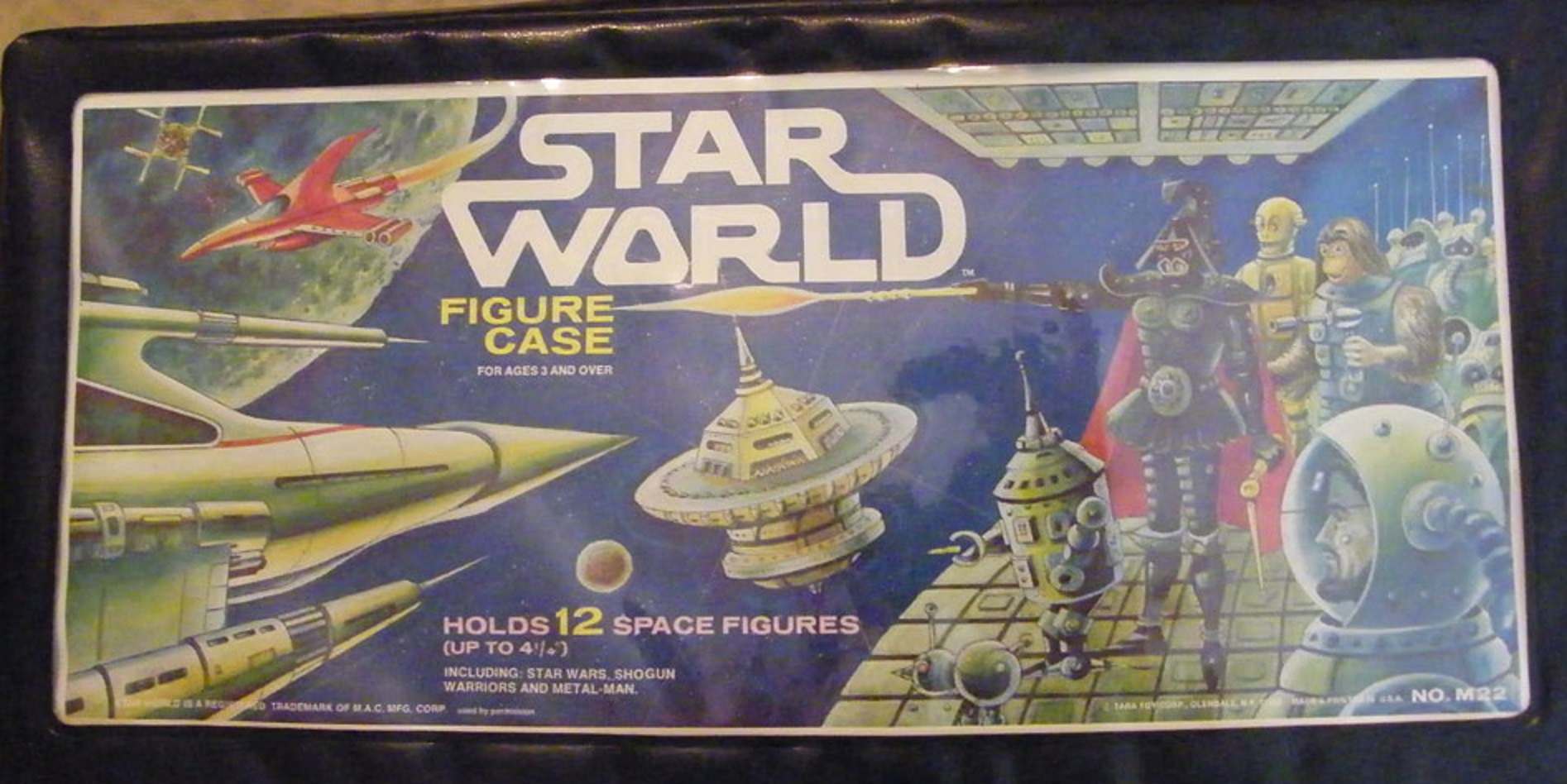