Between 1939 and 1944 the U.S. government’s Farm Security Administration (FSA) (later renamed the Office of War Information (OWI)) recorded life in the USA on hundreds of color photographs. The pictures focused on rural areas, farm labor and the country gearing up for World War II.

This collection focuses on a square dance in McIntosh County, Oklahoma. It’s 1940: 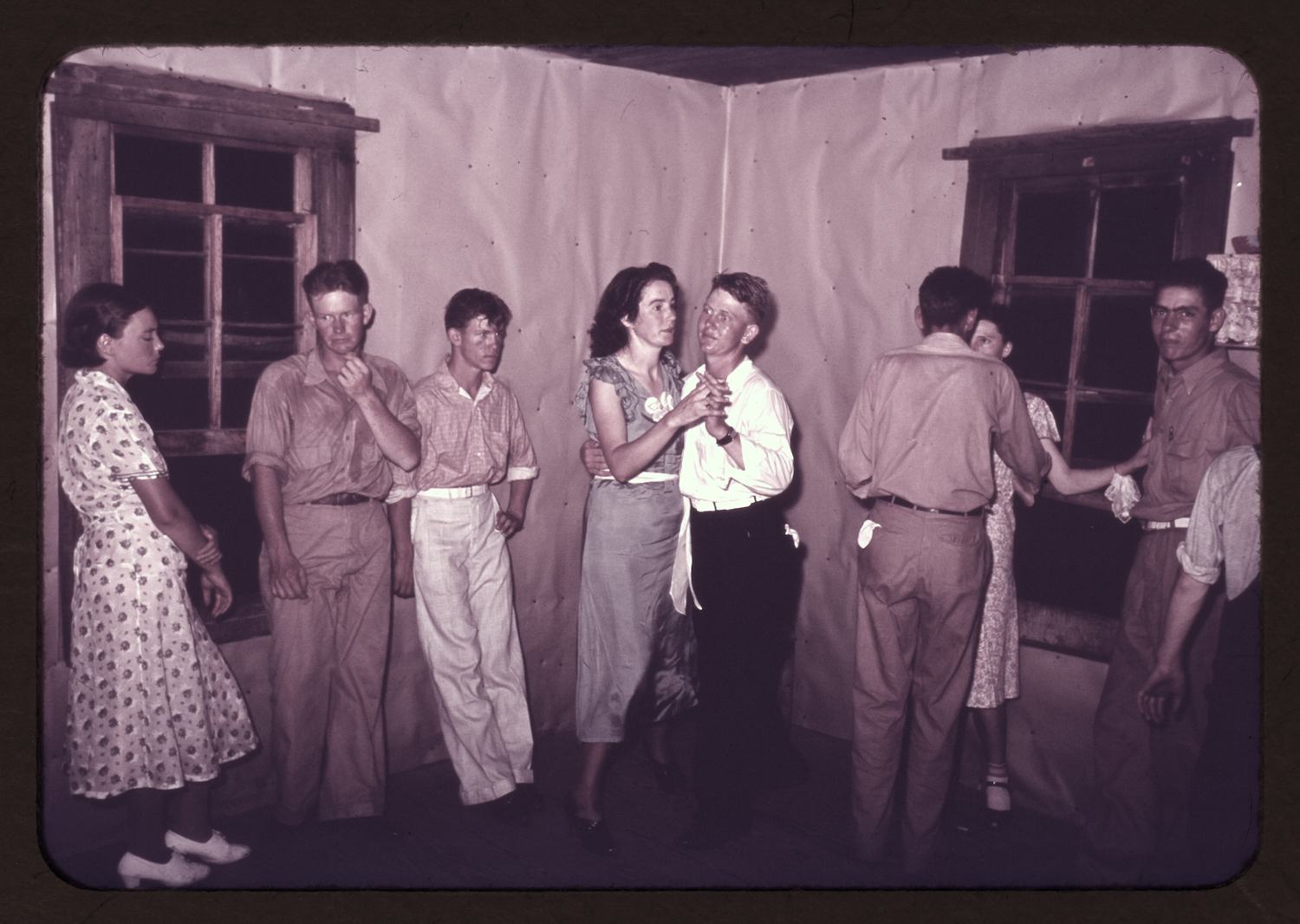 A square dance is a dance for four couples (eight dancers) arranged in a square, with one couple on each side, facing the middle of the square. Square dances were first documented in 17th-century England but were also quite common in France and throughout Europe. They came to North America with the European settlers and have undergone considerable development there. In some countries and regions, through preservation and repetition, square dances have attained the status of a folk dance. 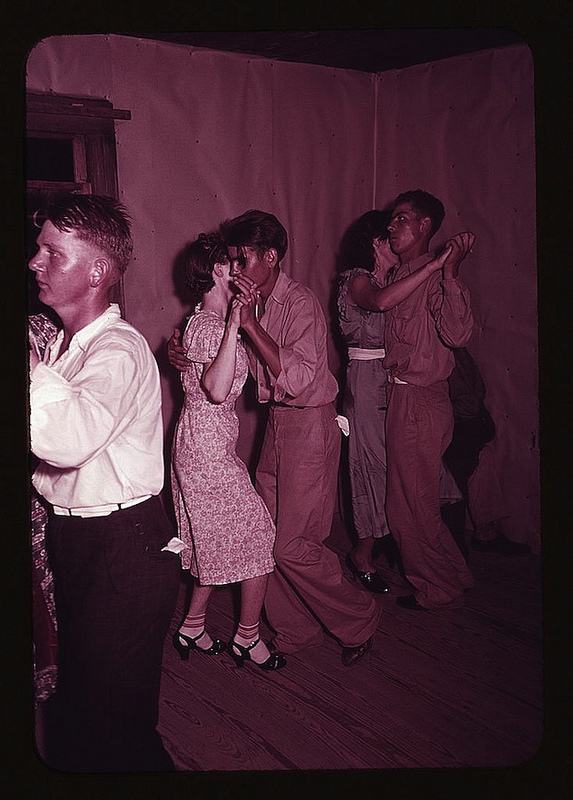 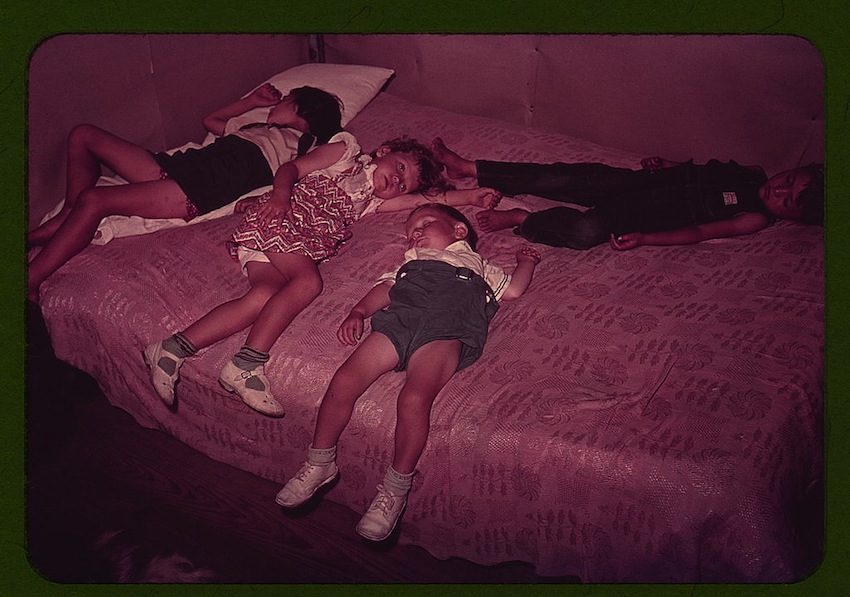 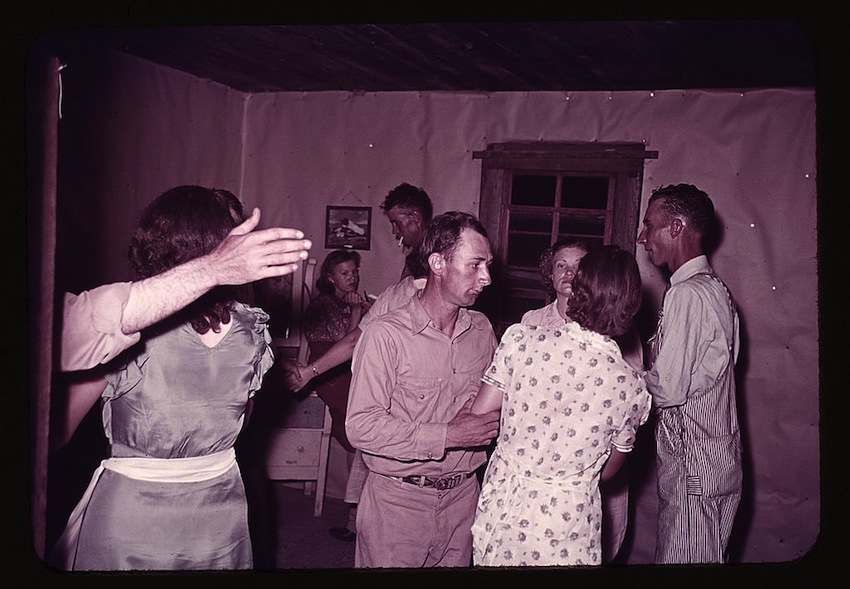 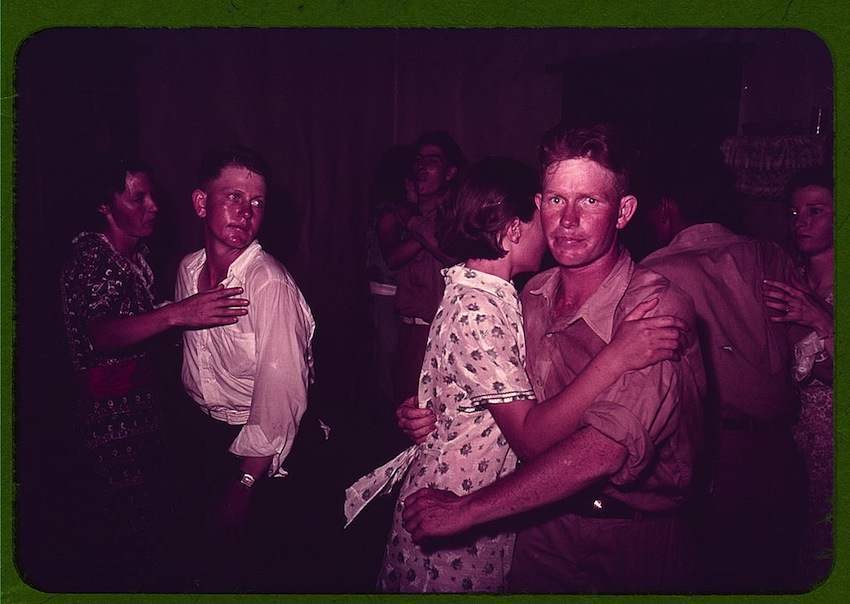 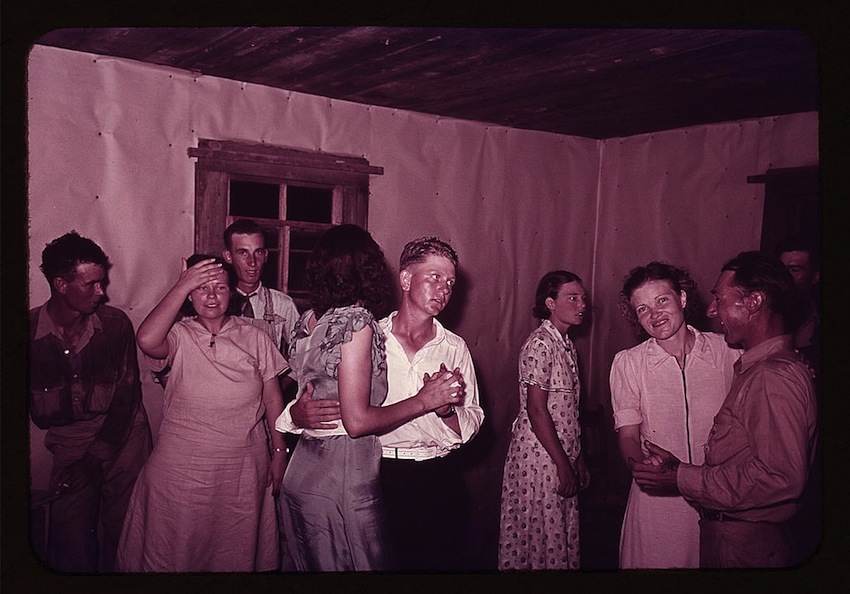 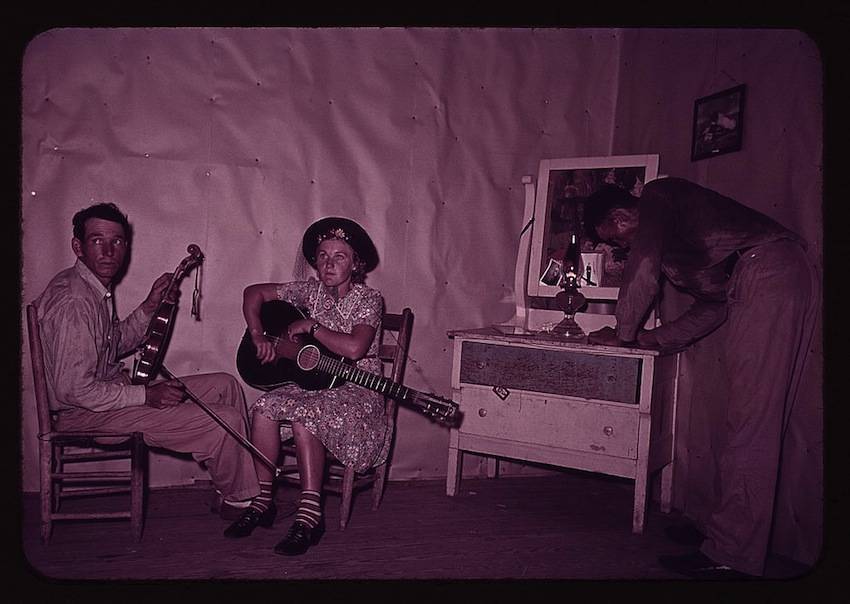 For you cats who want to see the dance in action, this 1947 instructional film, produced by Coronet Films, was created in collaboration with the Chicago Parks District.