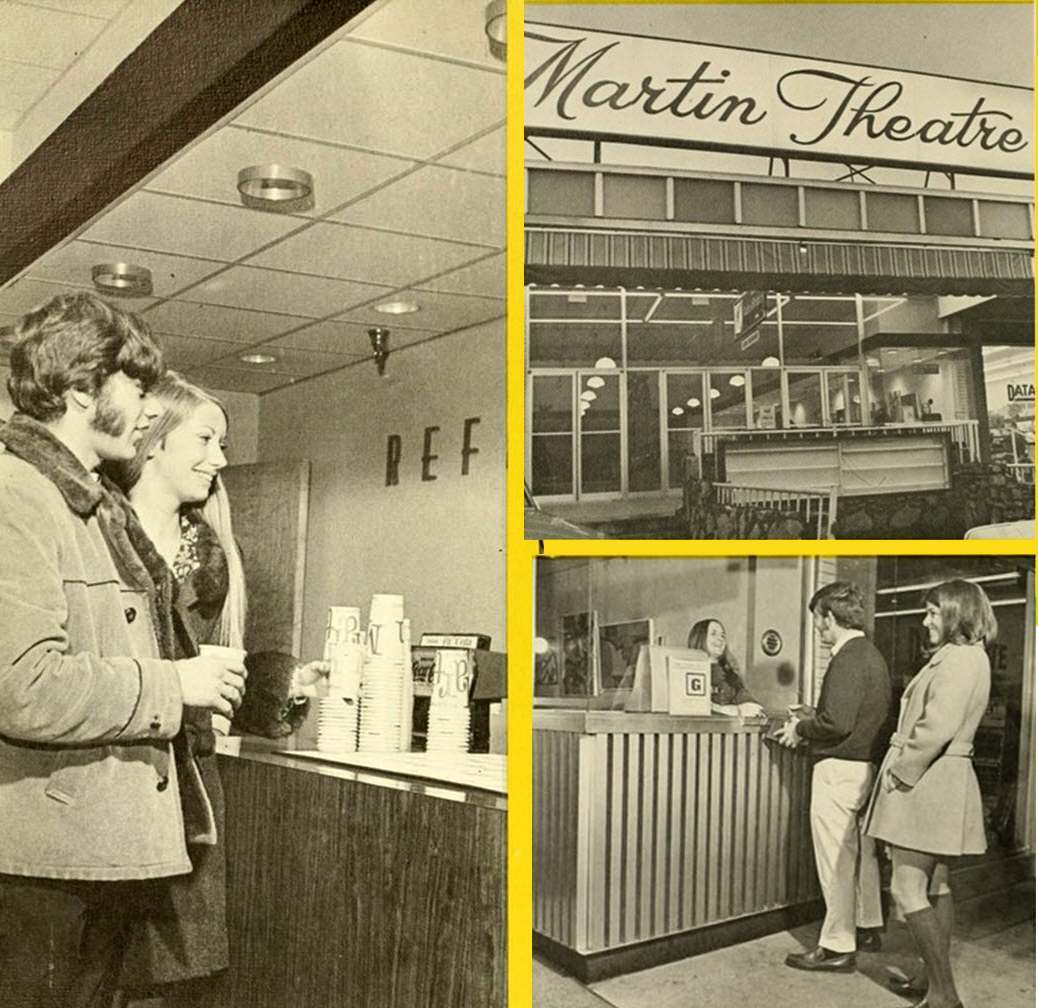 The fact that movie tickets are much more costly (even when you factor in inflation) is bad enough by itself, but yields a variety of other problems.

When a movie ticket is hovering around $10, you’re much less likely to take chances on a dud. If you’re going to spend that kind of money (a family of four is going to be over $40, not including snacks), you’re less likely to gamble.  Subsequently, it’s the movies that are “sure things” that do well (an Avengers movie, a movie with Tom Cruise, etc.).  If you’re not willing to take chances on a film, Hollywood producers aren’t either.  Thus, you wind up with a homogenous offering of superhero movies, sequels, and movies with big, big stars.

In the 1970s, there were not only the cheap grindhouse B-movies, but a ton of films we’d call “low budget” today.  When a ticket is under a dollar, you’re okay with taking a chance, and, subsequently, so is Hollywood.   It’s under a dollar, so it doesn’t need to be a 5 hour Hobbit film or a 3-D CGI sensory explosion. 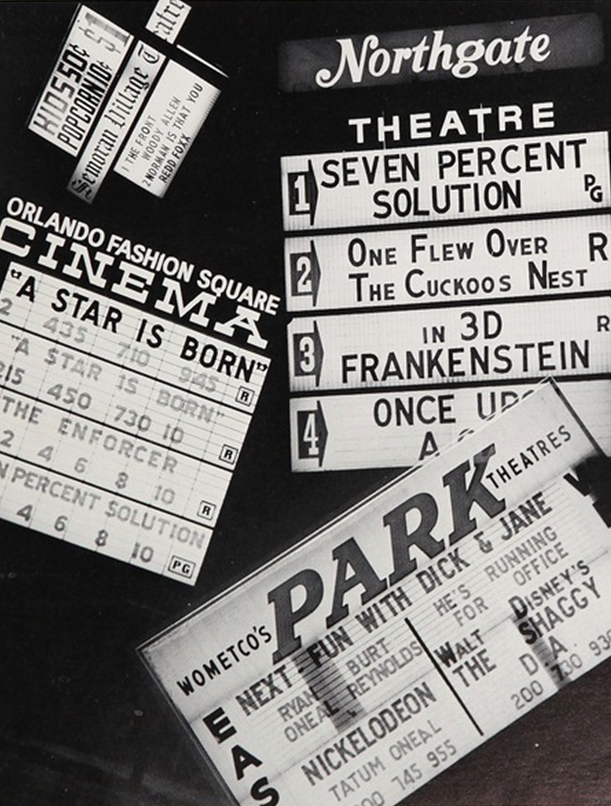 In the 1970s, if you didn’t catch a film at the theatre, the expectation was that you would never see this film.  Perchance, you might catch a commercially interrupted censored version on network TV; but, you couldn’t count on it.  Now, you enter a movie theater knowing that, if you just wait a short while, it will be on DVD, Netflix, or premium channels for viewing at home (or on your phone).

So, why bother going to the theater at all?  Here is yet another reason 3-D CGI sensory explosion style movies are dominating.  Home theaters can’t recreate the experience as well as the new megaplex.  So, it still makes sense to see an Avengers film at the theater, but films like Five Easy Pieces or Switchblade Sisters wouldn’t stand a chance.

Back in the 1970s, theaters almost never had more than four screens.  For Small Town U.S.A. (which is the majority of the country), you were lucky to have two screens.  You might think this means we have a lot more variety now.  Think again.

Movies were cycled through at a much faster rate.  B-movies especially would show for a single Saturday night and be gone forever, quickly replaced by another B-movie the following week.  Plus, the two screens would show something different during the day, versus the evening.  Thus, you’d have Escape from Witch Mountain in the afternoon, and Virgin Among the Living Dead at midnight. 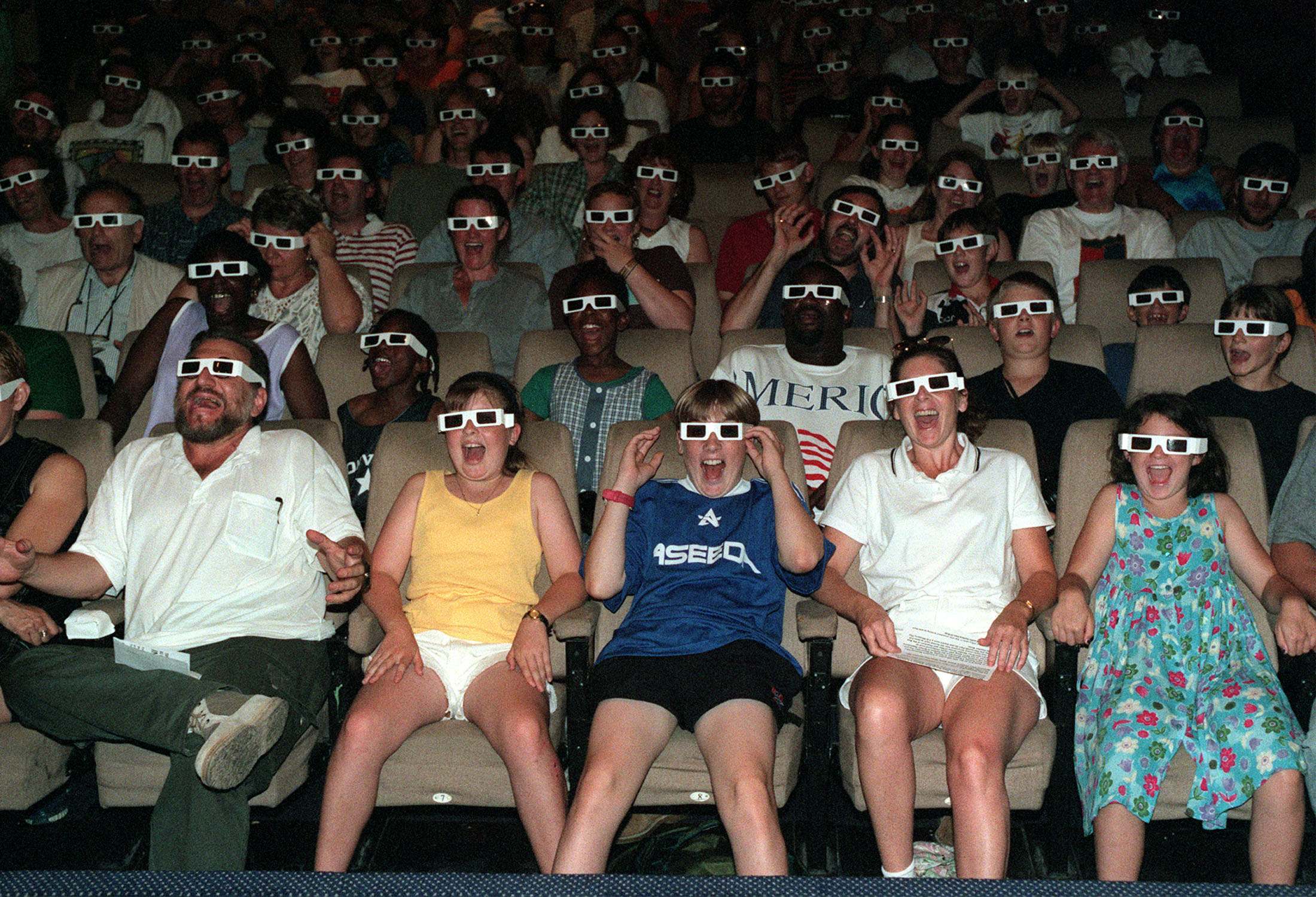 Your local IMAX-Mega-Cineplex 38 may have reclining seats, a big ass screen, and eardrum shattering surround sound, but you’re paying for it.  A big reason our ticket prices have gone through the roof is that we won’t settle for anything remotely resembling a 1970s movie experience.  As mentioned before, this has resulted in only certain types of movies getting wide release.  So, our selection goes down and the prices go up.

Don’t get me wrong.  I’d much rather see Guardians of the Galaxy on a brand new Digital-3D large screen than some crummy 1970s cinema, when even stadium seating was a rarity.  However, I can’t help but mourn the price that has been paid so that I can enjoy this “elite viewing experience”. 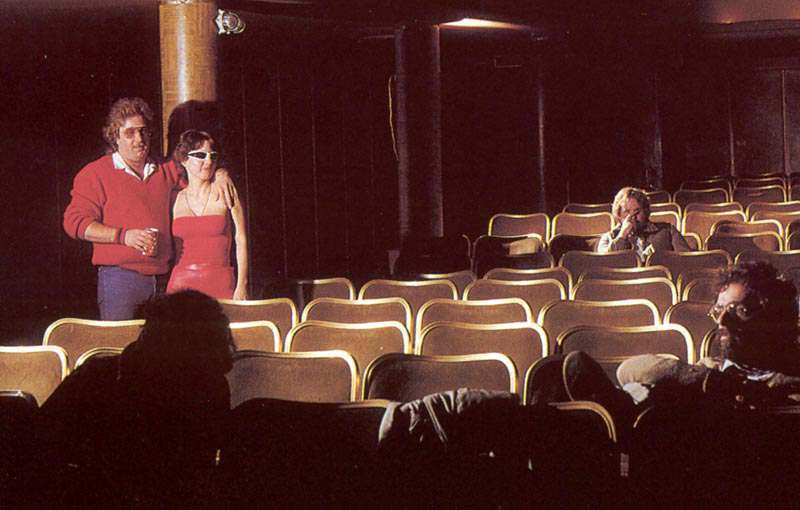 You may be annoyed by the couple behind you mumbling to one another, but, let me assure you, this is nothing compared to the “distractions” of a 70s movie experience.  Today, since we’re spending a small fortune on tickets, and taking out a second mortgage for soda and popcorn, the movie experience damn well better be perfect.  That means not only top-quality sound and visuals, but also absolute silence from the audience quieter than the vacuum of space.

In the 1970s, kids talked, teenagers made-out, and adults talked at the screen.  You could count on the “fire exit” door opening a couple times, blinding the theater with light.  You could bank on the film projector messing up, and, since there was no stadium seating, someone’s head will be obstructing your view.

Again, tickets didn’t cost a fortune, so your world didn’t end when someone cracked an idiotic joke at the most suspenseful part of the movie.  Sure, it was annoying, but it was also a helluva lot more relaxed.