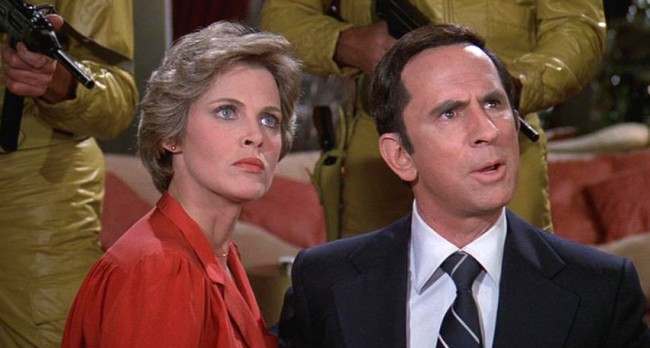 BEFORE we carry on with the list, let’s define what we’re talking about here.  “Inconceivably Awkward” simply means it contains both of the following qualities:

I should also mention that this isn’t a “top five” list as there’s plenty worse out there.  These are just five scenes (plus a runner-up) which spring instantly to mind when thinking of the worst of the worst. 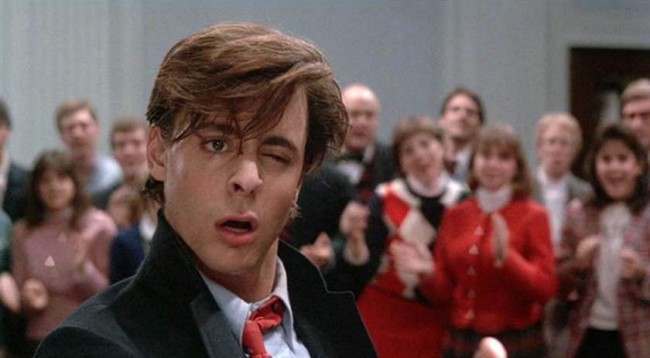 The streetwise bad boy, Judd Nelson, arrives at a prep school with collar up and ghetto blaster in hand.  At the dance, all the square rich kids stand aside as Nelson shows them his moves; he even does “the robot” for a young ladyfriend.

Problem is, Nelson is as Caucasian as they come, nowhere near convincing as a hoodlum.  Pat Sajak would have been more believable as a thug.  Add in the tragically bad synthesizer music and you have a recipe for one of the most painful moments in 80s cinema.  It would be “silly” if it were so jarringly terrible. 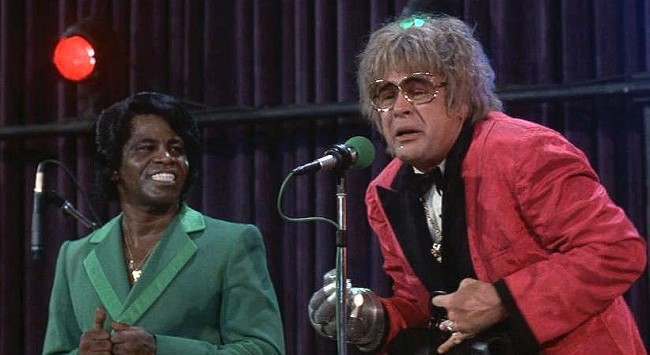 Dan Ackroyd talks like Truman Capote impersonating Dr. Evil, and he has a metal claw for no reason whatsoever.  Drugs must have been delivered to the set of Doctor Detroit by the truckload.  The titular character easily stands as the most ill-conceived, cocaine induced personalities to ever grace the big screen. 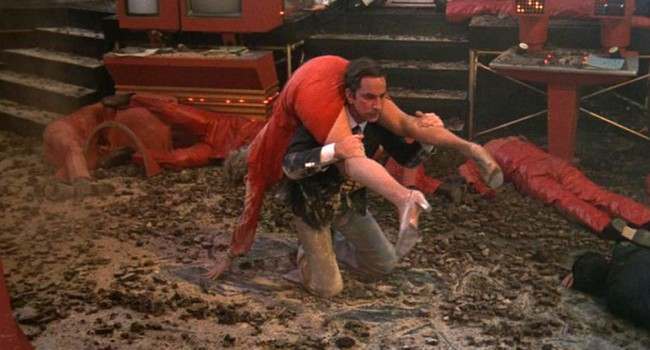 One could make a solid argument that this entire film qualifies as an inconceivably awkwardl movie moment.  Indeed, The Nude Bomb is nothing but a series of inconceivably awkward scenes strung together.  Forced to pick one, however, you have to go with the scene where Don Adams manhandles a paralyzed  Andrea Howard. 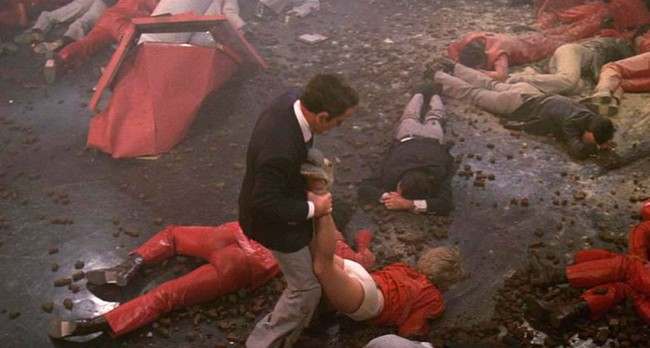 Howard (in the Barbara Feldon role) becomes temporarily paralyzed from the waist down by a nerve gas. Adams awkwardly tries to carry her, but is obviously weak and semi-retarded.  They stumble about for seemingly an eternity with no music, just the utter silence and them fumbling and falling.  To make things worse, Howard’s dress keeps flopping up revealing a pair of gargantuan granny panties.

It’s like an embarrassing home video that doesn’t know when to end.  Neither Howard or Adams leaves this scene with dignity intact. 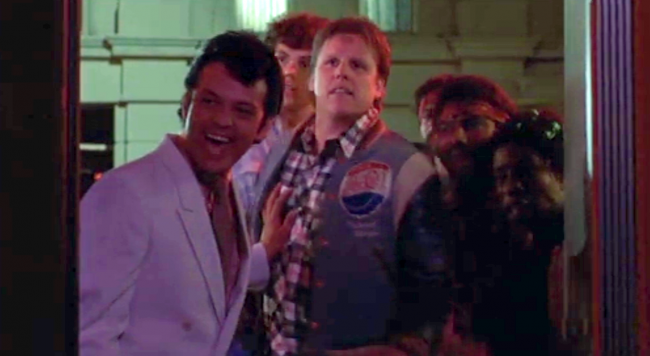 DC Cab will have you scratching your head so often that it should come with a salve for your scalp.  There’s simply no explanation for this film other than sustained cocaine abuse. Gary Busey’s character spends the entire film in fast-motion, spewing racist and misogynistic nonsense, and sweating profusely. 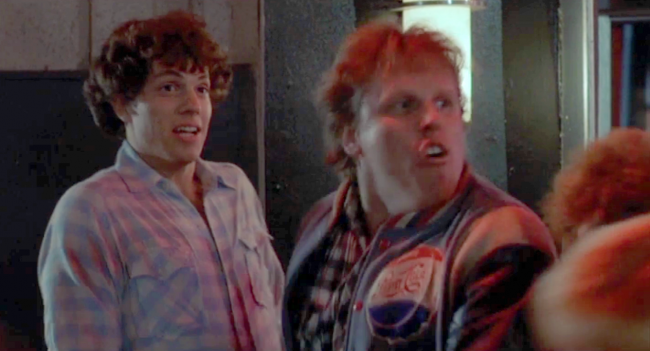 As much as it pains me to single any once scene out, I’d have to go with when the cabbies pick up a flock of women outside a male strip club.  The generic 80s music blares as the cabbies literally stand atop their vehicles dry humping the sky.  In what can only be described as a cocaine fueled mania, the cab drivers flail about seemingly in a state of hysterical ecstasy.  Somehow, this is the perfect way to attract women, because they all pile into the cabs presumably for a night of debauchery.  It has to be seen to be believed. 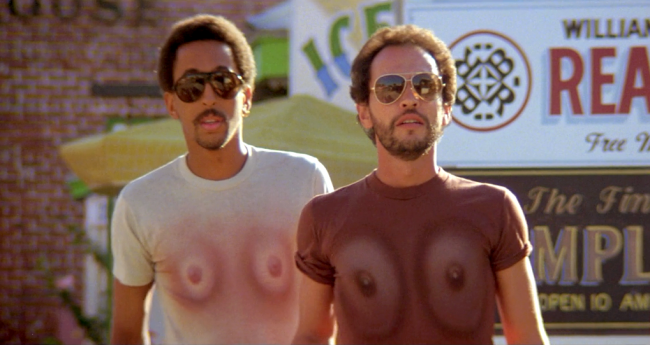 Gregory Hines and Billy Crystal are two New York cops forced to take a vacation in the Florida Keys.  The expected buddy cop movie silliness is all there… plus one montage scene that will leave you slack jawed.

In an effort to show the contrast between the gritty streets of NY and the Keys, the film presents us with one of the cheesiest montages ever put to film.  To the tune of Michael McDonald’s “Sweet Freedom”, Hines and Crystal ride scooters, go scuba diving, even roller-dance in the street.  The pathos of the 1980s was never captured so well. 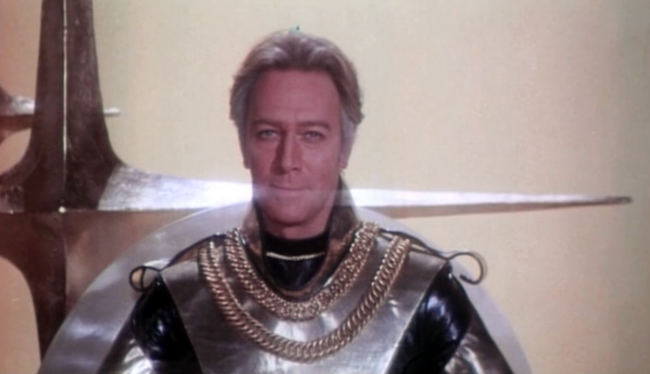 Since this one’s from ’79, it doesn’t quite make the cut.  However, it’s so amazingly awkward it had to be included.

Starcrash was a woefully under-budget Star Wars knock-off starring Marjoe Gortner and Caroline Munro.  Christopher Plummer appears in it, all totaled, for about two minutes.  Yet it feels like a lifetime.  You can feel his acute sense of embarrassment at having to say lines like “Imperial Battleship, halt the flow of time!”

At no point do you feel his shame and inner sadness more than the last minute of the film.  Plummer delivers a toe-curling epilogue that will have you wincing with sympathy pains.