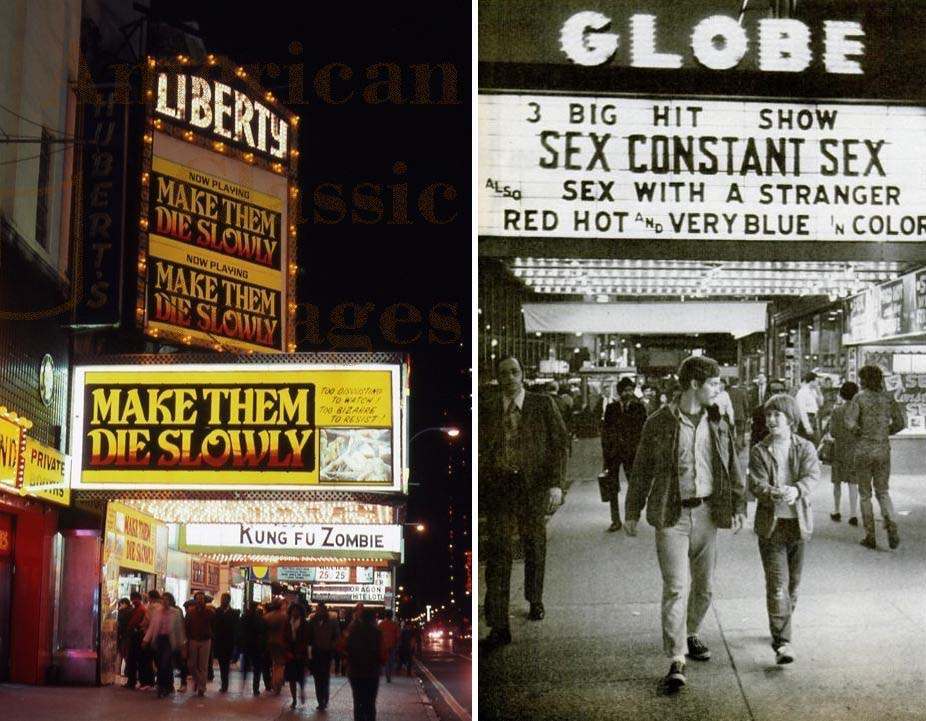 Why did movies in the 1970s get so nihilistic, nasty and brutal? This has been a source of infinite fascination for me. How did the Technicolor romps of the 60s somehow yield The Texas Chainsaw Massacre? What happened to make cinema take such a dark turn? There are a number of reasonable explanations I’ve heard over the years, namely The Vietnam War and loosened restrictions on what movies were allowed to show. It was the result of a disenchanted generation rebelling against the candy-coated artificiality of the previous generation’s films – they wanted things real, and they wanted it to reflect the harsh reality of the times.

They got what they asked for…. and then some. Give a 1970s film director an inch, they’ll take a mile – correction: they’ll take that inch, beat it into submission and make it their bitch. It didn’t happen overnight. No bells sounded at 12:01 AM on January 1st, 1970, signaling all movies to get violent and filthy. It had been stirring for years. It just happened to explode in the 1970s, showering all of creation in its frothy mess of excess and taboo crossing. Things got filthy for a while, and wouldn’t get fumigated until a few years into the Reagan administration. 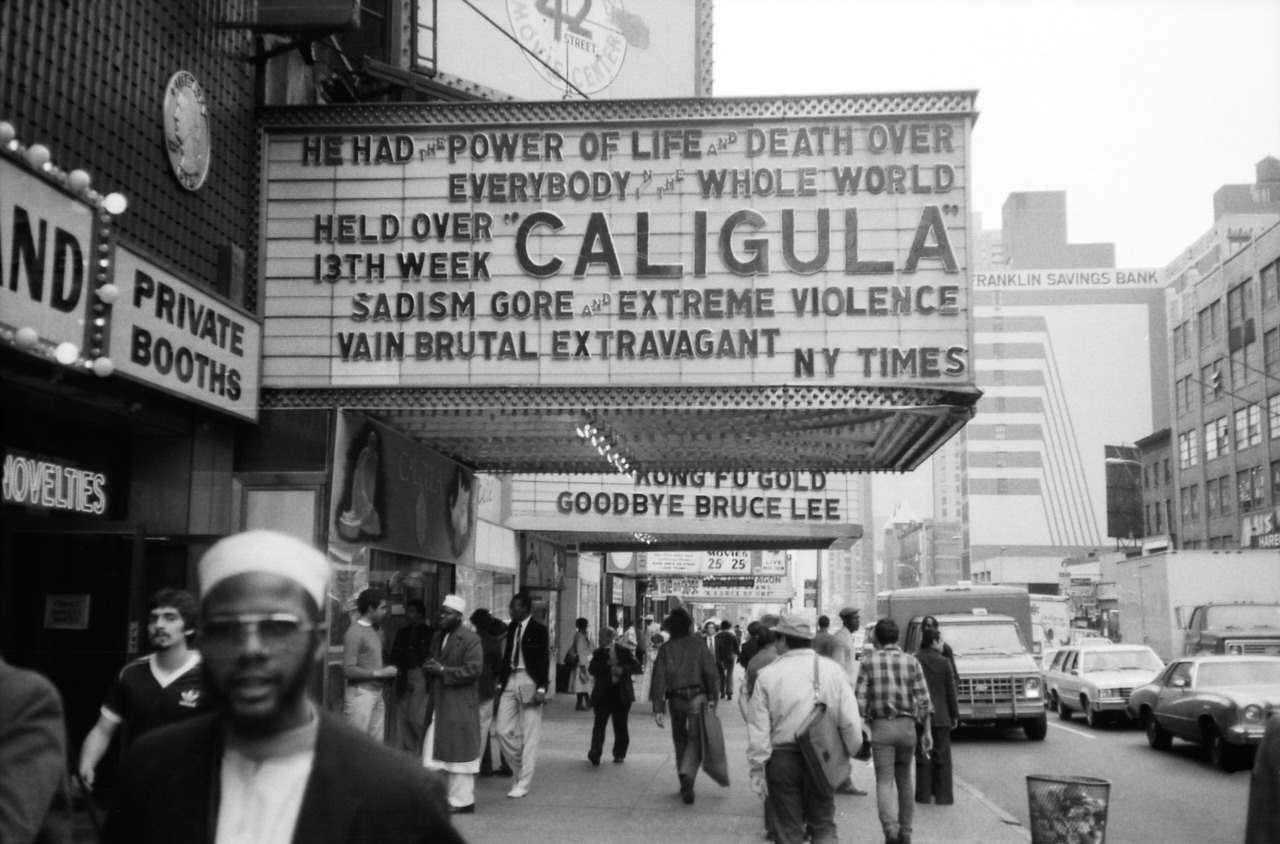 During this decadent time, cinema hit its high water mark when it came to slapping audiences in the face with its sick, twisted reflection. Sure, there was also plenty of light hearted fare. This was, after all, the decade that gave us Caddyshack, Benji and Smokey & the Bandit. But cinema’s seedy underbelly had never been seedier (and never would crouch this low again). Cinema at the grindhouse and up and down New York’s 42nd street was nihilistic, uncomfortable to watch, and made you want to take a shower afterwards. Here are 5 of the worst of the worst (or the best of the best, depending on whether you like wading in the cinema sewer). 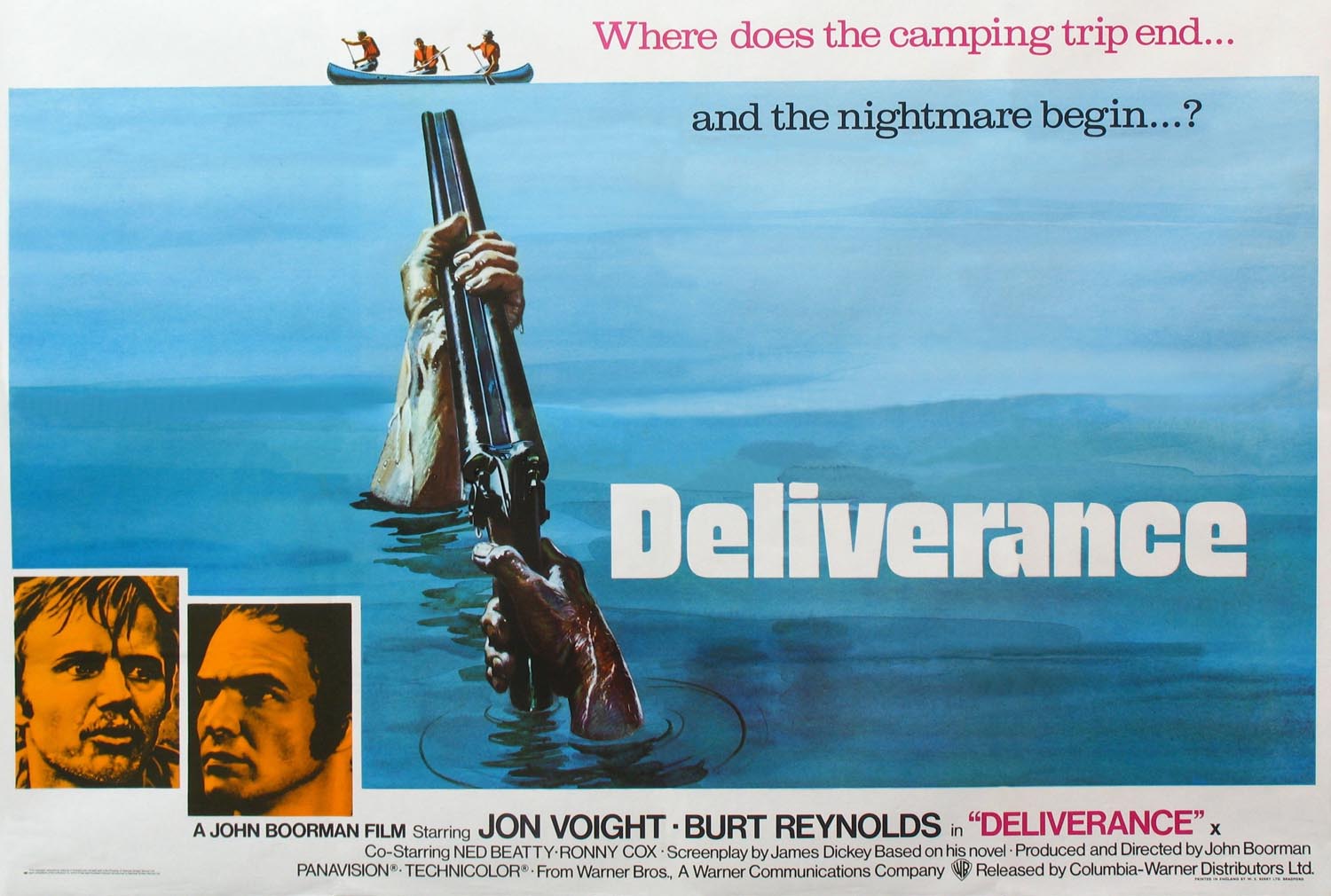 The content is so jarring and severe, you wonder how there was an audience for this; yet, the film is so well crafted that it couldn’t help but become a box office hit.  Plus, as I’ve mentioned, audiences in the early 70s hated sugar-coated fluff; they wanted harsh reality.  With Deliverance, that’s exactly what they got.

The Plot: A group of city slickers want to get away for a bit out in the wilderness.  No problem with that.  The problem comes when the inbred locals decide to hunt and rape them.  Family fun is had by all.

This could have just been a tense thriller, but Boorman’s direction makes things all too real, not flinching away from the horror for a second.  I suppose there’s a statement that’s being made here that originates from the novel, about our how man has become so separated from the primitive that we are helpless prey when removed from the security of civilization.  But none of that matters when you’re watching Deliverance – it’s a purely visceral experience that will have you feeling like Ned Beatty after it’s through with you.

Poor video store customers like myself were unprepared for the mean-spirited sleaze-fest that awaited with this dark and twisted tale.

The Plot: A demented dwarf abducts young women, chaining them up naked in an attic where they are given drugs and serve as sex slaves.  Meanwhile, the scenes with the aging old lady who owns the building have that surreal nightmare quality which you’d find in David Lynch films a decade later.  There’s also a couple of new tenants  unaware of the degenerate activity going on upstairs.  The girl, (Ann Sparrow), is abducted herself but (spoiler alert) is rescued by her hubby in the end… but not before she’s been pumped full of drugs by this insane dwarf and raped.

If this sounds like the sickest thing you’ve ever heard of, just realize I am in no way doing it justice – it is much worse than it sounds.  In fact, the story goes that Ann Sparrow was so traumatized by the whole sick affair that she left Hollywood and never worked in another film again.  In many ways, it’s the naive and innocent Ann’s shock and horror, which is more than likely genuine, that makes things so much more awkward and uncomfortable.

I could go on all day about this nightmare dwarf and the many scenes which will have you crying in the shower, frantically trying to wash away the memories of this horrific film.  Instead, I’ll just ask a single question: Why?  Why does this film even exist?  Talk amongst yourselves. 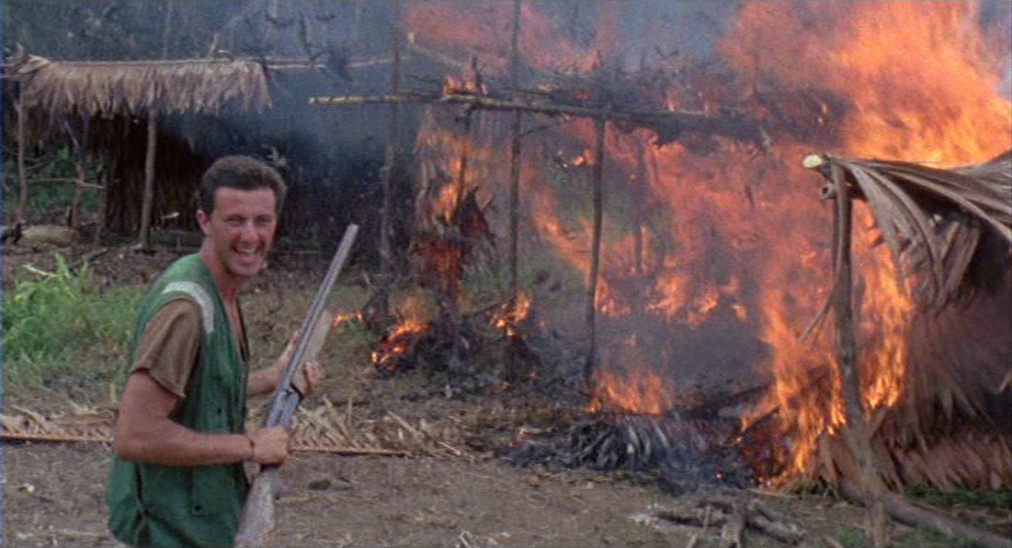 The trend in horror for the past several years has been the “found footage” trope.  Movies like Paranormal Activity and REC have been huge successes, a template which had its spark with The Blair Witch Project over a decade ago.  Yet, if you trace its roots, you could go back even further, back to one of the vilest, most disturbing movies of all time – Cannibal Holocaust.

The Plot: Journalists travel to the Heart of Darkness where they basically commit mass murder of the jungle natives.  The whole disgusting affair is caught on camera which is discovered by douche bags in the city.  Insert clips of animal killings and graphic rape, and you’ve got yourself the closest thing to a snuff film you’re liable to come across.

The film was released in the States in 1980, but was filmed in ’79, so I suppose it still should be lumped in with films of the 1970s.  Aside from the graphic content, what makes this one so unbelievably soul shattering is the realism  – it just feels so damn real.  Cannibal Holocaust won’t be washed away by a simple shower – my advice is to just walk away and pretend it never happened.  Keep telling yourself the lie that you never watched this, eventually you’ll believe it.

After the success of Rosemary’s Baby and The Exorcist, the already occult obsessed audiences of the 1970s became inundated with satanic flicks (AKA Hexploitation).  When I happened upon this Spanish entry into the genre, it was like I had been bitch slapped by Beelzebub – nothing could have prepared me for this truly evil scarefest.

The reason this film stands out among the tidal wave of Hexploitation in the 70s is the way evil is so horrifically presented.  The Exorcist, for example, could so easily have wound up a cheesy cult film in the wrong hands; but, William Friedkin inserted so much genuine darkness and evil into the mix that any sense of humor or tongue-in-cheek nature was lost.  The same can be said for Escalofrio.  The film goes down a dark and twisted tunnel that few films are brave enough to travel.  In the end, you will be worse for it.

The film coloration and overall quality is as if it was marinated in a puddle in a gas station bathroom. There’s an overriding sense of nihilism; an unshakable feeling that life sucks and has no meaning. Unsavory characters populate the stage – with no makeup, no custom wardrobe, and no Hollywood beauty. Murder, rape, assault, nudity, butchery, stalking, and sweaty graphic sex are always on the menu.

Many directors have tried to recreate the twisted magic of seventies grit, but it’s an intangible that just can’t be mimicked. It has to grow naturally, and that’s not something you necessarily want to cultivate.

The Plot: A butcher kills somebody and confides in his fiance. She insists that he go to the police; naively she assumes he won’t be charged with murder – that he can claim self-defense. Our Cannibal Man doesn’t see things this way, and strangles her to death.  This creates a domino effect, where he has to kill one person after another to protect his secret. He subsequently has to kill his brother, his brother’s fiance, and his own father. Talk about escalating! Each body he carries to his filthy little room until he can take them to the sickening factory farm where he works.

There’s actually no cannibalism in the film; so, the title is an absolute misnomer. The closest approximation to The Cannibal Man I can think of is Henry: Portrait of a Serial Killer. Not family friendly fare by a longshot. Indeed, this film was included on the infamous Video Nasties list.

Ugh.  Glad this all over.  Now I recommend everyone go watch Smokey & the Bandit and The Cannonball Run back-to-back to erase the memories.