Wherever there’s a clown, you’ll find a child crying.  What possesses adults to think children love clowns?  It was particularly bad in decades past, when those nightmarish denizens of the underworld (i.e. clowns) plastered their grotesque faces on tons of children’s products – including album covers.

Let’s have a look at 30 clown covers – not all of them intended for kids; but all of them definitely sure to provide you with plenty of nightmare fuel.  You’ve been warned! 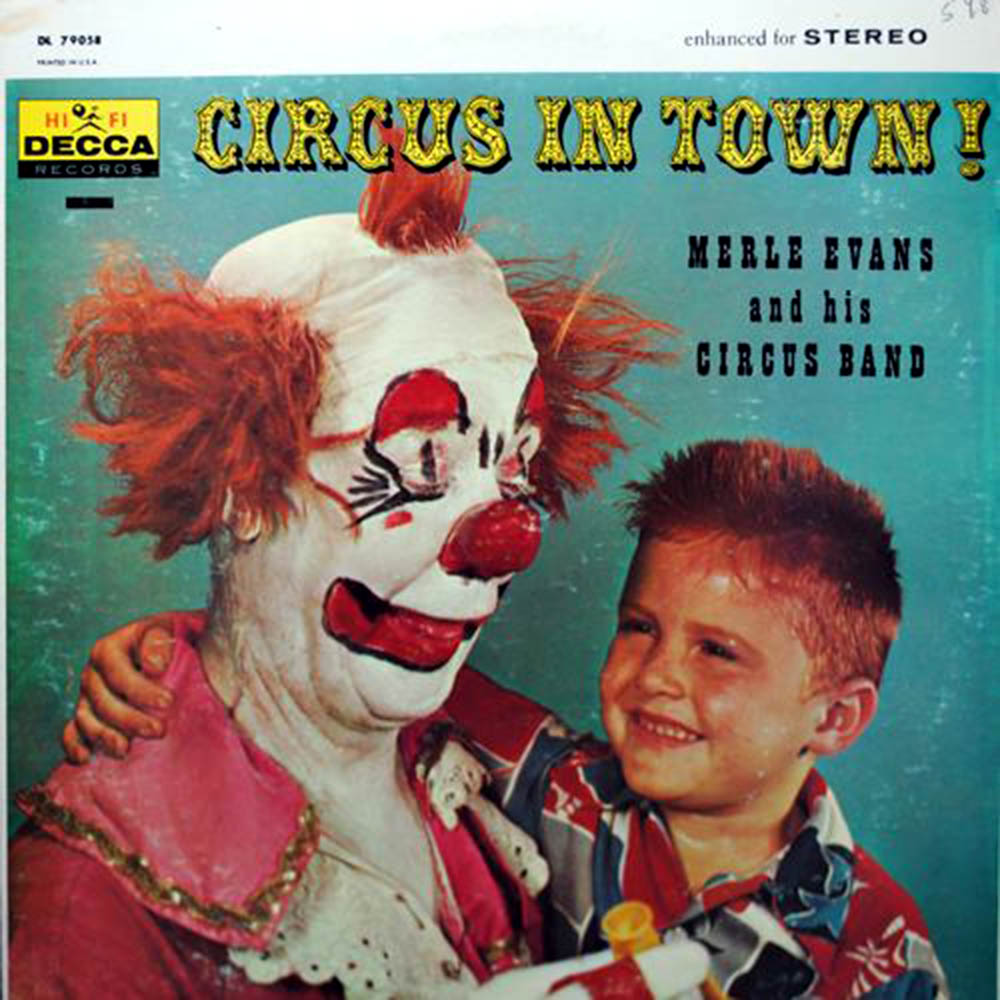 Billy seems okay with his clown, even though he’s clearly drunk and probably smells like cheap Scotch and garlic bread.  Sadly, this is the last photograph of Billy alive.

Also note that Decca is famous for passing on the Beatles… but they were good with this? 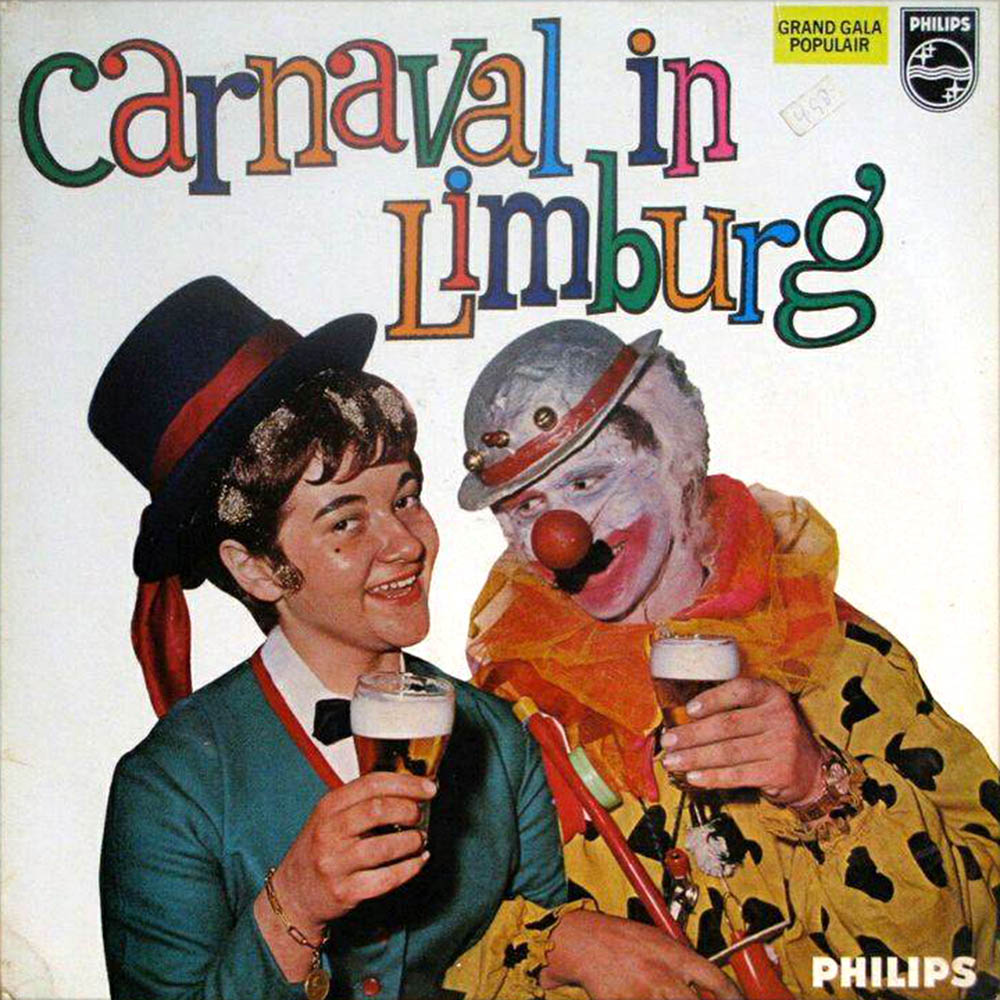 Dear God!  Can you imagine sitting next to this thing at a bar? What unspeakable horrors are churning through this clown’s mind right now? 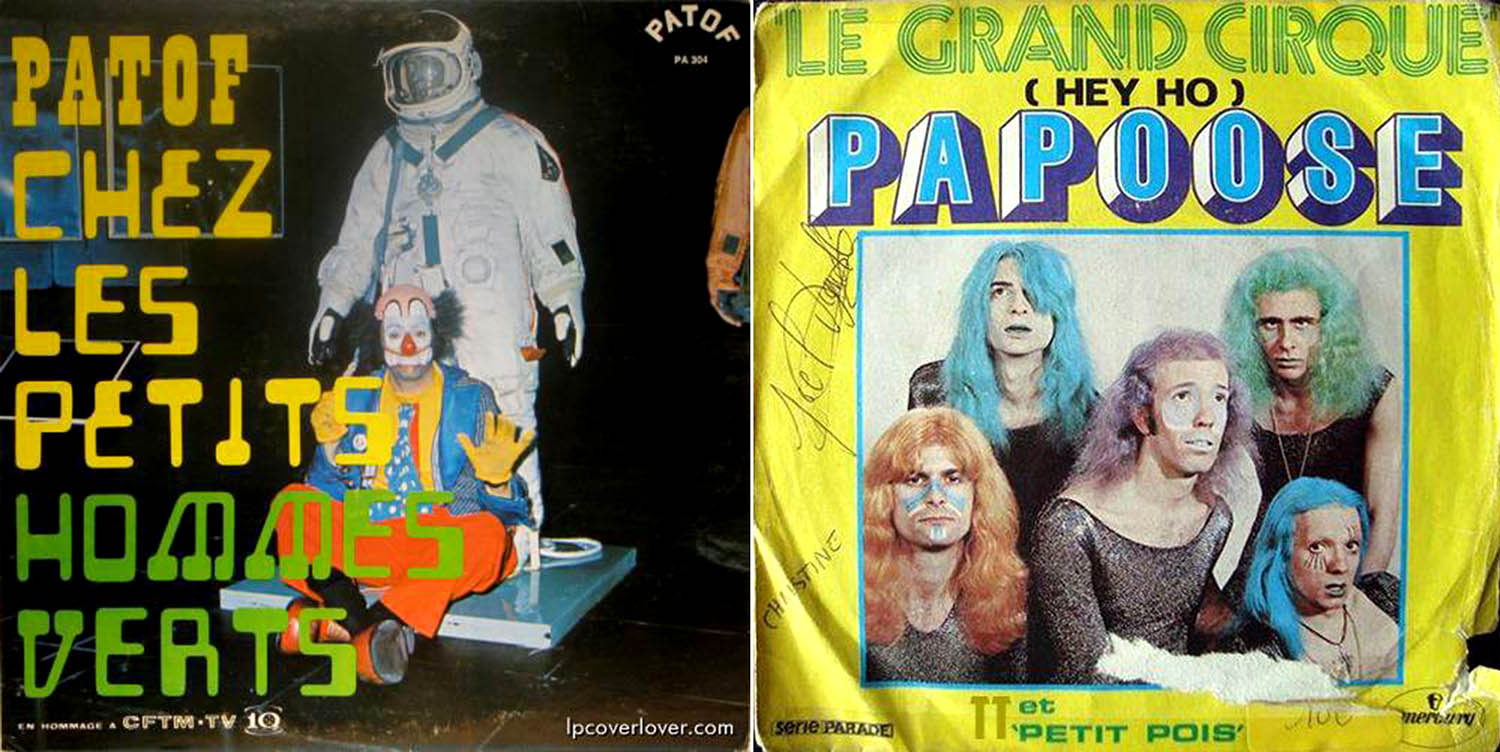 (L) This is Clown Control to Major Tom, (R) France’s answer to The Beatles 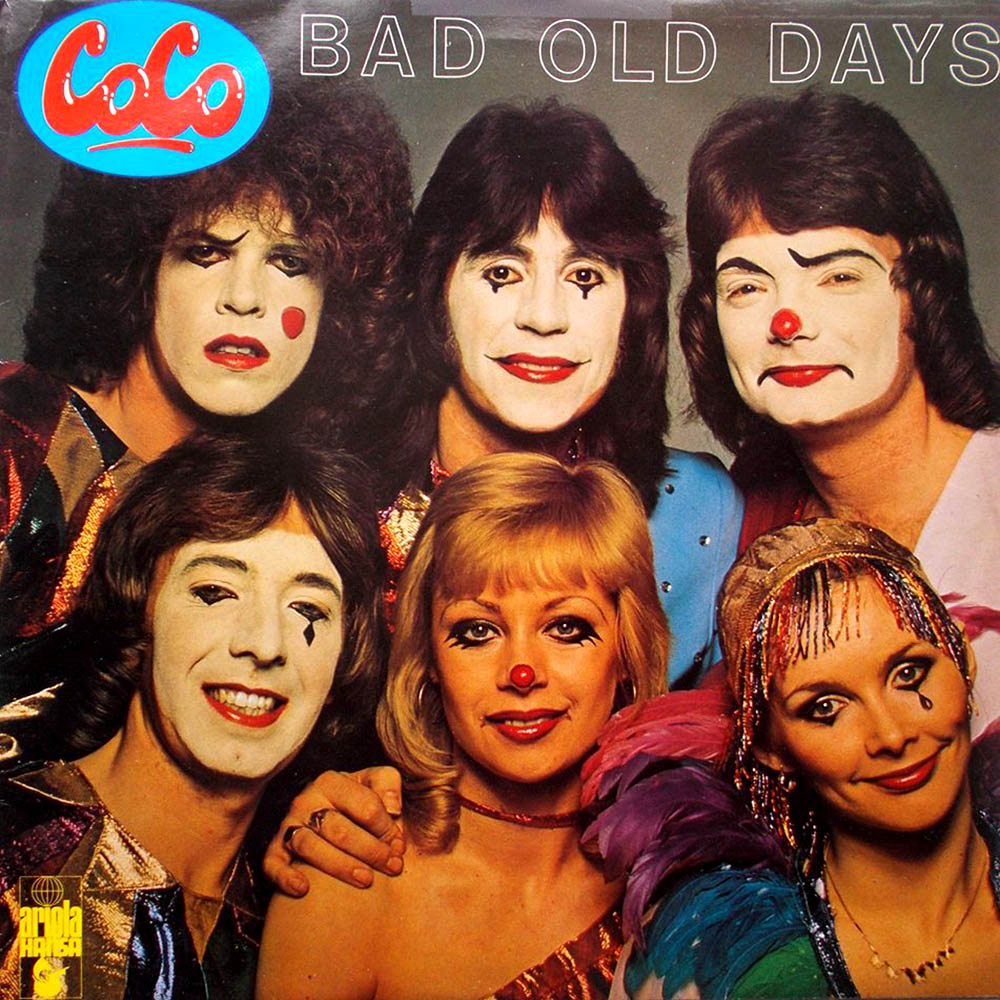 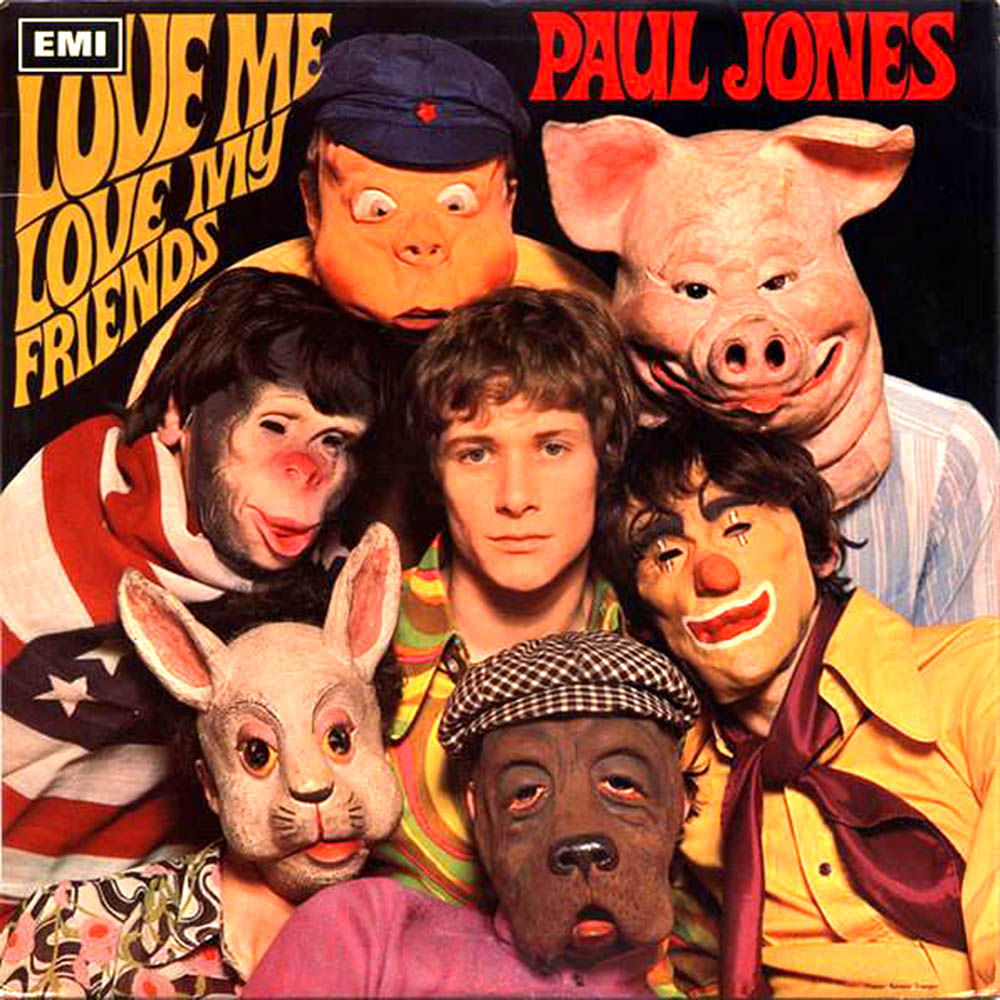 The Walrus was Paul… and the mummified clown demon? He’s still at large. 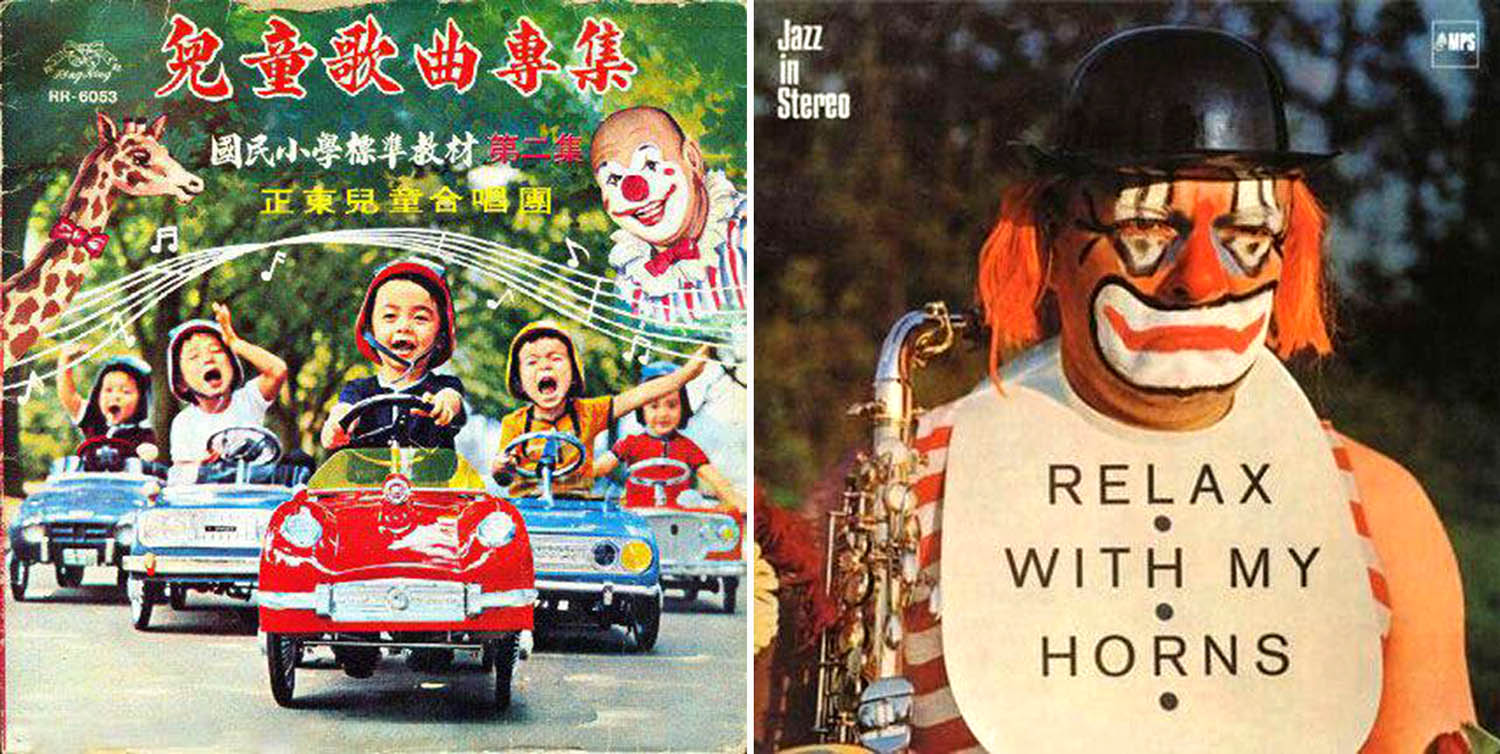 (L) The children are driving away from the clown as fast as they can.  Faster, kids, faster! (R) A 1966 album cover that defies belief.  Who thought this was a good idea for a cover? 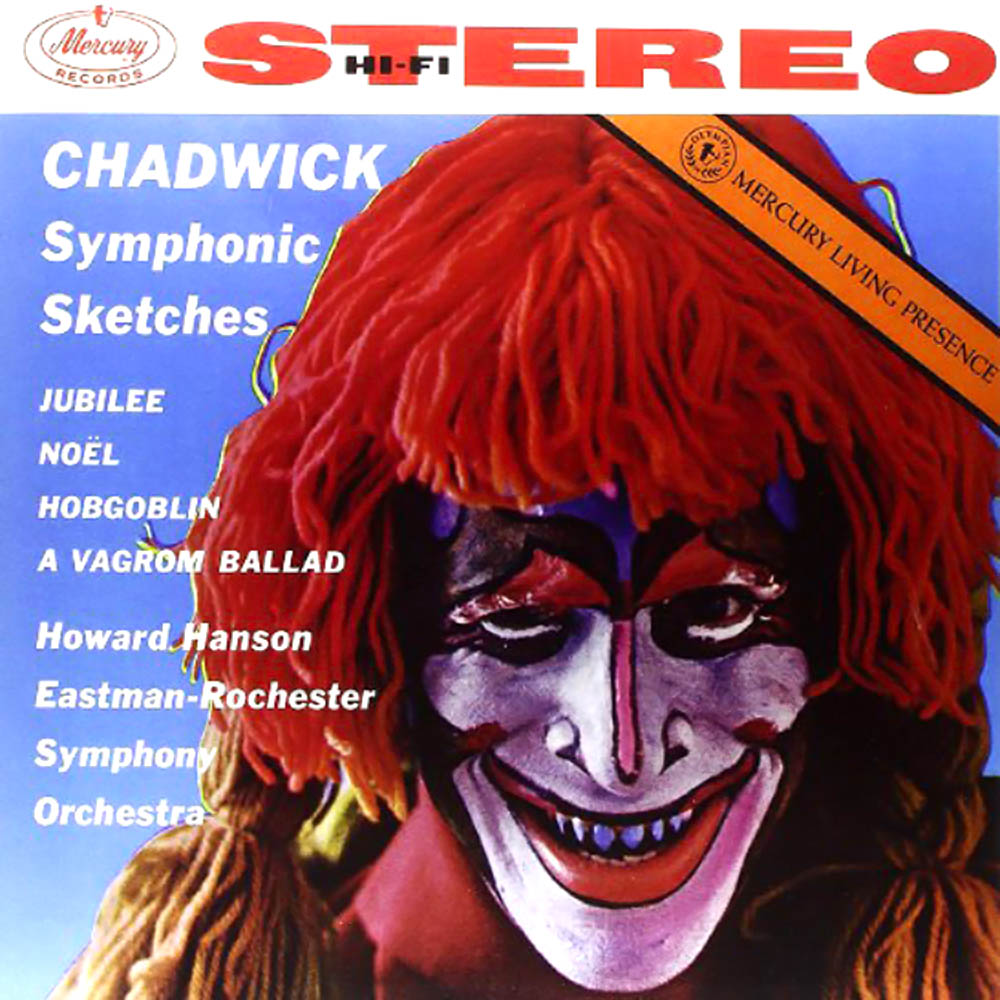 There’s no way this could have been a real album, right?  But it is… 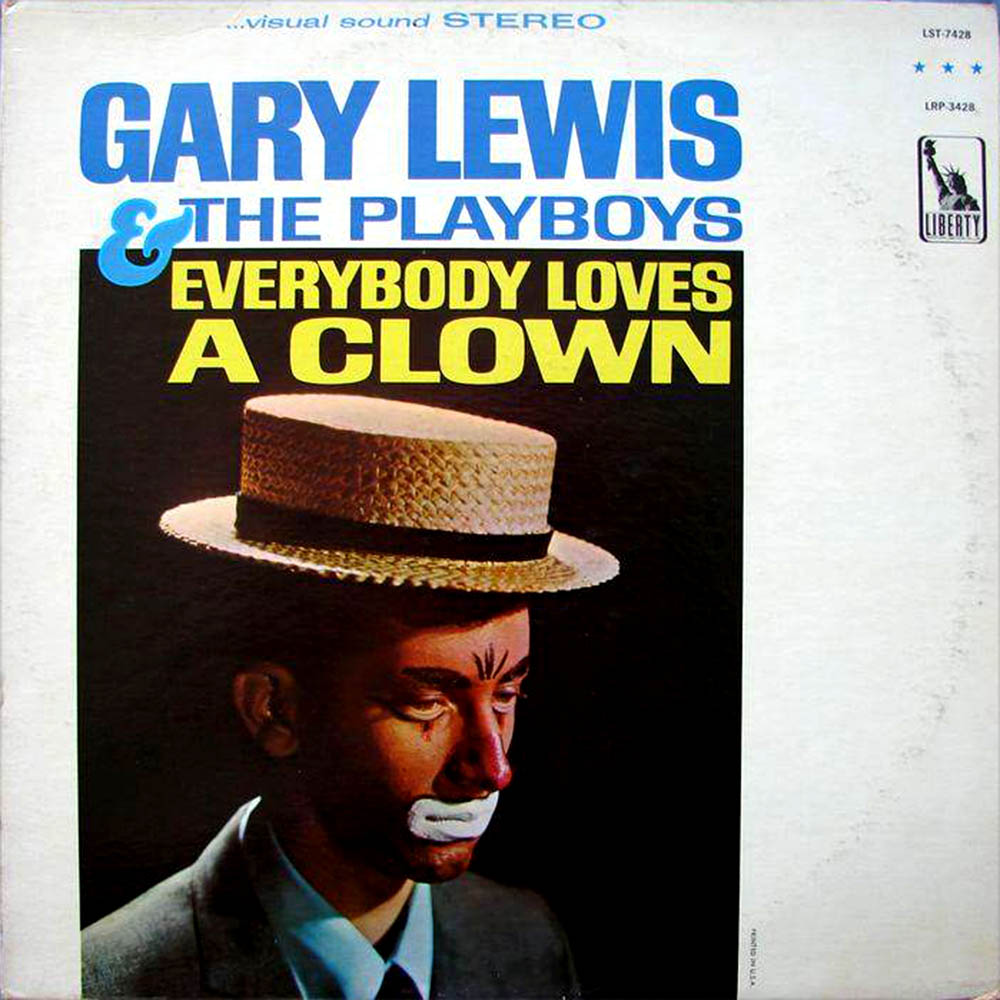 Gary seems to have learned the hard way – nobody loves a clown.

(L) Pigmeat will be haunting your dreams tonight.  (R) This guy looks really put out; clearly not embracing the demonic mania that is the clown. 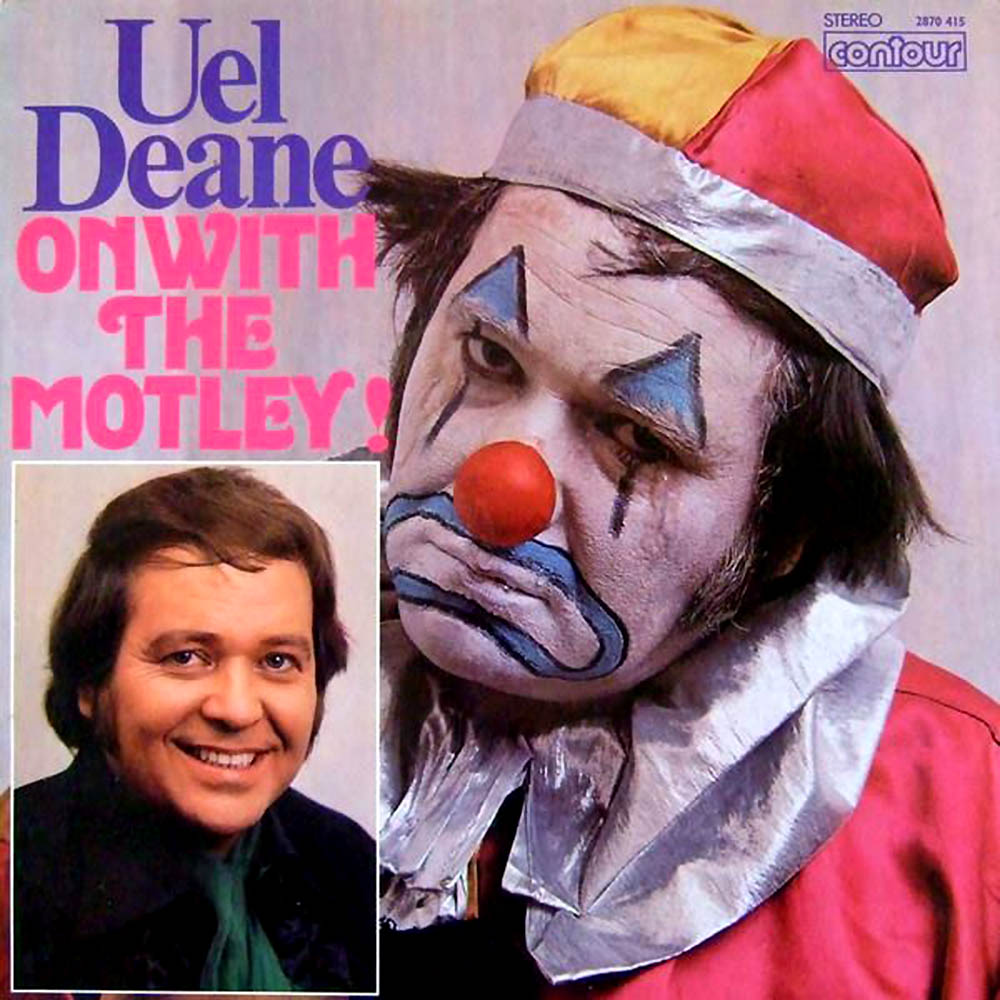 Uel Deane provides us with an insert image as if to show us, he’s not really a homicidal psychopath.  See – I’m a normal guy… I promise! 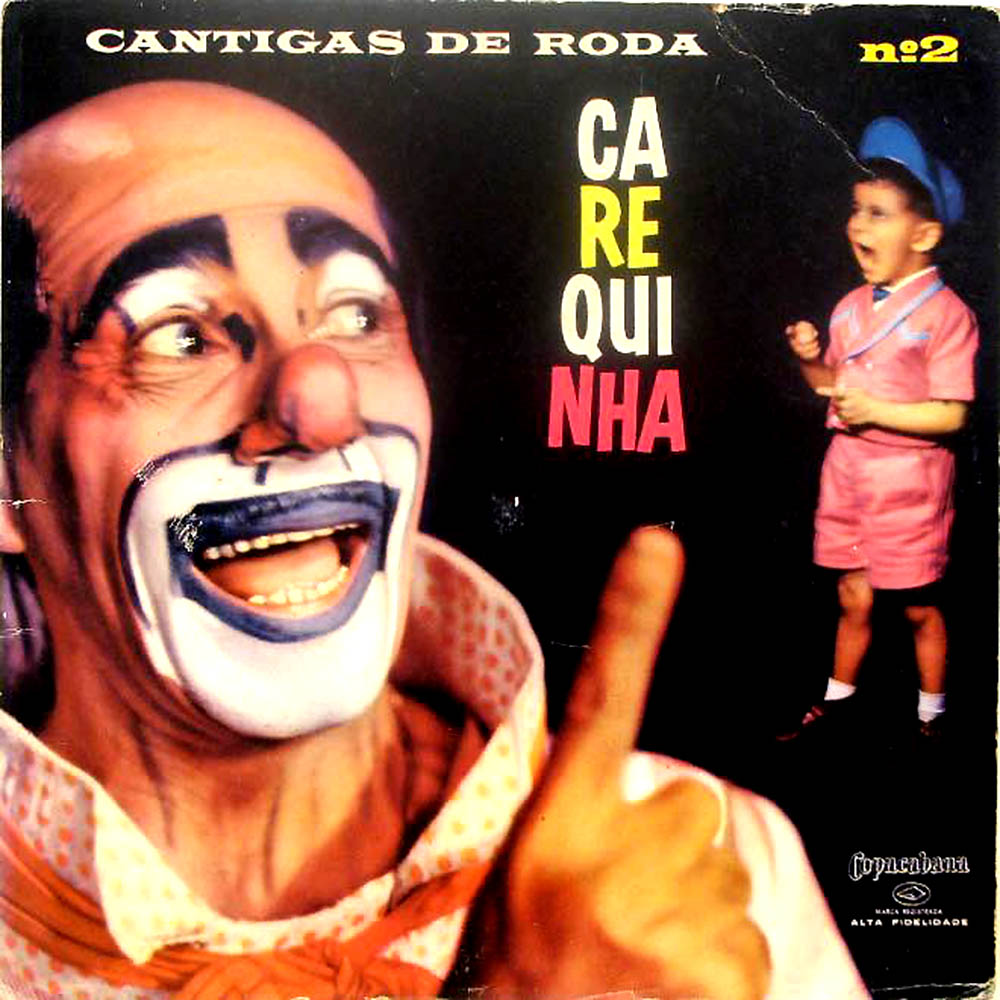 Now this kid understands the true nature of clowns.  As he screams, the clown wags his finger: “Quiet, little boy, or I’ll burn your house down.”

(L) The last thing you see before you’re killed by a gang of clowns, (R) I don’t like the expression of that puppet – it’s like she knows something. 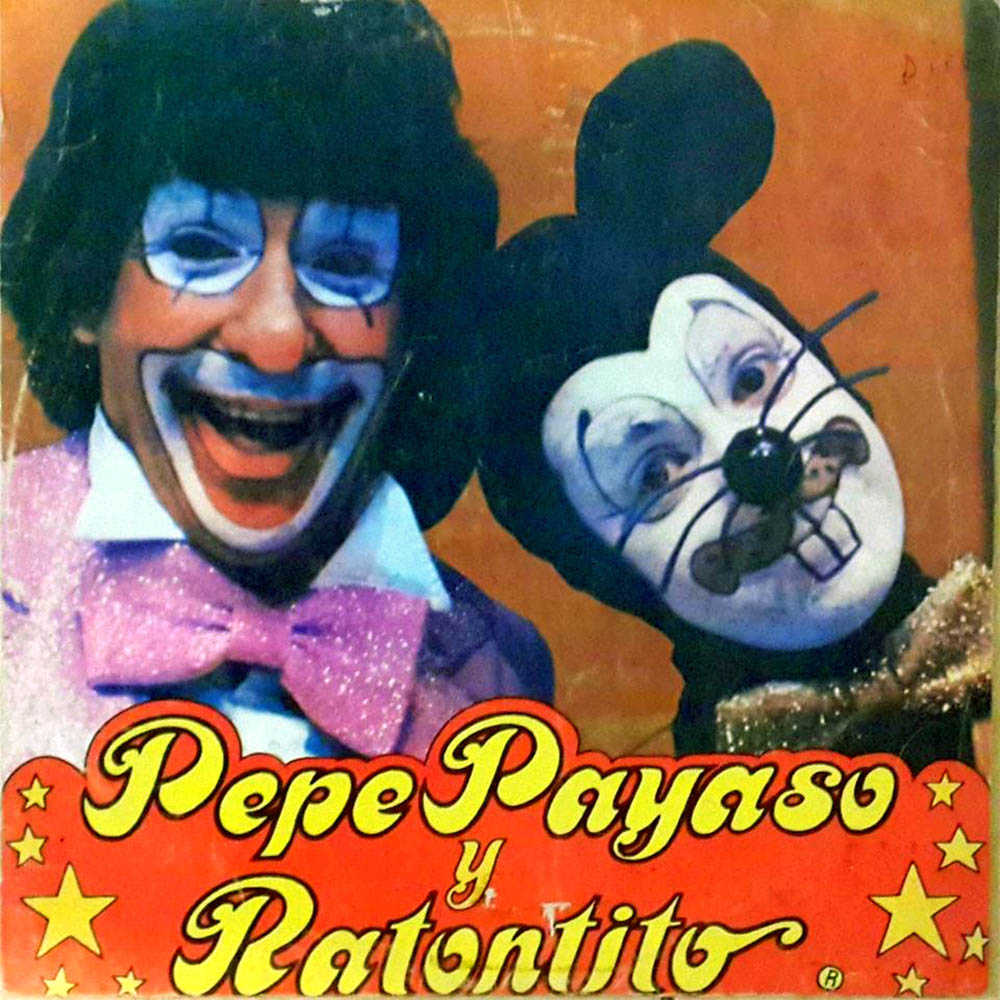 “Ratontito” is a play of words with “ratón” (mouse) and “tonto” (fool).  A more apt name would have been Ratóndiablo. 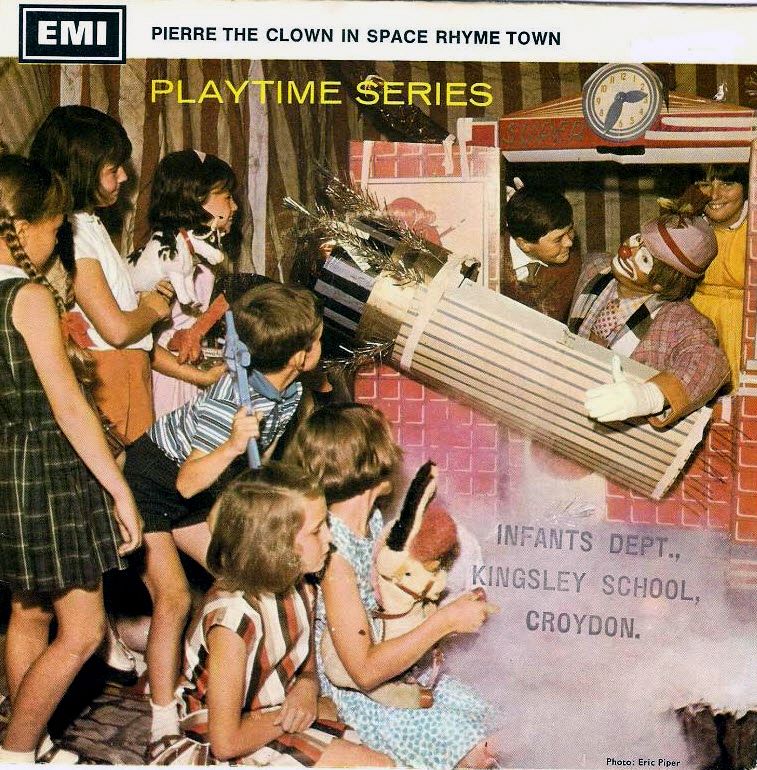 “Remember kids, in space – no one can hear you scream.”

(L) “We’re ready for your solo, Mr. Gacey.  This time could try not to make that stabbing motion?” (R) What was with these huddled groups in clown makeup?  We’ve seen several of these already.  (The seventies were an odd time.  Enough said.) 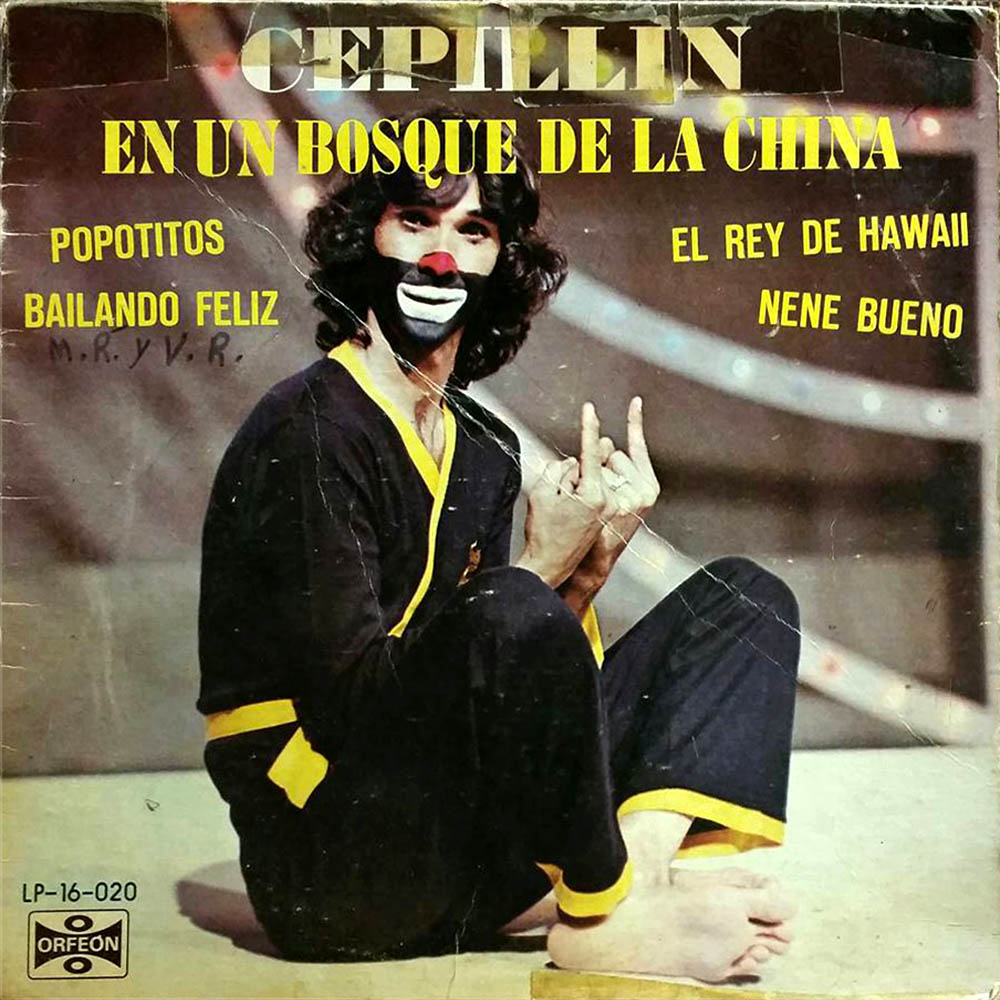 At first glance, I thought this clown was giving us the bird. 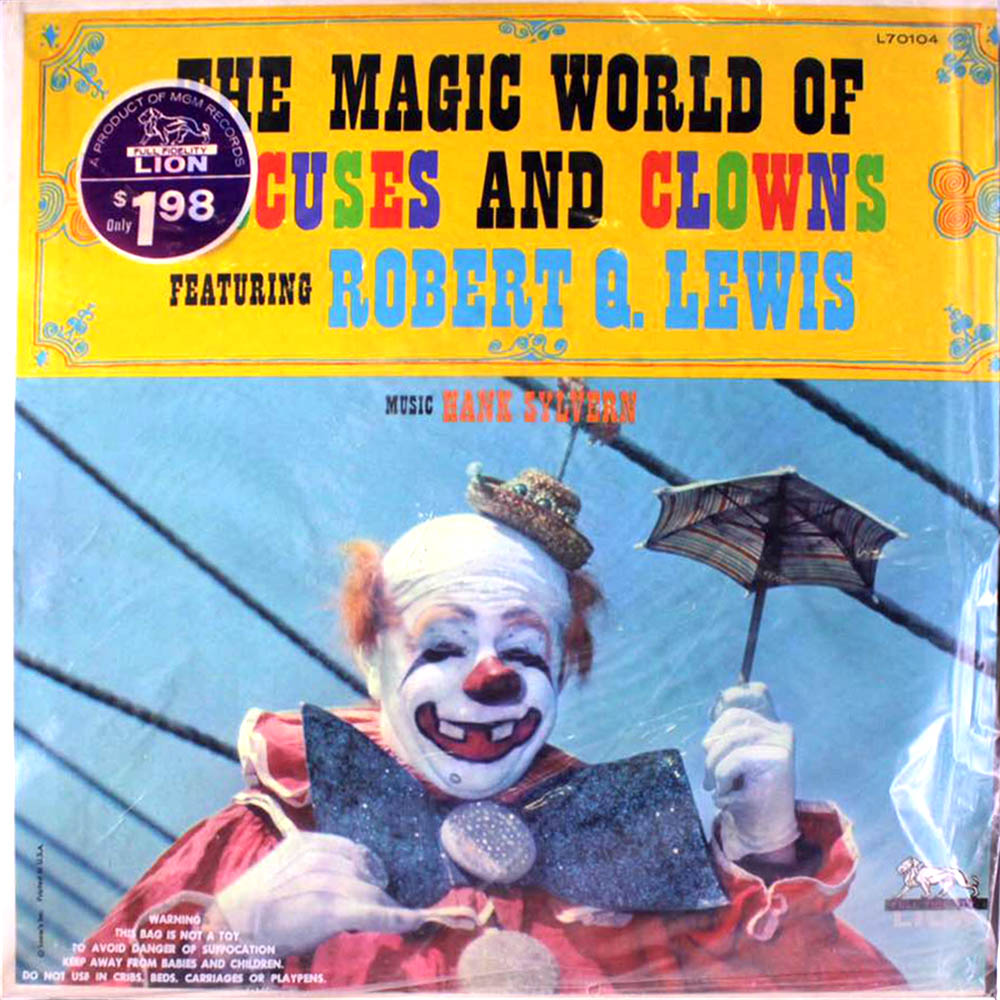 Imagine being a kid in the sixties and given this album… how could you even sleep at night with this in the room with you? 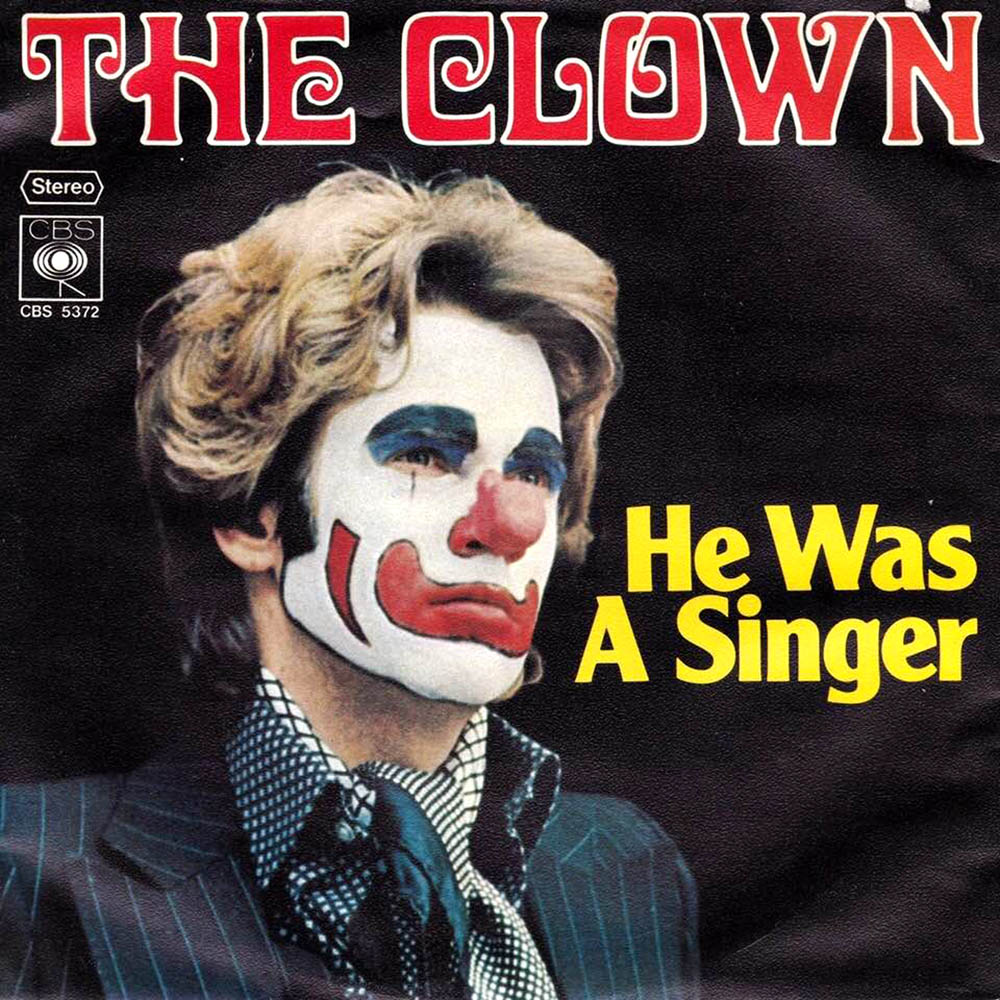 “He was a singer… Now he’s your worst nightmare” 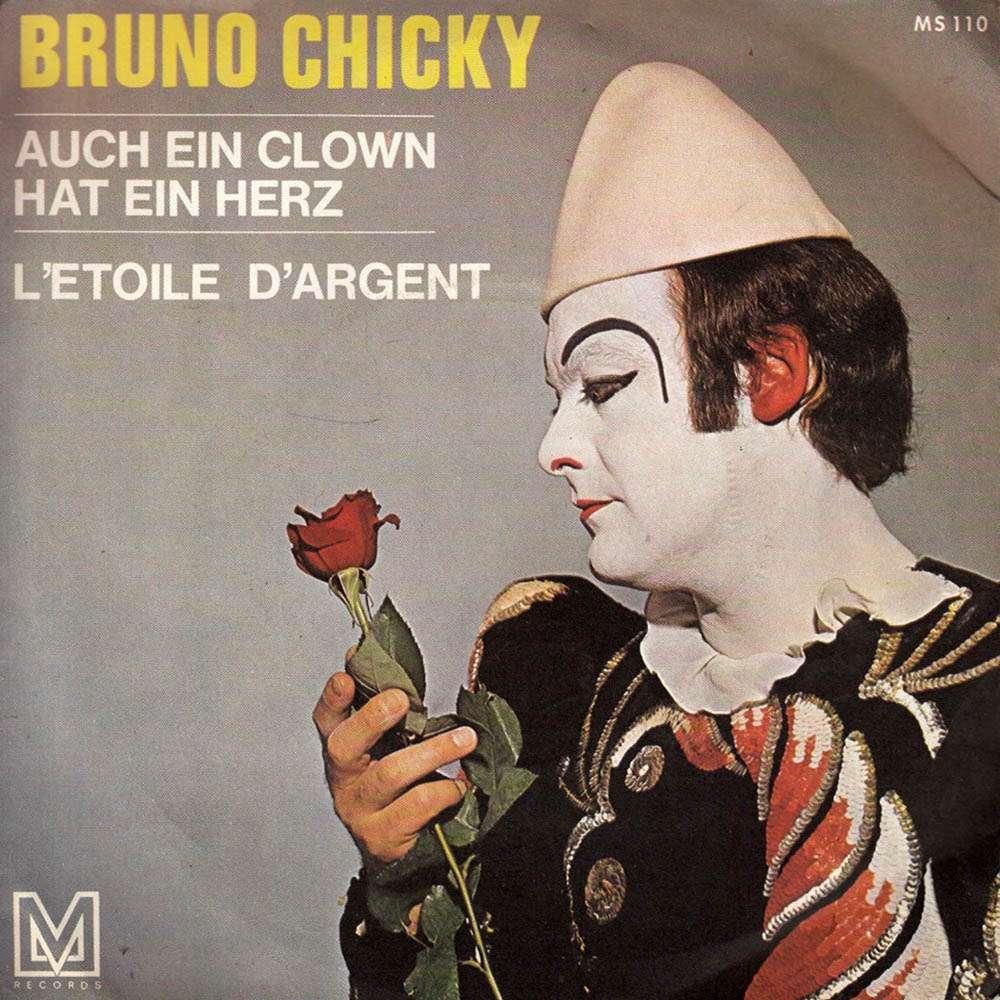 As the saying goes: There’s nothing funnier than a German clown. 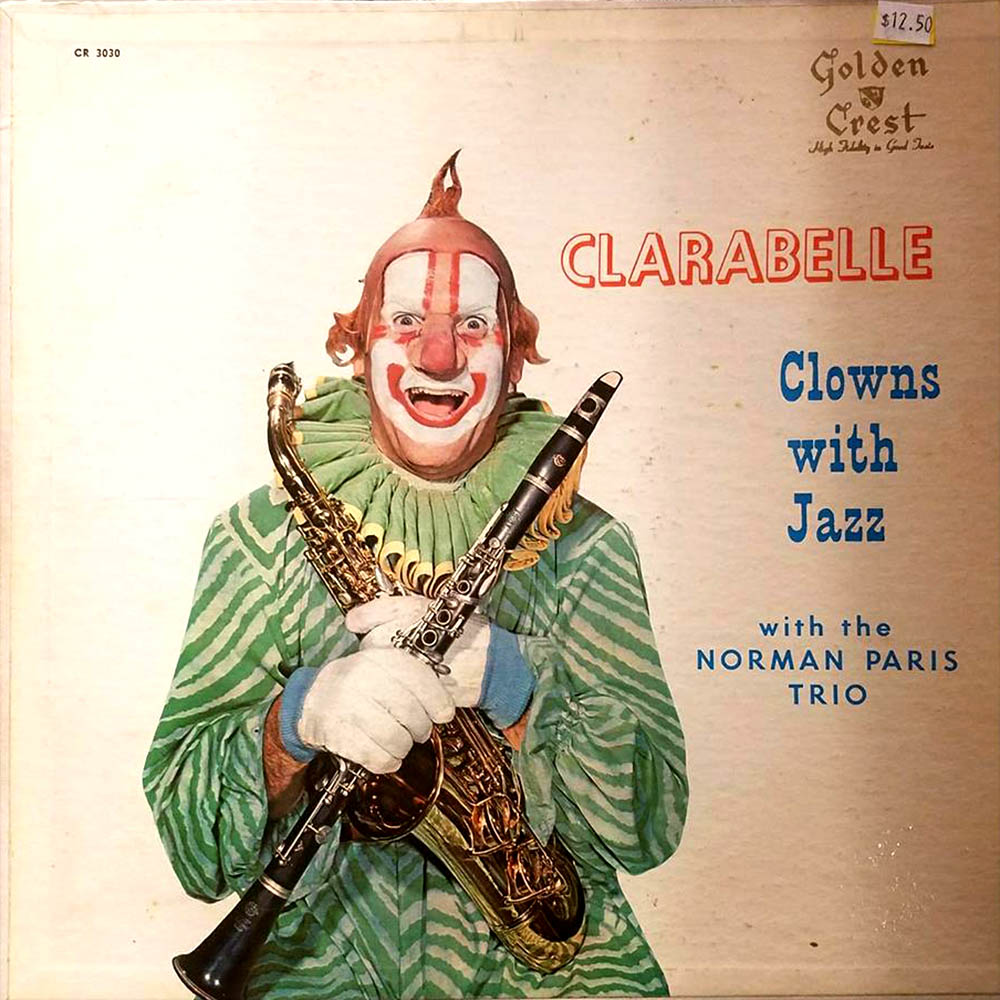 Clarabelle looks really angry. What’s he intend to do with that clarinet? (shudder) 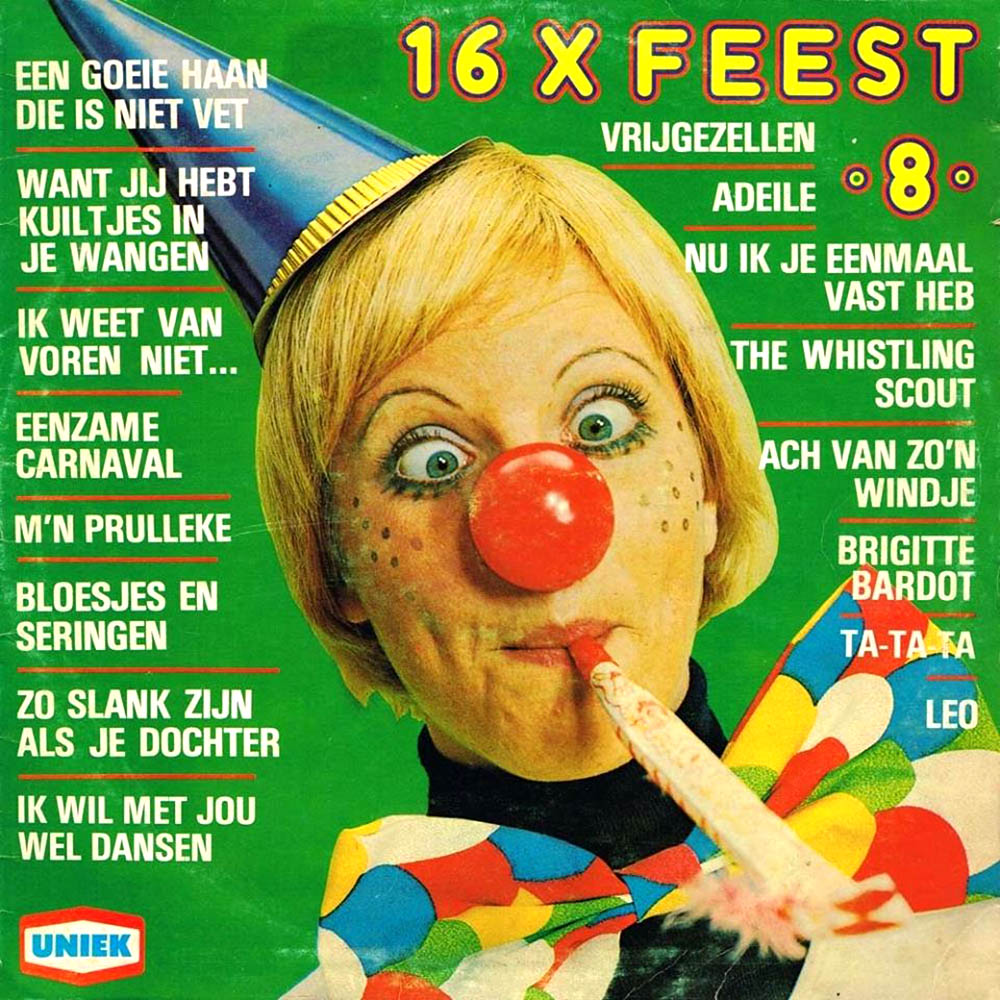 Okay, not all clowns are scary.  Some are just cringeworthy. 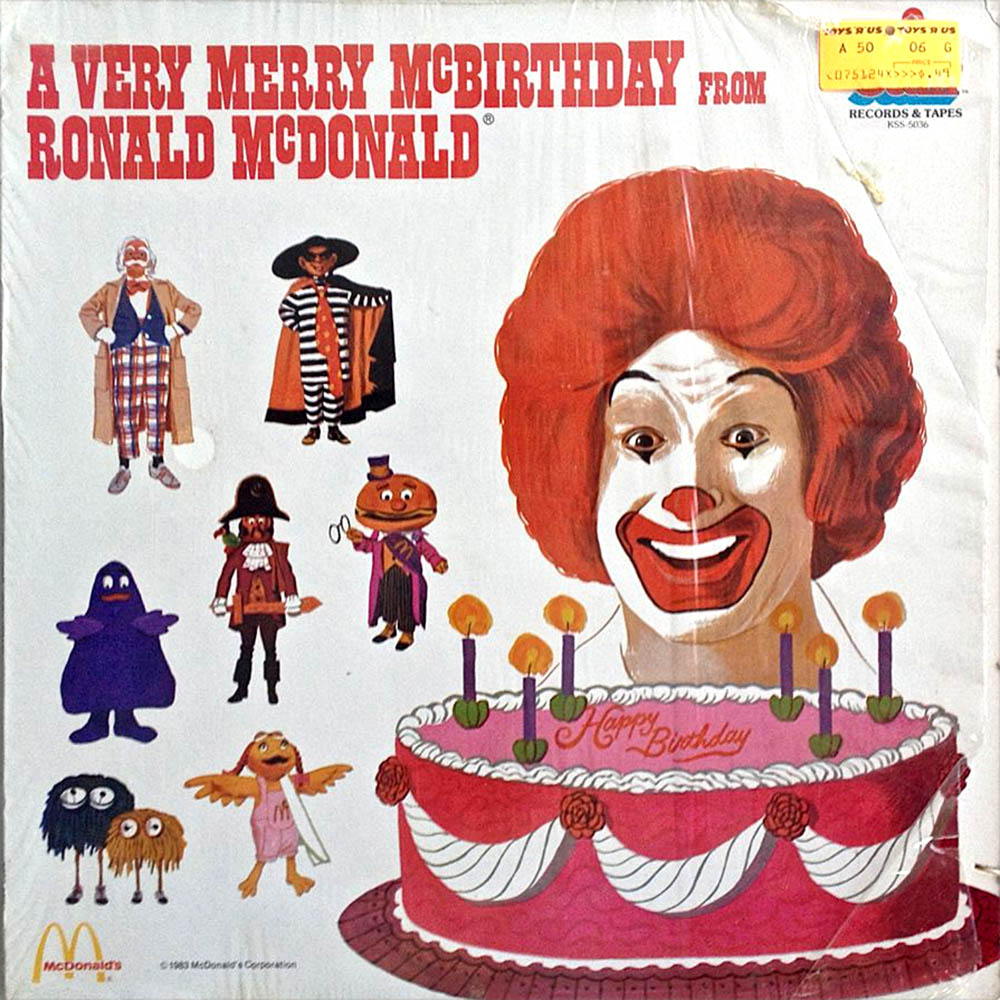 As the Ronald McDonald head pops out of the cake, the kids run screaming.  Worst birthday party ever. 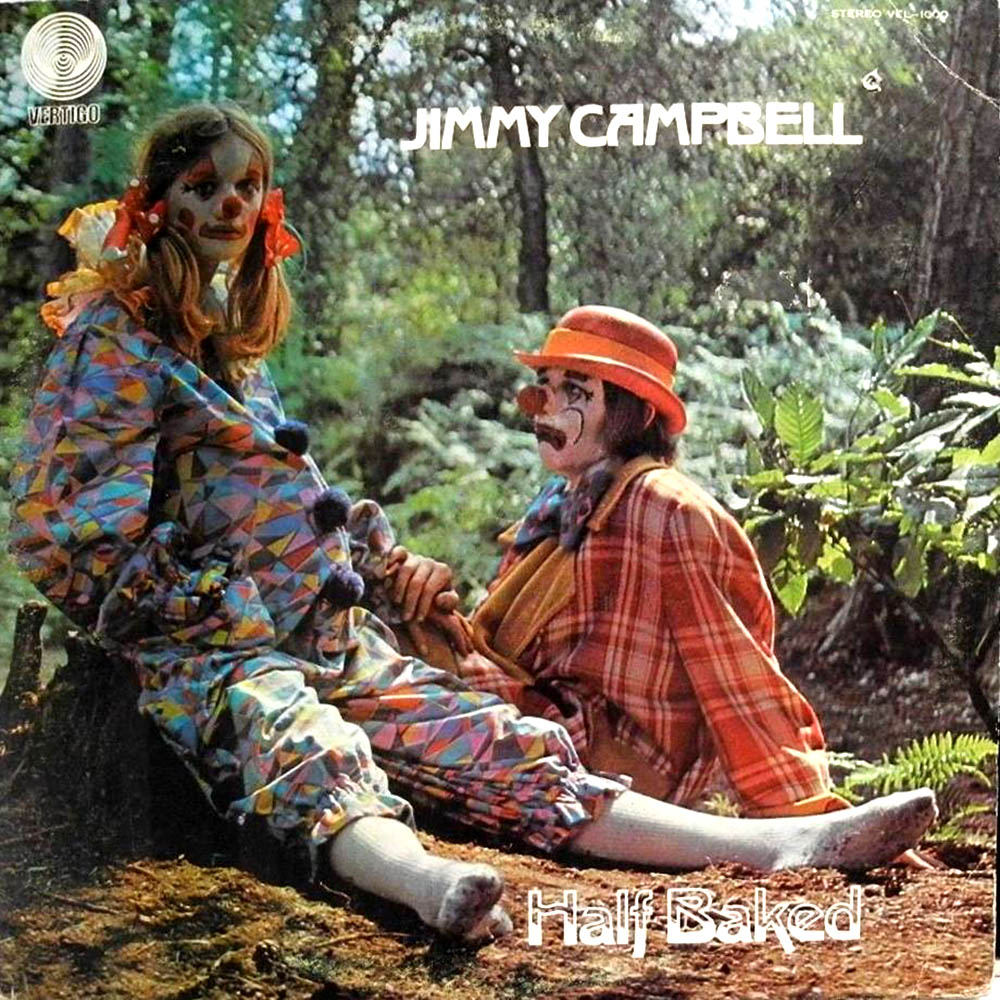 Did Jimmy get the girl clown pregnant?  The very idea of clown sex gives me the willies.  However,  not everyone feels that way… 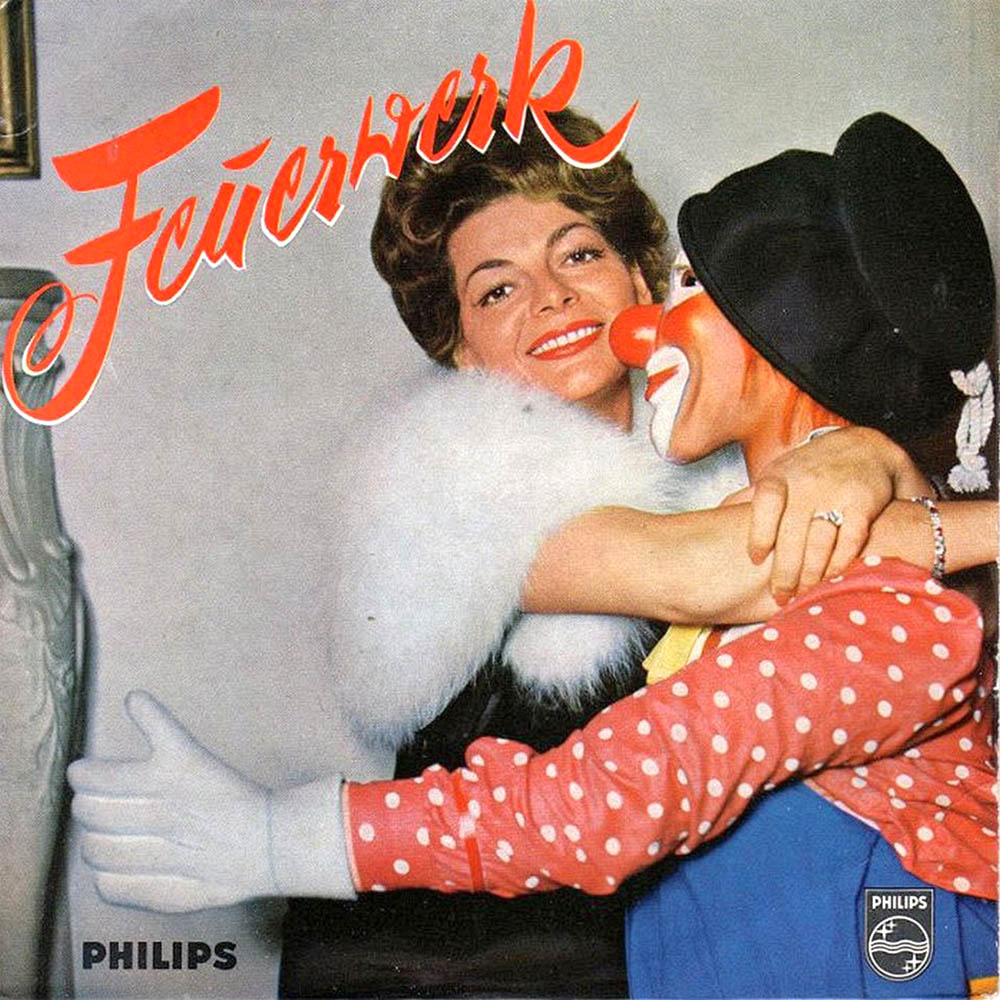 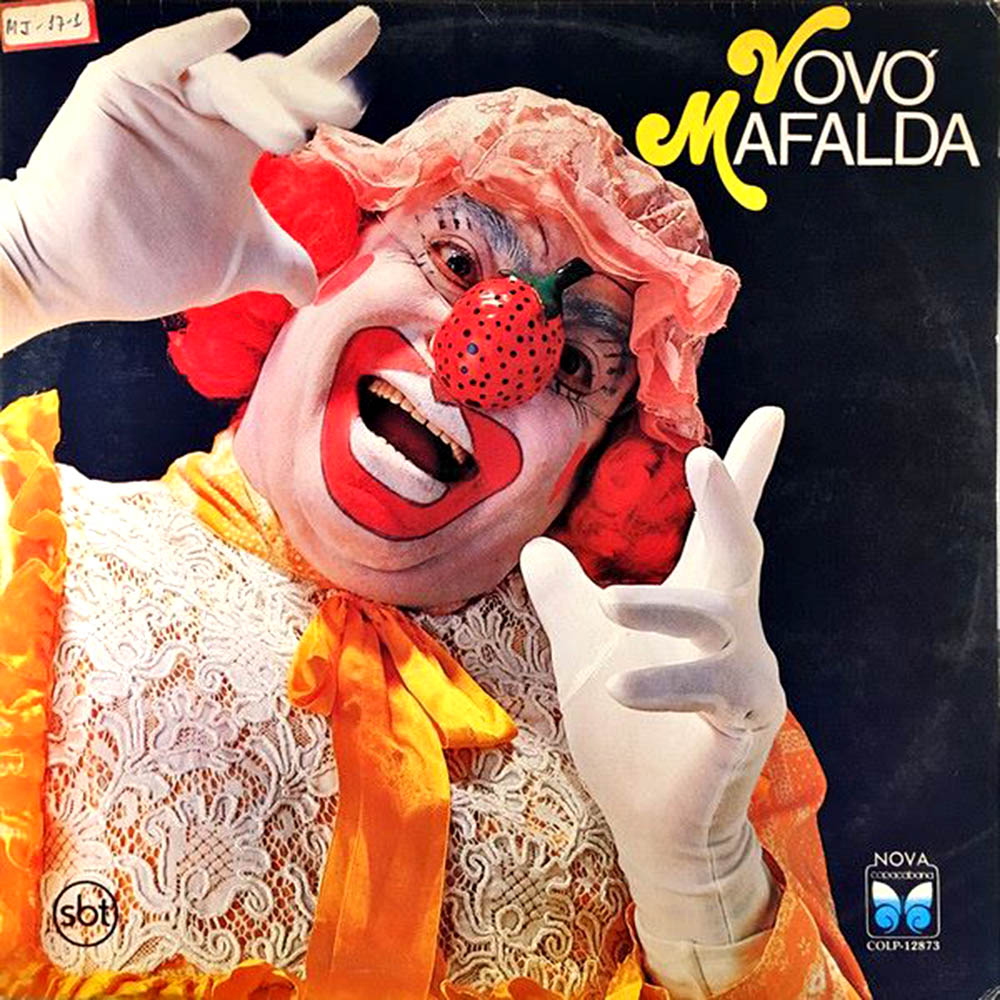 Well, this has permanently put me off strawberries.  Enough clowns for today.