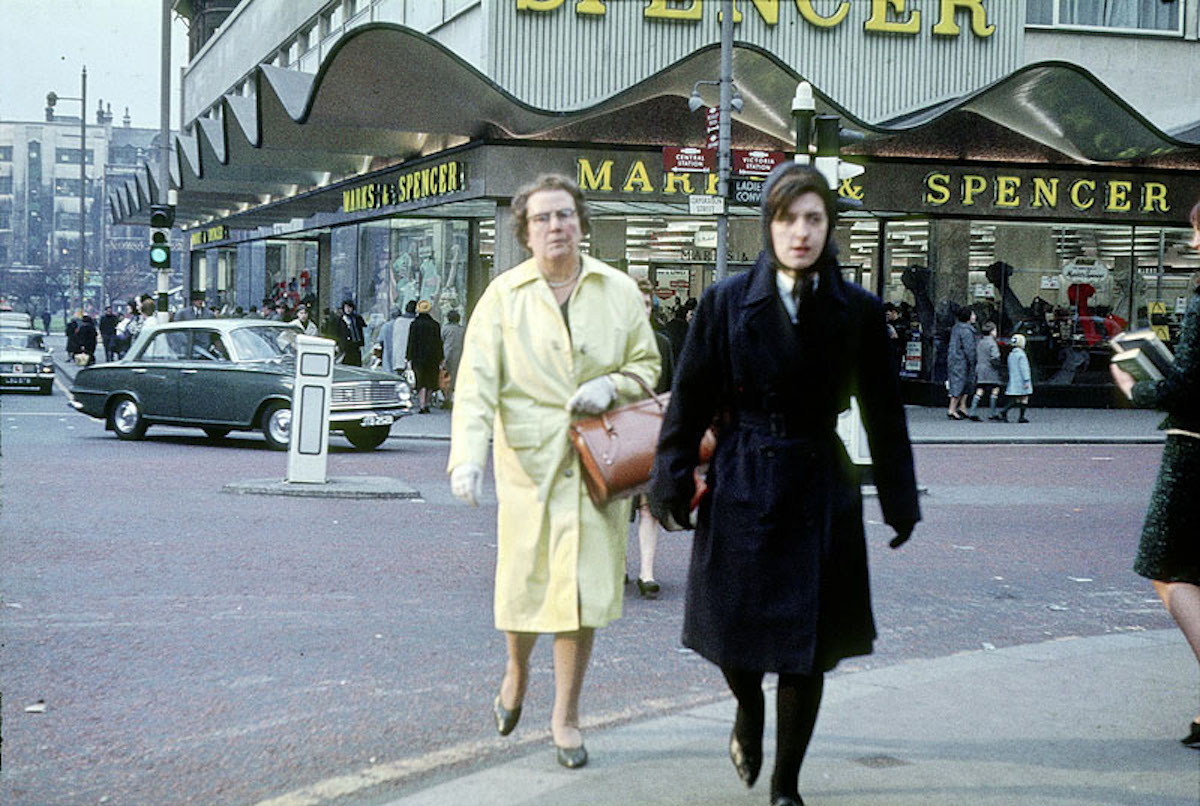 Shoppers outside the Marks & Spencer store at the junction of Cross Street, Corporation Street and St Mary’s Gate in 1964. 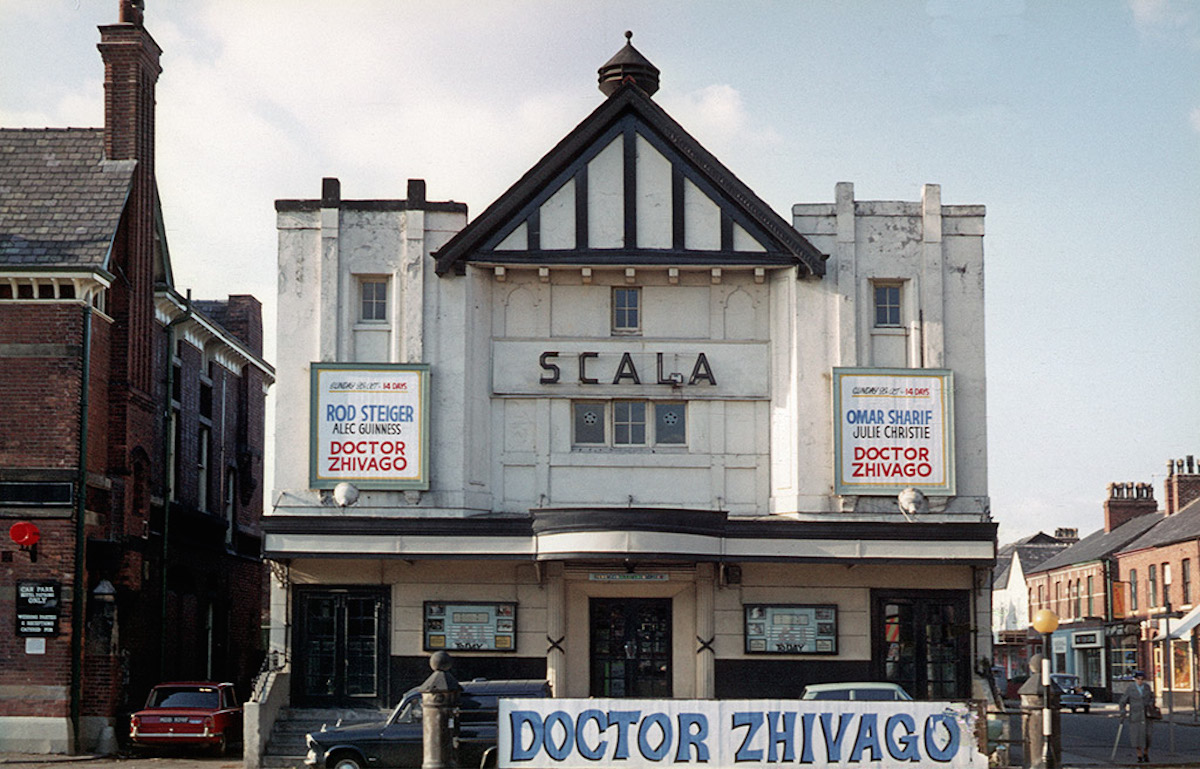 The Scala cinema on Wilmslow Road, Withington in October 1969. Built in 1912, the Scala was renamed Cine City and was demolished in 2008. 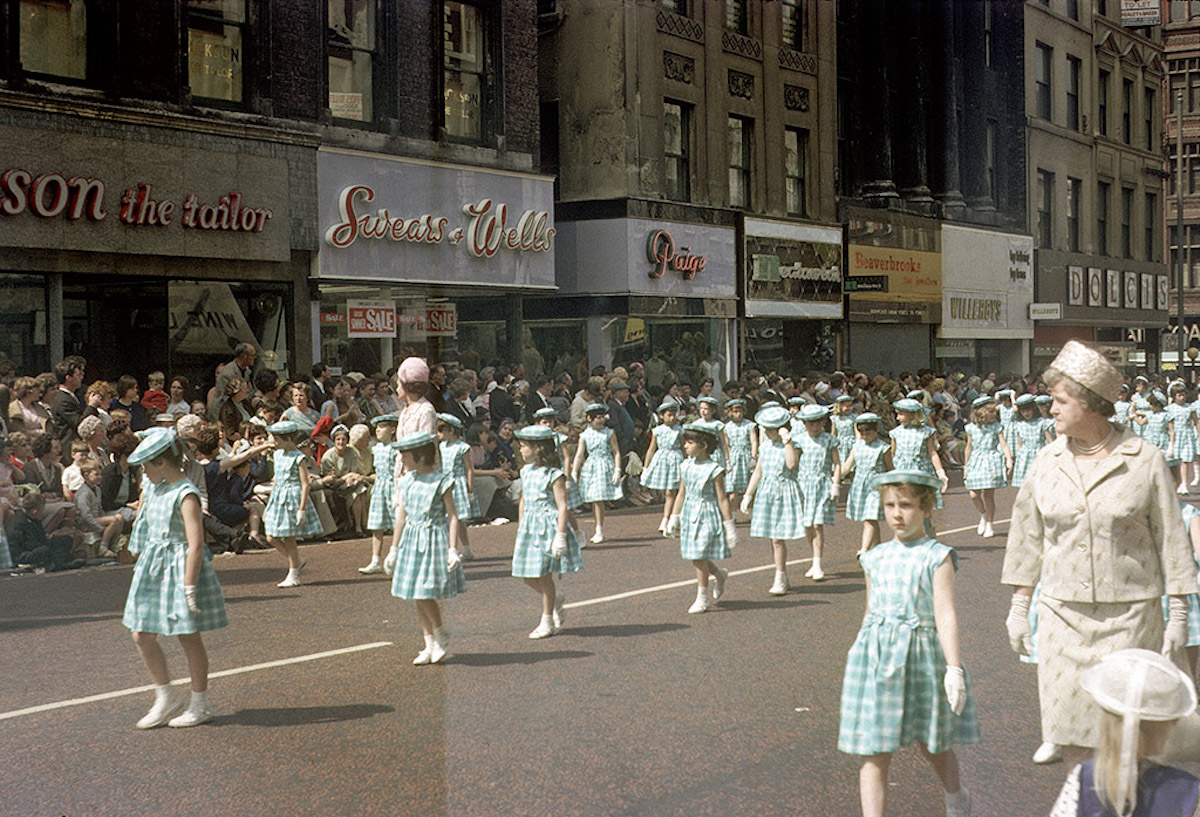 Whit Walk procession along Market Street, Manchester in 1966.Taken looking west along the section of Market Street between the junction with Spring Gardens and Brown Street. 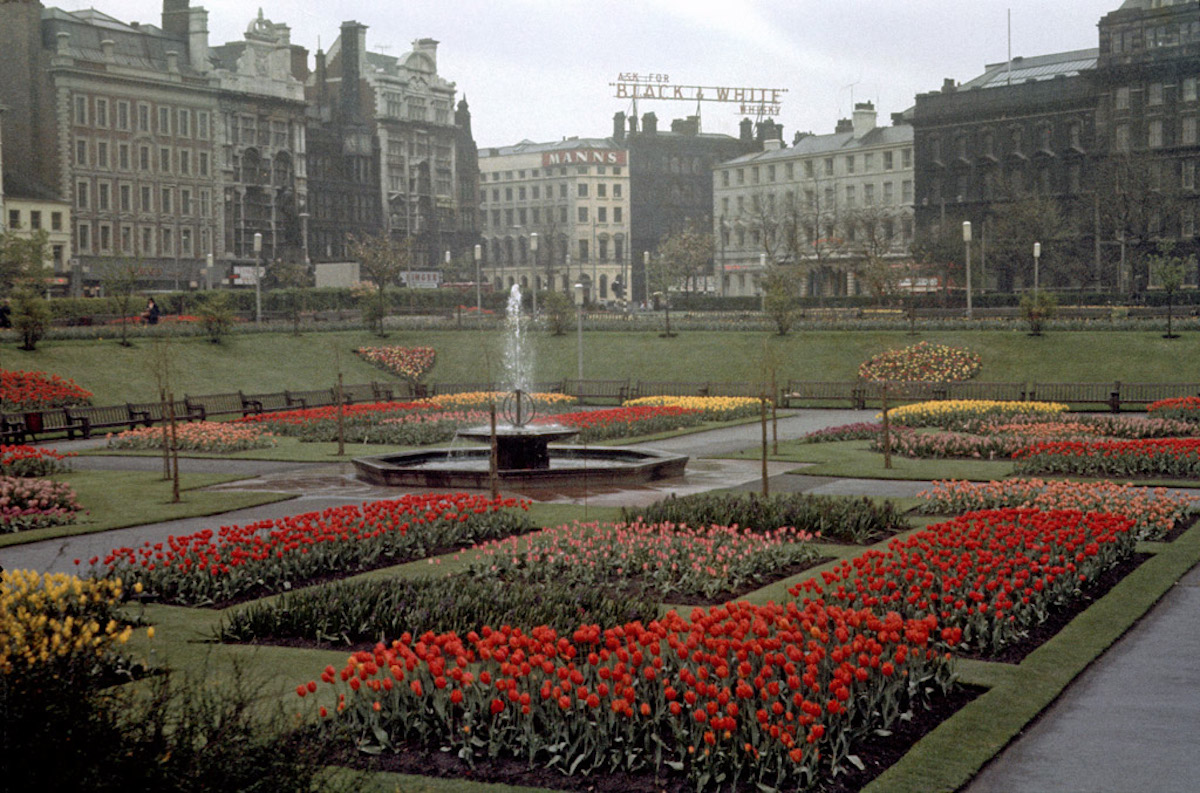 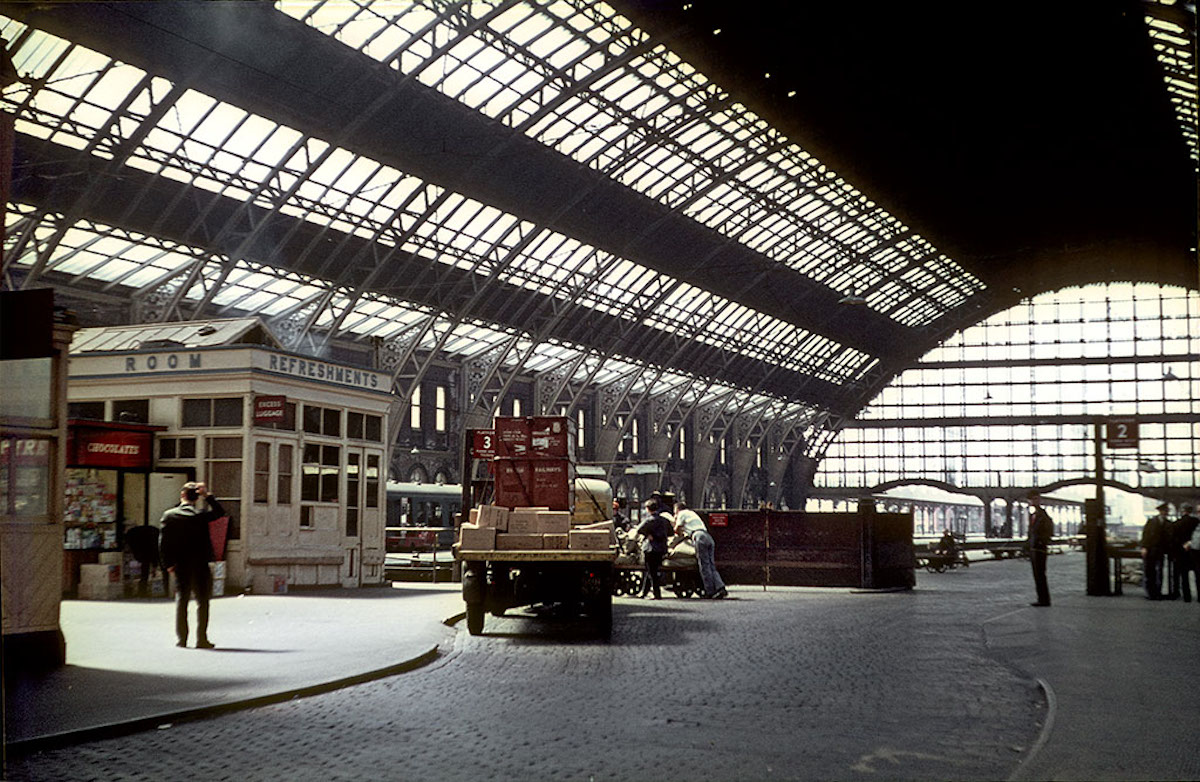 View of the train shed from the goods entrance at Manchester Central Station in the mid-1960s. 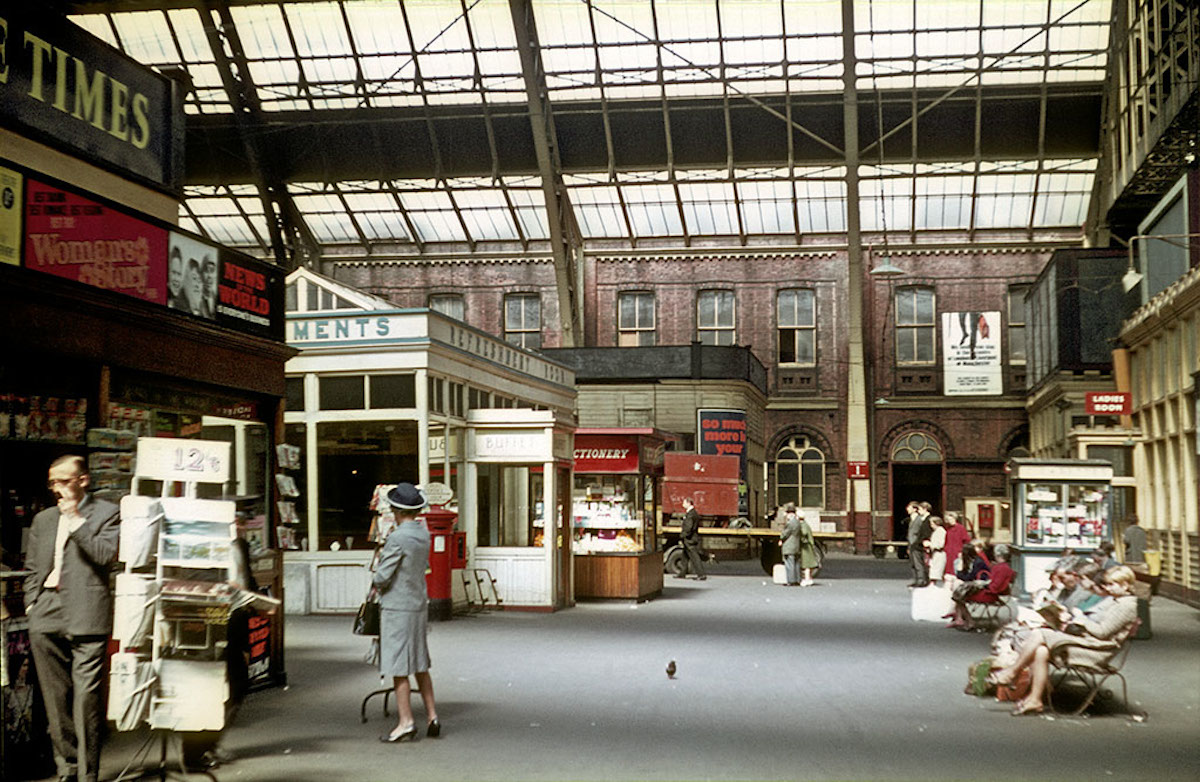 The concourse at Manchester Central Station in the mid-1960s 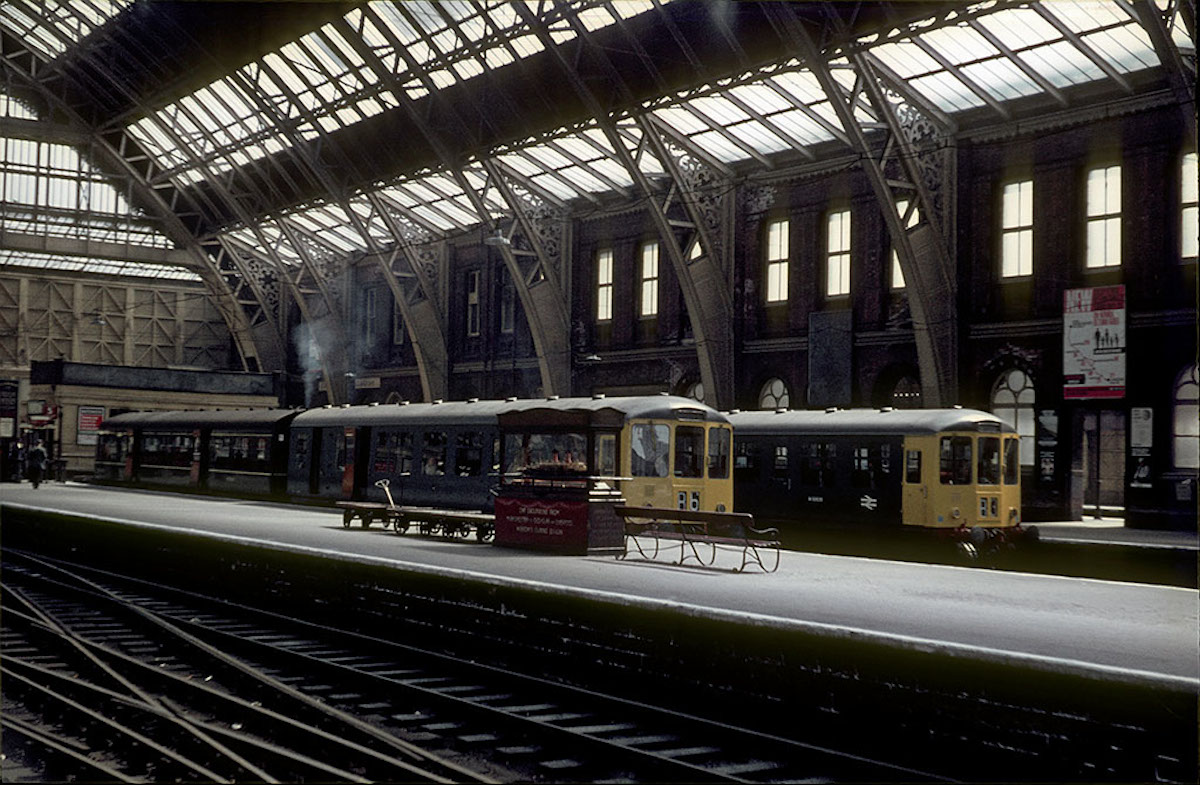 Diesel trains on platforms 5 and 6 at Manchester Central Station in the mid-1960s. 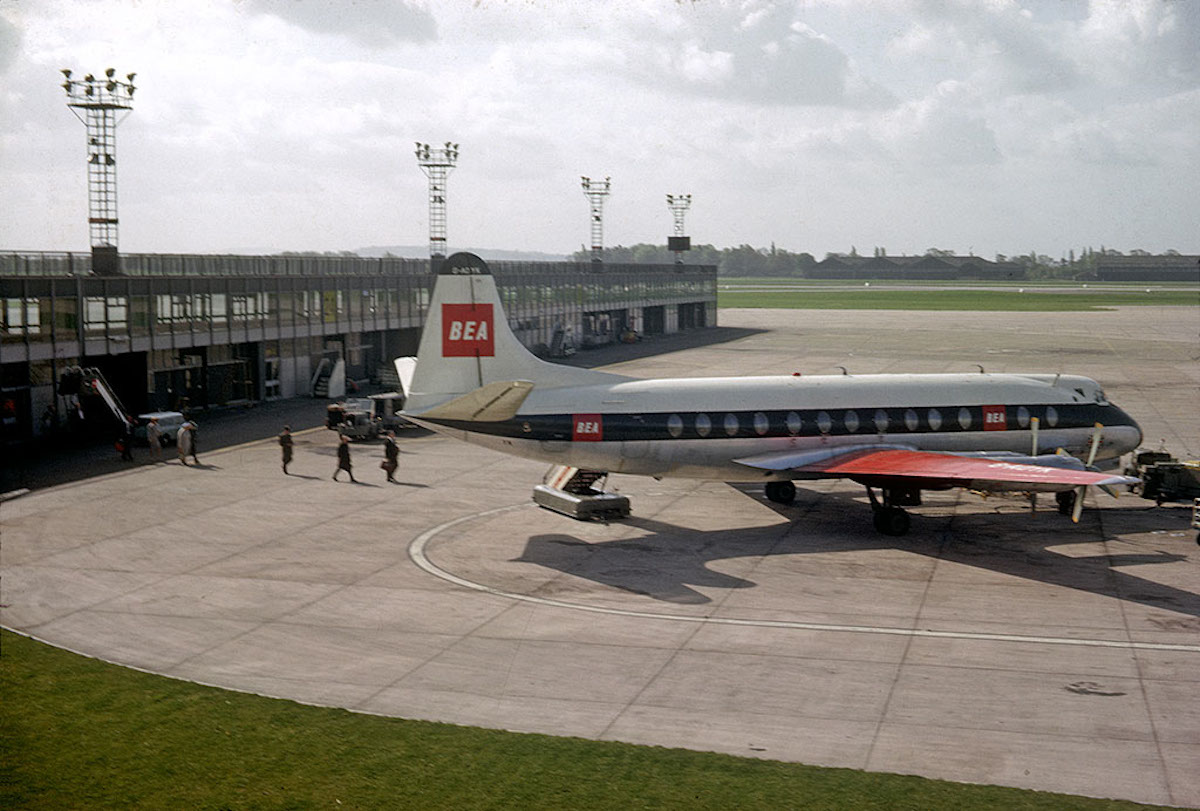 A British European Airways (BEA) plane on the apron at Ringway (Manchester) Airport in 1964. 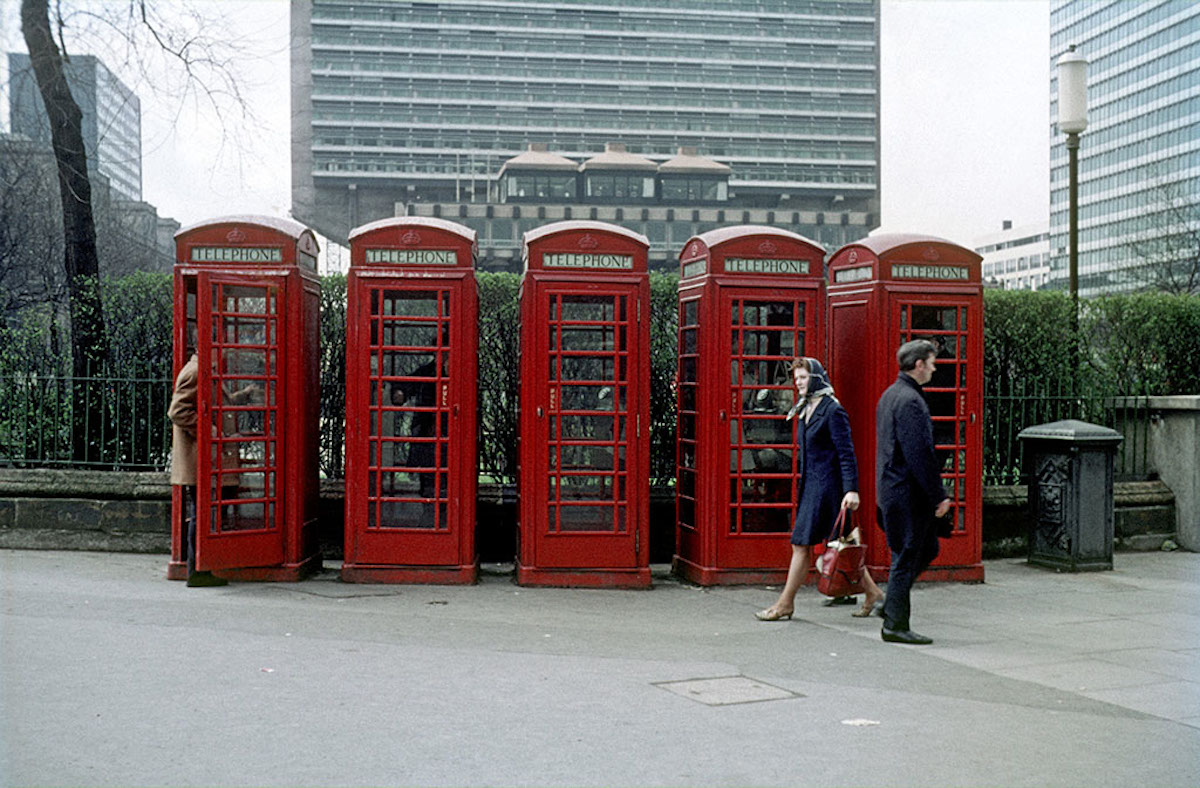 A group of five ‘K6’ public telephone boxes at the edge Piccadilly Gardens, Manchester, around 1969. 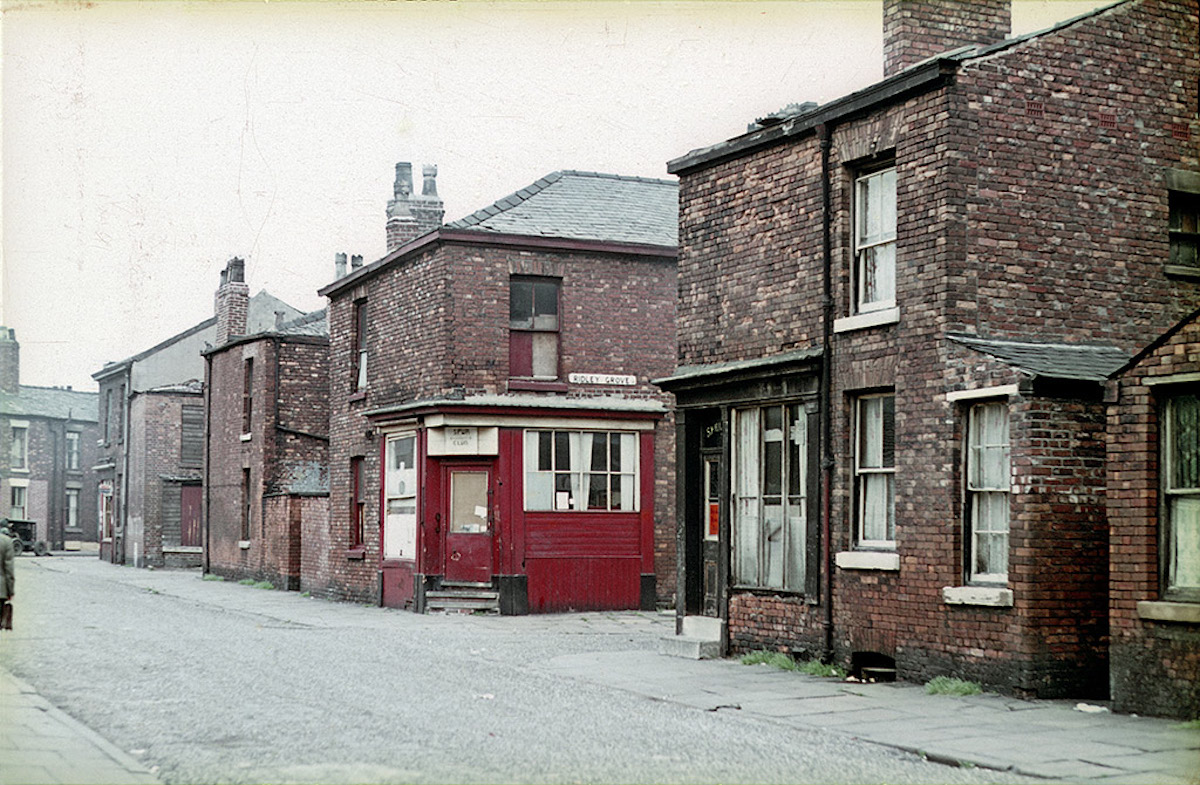 Crowborough Street near the junction with Ridley Grove, in the Hulme/Greenheys district of Manchester, photographed around 1967. 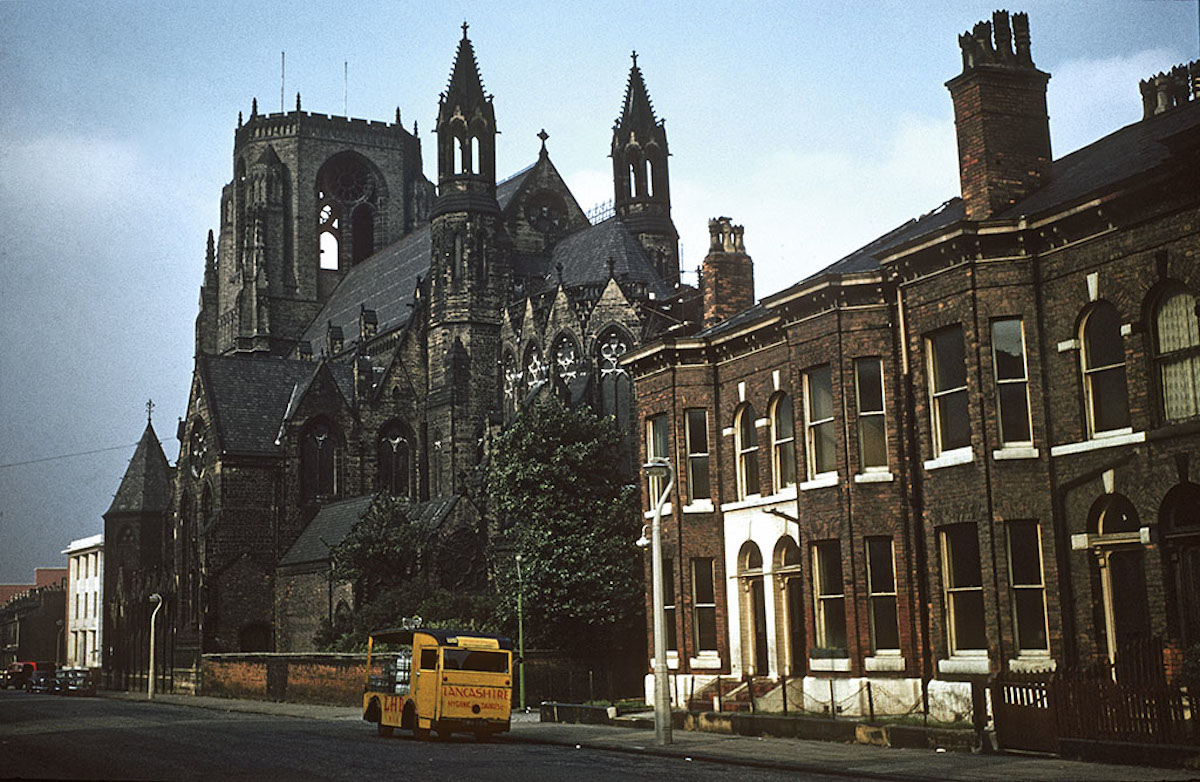 View along Ackers Street towards Oxford Road, showing the Church of the Holy Name from the south east. Photographed in the early 1960s. 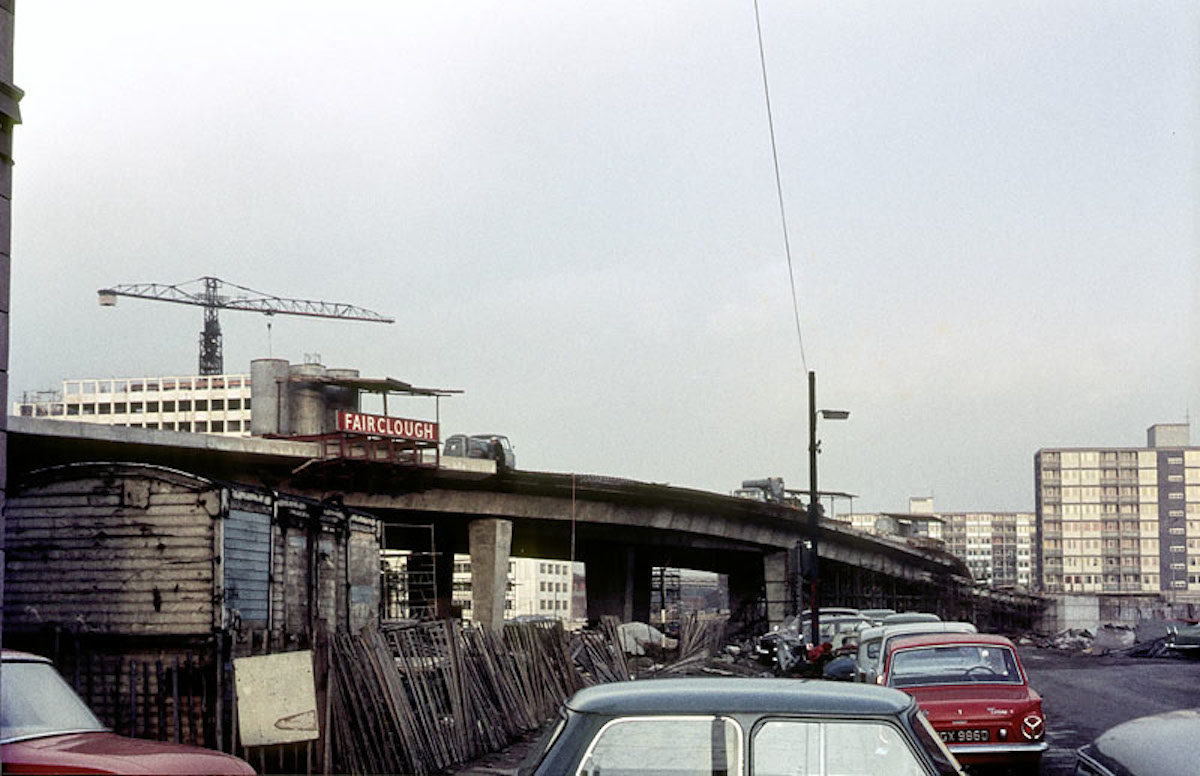 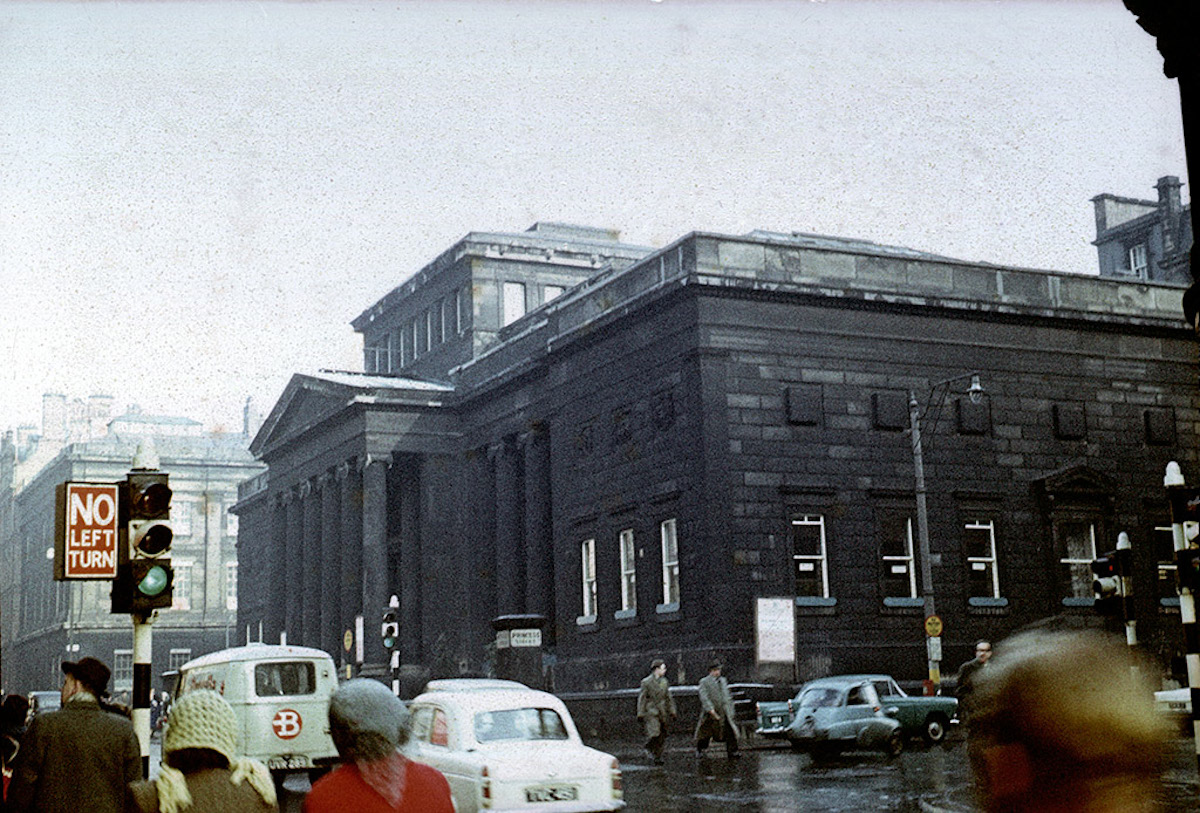 The Manchester City Art Gallery at the junction of Mosley Street and Princess Street, photographed in the early 1960s. Designed by Charles Barry as the Royal Manchester Institution and built 1829-36 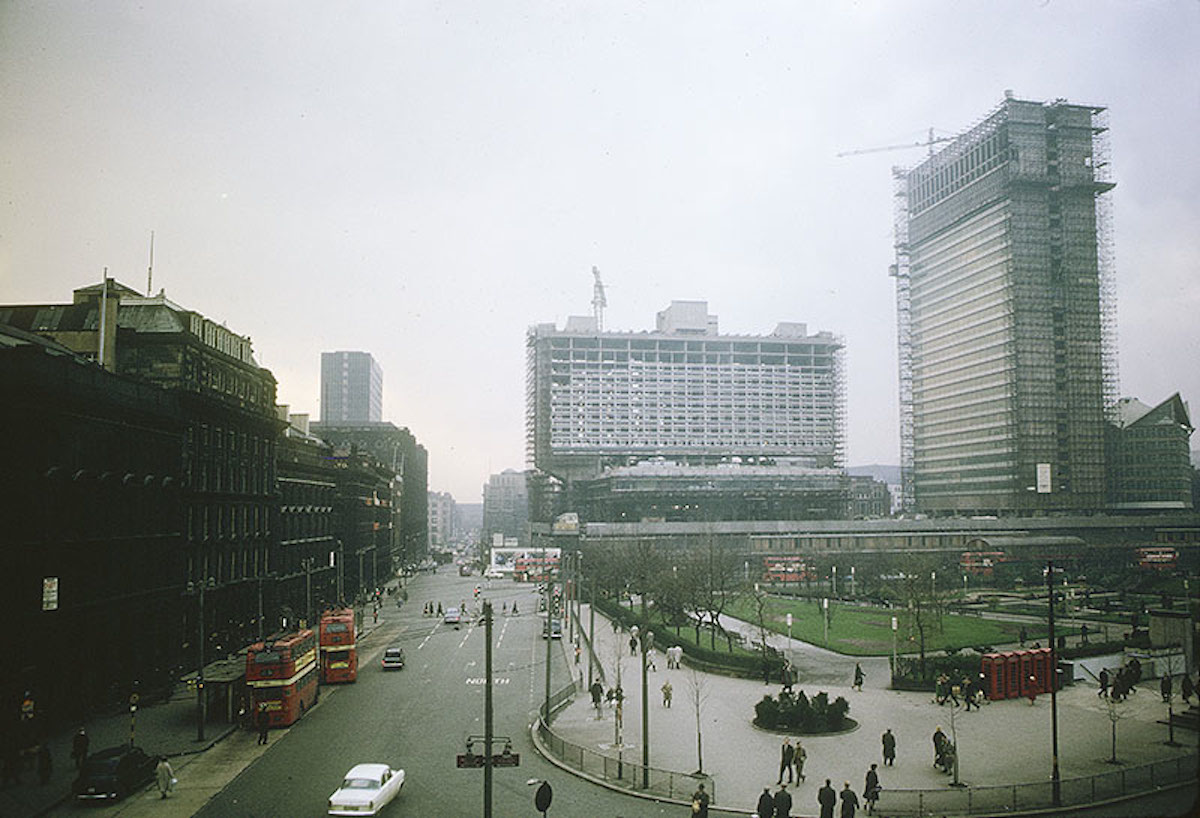 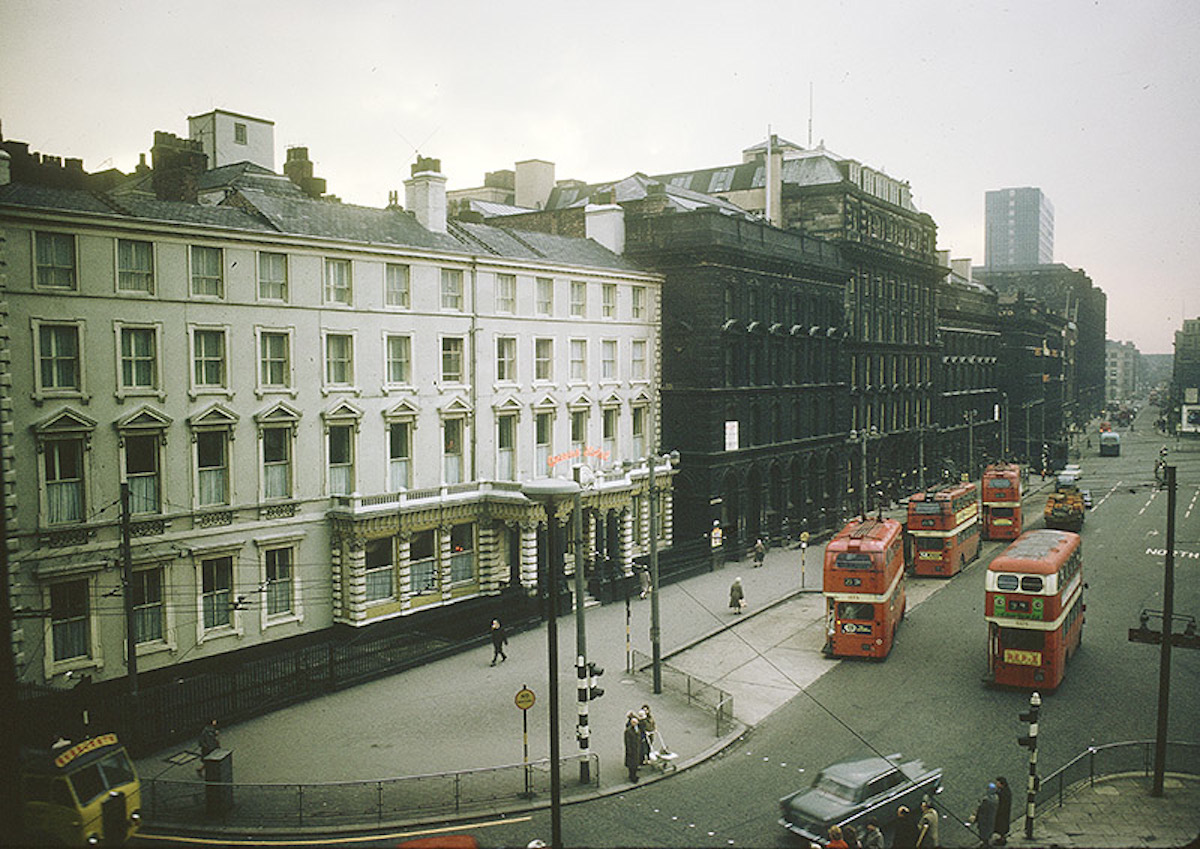 View across Piccadilly Gardens towards the Piccadilly Plaza development whilst under construction in early 1964. 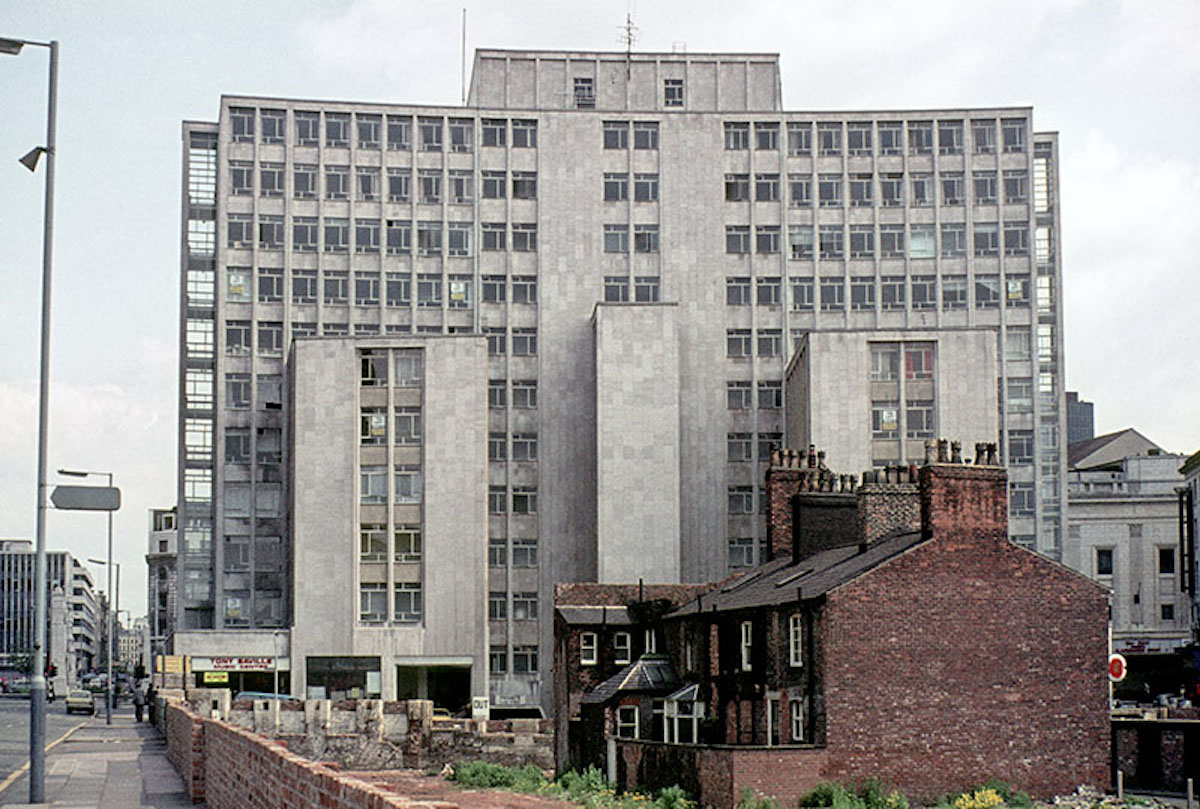 The rear of Peter House from Lower Mosley Street in 1967. Designed by Amsell & Bailey for the Clerical Medical & General Life Assurance Company, 1958. 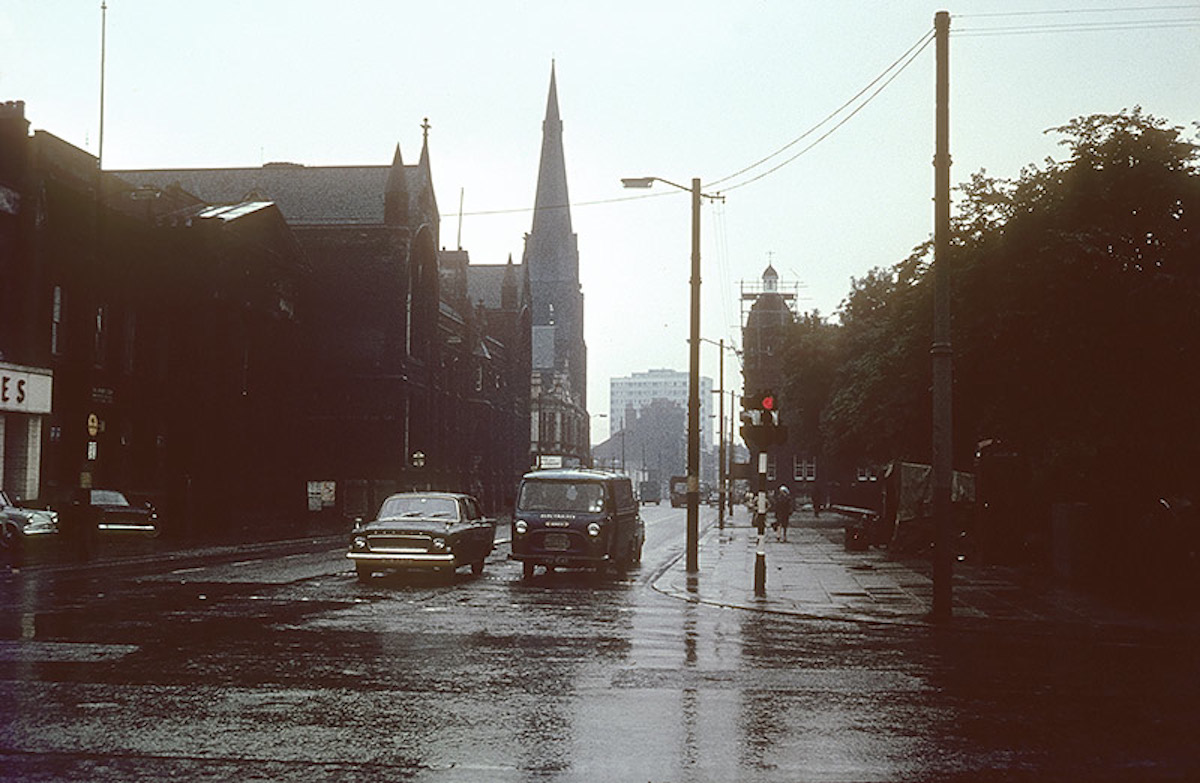 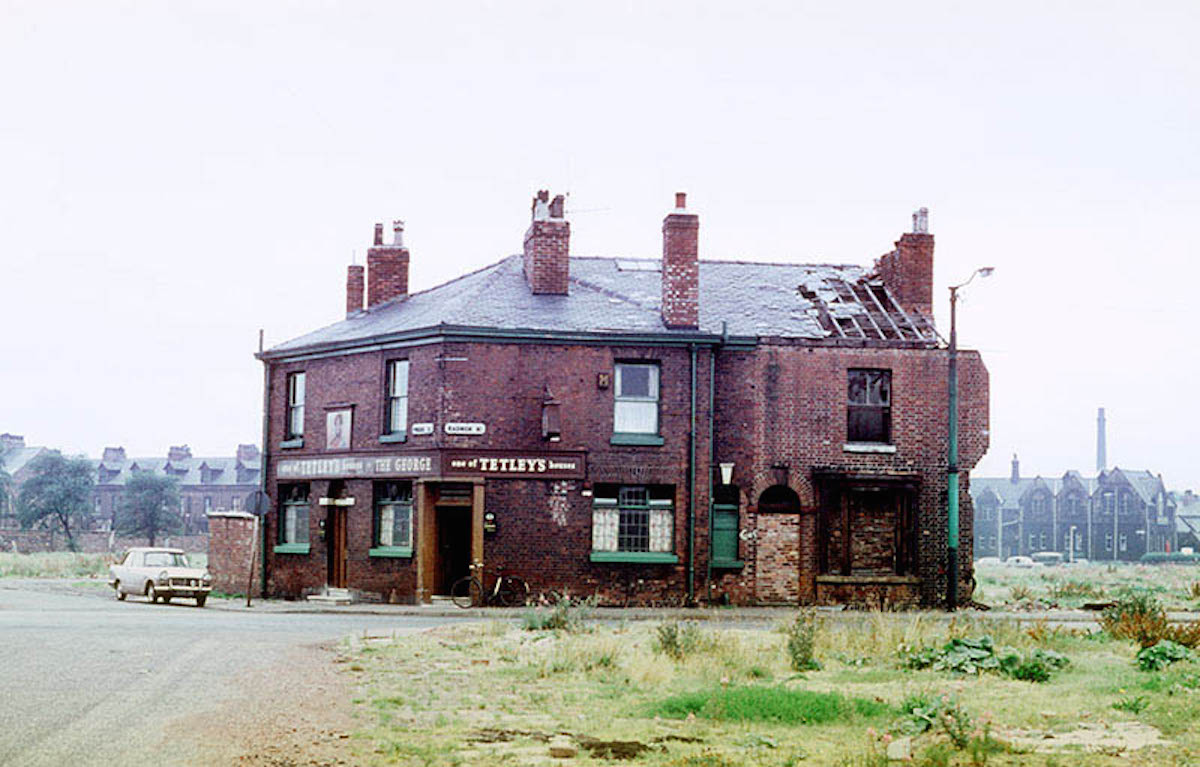 The George Inn on the junction of Radnor Street and Pinder Street, Hulme, left isolated by the demolition of surrounding houses and shops. 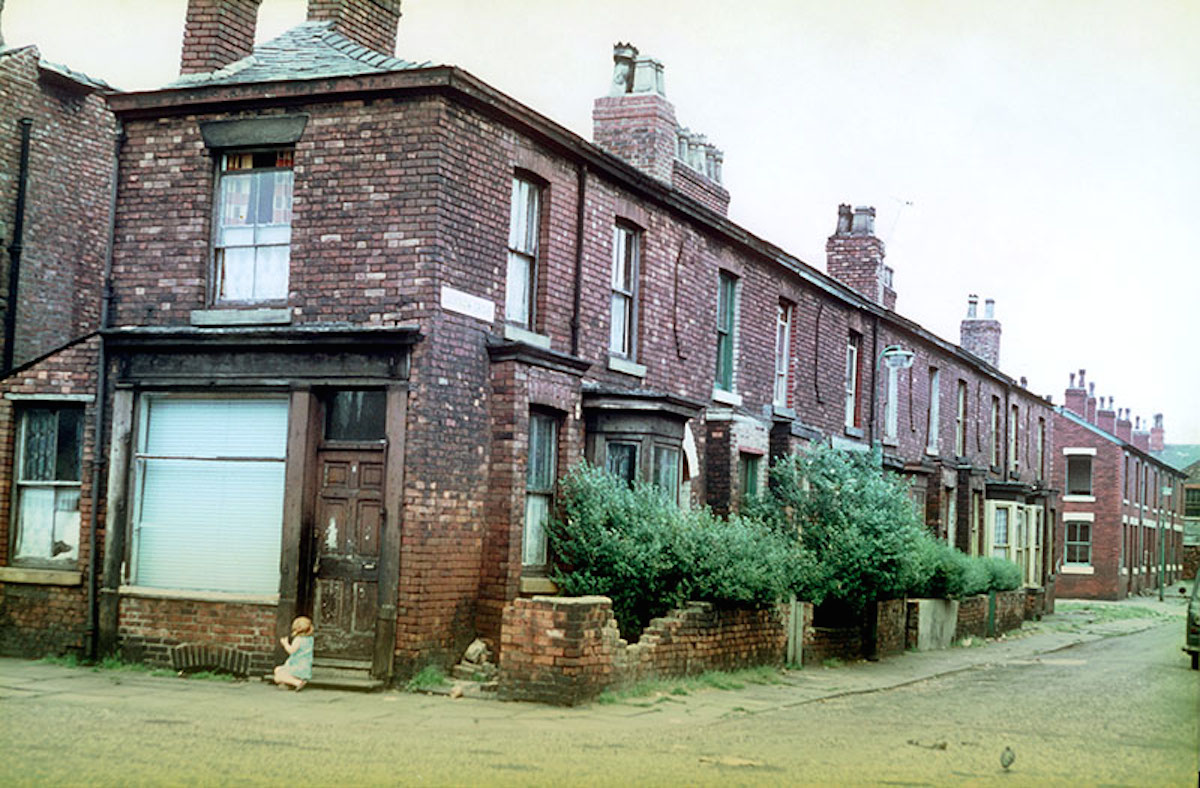 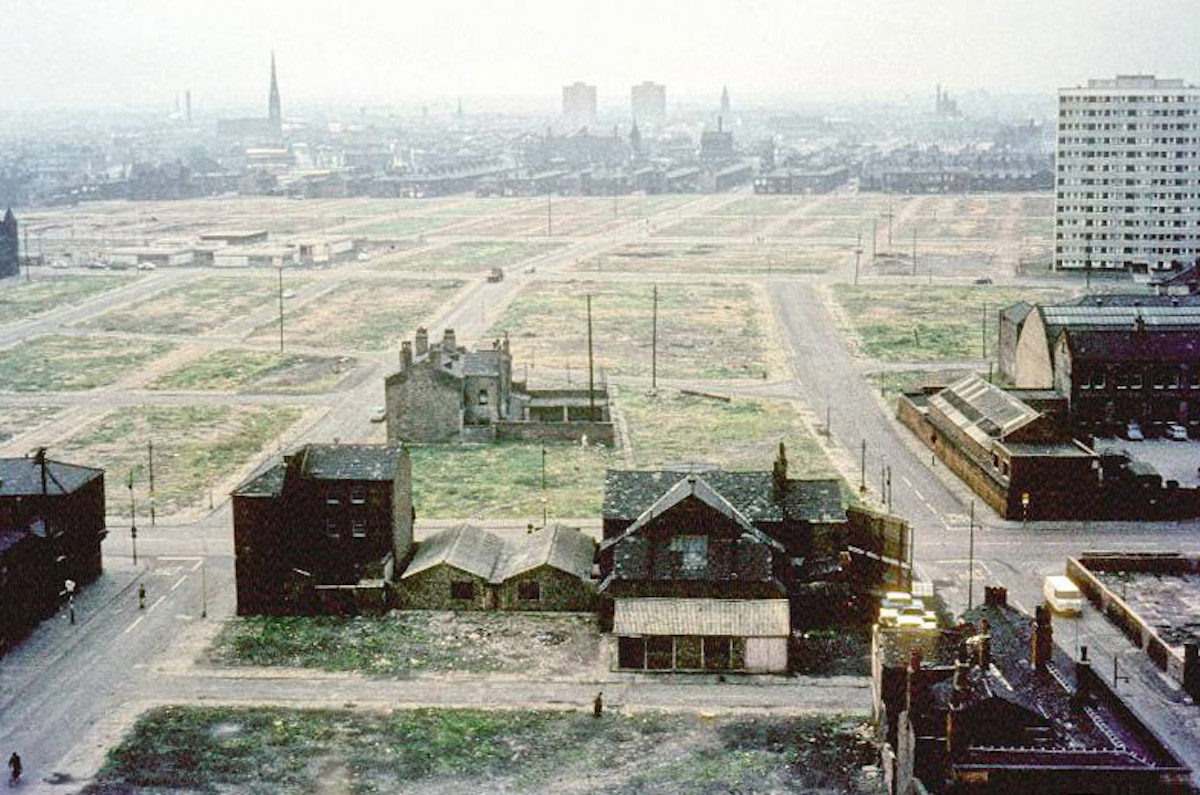 View across Hulme showing areas cleared for redevelopment. Taken from the extension to the Manchester College of Art and Design (the current Chatham Building) around 1966. 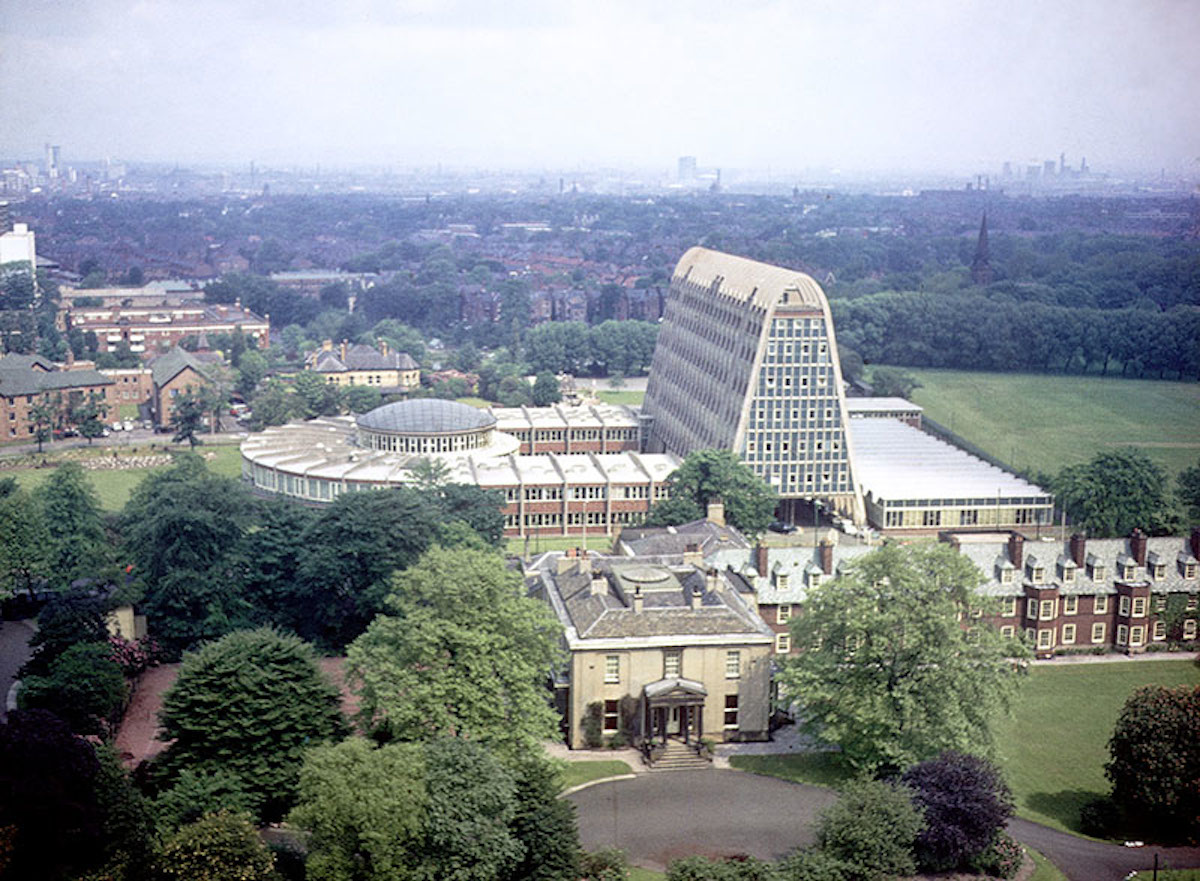 View of Hollings Building from the tower of Owen’s Park student residences in 1967.
Originally built for Hollings College (formerly the Domestic and Trades College) in 1957-60, and designed by the city architect, L. C. Howitt. Ashburne Hall is in the foreground.

View looking north over the site of the University of Manchester Institute of Science and Technology (UMIST) in the mid 1960s. Taken in the vicinity of Grosvenor Street, Chorlton on Medlock, before the construction of the Mancunian Way and the Brunswick housing estate. 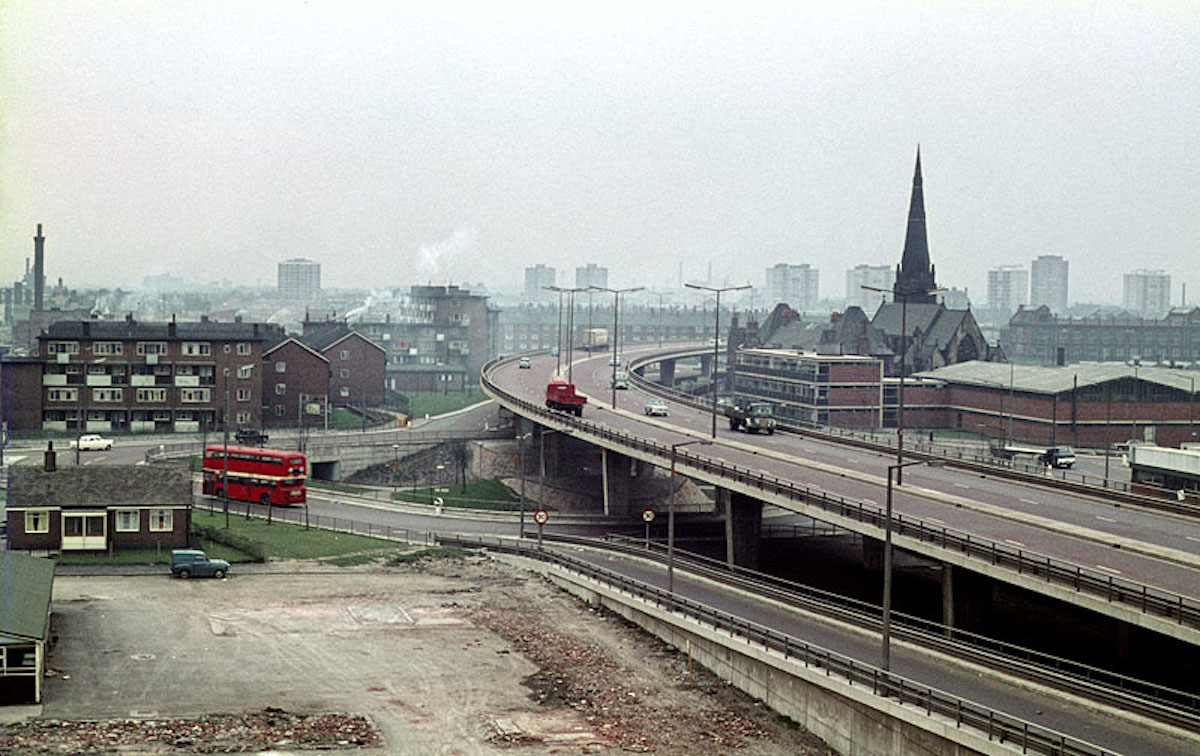 The elevated section of the Mancunian Way and adjoining slip road at All Saints, c. 1968. Taken from the Cavendish School on Loxford Street looking west towards north Hulme. The space in the foreground was subsequently occupied by the Loxford Tower (completed in 1974), and is now the site of the new MMU Business School. 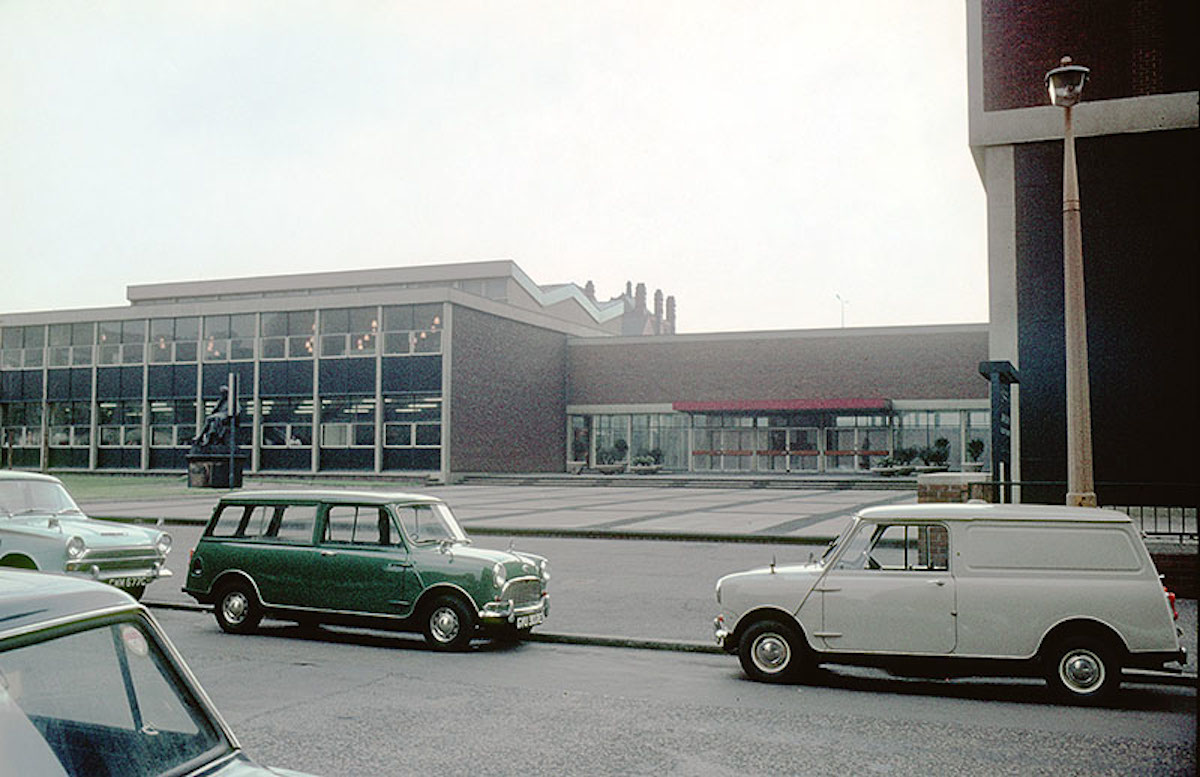 Entrance to the John Dalton College of Technology on Chester Street, late 1960s. 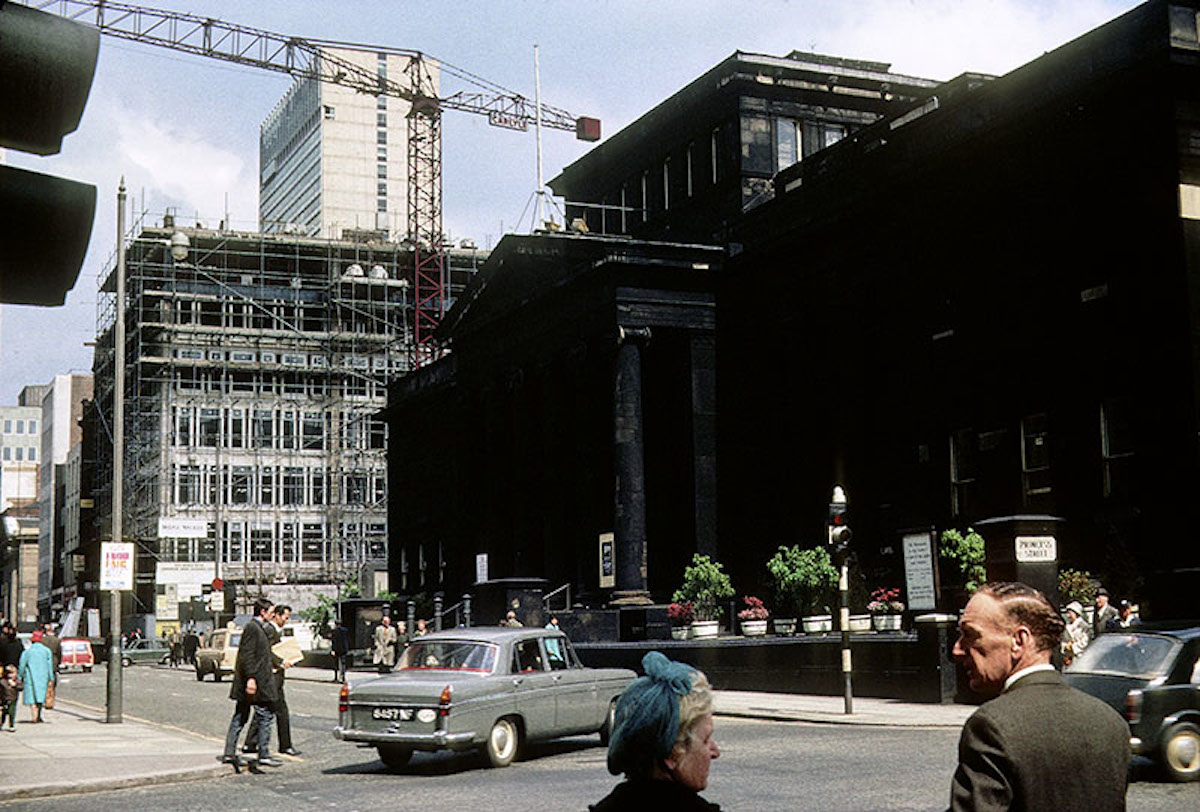 View along Mosley Street towards Piccadilly from the junction with Princess Street in 1966. The City Art Gallery is on the right, with the Commercial Union Assurance building under construction beyond it 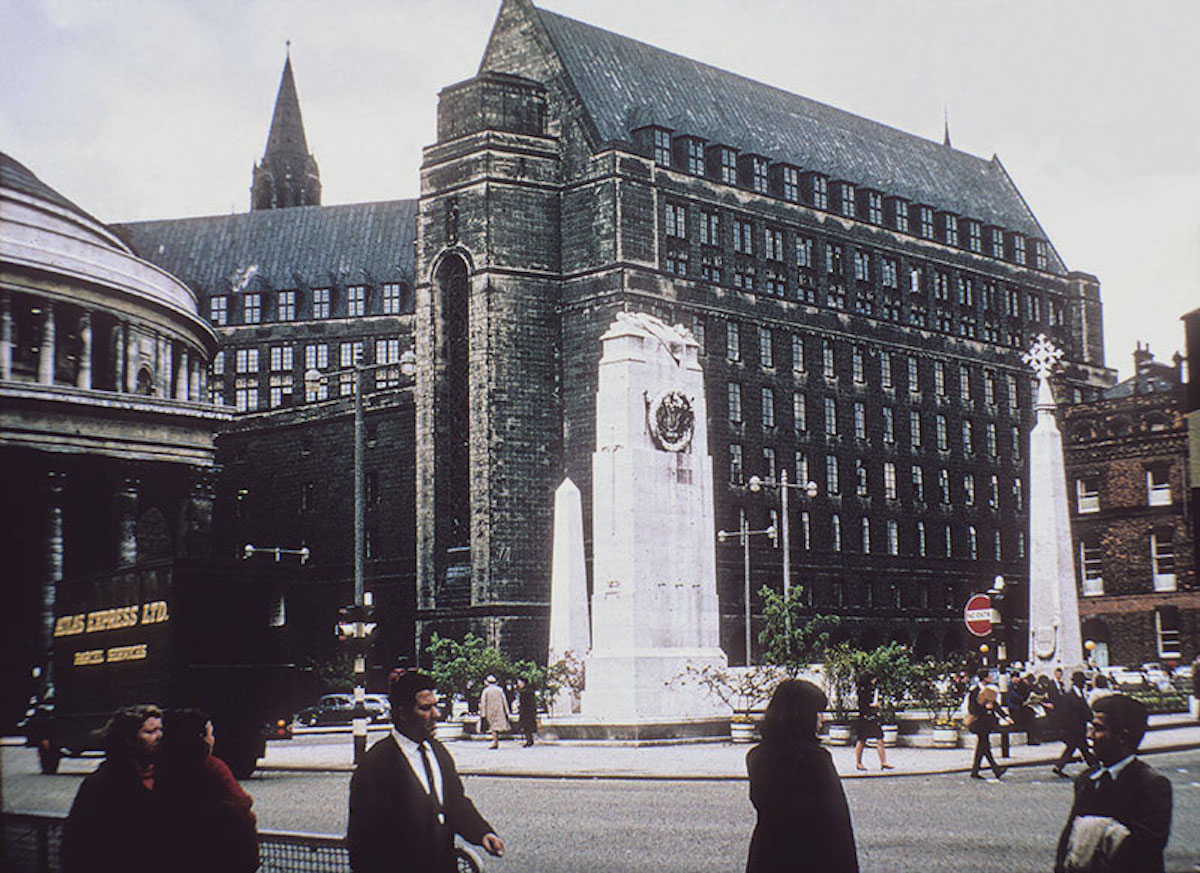 View across St Peters’ Square to the Cenotaph, Library and Town Hall Extension. Taken before the cleaning of the Town Hall in 1965-66. 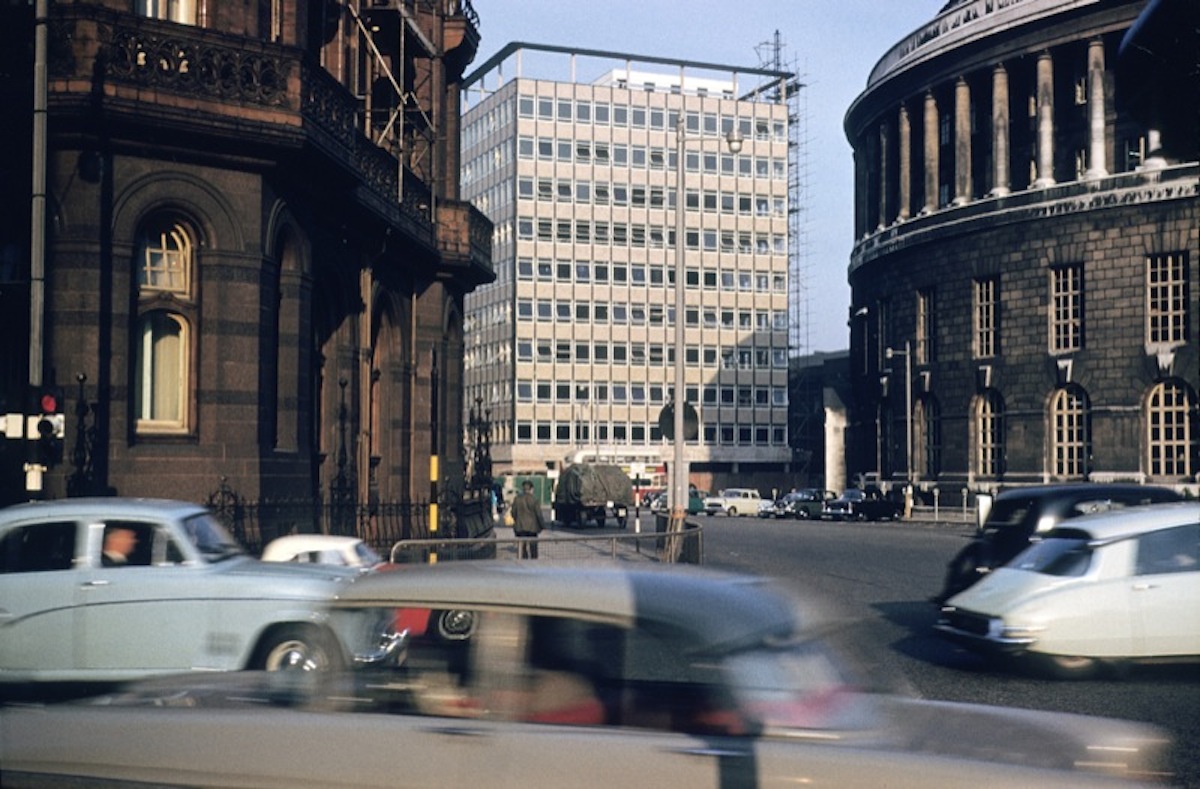