Subway commuters point to a poster sporting a caricature of a nearly nude Walter Mondale that promotes the current issue of Penthouse Magazine at a Times Square Station in New York. CBGB, the birthplace of punk rock, is gone. No longer can visitors to Coney Island plunk down a few coins to play the unsettling attraction called “Shoot the Freak.” And seedy, edgy, anything-might-happen Times Square? These days, it’s all but childproof. Around countless corners, the weird, unexpected, edgy, grimy New York _ the town that so many looked to for so long as a relief from cookie-cutter America _ has evolved into something else entirely: tamed, prepackaged, even predictable. (AP Photo/Jim Lukoski, File) 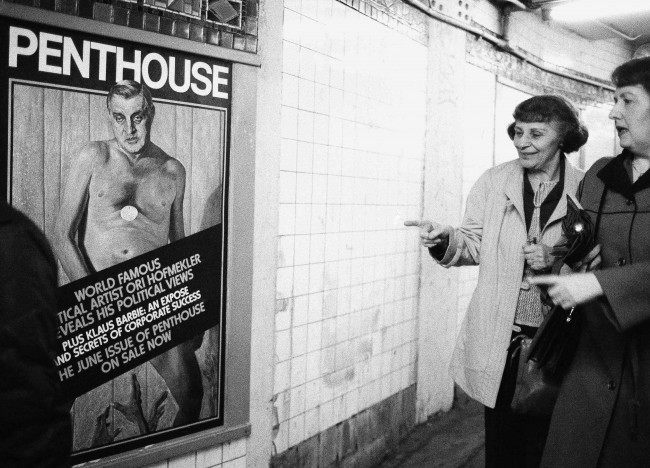