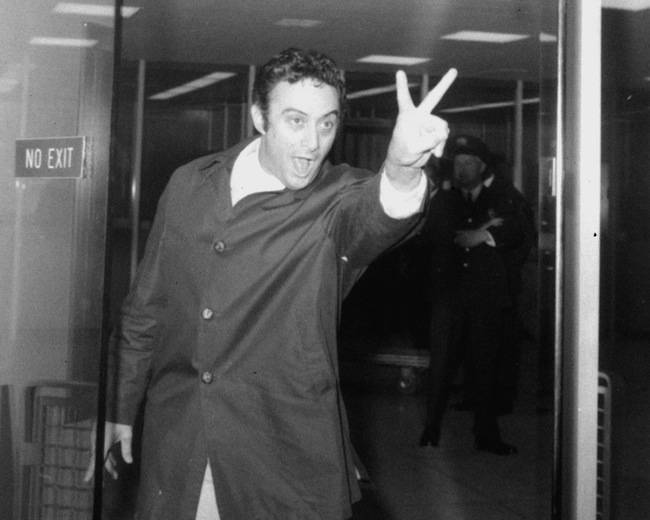 In April 1963 comedian Lenny Bruce (nee Leonard Alfred Schneider) was refused entry to Britain. Why? It was “in the public interest”. He had said things deemed to be “obscene” in the US. The UK was not taking any chances. Bruce might say obscene words there, too. 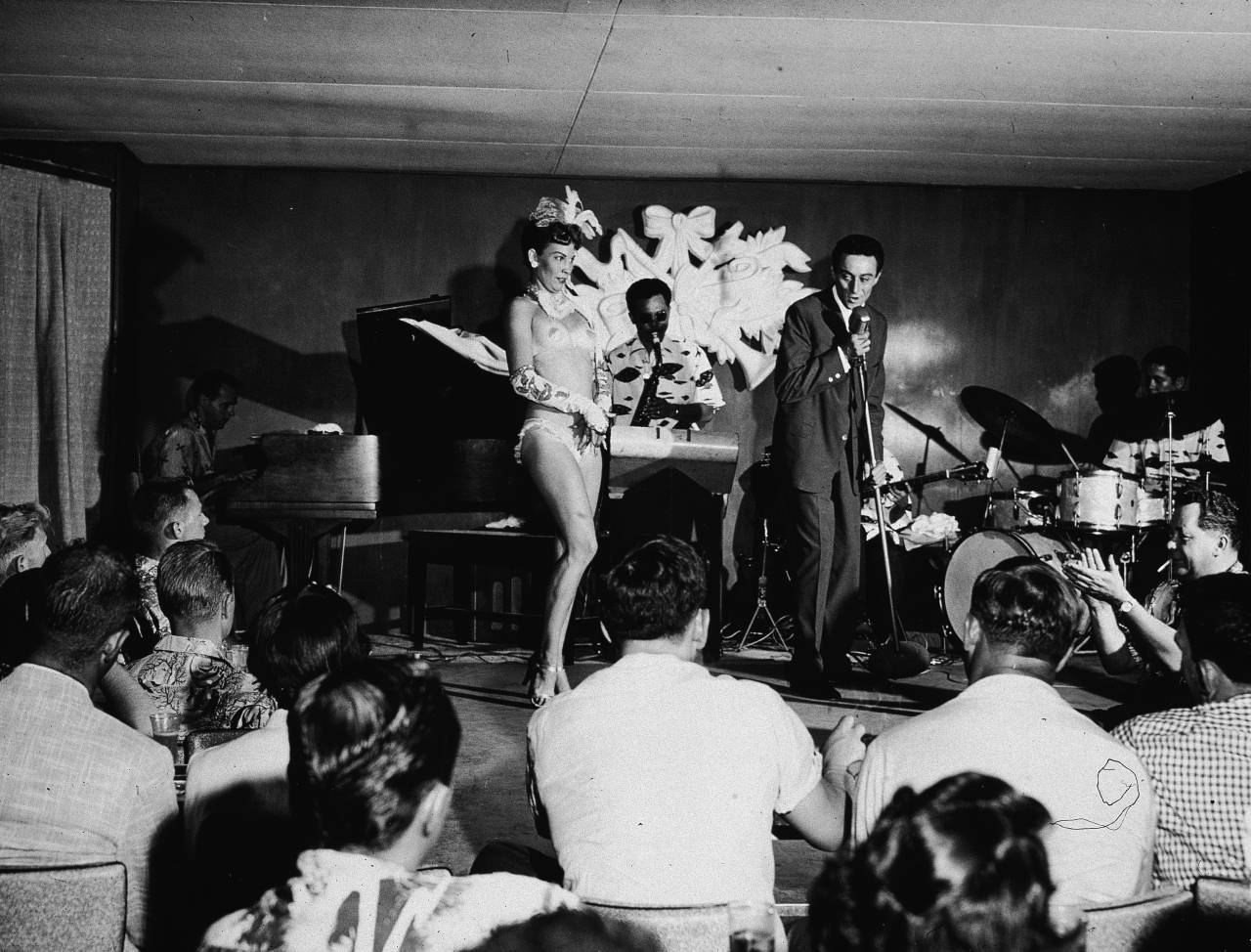 So he was put on a plane and sent back to New York. 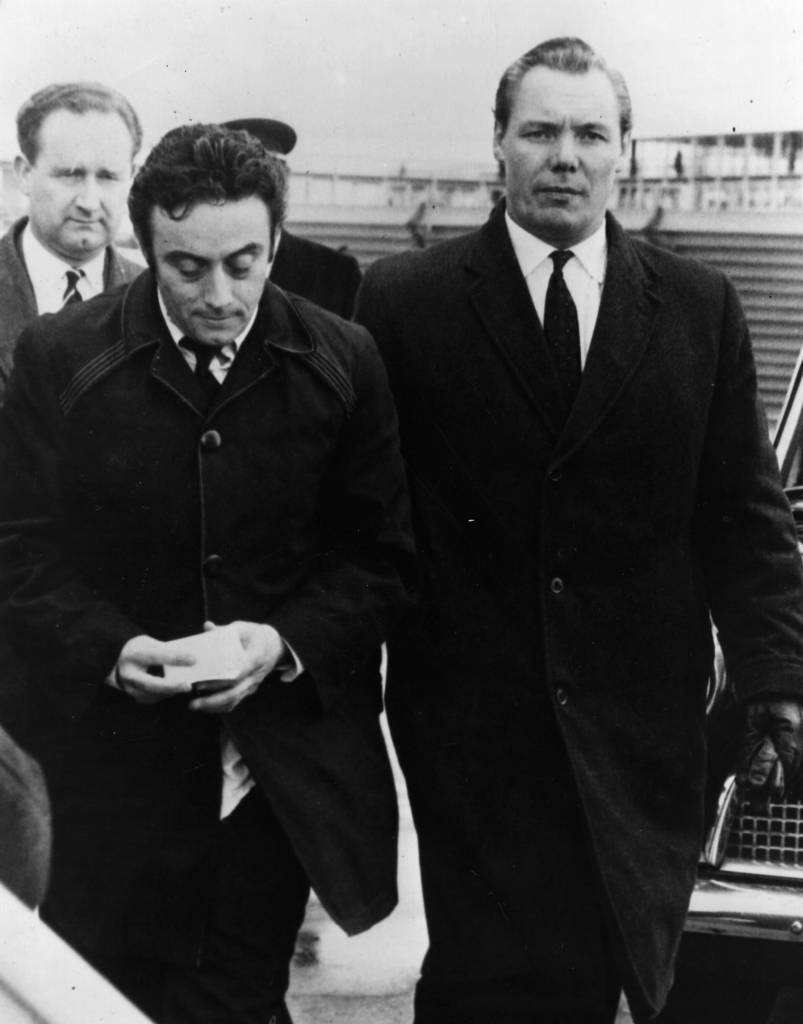 In 1964, Bruce was convicted after a six-month trial of using obscene words in his stage show. 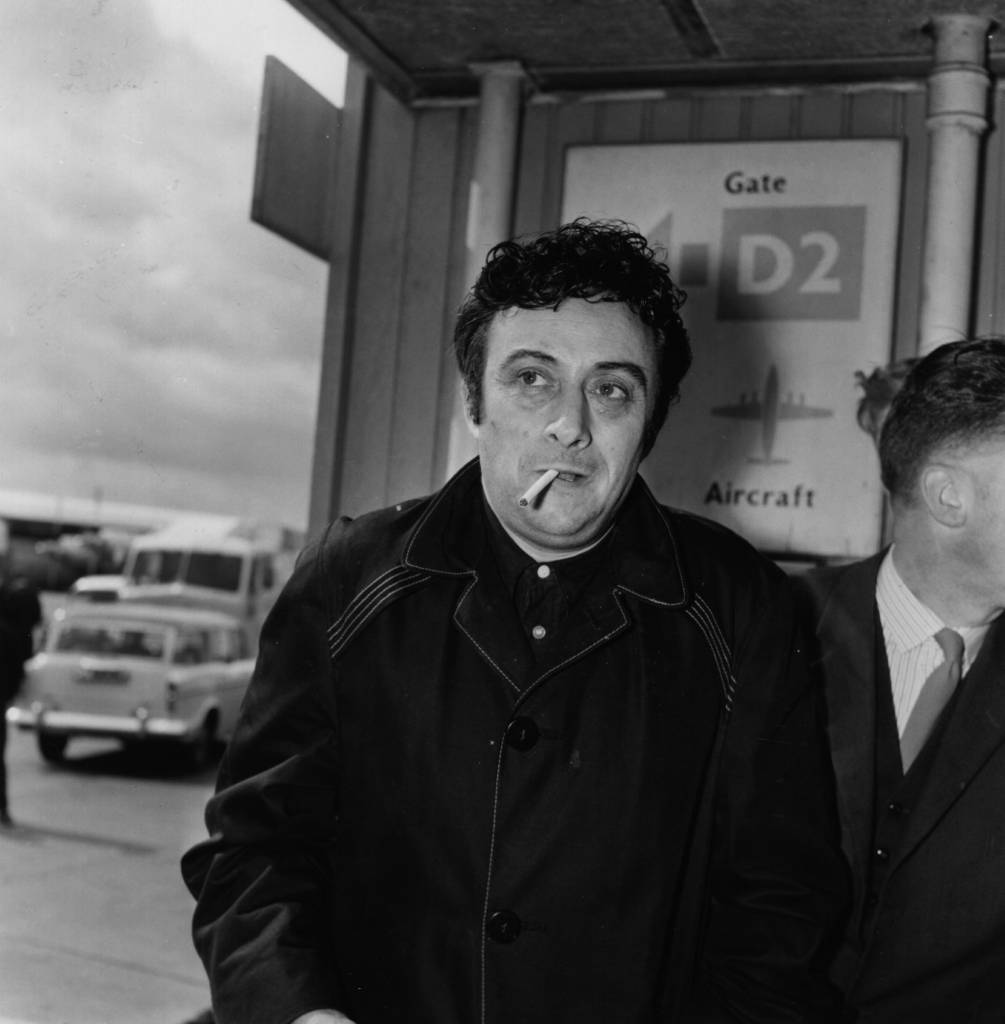 “Freedom of speech is one of the greatest American liberties and I hope this pardon serves as a reminder of the precious freedoms we are fighting to preserve.” 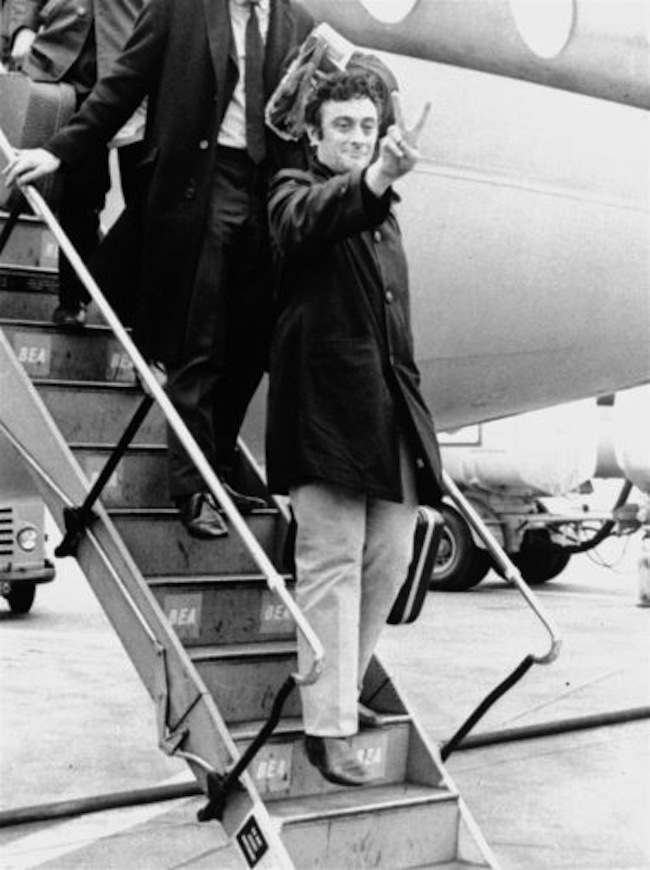 Photo: Comedian, Lenny Bruce gives the victory sign as he steps from the plane at London Airport, April 13, 1963 on his arrival from Belfast, Ireland

The performance here consisted of a 55-minute monologue upon numerous socially controversial subjects interspersed with such unrelated topics as the meeting of a psychotic rapist and a nymphomaniac who have both escaped from their respective institutions, defendant’s intimacies with three married women, and a supposed conversation with a gas station attendant in a rest room which concludes with the suggestion that the defendant and attendant both put on contraceptives and take a picture. The testimony was that defendant also made motions indicating masturbation and accompanied these with vulgar comments, and that persons leaving the audience were subjected to revolting questions and suggestions.

Cripes! Give the lad show on Channel 4. 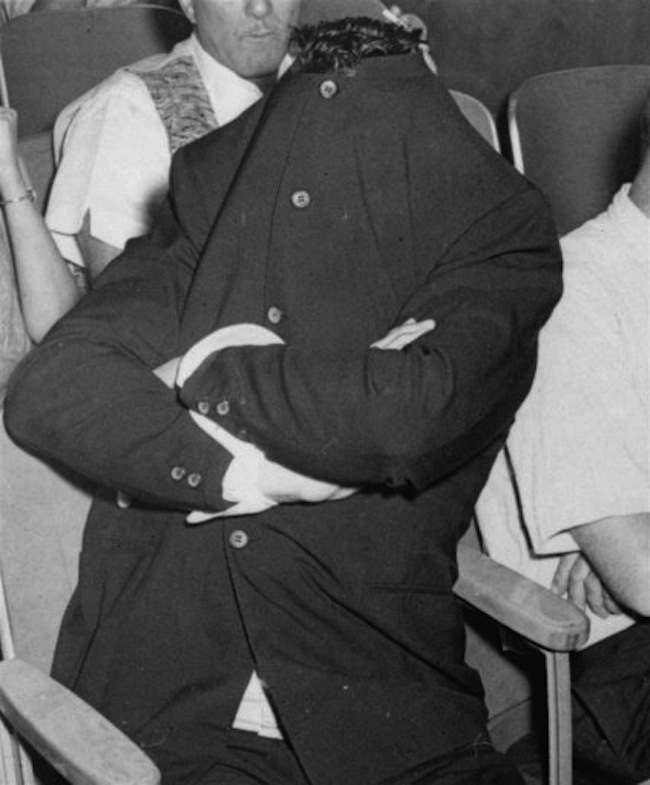 Photo: Comedian Lenny Bruce, 37, awaiting arraignment in a Van Nuys, California courtroom on October 11, 1962, startled news photographers and others in the courtroom with this peek-a-boo performance. His antics caused so much confusion that a deputy took him into a back room temporarily. Bruce is accused of possession of heroin. He struck a photographer as he left the courtroom.

All three performances of the defendant, Lenny Bruce, were obscene, indecent, immoral and impure within the meaning of Section 1l40-a of the Penal Law. While no tape is available as to the first performance [past midnight, March 31-April 1], this monologue, according to the testimony, was essentially the same as that of the second [April 1, after 10:00 p.m.] and third [April 7, after 10:00 p.m.] performances. In the latter two performances, words such as “ass,” “balls,” “cock-sucker,” “c**t,” “f*ck,” “mother-f*cker,” “piss,” “screw,” “shit,” and “tits” were used about one hundred times in utter obscenity. The monologues also contained anecdotes and reflections that were similarly obscene.

Examples of which were not in the least bit amusing:

1. Eleanor Roosevelt and her display of “tits.” (1st performance; transcript of 3rd performance at p. 27)

4. An accident victim-who lost a foot in the accident-who made sexual advances to a nurse, while in the ambulance taking him to the hospital. (1st performance; transcript of 2nd performance at p. 25)

6. Seemingly sexual intimacy with a chicken. (transcript of 2nd performance at p. 25) 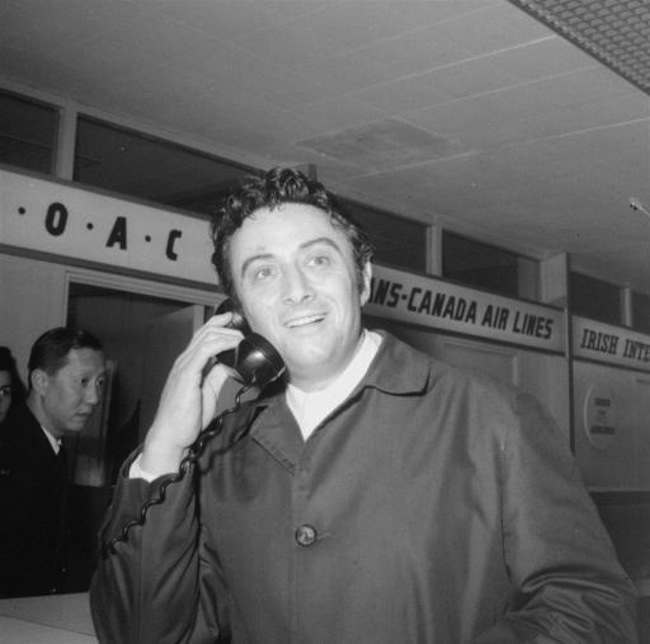 Photo: Comedian, Lenny Bruce, who was refused entry to Britain earlier in the day “in the public interest,” speaks on the phone at the U.S. customs office after returning to New York’s Idlewild Airport, April 8, 1963. Bruce, recently in trouble in the U.S. on charges involving narcotics and alleged obscenity in his night club act, was detained at the airport for about 75 minutes while U.S. authorities gave him a thorough search.

Now, I wonder how many of you in the audience have ever performed an unnatural act…like pissing in the sink?….One time in your life have you ever pissed in a sink? [Monologue continues with story about a man who urinates in his apartment sink, angering his roommate.]….”What are you doing?”…”I am washing my leg.”….”Bullshit, you were jerking off into the sink.”….”No, really, I am washing my leg.”..”Well, if you have to do it, go out on the ledge.”…The fellow goes out onto the window ledge…People think he wants to commit suicide…All he wants to do is urinate…A priest talks to him…Fire trucks appear…nets and ladders…Finally, the guy’s mother….”Mamma, all I want to do is take a piss.”….”Go ahead, son, piss.”….”I can’t, Mamma, there are too many people looking….I can’t piss when all these people are looking.”…..”So run some water down there….Turn on the hoses….Can’t you see the boy wants to pee-pee?…..”

What is the public interest? 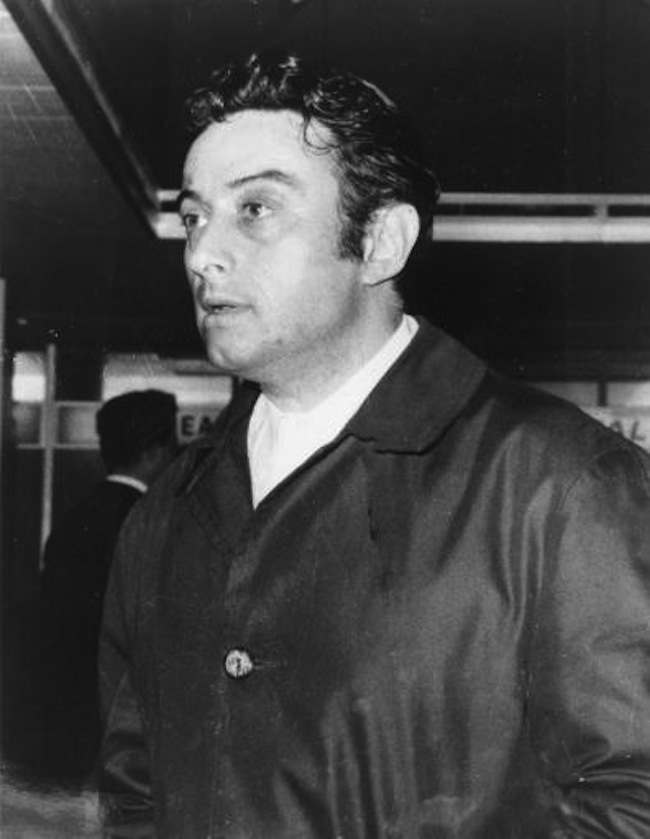