WE’VE trawled the archives to bring you these great photos of faces and places from February 1970. All captions are from the AP or Press Association, and the original words from the date of publication. What a year that was: 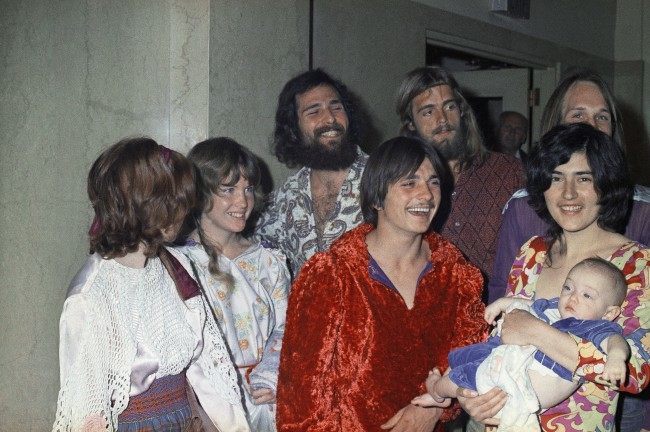 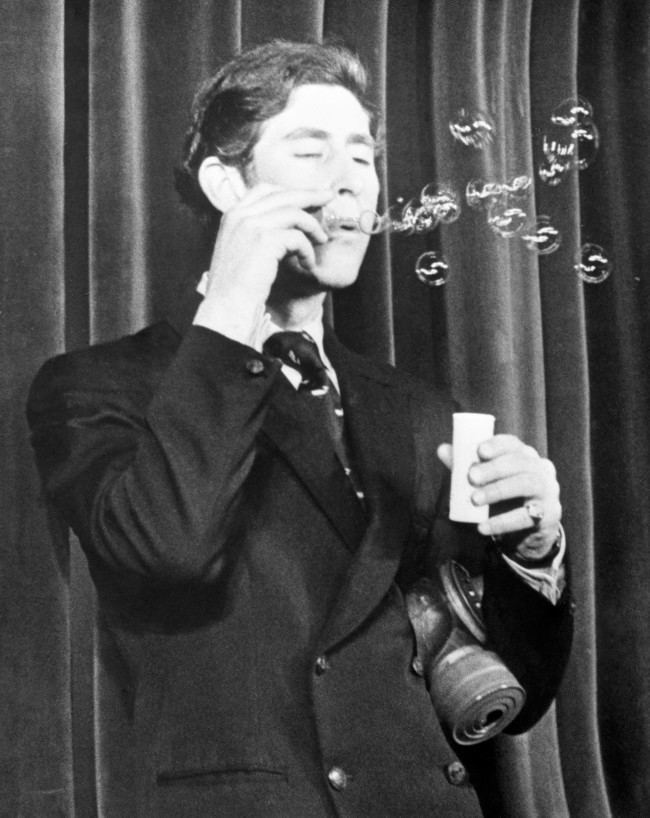 The Prince of Wales playing the role of a weatherman in a sketch. He is rehearsing for the Dryden Society’s Trinity College revue. Date: 23/02/1970 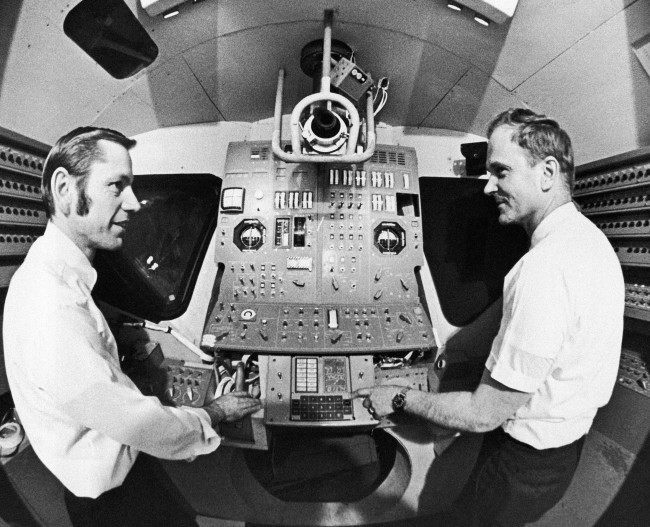 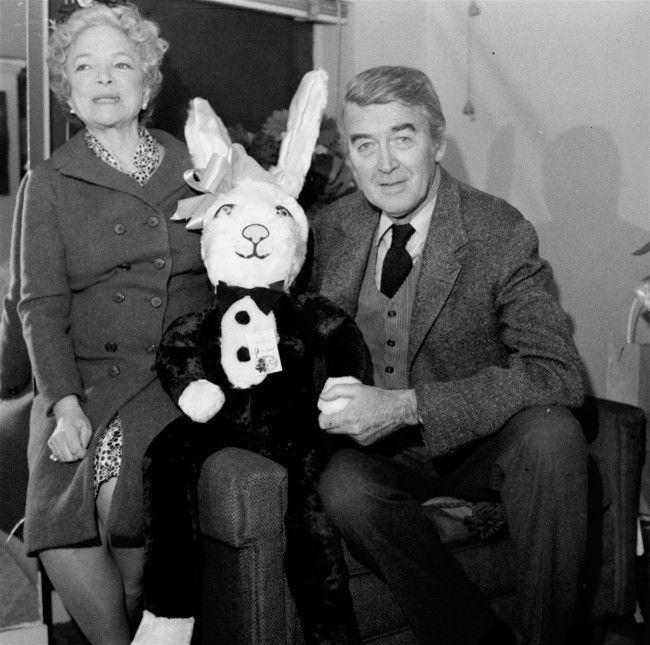 James Stewart poses with Helen Hayes at New York’s Anta Theatre February 24, 1970, following the opening of the Mary Chase comedy, “Harvey”, in which they both star. 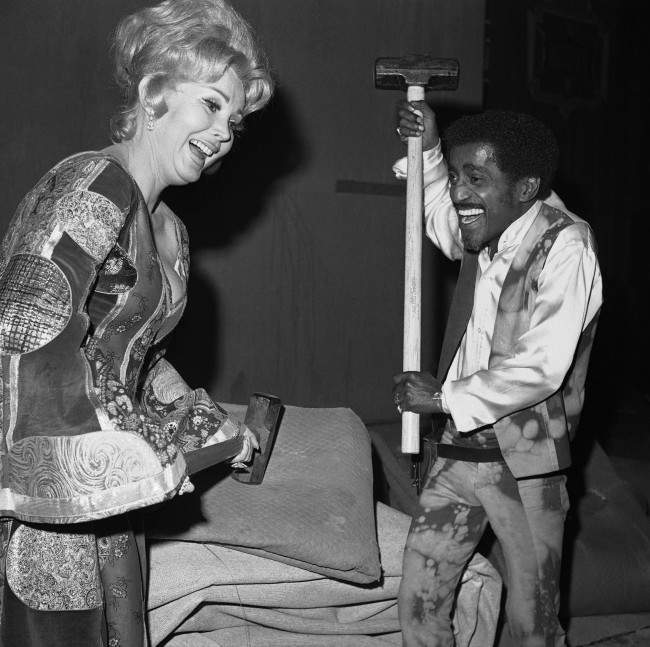 Zsa Zsa Gabor has a bit of trouble getting her sledgehammer into position, but Sammy Davis Jr. is ready to start demolition of the famous Coconut Grove nightclub in Los Angeles, on February 25, 1970. The club is being torn down to make room for a bigger, fancier one. 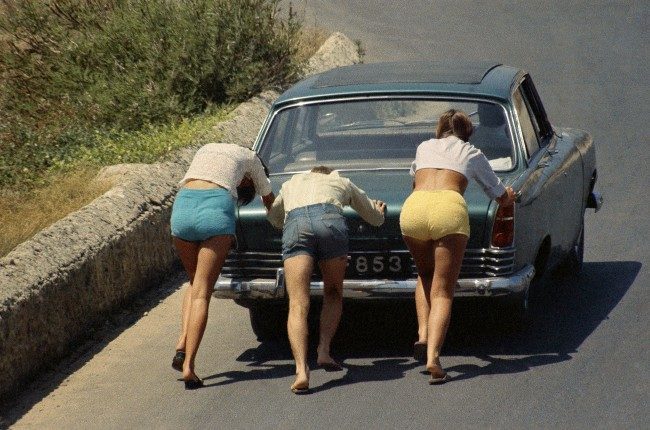 (The one in the middle is a woman?) Wales fans who invaded the pitch cheer as one of their number scales the Twickenham goalposts. Date: 28/02/1970 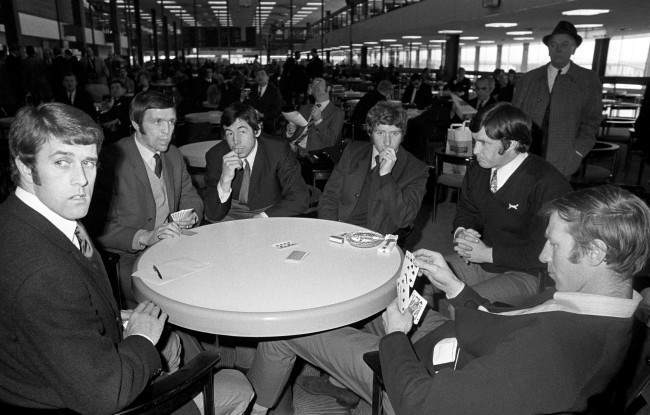 A game of cards takes the mind off football and relieves the tedium of waiting for the plane for members of the England party en route to Belgium from Heathrow Airport. From left to right; Geoff Hurst, Jeff Astle, Gordon Banks, Alan Ball, Tommy Wright and Jackie Charlton. Date: 23/02/1970 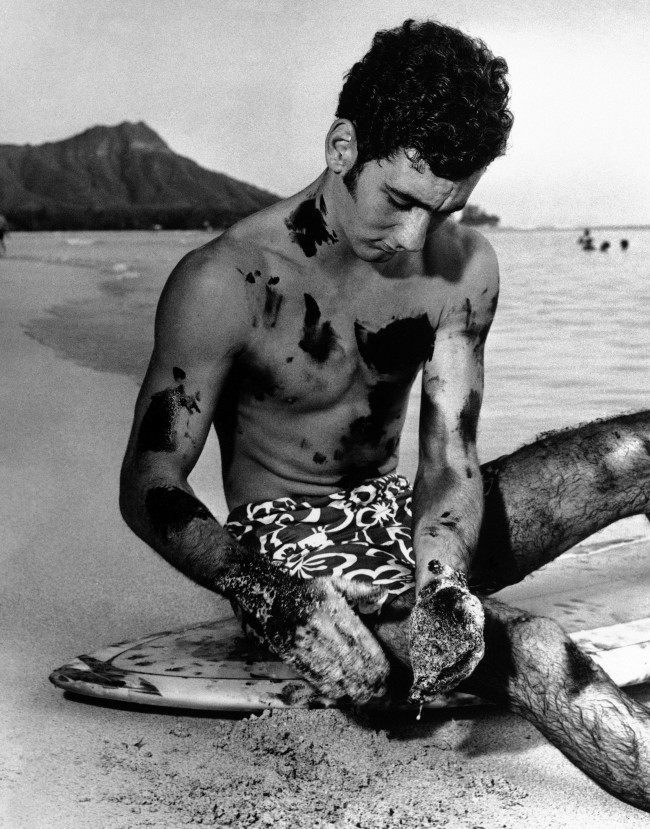 “I’d rather have jellyfish and Portuguese men-of-war than this,” said surfer Blaine Webber, 20, after he caught an oily wave off Waikiki in Honolulu, Feb. 19, 1970. No one knows where the fist-sized globs of thick oil or tar came from, but surfers and bathers alike emerged from the ocean covered with it. 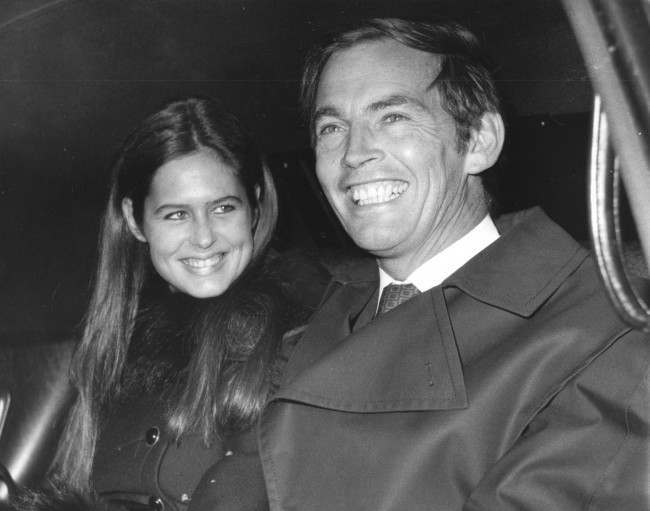 South African heart transplant specialist Dr. Christiaan Barnard, 47, and his 19-year-old bride, Barbara, sit in limousine at New York’s Kennedy Airport on February 18, 1970 after their arrival from Rome where they have been honeymooning. The couple will spend the night in New York and go on to Philadelphia February 19th. They plan a six-day visit in this country. 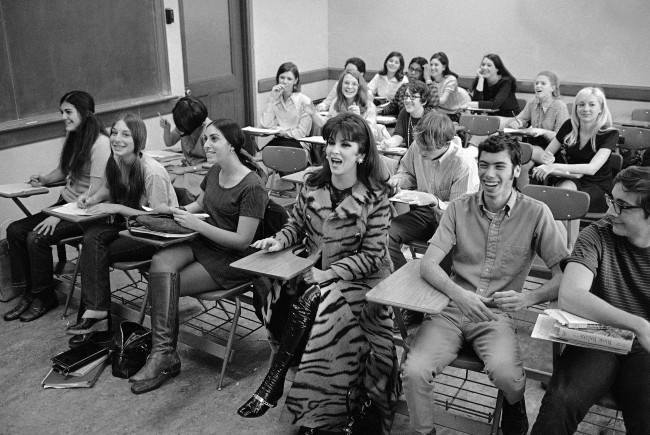 Gina Lollobrigida was a surprise addition to these students in their Italian class at the University of California, Los Angeles on Feb. 13, 1970 where the actress went to visit a friend who teaches the class. 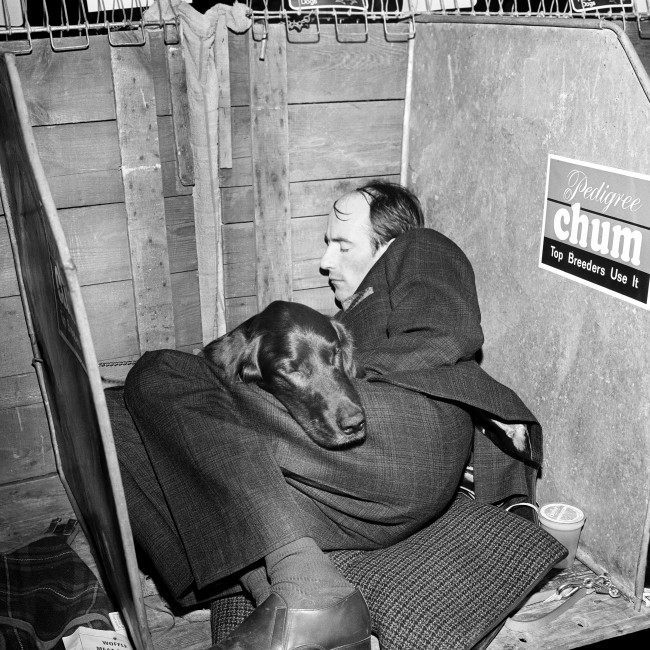 Tired, Glen Frost and his Irish Setter Glenfire Brendower Misty took a nap together while they waitd for the judges ar Cruft’s. There was 8000 dogs representing 112 breeds. Date: 07/02/1970 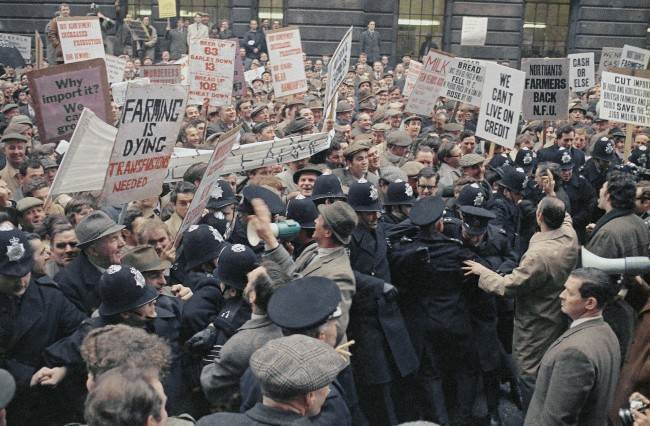 British farm workers jostle with police and angrily protest at prices and farm subsides during their mass rally in London on Feb. 2, 1970, where they lobbied their members of parliament and held demonstration at the London headquarters of the Ministry of Agriculture. 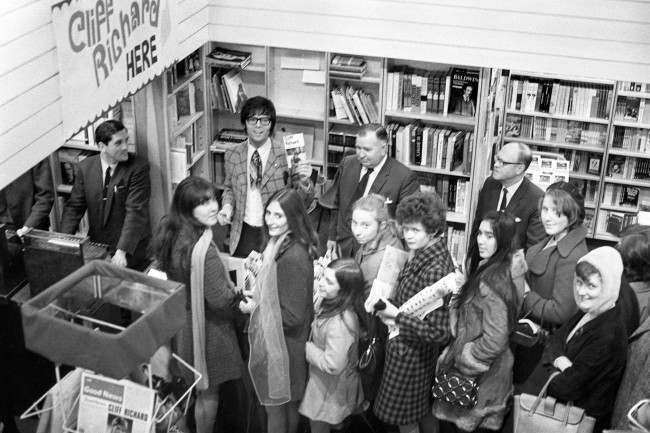 Cliff Richard, noted for his keen interest in religion, and now author of a book on the subject entitled “Questions”, with customers for whom he autographed copies at Mowbrays, the booksellers in Margaret Street, London. Date: 16/02/1970 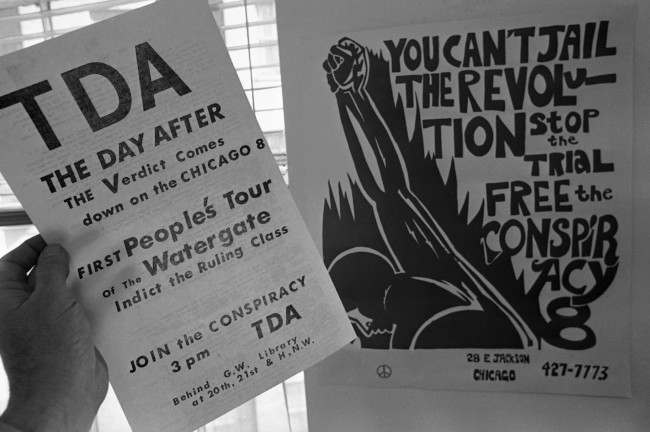 These are two of the flyers which appeared on Washington streets, Feb. 12, 1970. A group called ÂThe Conspiracy is distributing buttons, flags and placards to demonstrate against the verdict in the Chicago conspiracy trial. Focal point in the capital is the Watergate Apartment where Atty. Gen. John Mitchell and some of the other cabinet members live. 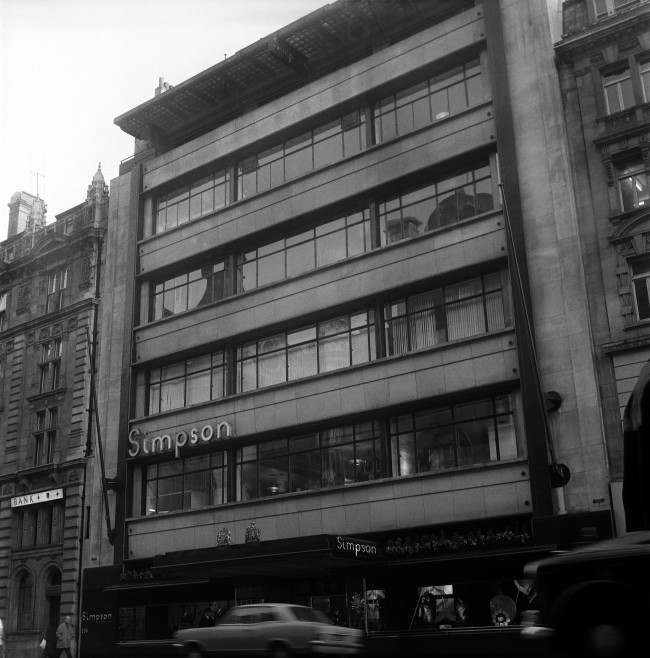 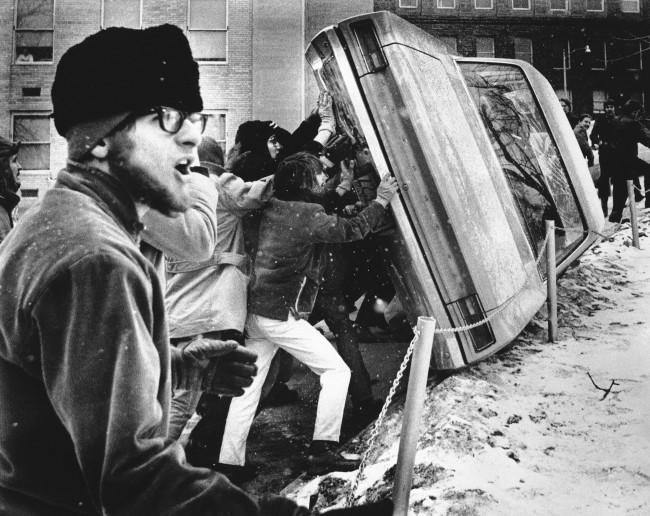 Protestors overturn police car during antiwar protest on the University of WisconsinÂs Madison campus on Feb. 12, 1970. UW students and others clashed with police as they demonstrated against recruiting by the General Electric Company. 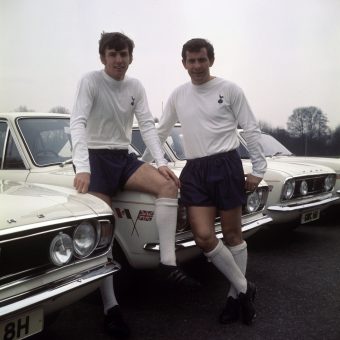 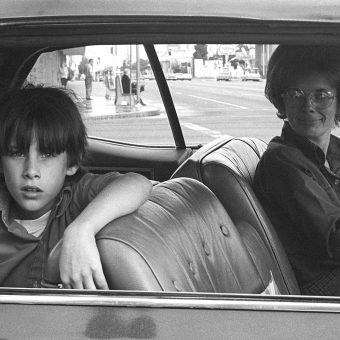