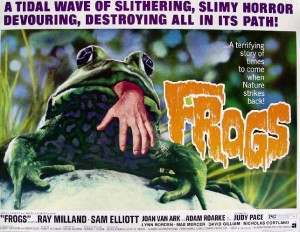 TODAY, movie-going audiences expect a certain threshold in terms of a film’s technical qualities. Viewers expect the sound to be crisp, the picture to be in sharp focus, and special effects to be, generally, believable.

But way back in the seventies, many low-budget filmmakers couldn’t always hit those rudimentary-seeming bench-marks… and yet they wanted their movies to succeed and to be seen by the most people possible.

One cheap and effective way to achieve theatrical success was to devise a great tag-line, one that veritably guaranteed audience curiosity, or amusement.  Indeed, a key weapon in the marketer’s arsenal in the 1970s, at least as it applied to the horror film, was humor.

Below are ten tag-lines from 1970s horror films that walk the line between humor, hucksterism, and, perhaps even, in some cases, genius. 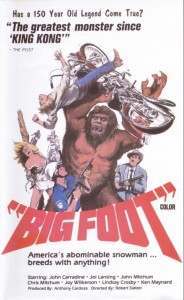 Perhaps America’s abominable snowman should set higher standards for himself…

Werewolves on Wheels (1971): “This gang thought it was tough…till it found a new type of Hell – The Bride of Satan!” 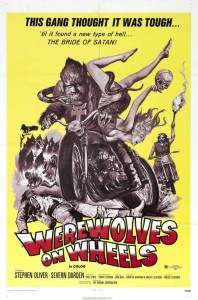 Well, in fairness, I’ve heard that the Bride of Satan is notoriously hard to get along with. 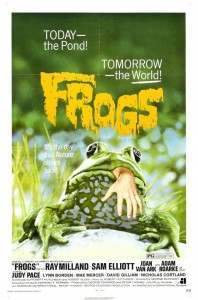 Who knew amphibians were so ambitious?  Their approach contrasts with that of Frogs star Ray Milland, who is never seen in the same shot with the rampaging frogs and declared, memorably, behind the scenes: “I’m not touching one damned frog.”

The Thing with Two Heads (1972): “They transplanted a white bigot’s head onto a soul brother’s body.” 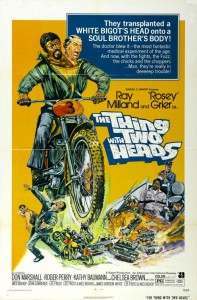 No, this isn’t the Allen West story.

Mark of the Devil (1972): “The first film rated V for violence…guaranteed to upset your stomach.” 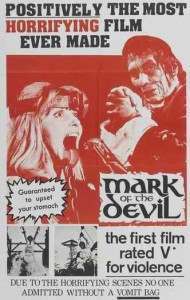 Was this a money-back guarantee? 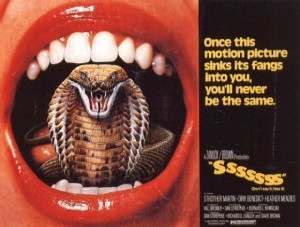 Although tough to pronounce and spell, Sssssss definitely beats the original title: Zzzzzzz. 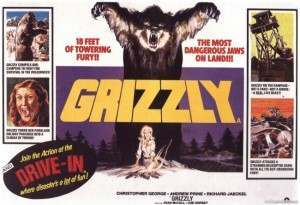 Gee, could this tag-line possibly be referring to some other popular horror movie from the 1970s about an animal with sharp teeth? 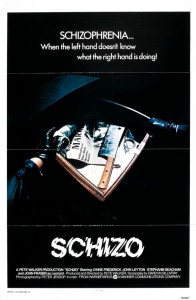 Oddly enough, this is the DSM-V definition of Schizophrenia… 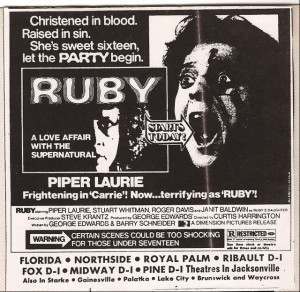 Well…at least it rhymes.  The all-caps on PARTY is nice too. 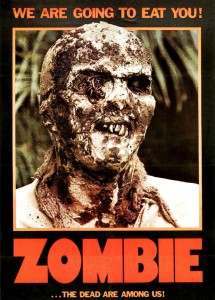 I appreciate a ghoul who is up-front about his appetites don’t you?