WAS the Yugo the worst care ever made? Known locally as the Zastava Koral, the Zastava corporation’s compact hatchback died in 2008, when the last horror rolling slowly off the Zastava factory in the Serbian town of Kragujevac. 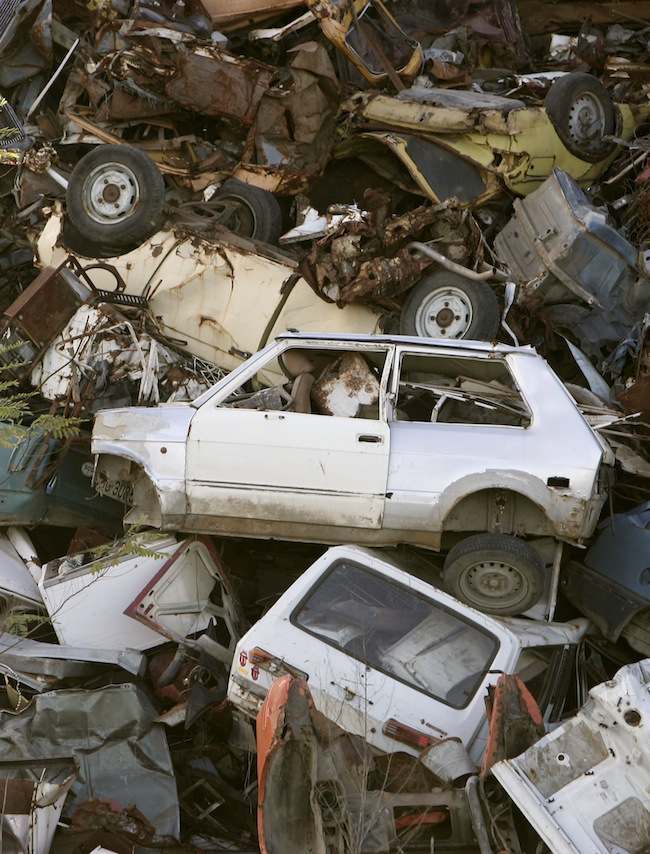 Photo: A Yugo car, center, is seen at a dumping ground in Belgrade, Serbia, Thursday, Nov. 20, 2008. Zastava car factory is finally stopping the production of Yugo because its new owners, Italy’s Fiat, plans to start the assembly of its own compact, the Punto. Over 100,000 Yugo GVs, standing for Great Value, were sold in the U.S. before Yugo America, the company that imported it, went bankrupt and Washington imposed economic sanctions on Belgrade for fomenting ethnic wars in the Balkans in 1992

In 1953, the Kragujevac factory began making two Fiat models under license. The Fiat was altered to become the Yugo. When production ended in 2008, just shy of 800,000 Yugos had been built. The vast majority of those were sold.

Did you buy one?

They were horrible cars. But they did stand for something – often at the lights….for hours. The Yugo was good for jokes:

Q. What’s included in every Yugo owner’s manual? A. The bus timetable.

Q. Why does the Yugo have a rear-window defroster? A. So you can keep your hands warm while you push it. 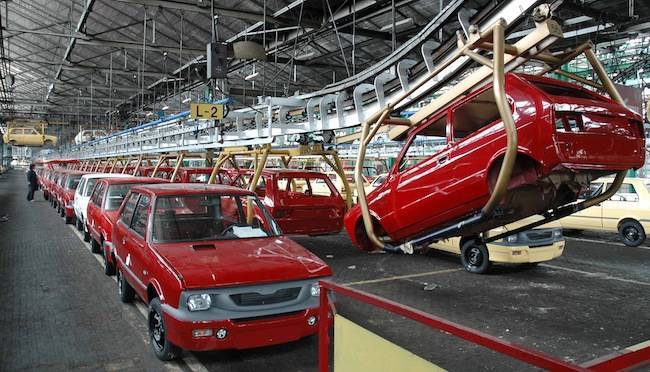 But there was more to it than that. A former enterprise manager, Branimir Soldatovic, points out how the little car served as a symbol of unity and joint effort for the multiethnic state that was Yugoslavia. Zastava [in Serbia] during that time was using parts which were coming from Slovenia, Croatia, and Bosnia-Herzegovina. We had Yugoslavia, and we had a car which was the perfect promoter of the whole country,” Soldatovic said.

And then things went wrong.

Popular Mechanics harks back to the Yugo GV (Great Value):

However, few customers took heed of the owner’s manual recommendation to change the interference engine’s timing belt every 40,000 miles and found themselves stuck with blown motors no dealer would touch. There was also a highly publicized incident, when on a blustery day in Michigan in 1989, a driver, worried that the wind was blowing her ’87 Yugo all over the road, stopped on the Mackinac Bridge, only to have a 55-mph gust blow her car over the edge and kill her. 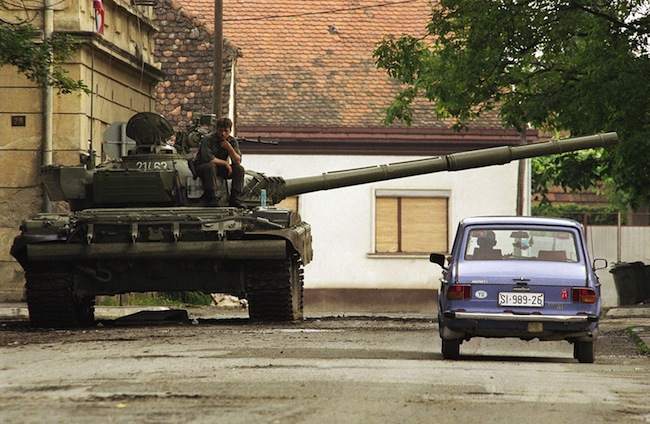 Photo: A private car passes beneath the barrel of a Yugoslav federal army tank that is on guard at the village of Glina on Friday, July 5, 1991. Glina is a Serbian community which is located in Croatia.

After that, the car was a dead duck. 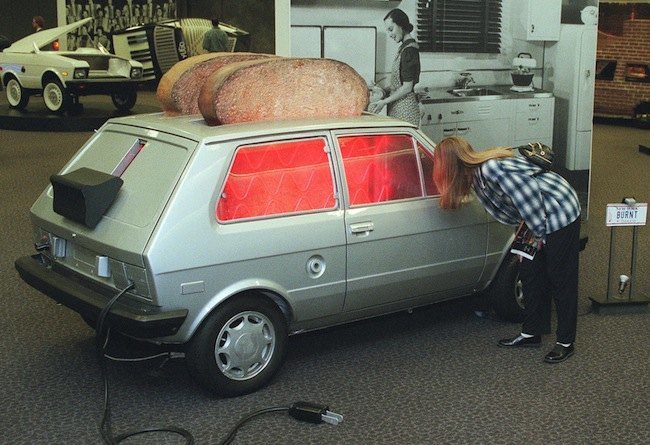 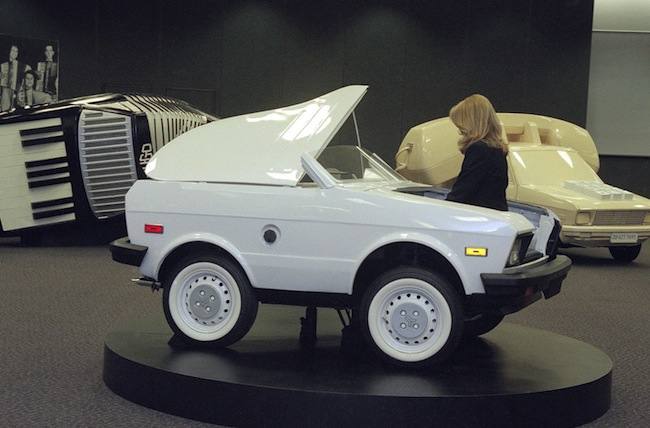 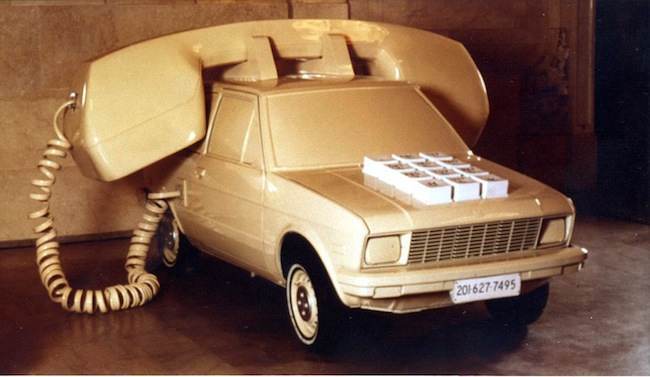 All three photos above are from the 1996 Greated Los Angeles Auto Show on Friday, Jan. 5, 1996. Students at the School of Visual Arts in New York City were given the assignment to reconfigure the useless cars to a new purpose.