We here at Flashbak pride ourselves in obscure 70s acts, whether it be disco or yacht rock; however, my knowledge in the ways of punk begin and end with The Ramones. Beyond that, I am like Olivia Newton-John at a Hawkwind concert – lost, confused, and a little bit afraid. 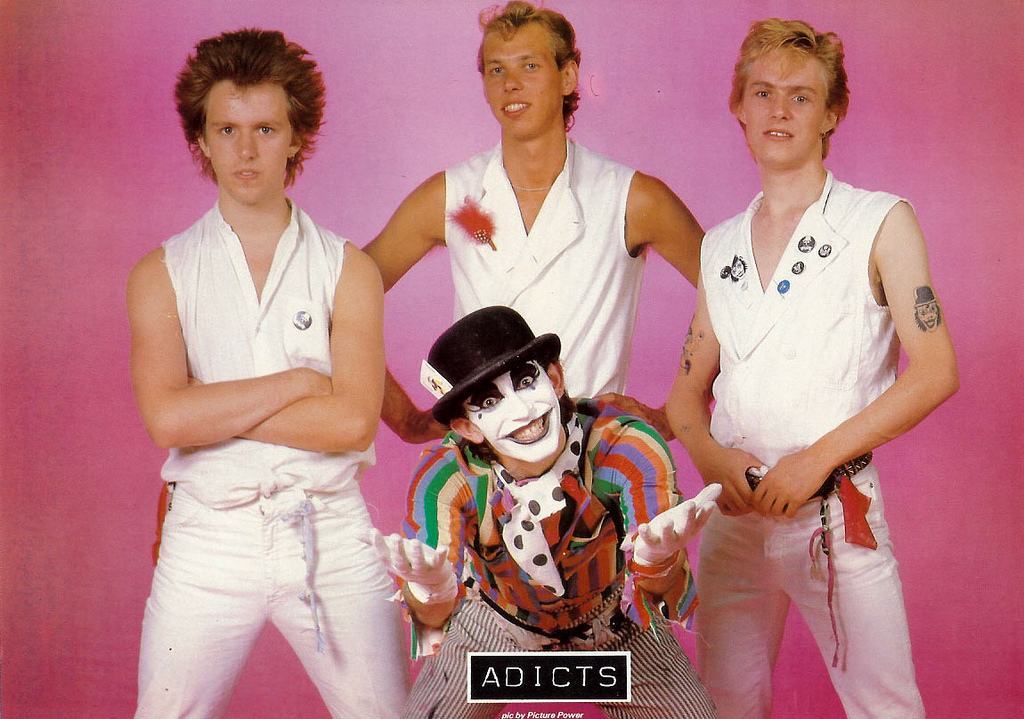 Please don’t fault me for my ignorance – I’ve honestly never ever never heard of the Adicts. They may have been a wonderful band with their Clockwork Orange vibe and fancy hair; however, I just wasn’t aware of the punk movement in the early eighties. Sad to admit, but I was listening to Survivor, Men At Work, and The J. Geils Band in ’82, and couldn’t have less of a clue about punk bands.

In fact, I kind of thought punk had died by this point. I guess it was busy morphing into New Wave, and was more or less a hybrid of the two. At any rate, I probably shouldn’t have titled this post ‘Punk Bands You’ve Never Heard Of’, when in fact these may be well-known to fans of this genre. As a fan of Toto and Olivia Newton-John, I probably shouldn’t make assumptions about your punk knowledge base.

Either way – whether you’ve heard of these bands or not – I am sure you’ll agree that these promotional photographs are fun to look at. All of these are scans from Punk Lives magazines from the early eighties. Let’s take a look at some, shall we? 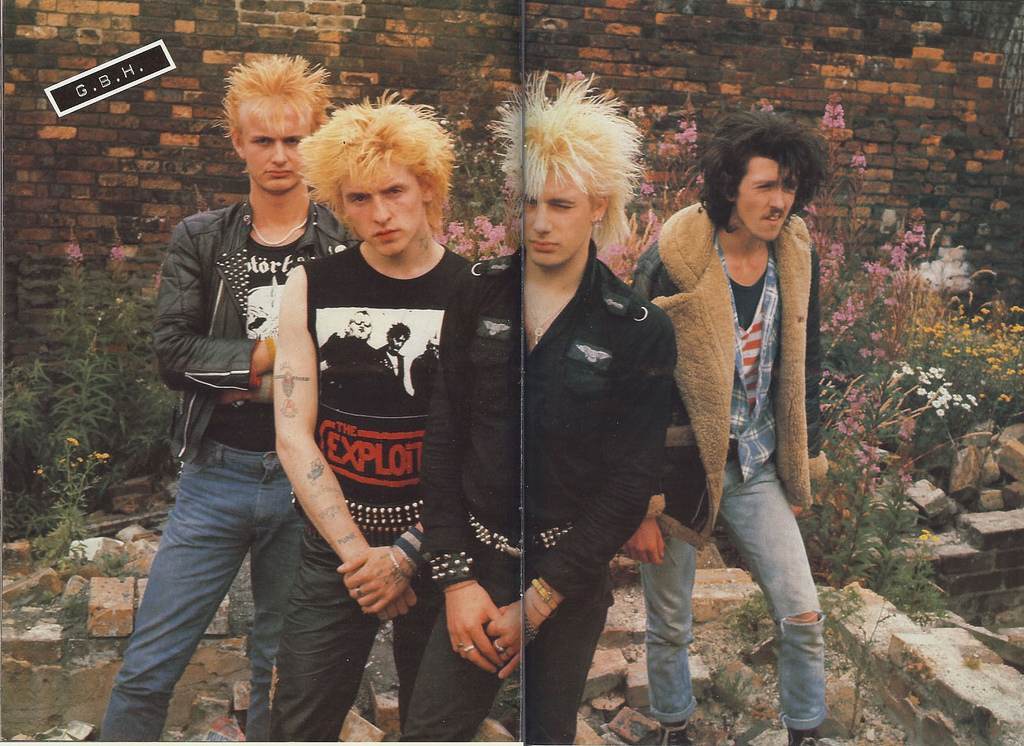 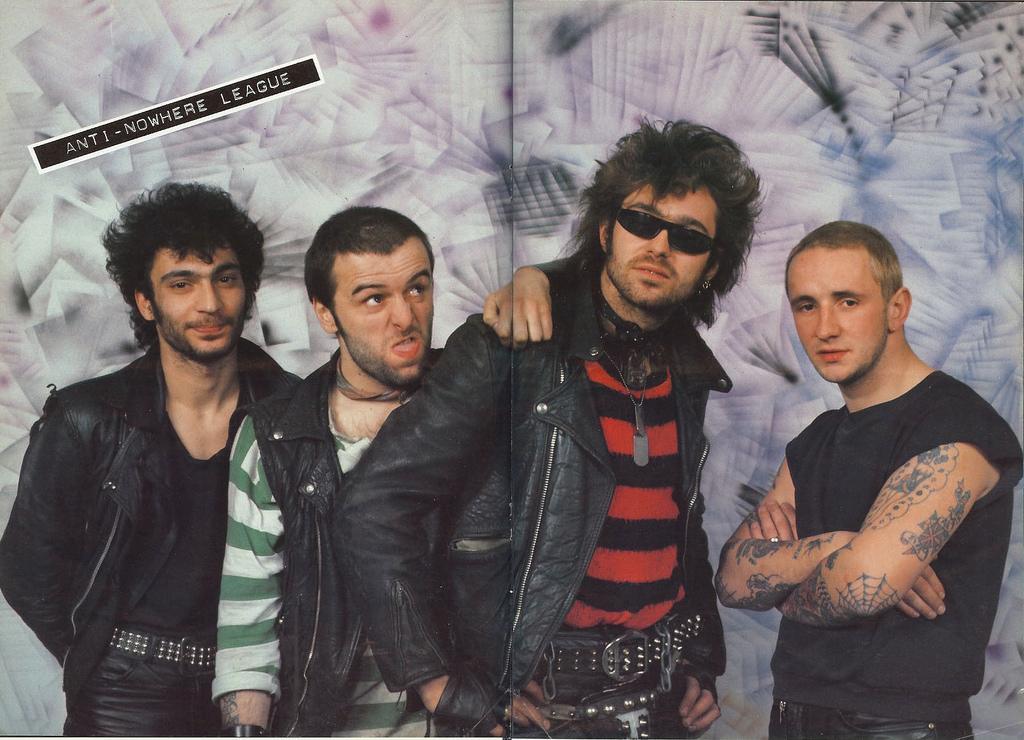 Their drummer wins the prize for the most punk name ever: Rat Scabies. 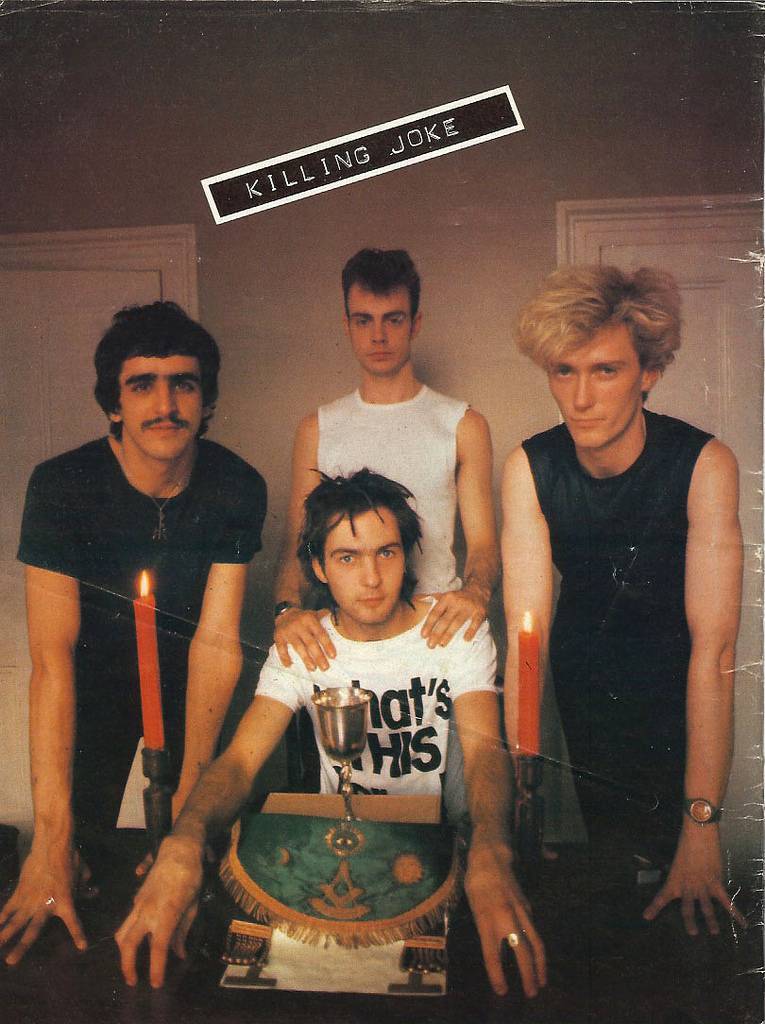 Killing Joke actually sounds familiar. It’s not as punk sounding as, say, the “Revolting Cocks”, but it’ll do. I have a sneaking suspicion I’d recognize some of their songs, but would probably turn it off in favor of some England Dan and John Ford Coley. (You rock snobs out there are cringing, I know. My sincere apologies) 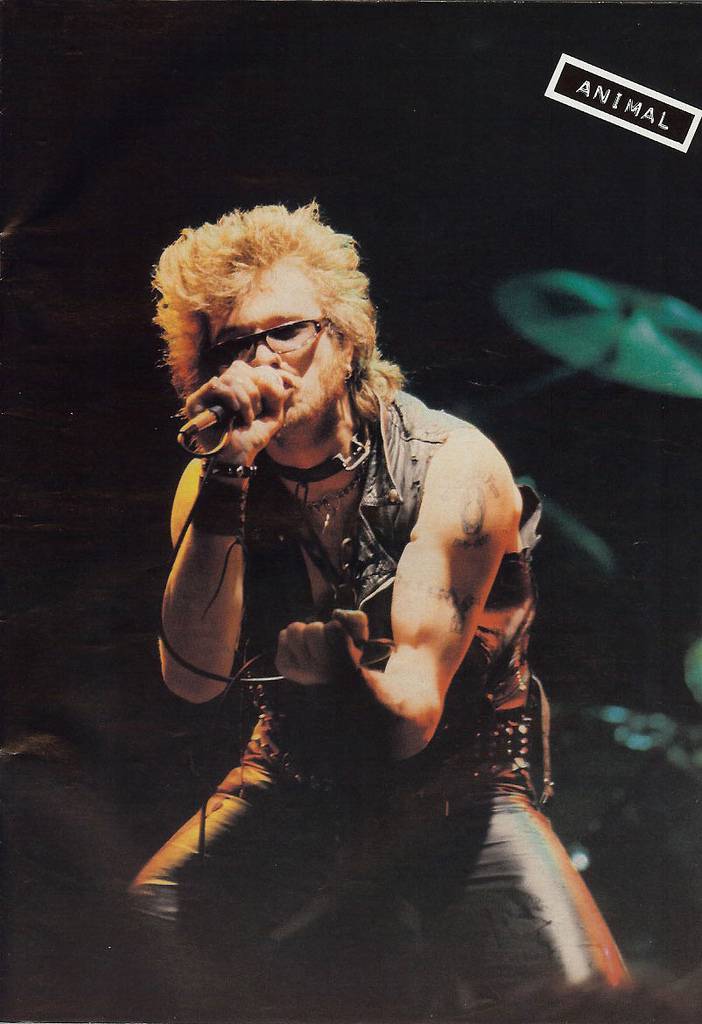 In the early eighties, I was much more into “Manimal” than “Animal”. Can this guy morph into a panther? No. I didn’t think so. Check mate goes to Manimal. 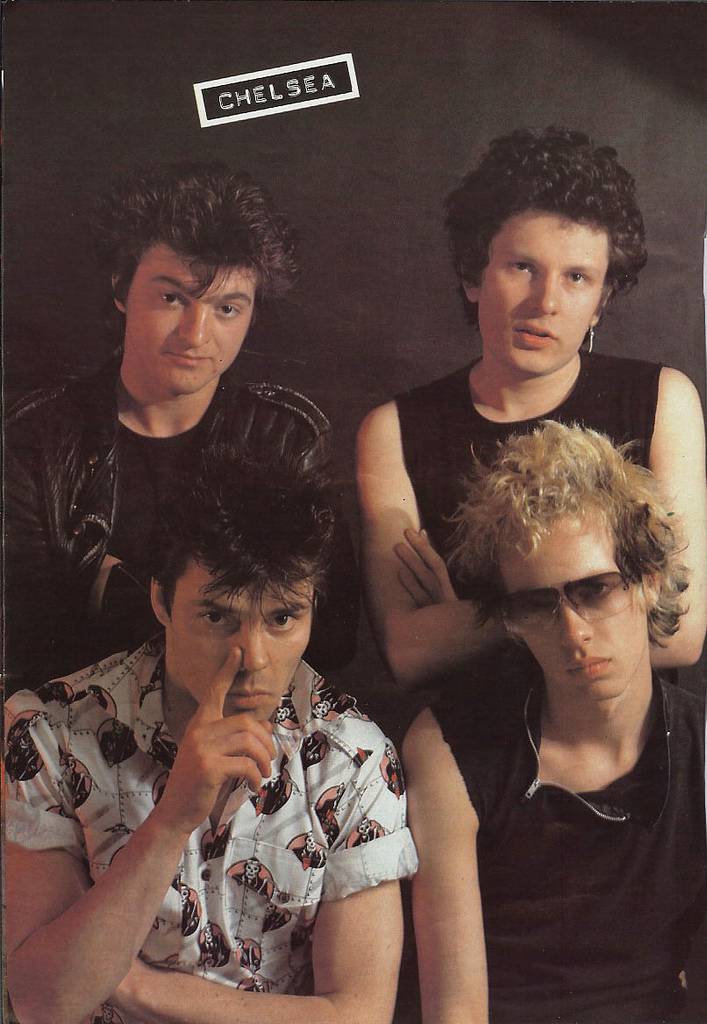 These definitely seem to have the punk ‘tude down pat. Was it a prerequisite for every punk band to act like obstinate pricks? I prefer the metalhead spaciness (a la Lemmy or Ozzy) over the rudeboy posturing of Johnny Rotten wannabees. Just sayin’. 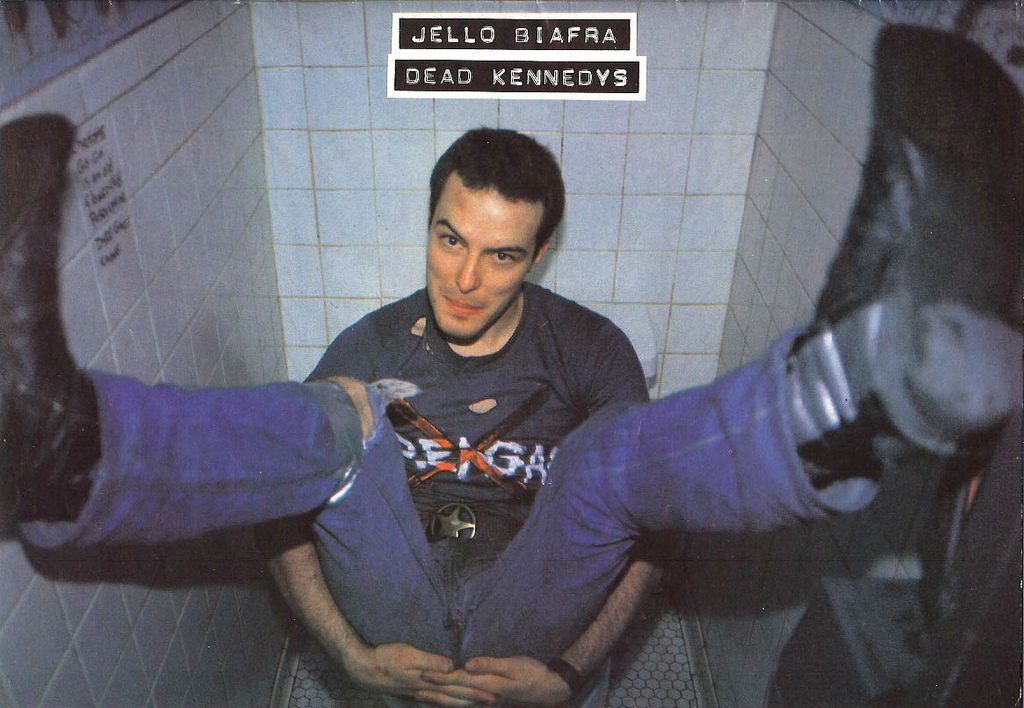 Aha! A punk act I’m familiar with. I can appreciate their ‘punk with a message’ vibe; however I got the feeling a lot of people just ‘said’ they liked the Dead Kennedys, when in fact they were closet Pat Benetar fans. (In much the same as rock snobs always gush endlessly about Miles Davis, when they’ve never listened to one of his albums all the way through…. and secretly know their Styx albums by heart) 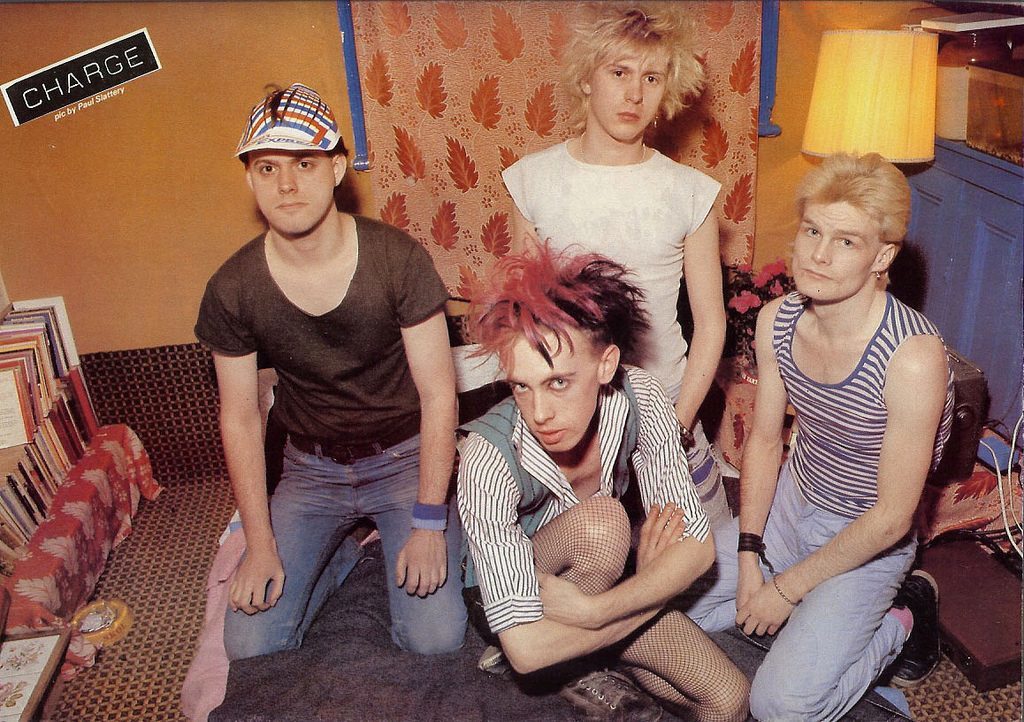 Is it possible to have never heard a band’s music, and yet know implicitly that you will hate every song they’ve ever recorded? That’s the way I feel about ‘Charge’. 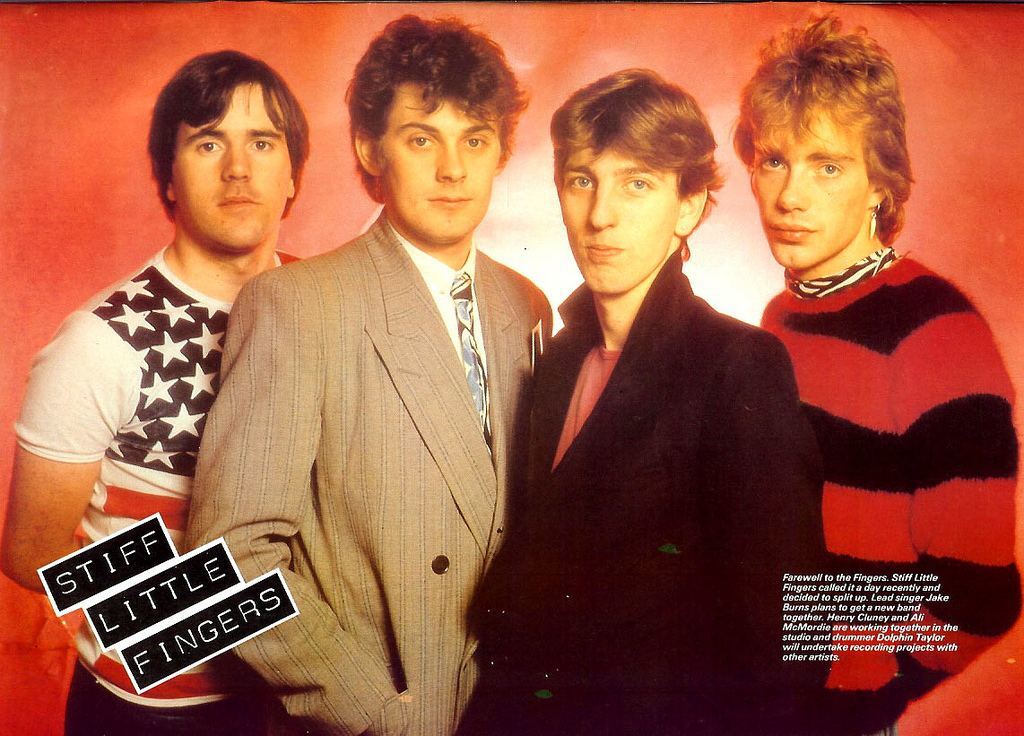 Perhaps you need to be from the U.K. to appreciate these bands. I was well into music around this time, but can honestly say I’ve never heard of this band – a group who appears to have had a respectable amount of notoriety in the U.K. I pride myself in knowing the most obscure music imaginable from the seventies; but I just fall flat when it comes to this early eighties genre.

Well, I’ll quit wallowing in my own ignorance, and move on to the next band…. 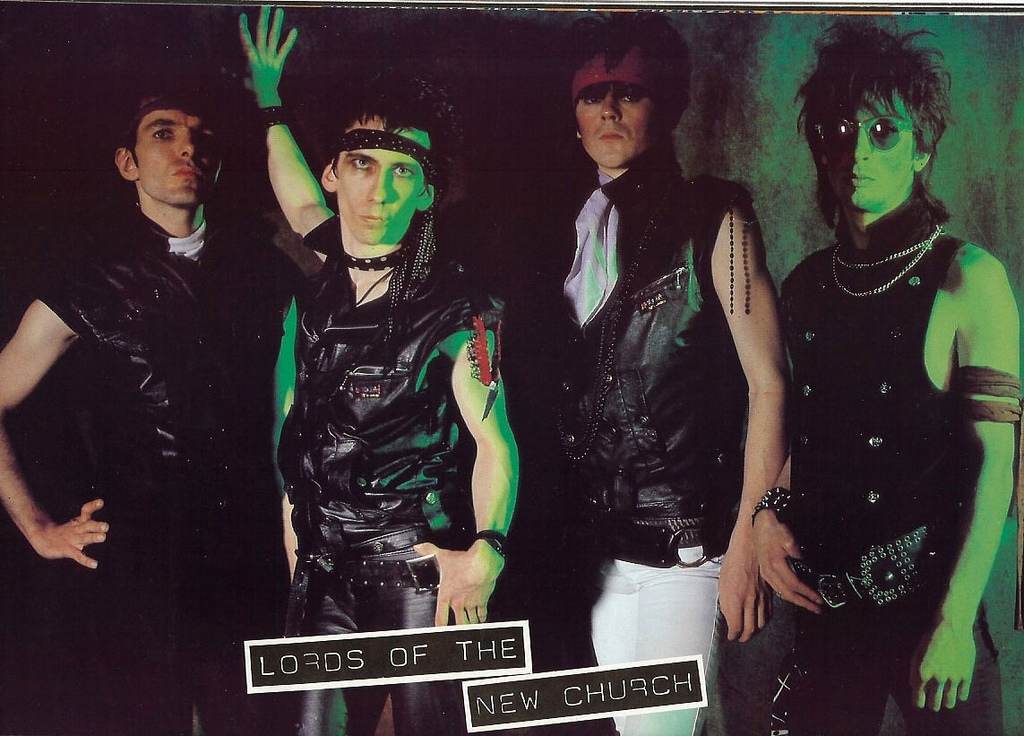 I want to see a face-off between Depeche Mode and Lords of the New Church. A no-holds barred battle of the cocky black-leather dandies. Pay Per View Only, of course. Winner fights Soft Cell. 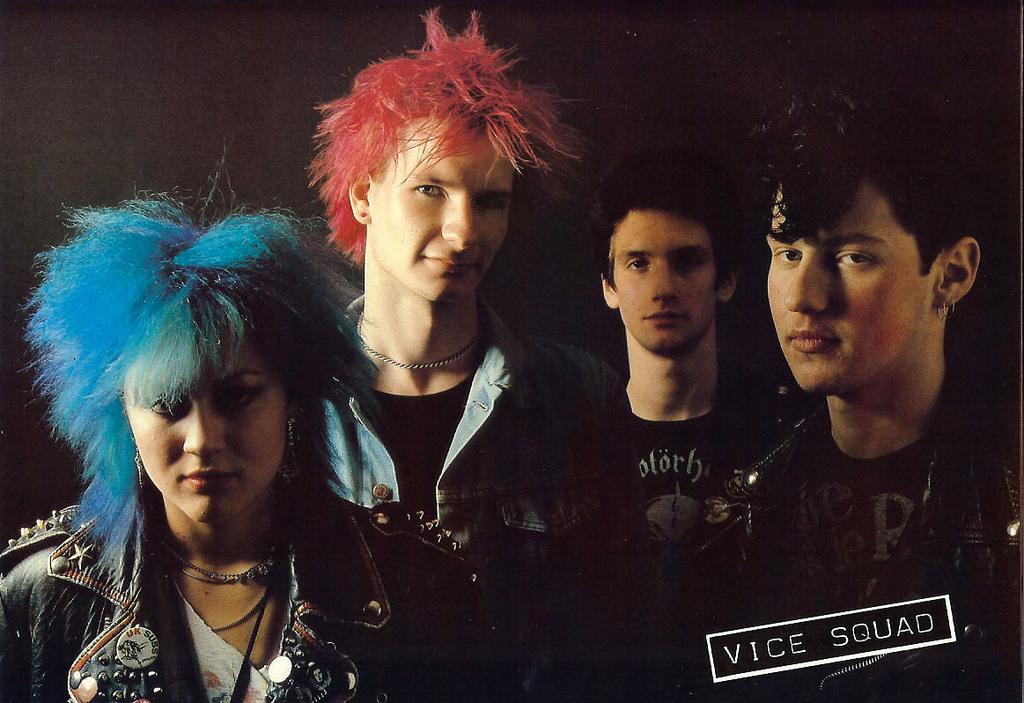 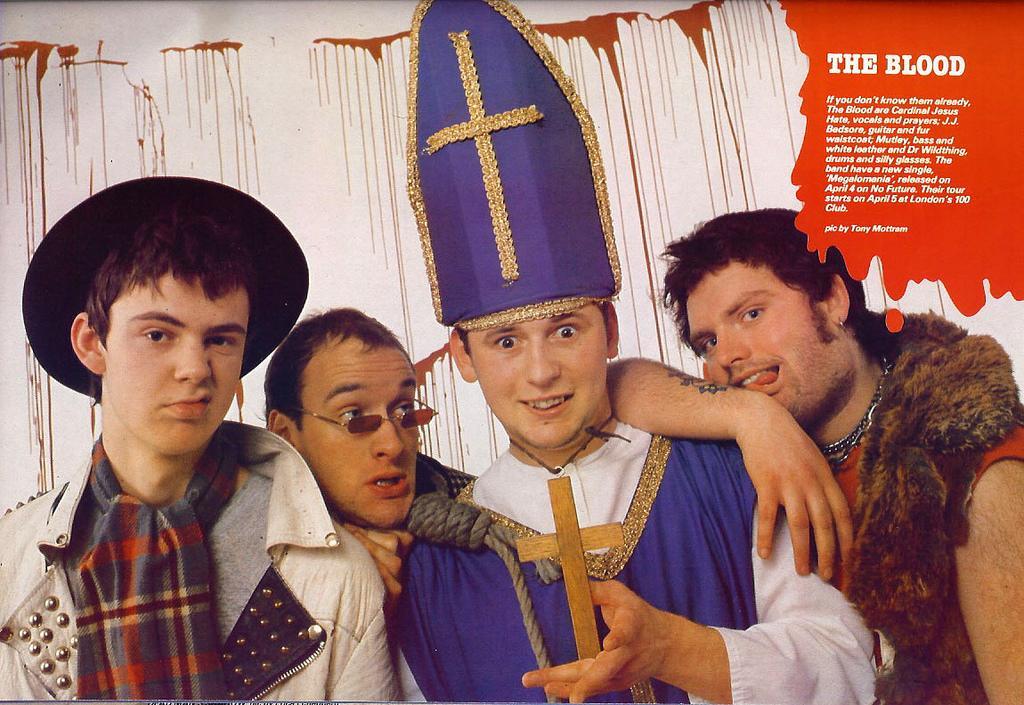 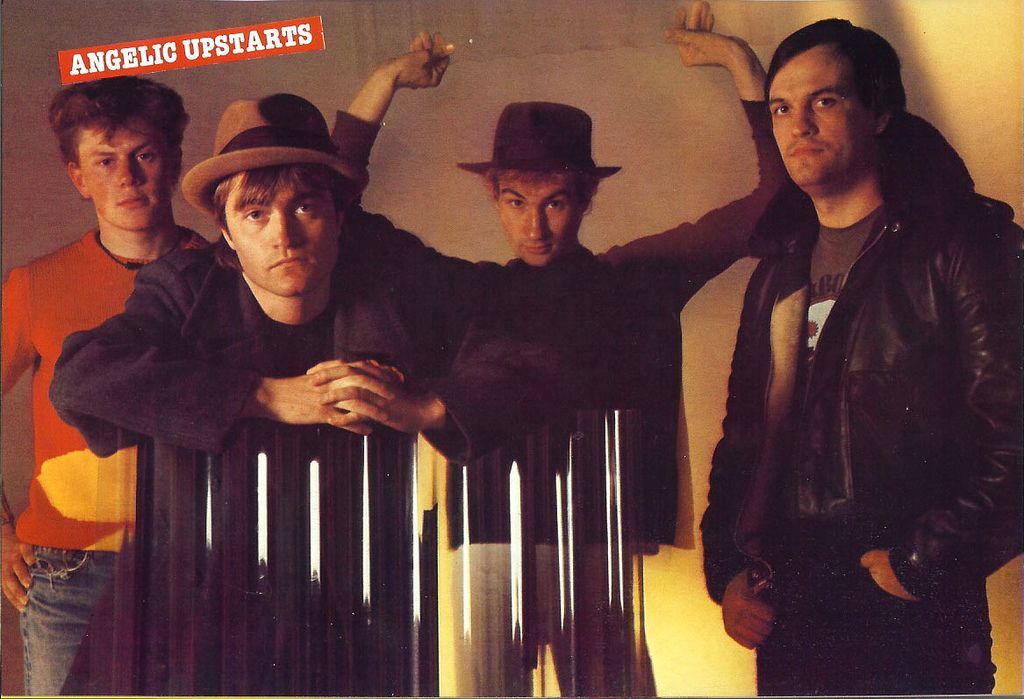 According to Mojo magazine, this band’s single “The Murder Of Liddle Towers” is one of the best punk songs of all time. That being said, I still think I’d rather listen to even the worst song ever recorded by Earth, Wind & Fire…. but to each his own. 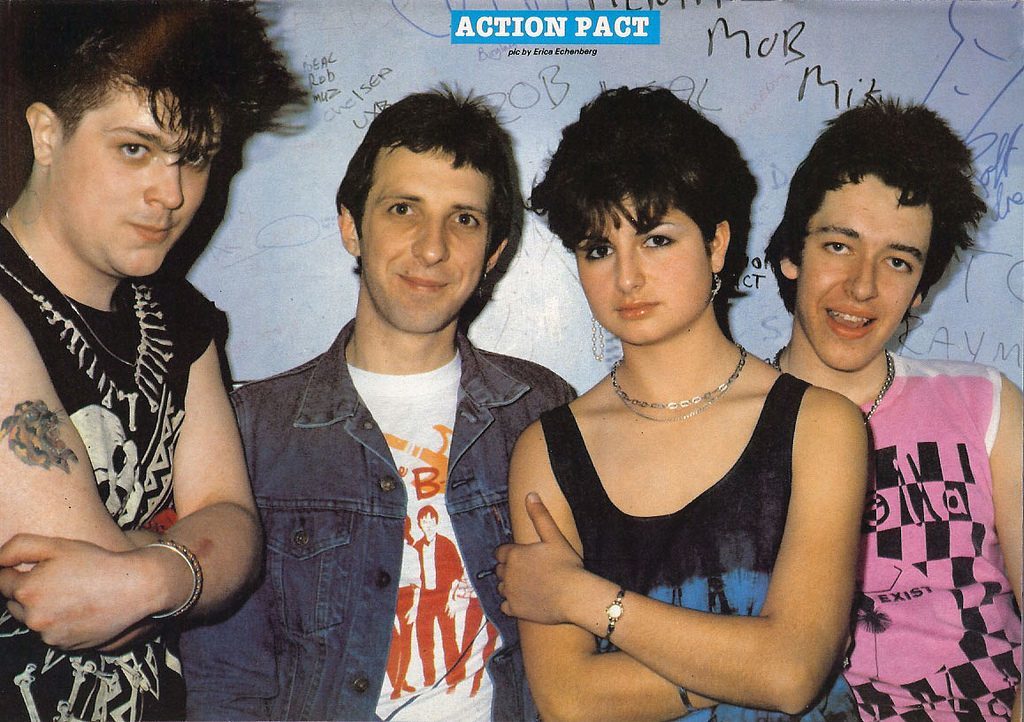 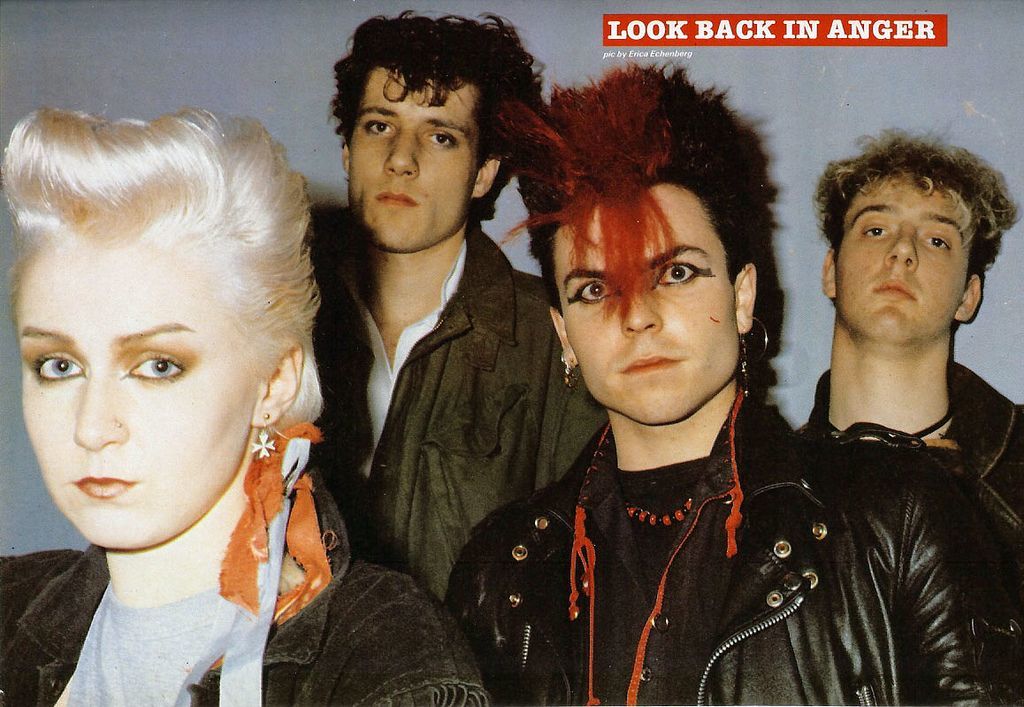 Admittedly, I did enjoy some goth music back in the 80s. The Bauhaus, The Cure, Siouxie & the Banshees, The Cult, Mission UK, Gene Loves Jezebel and Echo & the Bunnymen all qualify as goth acts, and I loved them all. However, I must say, I never heard of ‘Look Back in Anger’. What the hell? 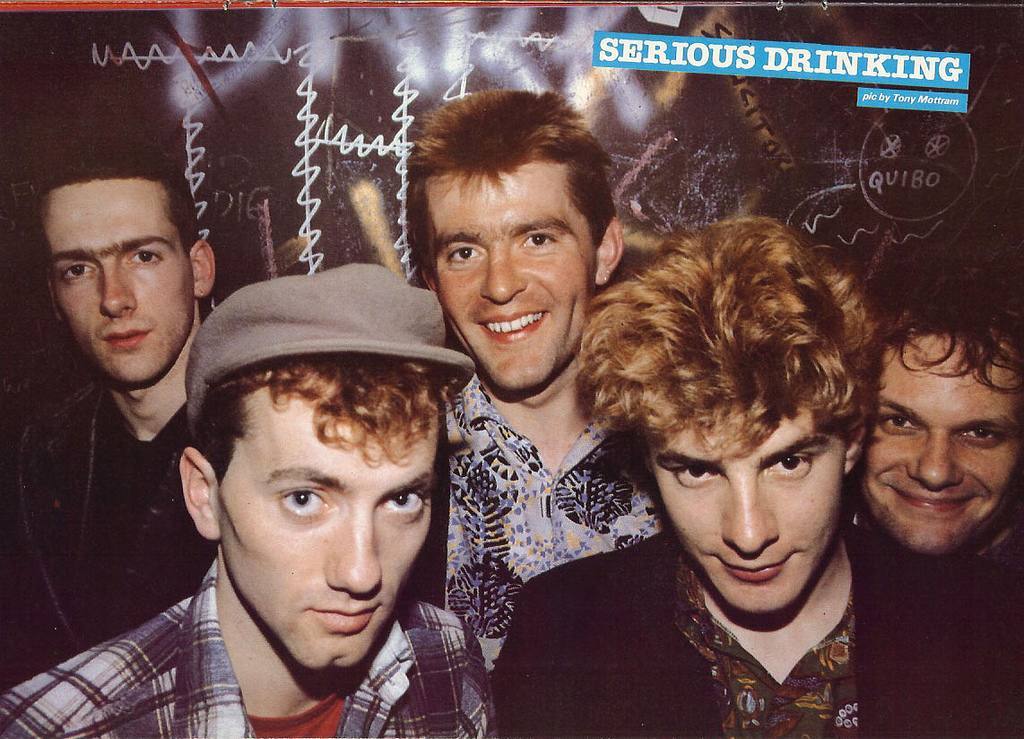 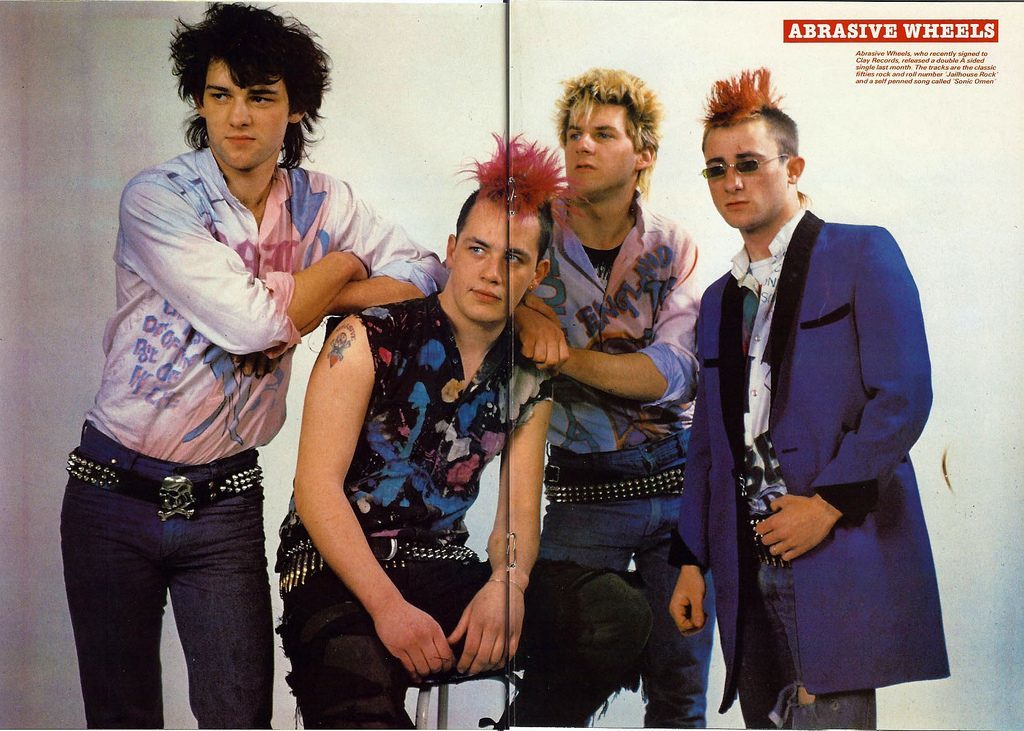 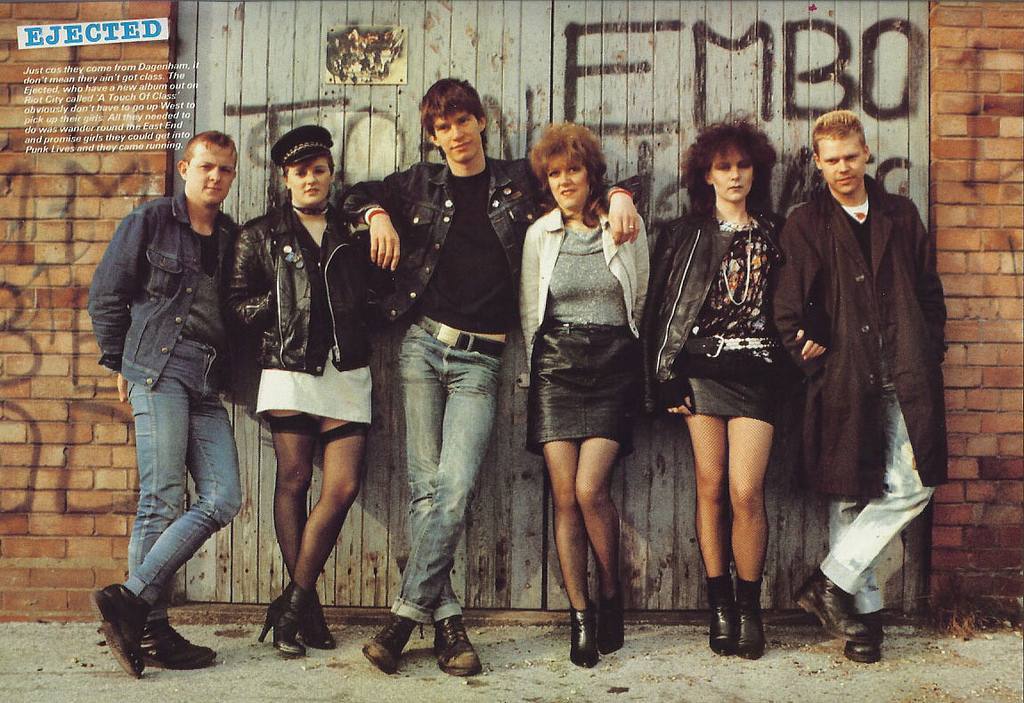 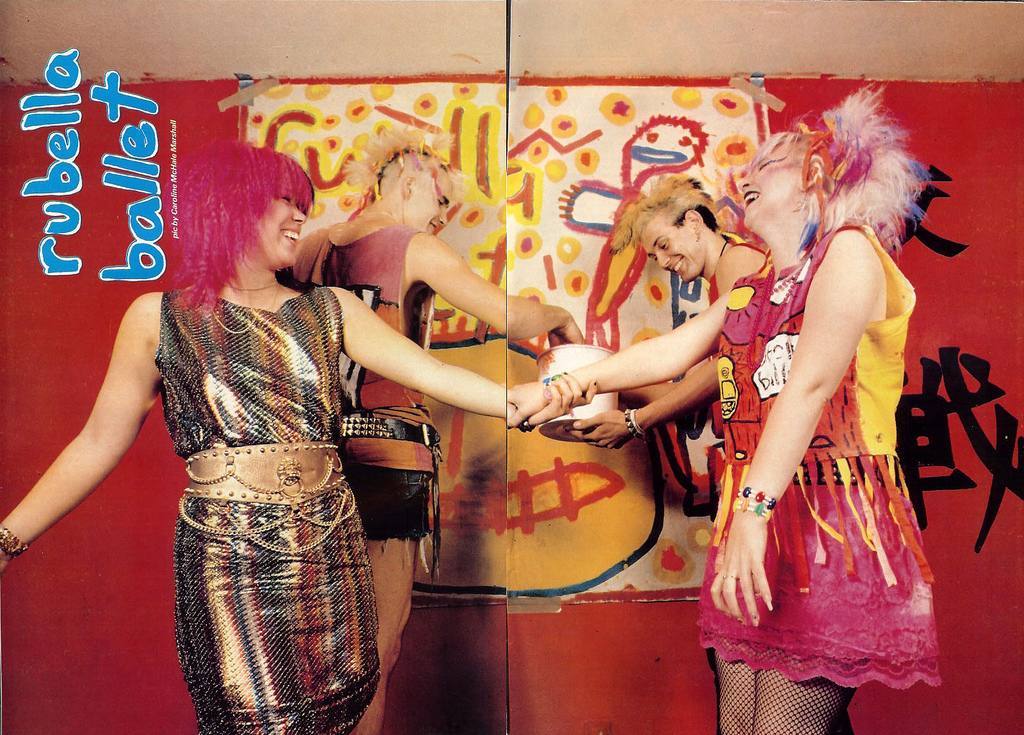