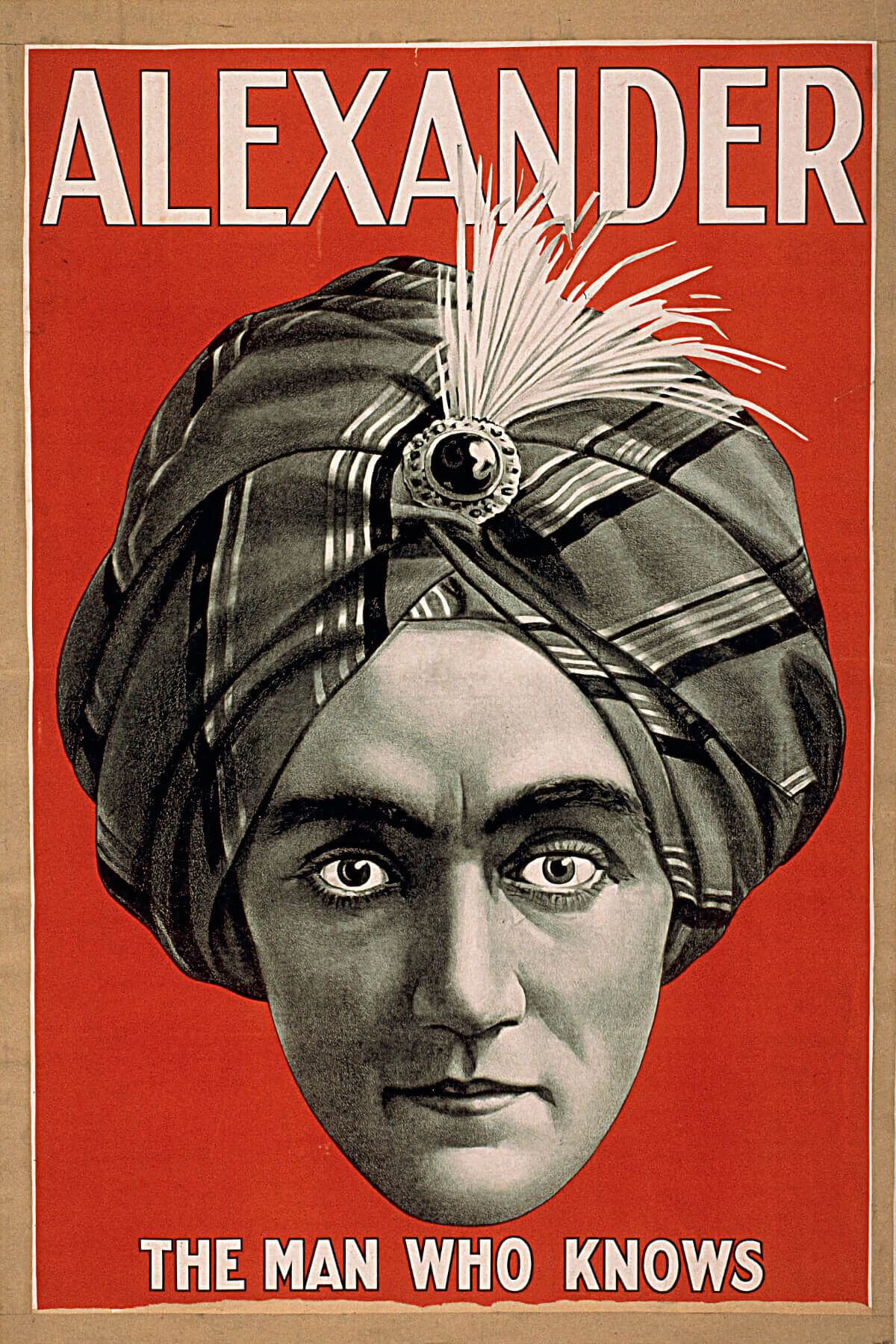 These posters of magic and magicians celebrate magic shows that entertained us in the late 19th and early 20th centuries. All are available as high quality prints in the shop.

Magicians performed in theatres, commanding one-man shows. Many were practicing spiritualists, playing with the occult, mysteries of the dead and illusion. The likes of Harry Kellar, Alexander Herrmann and Howard Thurston became hugely famous.

Kellar, the “Dean of American Magicians”, would perform the “Levitation of Princess Karnack” and decapitate his own head, which would then float over the stage.

Kellar sold his spirit cabinet and a number of props to Howard Thurston, known as the “King of Cards”.

Charles Joseph Carter performed the classic “sawing a woman in half” illusion and a trick in which his body would vanish just as it dropped from the end of a hangman’s noose.

Vintage posters for magic shows were spectacular. At the close of the 19th century, innovations in colour lithography, meant that magicians could have colourful magic posters inexpensively printed to post wherever they travelled.

Kellar dismissed the spiritualist aspects of the act and honed his skills as an illusionist. His act became immensely popular worldwide, and Kellar even performed for President Theodore Roosevelt and his family. Harry Houdini later proclaimed Kellar “America’s greatest magician.”

When Kellar retired after a forty-year career, he sold his spirit cabinet and a number of stage routines to Howard Thurston, known as the “King of Cards.” Like Kellar, by anchoring his lineage to an established performer, Thurston cemented his own position upon the American stage. 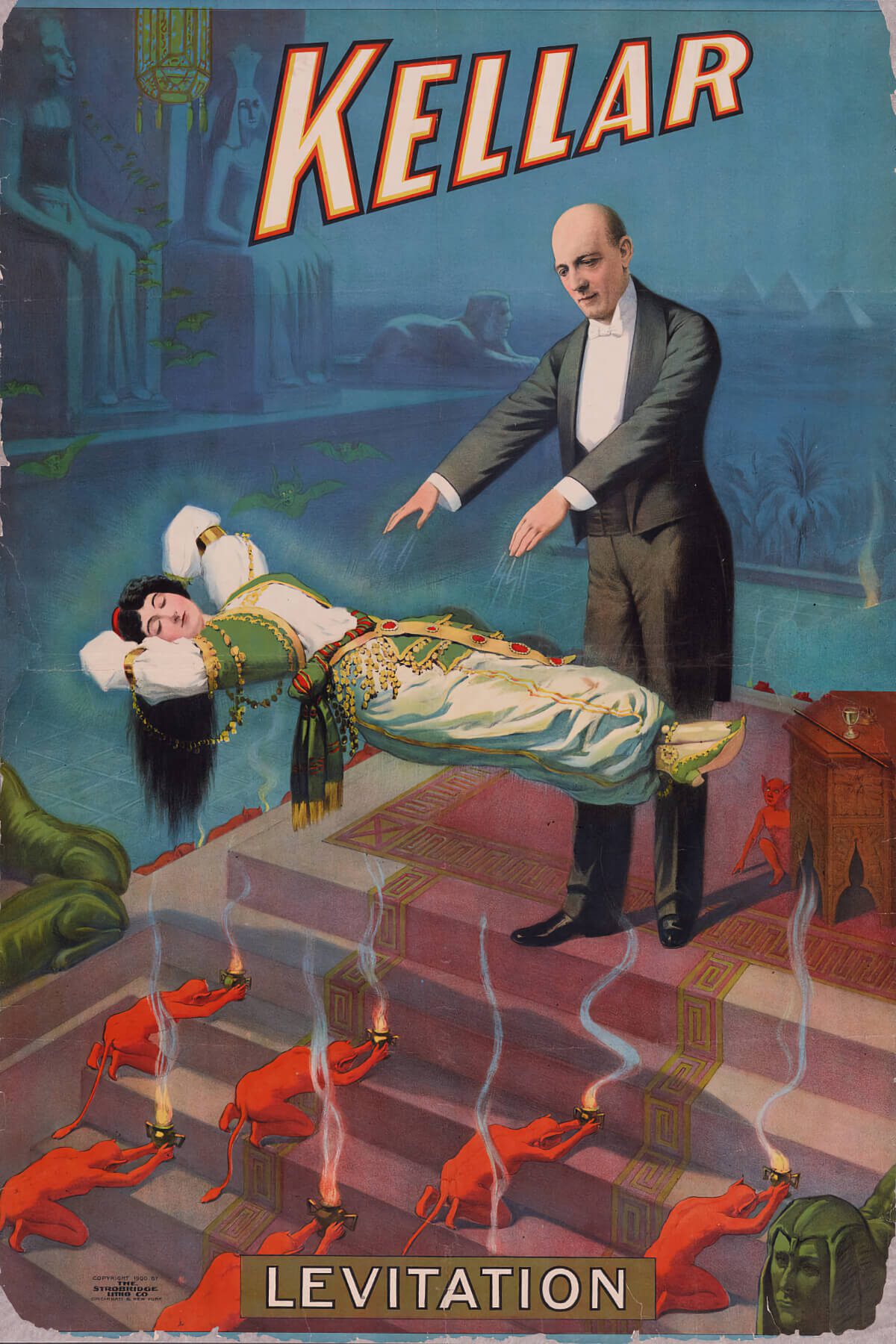 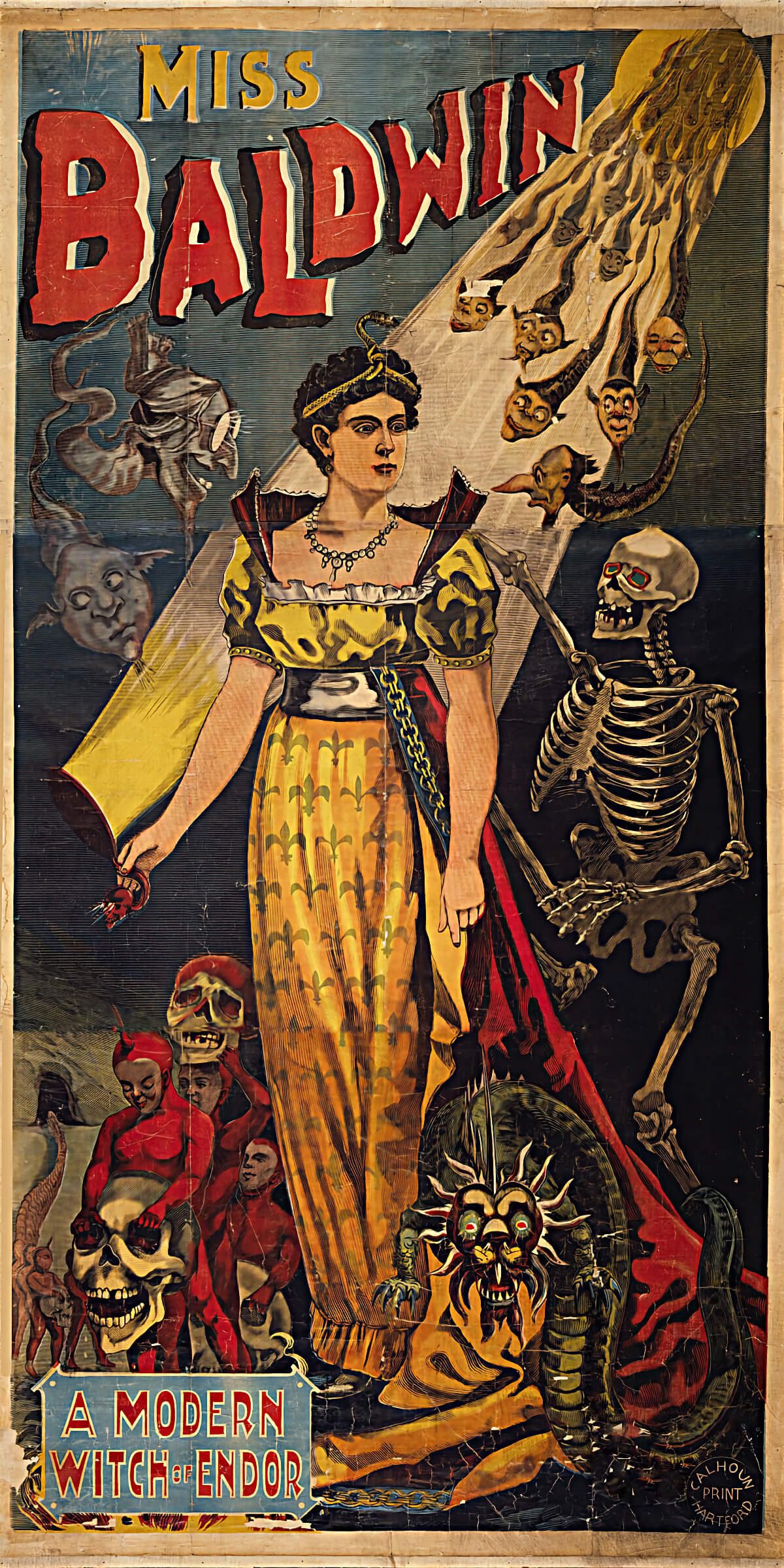 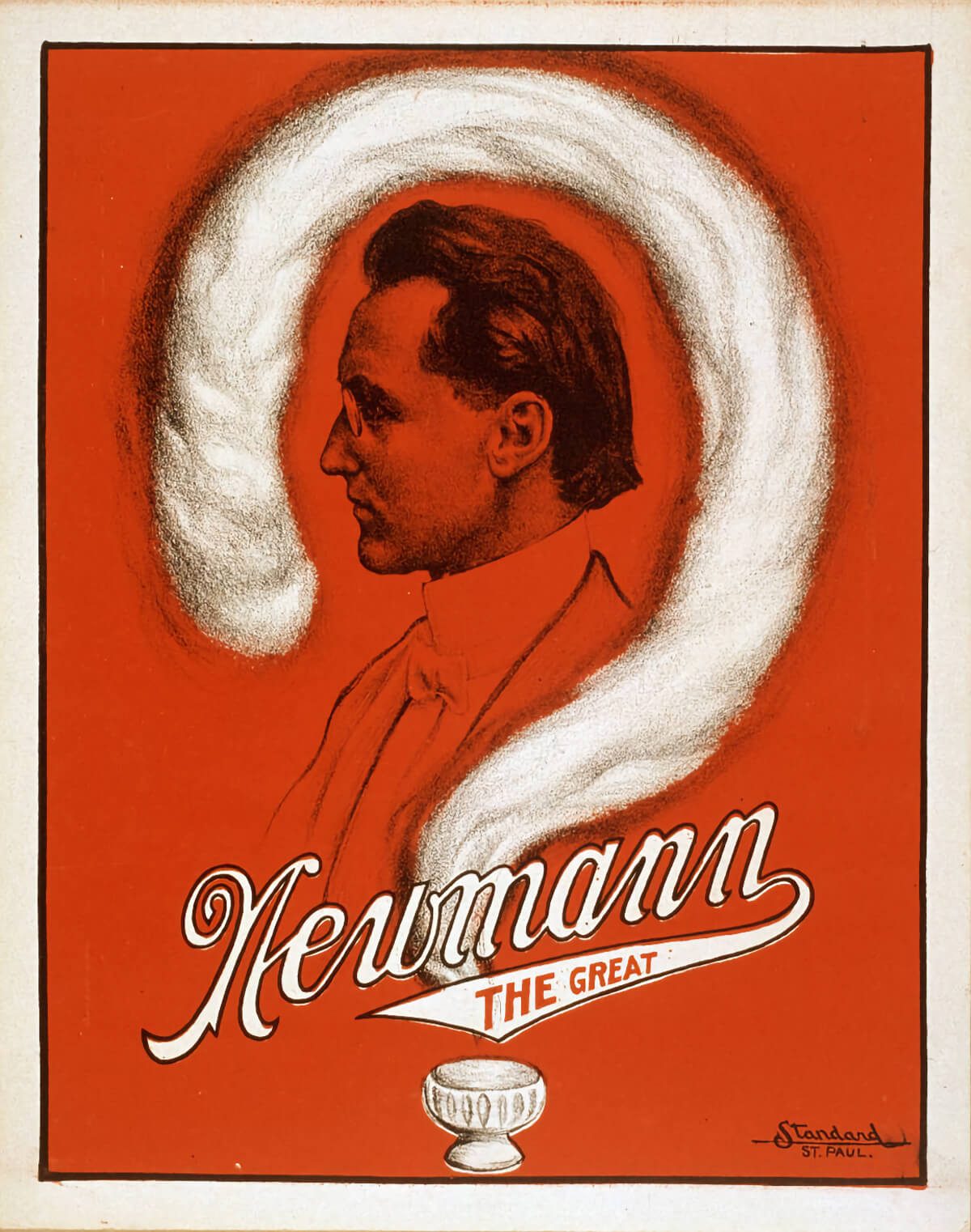 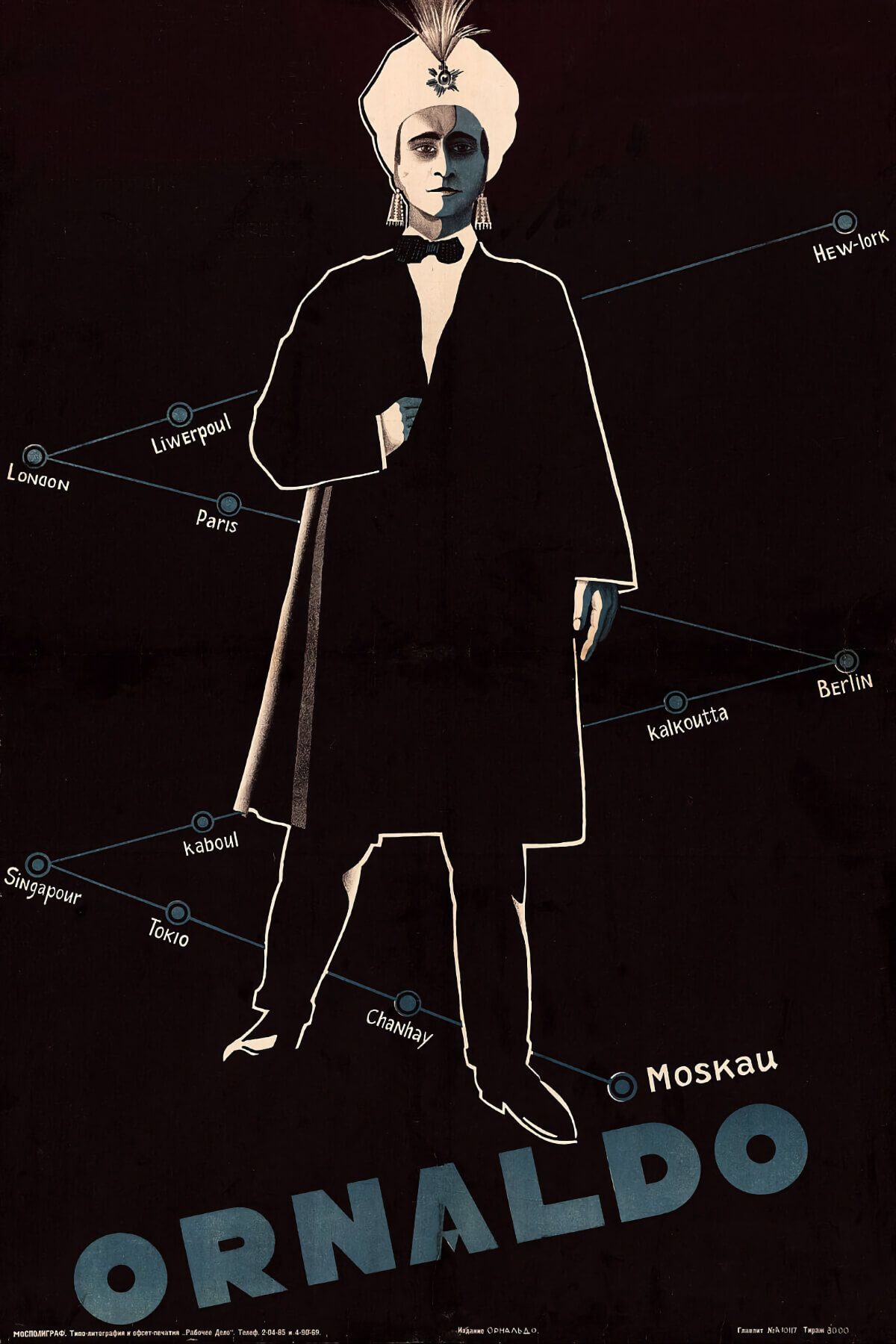 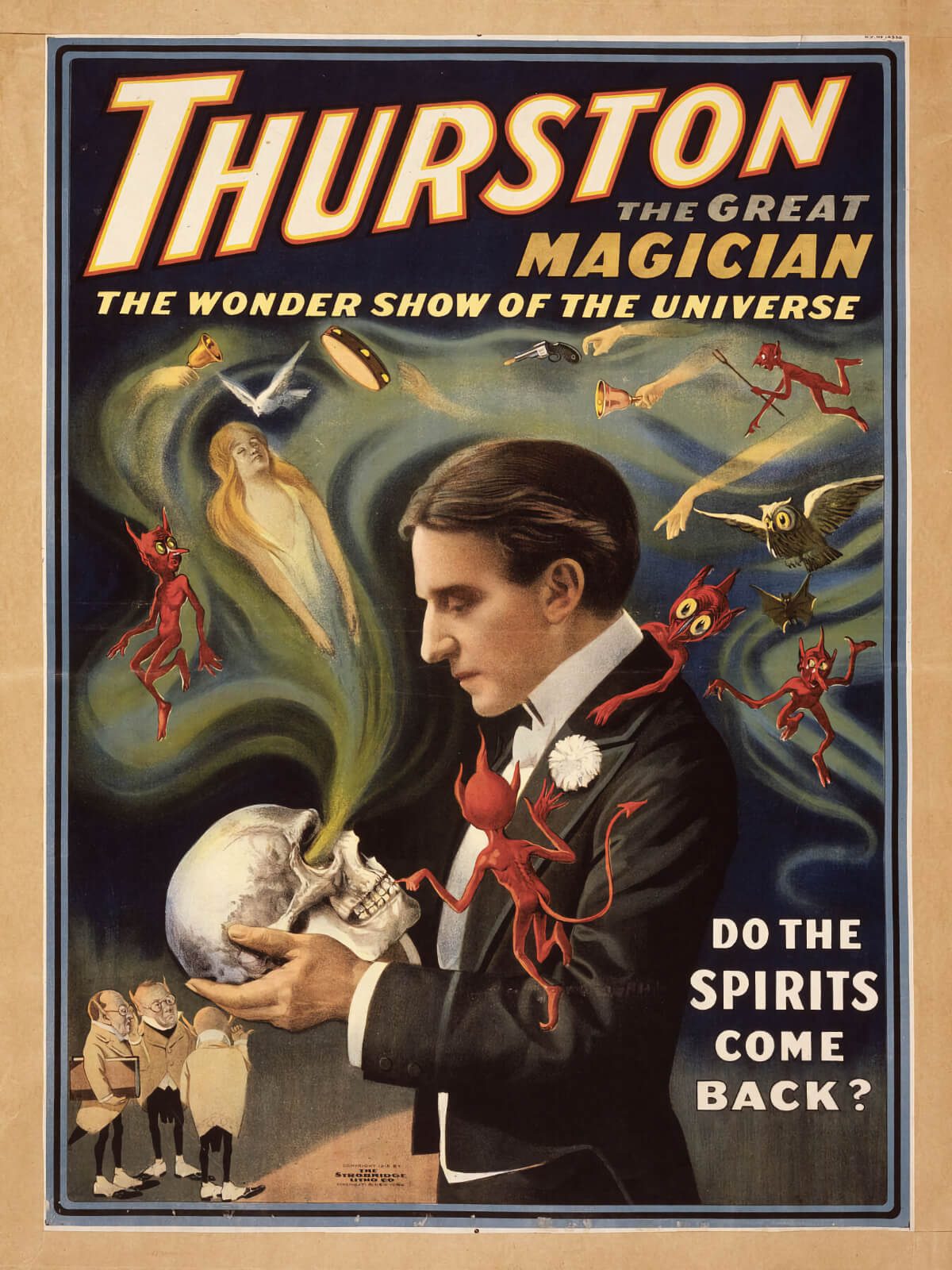 Thurston the Great Magician, the Wonder Show of the Universe – c.1914. Buy Prints 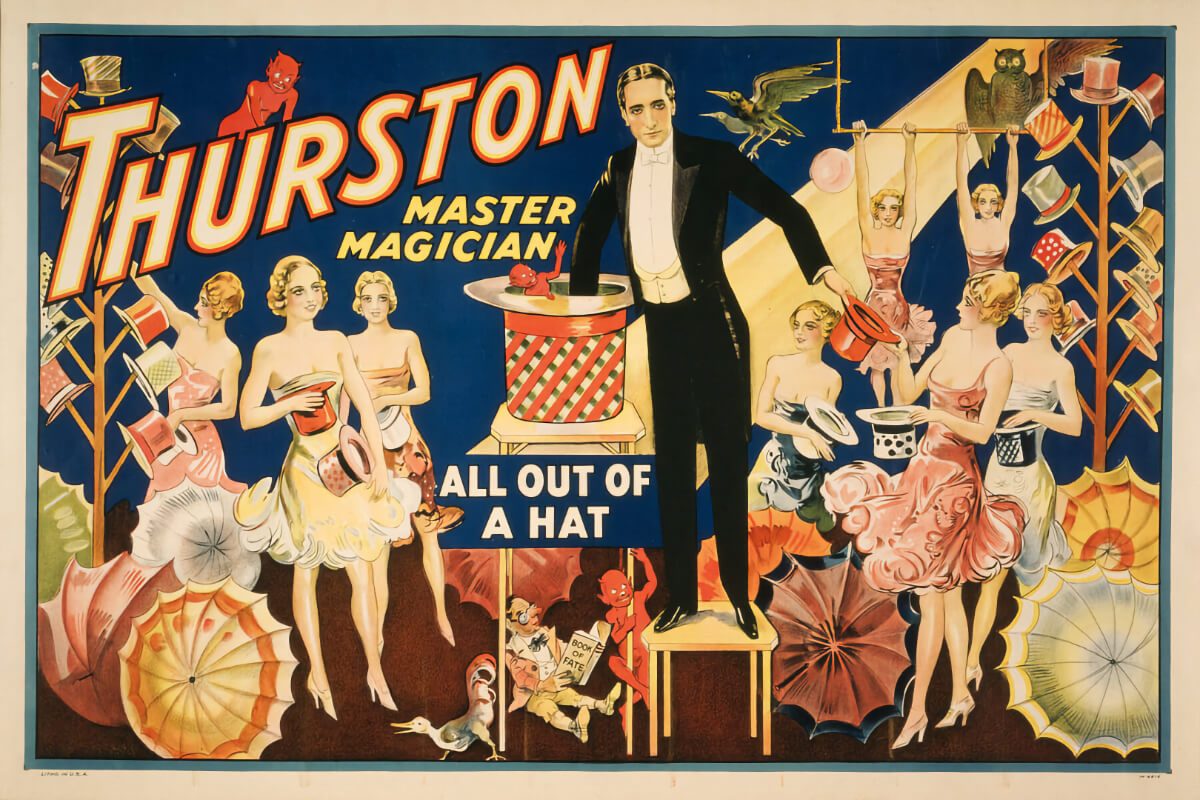 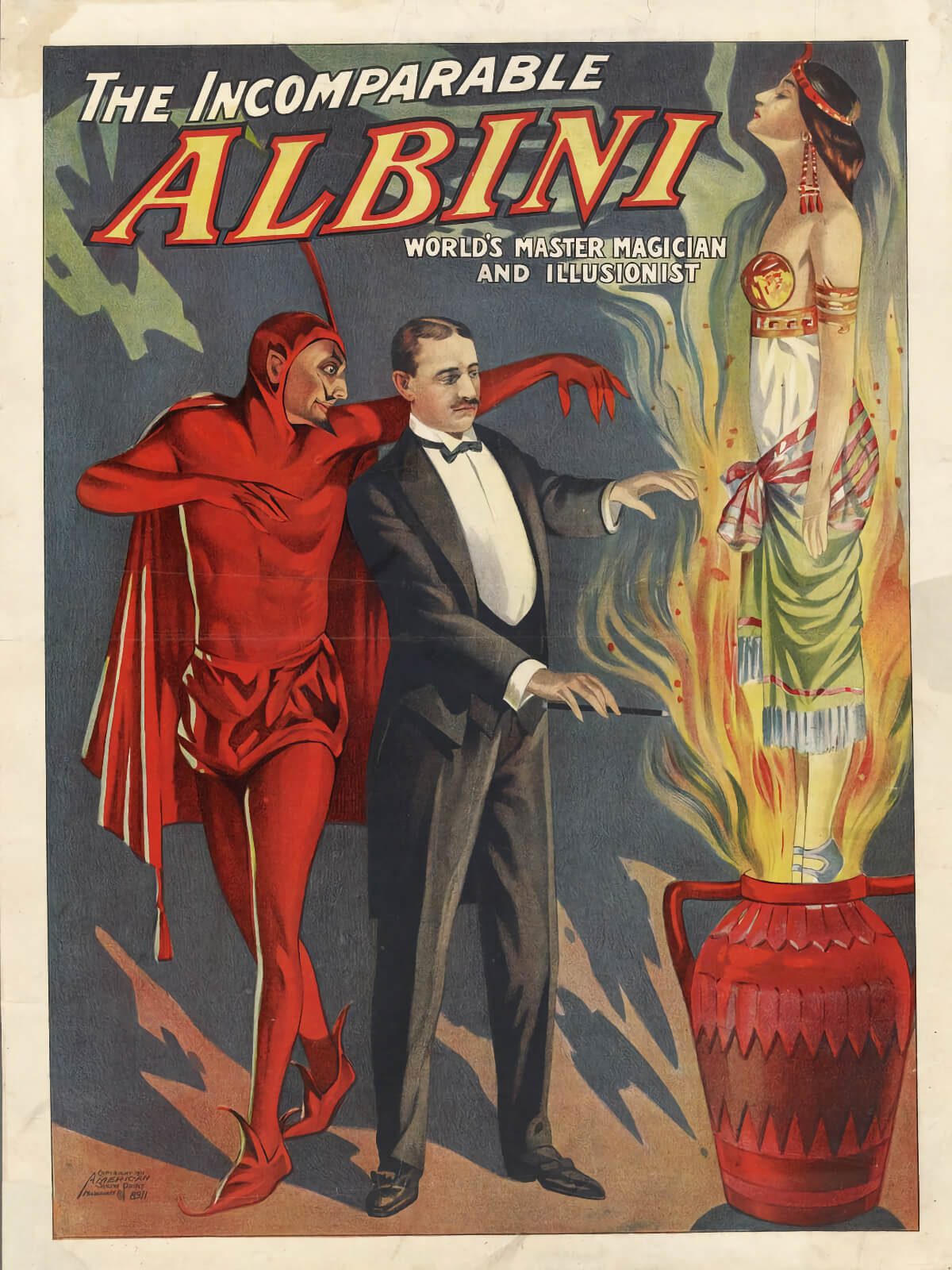 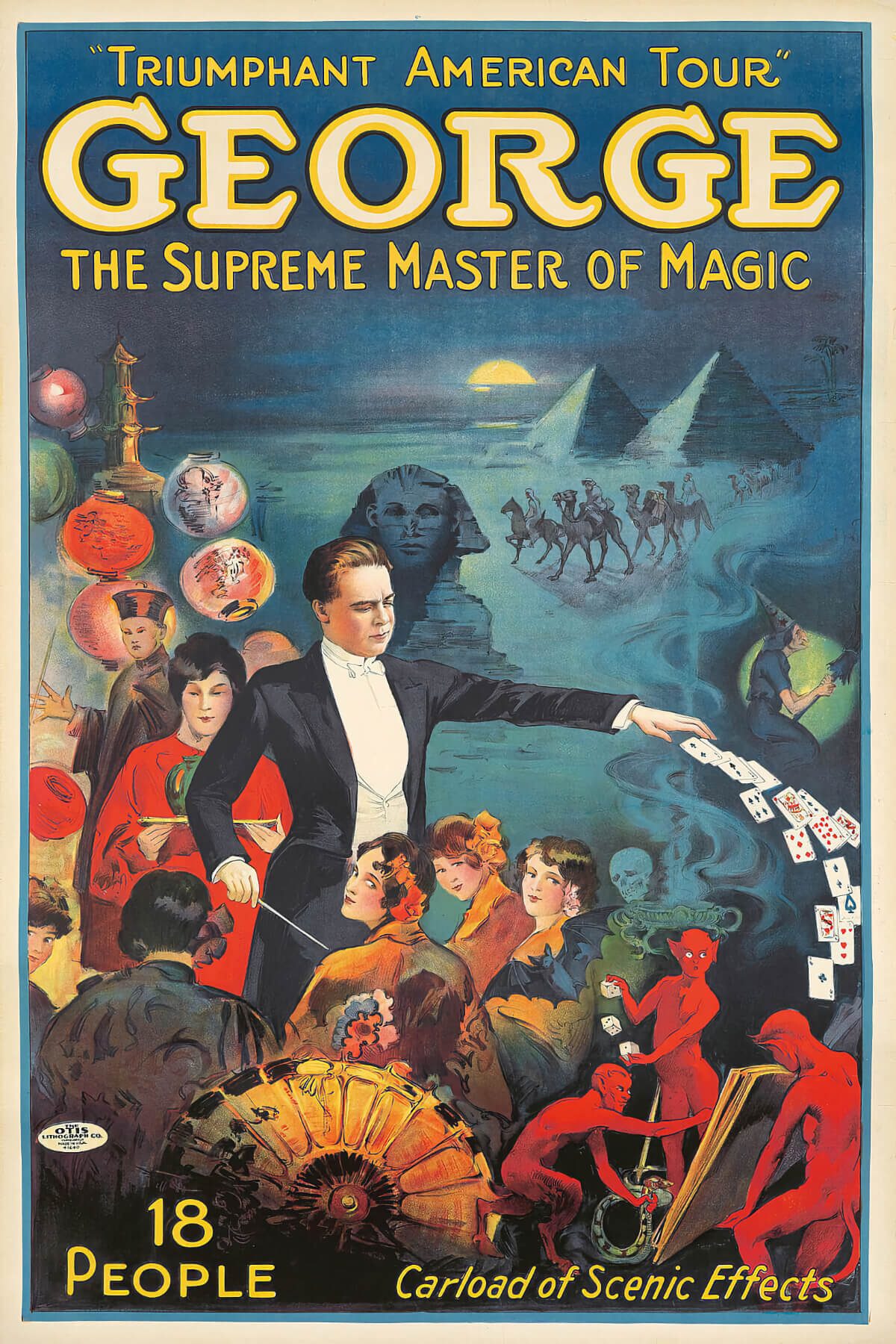 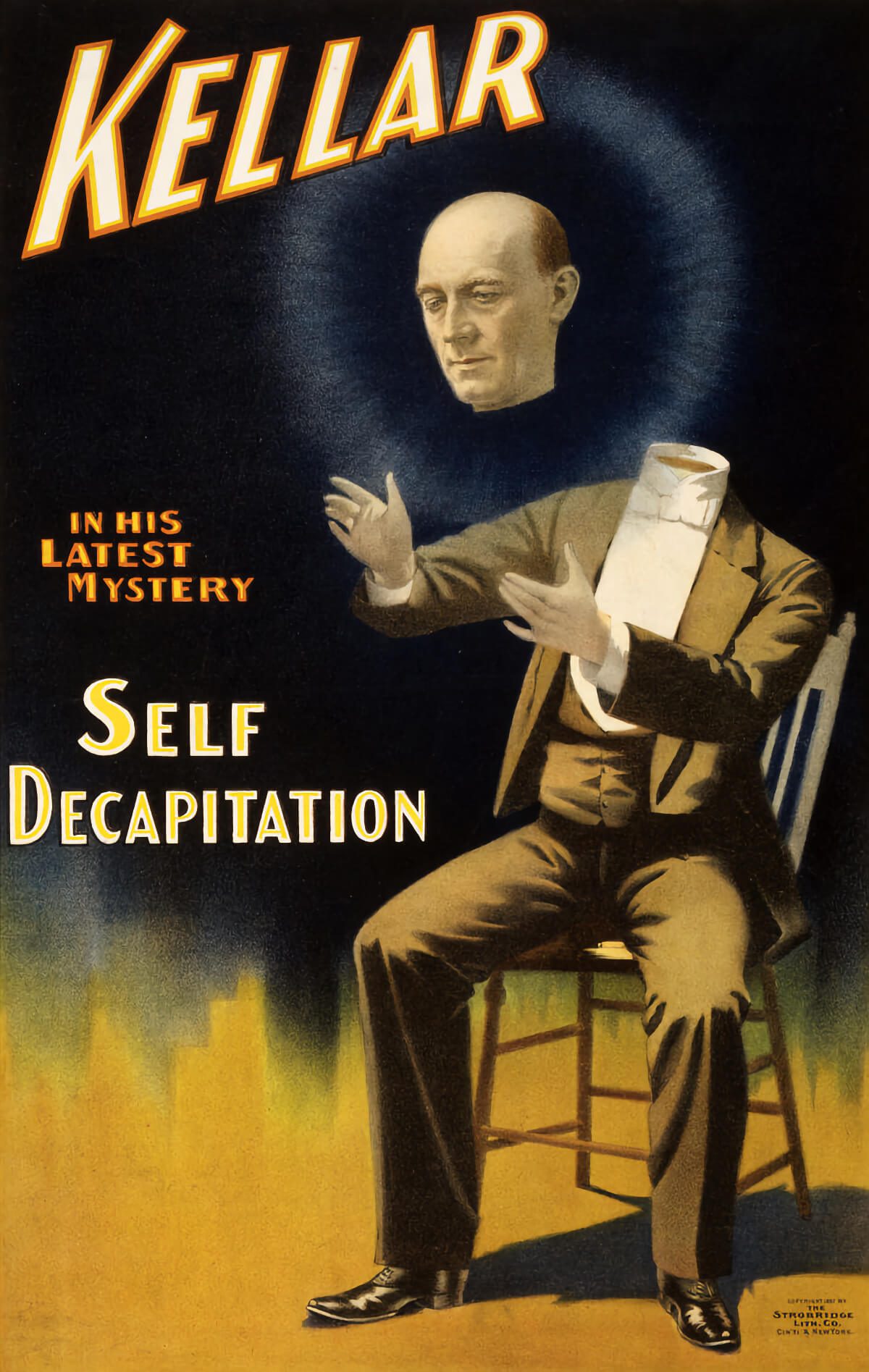 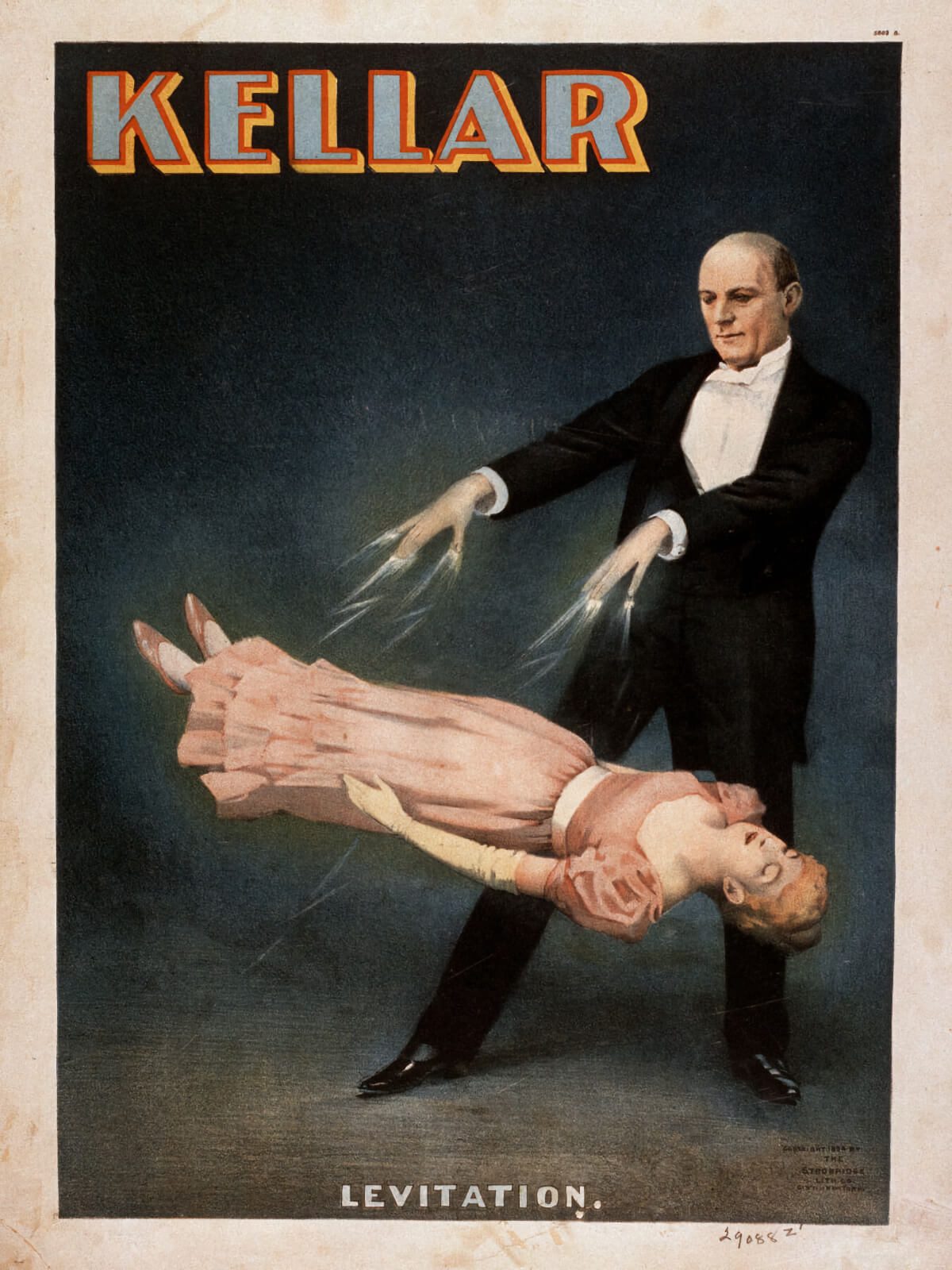 Sign up to our free newsletter for a weekly pick-me-up and discounts in the shop – www.flashbakshop.com.