This manga story ‘A Dream To Have In Heaven’ by Maki Sasaki appeared in the November 1967 issue of Japan’s Garo, a monthly manga anthology magazine, founded in 1964 by Katsuichi Nagai (1921 – 1996). It specialized in alternative, experimental and avant-garde manga until it ceased publication in 2002.

As Miranda Remington notes, at its founding Garo featured the work of Sampei Shirato (1932 – 2021), the artist and writer known for introducing gekiga, a darker style of comics aimed at adults that came to dominate manga in the 1960s and 1970s.

Established as an alternative to the status quo and conservative narratives, Garo recruited more gekiga artists, such as Yoshiharu Tsuge, Yoshihiro Tatsumi, and Shigeru Mizuki. Garo was among the first magazines to publish the work of female manga artists. In 1965, Kuniko Tsurita became the first woman to publish comics in the organ. 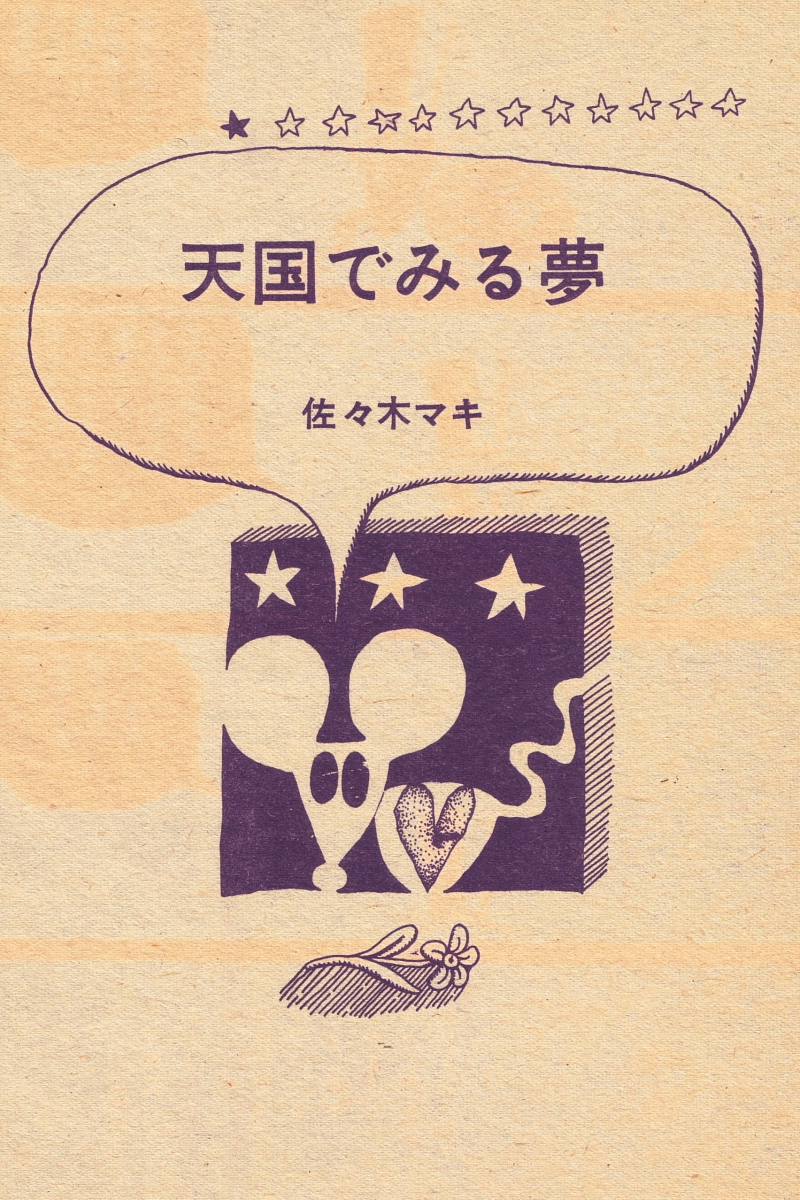 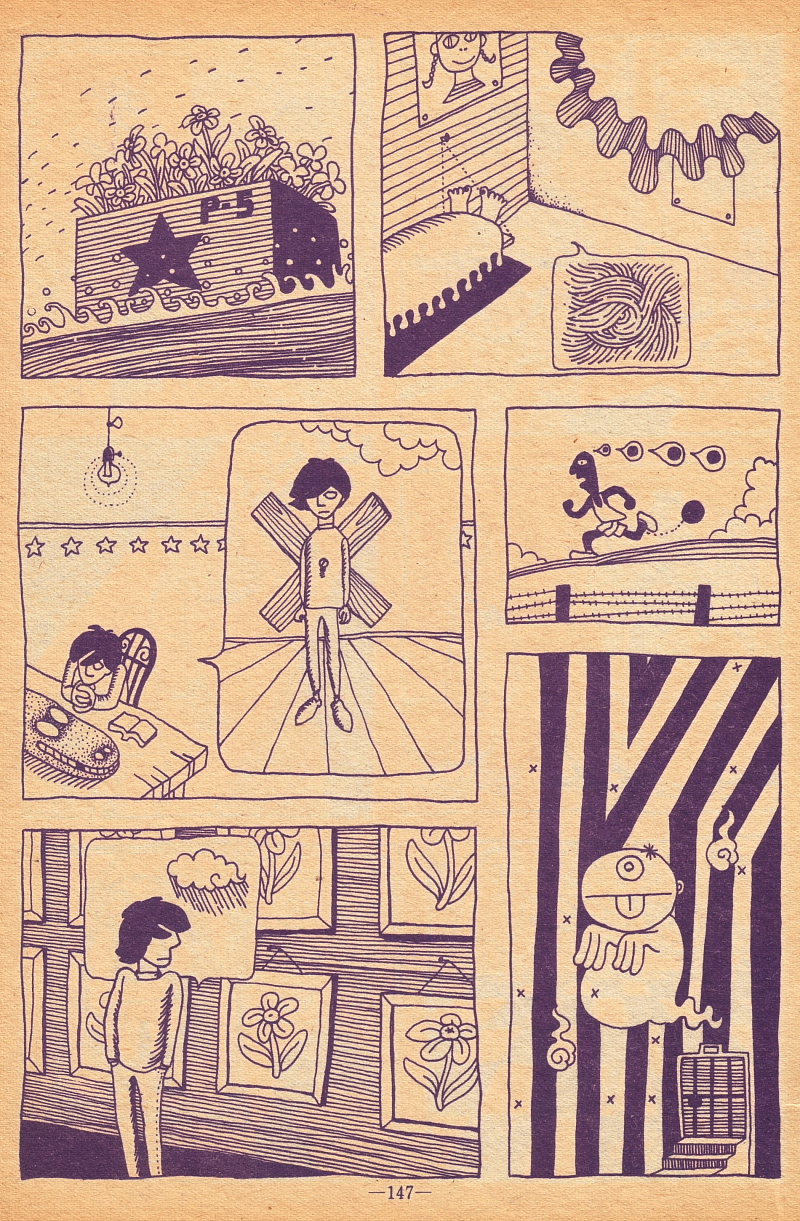 Most manga publishing at the time was initially based on loaned books, earning manga the epithet of “rental comics.” Publications for loan initially consisted of slapped-together books with similar plots and, as rental comics flourished, piracy became rampant, publication times grew indefinite, and books were often hacked together with a combination of new and old material, leading to a subpar reading experience. Against this current, manga magazines proved to be a more standardized form of publication, gradually pushing out rental publications. This growth allowed Shirato to fund and set up a publishing company, Seirindo, with Katsuichi Nagai, and publish a magazine, Garo, a publication born out of the genes of leftist thought. Garo was destined to become a centerpiece of the student movements of the 1960s and early 70s, continuing manga’s expansion into new and unexplored realms… 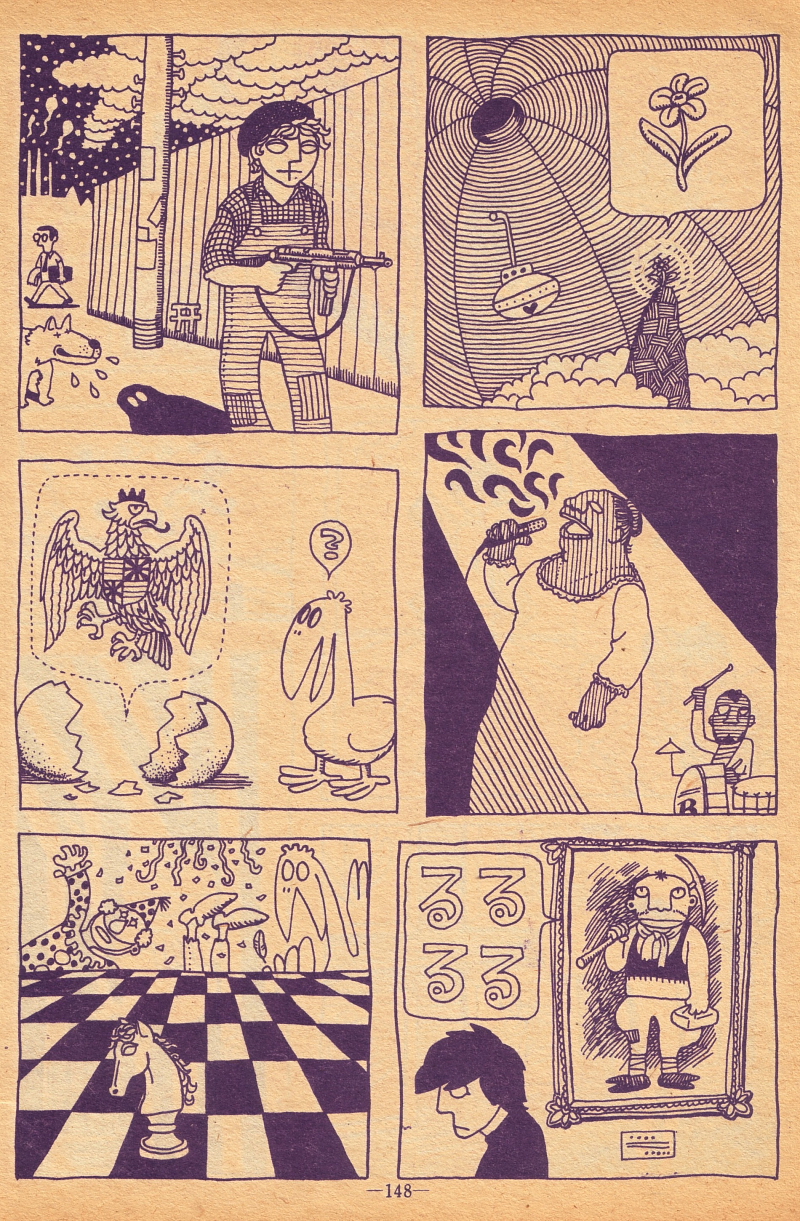 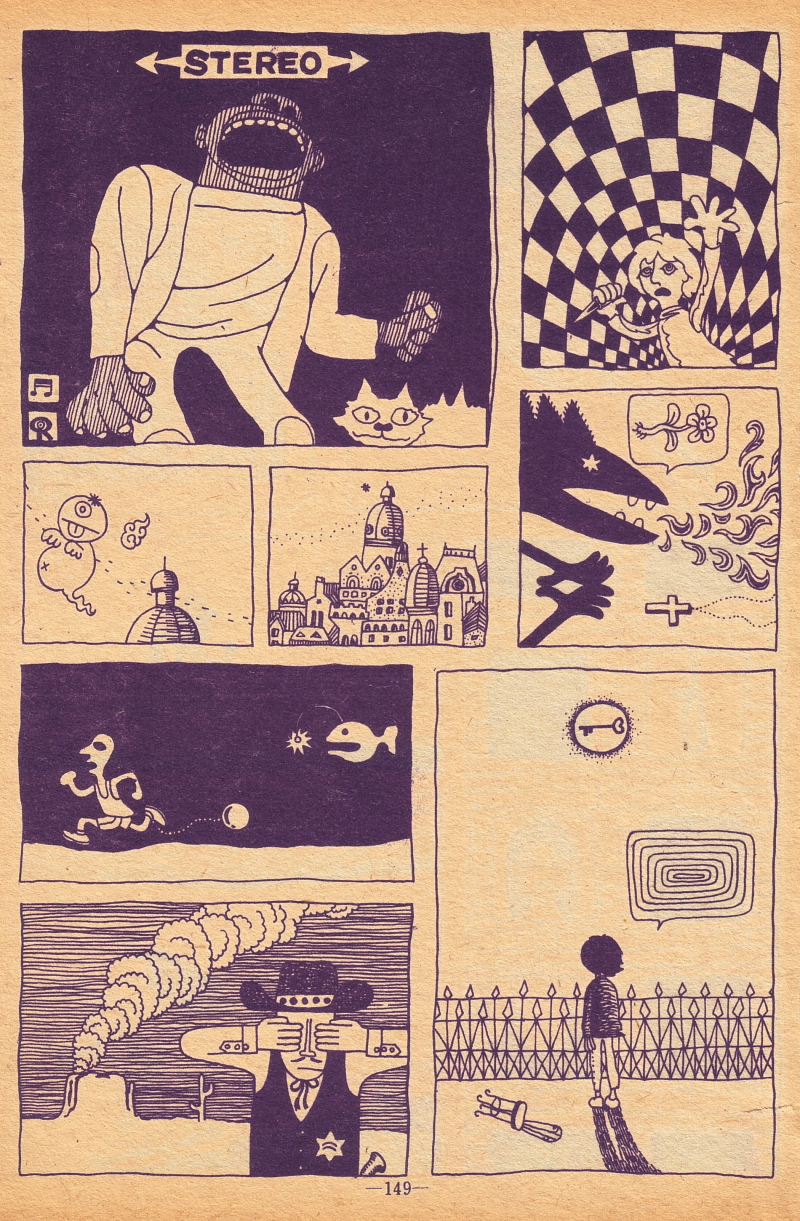 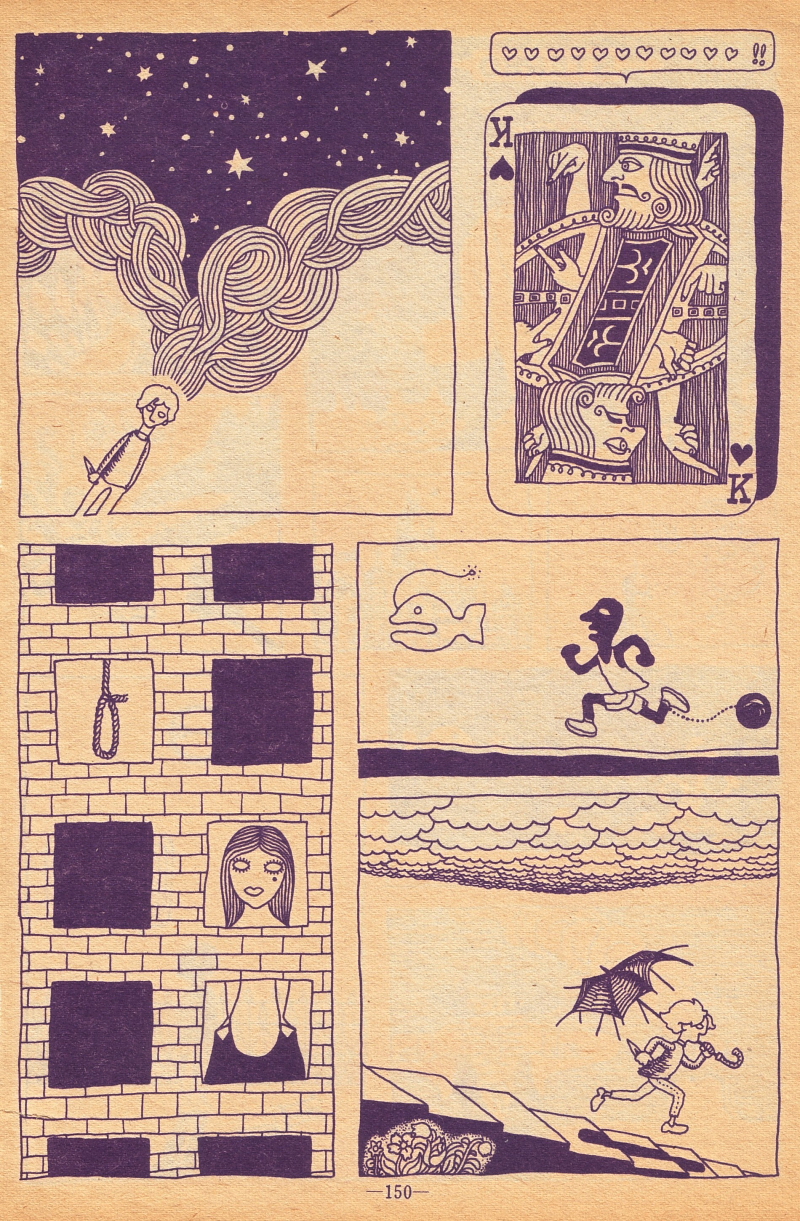 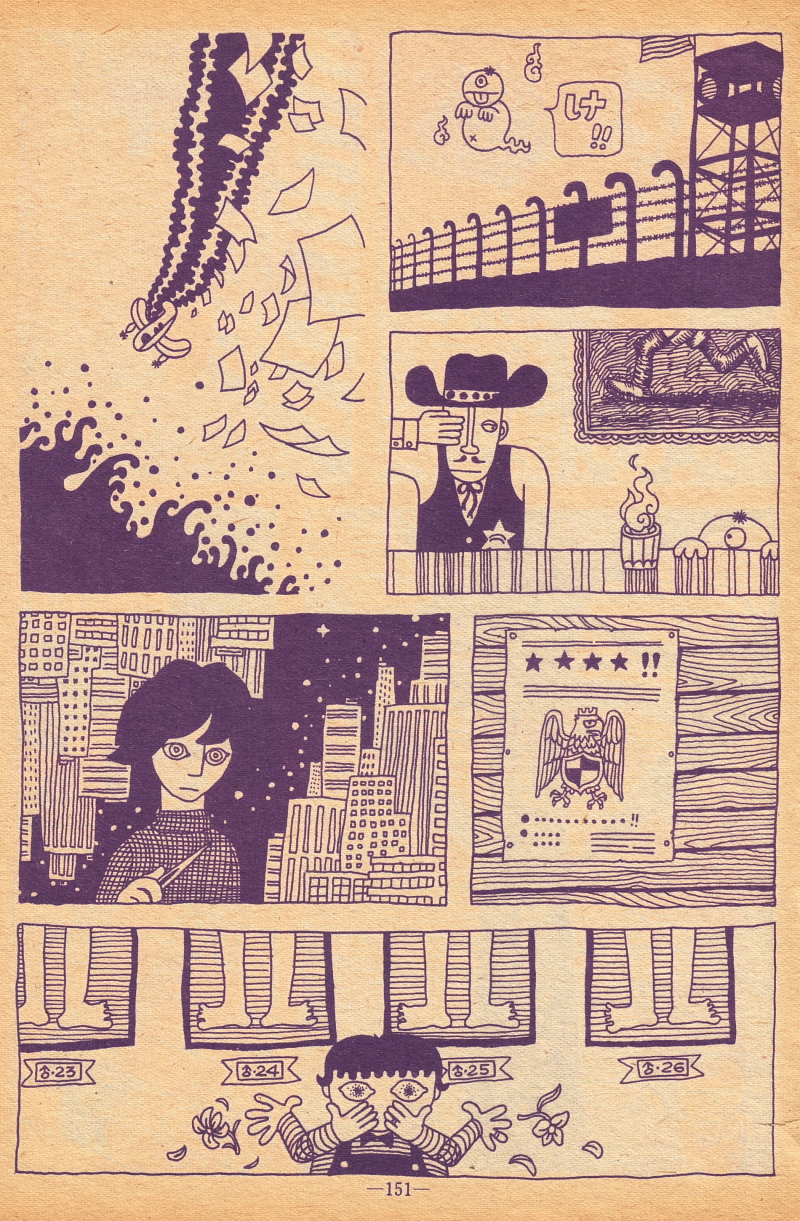 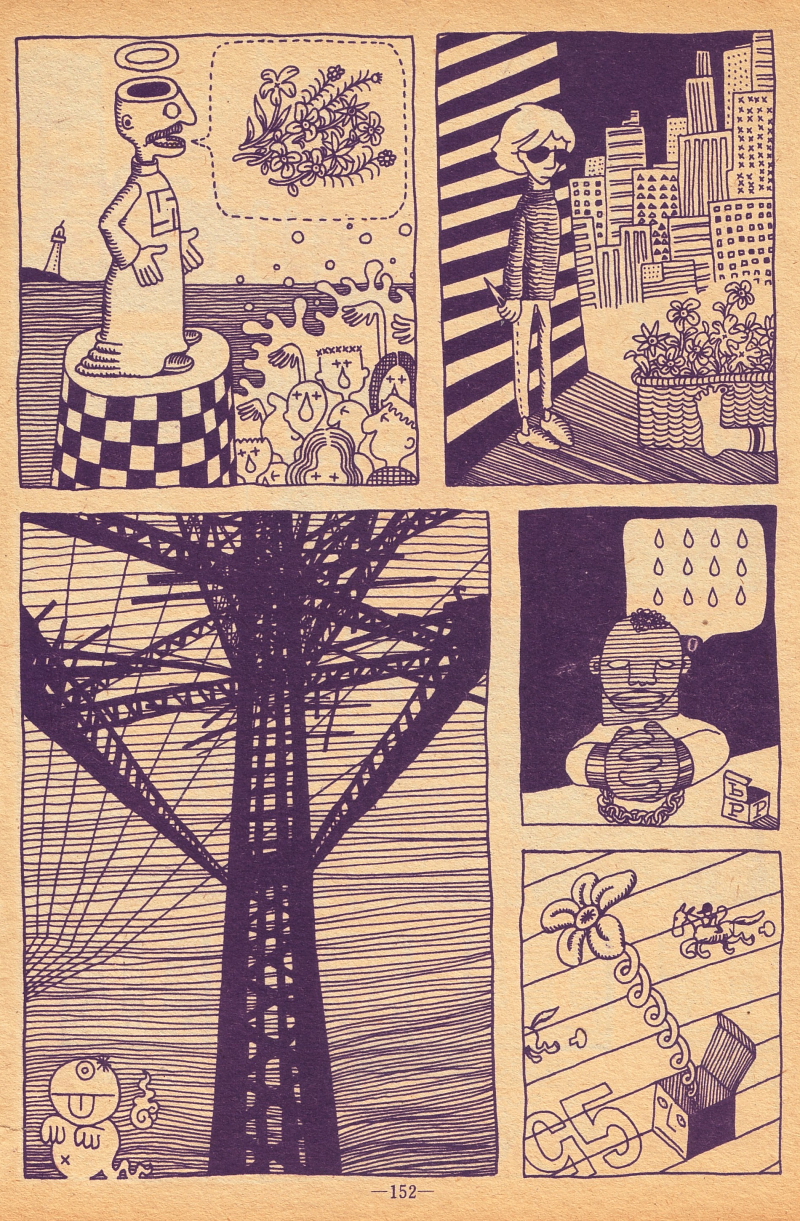 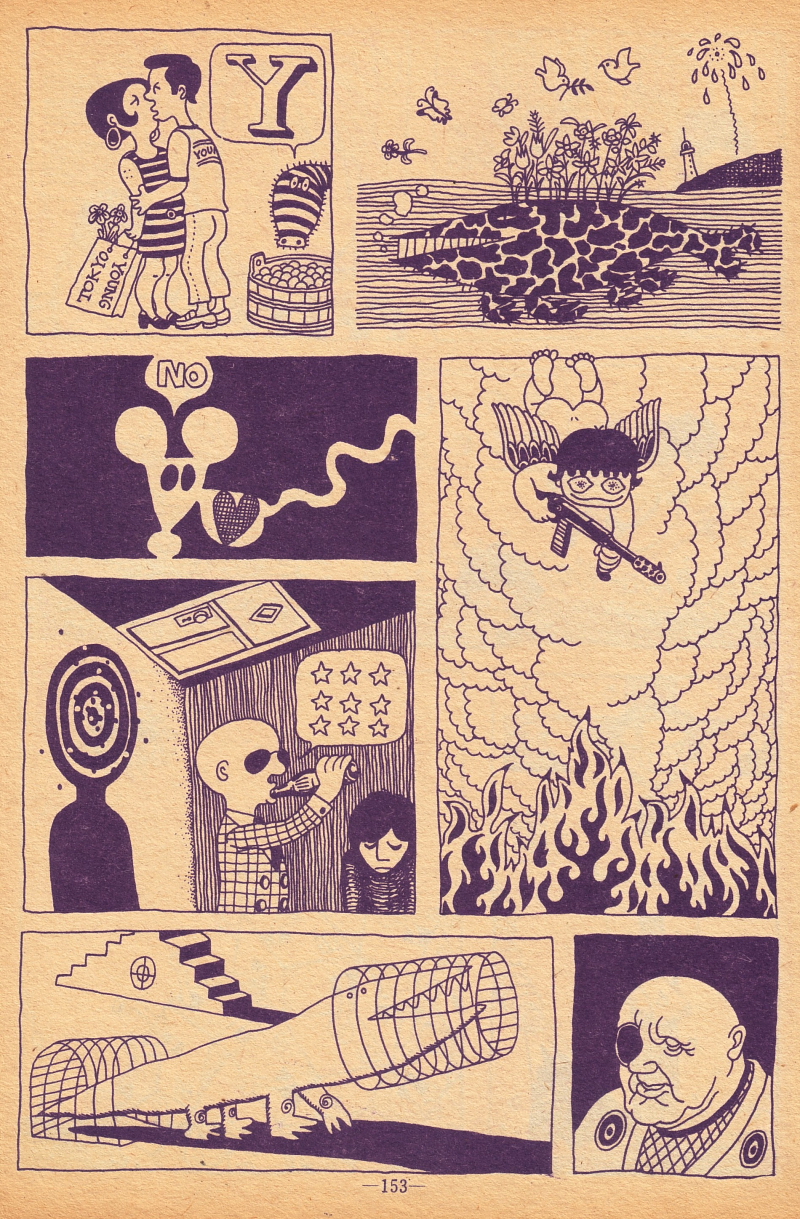 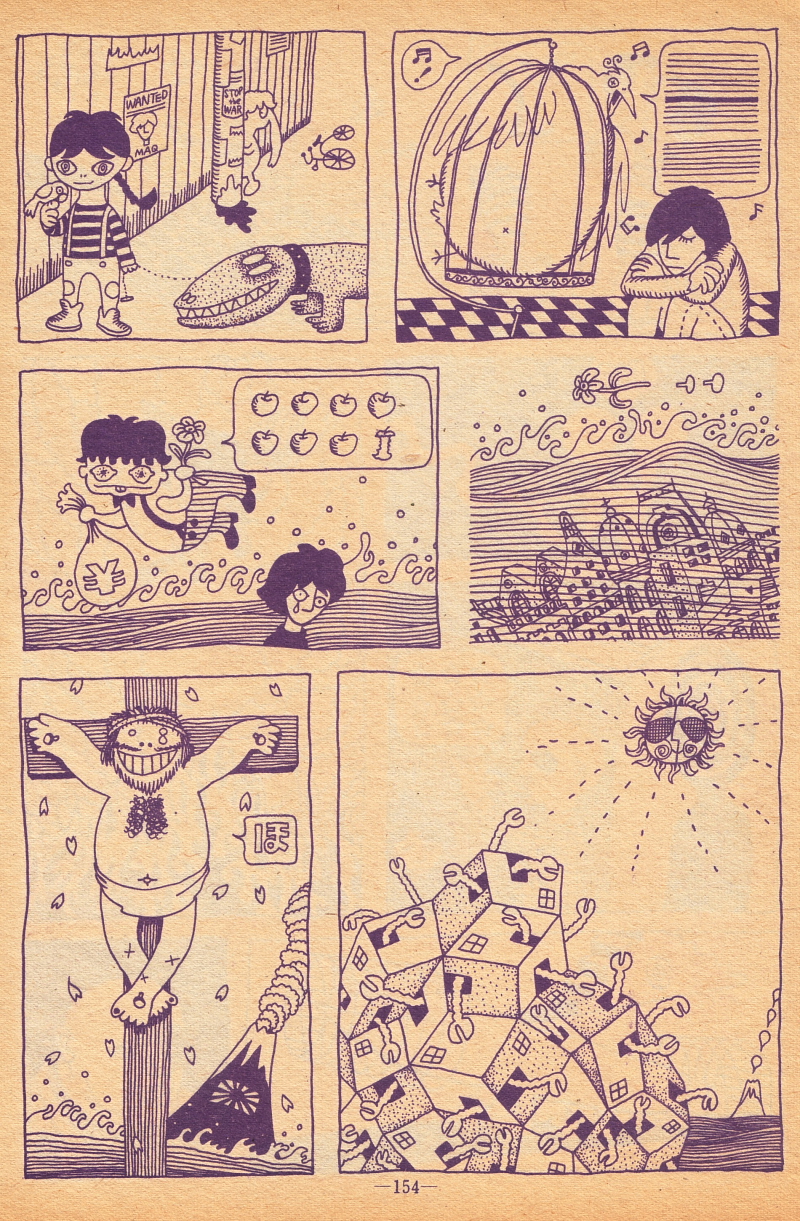 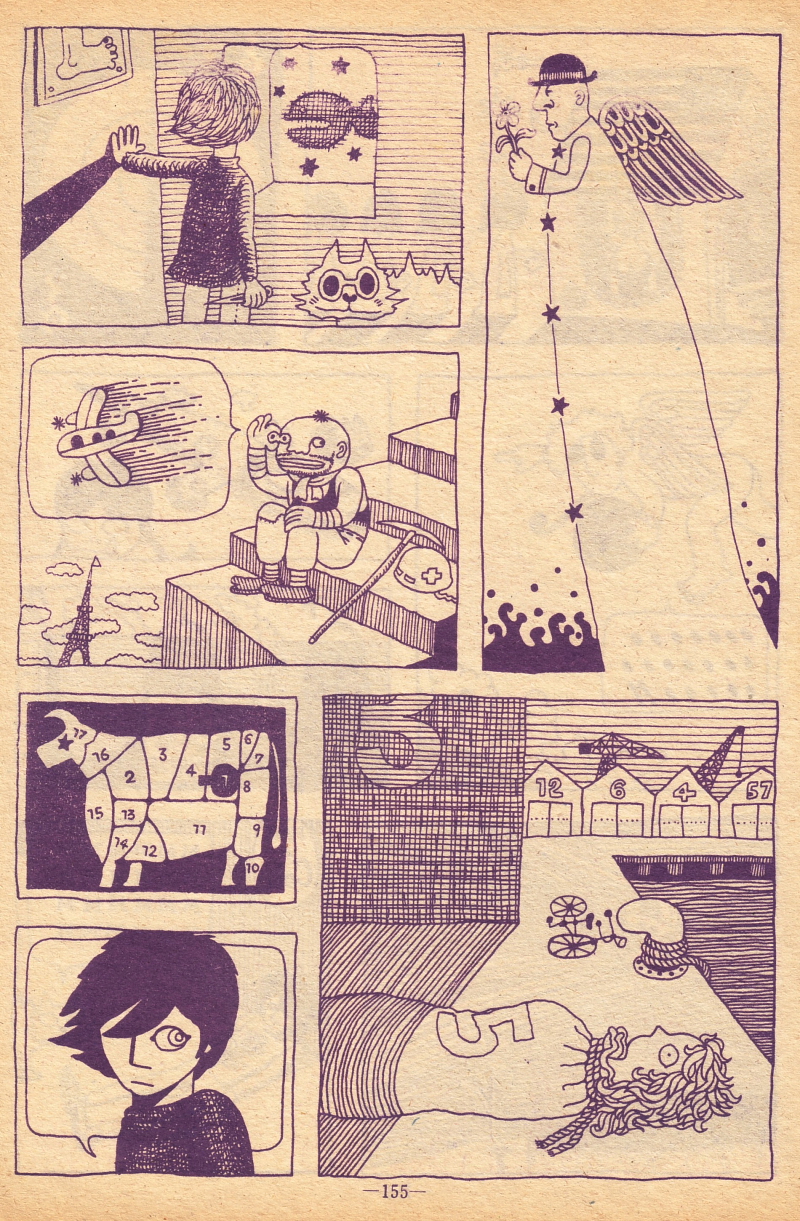 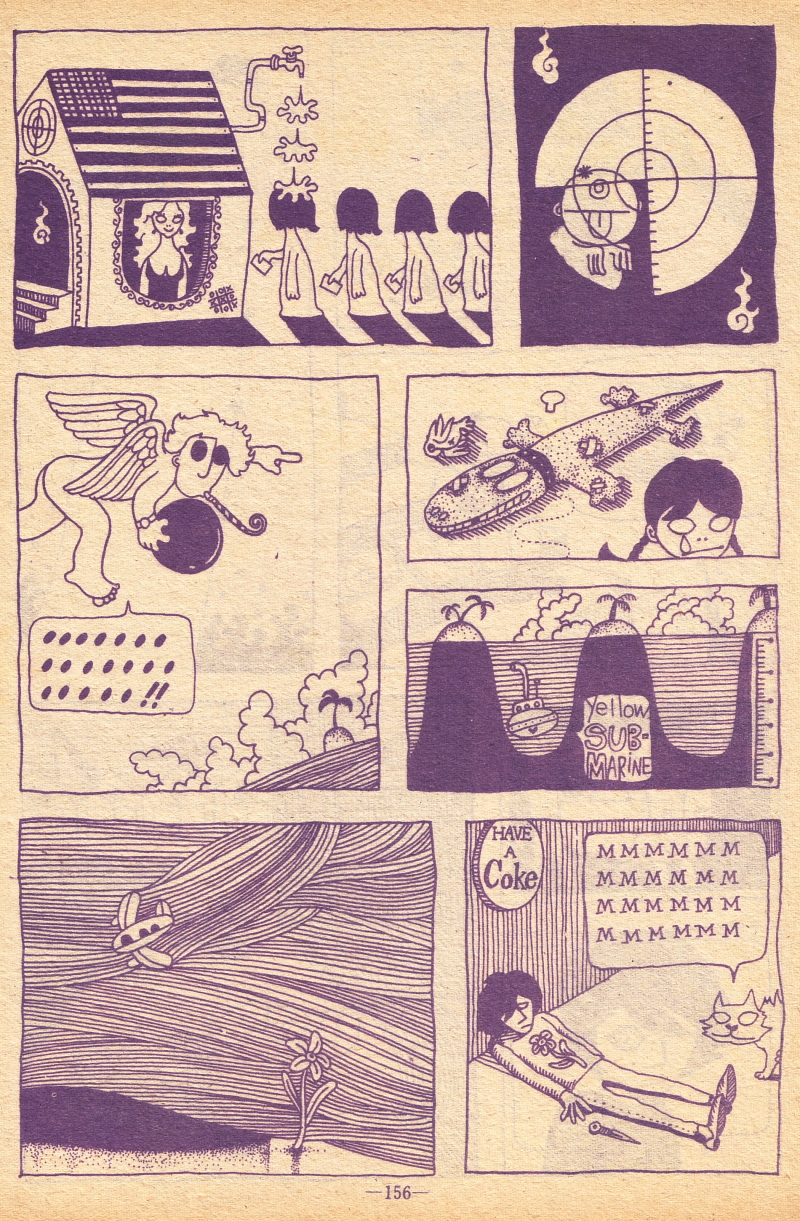 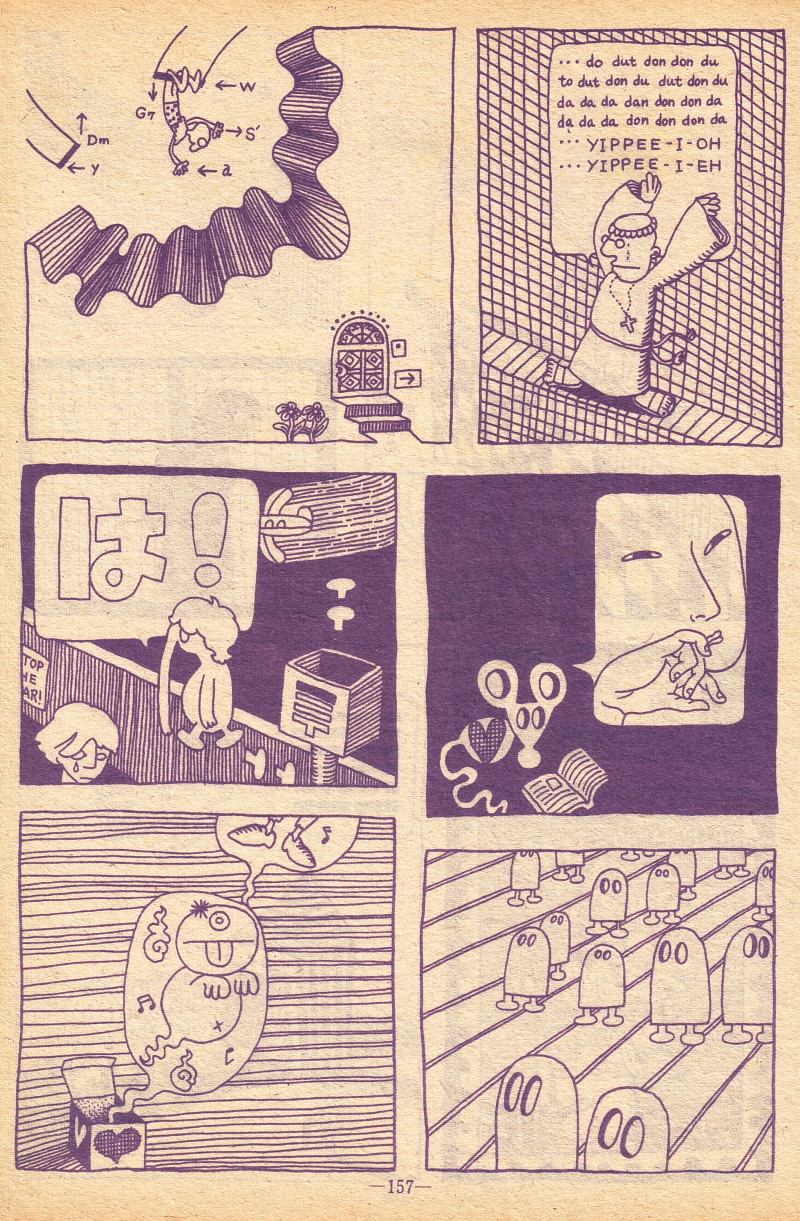 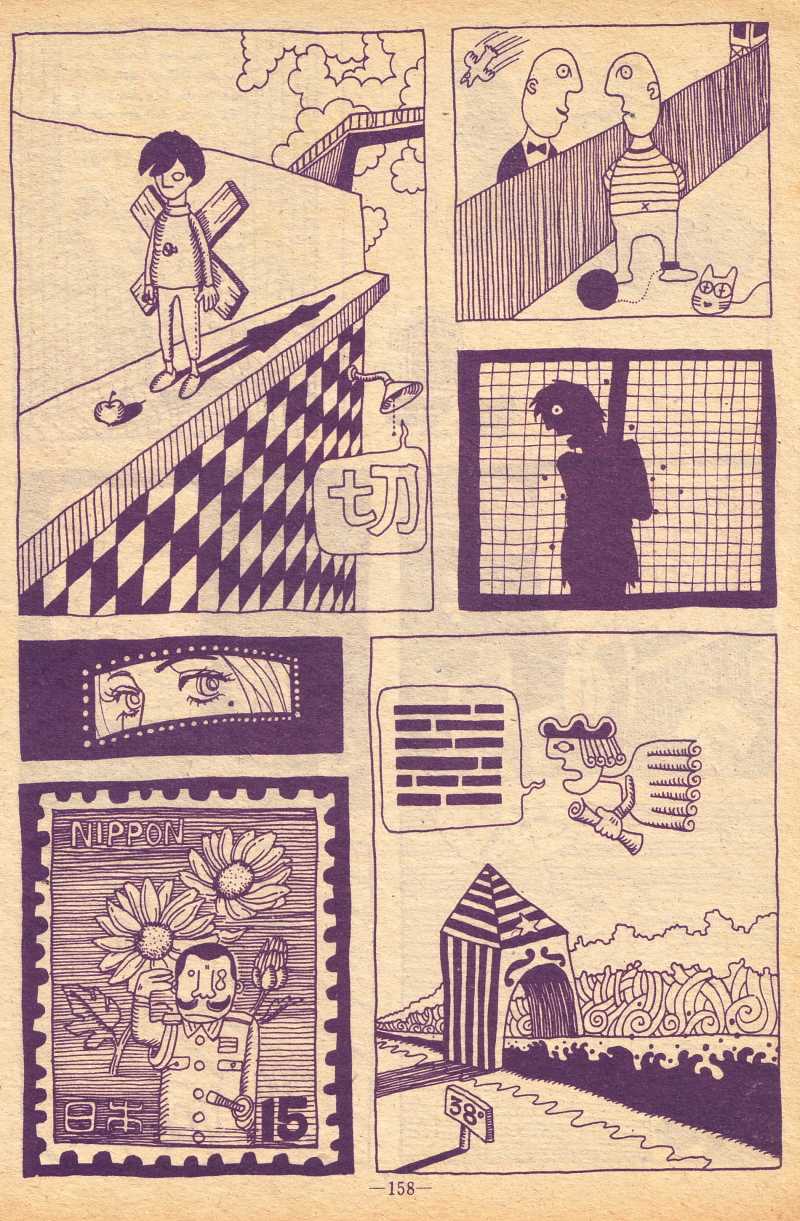 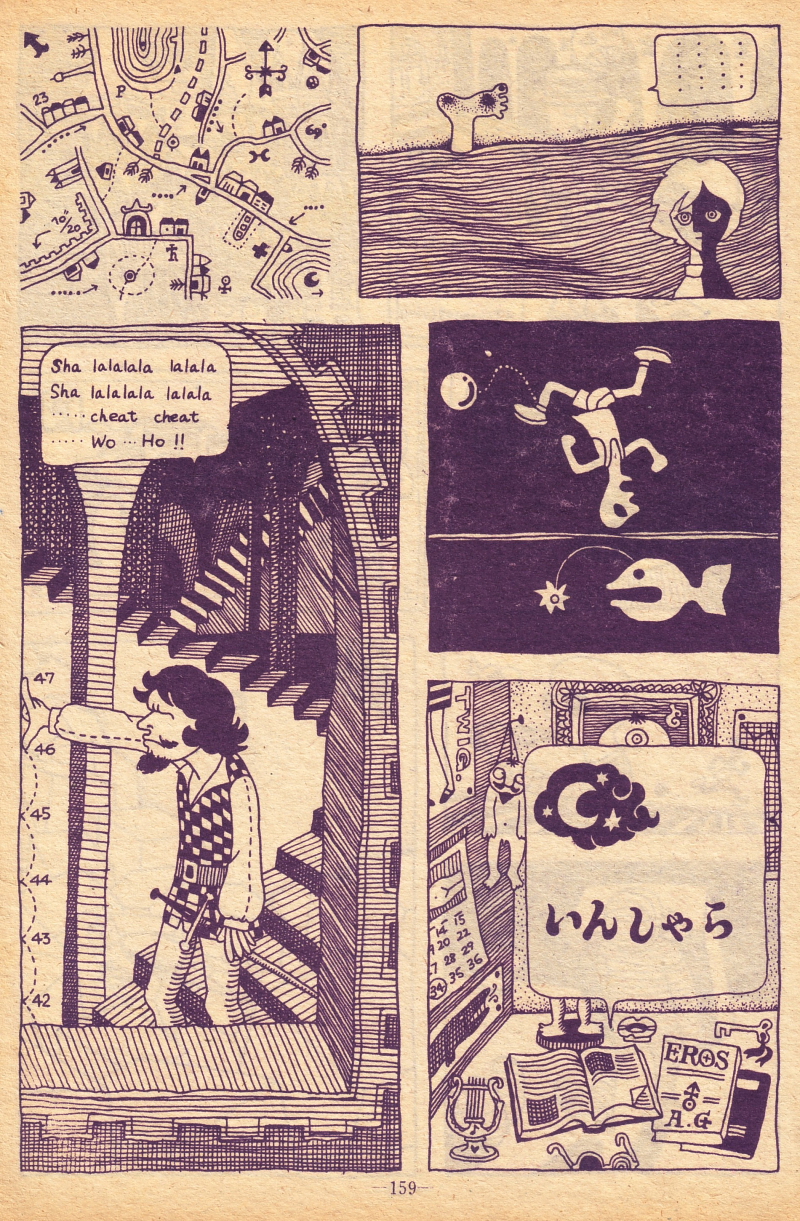 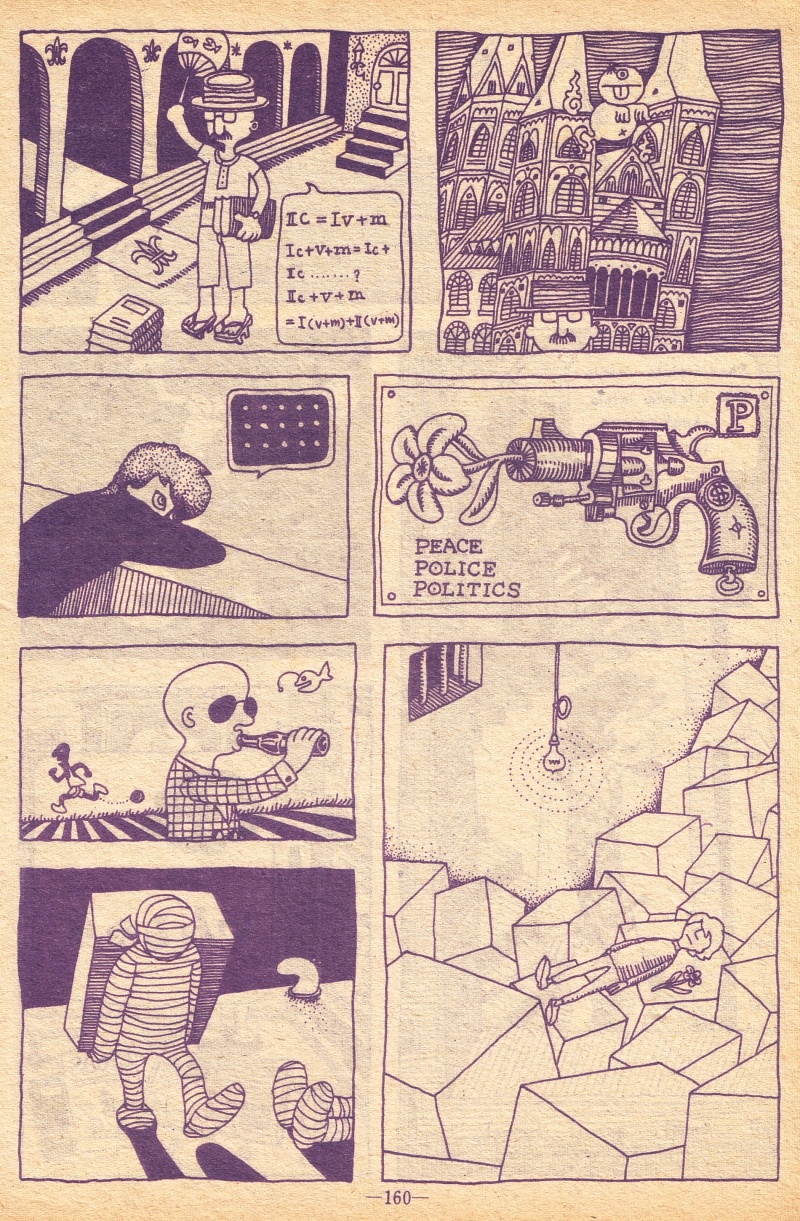 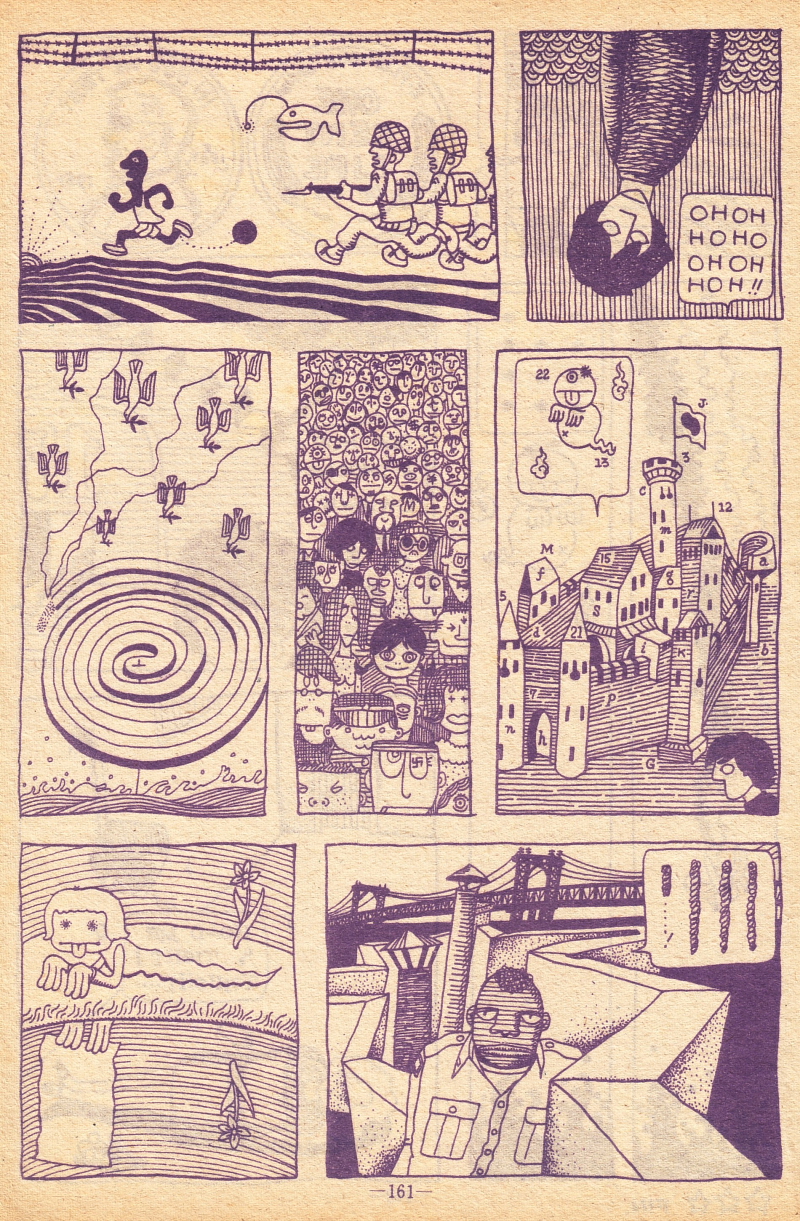 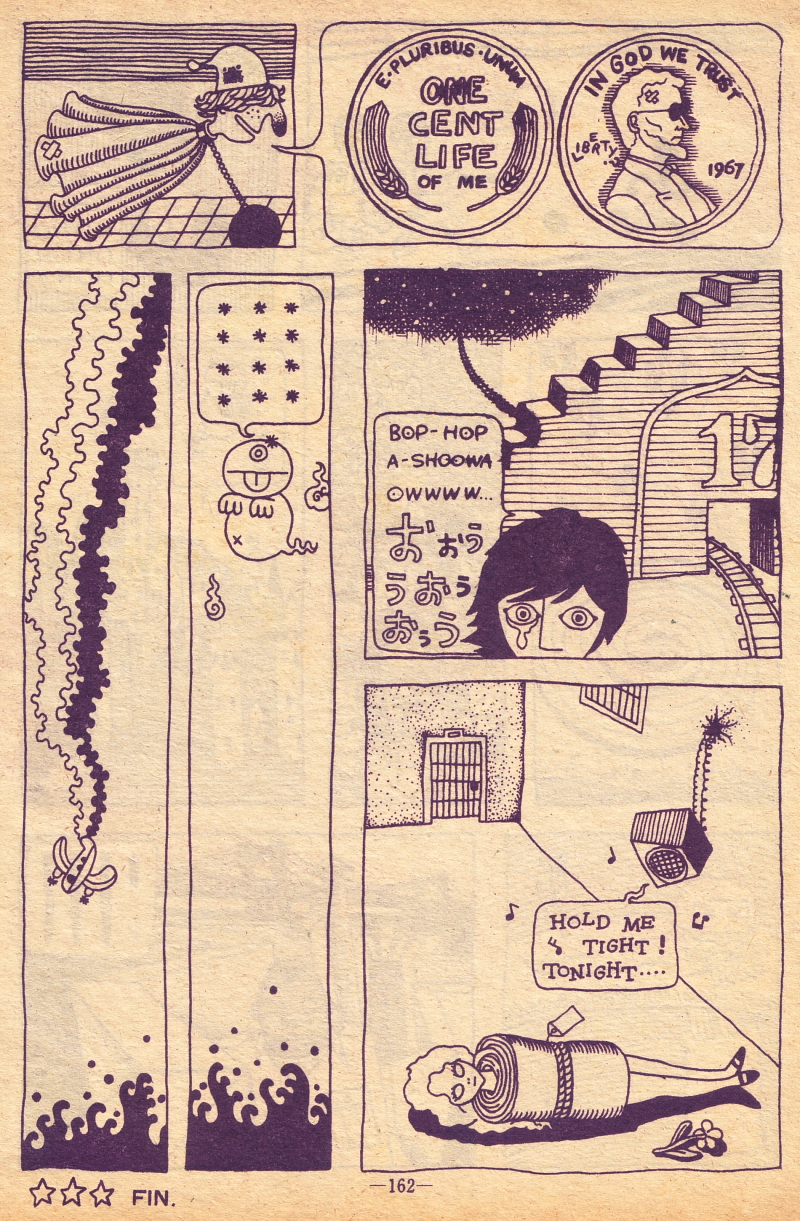