Between 1917 and 1920, visitors to New York could take in SS Recruit, aka Landship Recruit, a fully-rigged battleship marooned on Union Square. Built from wood by the US Navy, SS Recruit was a fully commissioned ship used as a recruitment and training center. Commanded by acting Captain C. F. Pierce and staffed by trainee sailors from Newport Training Station  (land sailors rise at six, scrub the decks, wash their clothes, and take shifts standing guard until 11pm), SS Recruit boasted a wireless station, six wooden versions of 14-inch (360 mm) guns, quarters for officers and doctors, shower baths, cabins for crew, and examination rooms to assess candidates.

The New York Times reported at the time that the “Landship” helped the U.S. Navy recruit 25,000 men or enough to crew twenty-eight Nevada-class battleships. It was also entertaining for citizens to experience the conditions of a sea fighter.

On March 17, 1920, Recruit was decommissioned. Soon after it was dismantled, and moved to Coney Island. 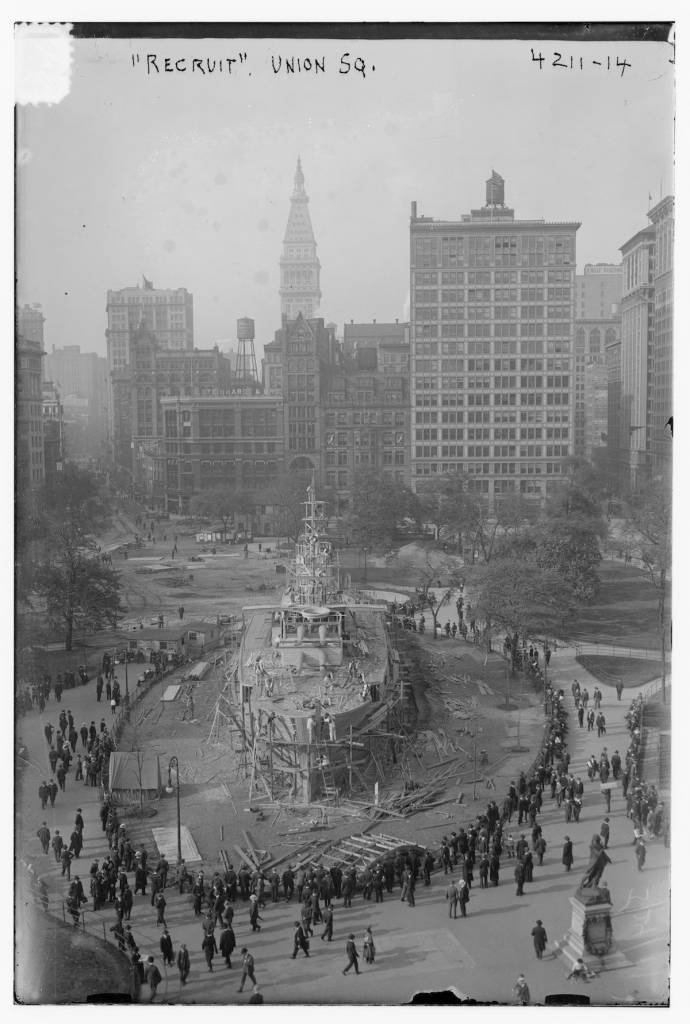 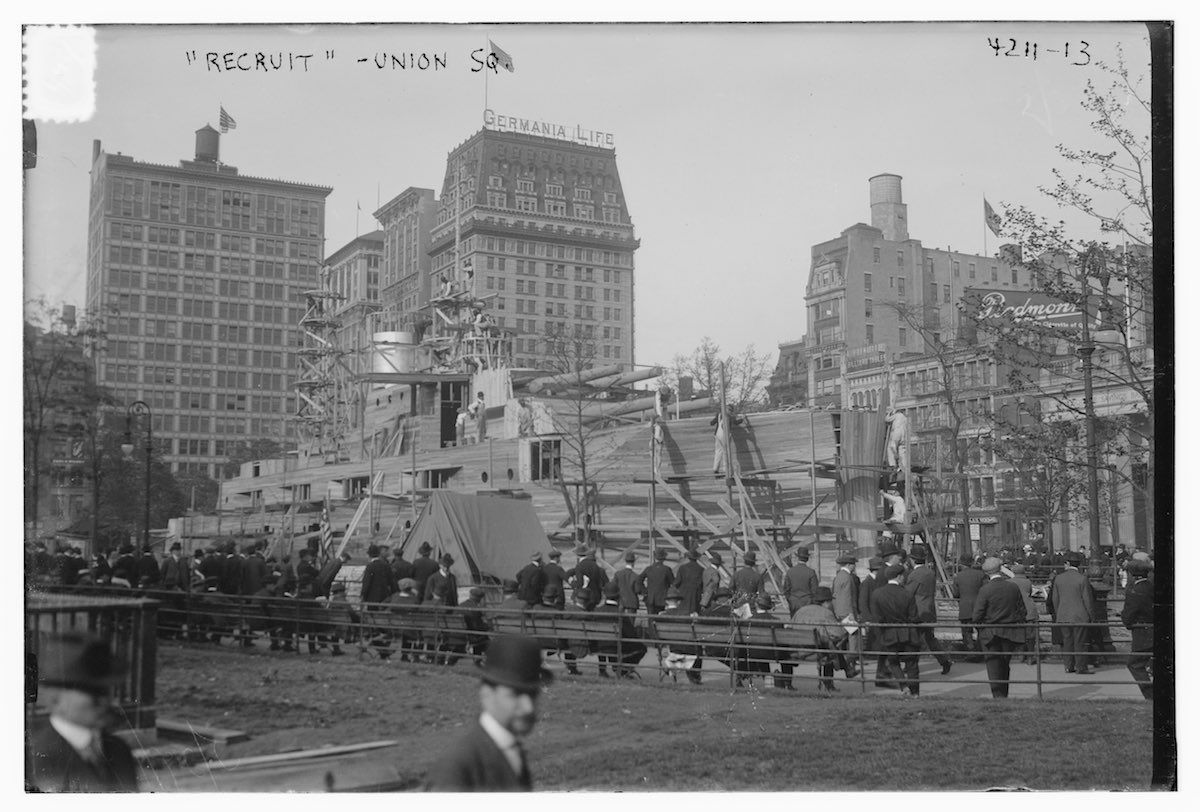 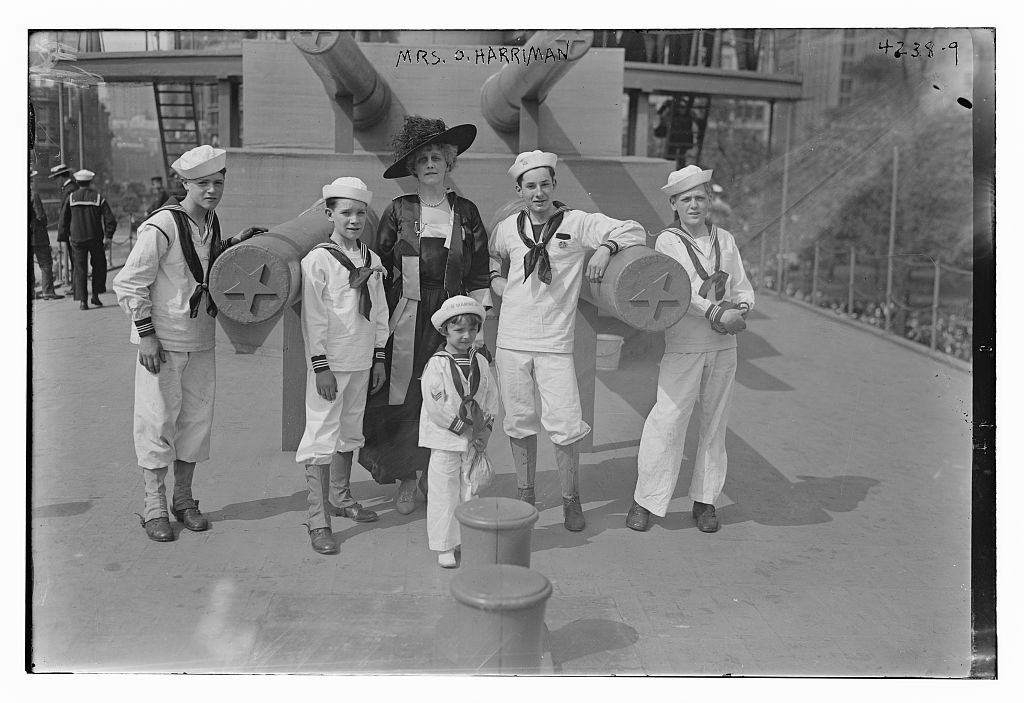 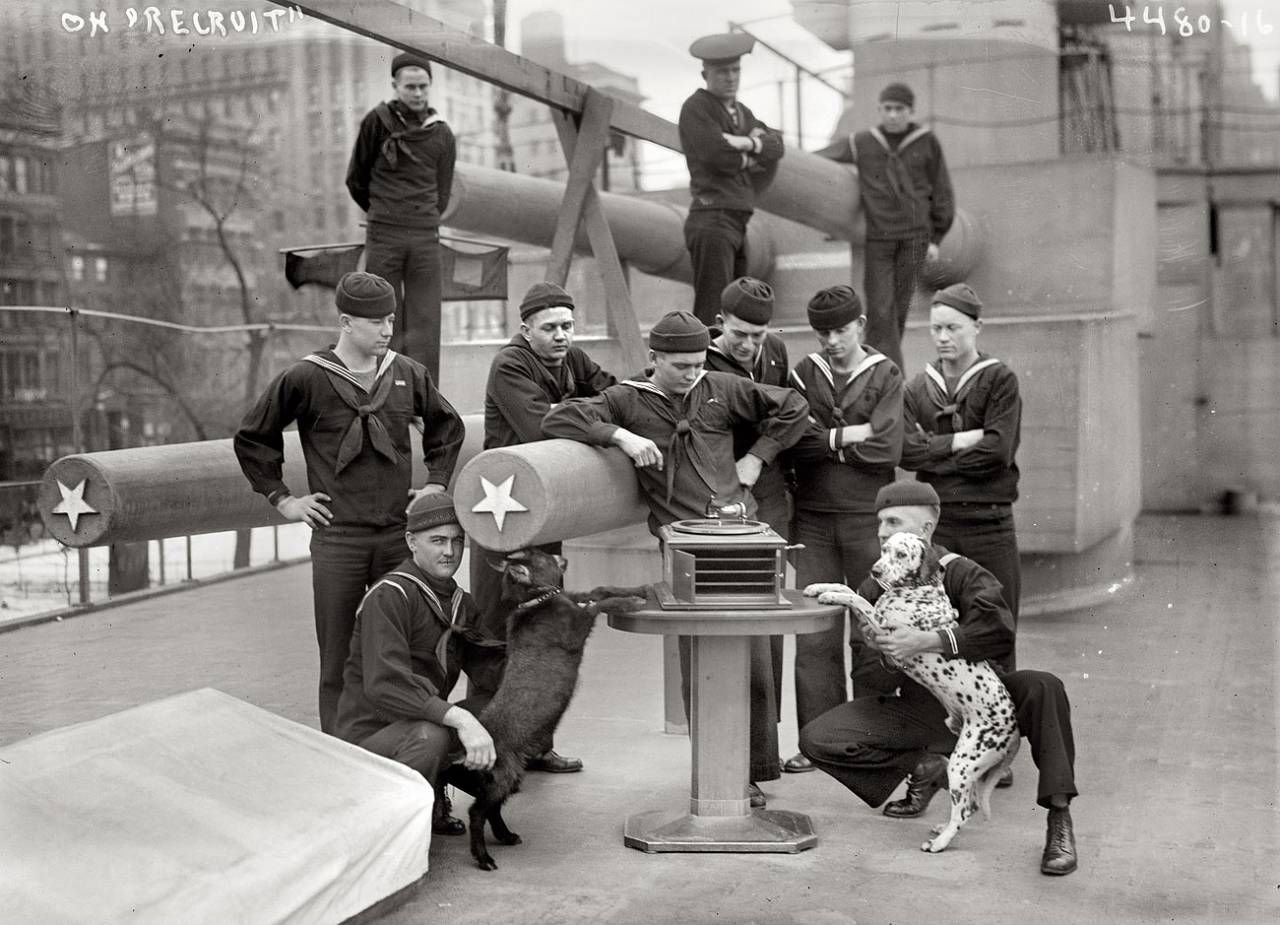 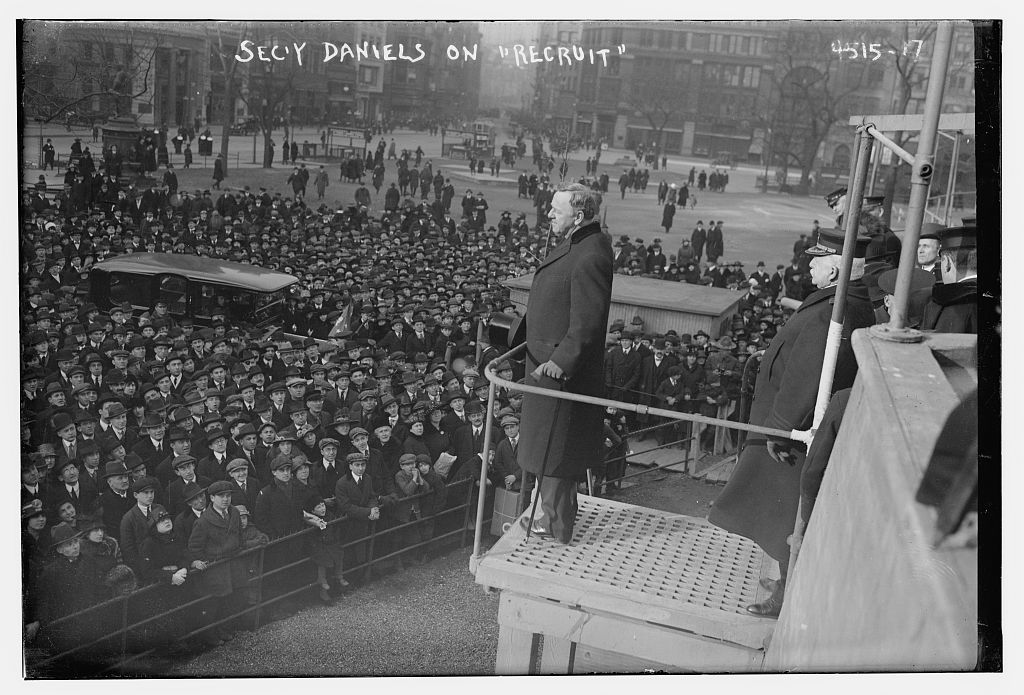 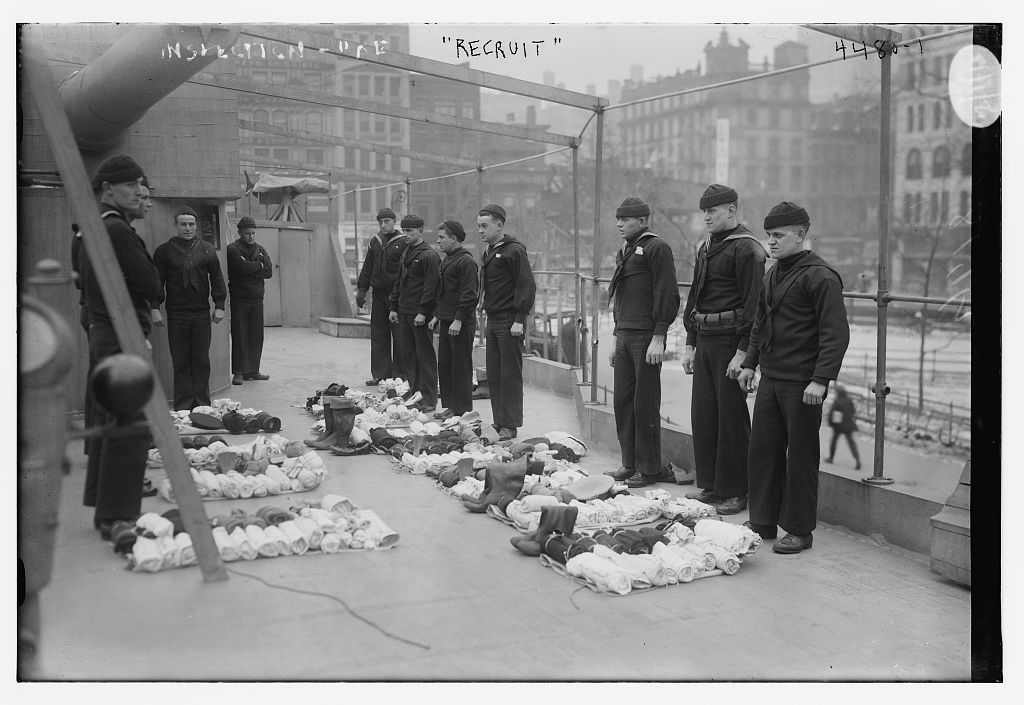 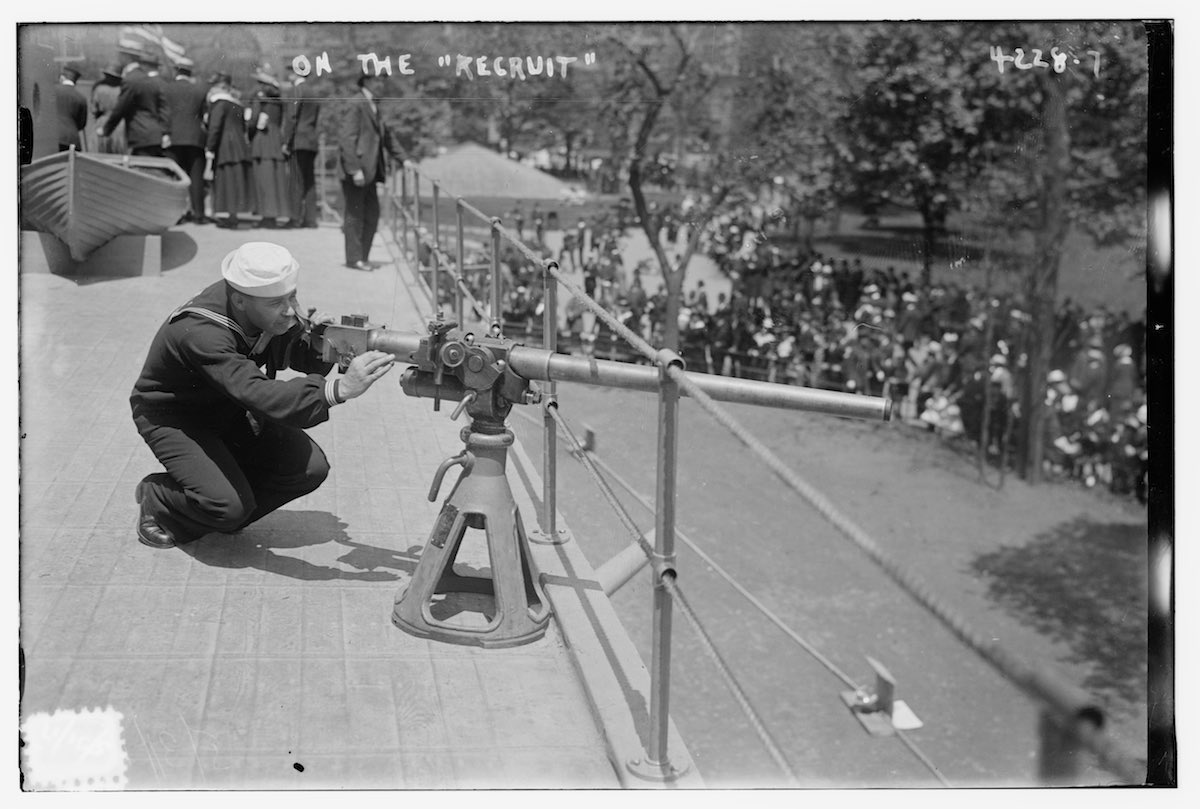 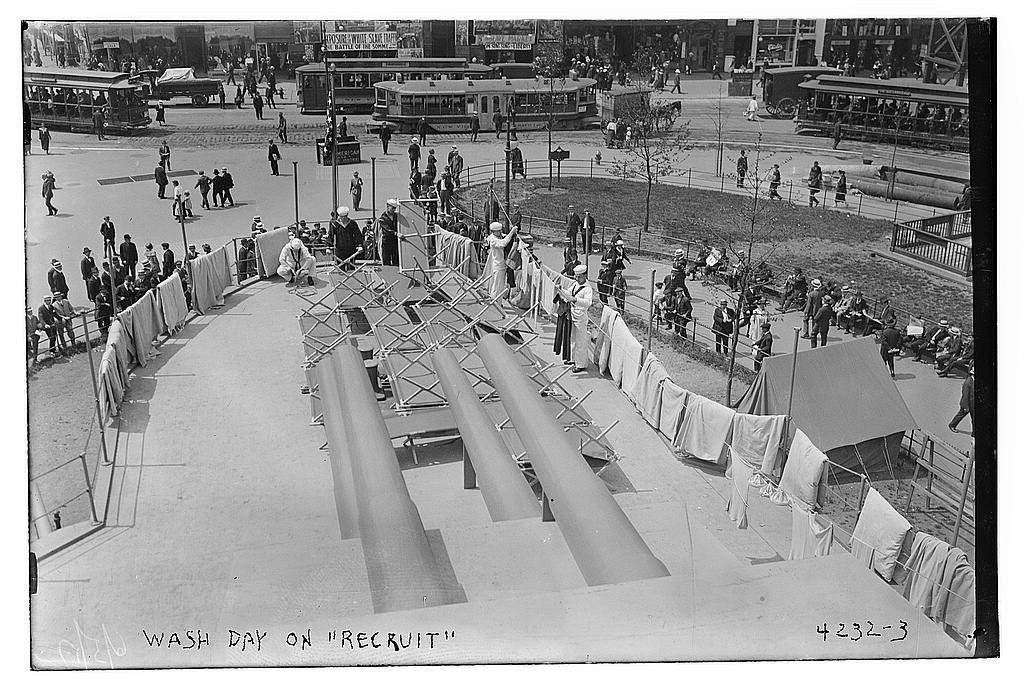 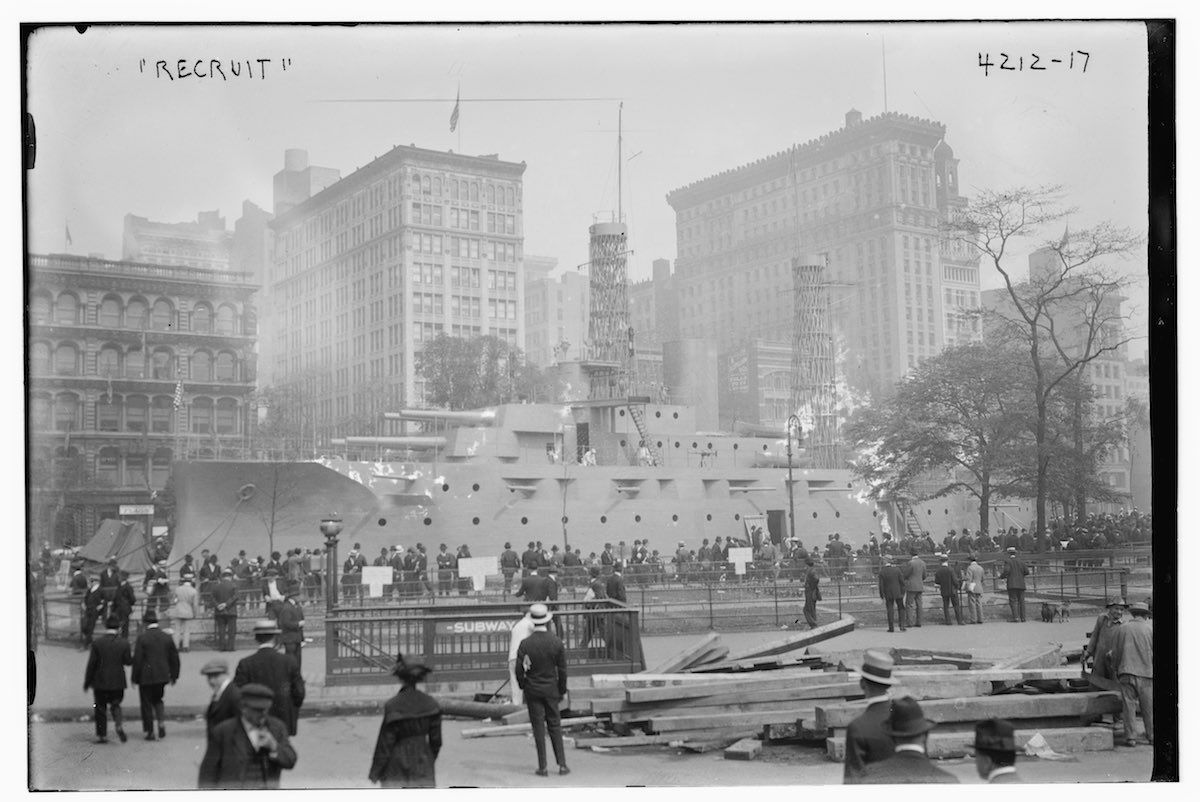 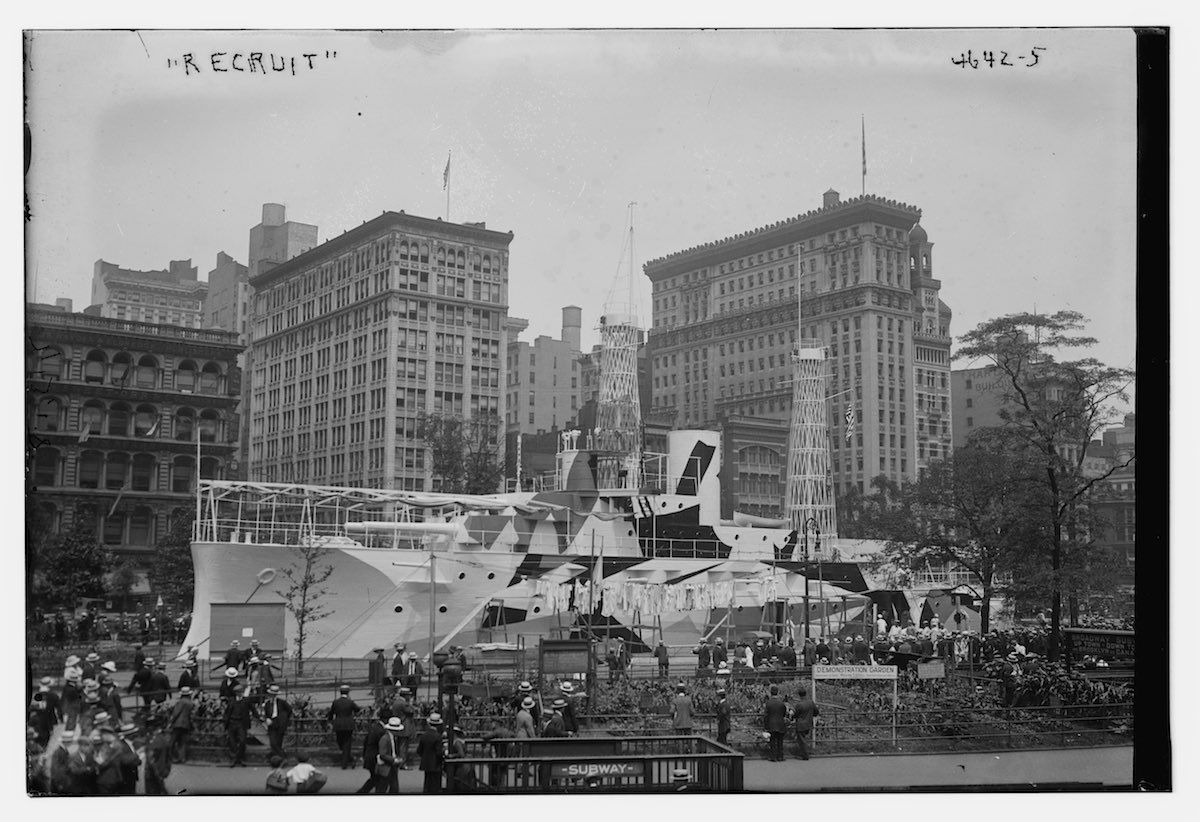 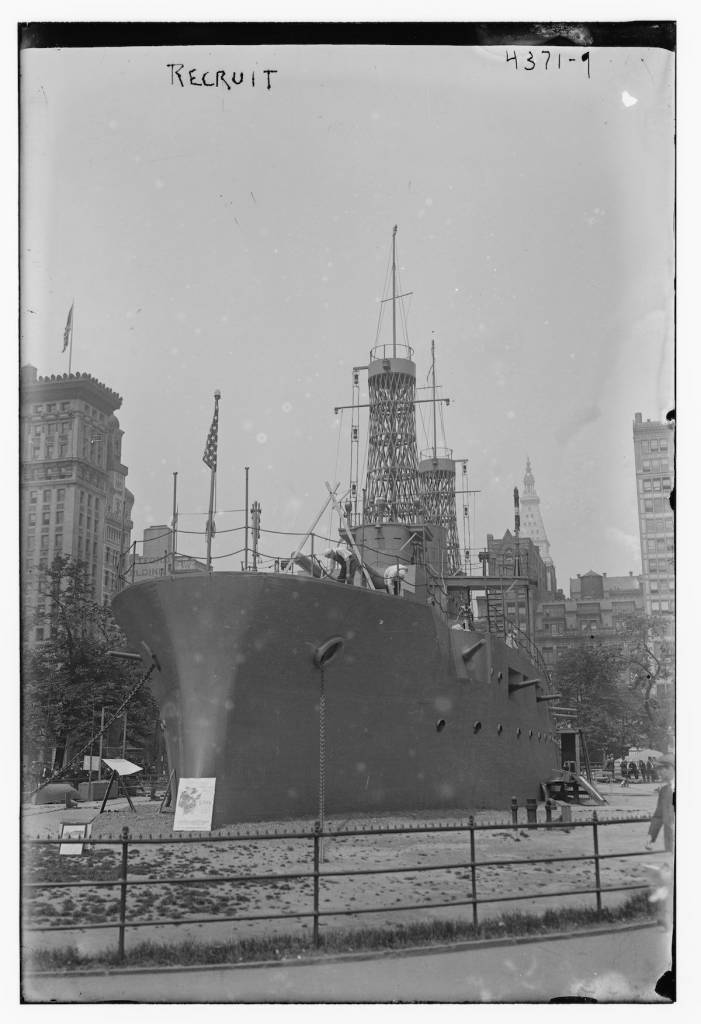 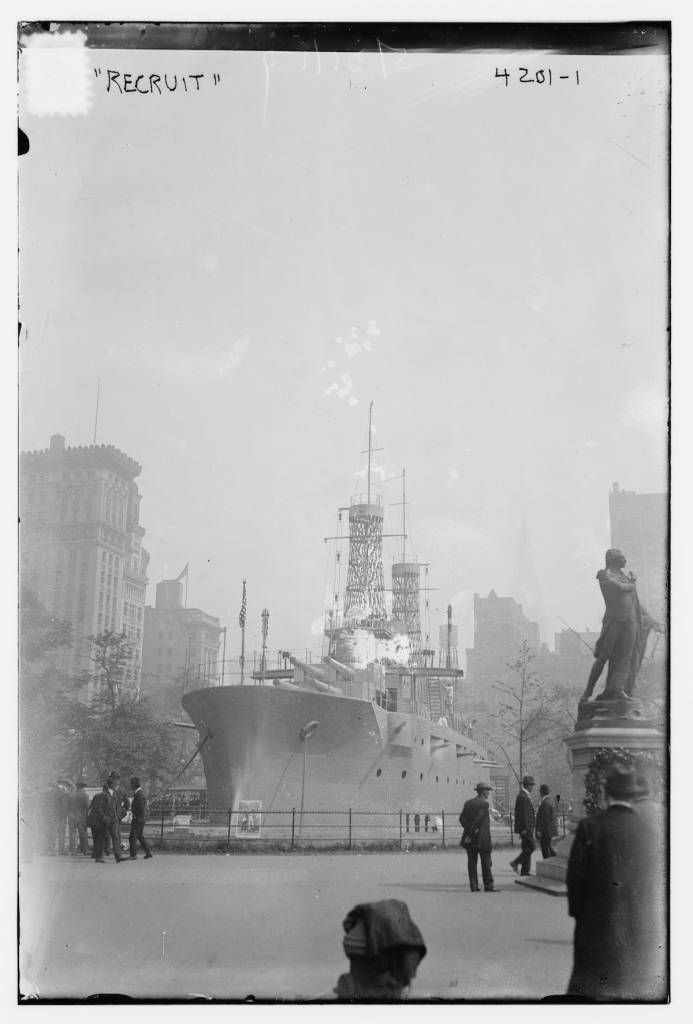 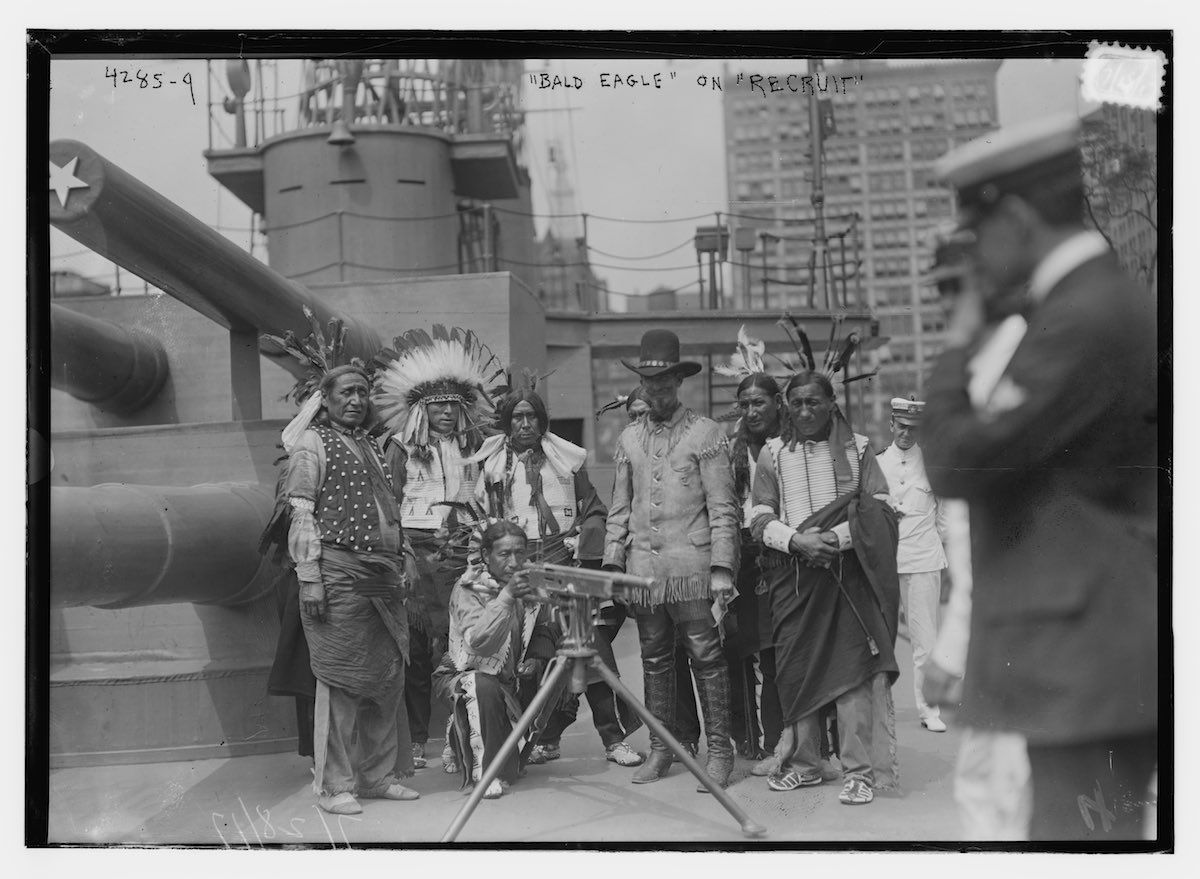 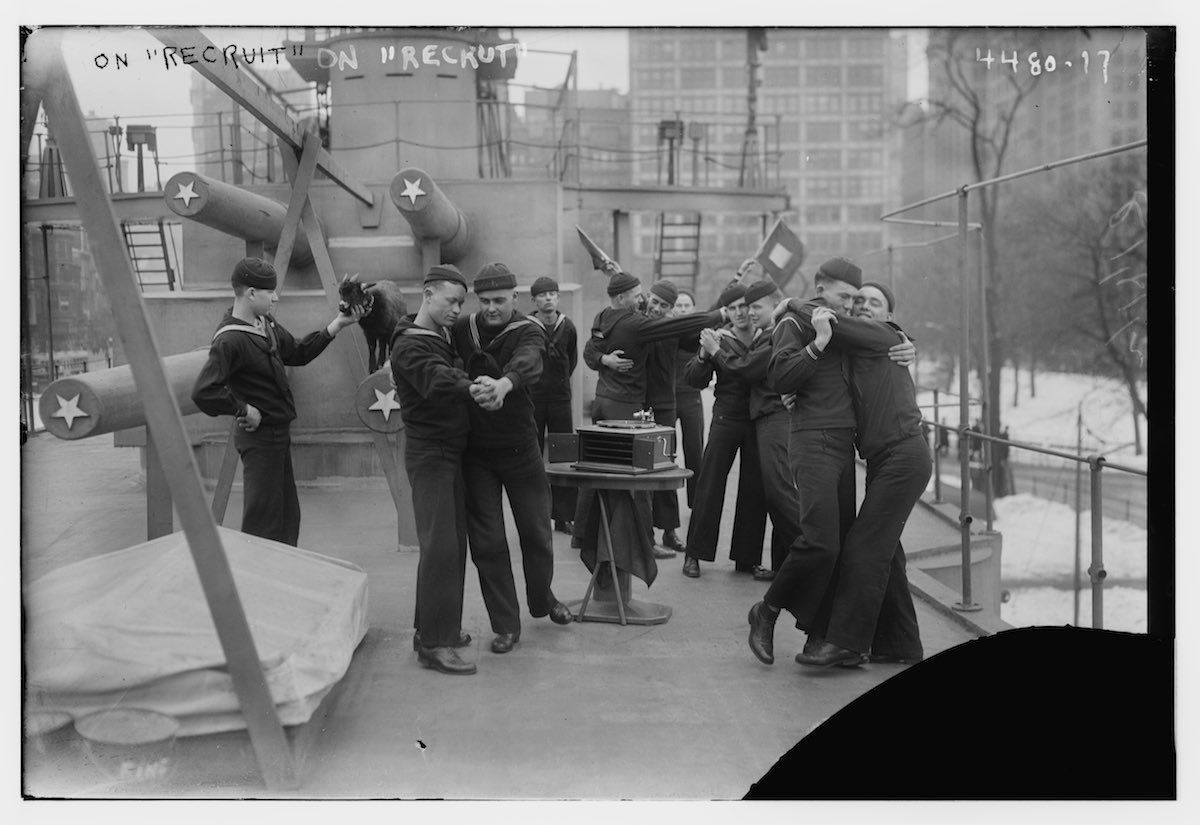 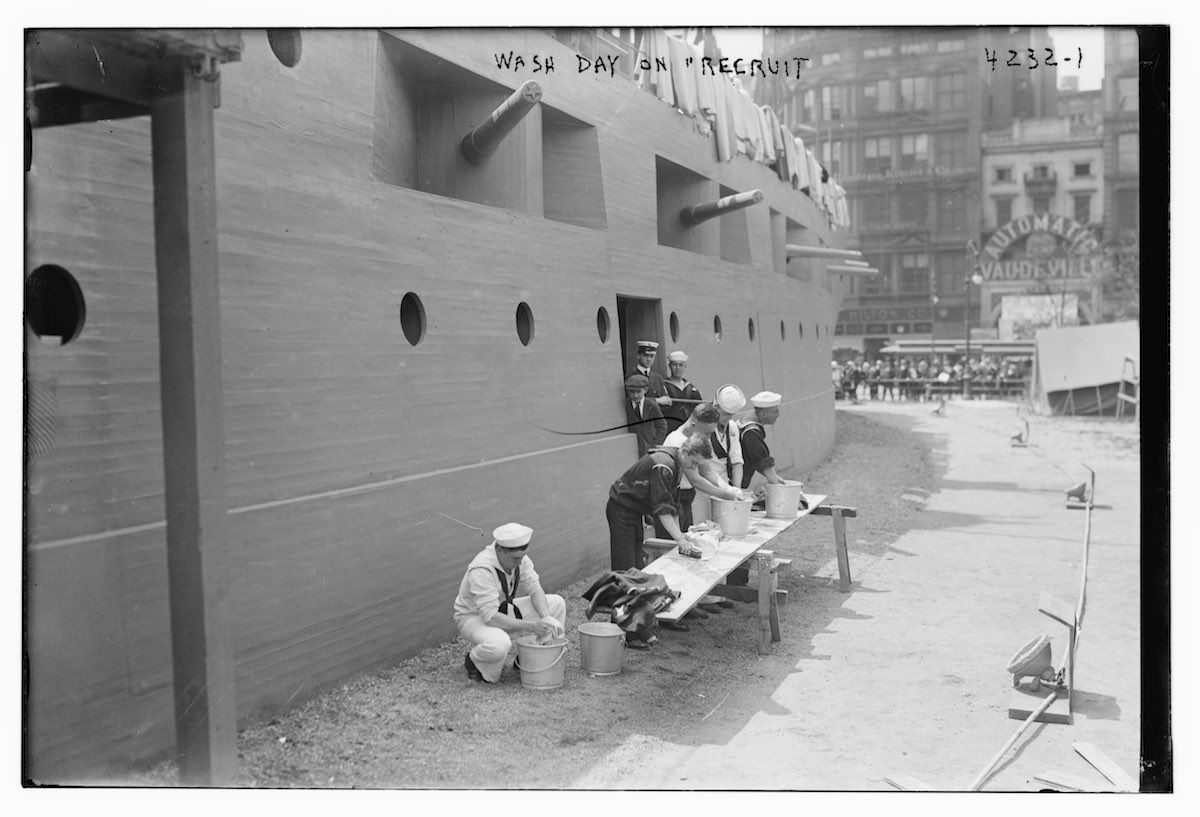 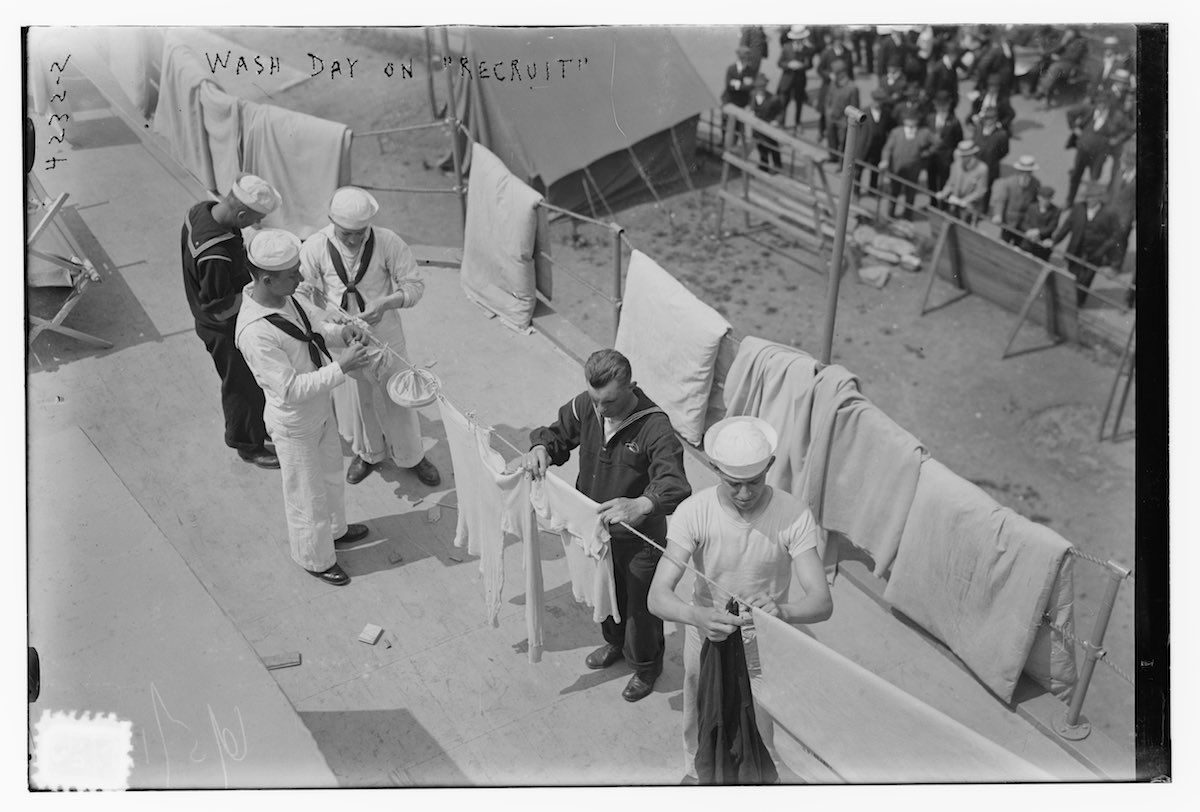 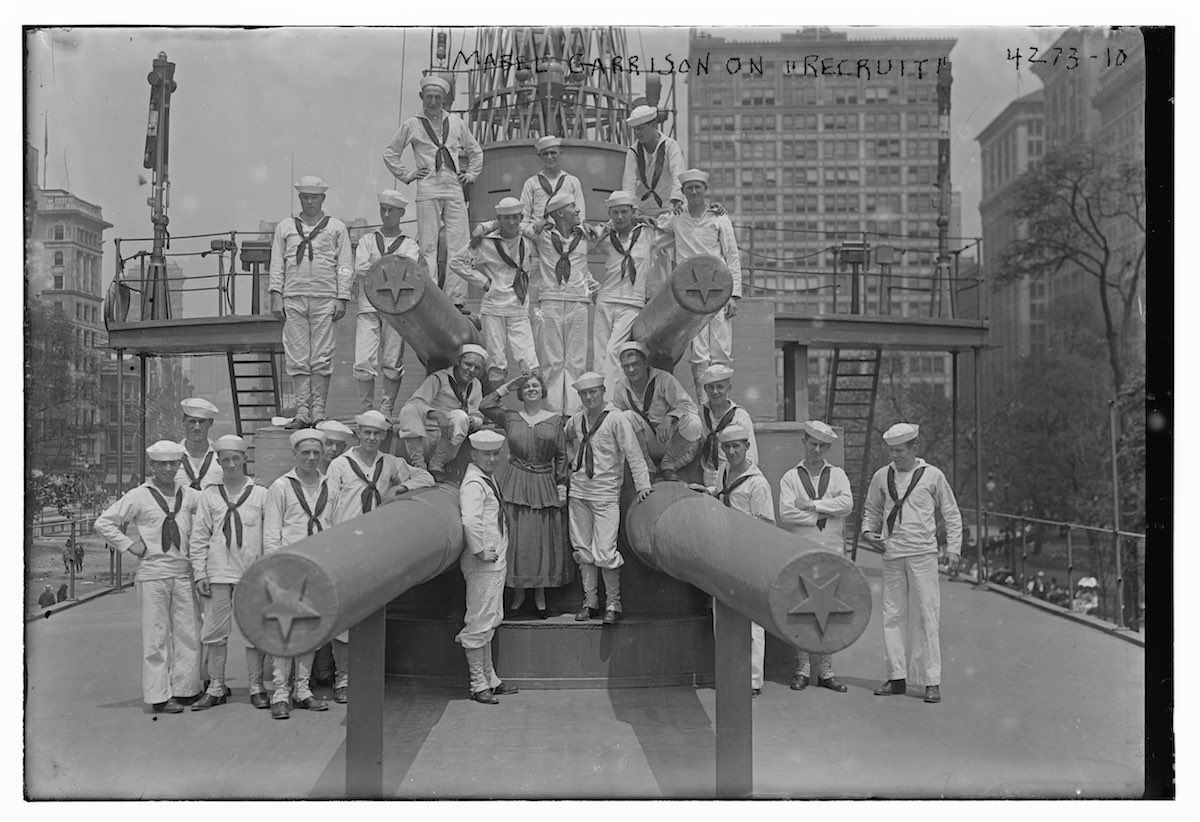