I pulled these travel advertisements from an April 1950 issue of Holiday magazine. Back then, a cross country vacation could be insanely expensive – a significant expense in a time before credit cards and budget airfare. But that was part of the appeal, wasn’t it? A trip from Georgia to New Mexico sounds like nothing today; but in 1950, that was an exotic adventure – a singular event that the family would look forward to for months, and remember for years. 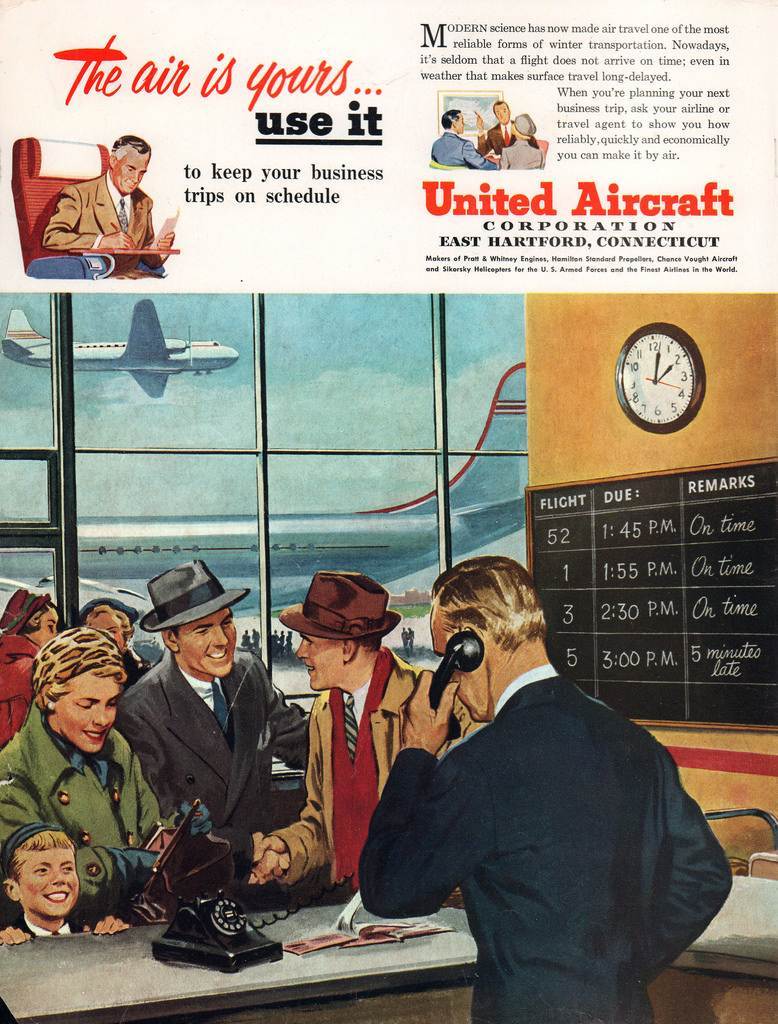 I love how the flight schedule is written on a chalkboard in an ad boasting of the wonders of “modern science”. 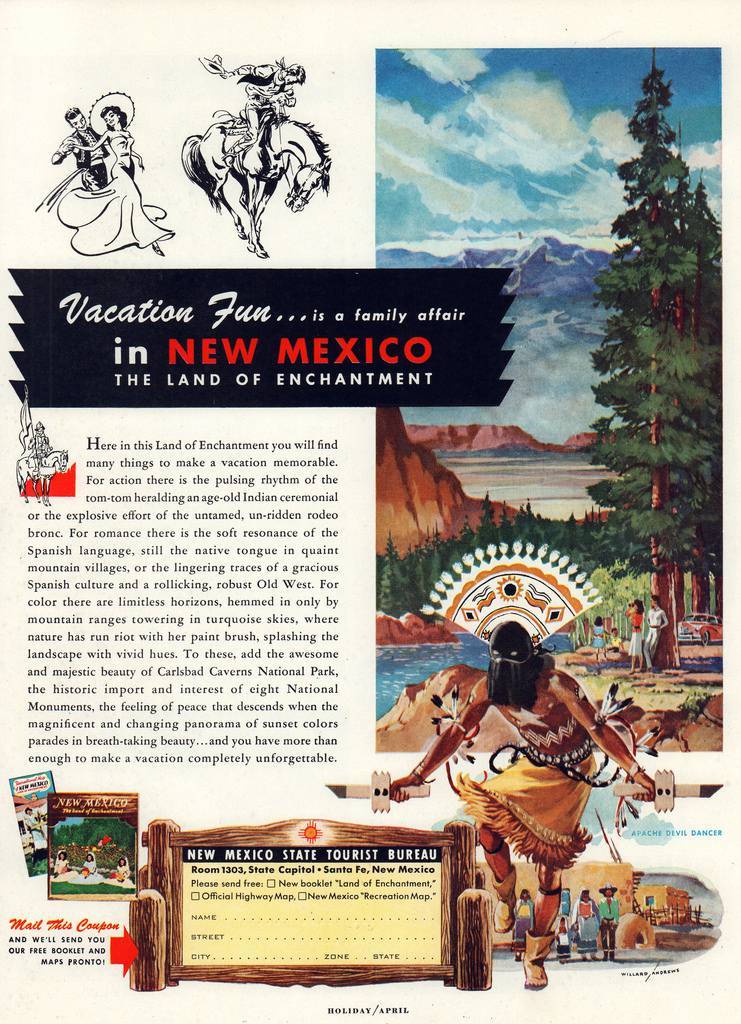 Remember what I said about that trip to New Mexico? It’s not a blah trip to Albuquerque – it’s a magical adventure to The Land of Enchantment. 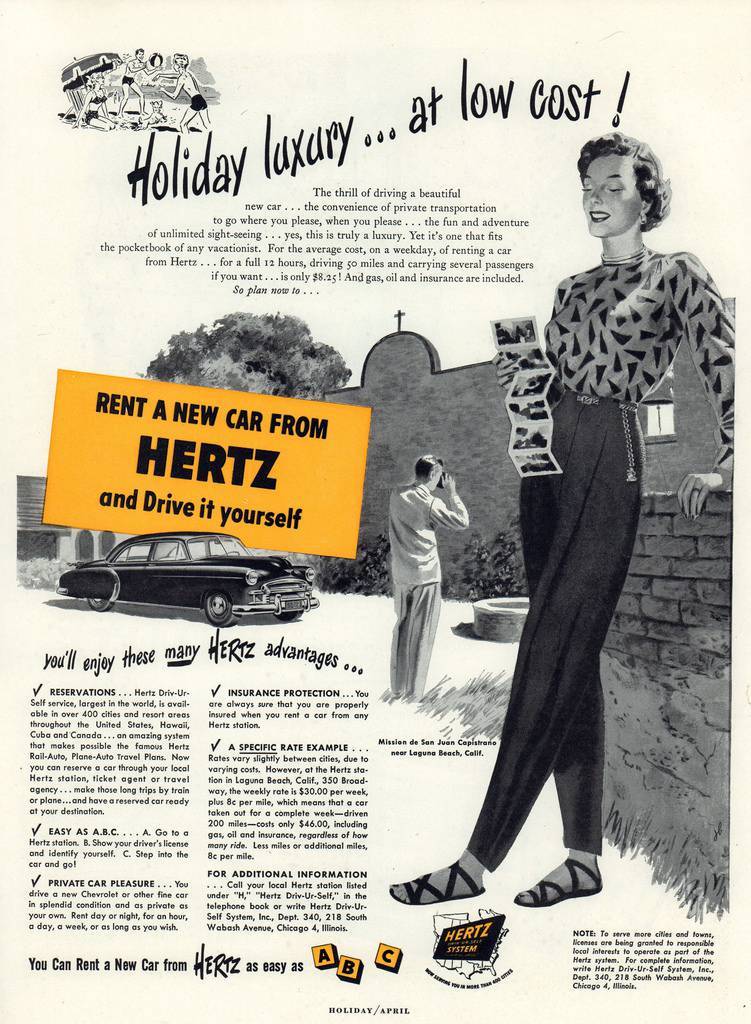 The advertisement lists renting the car for a full 12 hours and driving 50 miles. I rent cars a lot – 50 miles won’t cut it these days.

It’s interesting that avocados are a big selling point to get folks to San Diego. At a time when grocery store produce was still seasonal and largely local, this might’ve been a big deal.

Mom needs to put her damn seatbelt on.

A mere twenty years later and this advertisement would have been laughable. Seedy and crime ridden, NYC in a couple decades would be unrecognizable. 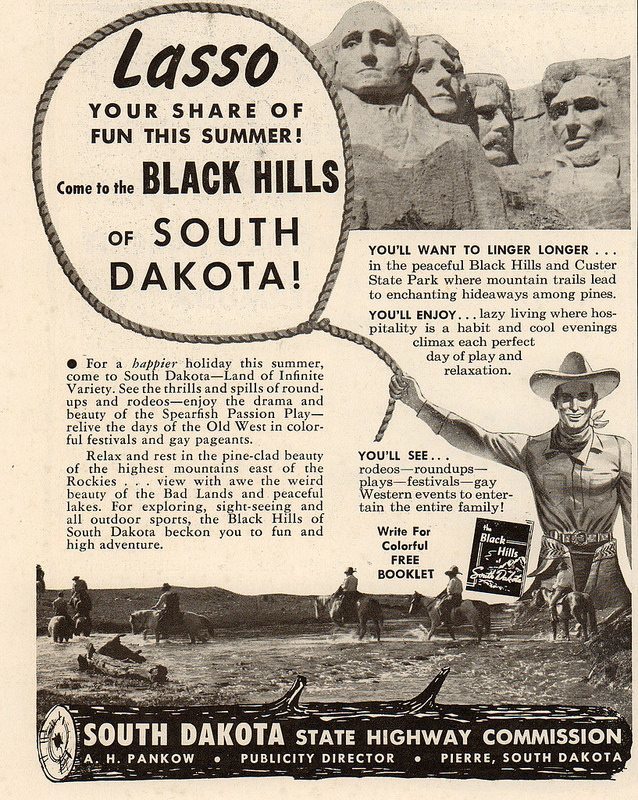 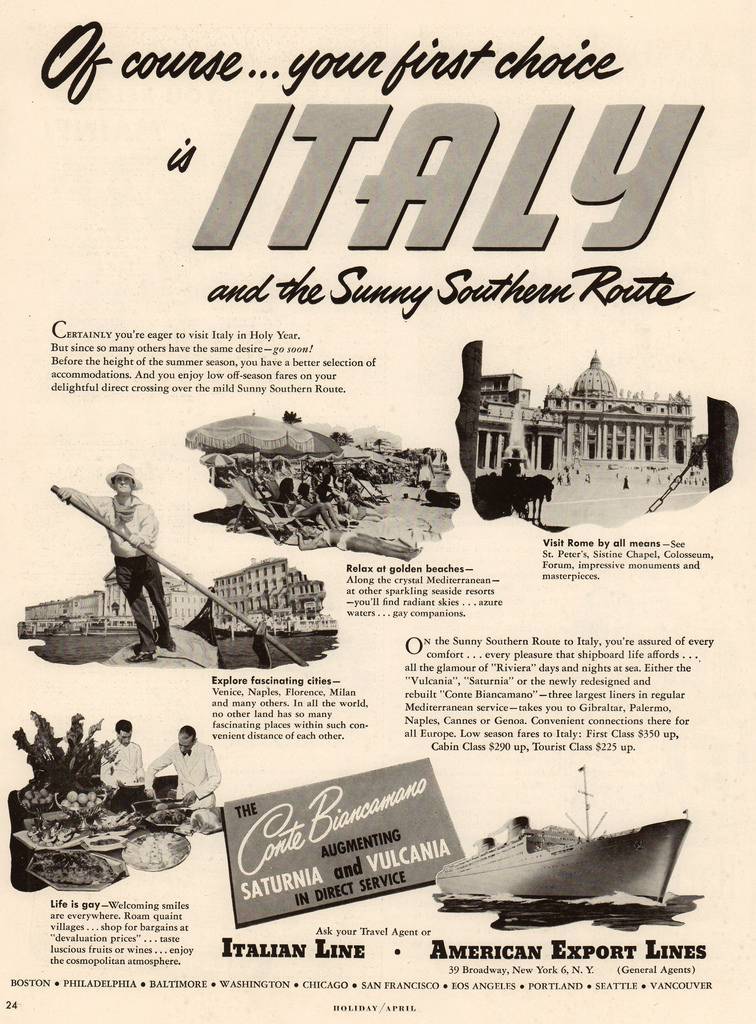 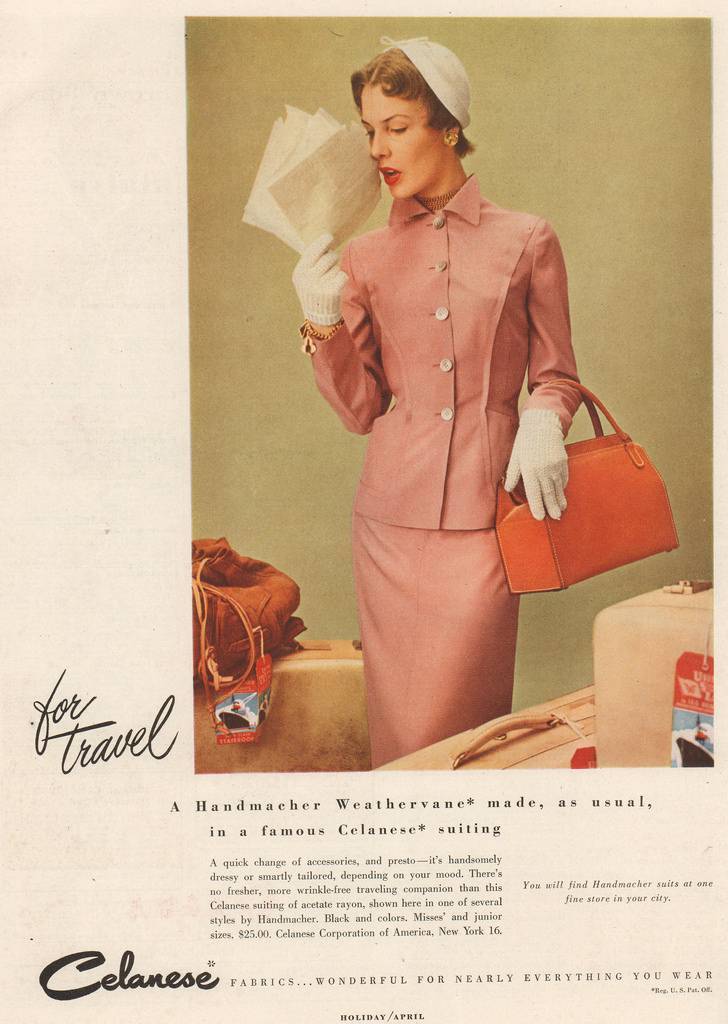 A beautiful ad, but I’m not sure I get her expression. Is she stressed, upset,.. relieved? 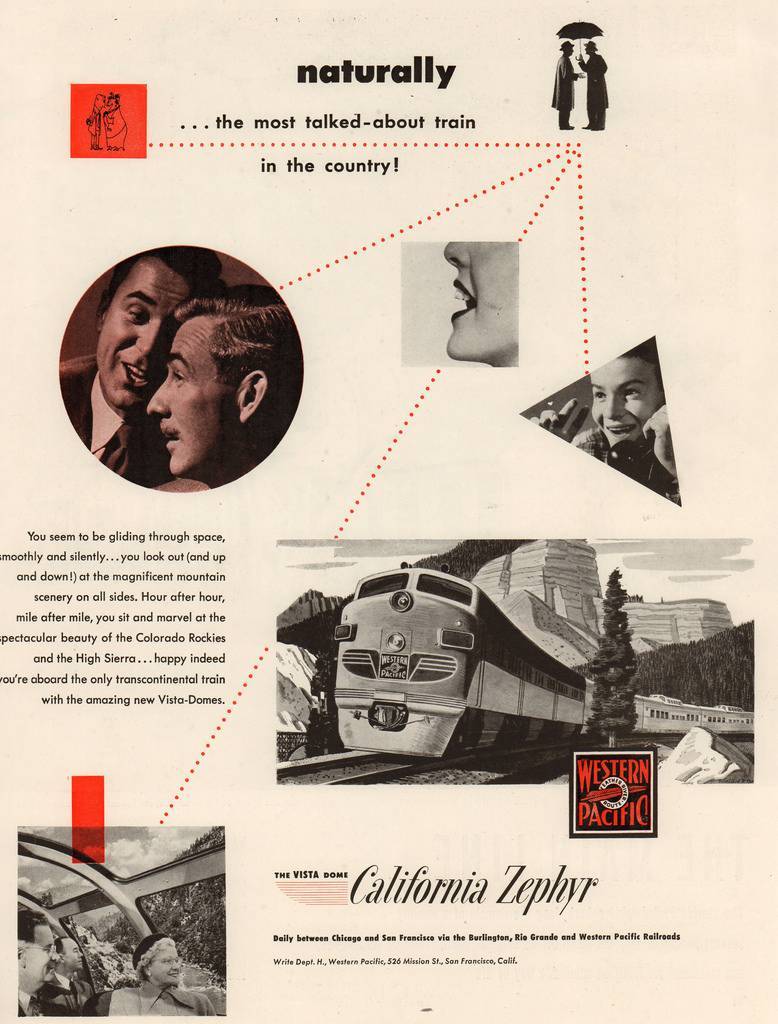 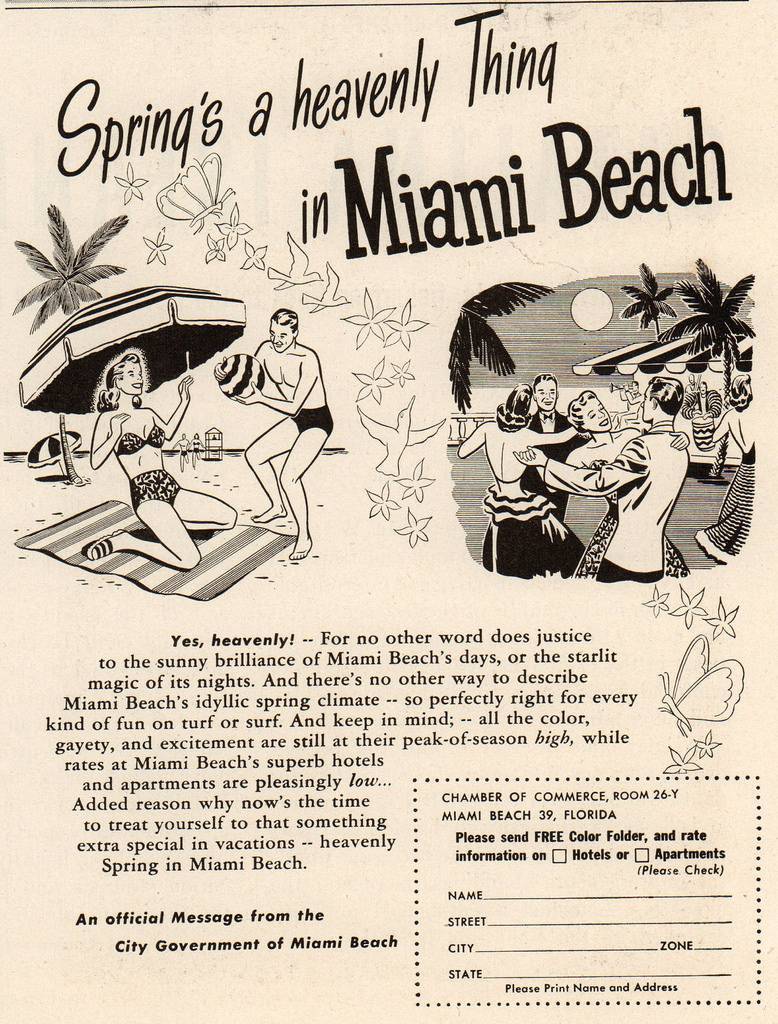 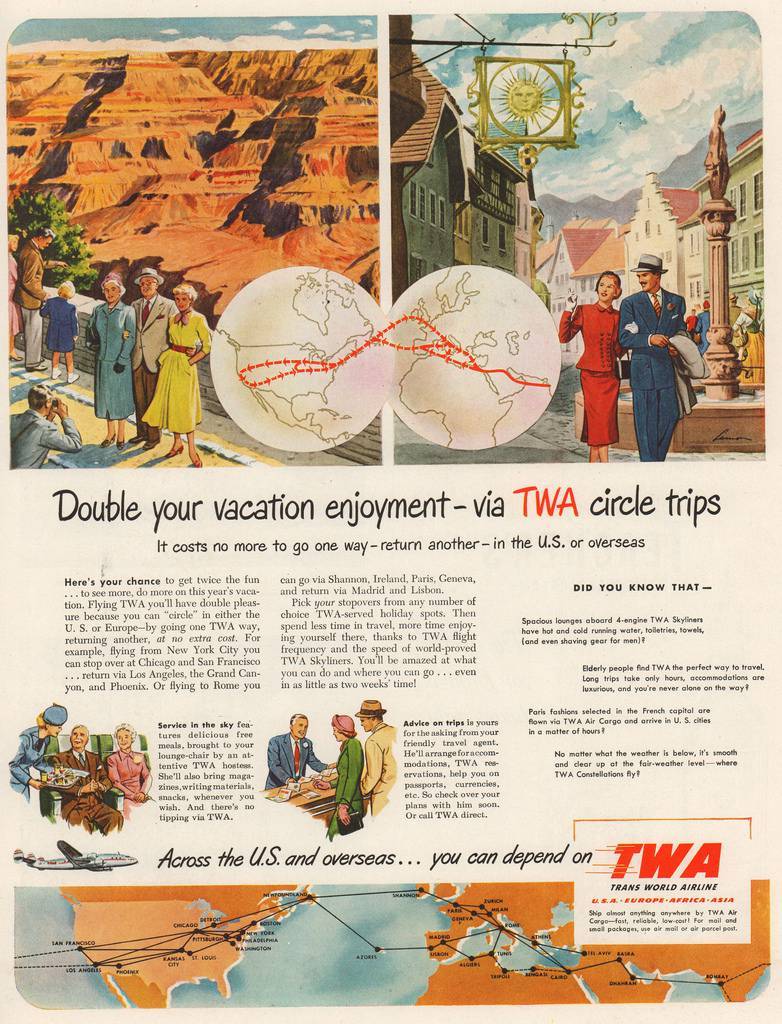 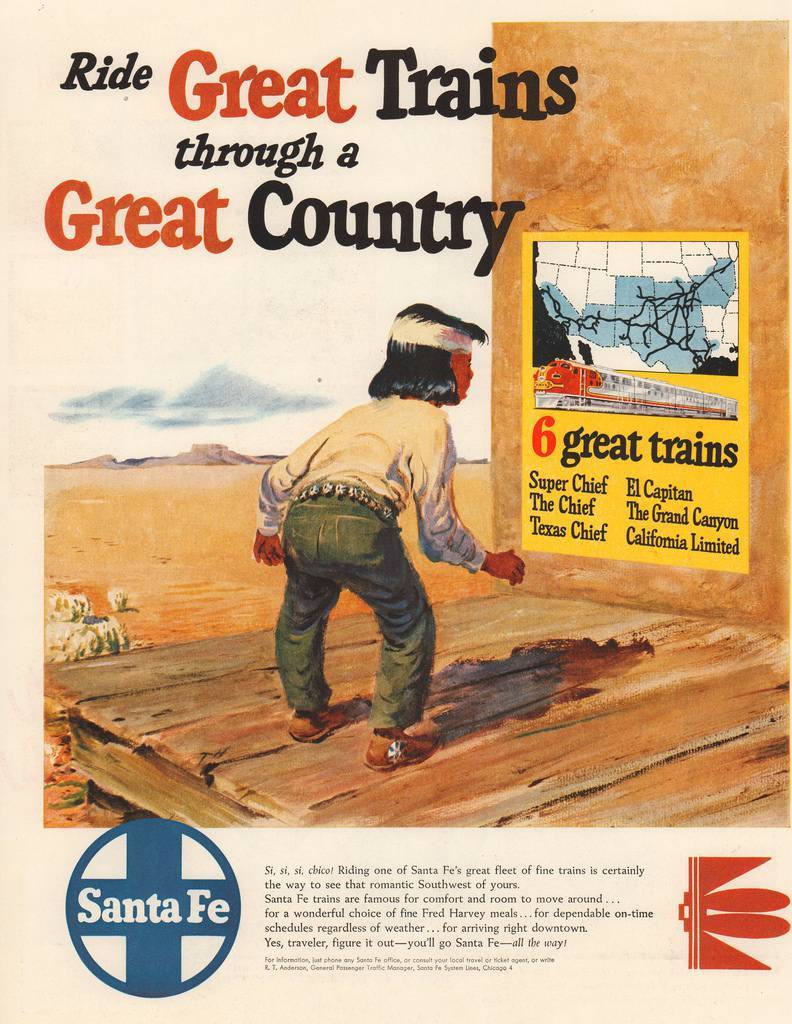 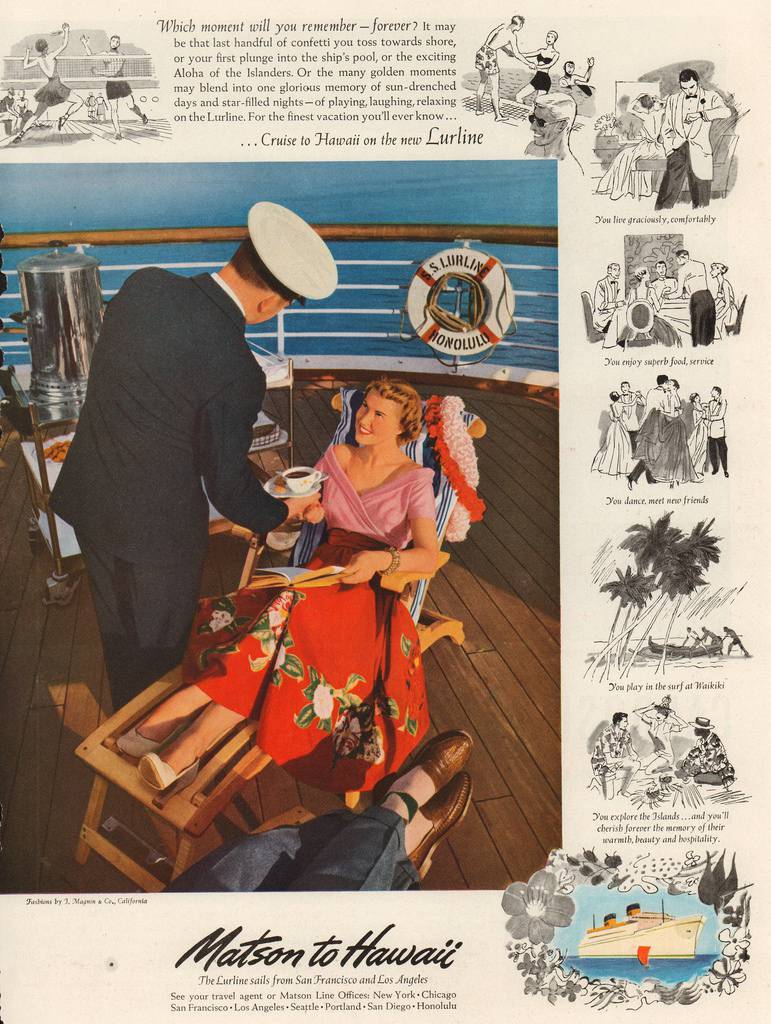 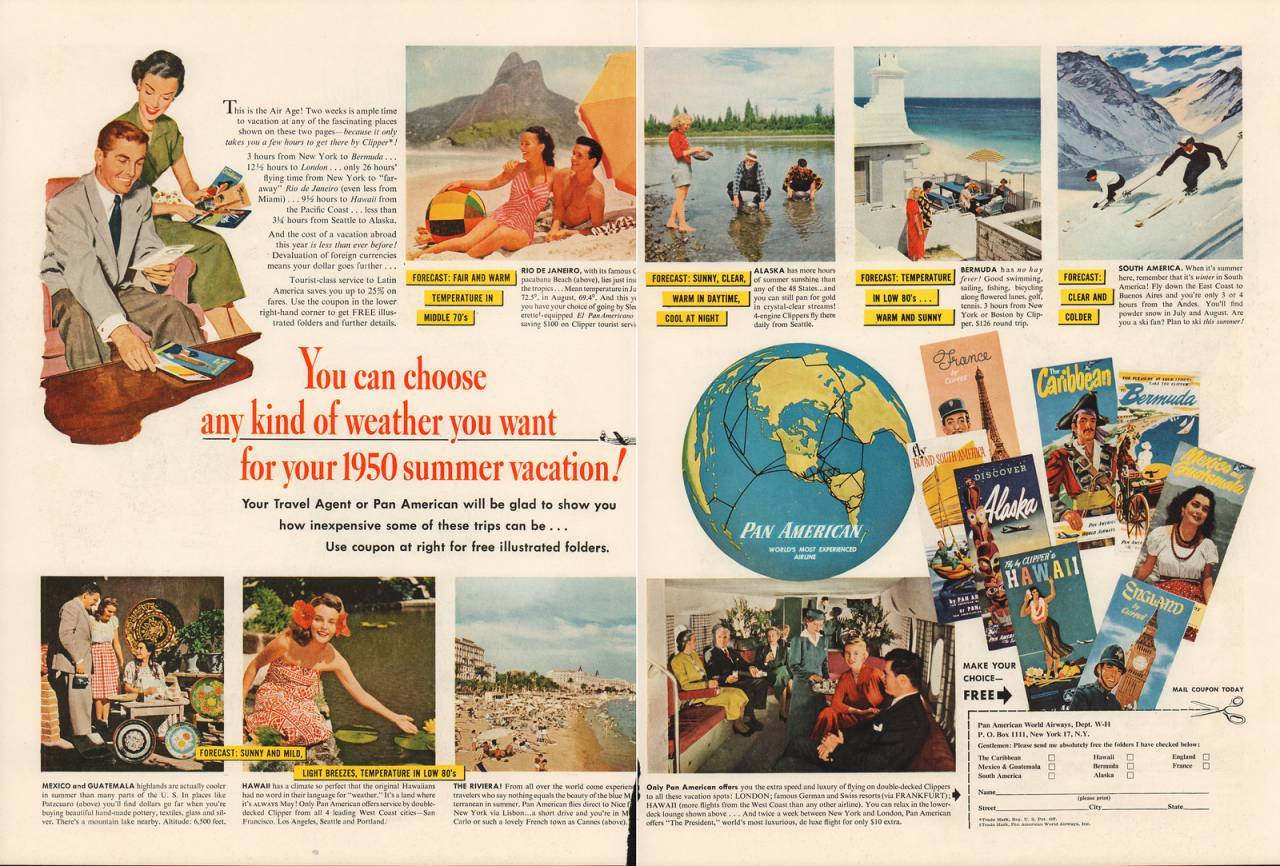