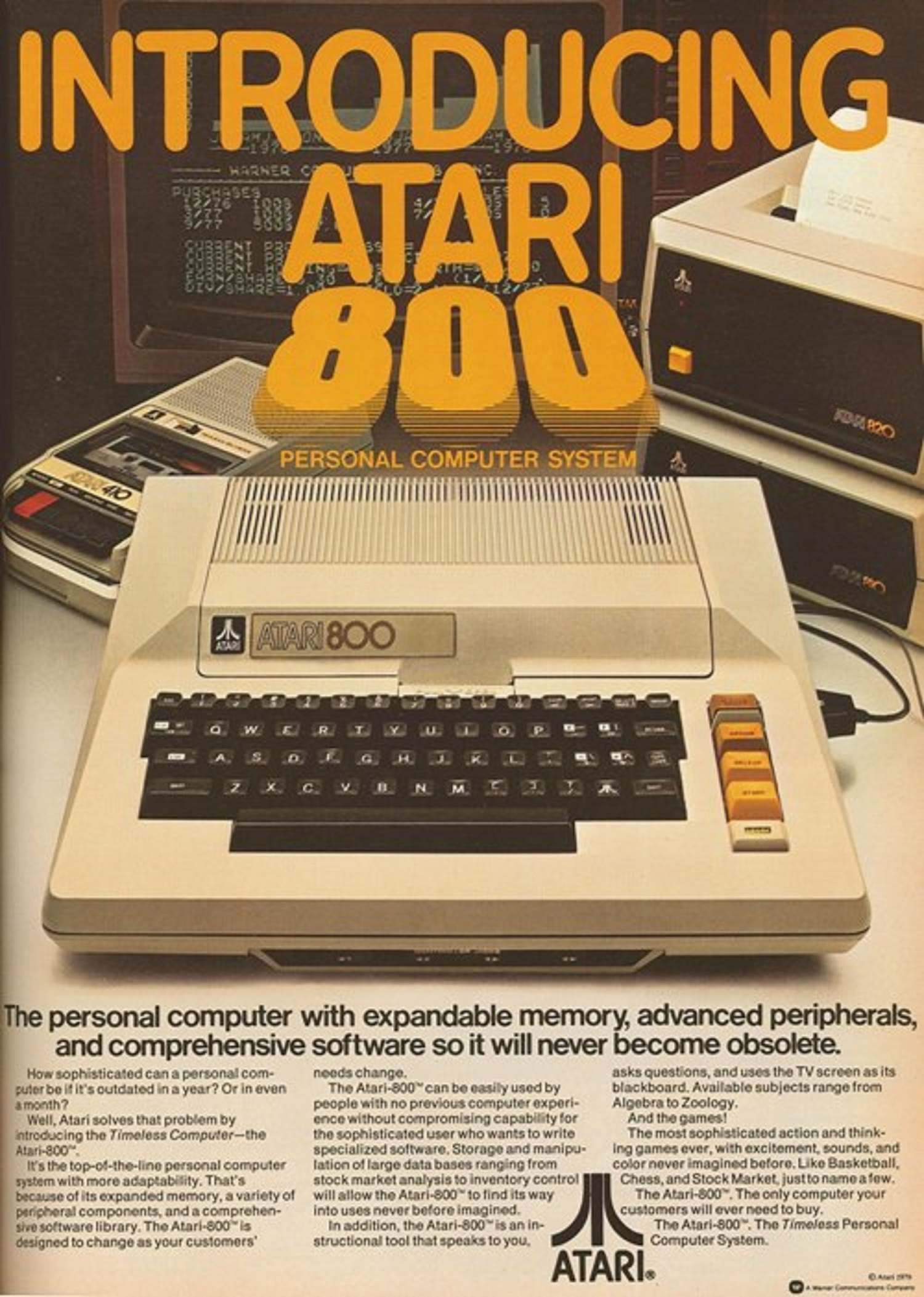 My first home computer was not the TRS-80, or even the Commodore VIC-20, both of which I’ve looked at here on Flashbak in recent weeks.

Instead, it was the magnificent (though admittedly boxy…) Atari 800.

I remembering seeing the Atari 400 in stores, the model with the “flat” or membrane keyboard, and wishing we could get one. The console was released in November of 1979, and was produced until the mid-1980s.

But instead of the 400, my parents sprung for the more expensive Atari 800 — which was marketed more as a home computer and less as a game system — and we soon had numerous accessories for it, including a light pen, joysticks, a cartridge drive and then later, a floppy disc drive. 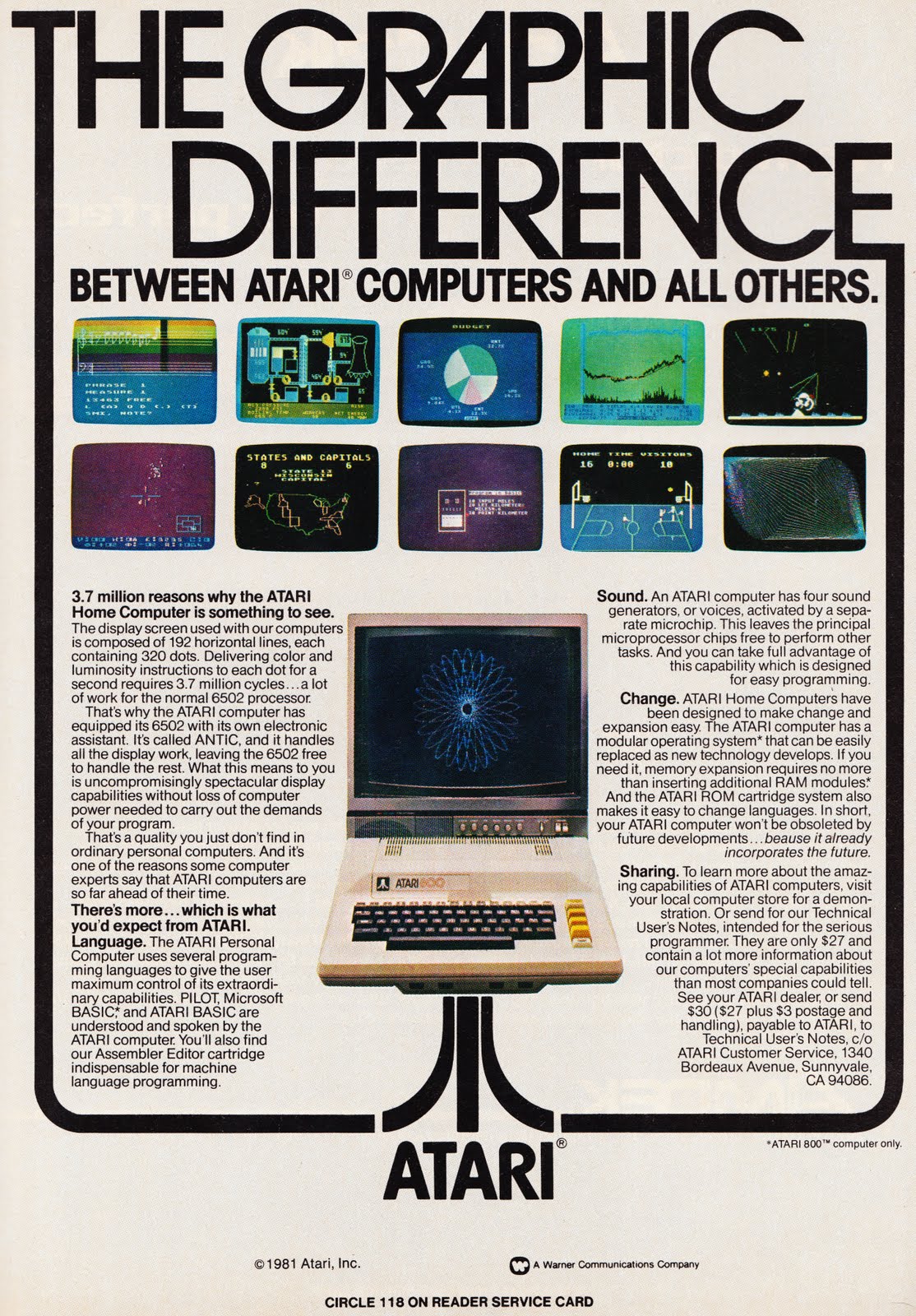 The Atari 800 was advertised as “The Timeless Computer” and advertising was aimed at those consumers who had “no personal experience” with computing, but who nonetheless wanted to join the 1980s home computer revolution.  A key sales point was that the system — which came with “expandable memory, advanced peripherals and comprehensive software” – would never grow “obsolete.”

Ads for the Atari 800 asked a specific question: “How sophisticated can a personal computer be if it’s outdated in a year? Or even a month?”

This marketing gambit clearly has some drawbacks since people today aren’t using the Atari 800 anymore.  Not so timeless, after all?

On the other hand, I owned and operated an Atari 800 for five or six years, and that’s better than the lifespan of recent Dell, Sony, and HP computers that I’ve purchased…most of which tap out after two years or so.

But back to the Atari 800. In addition to raw computing power, it had great games too, including Star Raiders, Centipede, and Missile Command. I also used a word processing program with the Atari 800 (Word Perfect?) I still remember typing out high-school papers on that 800.

When I left home for college in 1988, my parents bought me the next generation of Atari computer: the sleek Atari 1200XL. That was a good machine too, but I must confess: part of me missed the big-boxy, typewriter-like Atari 800, the “timeless” machine.