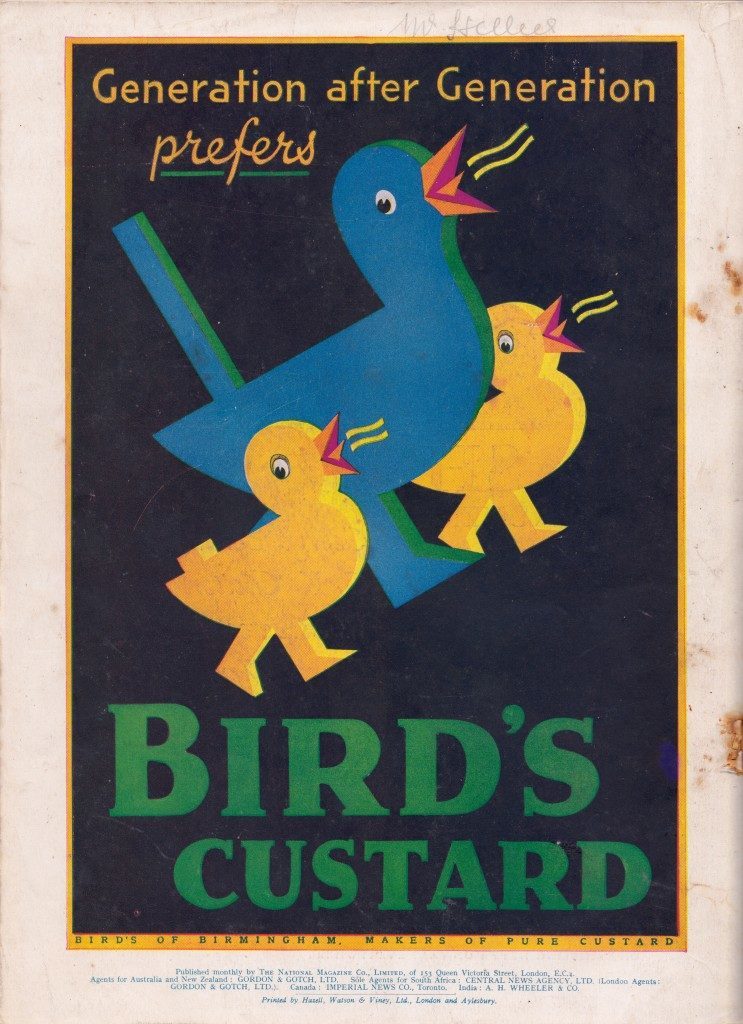 Bird’s Custard was invented by the Chemist Alfred Bird in 1837, essentially, because his custard-loving wife was allergic to eggs – the main ingredient used in traditional recipe. It is said that after Alfred accidentally fed dinner guests his non-egg custard to great approval he realised it could be marketed and formed the company Alfred Bird and Sons to do just that.

Not content to transform the world of custard Alfred Bird went on to invent baking powder in 1843 although it was originally known as Bird’s Fermenting Powder. He must have been devoted to his wife because it was because she was also allergic to yeast that he had been experimenting with other ways of raising bread. By 1895 his Birmingham based company was producing blancmange powder, jelly powder and egg substitutes. In WW1 Bird’s Custard, now ubiquitous, was supplied to the British armed forces – the company earlier had famously supplied baking powder to British troops in the Crimean war.

It was Alfred’s son, Alfred junior, who really brought modern practices to the company and a motto hanging in the Birmingham Factory summed up the Bird’s company philosophy:

Early to bed, early to rise

Stick to your work —. And advertise!

Bird’s went on to become famous for its advertising and introduced the famous ‘three bird’ logo in 1929.

During World War II and the extensive food rationing Birds and Sons had to seriously ramp down production when many of their sugar-based products were stopped. The advertising, however, continued which helped to keep the company in the public’s eye. Shortly after the war, Bird’s was purchased by the General Foods Corporation, which was itself taken over by Philip Morris and merged into Kraft Foods. In late 2004, Kraft sold Bird’s Custard ato Premier Foods, who are now the current owners. Although Bird’s Custard still exists and is still very popular, the name itself is now just a brand. 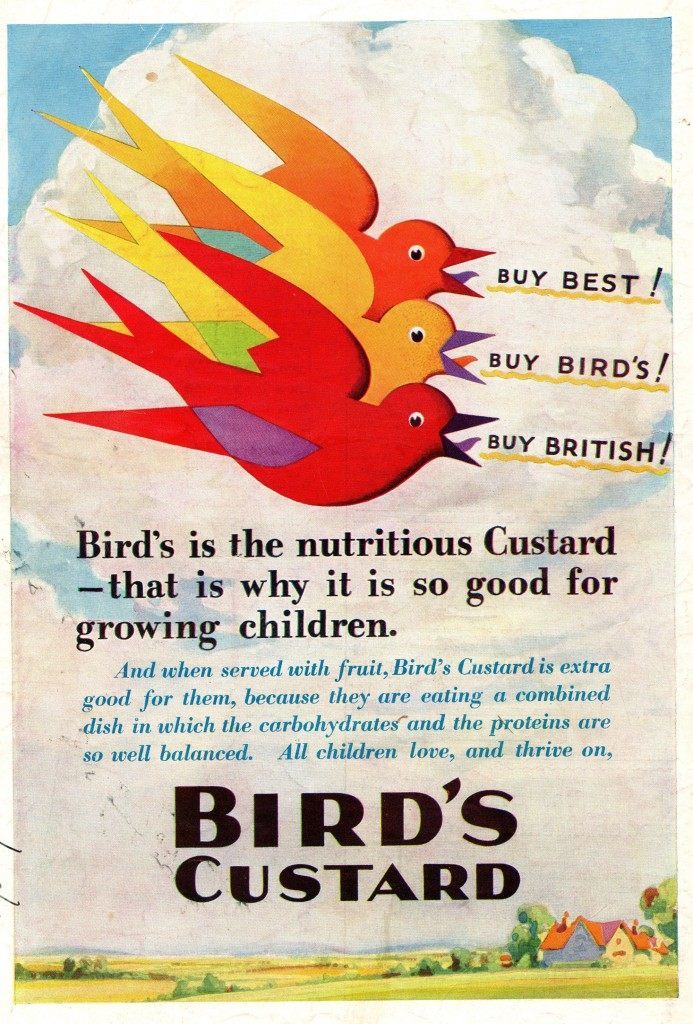 Bird’s is the nutritious custard, ad from 1932 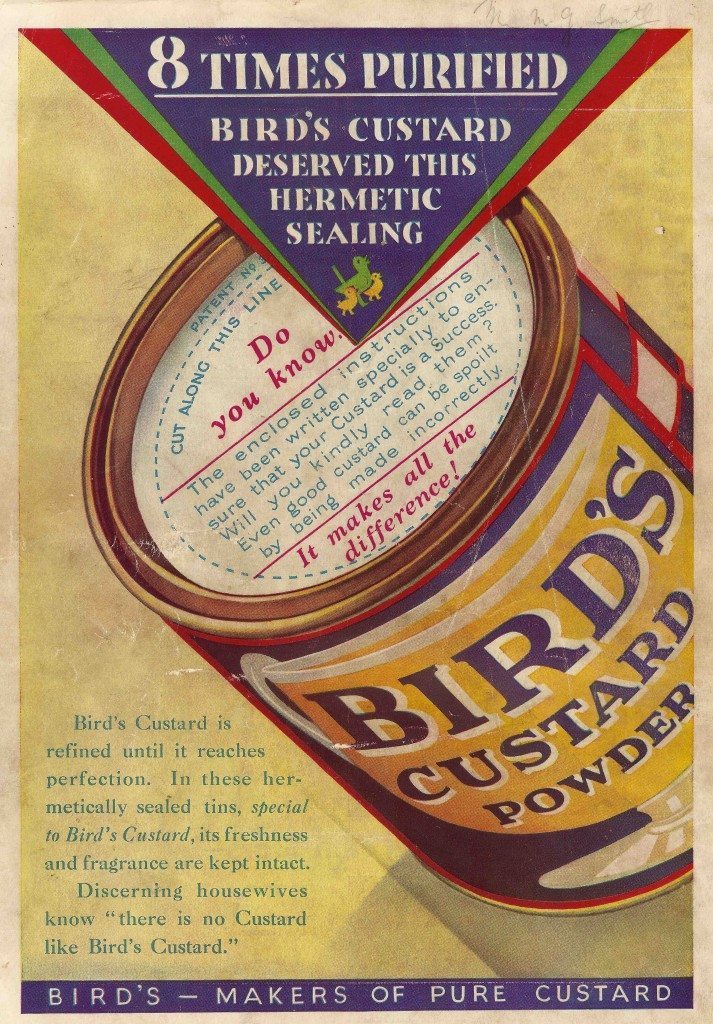 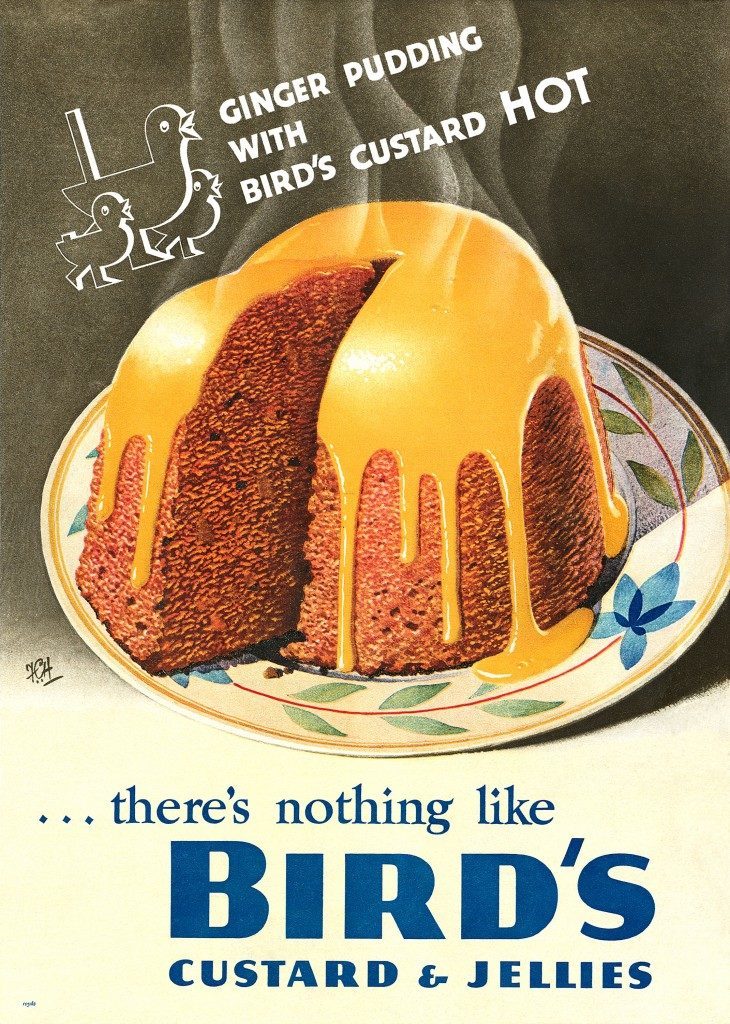 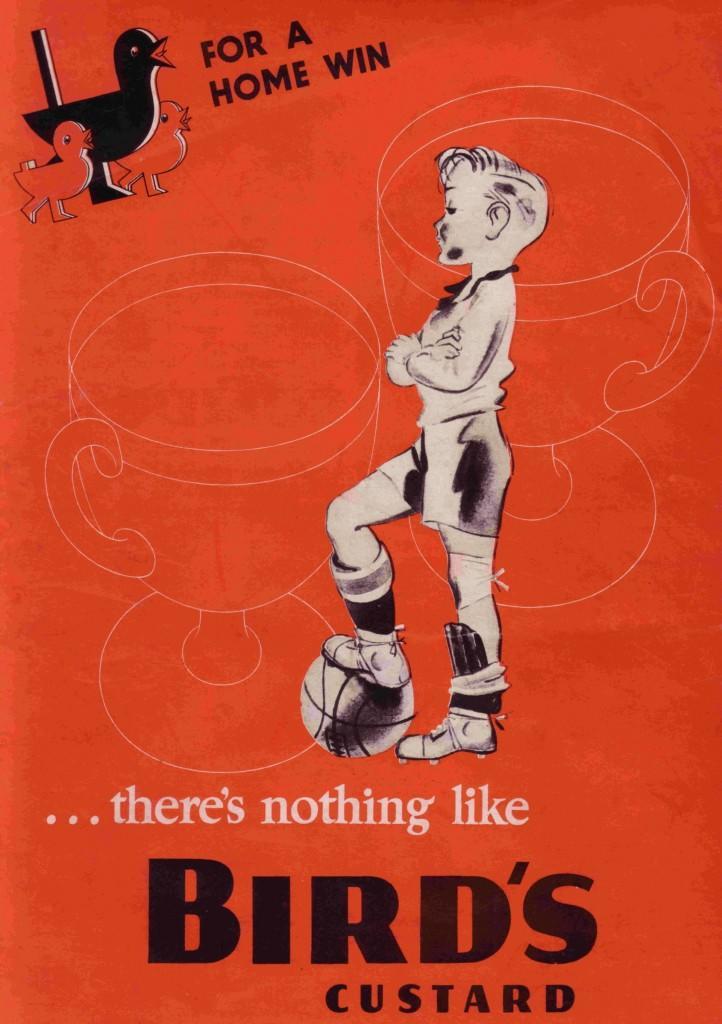 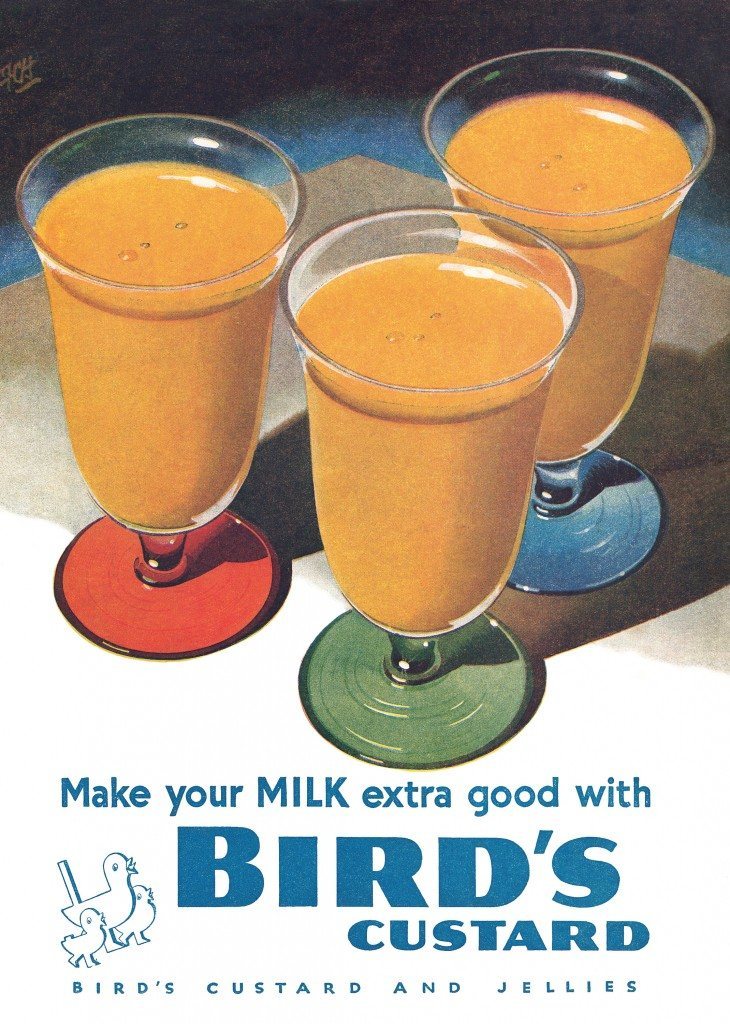 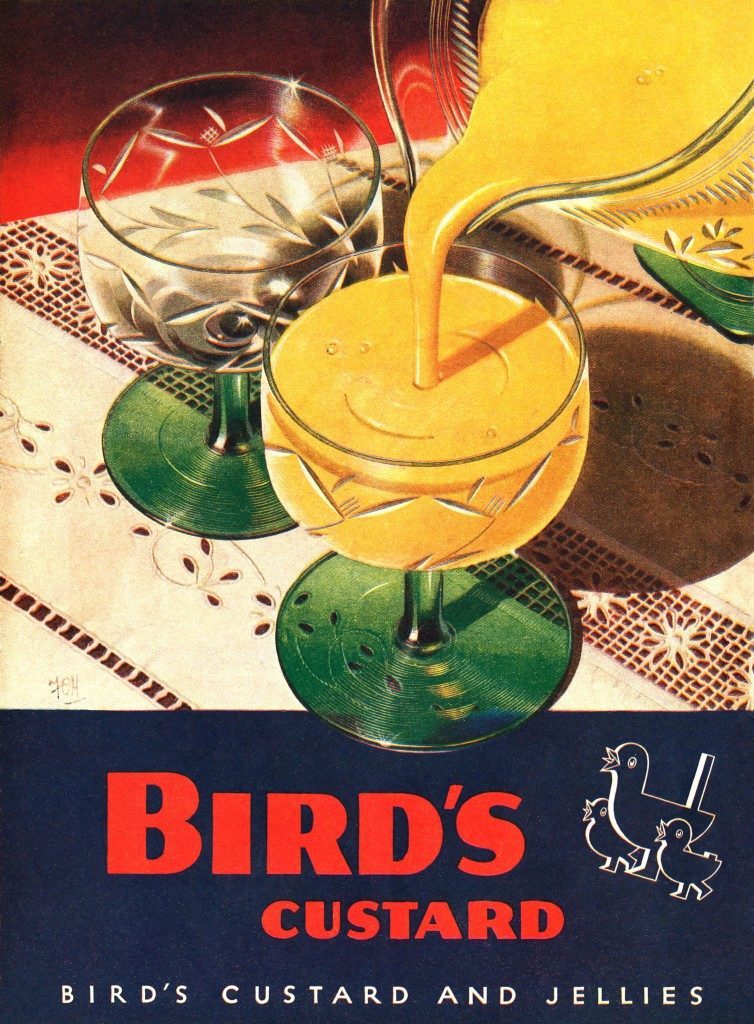 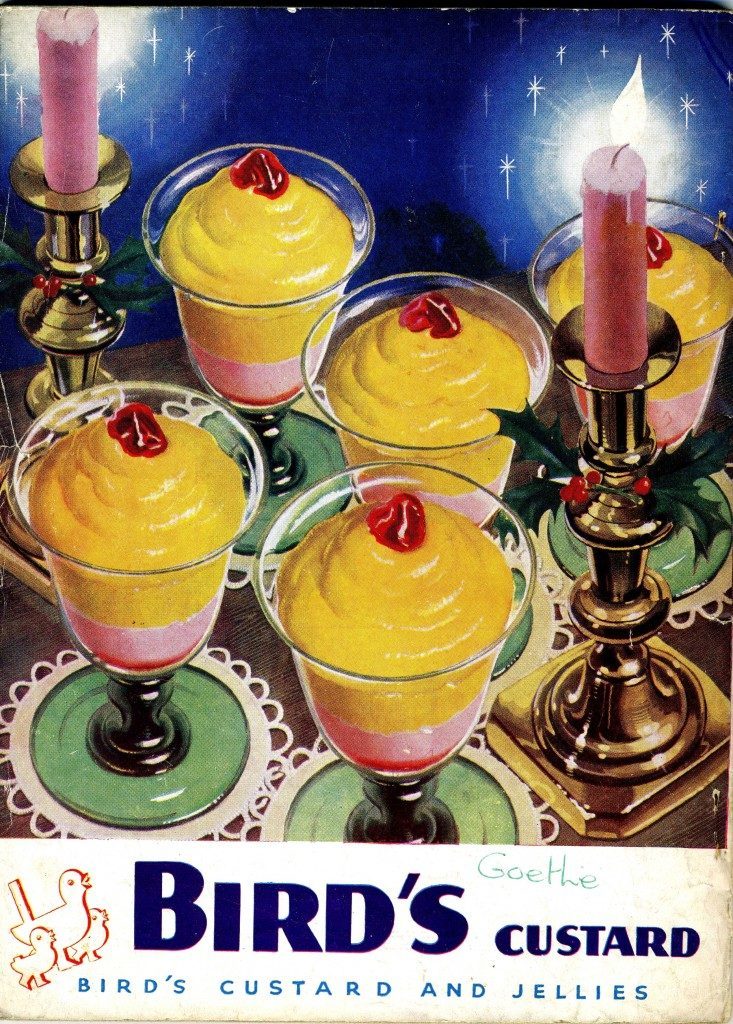 Bird’s custard and jellies. Ad from 1947 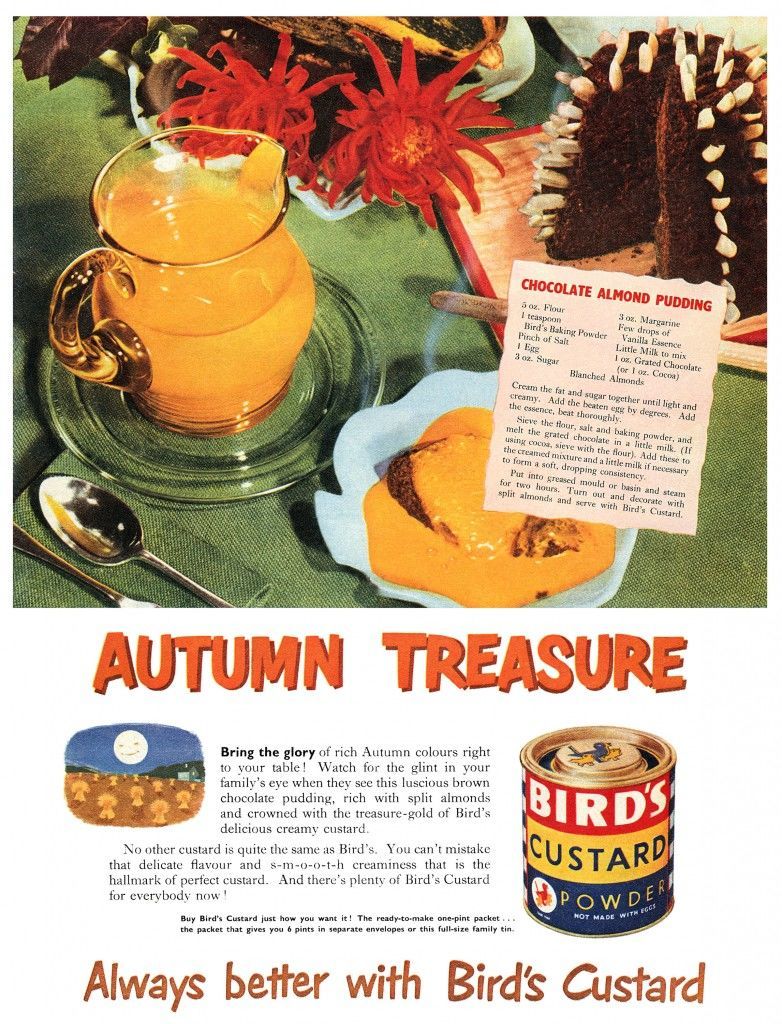 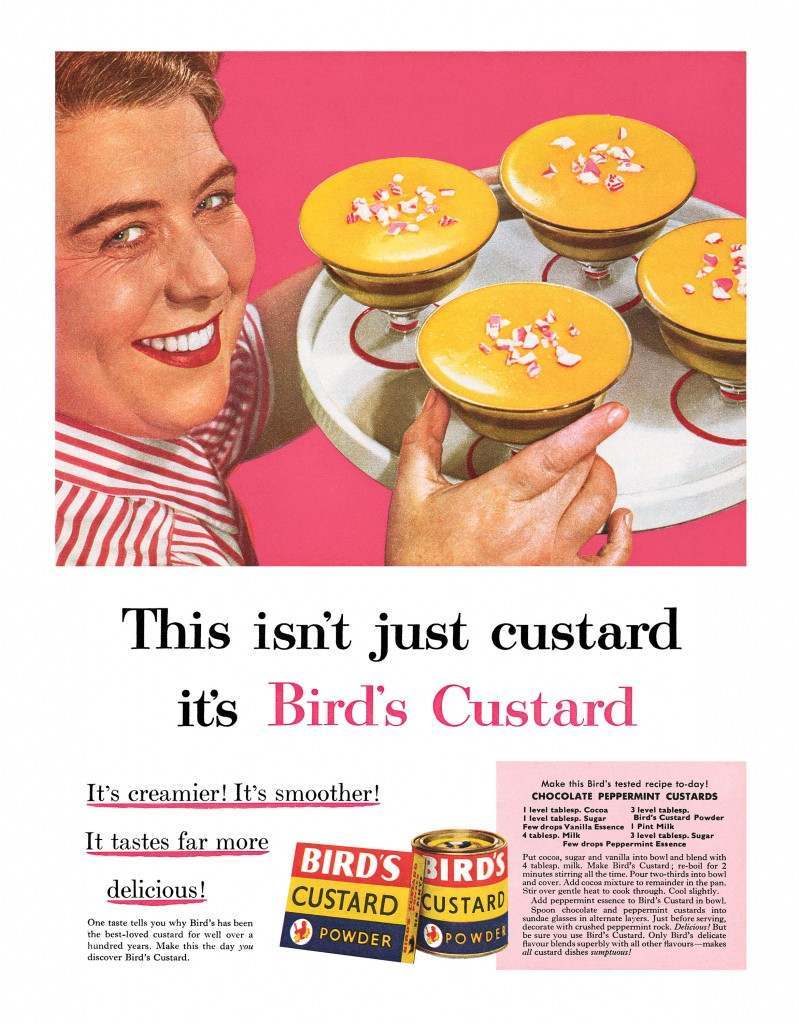 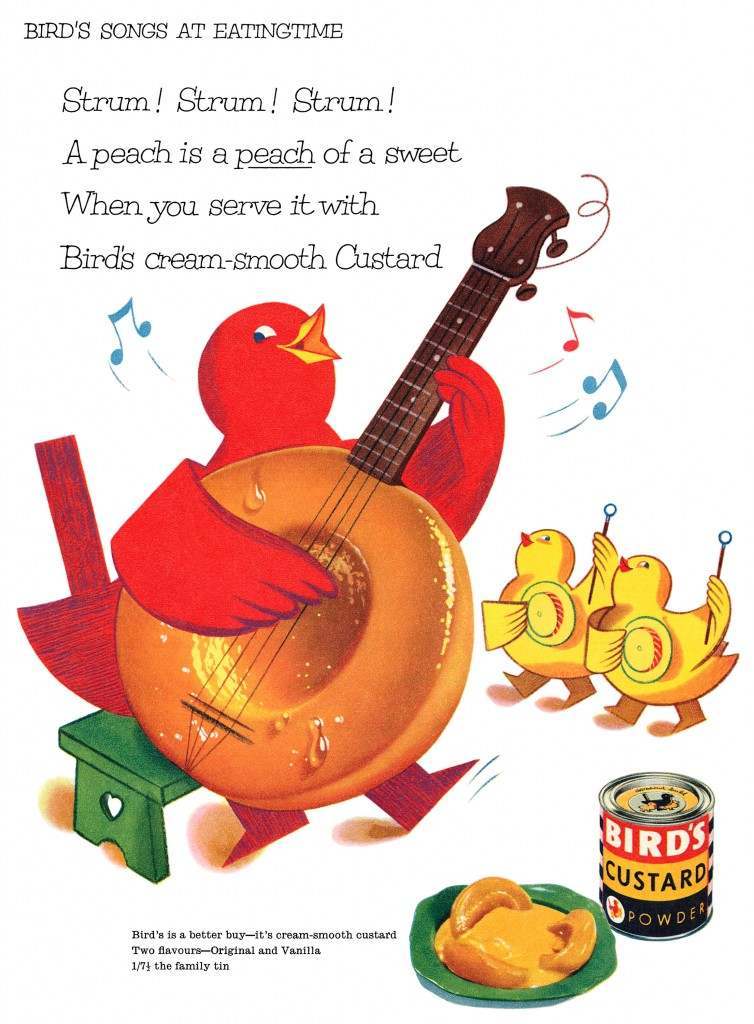 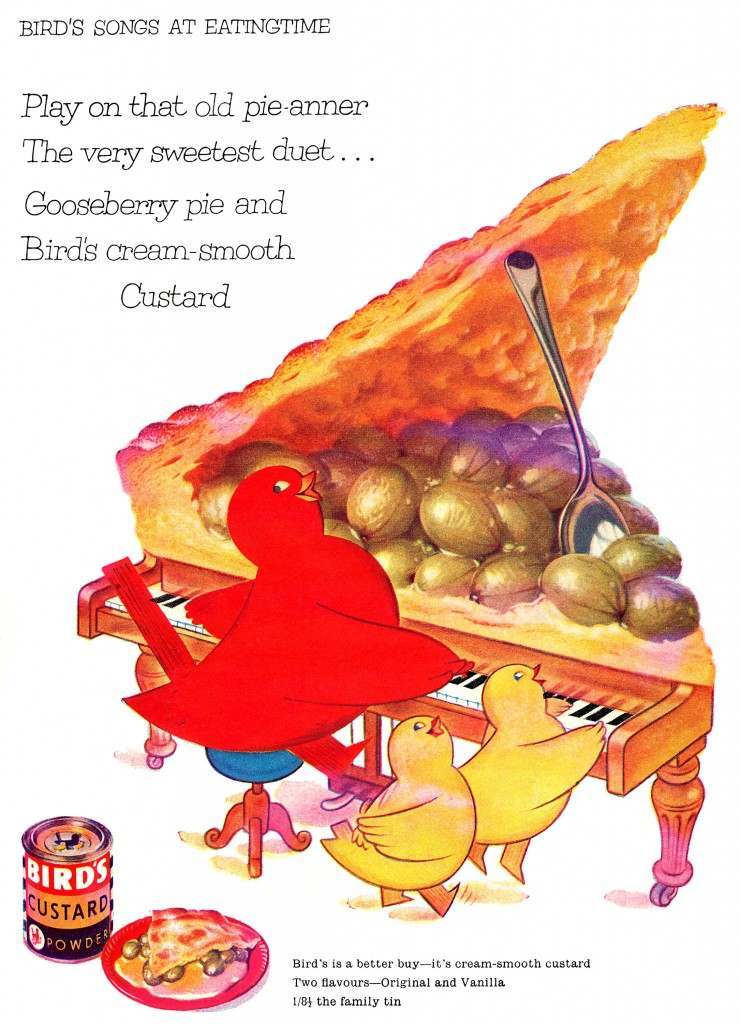 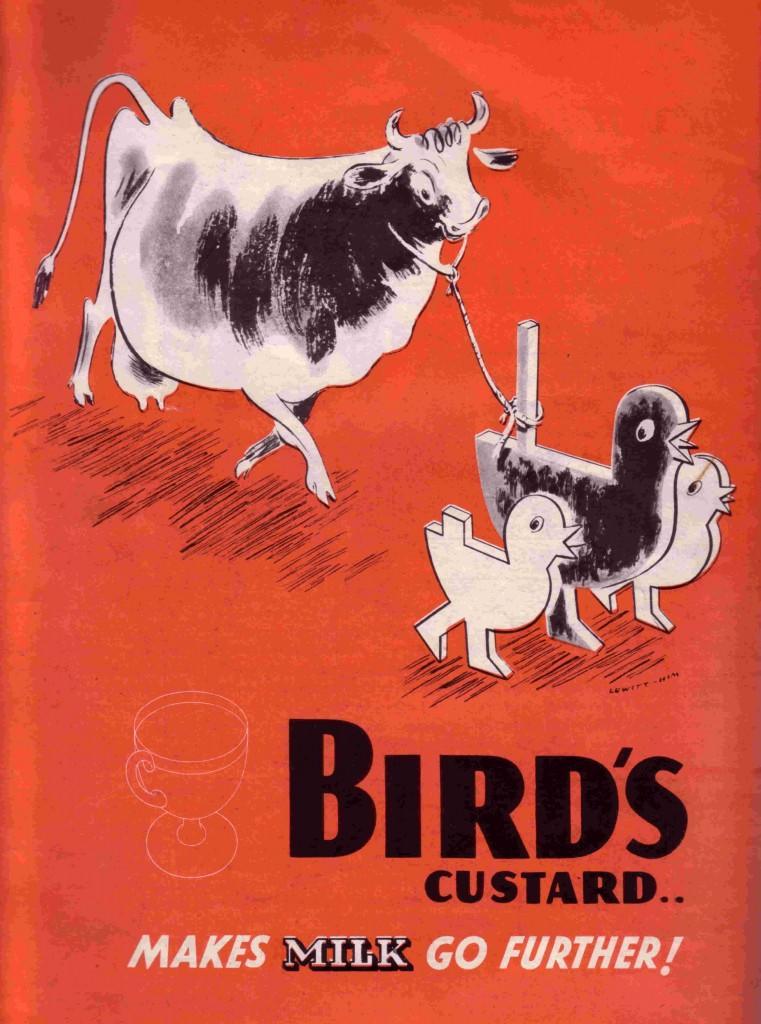 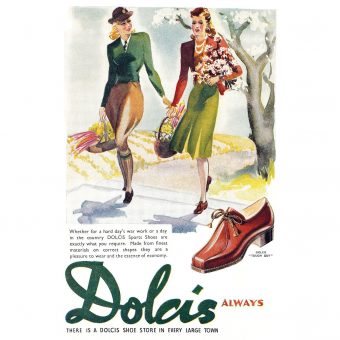