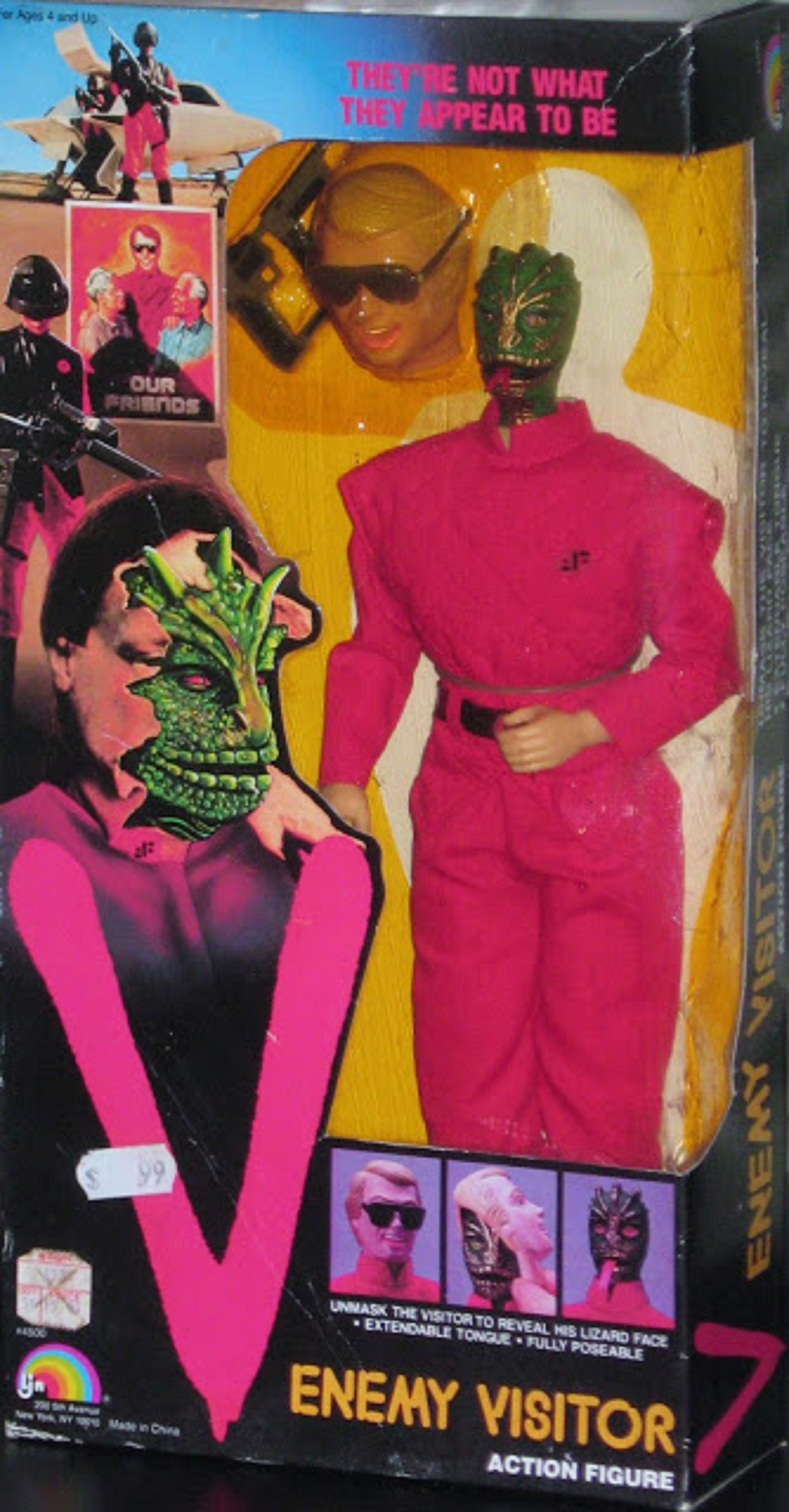 It wasn’t long before LJN had an action V “Enemy Visitor” action figure on the market.

This 12-inch alien soldier was the embodiment of Visitor evil. He hid beneath a human face and sun glasses while wearing his red space nazi uniform. He was also armed with a laser weapon. 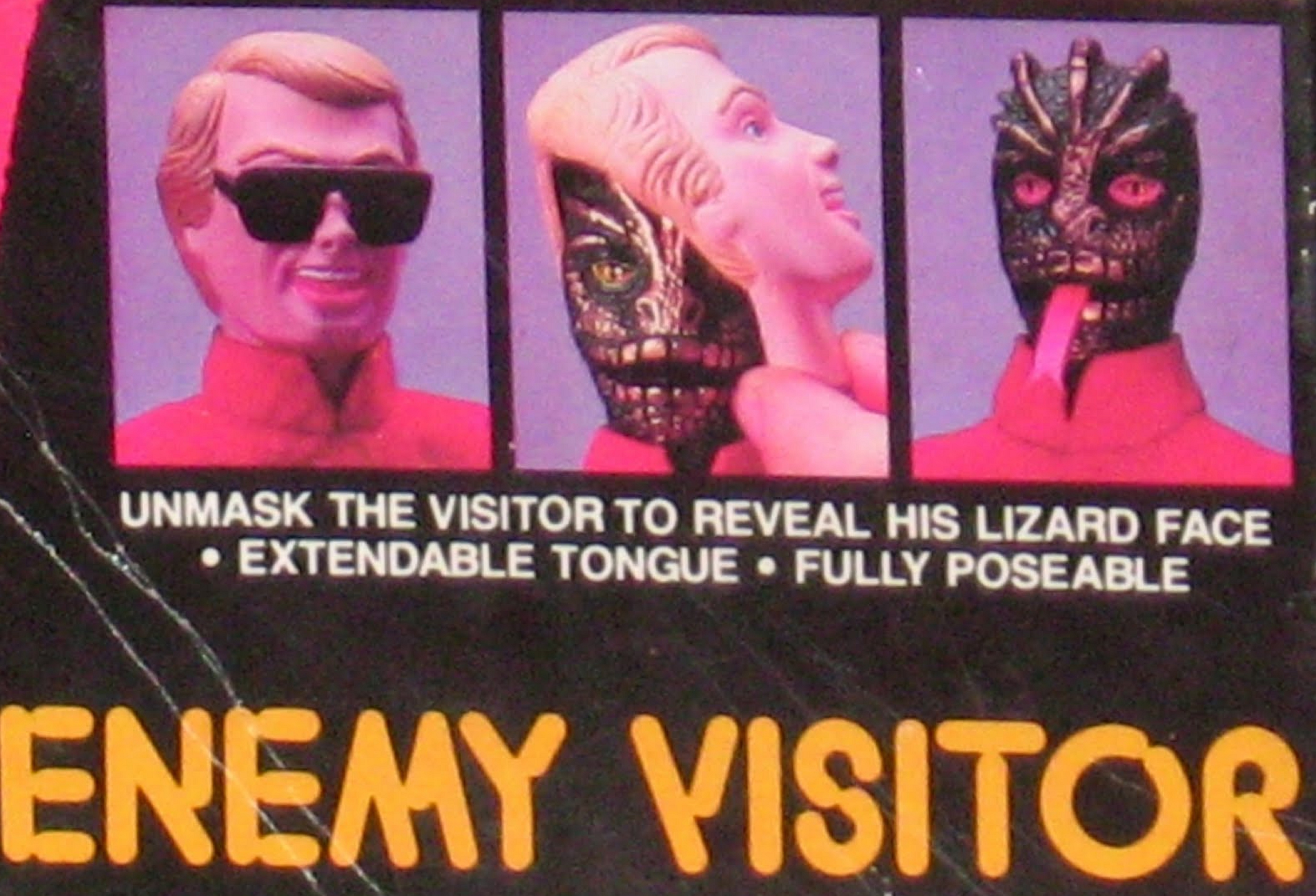 Designed for ages four and up, the Visitor figure’s box came emblazoned with the legend “THEY’RE NOT WHAT THEY APPEAR TO BE!”

A graphic below the figure revealed that youngsters could “unmask the Visitor to reveal his lizard face,” and made note of his “extendable [forked…] tongue.” 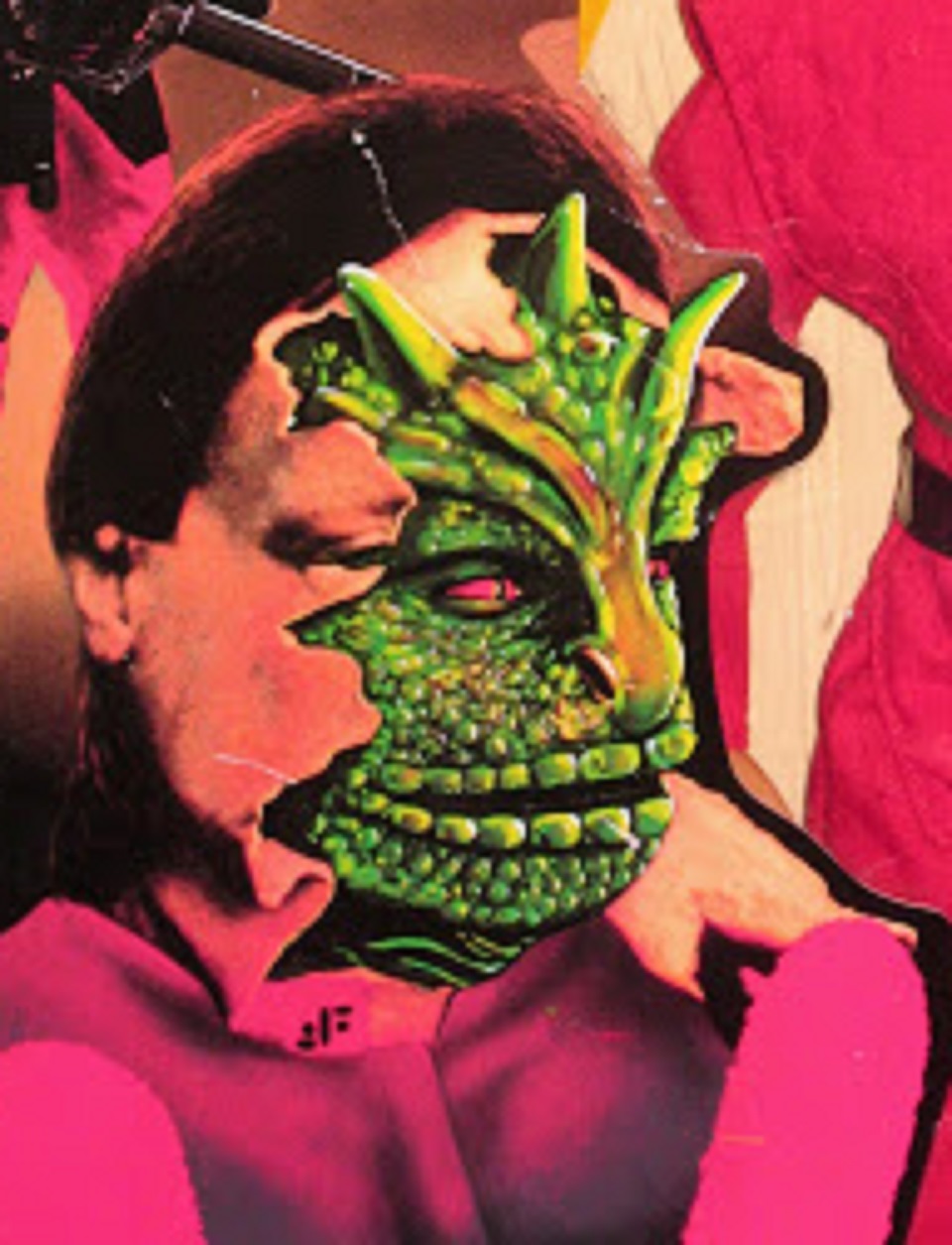 On the back of the box, LJN noted: “The Visitor keeps his true identity hidden behind a human face.  Unmask him and reveal the lizard creature!… The Human Mask is worn whenever you want to disguise the Visitor’s true identity. To remove the mask, grasp one corner between your thumb and forefinger and gently pull off.” 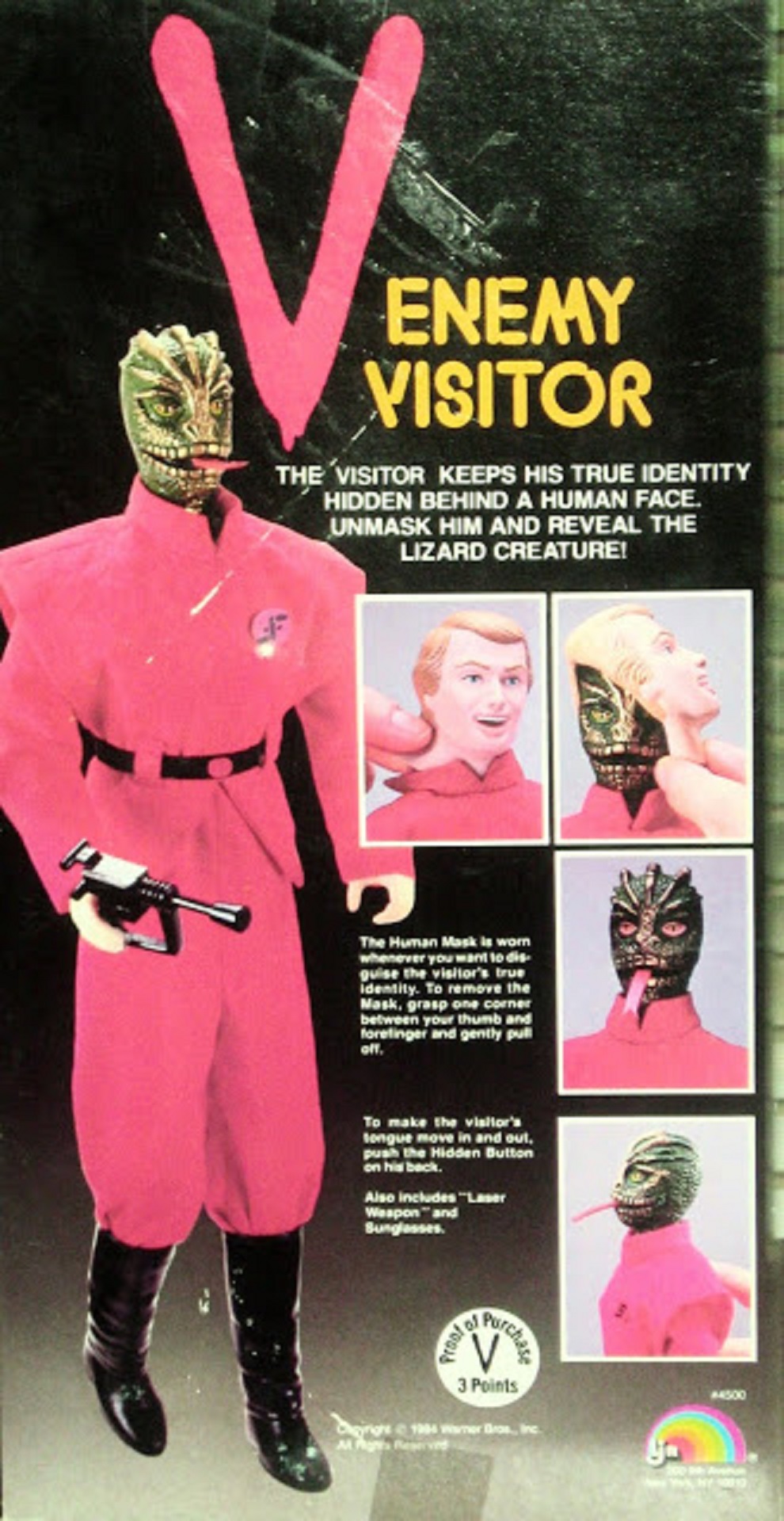 The box also suggests: “To make the Visitor’s tongue move in and out, push the hidden button on his back.”

Yes, you could actually extend the figure’s forked tongue by pressing a lever on the back of his neck.

Unfortunately, no further V action figures, vehicles or playsets were forthcoming to go along with this foot soldier, making the Enemy Visitor an unusual but memorable standalone.