Since Malcolm McLaren’s death nearly five years ago there has been a palpable rise in the plundering of the designs – in particular the graphics produced for punk t-shirts – he created with Vivienne Westwood in the 1970s.

A US vintage company is unwittingly featuring this forgery as an original t-shirt from Seditionaries on its Instagram feed. The unpleasant item is an example of the accelerating trade in McLaren/Westwood fakes, where previously non-existent designs – often with repellent overtones – are touted as ultra-rare one-offs

Banal content: More examples of previously non-existent designs marketed as McLaren/Westwood originals – complete with Seditionaries-style labels – from a Chinese retailer’s site last year. Note the design at bottom left has a fake label whereas the one at the top of this post does not

Above: A selection of more of the crude new designs touted as original garments on Japanese auction site Seditionaries Shop, which claimed more than 300 sales at prices averaging £150

This has not only led to the formation of an entire sub-strata of inauthentic punk design which operates below the radar on eBay, Etsy, Tumblr, Instagram, Yahoo Japan and through social network sites from bases operating from London to Beijing and Los Angeles, but also a spreading mutation of the original design direction with frankly awful freshly made composites being claimed as ultra-rare authentic pieces. 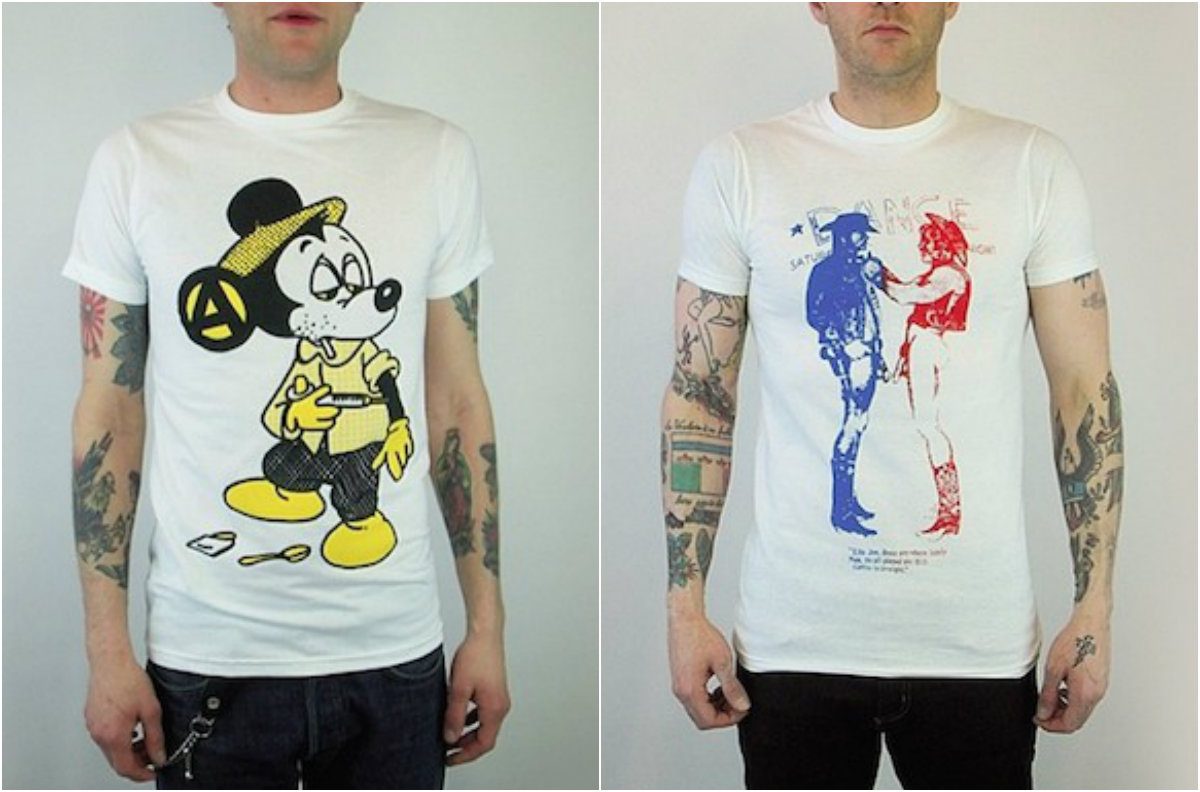 Seditionaries pastiche and McLaren/Westwood repro, both from the Instagram feed of US retailer fullbreach77, which makes clear that neither is authentic or original

This weird world is divided into five categories:

1. Straightforward repros, for example the Cowboys t-shirts sold through hundreds of outlets worldwide.

2. New hybrids which riff on elements of the original designs to create pastiches and parodies.

5. Strangest of all, forgeries bearing designs with no pre-existing elements which are sold at high prices as previously undocumented and highly collectable one-offs without provenance.

The last three listed above are all produced by fraudsters with criminal intent.

In the fifth category, “design” is cut loose from the original work in terms of content but attempts to channel the visual language of the 70s partnership. Naturally it fails, since the work is not only imaginatively constrained but also utterly bereft of the critique which was unique to the McLaren/Westwood collaboration.

In this strand of ugly outsider design, the potency of McLaren and Westwood’s original work is betrayed by amateurish execution, banal composition and an over-arching cruelty unleavened by the sophisticated graphic placement, dexterity and informed choices of the originals. 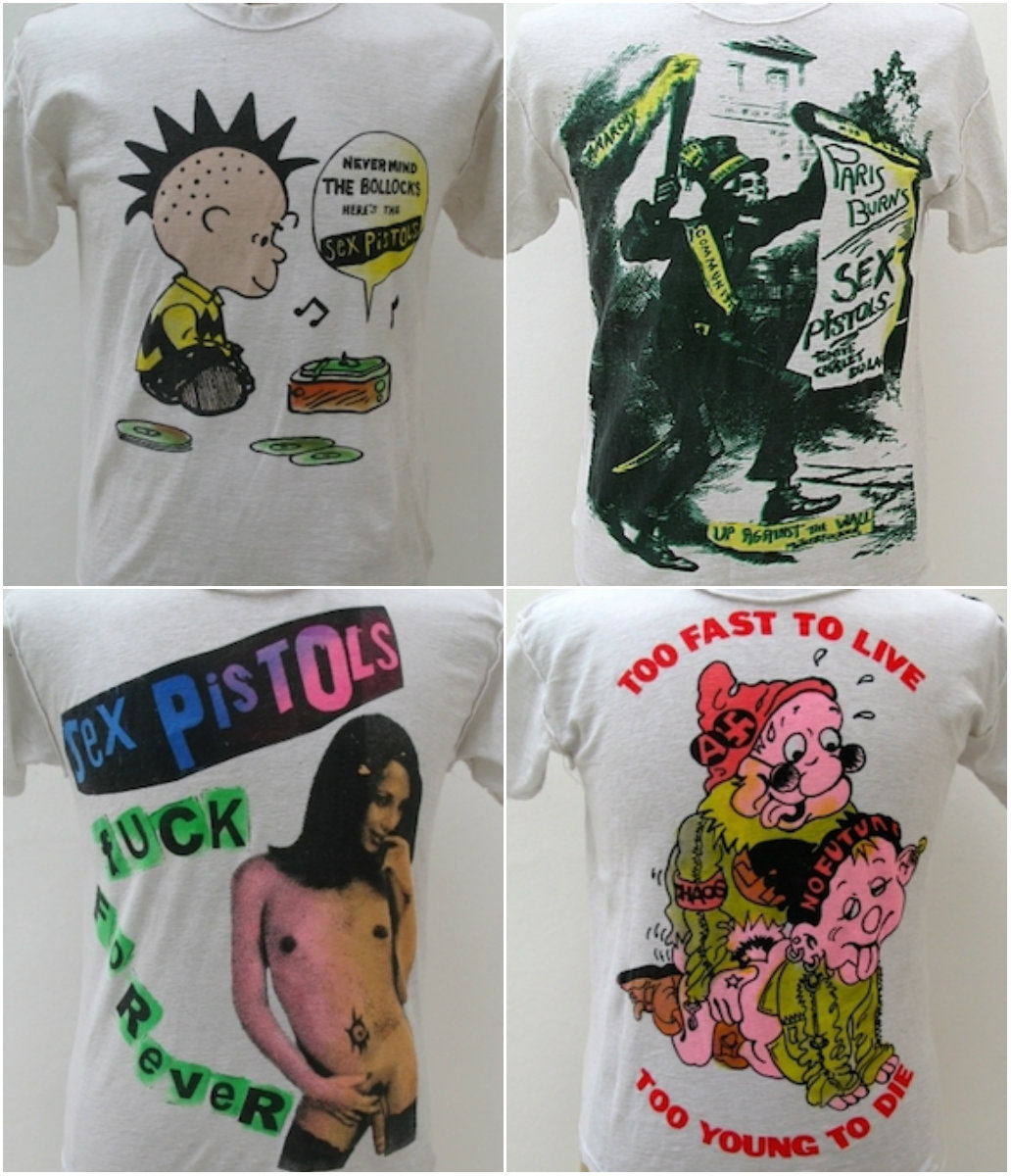 An entire corpus – dozens and dozens of totally inauthentic category 5 designs – has been marketed online through Japan and China at high prices over recent years and examples of this proliferation are now finding their way back to the West. 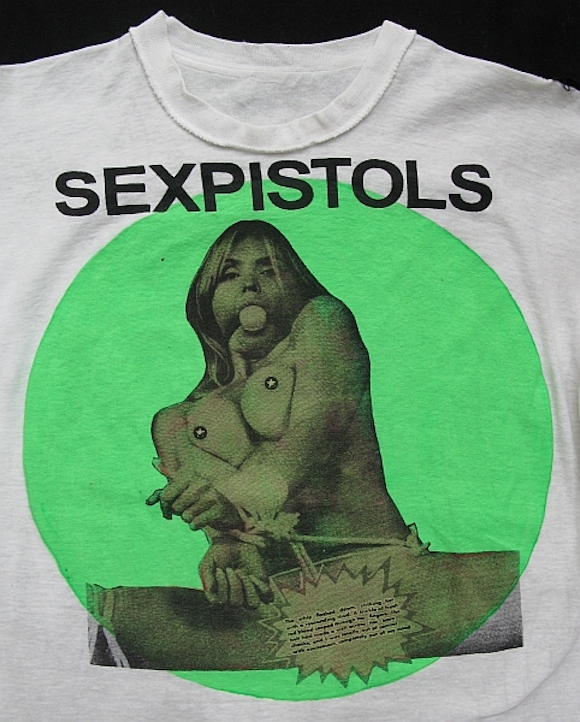 Beyond that, no provenance was provided, and nor could there have been. It was not designed by McLaren and Westwood and sold through 430 King’s Road in its incarnation as Seditionaries in 1979.

For a period this particular design and many of the others featured here were promoted via a Japanese Yahoo auction site called Seditionaries Shop which has been intermittently active since 2008 and claims hundreds of sales. It also popped up on a Beijing retailer’s site last year along with several other category 5 garments.

Like the US vintage company, the Beijing retailer says they were assured of the authenticity of the garments. Prudently the Chinese retailer pulled the dodgy gear from sale.

These and others like them are still doing the rounds online, particularly on Instagram and Tumblr, which are being blatantly exploited for their shop window sales potential.

One thing is clear; there exists somewhere a substantial manufacturing capacity. The shirts shown here are a small sample of the forgeries banged out over recent years.

Ironically, given the high fiscal values attached to the t-shirts (which are foisted in the main on unsuspecting Asian audiences who do not possess the full visual understanding and knowledge of the form), all of this category 5 production is design work which is entirely worthless in creative terms.

And so the shock component of McLaren and Westwood’s serious-minded project to blow the lid off British sexual repression in the mid-70s is reduced to cack-handed juvenilia.