Forced to leave his native Hungary for life in France by anti-Jewish persecution, André Kertész (2 July 1894 – 28 September 1985) arrived in New York on an assignment for the Keystone agency in 1936. War prevented his return to Paris, where he had flourished. He’d been a major player in the Parisian art scene during the inter-war period. But in New York, Kertész had to begin anew. Necessity, perseverance and talent enabled him to earn a living in a strange land and eventually thrive. But he never felt at home. “People here don’t look at things in a romantic way,” he said in 1985, ”but I am looking always; looking back, and at the new things, too. I don’t give up… I never give up. This is the only way to give some color to life.”

Kertész was naturalized on 3 February 1944. In 1952, he and his wife Elizabeth moved to a 12th-floor apartment near Washington Square Park. Using a telephoto lens, he took pictures of the scenes outside his window. He would continue to photograph the everyday views below, the shapes, shadows and people you never know but just see around until his death in 1985. The view from his eerie pans from New York University to the Hudson River, the World Trade Center Towers marking its midpoint. And what he shows is solitary, private activity, the focus on individuals in the flux of busy life. It’s all lyrical and poetic. But can you detect a trace of bitterness and longing in Kertész’s reclusive distance from subjects he shows in isolation from a god’s-eye vantage point? It’s his yearning to belong, the photographer’s quintessential love of life, that make these pictures so captivating. 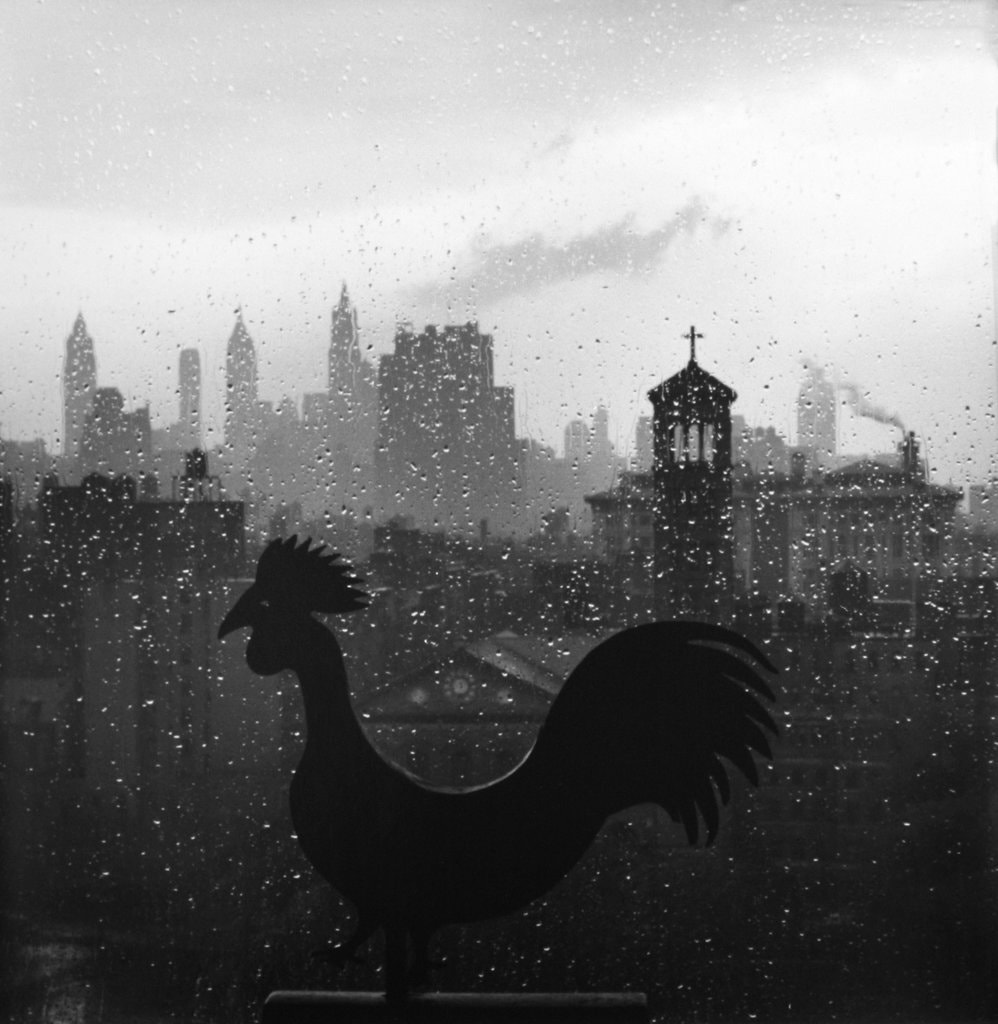 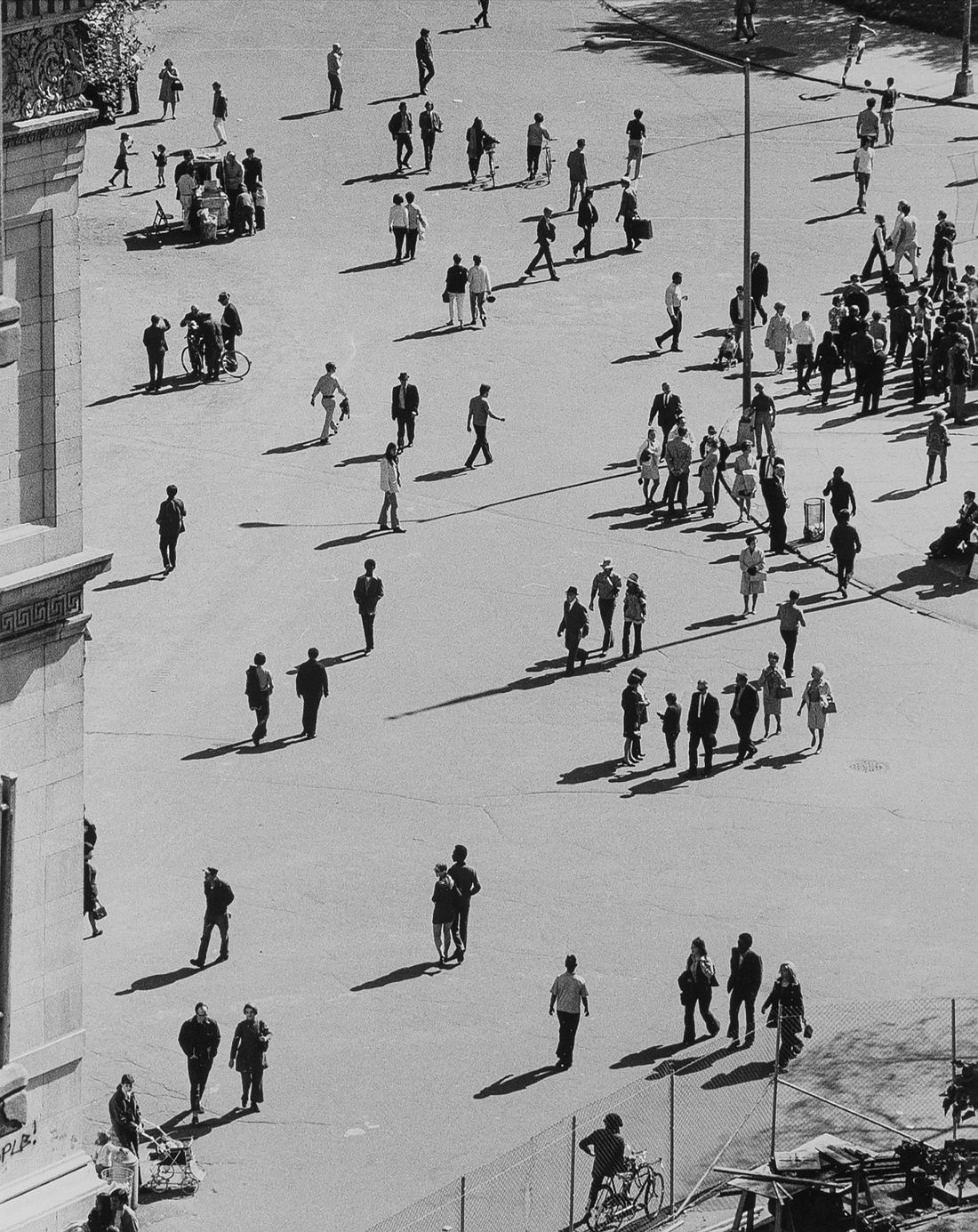 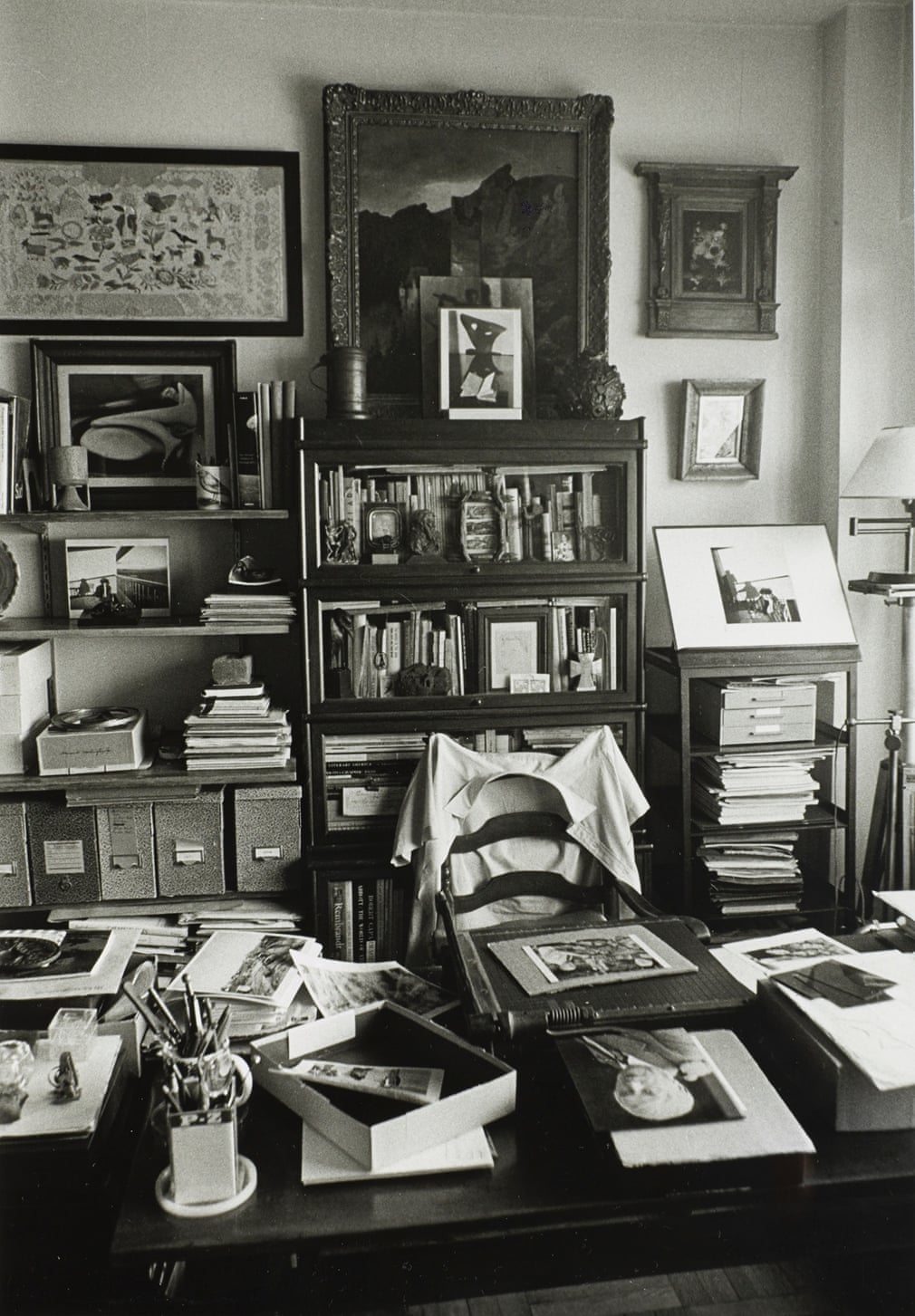 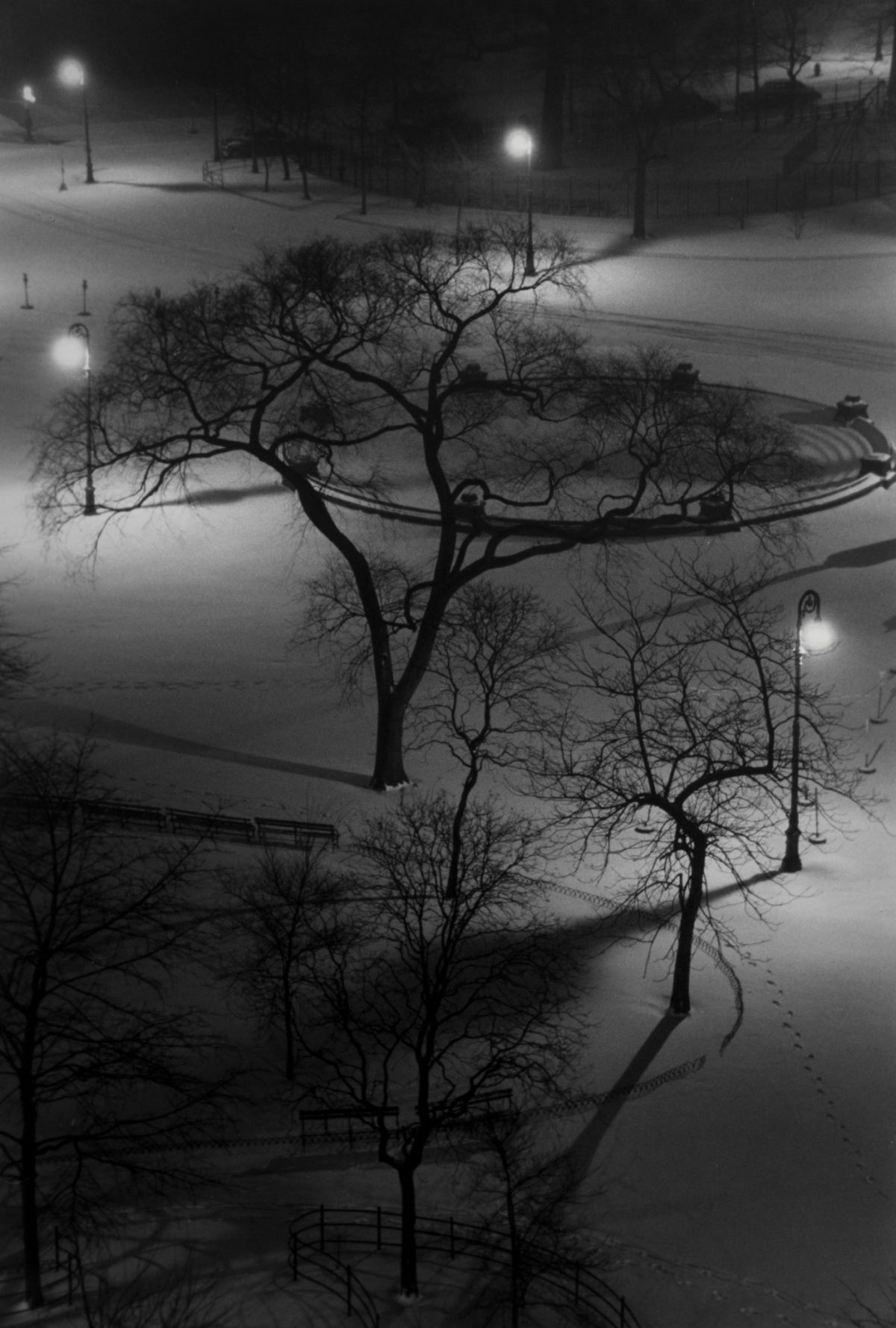 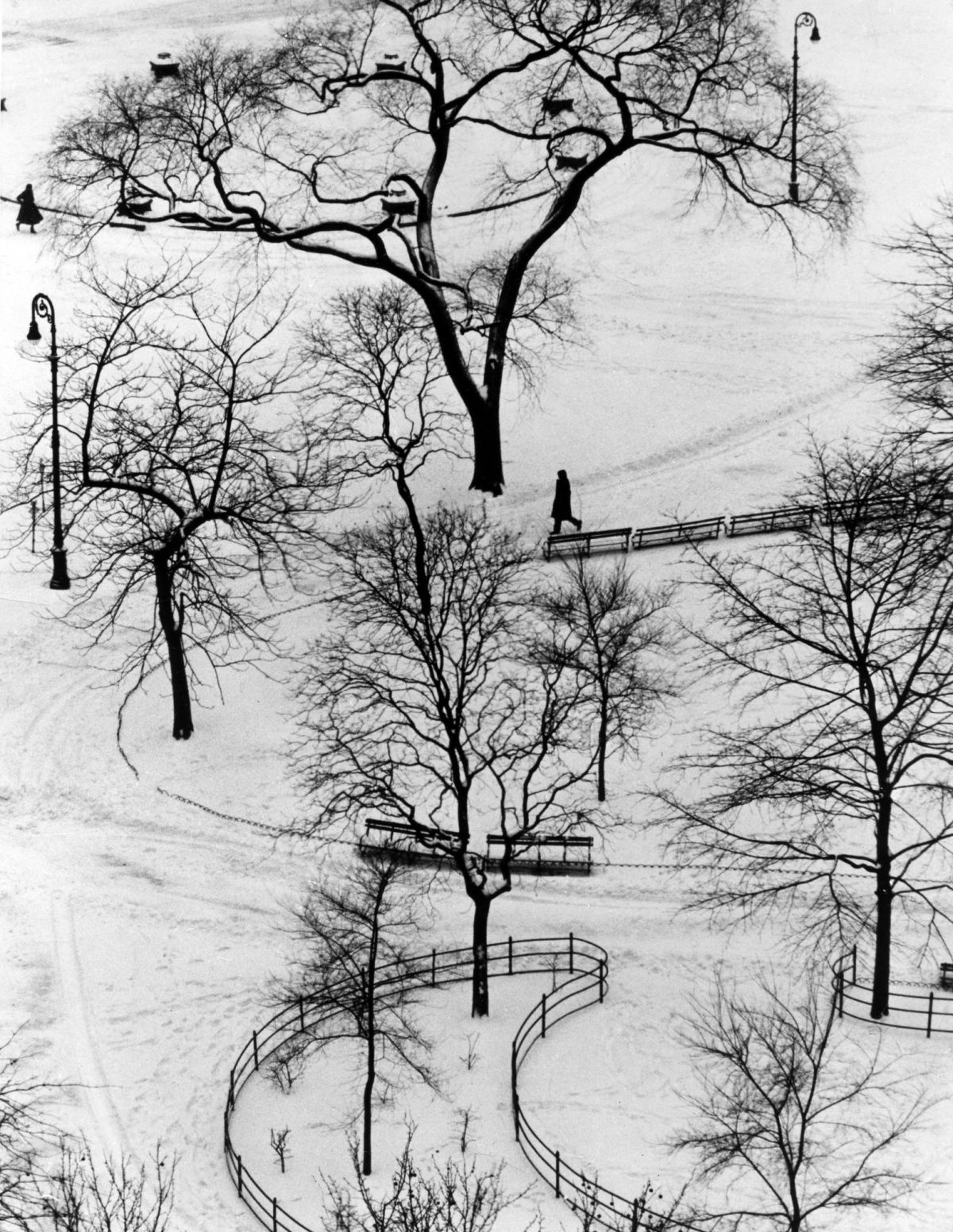 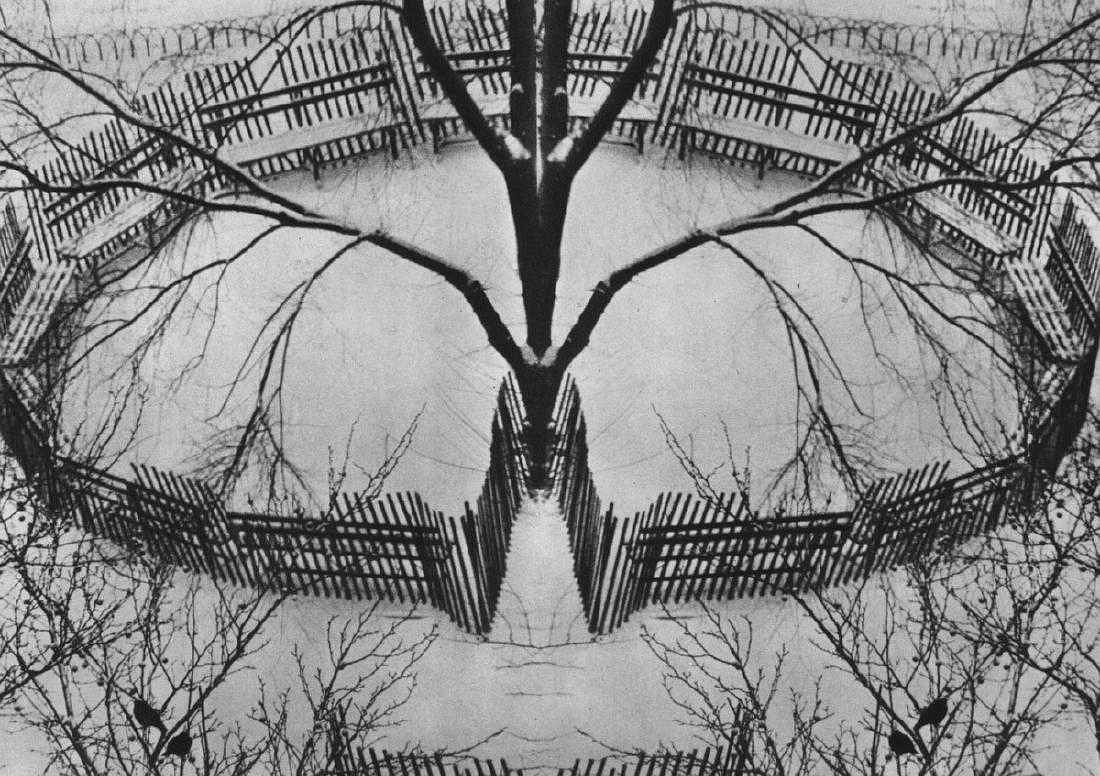 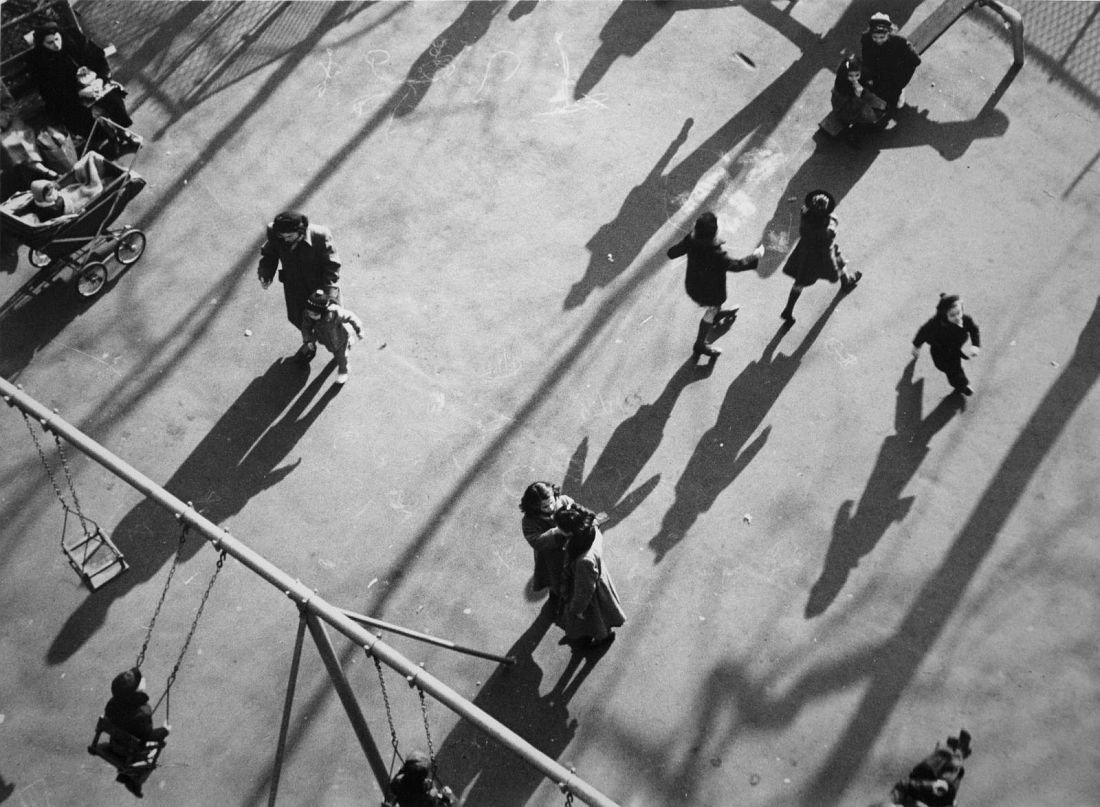 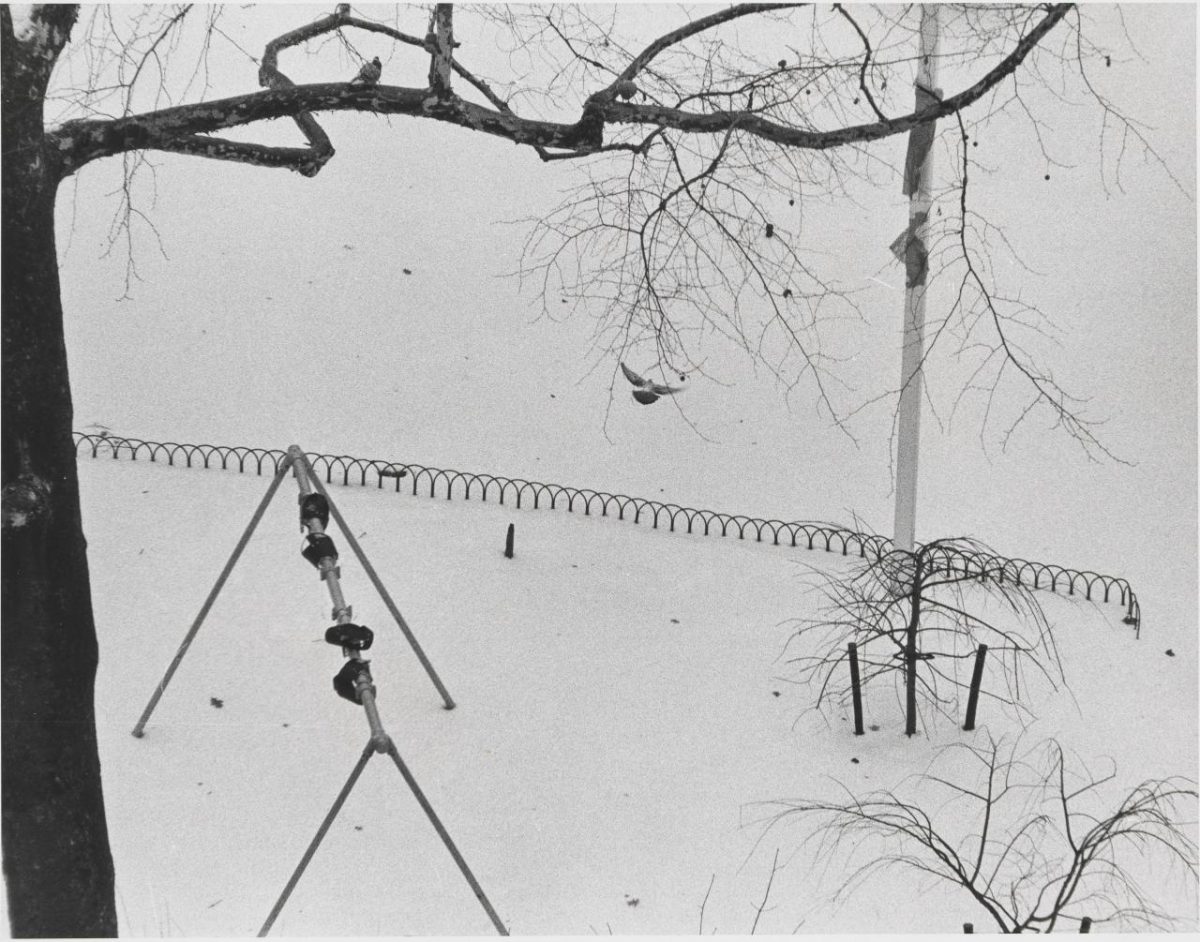 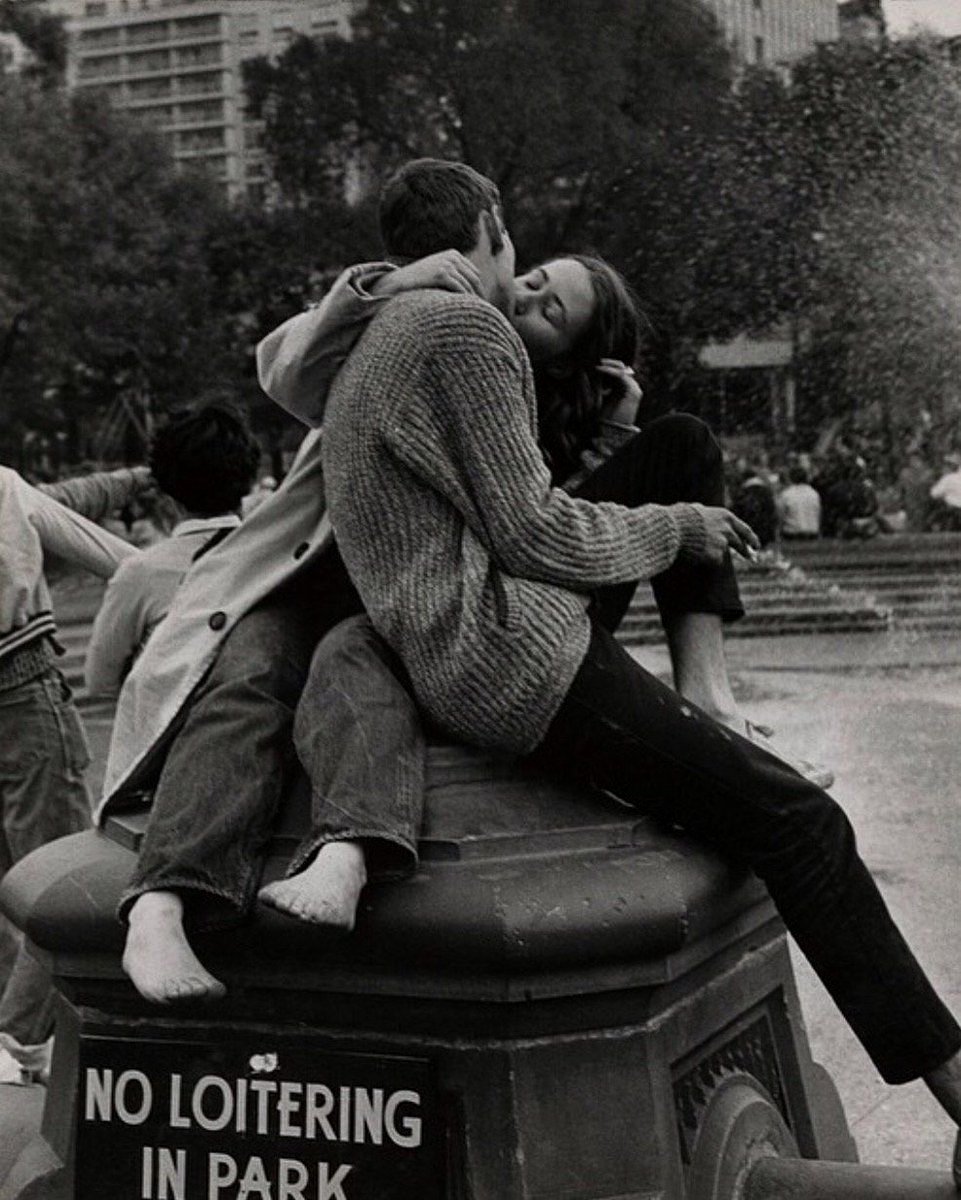 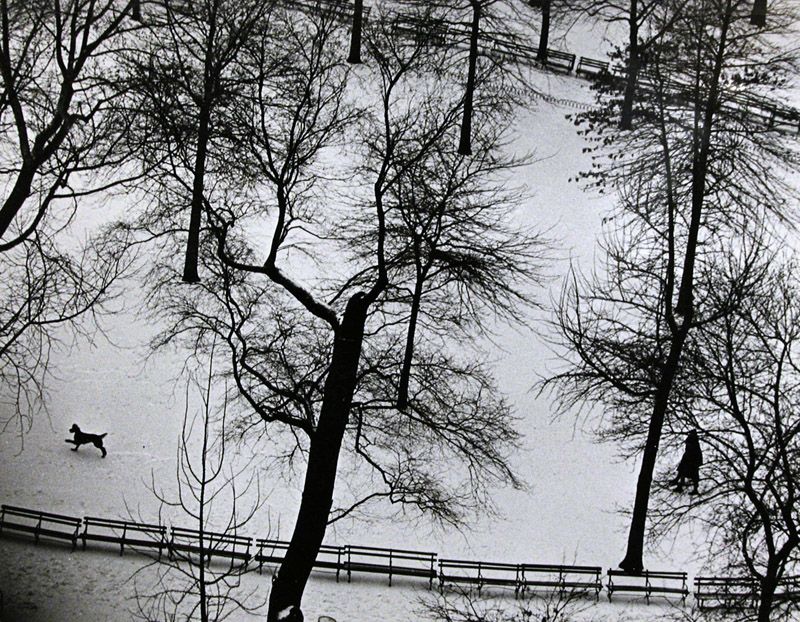 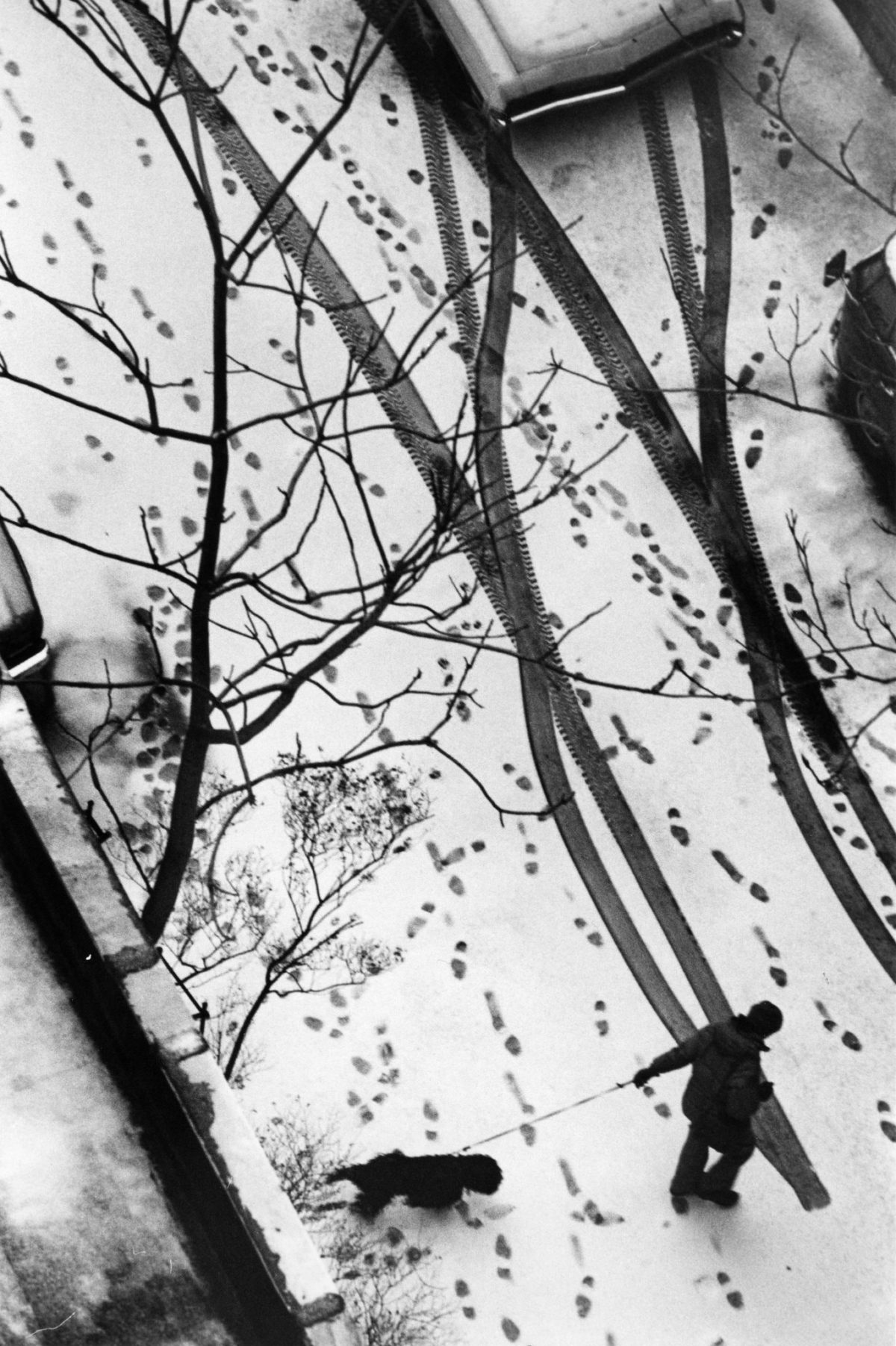 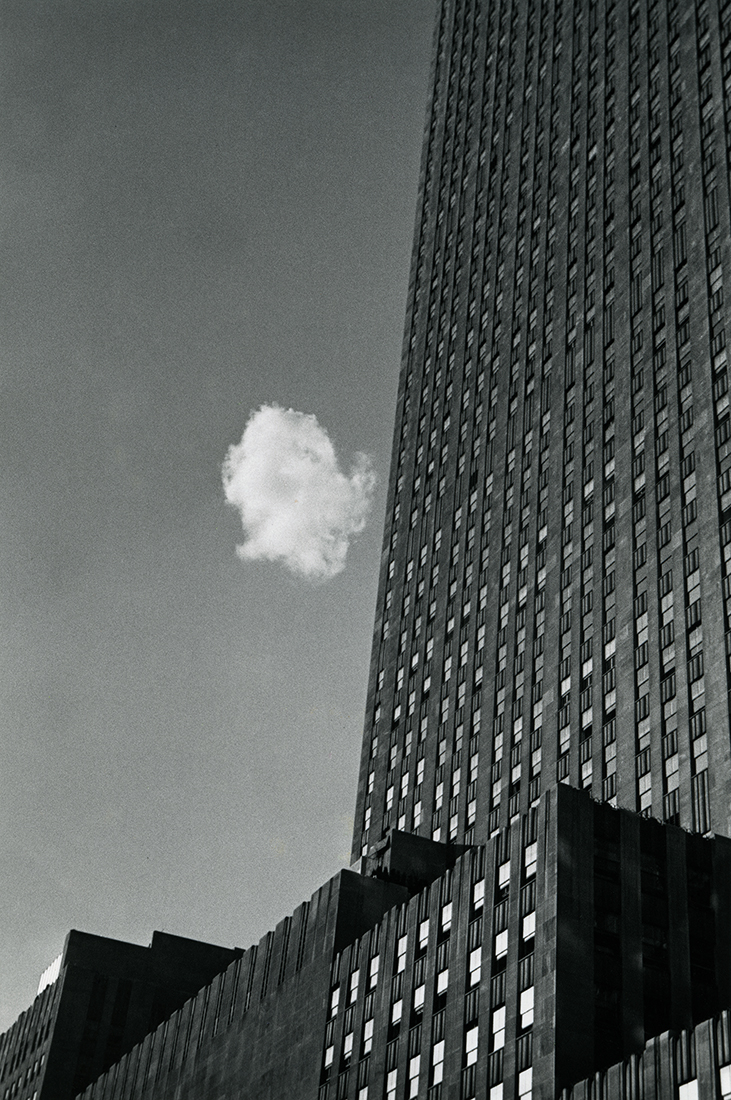 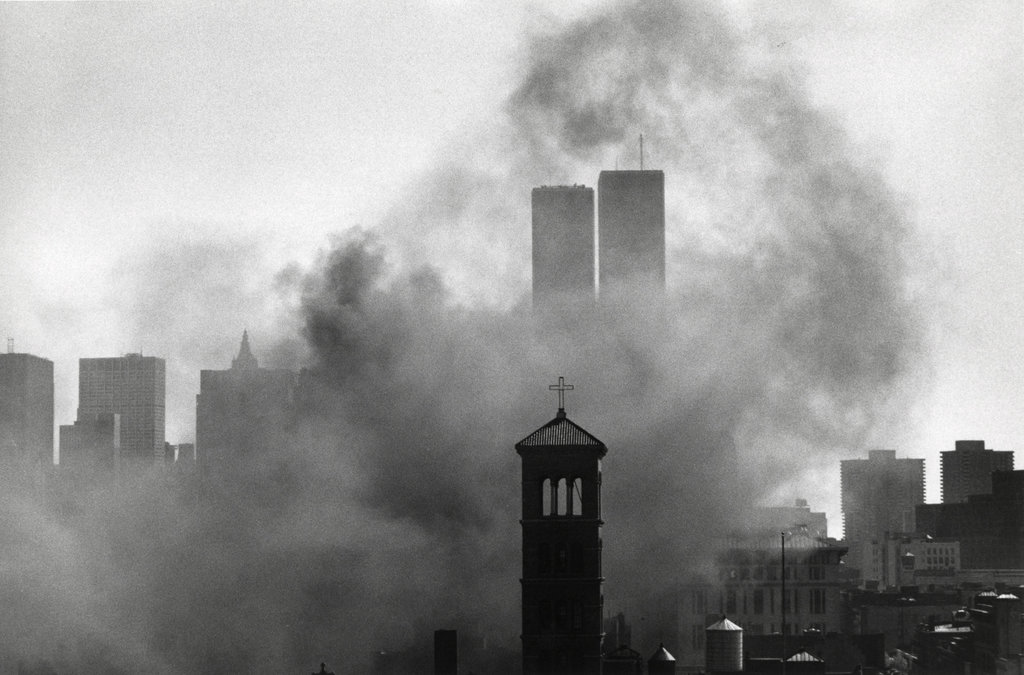 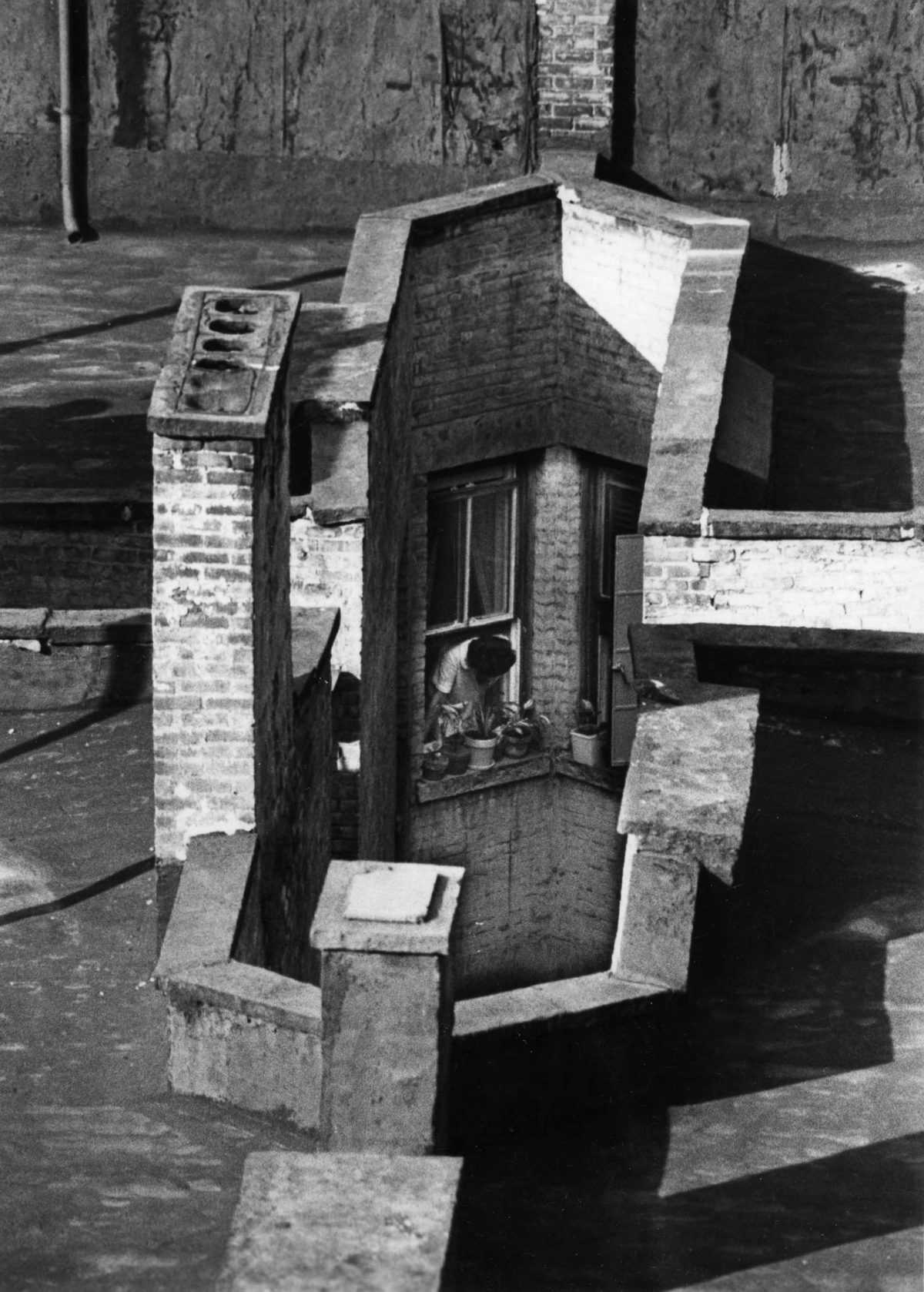 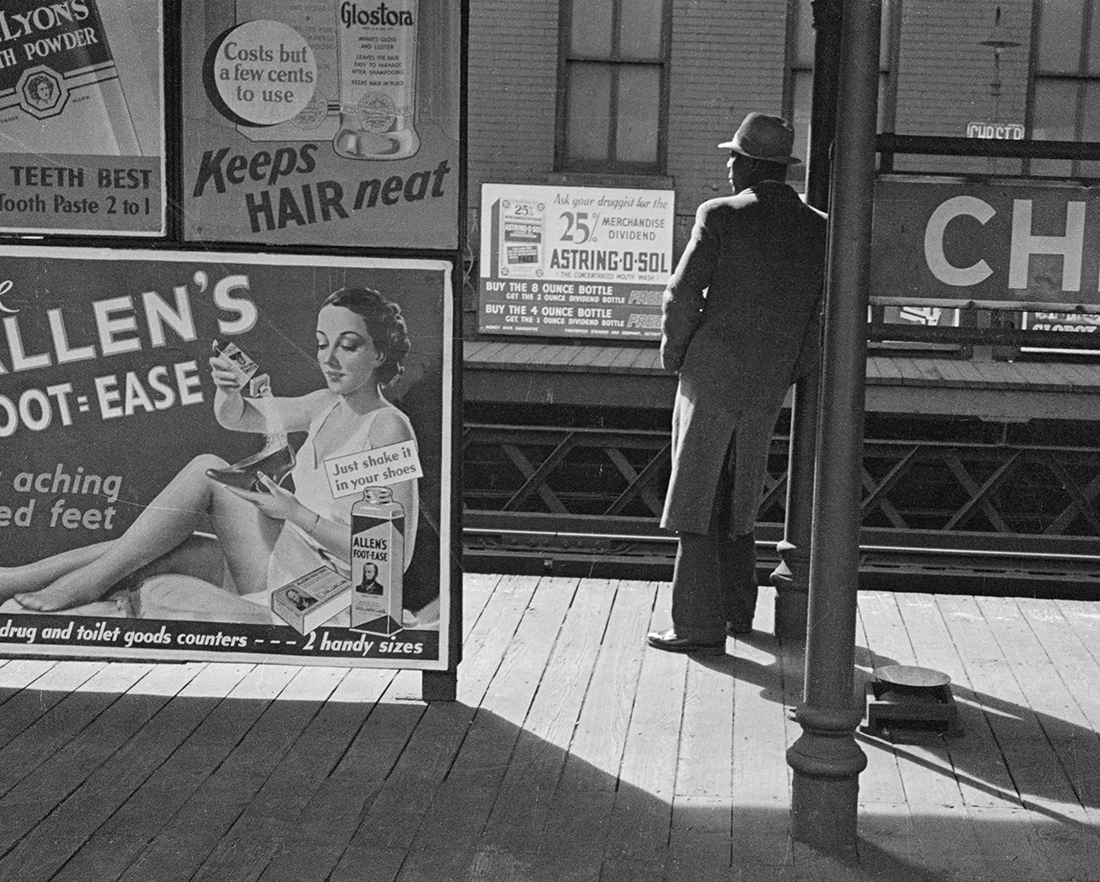