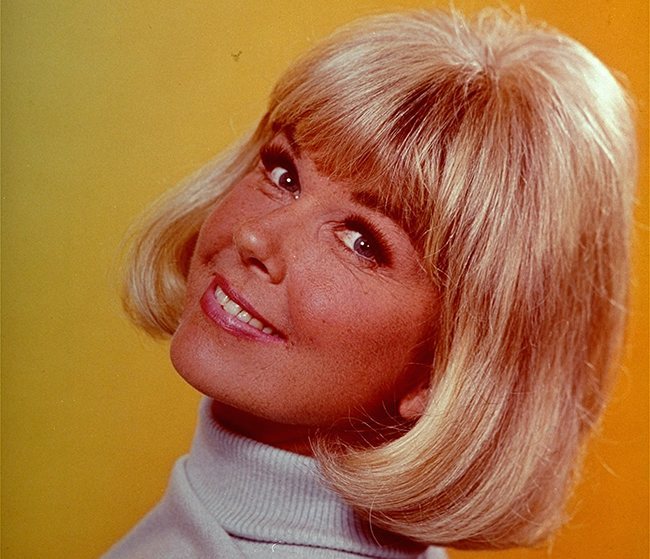 A NEW season, and a new chant.

Yes, Manchester United supporters have hailed the arrival of the Moyesiah with a new song: “So Come on David Moyes, Play Like Fergie’s Boys. We’ll go wild, wild, wild!”

Strangely, Slade were until now unrepresented on the terraces and stands, despite taking the unusual step of releasing a single called Give Us A Goal…

…which unsurprisingly failed to supplant the well established “All we are saying is give us a goal”, based on John Lennon’s Give Peace A Chance…

…which effortlessly makes the top twelve tunes from the Golden Age of Pop that have served with distinction in the football grounds of Britain, and continue to be sung to this day…

Que Sera, Sera (Whatever Will Be, Will Be)

Doris Day’s 1956 recording appeared in Alfred Hitchcock’s film The Man Who Knew Too Much. Better known today as We’re going to Wem-ber-leee.

We Love You Conrad

The 1963 film Bye Bye Birdie, based on the successful Broadway musical, gave us this rather annoying ditty. Replace ‘Conrad’ with your team’s name for one of the most enduringly popular chants.

“And it’s [INSERT YOUR TEAM HERE] F.C. They’re by far the greatest team the world has ever seen…” And here are The Dubliners, with their own version, from the 1960s…

The Monkees’ 1967 was adapted as Cheer up Peter Reid and used, with various lyrics, both for and against the simian-visaged scouser – and subsequently other unfortunate managers.

Son Of My Father

The peculiar lyrics of Chicory Tip’s monster hit can possibly be explained by the fact that they are translated from the German original. Just as well, then, that the tune is usually accompanied by the simple repetition of any player’s name that has the requisite syllables.

Associated since its inception with Millwall’s “No one likes us” signature, it has nonetheless been adopted by pretty much ever team as the delusional “We are [INSERT YOUR TEAM HERE] from [INSERT YOUR TEAM’S GROUND HERE]”.

The Gap Band’s 1979 disco sensation spawned three phenomena: the short-lived ‘rowing dance’, the longer-lived “Ooh ah! Paul McGrath!” and the eternal ‘We are going/staying up!’

Another from 1979, and even more successful among the football family. The Village People’s catchy chorus has been adapted for numerous circumstances, but is most commonly utilised for the basic but effective “You’re shit and you know you are”.

This odd track – incongruously situated on the Beach Boys’ maudlin classic Pet Sounds – took more than three decades to break into the chanting charts. It has dominated like Bryan Adams ever since, with lyrical topics ranging from goalscoring to Jimmy Savile.