Smoking is bad for your health. But once upon a time the sublime smoke was good for your image. And you know what: when you’re smoking you think before you speak; and when you do speak, you pace yourself. The puff is the pause and punchline.

We’ve raided the archives for these pictures of the good, bad and great smoking cigars. 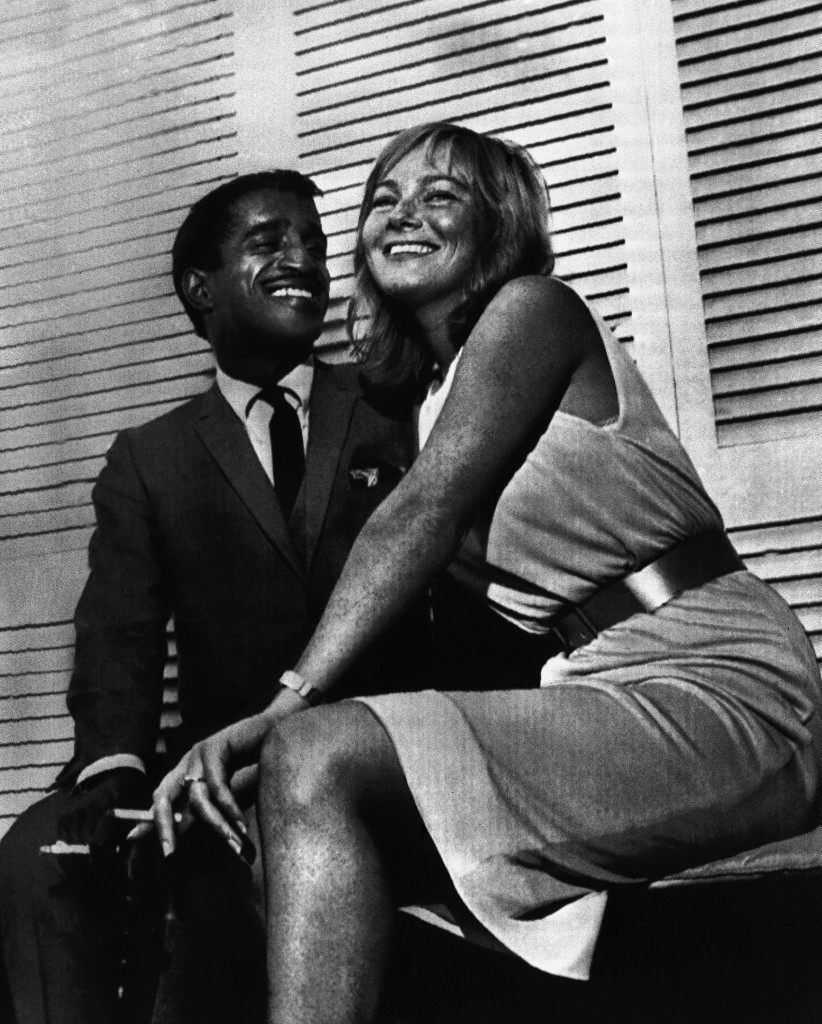 American entertainer Sammy Davis Jr., 34, and Swedish movie actress Mai Britt, 24, pose in a London Hotel, on June 7, 1960, after announcing they plan to marry. The five-foot-six-inch Davis and five-foot-seven actress said they would wed after her divorce from Eddie Gregson becomes final on September 28. (AP Photo) 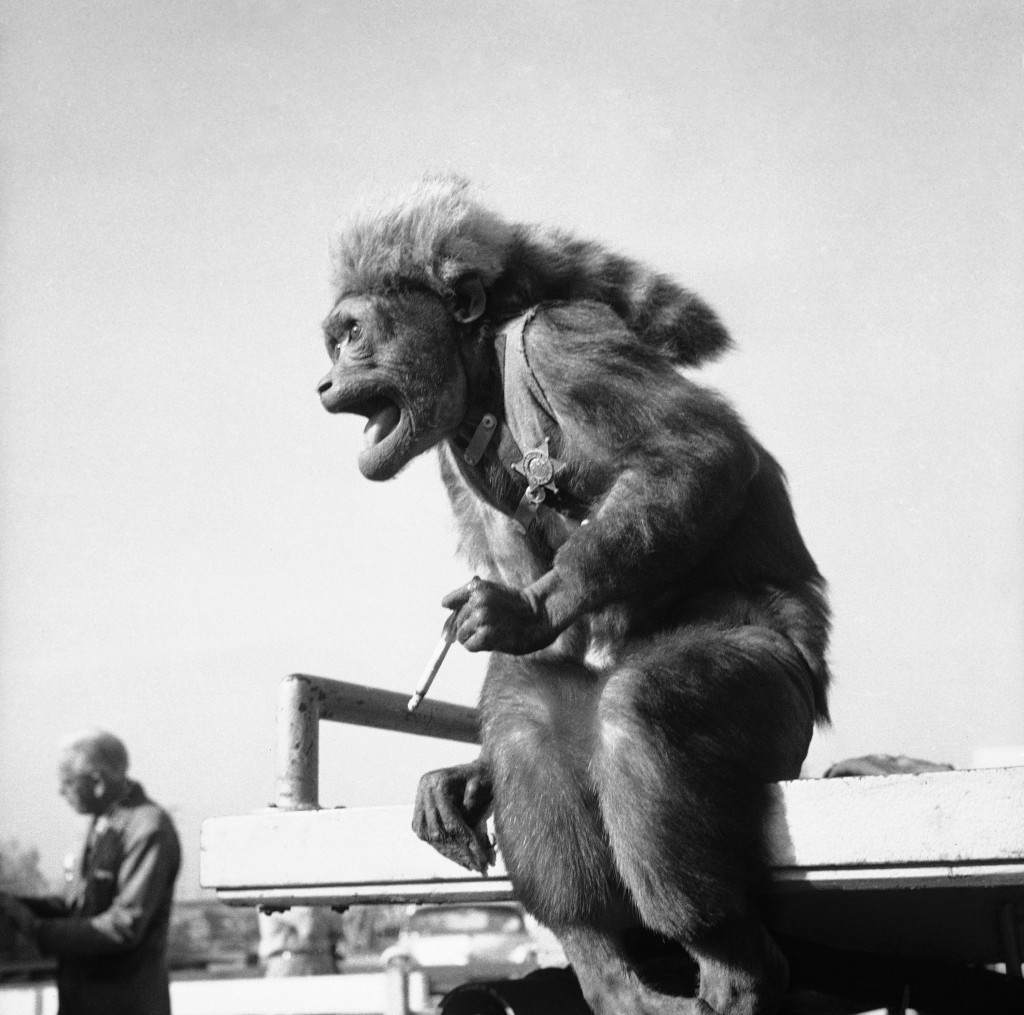 “They should a had an agent,” is the way a movie press agent interpreted this bit of yowling from Fuzzy, a cigarette-smoking movie-making monkey in Hollywood, May 28, 1959. The publicist says Fuzzy was talking about the flight through space by two monkeys named Able and Baker – all in the interest of science. (AP Photo) 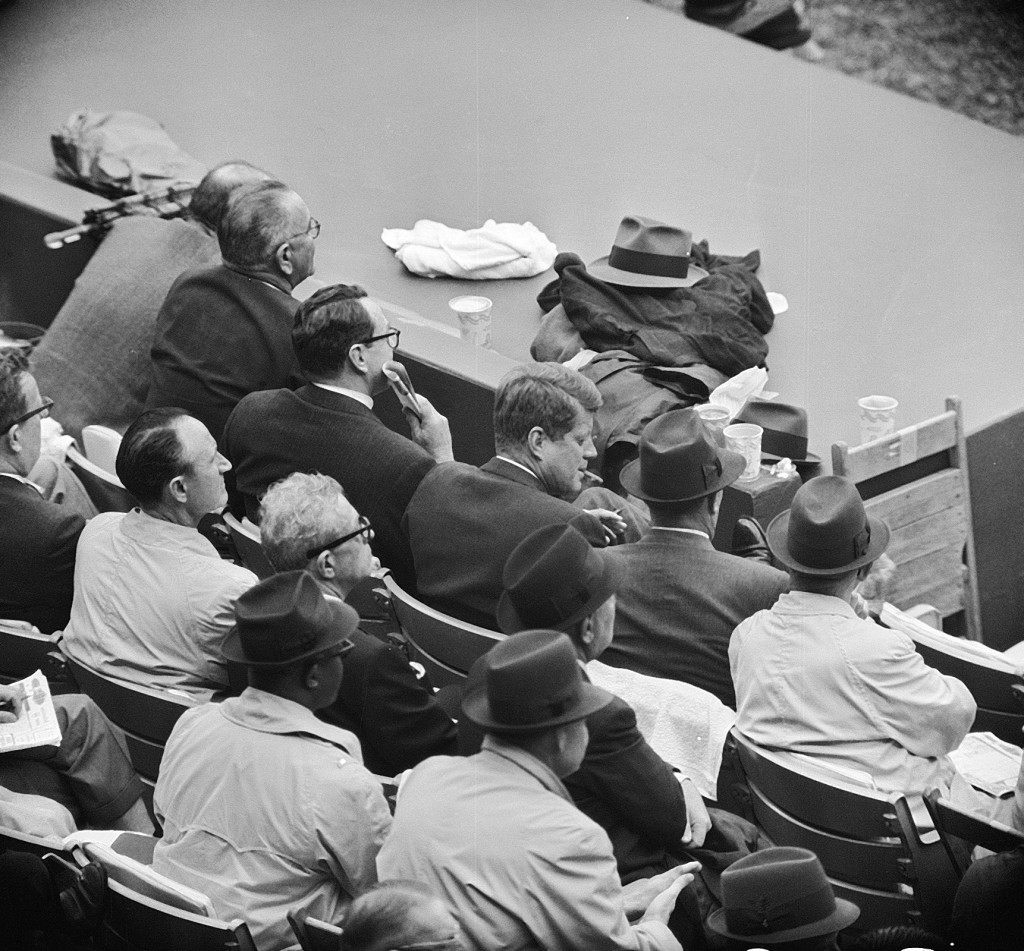 President John F. Kennedy enjoys a cigar while watching a baseball game between the Washington Senators and the Detroit Tigers in Washington April 10, 1962. (AP Photo) 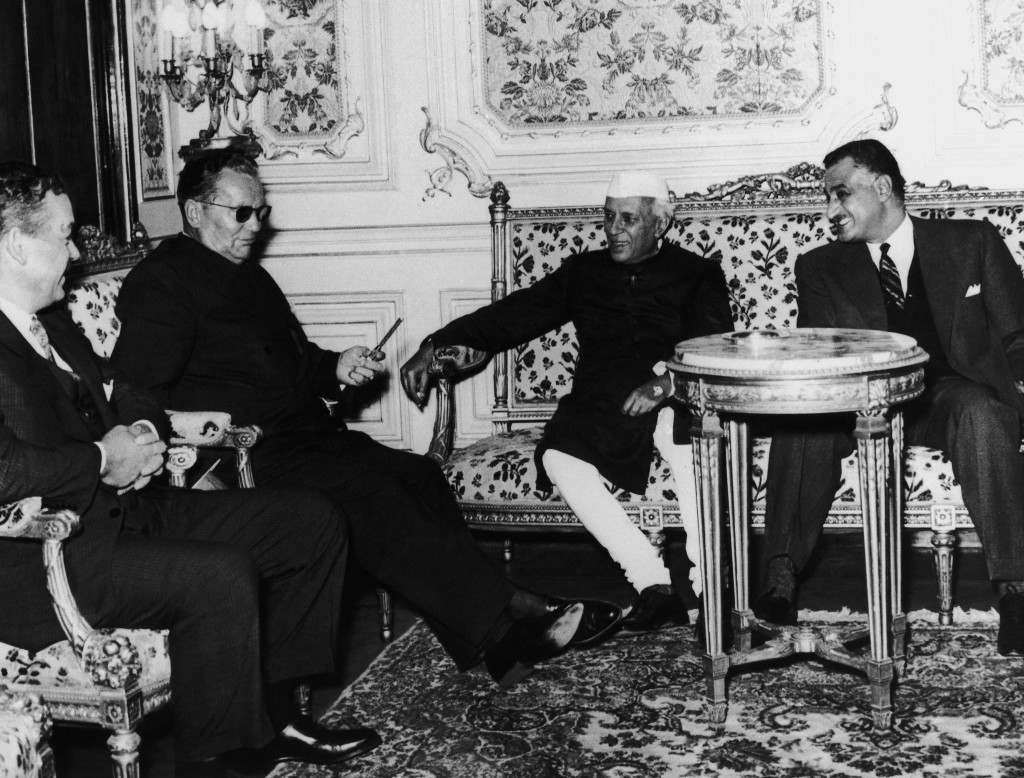 President Gamal Abdel Nasser, right, provides a light for the cigar of President Josip Broz Tito of Yugoslavia after the latterÂs arrival at the Presidential Kubbeh Palace in Cairo, Egypt on Nov. 17, 1961. Tito has just arrived from Belgrade for a meeting in Cairo with Nasser and IndiaÂs Premier Nehru, center. (AP Photo) 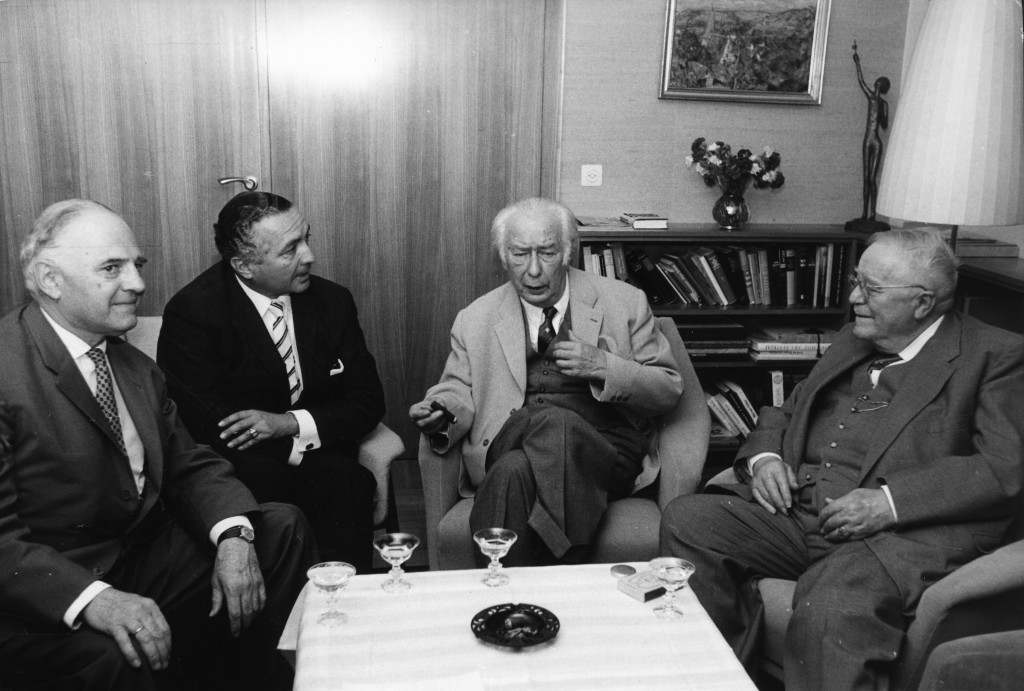 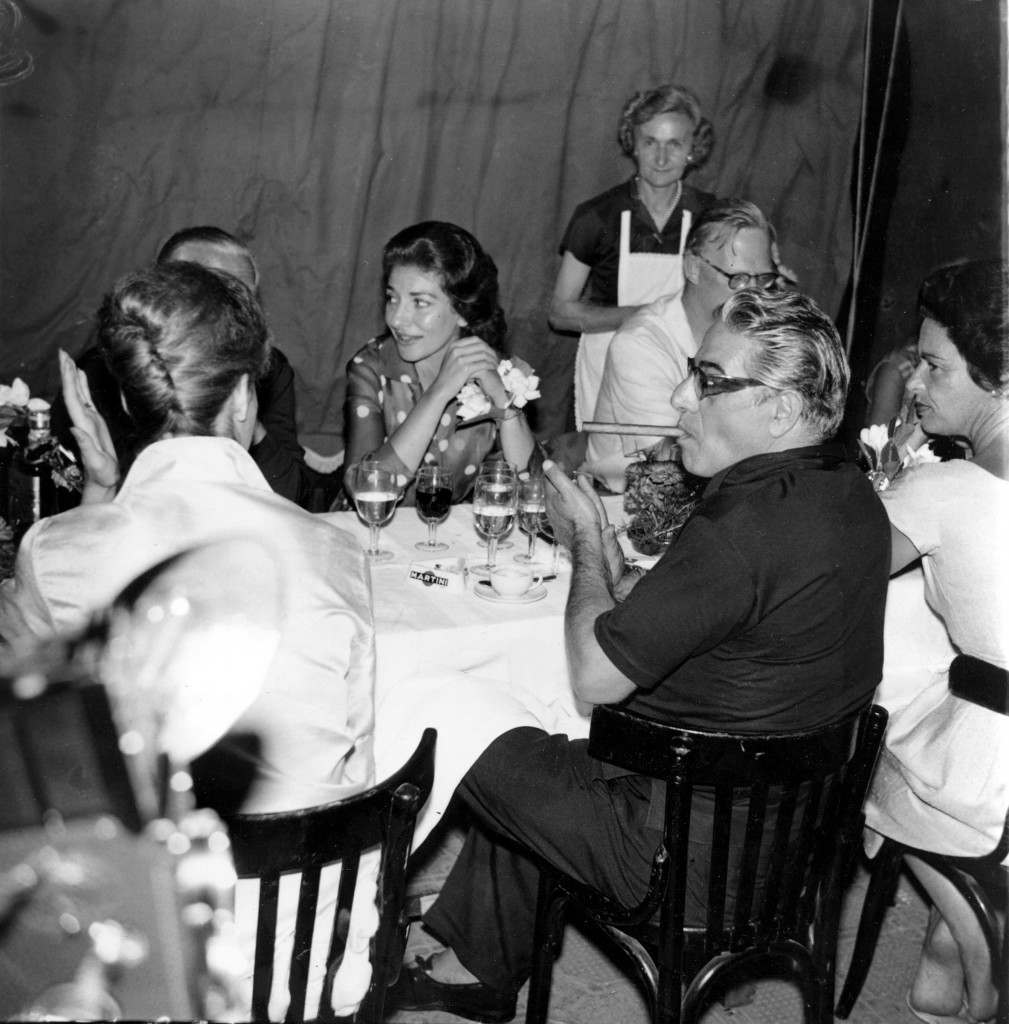 Aristotle Onassis, foreground with cigar, and Italian opera singer Maria Callas, center background, are shown at a restaurant party in Portofino, Italy, on July 10, 1961. They are cruising the Mediterranean on Onassis’ yacht Christina, which is anchored off Portofino. (AP Photo) 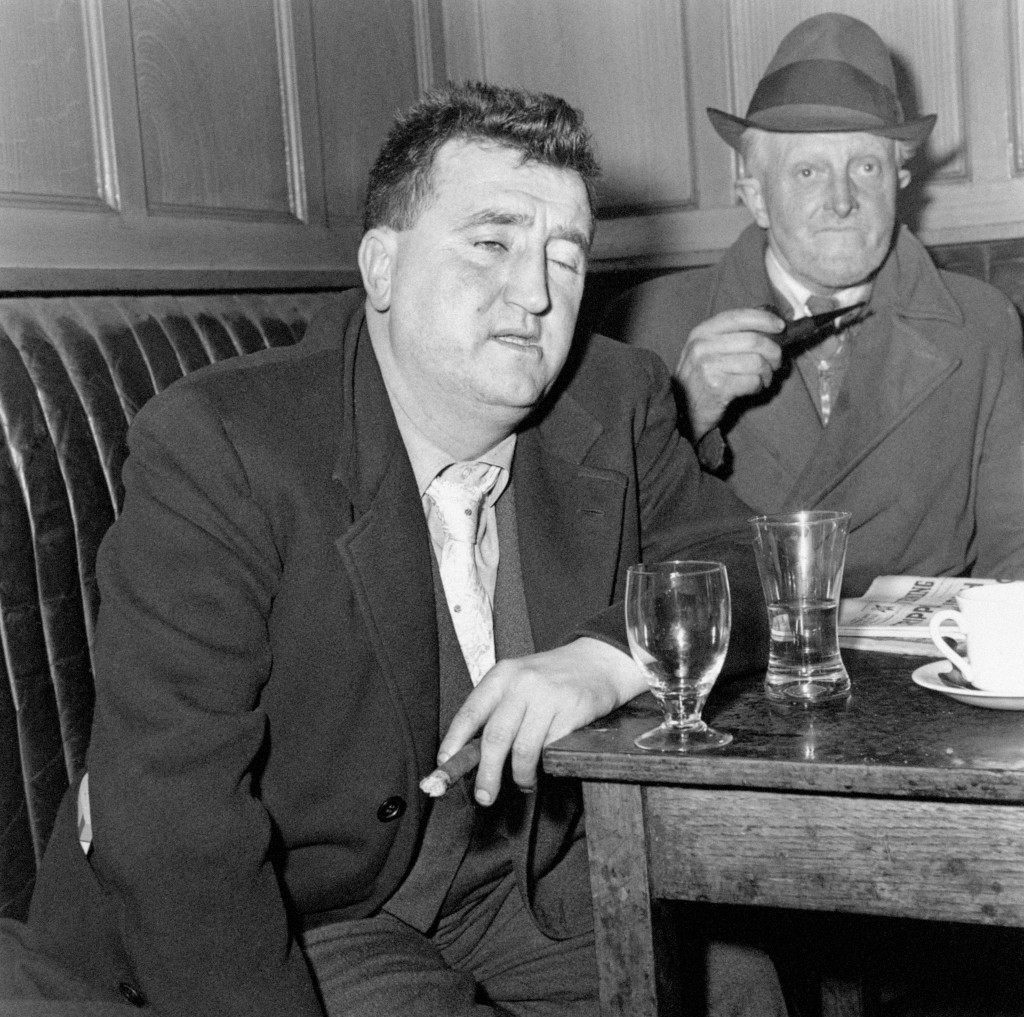 Irish playwright Brendan Behan, whose plays “The Quare Fellow” and “The Hostage” were enthusiastically received in London’s West End, enjoys a drink and a chat with his friend Michael Collins in Tom Moore’s Bar in Dublin, Ireland.
Picture date:February 9, 1961.
Ref #: PA.2414430 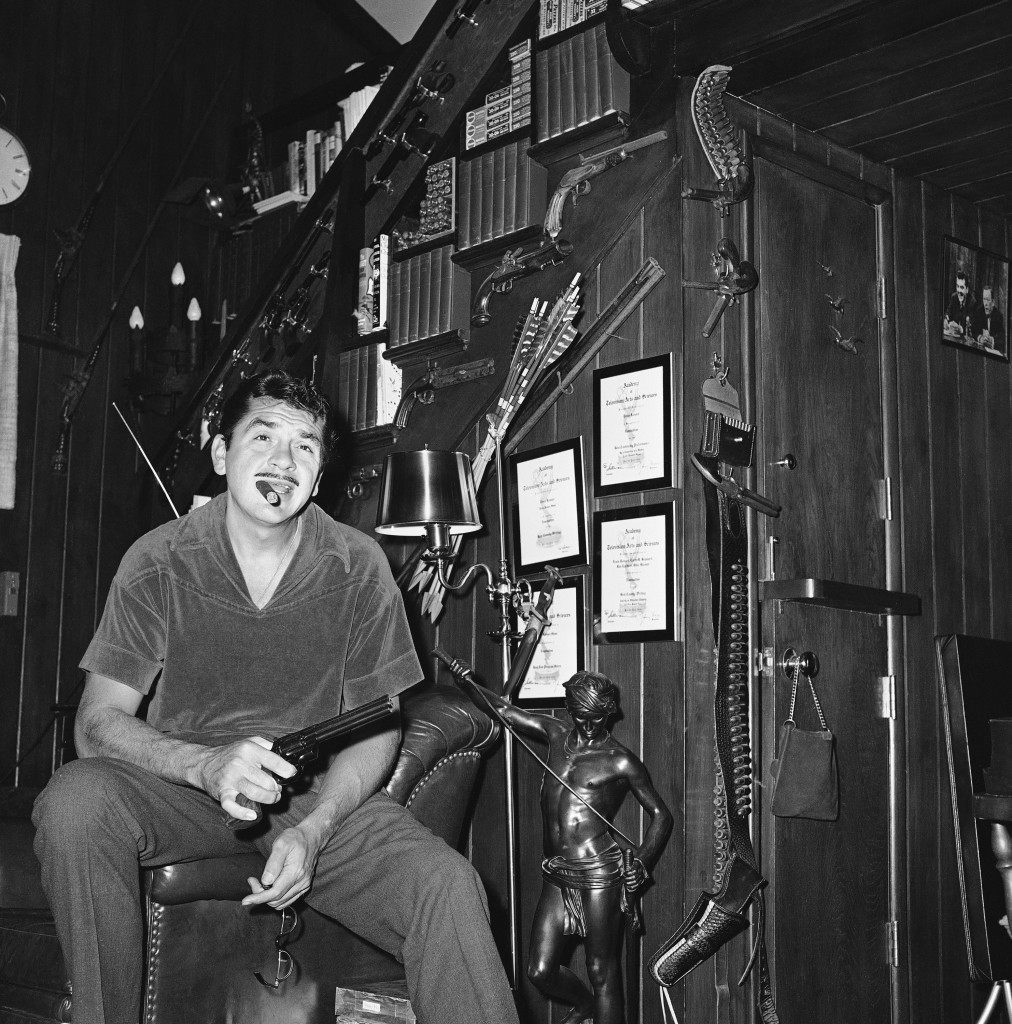 Ernie Kovacs, the 41-year-old TV and movie star who has been hailed as one of the brightest comedy finds in years, relaxes in the den of his $600,000 home, a huge colonial set on a grassy knoll in Beverly Hills, Nov. 2, 1960, Los Angeles, Calif. ItÂs a nice, quiet place to look over script, says Kovacs, whoÂs rarely seen without a cigar in his mouth. He shares the big house with his actress singer wife, Edie Adams, and their three children. Ernie and Edie also share the TV spotlight. TheyÂre together on the ABC-TV panel show, ÂErnie KovacsÂ Take a Good Look.Â (AP Photo/David F. Smith) 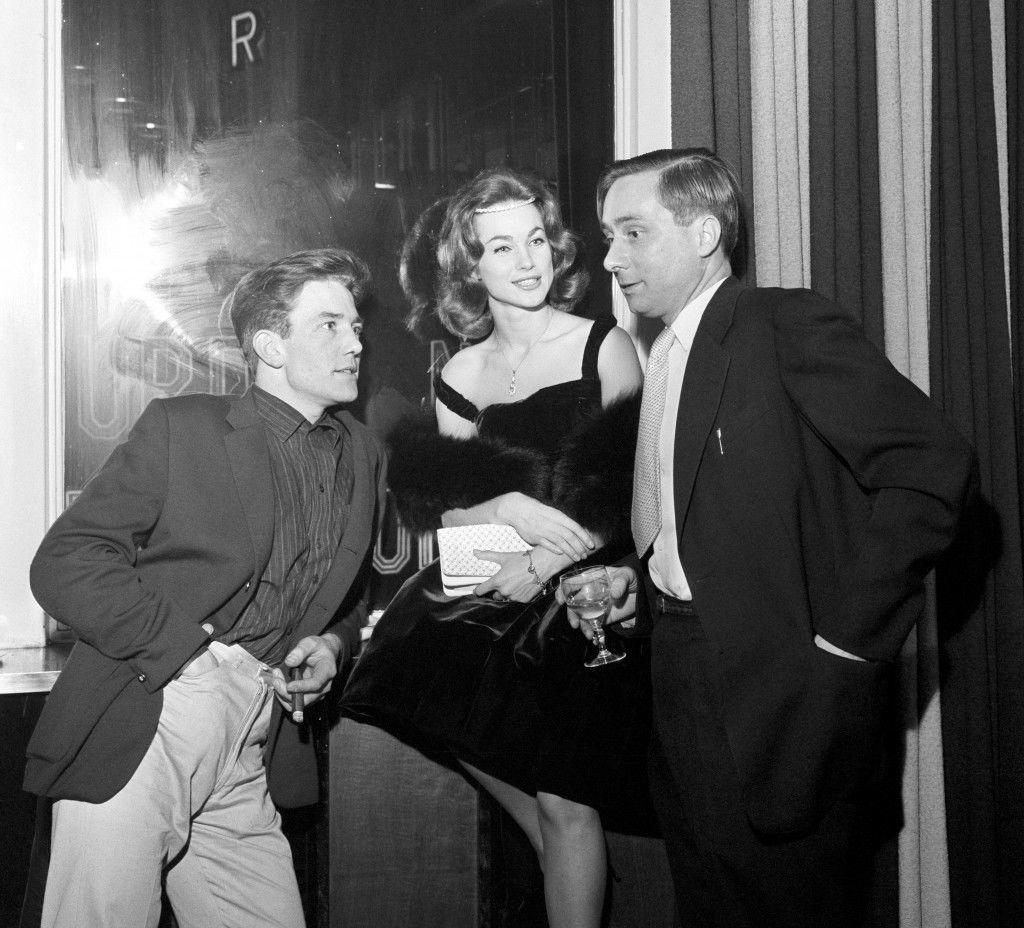 Star of the film Albert Finney (l) co-star Shirley Anne Field and author Alan Sillitoe (r) pictured in a London pub when attending a pre-premier party of ‘Saturday Night and Sunday Morning’ which opens at the Warner Theatre. Many stars attended the party held to get the new film off to a good start. Shortly after this picture was taken Albert Finney made his way to the Cambridge Theatre where he is currently starring in ‘Billy Liar’.
Ref #: PA.8749678 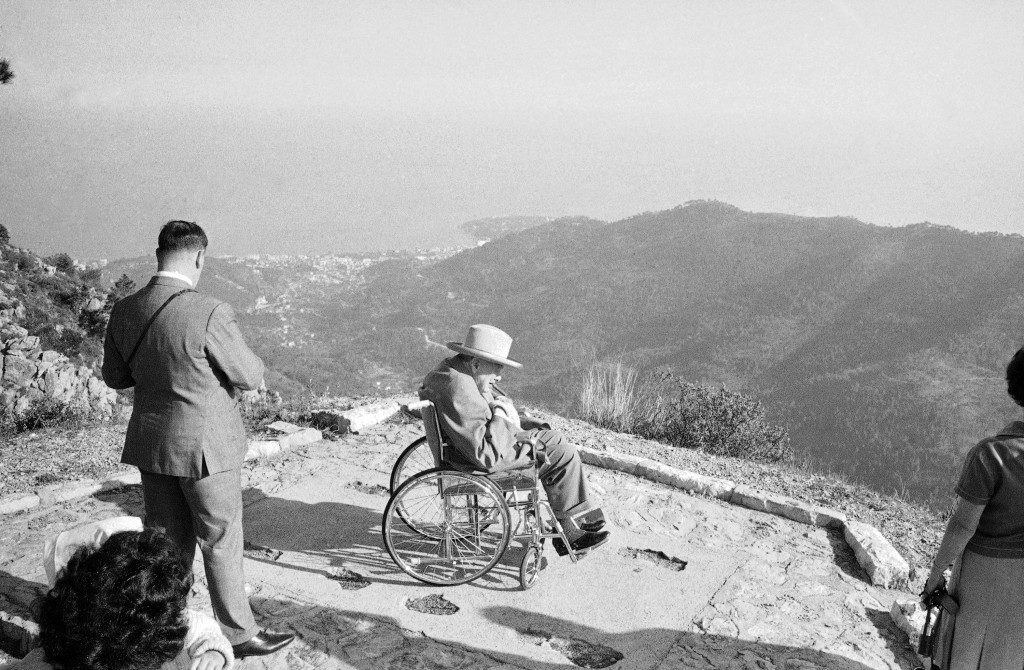 Puffing on his inseparable cigar, Sir Winston Churchill views the Riviera Town of Menton from his wheelchair on the Col De La Madone during a visit to St. Agnes in Monaco on April 22, 1963. Sir Winston is spending a sunshine holiday at the Hotel De Paris in Monte Carlo. (AP Photo/N) 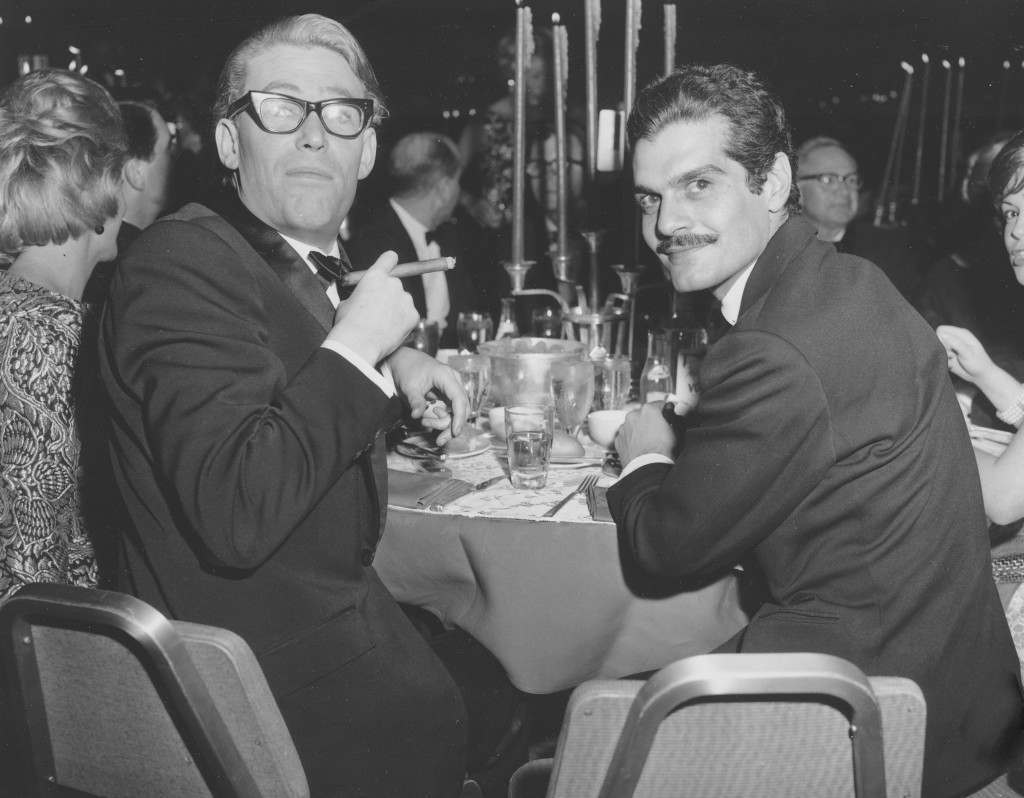 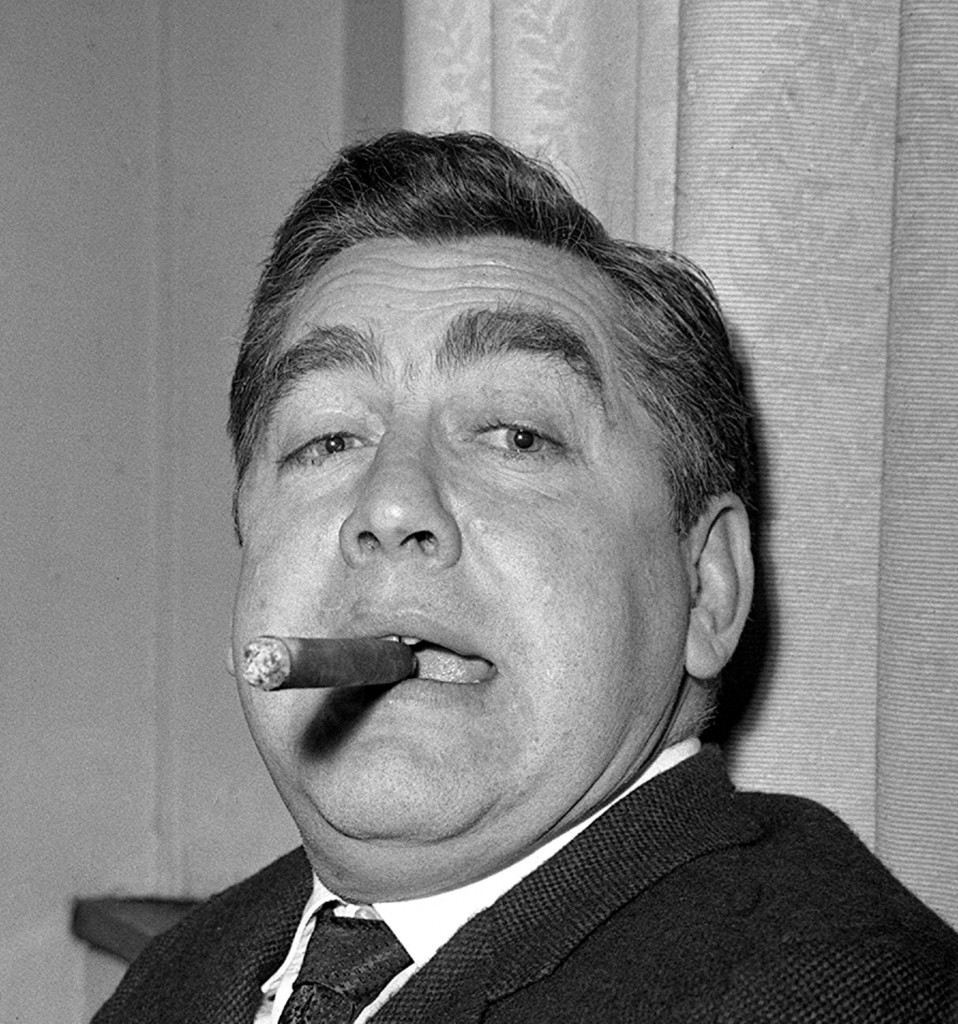 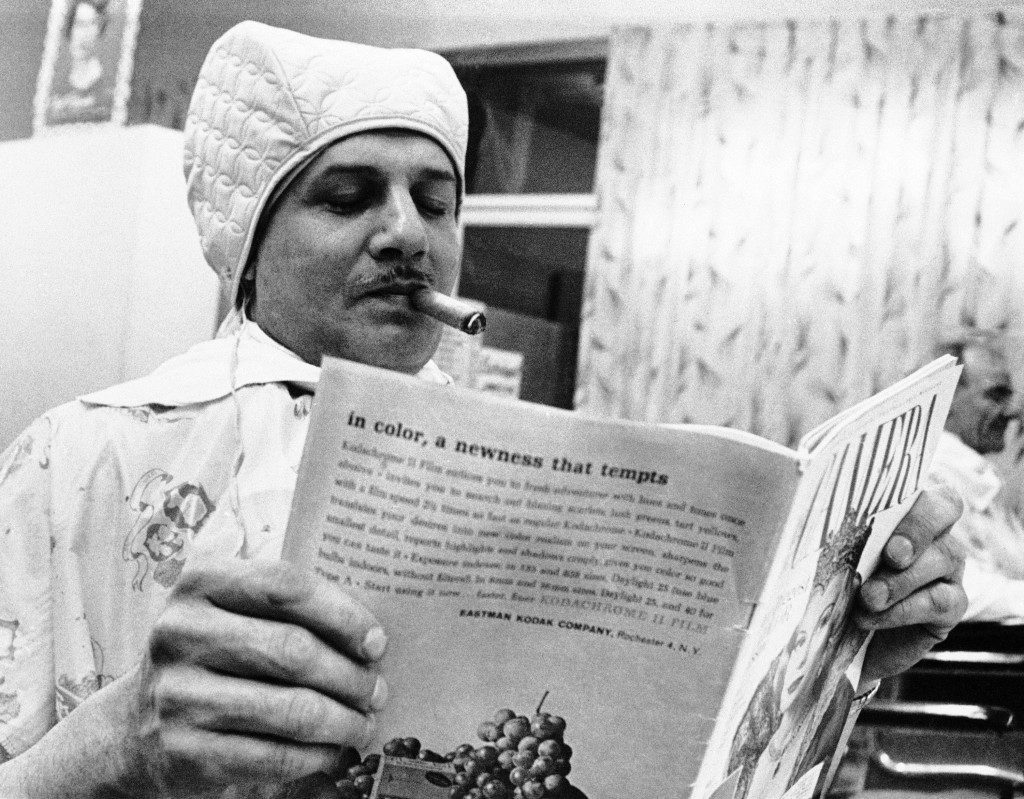 Cigar smoke replaces perfume as Martin Profita of Levittown, N.Y., gets a scalp treatment under a heated hood at a beauty salon in the Long Island, New York on March 30, 1962. The salon is open on Wednesday night for male customers only. They get oil treatments, hair rinses, manicures, mud packs and facials by the salonÂs beauticians. But no shaves or hair cuts. (AP Photo) 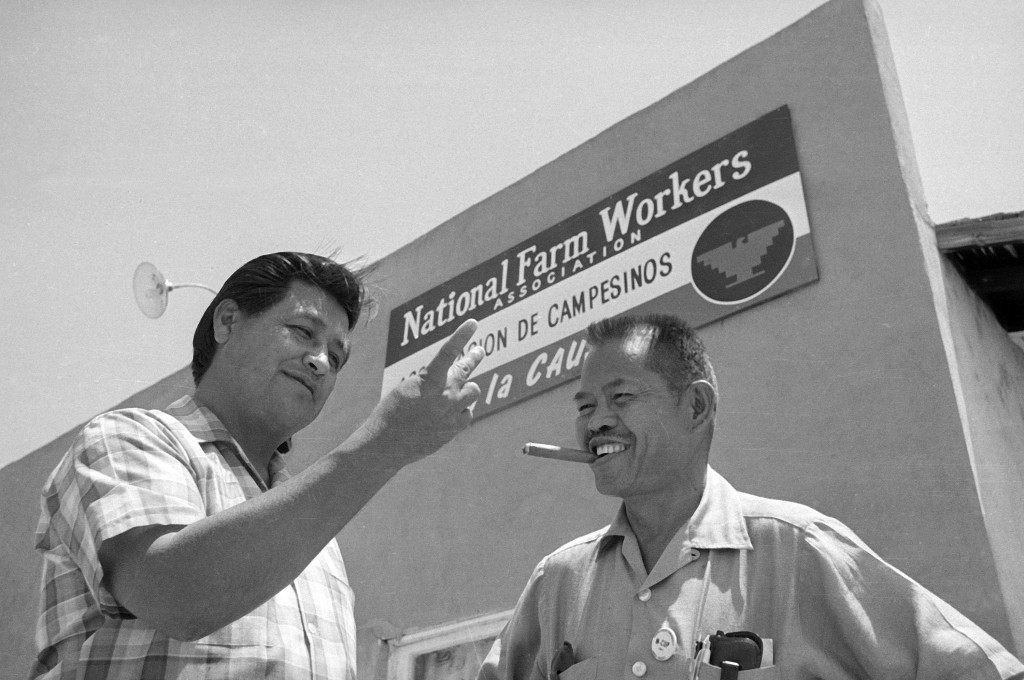 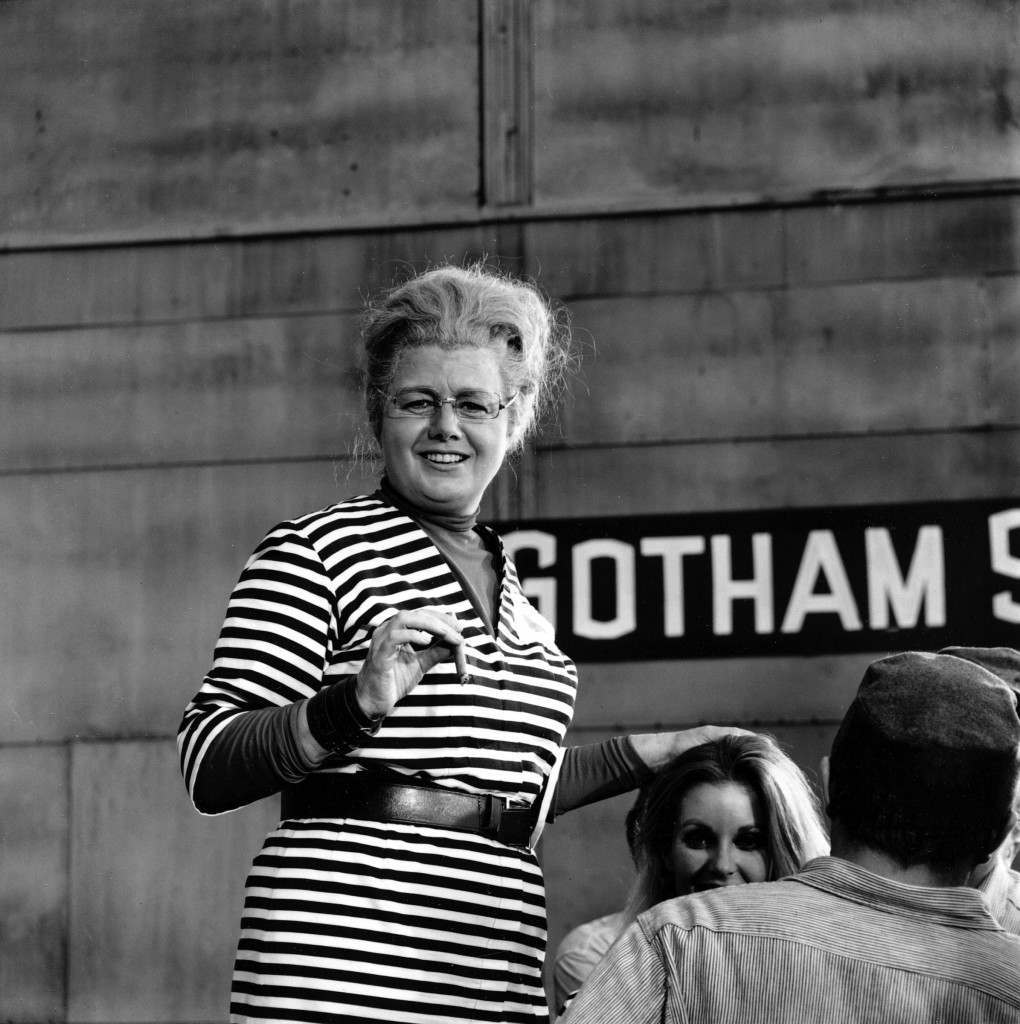 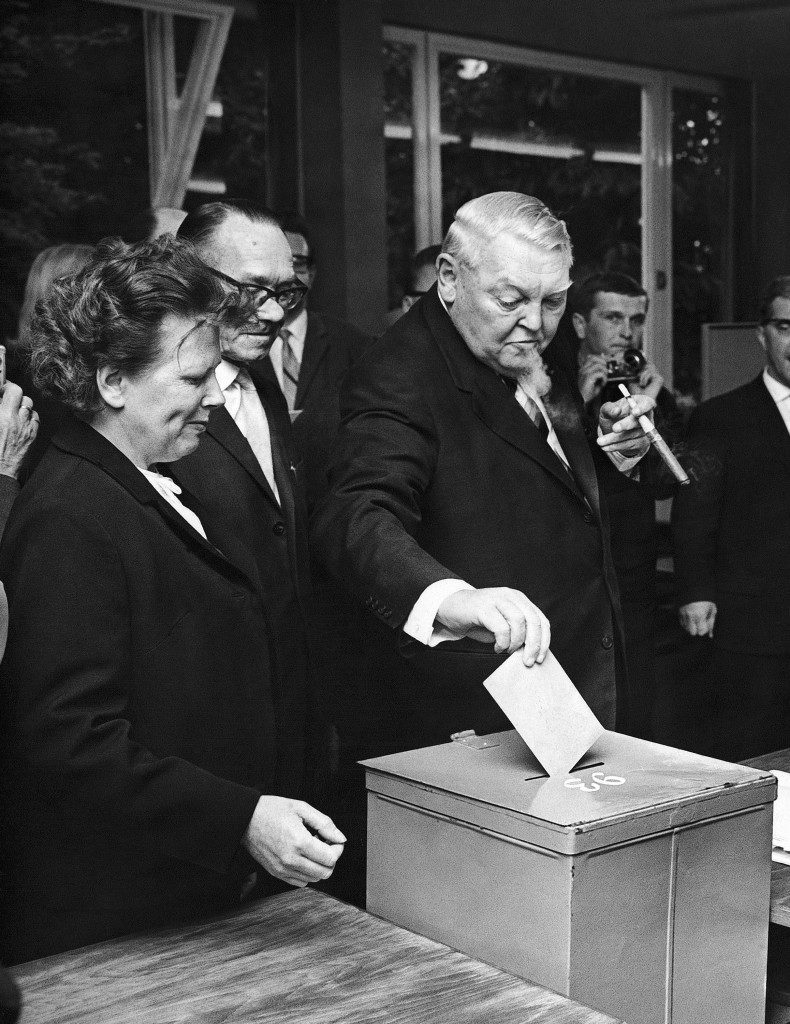 Puffing at his cigar, Ludwig Erhard, Chancellor of West Germany, casts his ballot as he votes in the General Election on September 26, 1965 in Bonn, Germany. The result was a win for his Christian Democratic Party. (AP Photo) 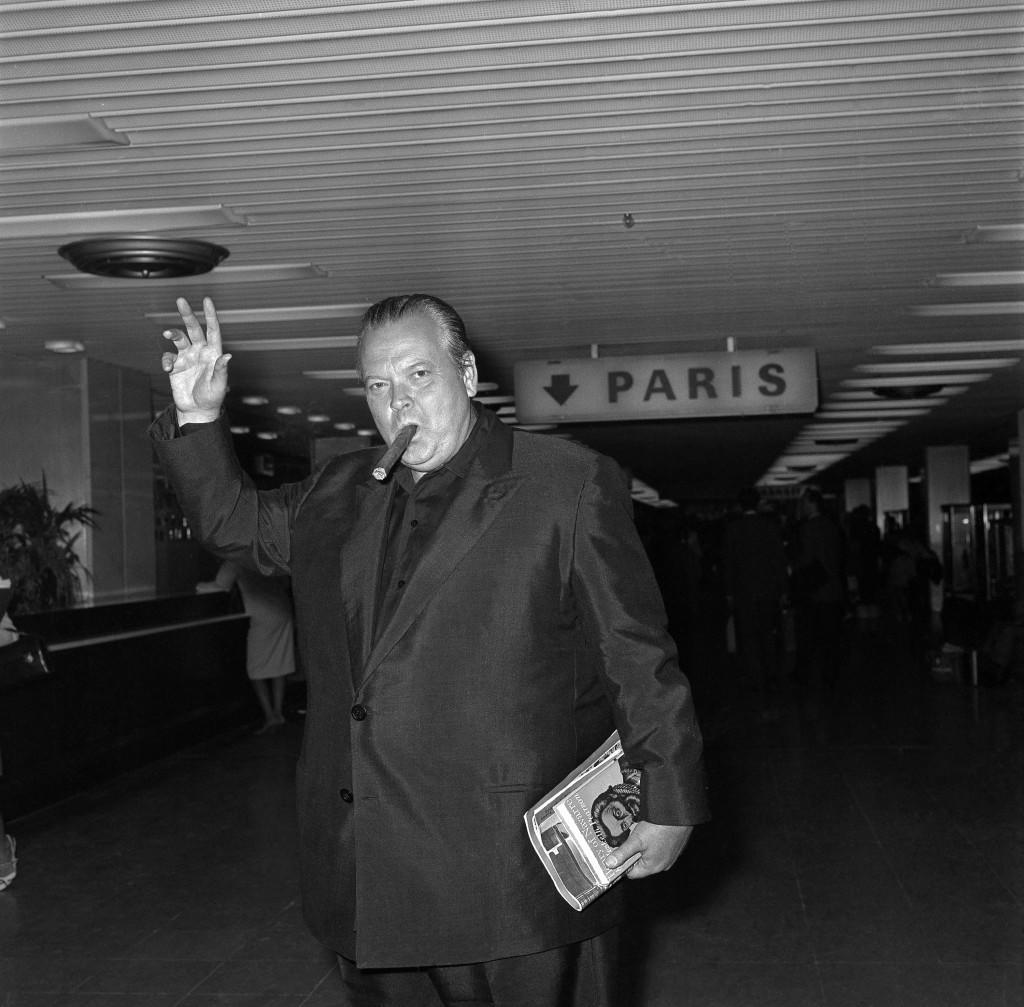 With a Winston Churchill-size cigar, American film director Orson Welles arrives at Orly Airport, July 19, 1966 from Madrid. He will attend the Paris premiere of his film ÂShimes at MidnightÂ adapted from ShakespeareÂs ÂFalstaffÂ and fly back to Madrid on July 20, to resume work on his latest film Don Quixotte. (AP Photo/Levy) 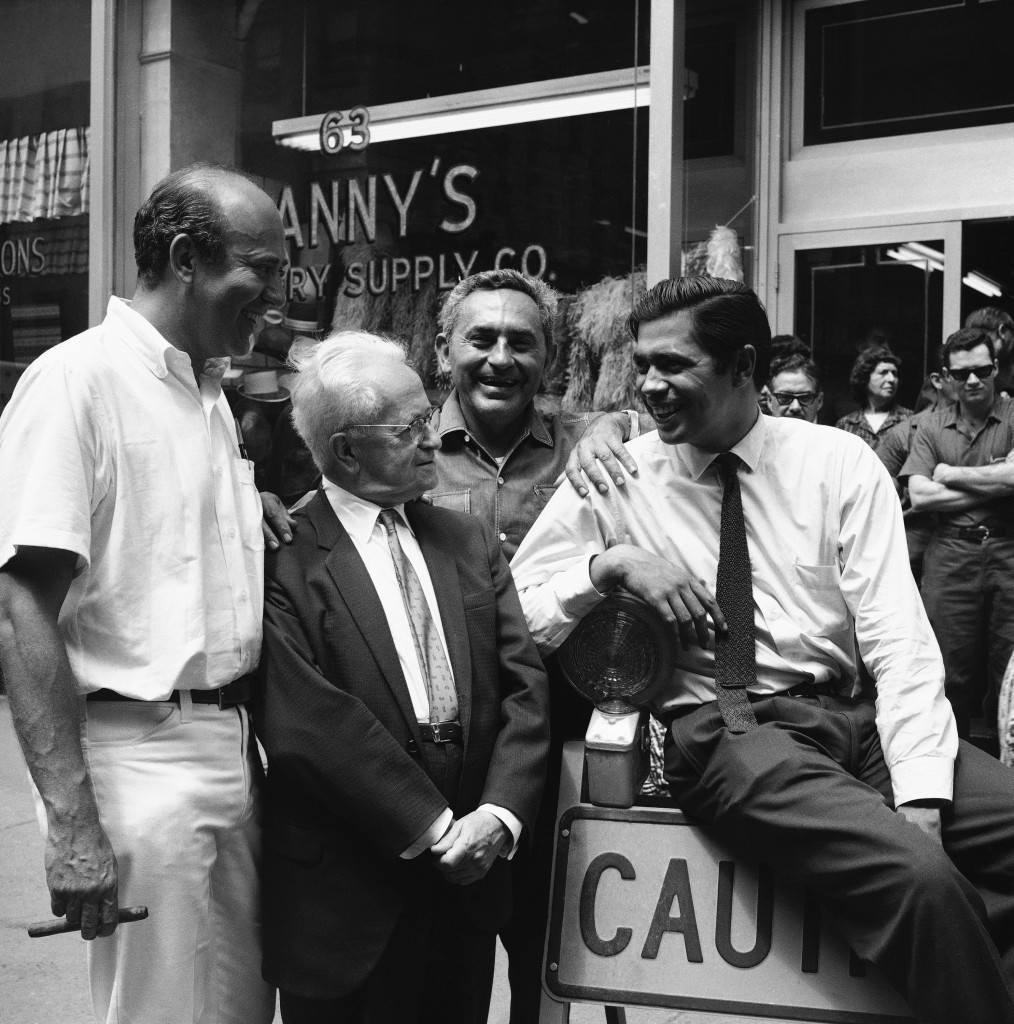 In between shootings, producer-director (and TV comic) Carl Reiner, left, discusses the scene to be played with the star, Reni Santoni, right, while on location for Columbia Pictures version of the same-name Broadway comedy, Enter Laughing, West 38th Street, Aug. 9, 1966, New York. 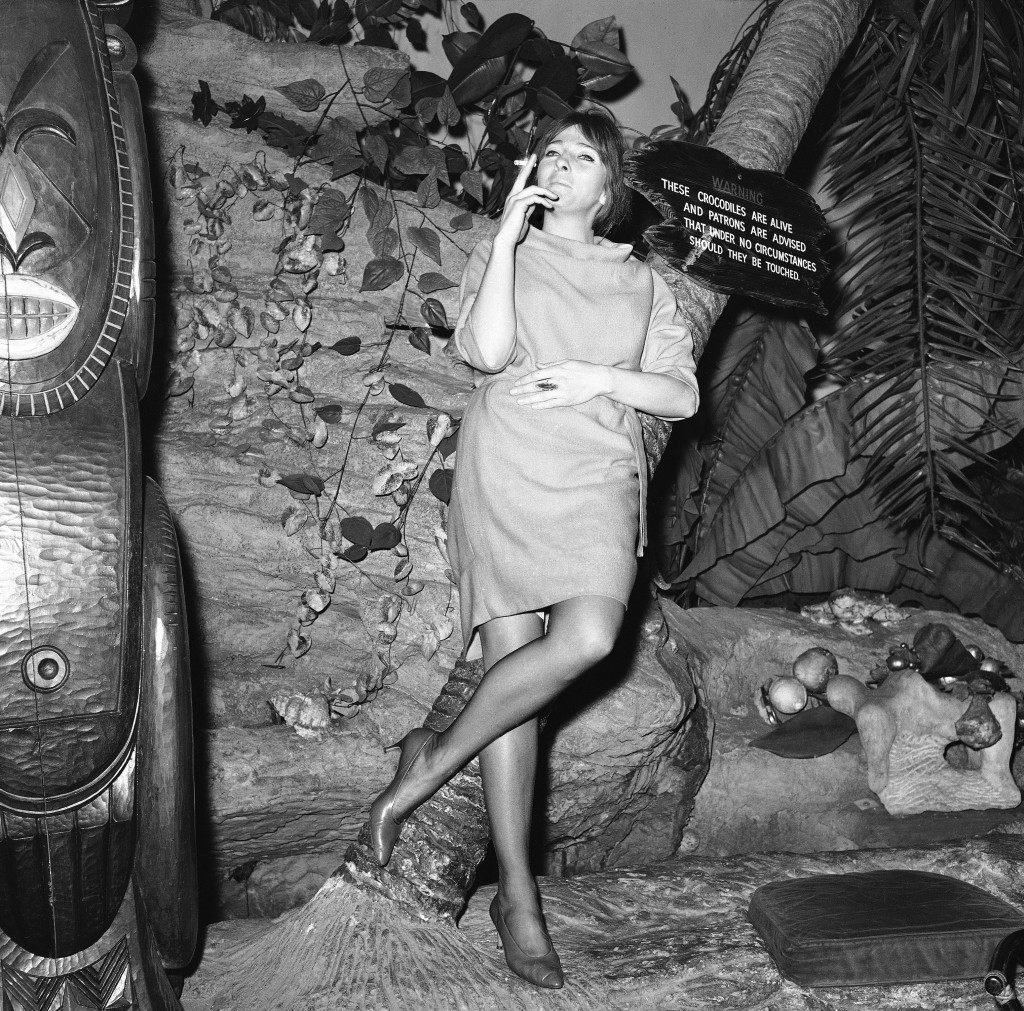 American folk singer Judy Collins is pictured during a press reception in the Beachcomber restaurant in London March 15, 1966. Judy is here for a British tour and to make various records for Decca Records Ltd. (AP Photo) 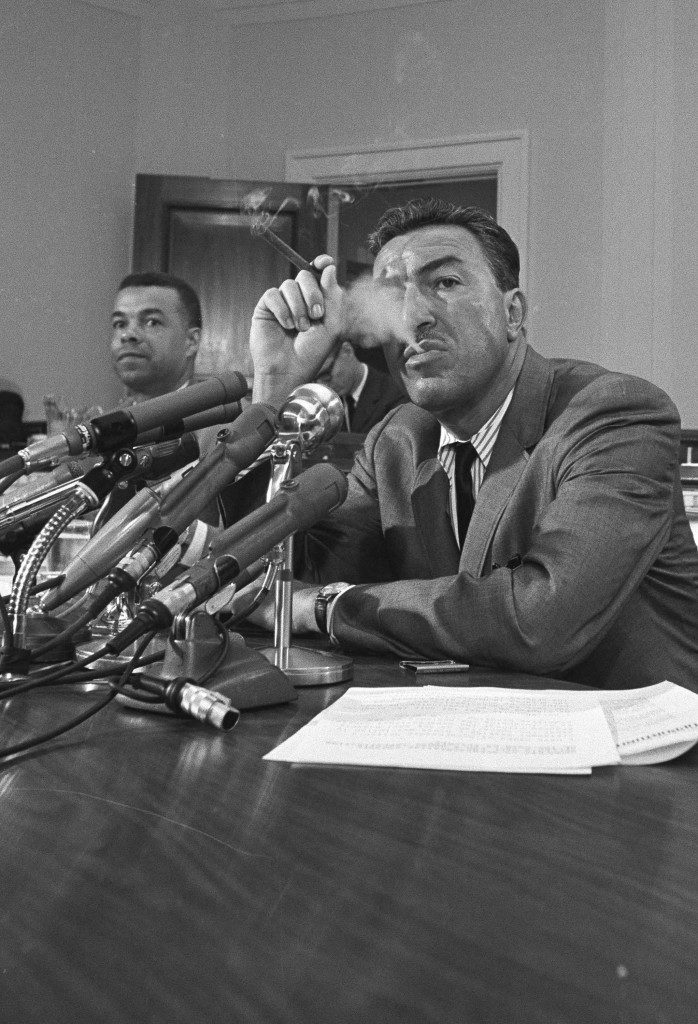 Rep. Adam Clayton Powell (D-N.Y.), blows a cloud of cigar smoke at a Capitol Hill news conference in Washington, May 12, 1965. Powell, chairman of the House Education and Labor Committee, announced a victory in his campaign to increase the participation of the poor in the anti-poverty programs. In return for pledges on that point he promised fast action on a bill, which he had been holding up, to extend and expand the operation. (AP Photo/Charles Gorry) 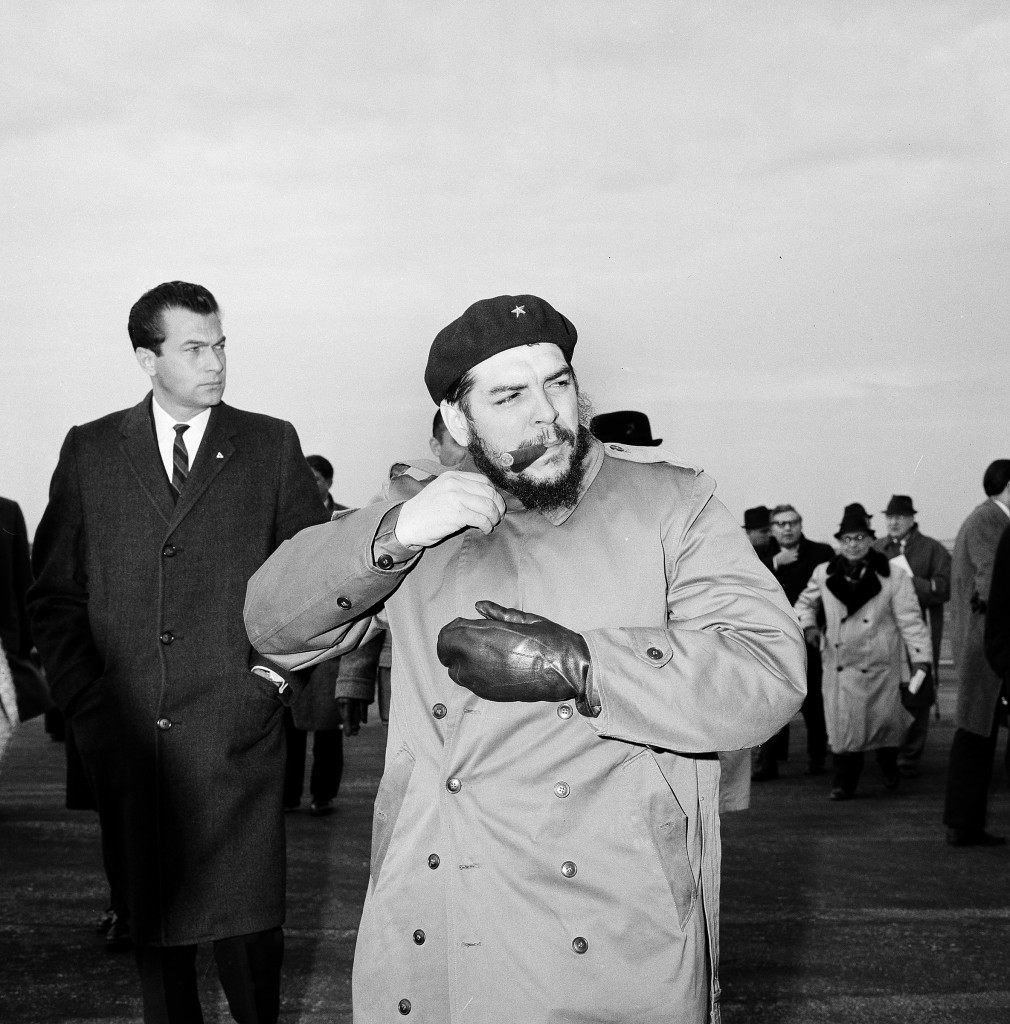 Cuba’s Minister of Industry, Ernesto “Che” Guevara, buttons his coat at New York’s Kennedy Airport, Dec. 17, 1964, prior to taking off for an unexplained flight to Gander, Newfoundland. (AP Photo) 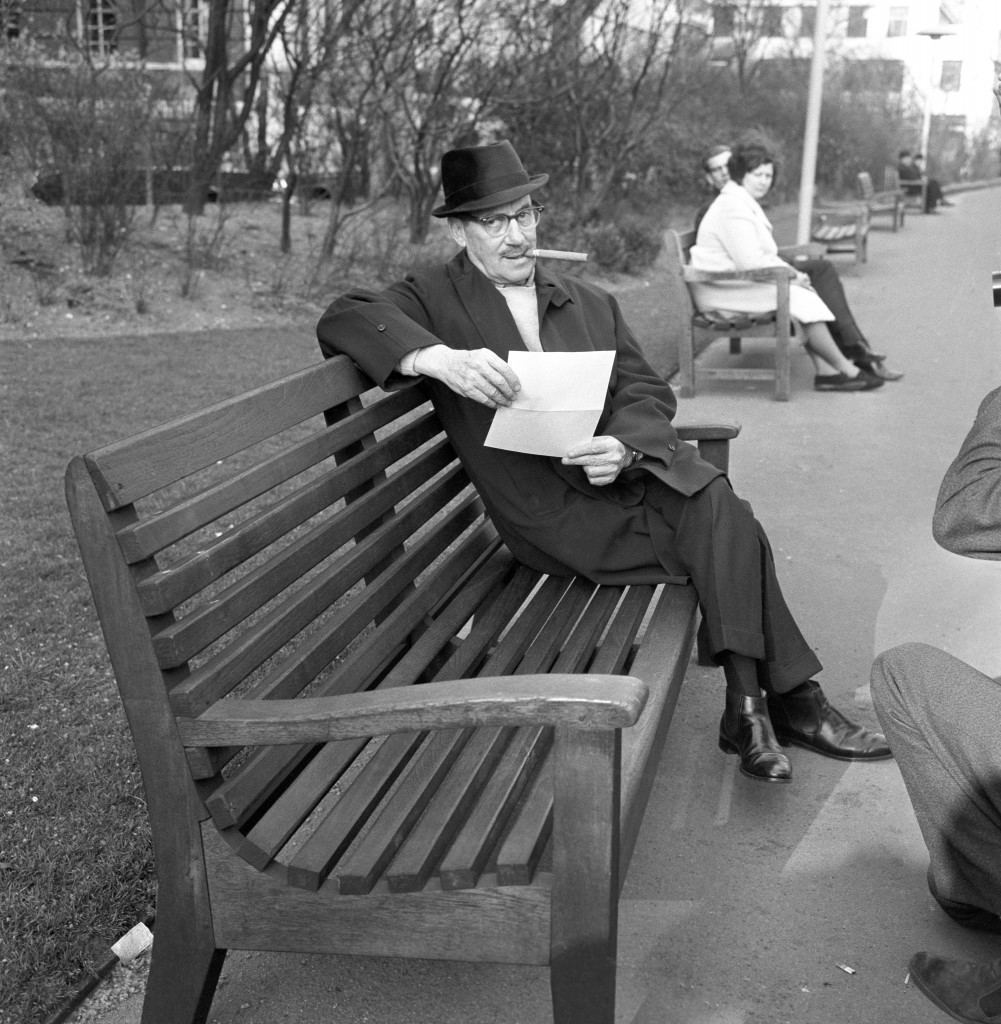