FLASHBACK to the Peel P50:

…a three-wheeled microcar originally manufactured from 1962 to 1965 by the Peel Engineering Company on the Isle of Man. Until 2009 it held the record for the smallest automobile to go into production. It has no reverse gear, but a handle at the rear allows the very lightweight car to be physically maneuvered when required.

Designed as a city car, it was advertised as capable of seating “one adult and a shopping bag.” The vehicle’s only door was on its left side, and equipment included a single windscreen wiper and only one headlight – Wikipedia 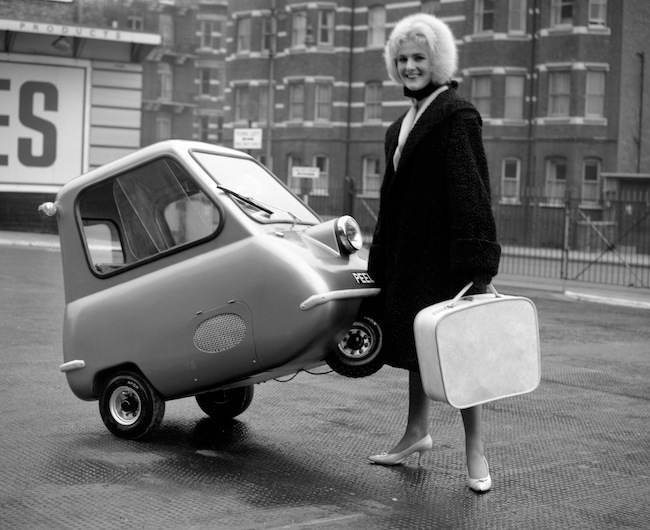 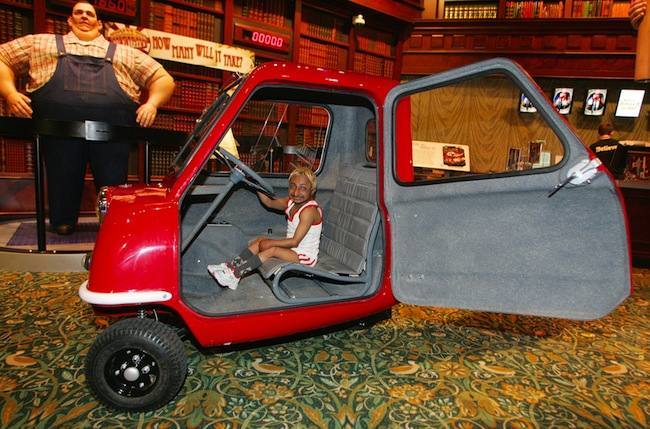 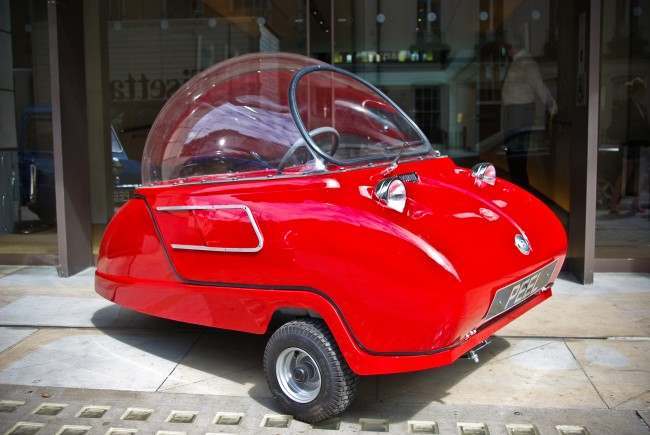 My other car’s a can of tuna…